[0019] The invention is defined by the appended claims.
[0020] The present invention shall be better understood upon reading the following description, in light of the attached drawings.

Figure 3 illustrates a standard TOF sensor used in a stack such as illustrated in Figure 2.

Figure 4 illustrates a custom optimized TOF sensor for a stack such as illustrated in Figure 2 .

Figure 5 illustrates a stack, such as illustrated in Figure 2 , using 4 separate TOF sensors.

1. A TOF camera system (3) comprising several cameras (1, 107), at least one of the cameras being a TOF camera, wherein the cameras are assembled on a common silicon-based substrate (100) and are imaging the same scene (15), wherein the several cameras comprise at least two colour cameras which are driven by stereoscopic technique and provide a stereoscopic principle based depth measurement, wherein an image fusion of the information of the stereoscopic principle based depth measurement with the information of a depth map originated from the TOF camera is computed which yields an improved and/or refined resulting image with at least a higher quality depth measurement for each single pixel or a higher resolution.
2. A TOF camera system (3) according to claim 1, further comprising an array of lenses (101-104), each lens of the array being associated to each of the cameras. 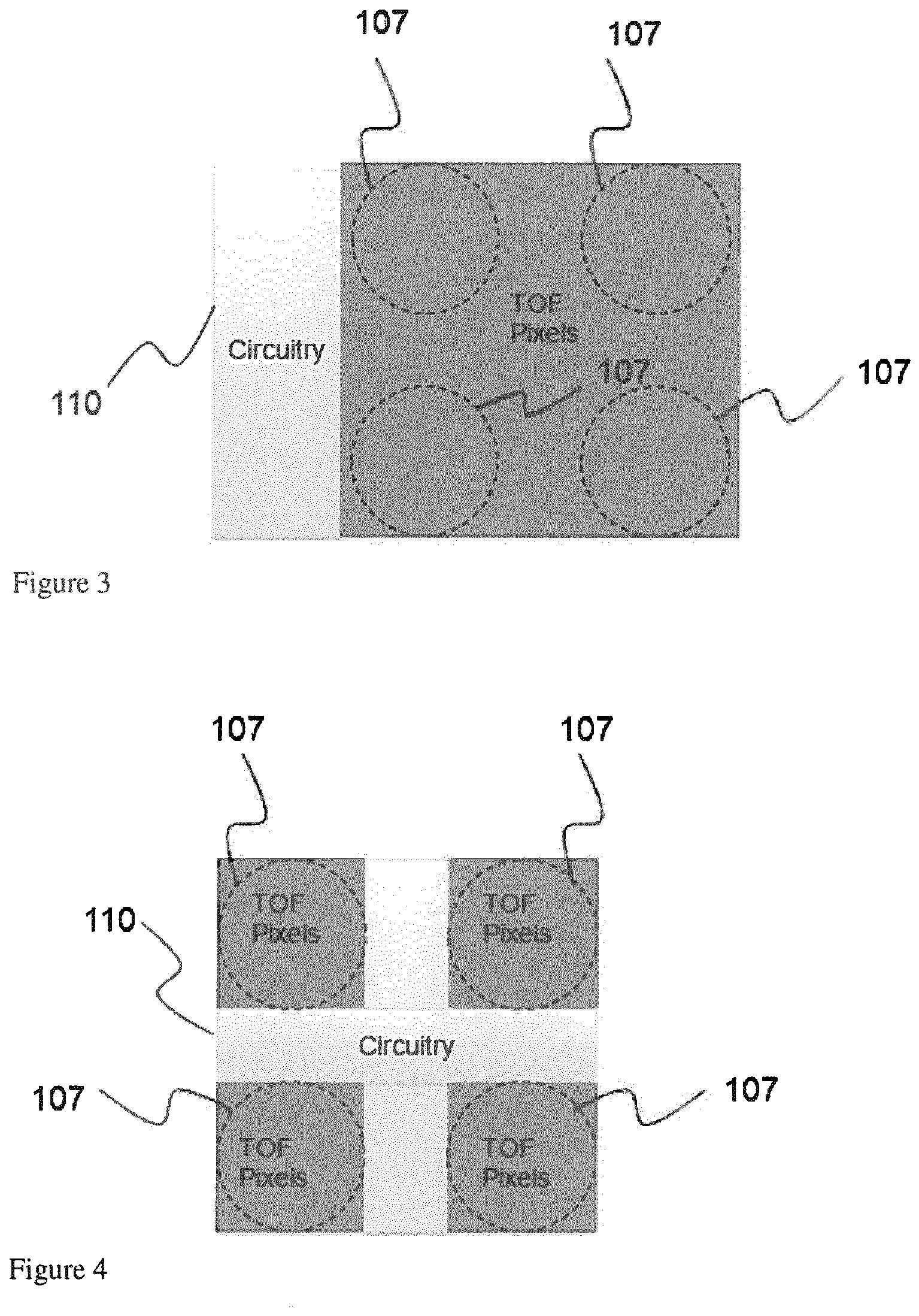 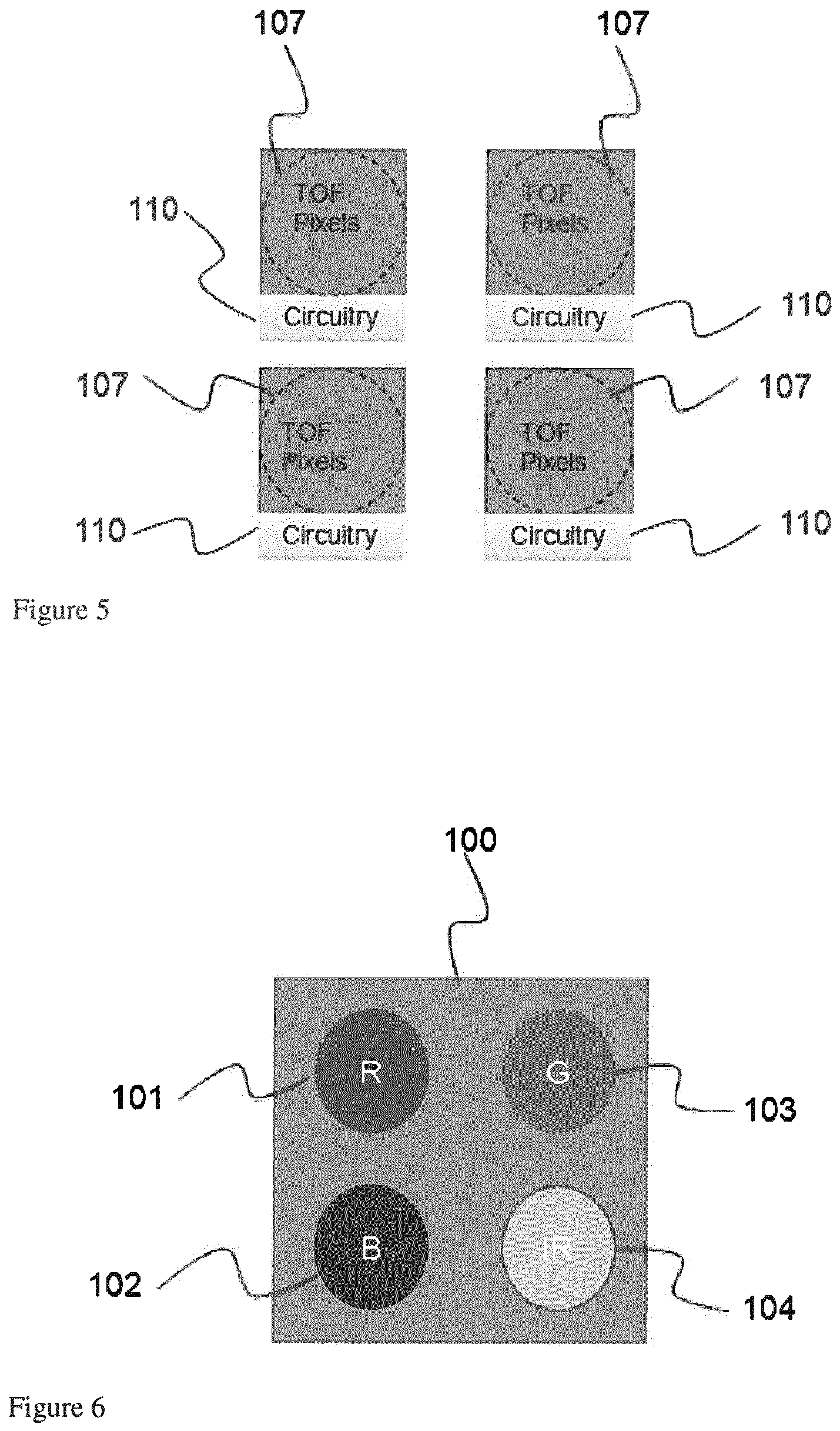