[0001] Three-dimensional or stereoscopic video is a proven technology that is in the midst of a renaissance due to improved techniques for simultaneously delivering slightly different images, known as stereoscopic images, to a pair of offset eyes. When each of the left and right eyes view their respective portions of a stereoscopic image having a horizontal disparity, the human brain generates an illusion of depth perception from the disparity. Early stereoscopic cinema relied on different-colored filters worn over each eye to create the depth perception effect, but the overall color of the screen images appeared muted. Newer technology uses polarization filters to separate the images each eye sees. Such techniques are reaching larger audiences because of the widespread adoption of digital projectors in movie theaters, which make it easier to project stereoscopic images than did legacy equipment. With reference to Figure 1, the mechanics of viewing a stereoscopic image are illustrated in a scene 10. Although the left and right eyes 2, 4, are focused on the same screen 6, filters 12 and 14 use filtering techniques such as those described above, or others, causes each eye to see a slightly different image. The brain then translates spatial, especially horizontal disparity of the same or similar objects in the image as the object having depth, when, in fact, both objects are projected on the same screen 6. There is accordingly a need to accurately measure disparity in stereoscopic images and to convey the measurement to a user in an informative way.
[0002] Although there are methods to measure spatial disparity of three-dimensional images, such as those described in a paper "A Taxonomy and Evaluation of Dense Two-Frame Stereo Correspondence Algorithms," by Daniel Scharstein and Richard Szeliski, Microsoft Technical Report MSR-TR-2001-81, available at www.research.microsoft.com, which is referred to as the "Technical Report", they are typically complex and require a large amount of computing power, making them unsatisfactory to use for real-time analysis due to the large expense of processing required.
[0003] Embodiments of the invention address these and other limitations in the prior art.
[0004] Document WO 03/036992 discloses a method and apparatus for performing correspondence estimation between pixels of a stereo image pair and to obtain matching information for corresponding pixels in each image. Document US 2009/041336 discloses a system and method for stereo image matching, using a disparity estimation method. Document BOEV A ET AL, "Towards compound stereo-video quality metric: a specific encoder-based framework", IMAGE ANALYSIS AND INTERPRETATION, 2006 IEEE SOUTHWEST SYMPOSIUM ON DENVER, CO MARCH 26-28, PAGE 218 - 222, discloses a compound full-reference stereo-video quality metric. Document WO2010015957 discloses a similarity measure in image registration that is computed of first and second images offset at a plurality of relative axial offsets, and where a starting relative axial offset between the first and second images is identified based on the computed similarity measures.

[0005] There is provided a method of generating difference data from a stereoscopic image having left and right image components as set out in claim 1.

Figure 1 is a block diagram of a 3D delivery system according to the prior art.

Figure 3 is a flow diagram of an example method of efficiently measuring stereoscopic disparity according to embodiments of the invention.

Figures 4 and 5 are each graphs of average luminance values of a respective line of a vertically downsampled stereoscopic image from video frames according to embodiments of the invention.

Figure 6 is a graph of a continuously local mean of the luminance values of the left image illustrated in Figure 4 according to embodiments of the invention.

Figure 7 is a graph of a continuously local mean of the luminance values of the right image illustrated in Figure 4 according to embodiments of the invention.

Figure 8 is a graph of difference values created from comparing the downsampled image lines to their own local mean, for both left and right images, according to embodiments of the invention.

Figure 10A is a graph illustrating measuring of matching of the data plot for the vertical sub-image illustrated in Figure 9.

Figure 10B is a graph illustrates the measure of matching for a particular pixel of the stereoscopic image illustrated in Figure 9.

Figure 11 is a mismatch image created from the generated difference values according to embodiments of the invention.

Figure 12 is a disparity image created from the generated difference values according to embodiments of the invention.

Figure 13 is a functional block diagram illustrating an example system for performing embodiments of the invention.

1. A method of generating difference data from a stereoscopic image having left and right image components, the method comprising:

vertically downsampling (102) each of the left and right images into a set of downsampled image lines;

creating an unsharp mask (106) for at least one of the downsampled image lines by:

comparing the stored sets of comparison data from the left image and the right image to one another;

quantifying a difference value between the stored sets of comparison data; and

3. The method of claim 2, further comprising: 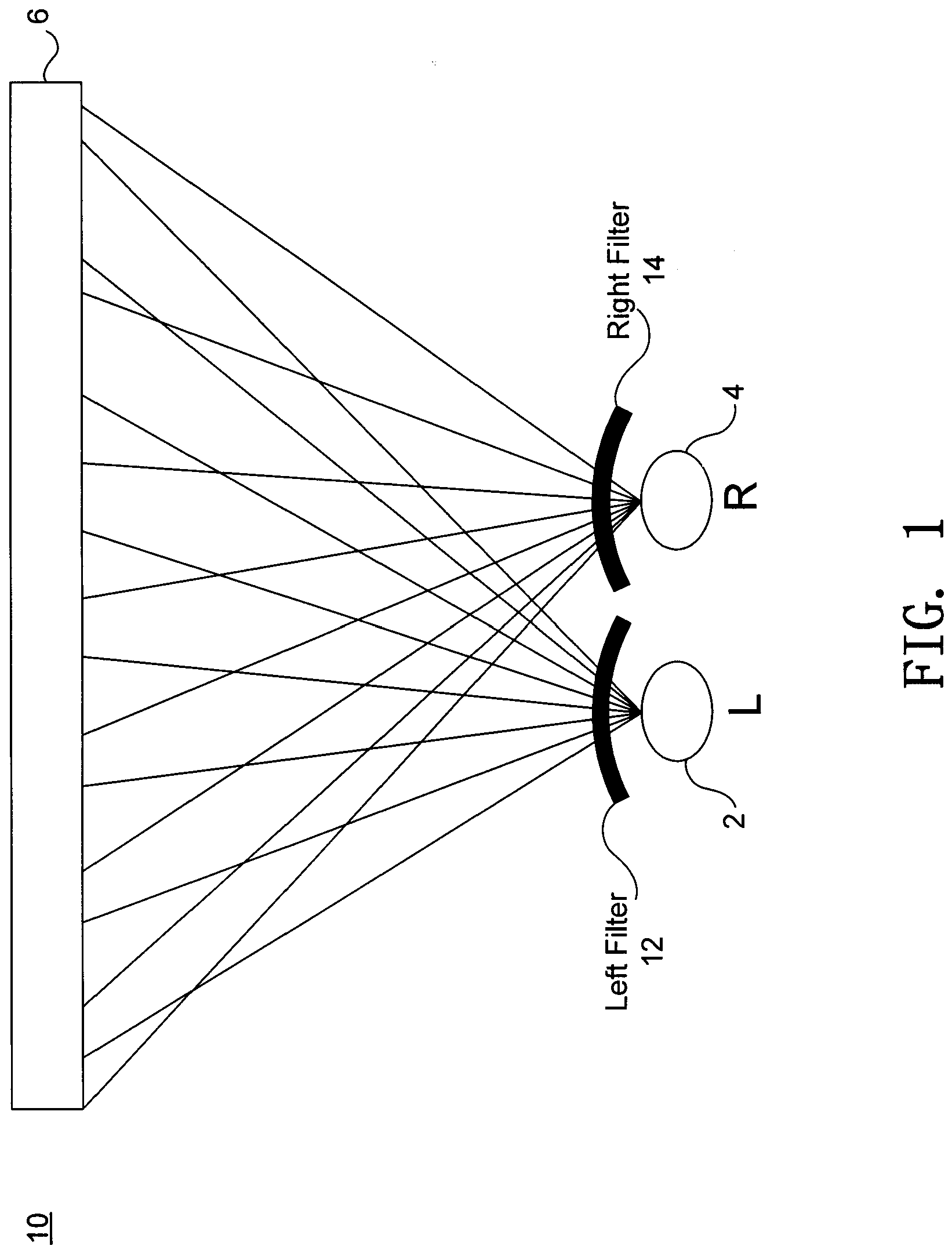 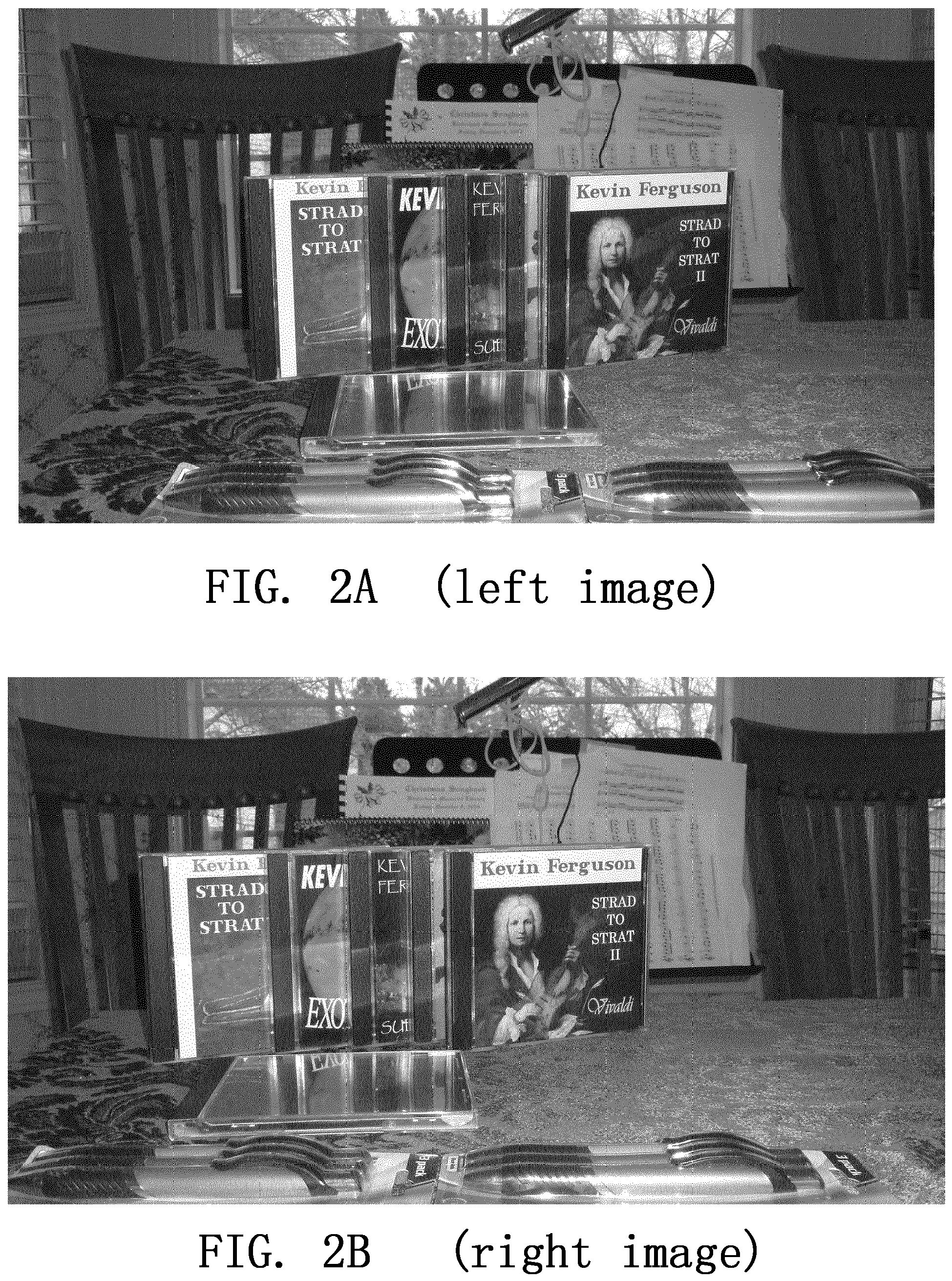 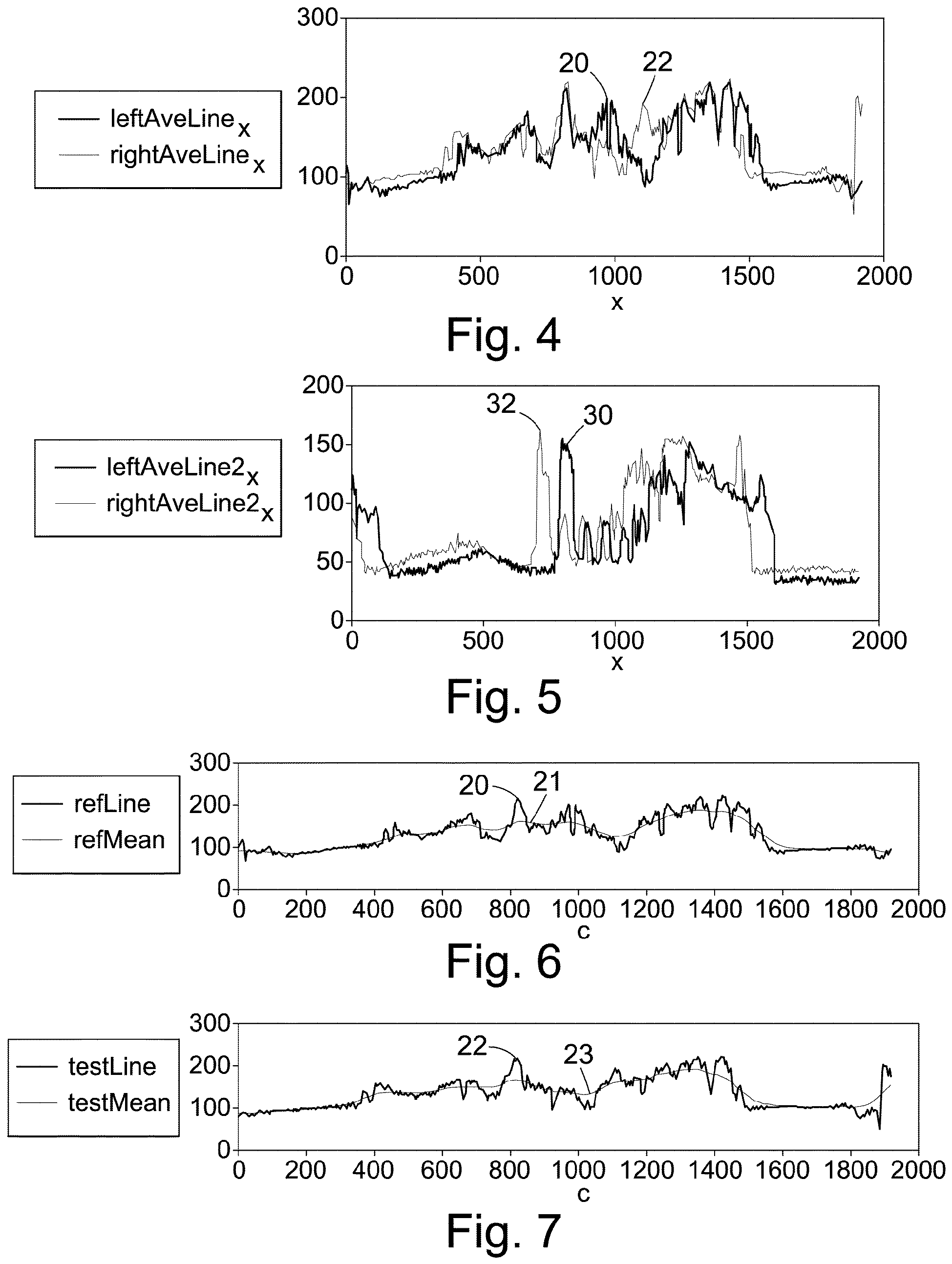 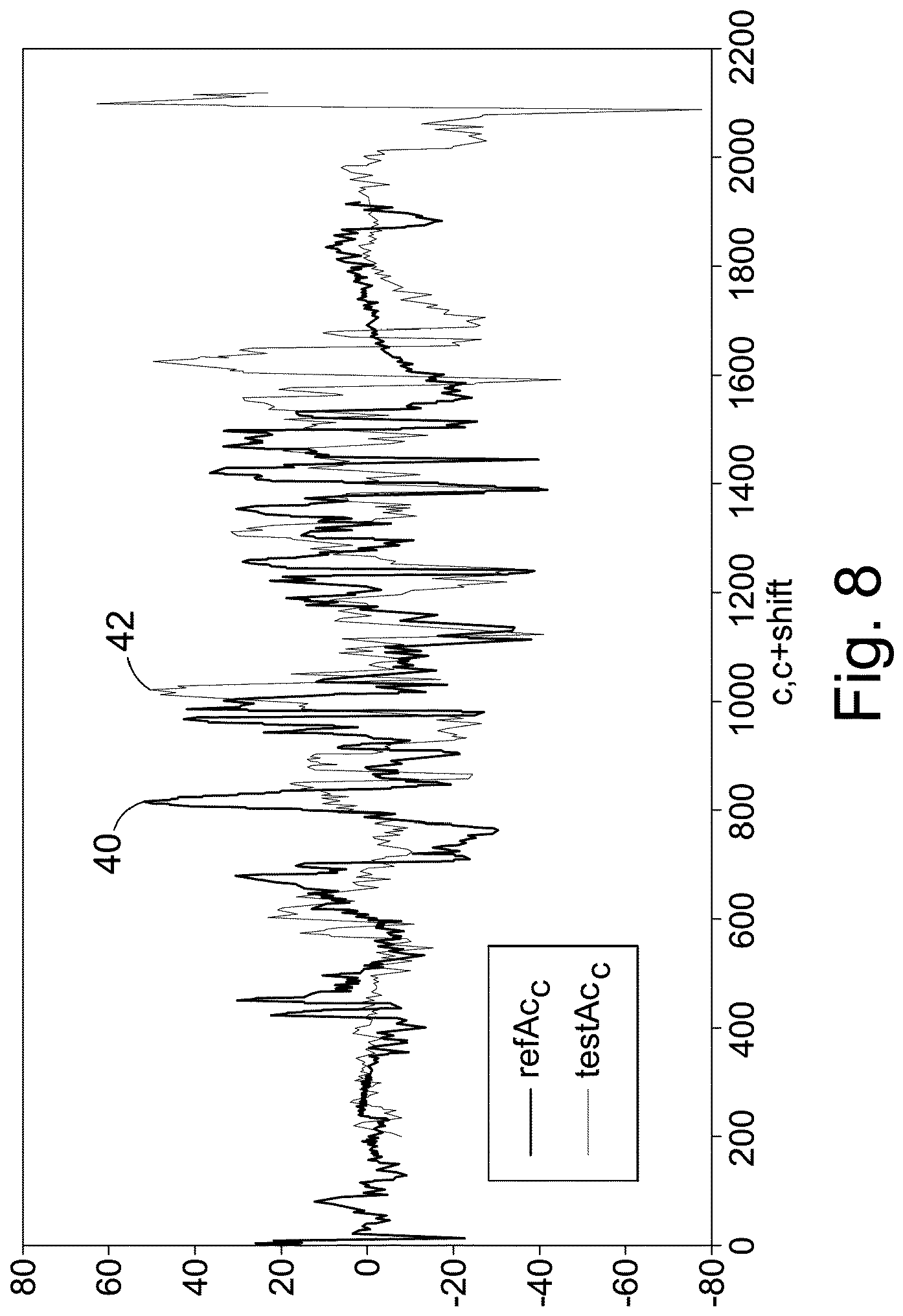 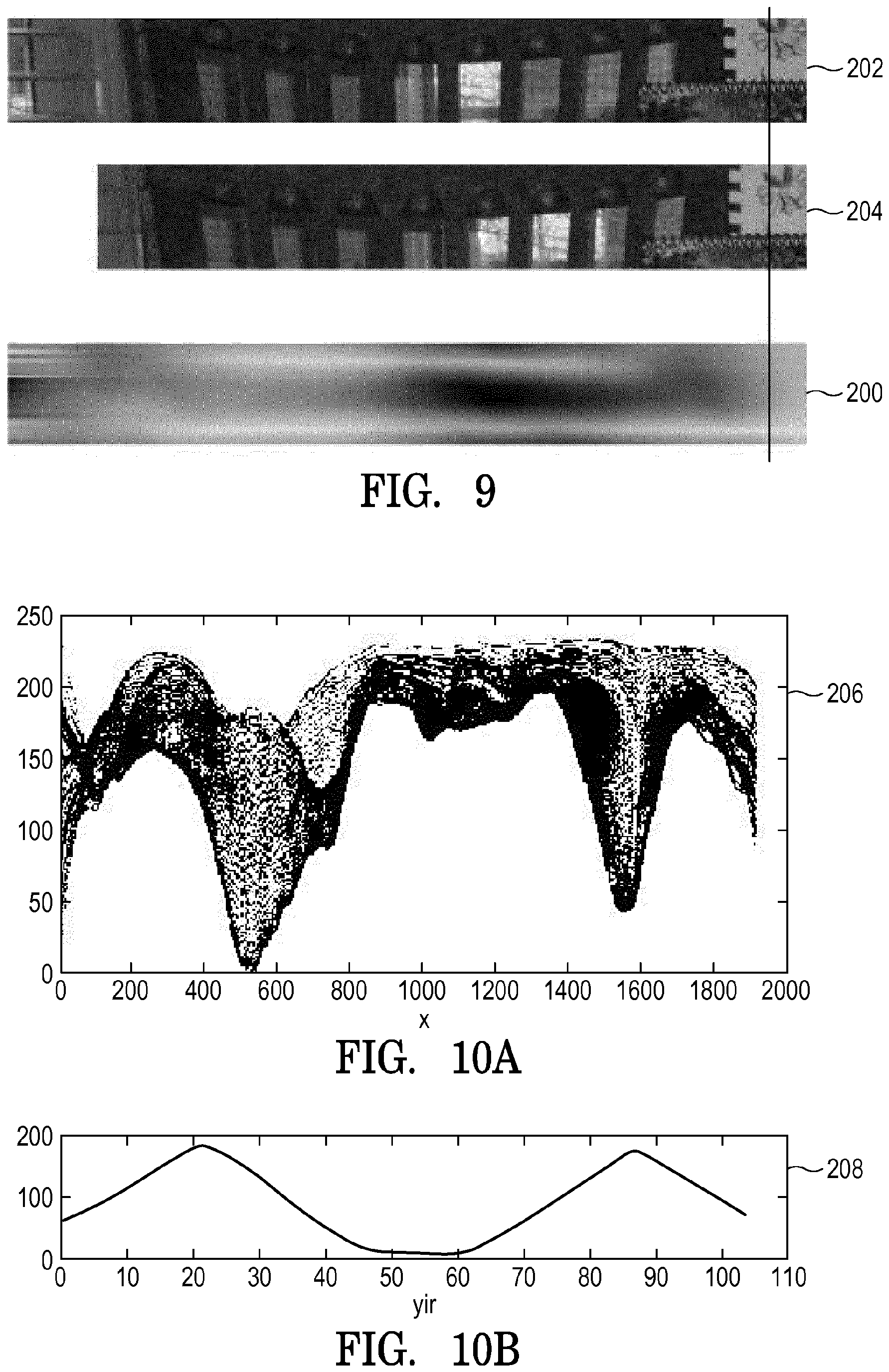 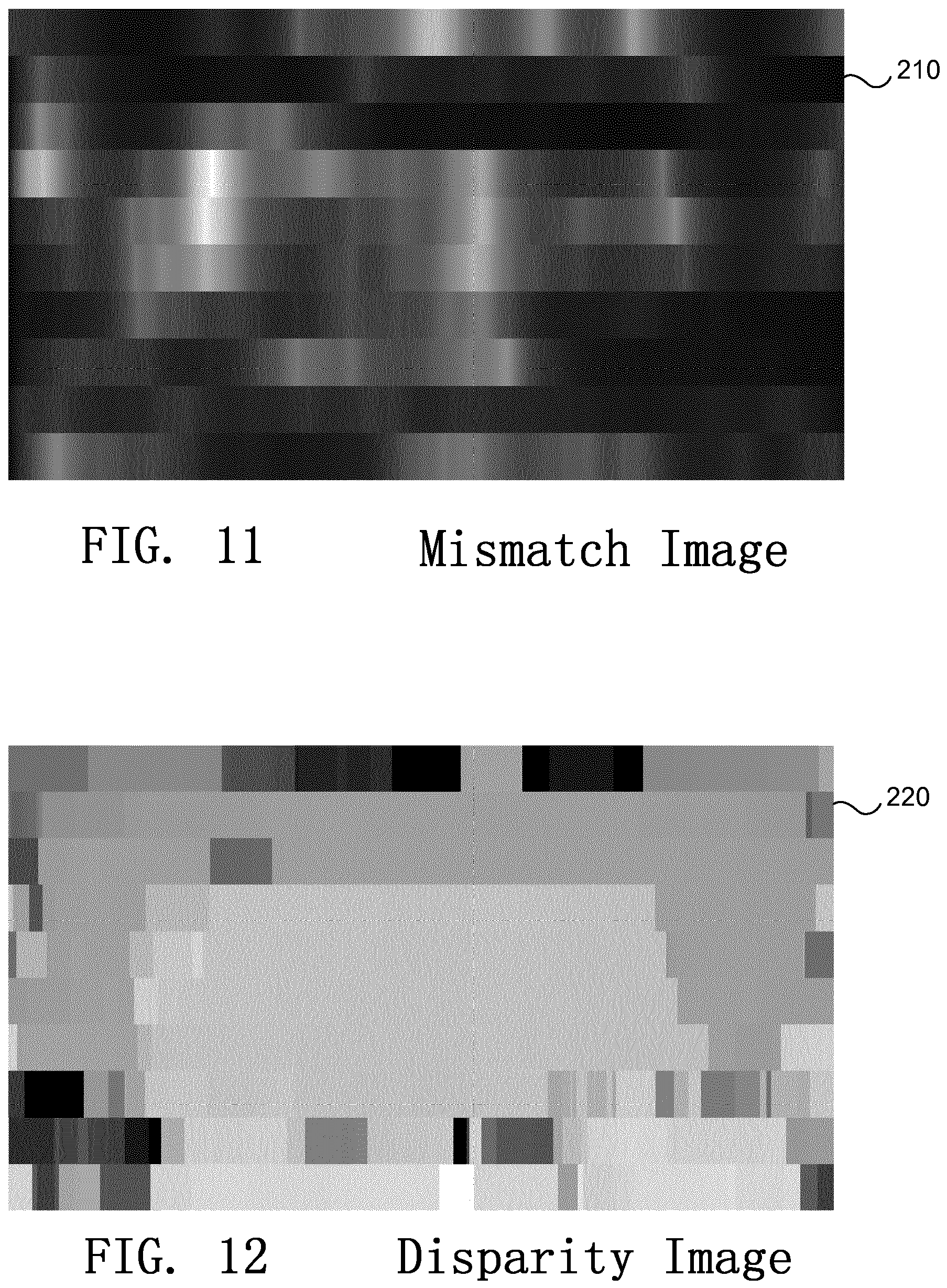 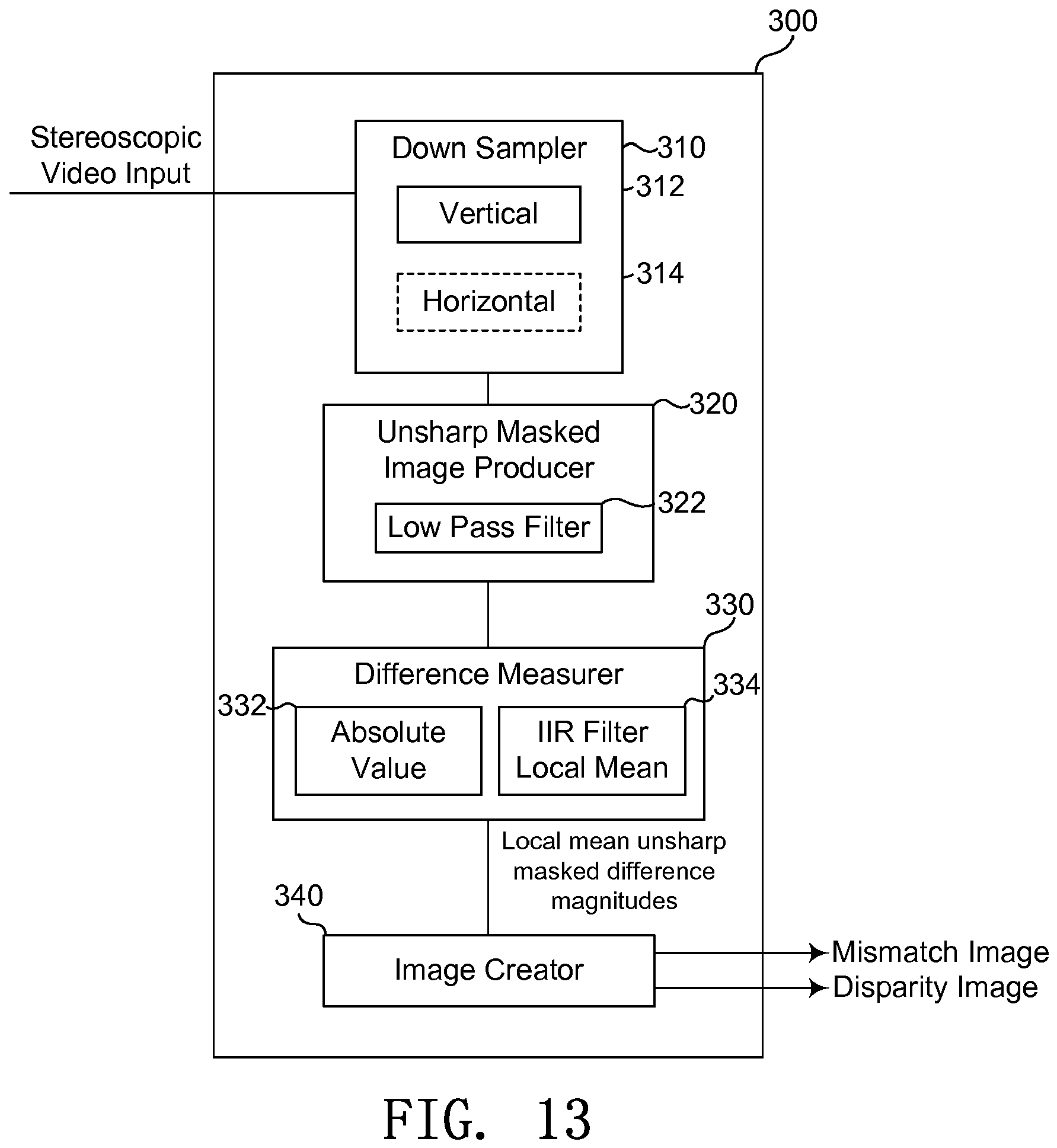