Fig. 1
shows a system for hybrid transport;
Fig. 2
shows a charger for the transport system of Fig. 1 and
Fig. 3
shows a method for extending the cruising radius of an electric vehicle with the system of Fig. 1.

- a second electric interface (210) for connecting to or disconnecting from the vehicle (105) and to exchange electric energy to charge the electric vehicle;

- a power converter (215) for converting power from the first interface (205) into power for the second interface (210);
characterized in also comprising: 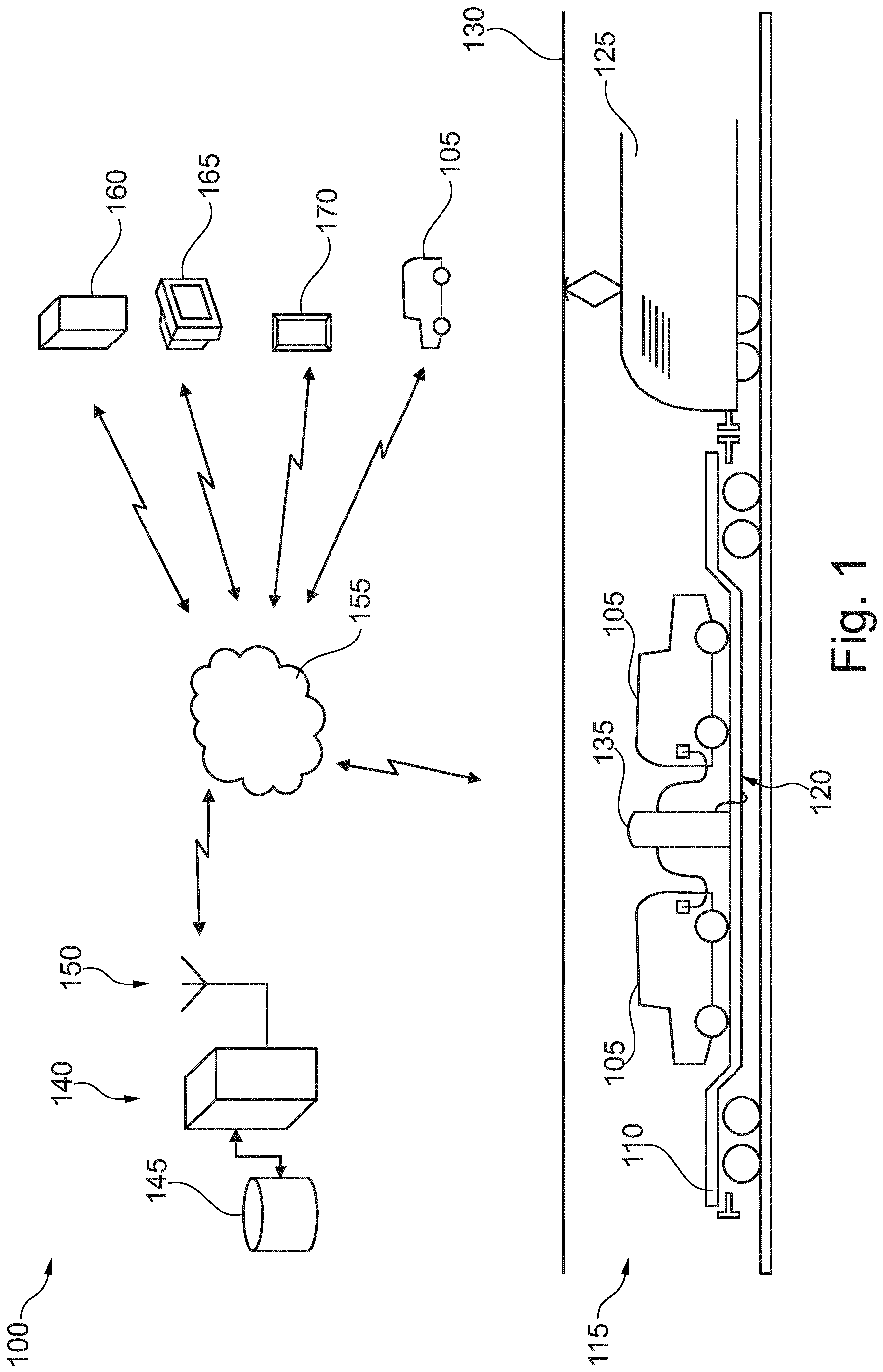 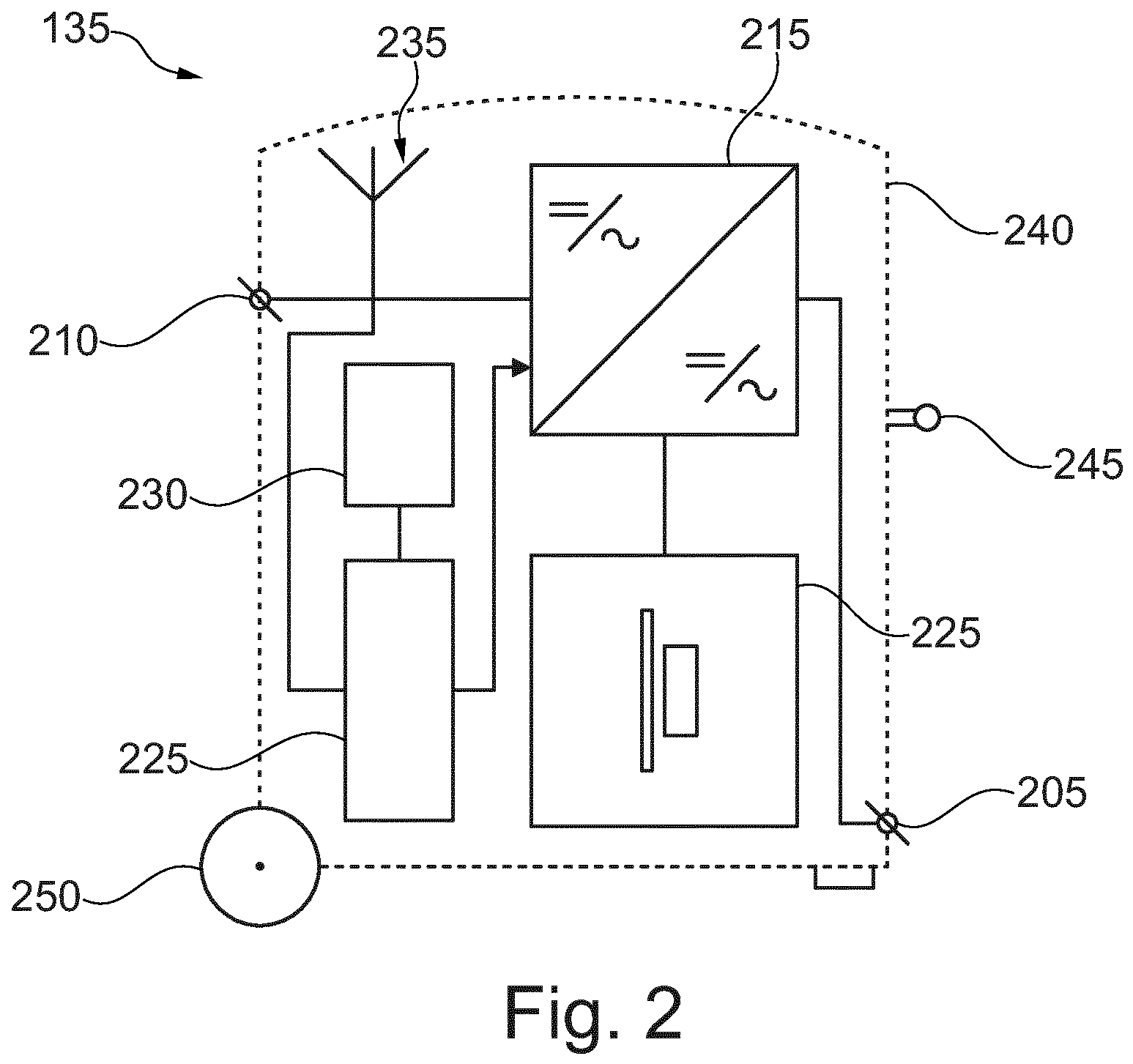 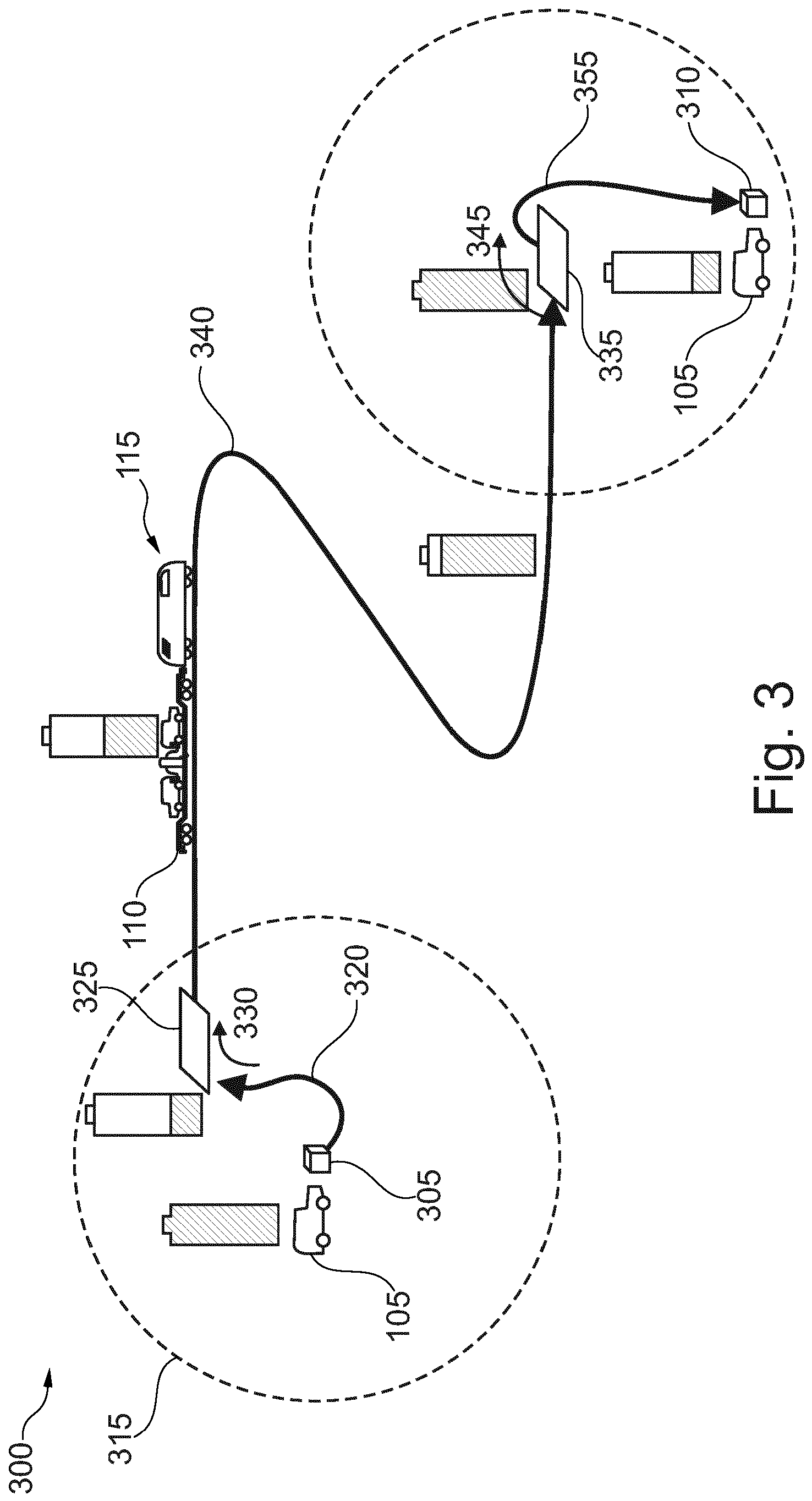