[0003] The invention provides a mobile device and a method as defined by the appended independent claims. The multiband monopole antenna of the mobile device can be dynamically switched between a quarter-wave monopole antenna and a half-wave folded monopole antenna.
[0004] Optional features are defined by the dependent claims.
[0005] Using the switch, the same radiator structure can be used for multiple antenna configurations, saving overall space for the mobile device.
[0006] The foregoing and other objects, features, and advantages of the invention will become more apparent from the following detailed description, which proceeds with reference to the accompanying figures.

FIG. 1 is system diagram of a mobile device including a multiband monopole antenna.

FIG. 2 is a three-dimensional view of a mobile phone with an outer casing removed to view hidden portions of the multiband monopole antenna.

FIG. 3 is a top-down view of a mobile phone according to another embodiment including a multiband monopole antenna with dynamically configurable impedance matching.

FIG. 4 is an embodiment of a circuit element that is a passive filter.

FIG. 5 includes graphs showing antenna efficiency versus frequency and a reflection coefficient of the antenna.

FIG. 6 is a flowchart of a method for operating a monopole antenna.

a decorative trim for an outer casing of the mobile device; and

a switch (370) having a control line (371) and being positioned to effectively electrically connect or disconnect the radiator tip from a second part of the decorative trim used as ground;

an impedance matching portion (366) formed from a third part of the decorative trim and having a first end coupled to the feed point (340) and a second end coupled to ground; and

a circuit element (382) positioned along the impedance matching portion (366);

a proximity sensor (372) for detecting proximity to a user; and

2. The multiband monopole antenna of claim 1, wherein the switch (370) is a multi-pole, multi-throw switch.

5. A method of operating the multiband monopole antenna (360) of the mobile device (300) of any preceding claim, comprising:

electrically coupling or decoupling (612) the radiator tip (380) from the second part of the decorative trim used as ground by selectively opening or closing the switch using the modem (310); and 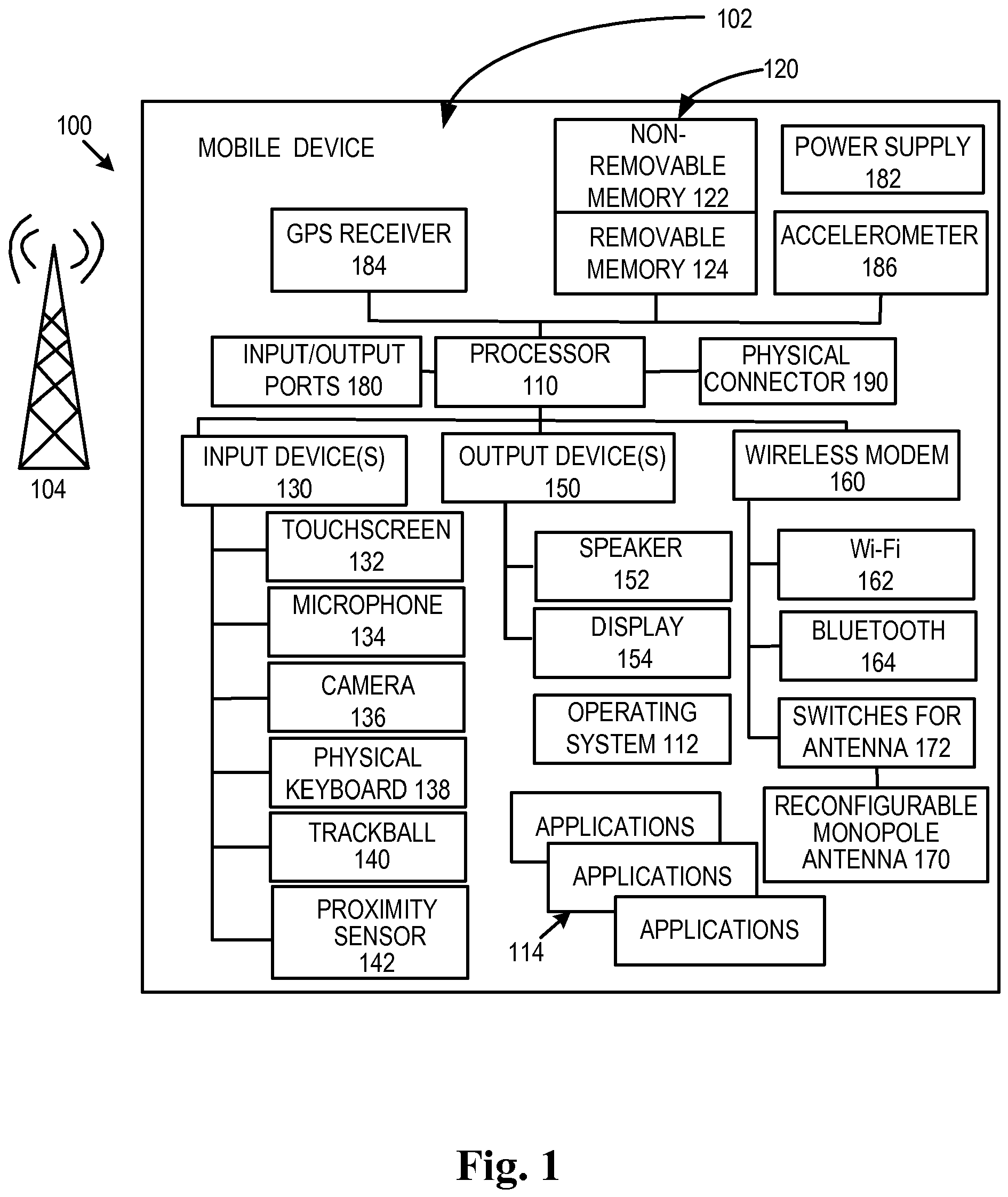 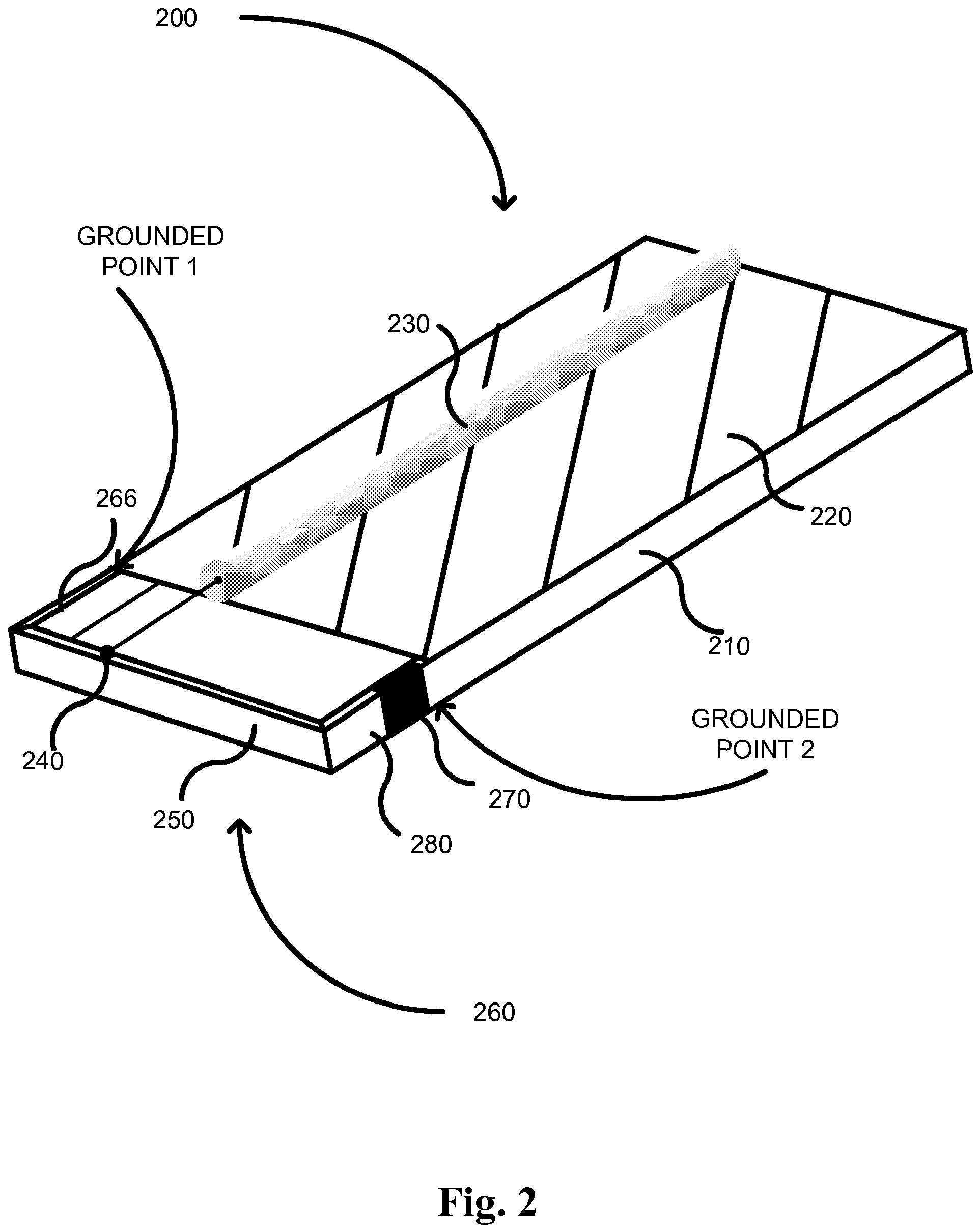 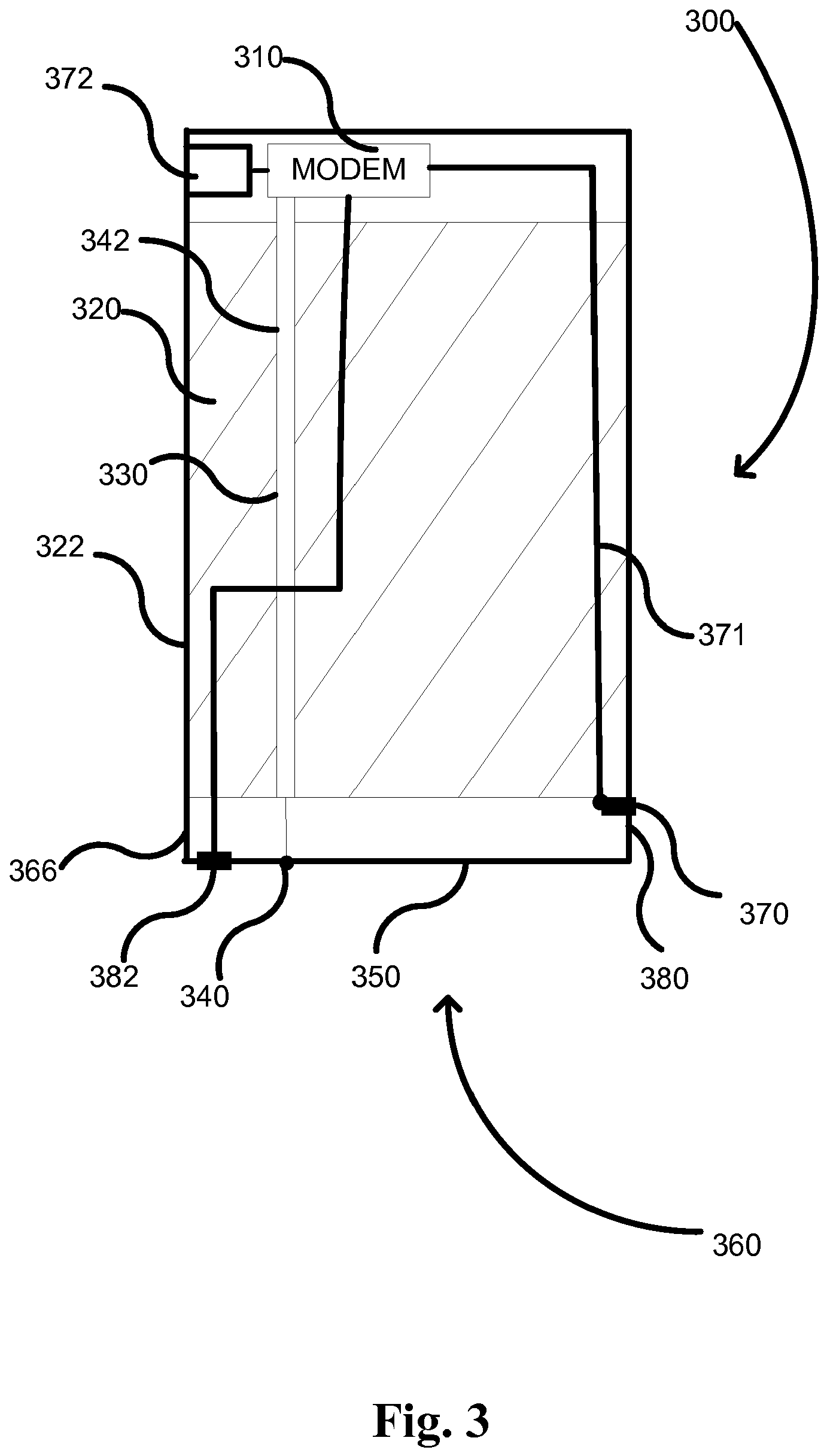 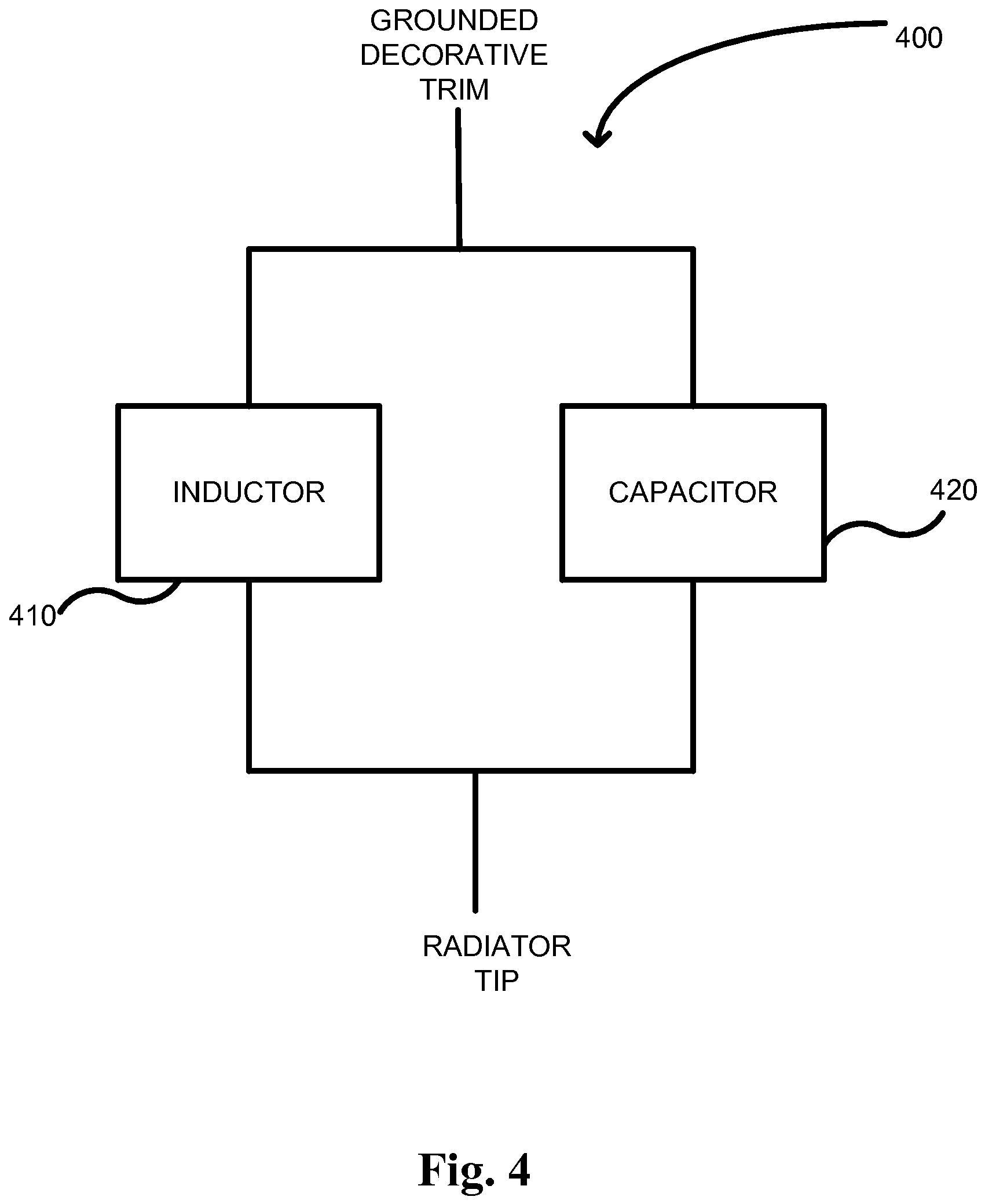 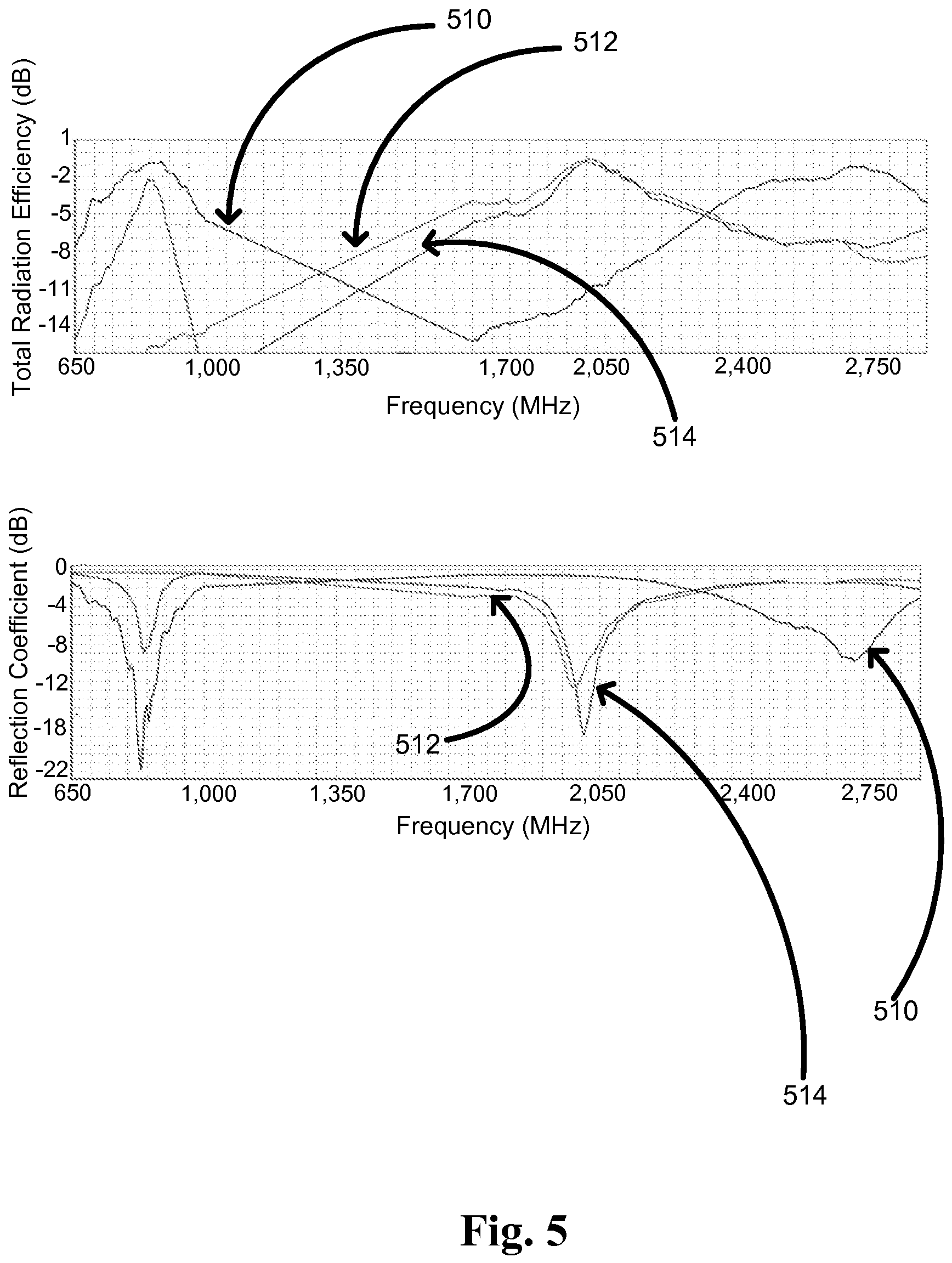 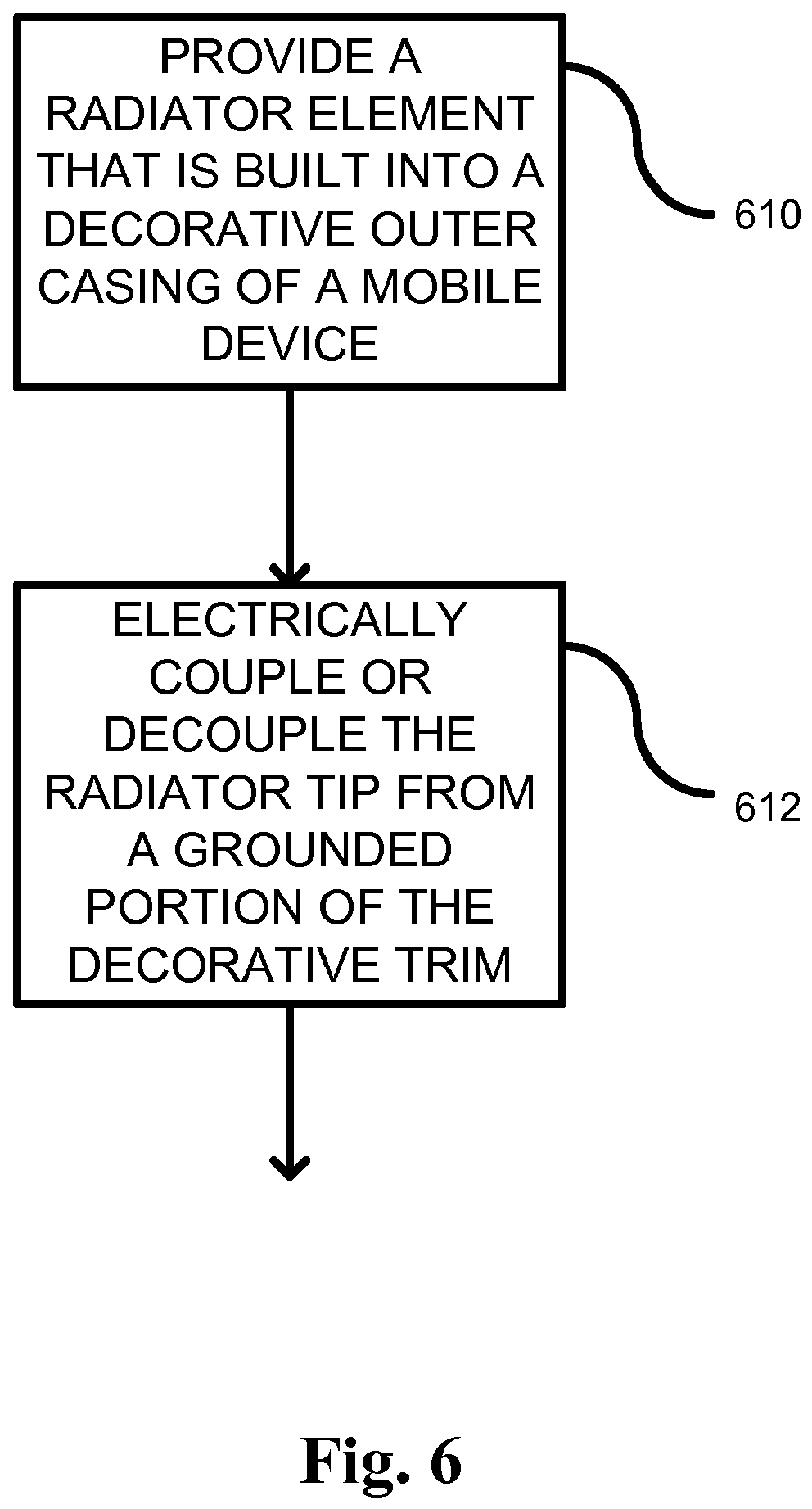