Fig. 1 shows a portion of a balancing device for a rotating body according to the invention;

Fig. 2 shows a sagittal cross-section of a balancing device according to the invention;

Fig. 3 shows a balancing system including the device according to the invention;

Fig. 4 shows possible measurements of the balancing device; and

Fig. 5 shows a diagram of a portion of the device.

- a plurality of electric lines (38), comprising electric wires (38a), each serving one of said electric motors (32),

- characterised in that at least some of said electric lines (38) associated with a plurality of motors (32) are arranged in a network, so that a reduced quantity of electric wires needs to be positioned inside said rotating portion (2). 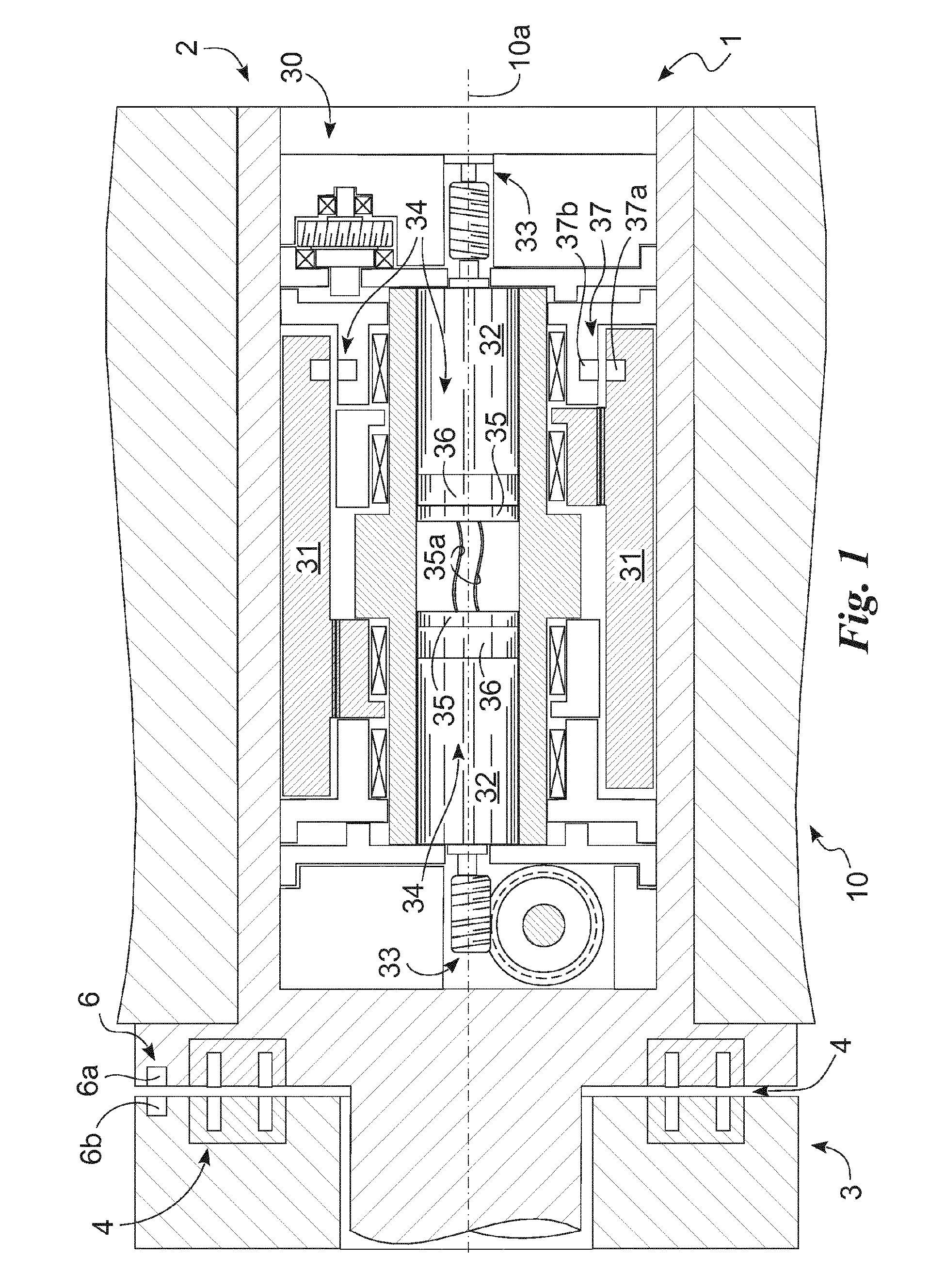 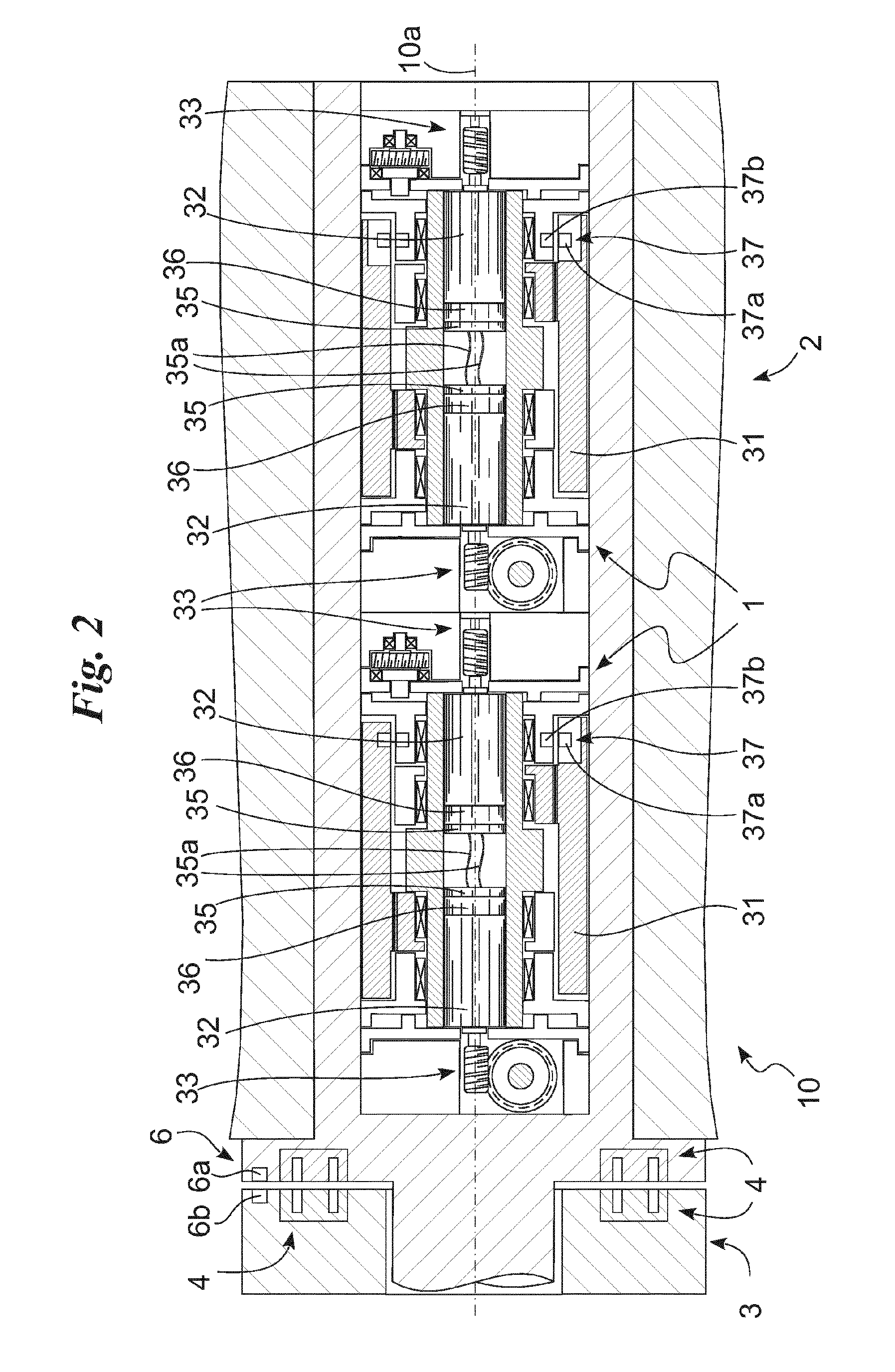 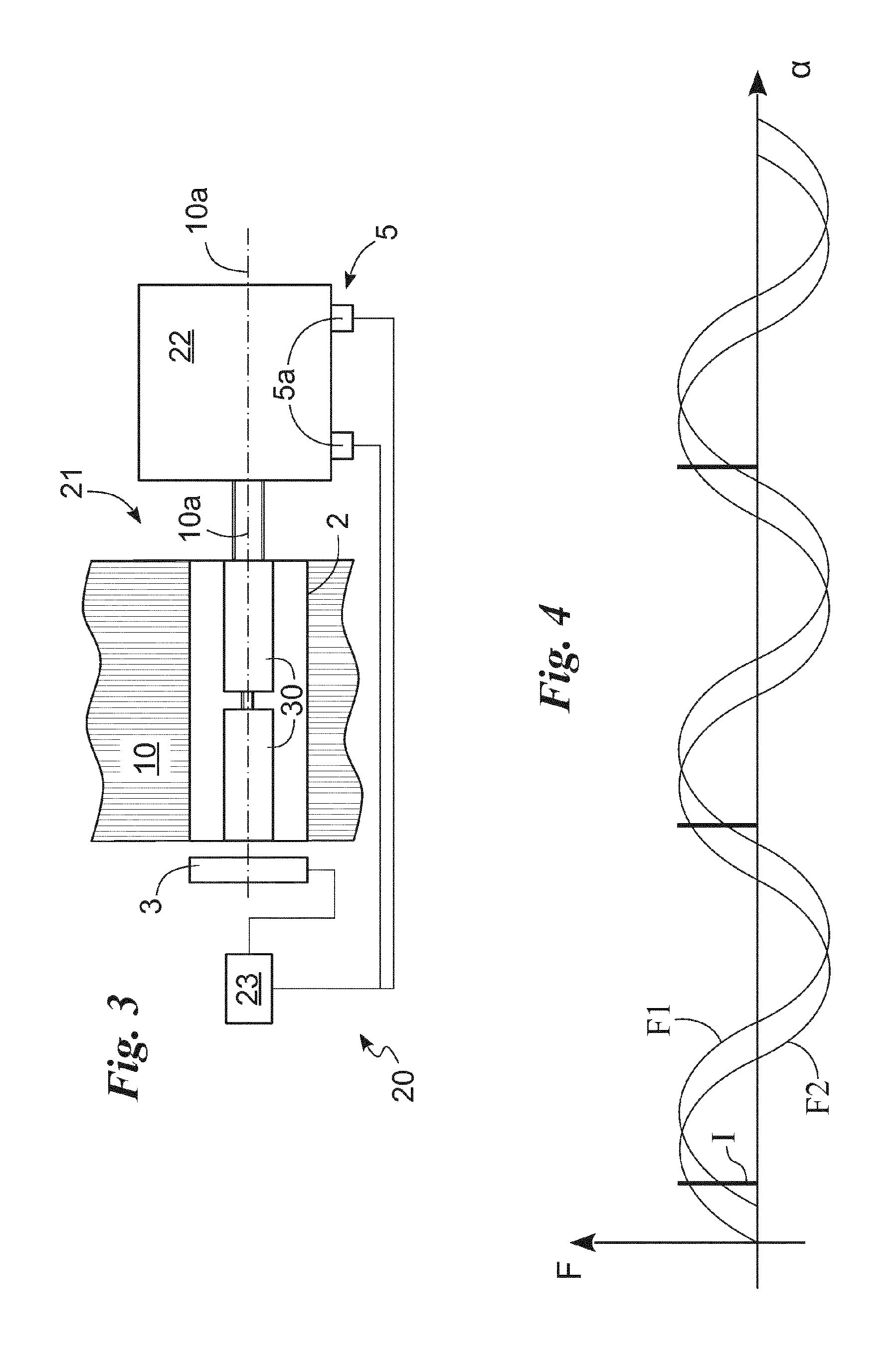 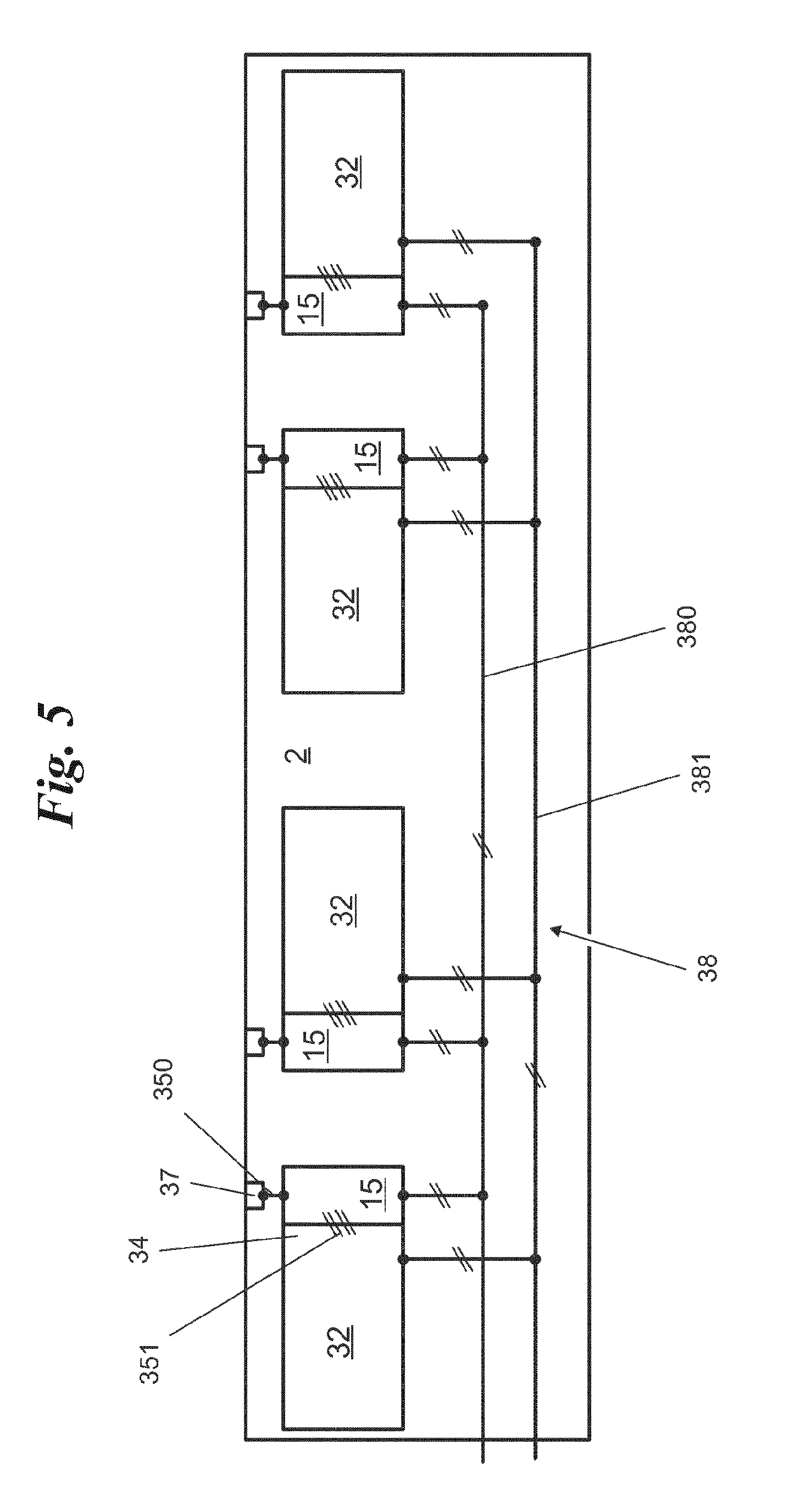 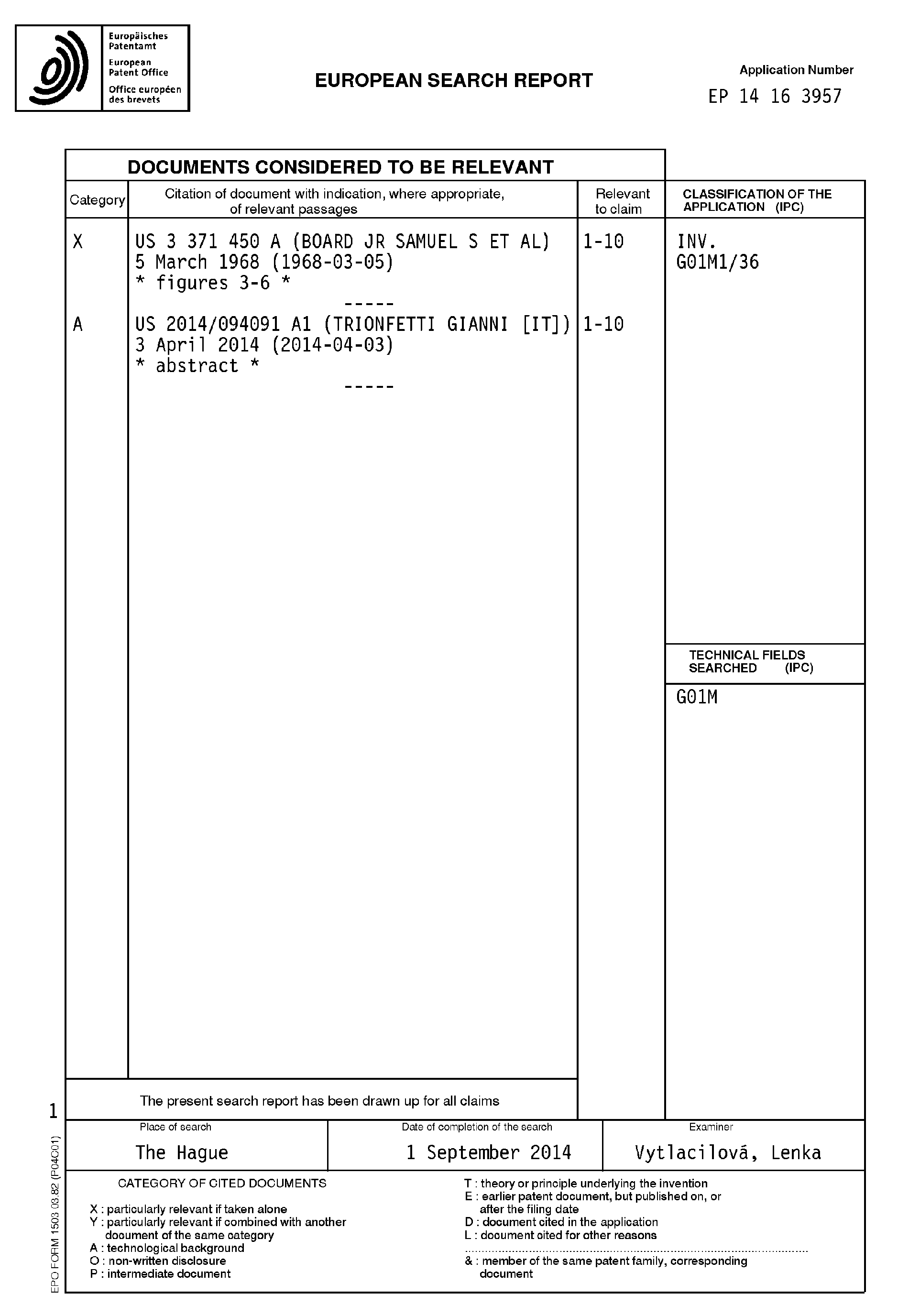 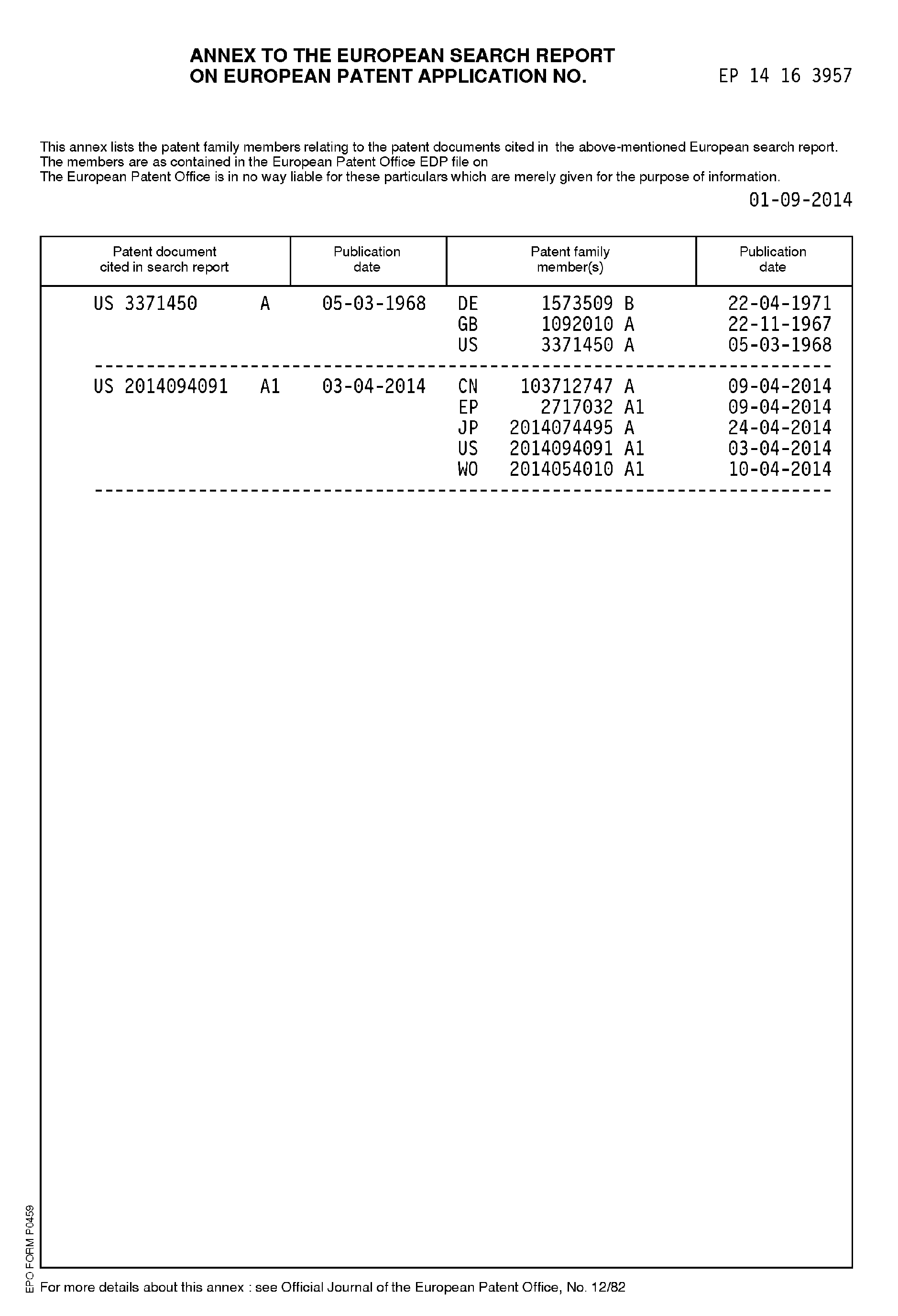