[0001] The present invention relates to a rotary joint for transferring melted plastic from an extruder to molds of a rotary machine for molding preforms made of thermoplastic material, e.g. PET, by means of injection-compression, intended to manufacture food-grade containers, especially bottles.

[0018] Further features and advantages of the present invention will become apparent in the light of the detailed description of preferred, but not exclusive, embodiments of an injection-compression apparatus, illustrated by way of non-limitative example, with the aid of the accompanying drawings, in which:

Fig. 1 is a diagrammatic plan view of a thermoplastic preform manufacturing plant in which the rotary joint according to the invention is incorporated;

Fig. 2 is a partial axonometric view of the plant in Fig. 1;

Fig. 3 is a section view along an axial plane of a part of the plant in Fig. 1 comprising the rotary joint according to the invention;

Fig. 3a is an enlarged section view of the rotary joint according to the invention;

Fig. 3b is an axonometric view of an enlarged detail of the rotary joint in Fig. 3a;

Fig. 4 is an axonometric view of an element of the plant in Fig. 1;

Fig. 6 is an axonometric view of another element of the plant in Fig. 1;

Fig. 7a is a section view of the element in Fig. 6 in a first operating position;

Fig. 7b is a section view of the element in Fig. 6 in a second operating position;

Figures 8 and 9 are axonometric views of another enlarged element of the plant in Fig. 2 in two different operating positions;

Figures 10 and 11 are axonometric views of another enlarged element of the plant in Fig. 1 in two different operating positions;

Figures 12a, 12b, 13a and 13b are section views of a thermoplastic material injection block incorporated in the plant in Fig. 1 in the various operating positions;

Figures 14, 15, 16 and 17 are section views of an element of the plant in Fig. 1 in different operating positions.

[0019] The same reference numbers and letters in the figures refer to the same members or components.

Detailed description of a preferred embodiment of the invention

1. A rotary joint for transferring melted plastic from at least one extruder to a plurality of molds of a rotary machine for molding preforms, the joint comprising

- a movable structure (3") adapted to rotate about said longitudinal axis (Y) and adapted to be integrally fixed to the rotary machine, comprising in turn:

- wherein a gap is provided between the fixed structure (3') and the movable structure (3"),

- wherein a spiral seal (24) is arranged in a part of said gap for ensuring the action of sealing the melted plastic between said fixed structure (3') and said movable structure (3"),

- wherein said spiral seal (24) comprises a single- or multi-start spiral groove (103) made on an inner surface (101) of said central cylindrical through cavity facing a smooth outer surface of said fixed longitudinal element (23), said spiral groove (103) being helical and having an inclined helix so as to oppose, with its rotation motion, the natural exiting direction of the melted plastic flow into the gap, 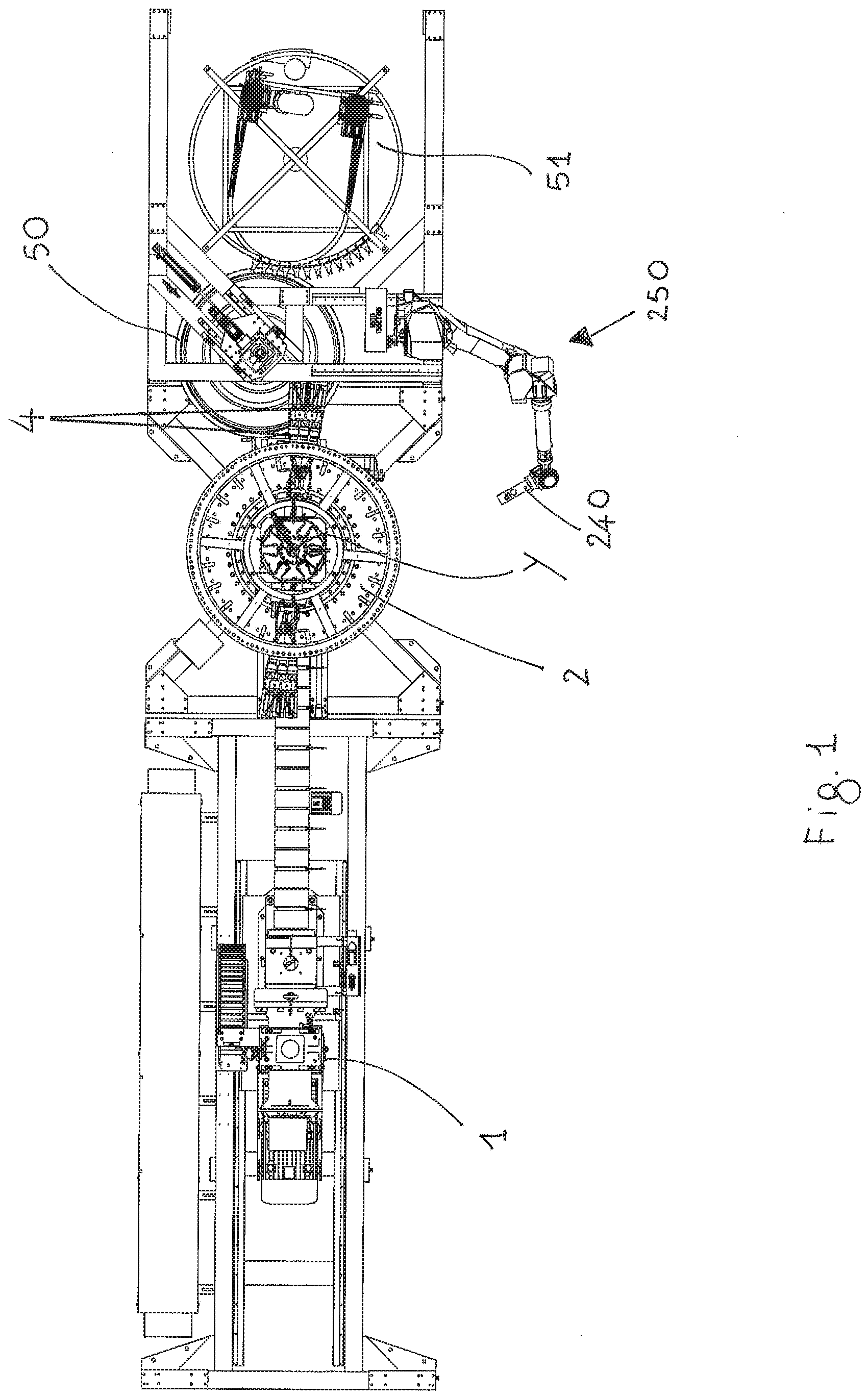 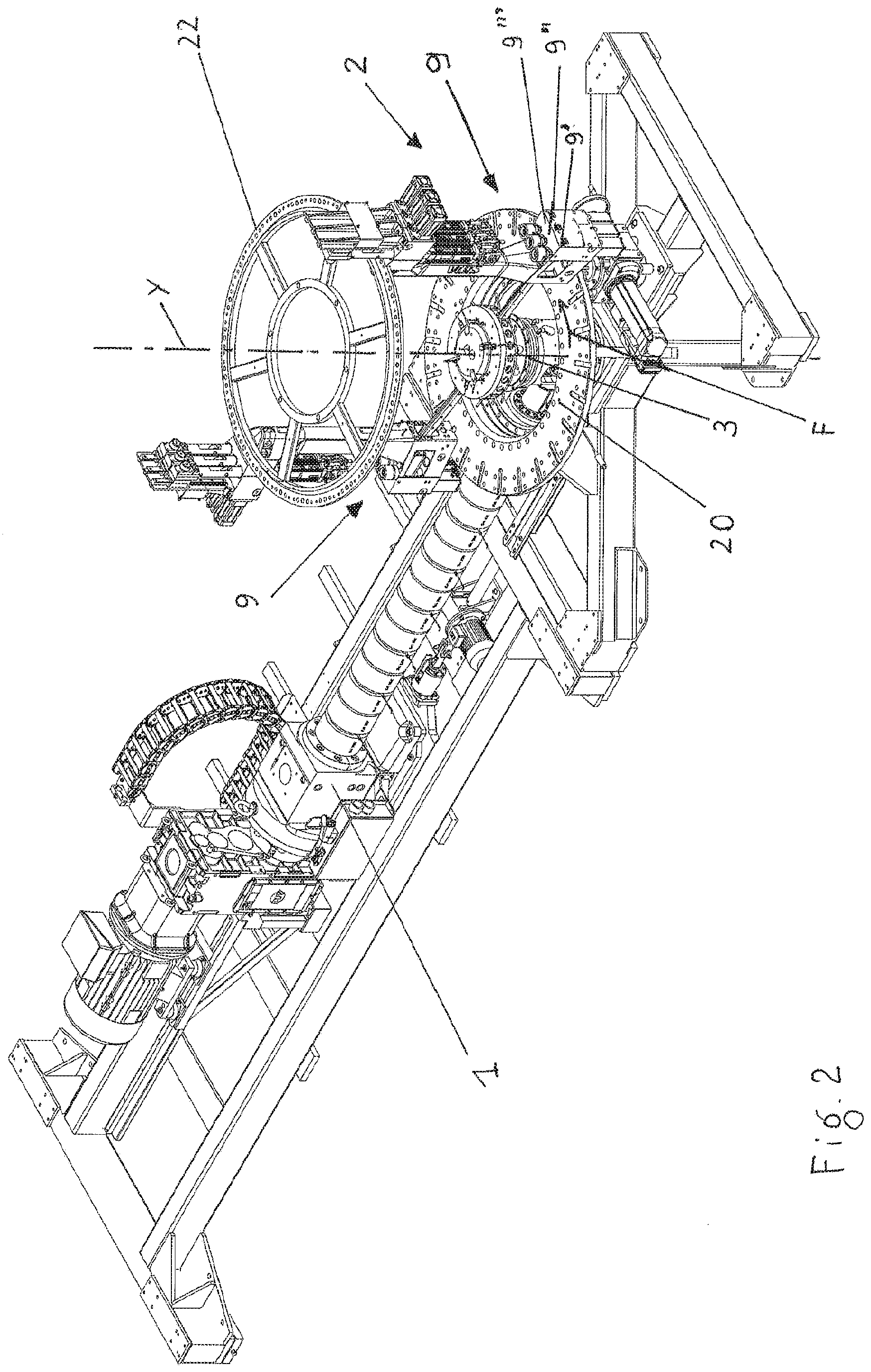 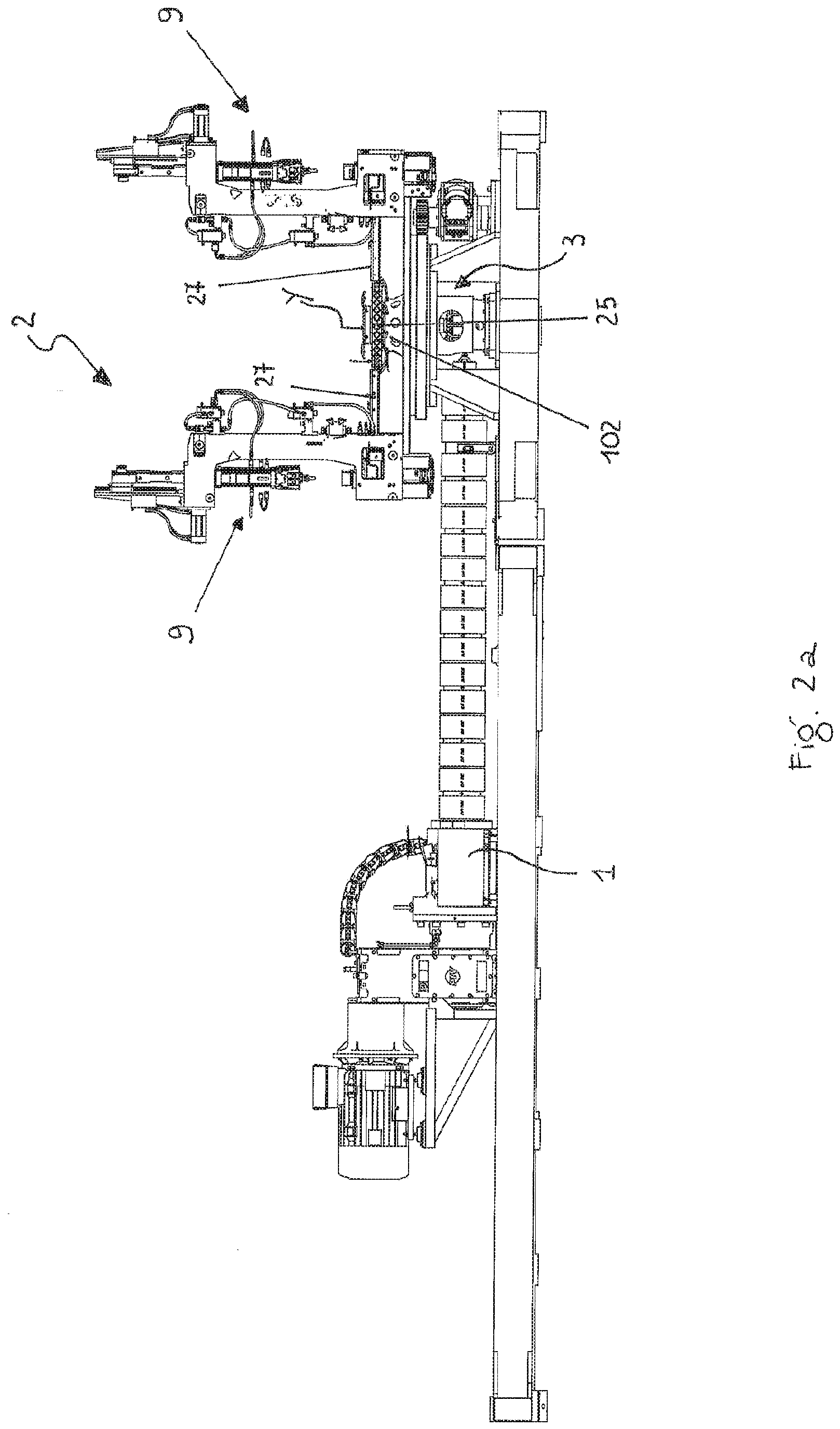 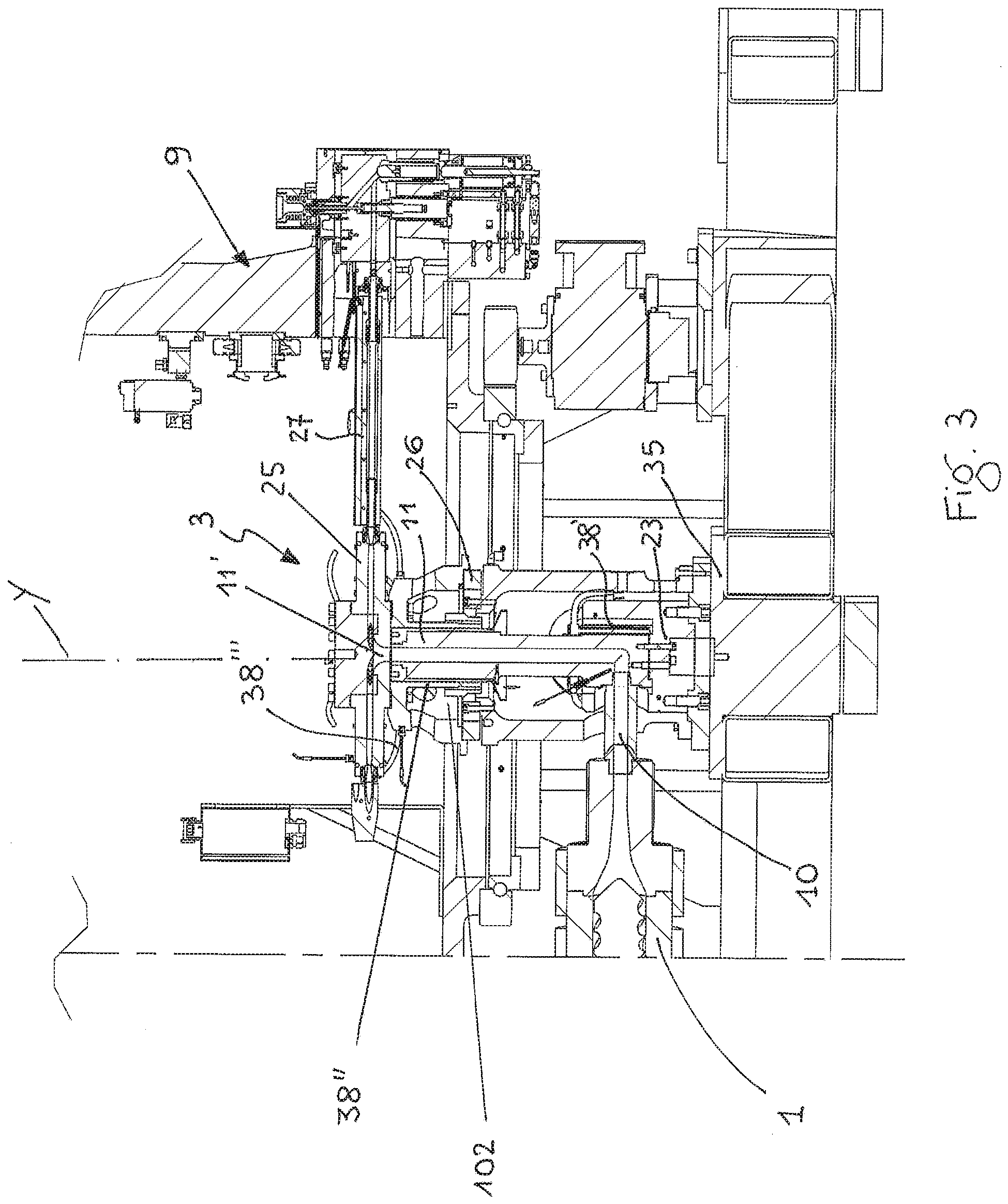 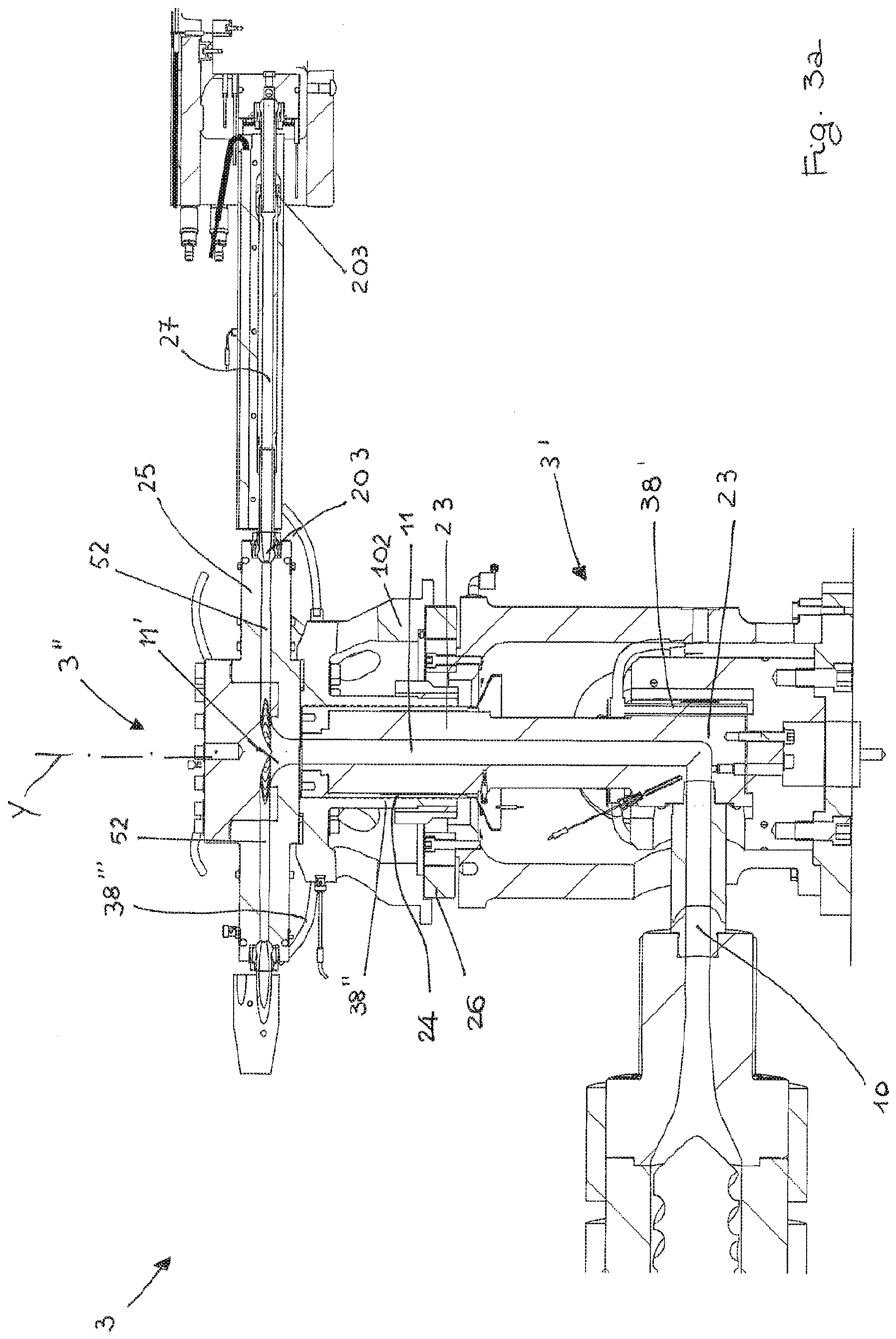 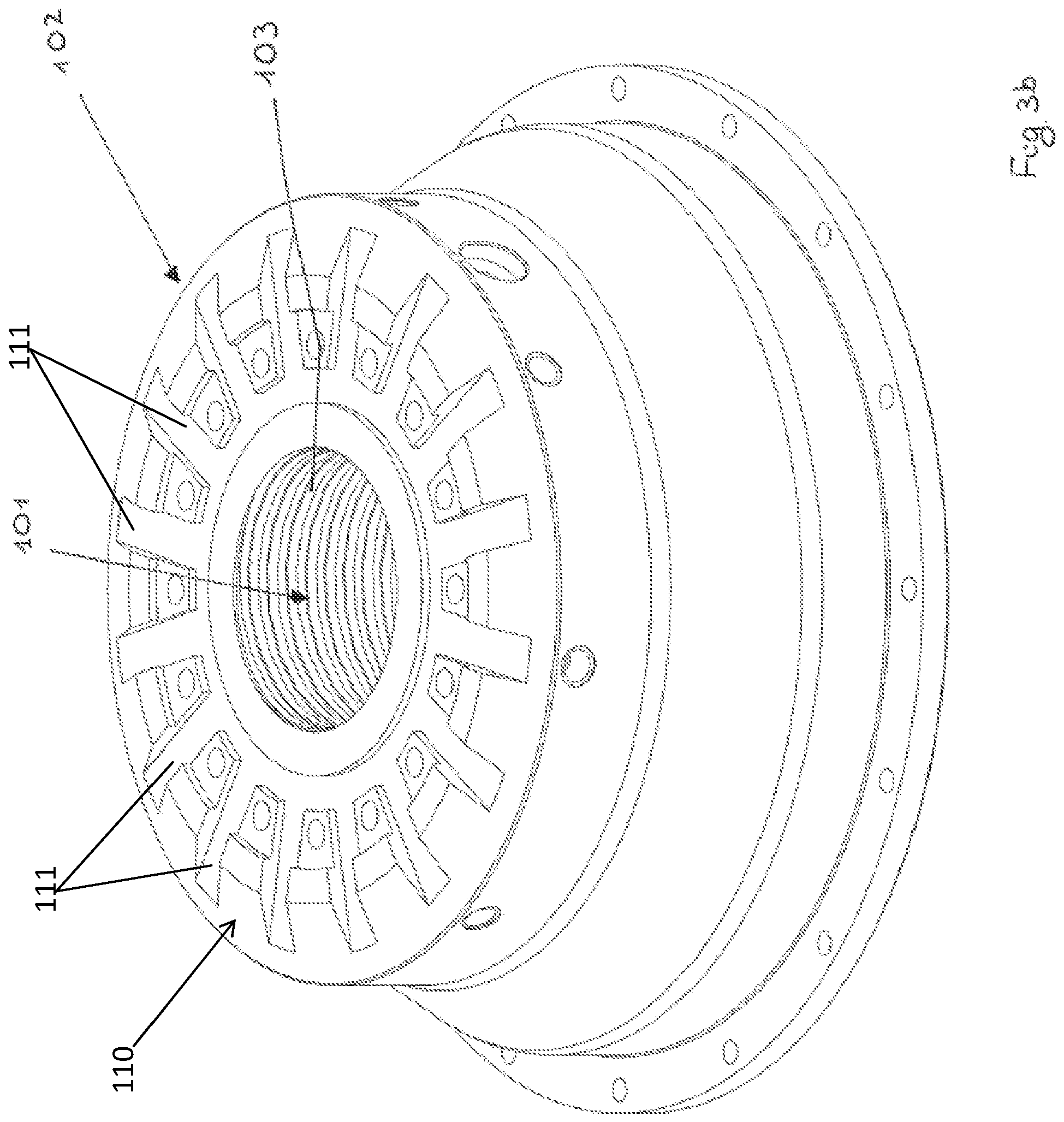 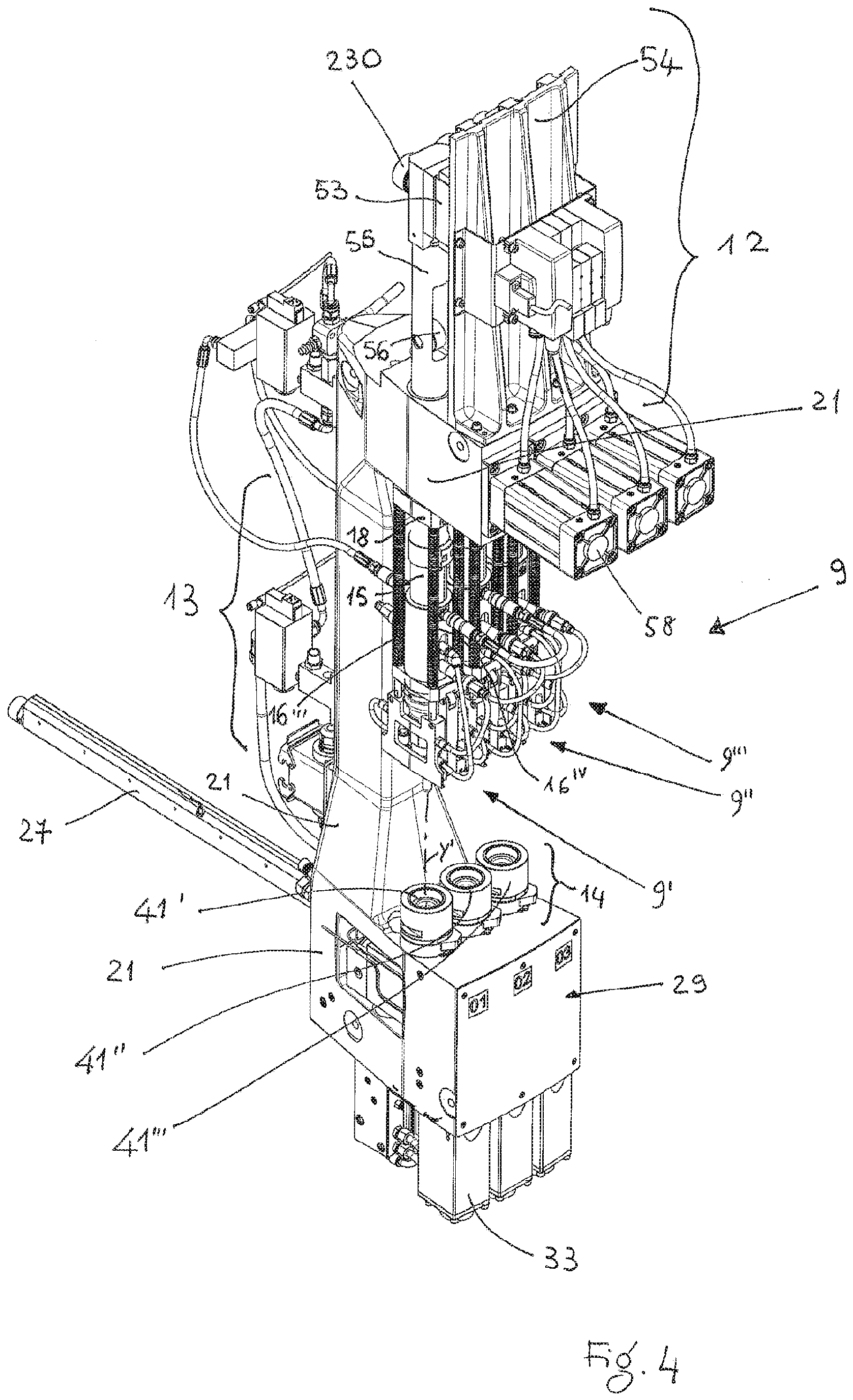 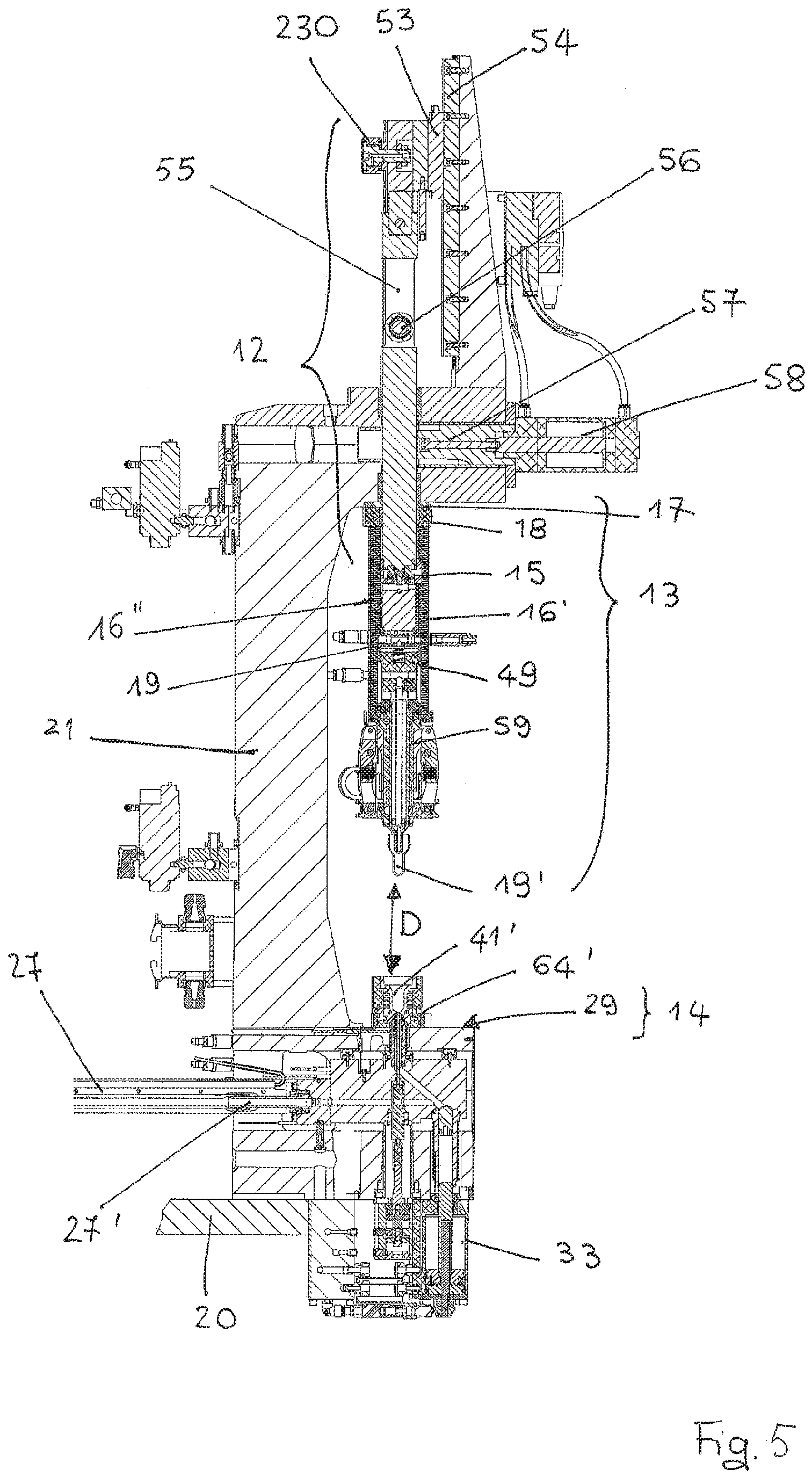 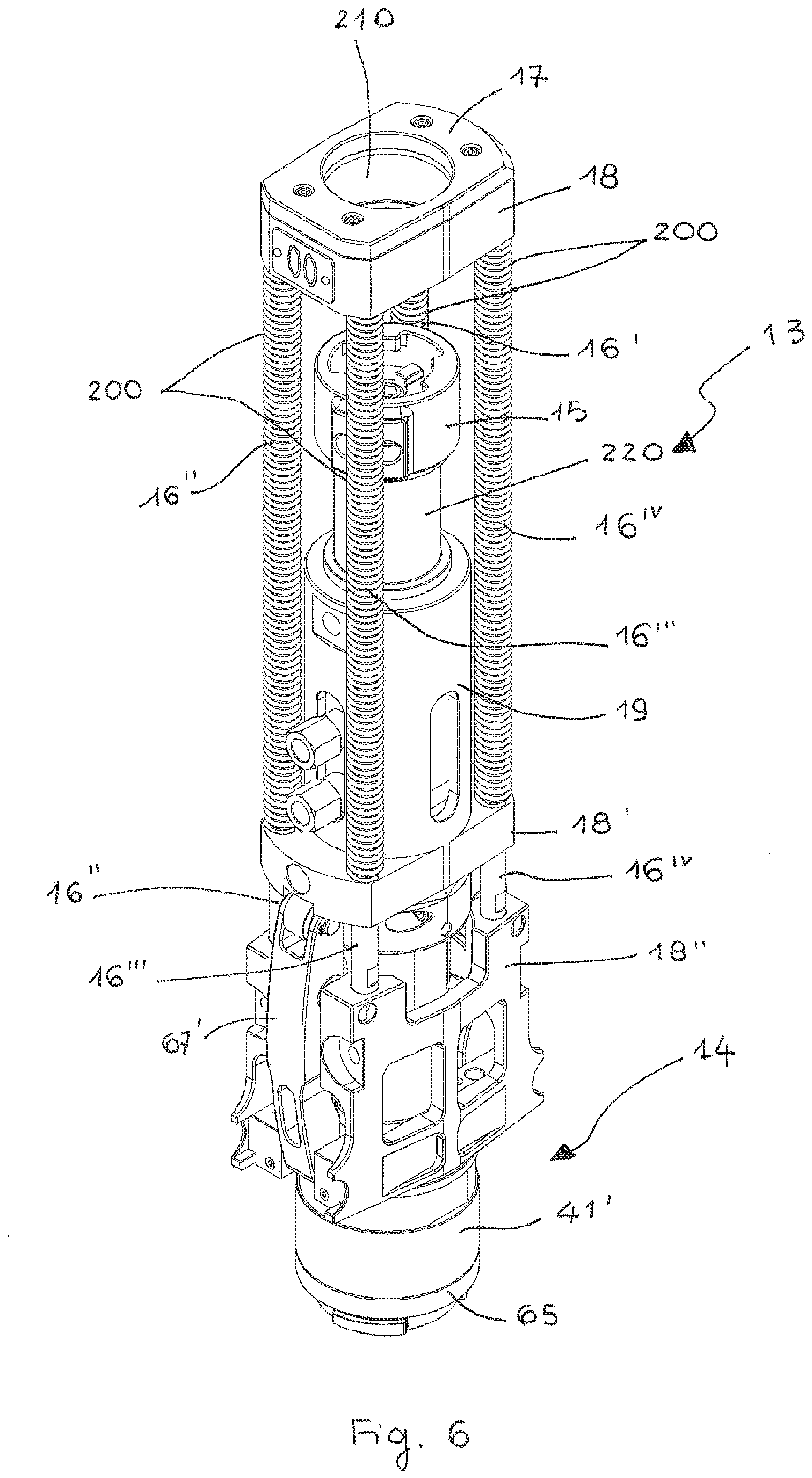 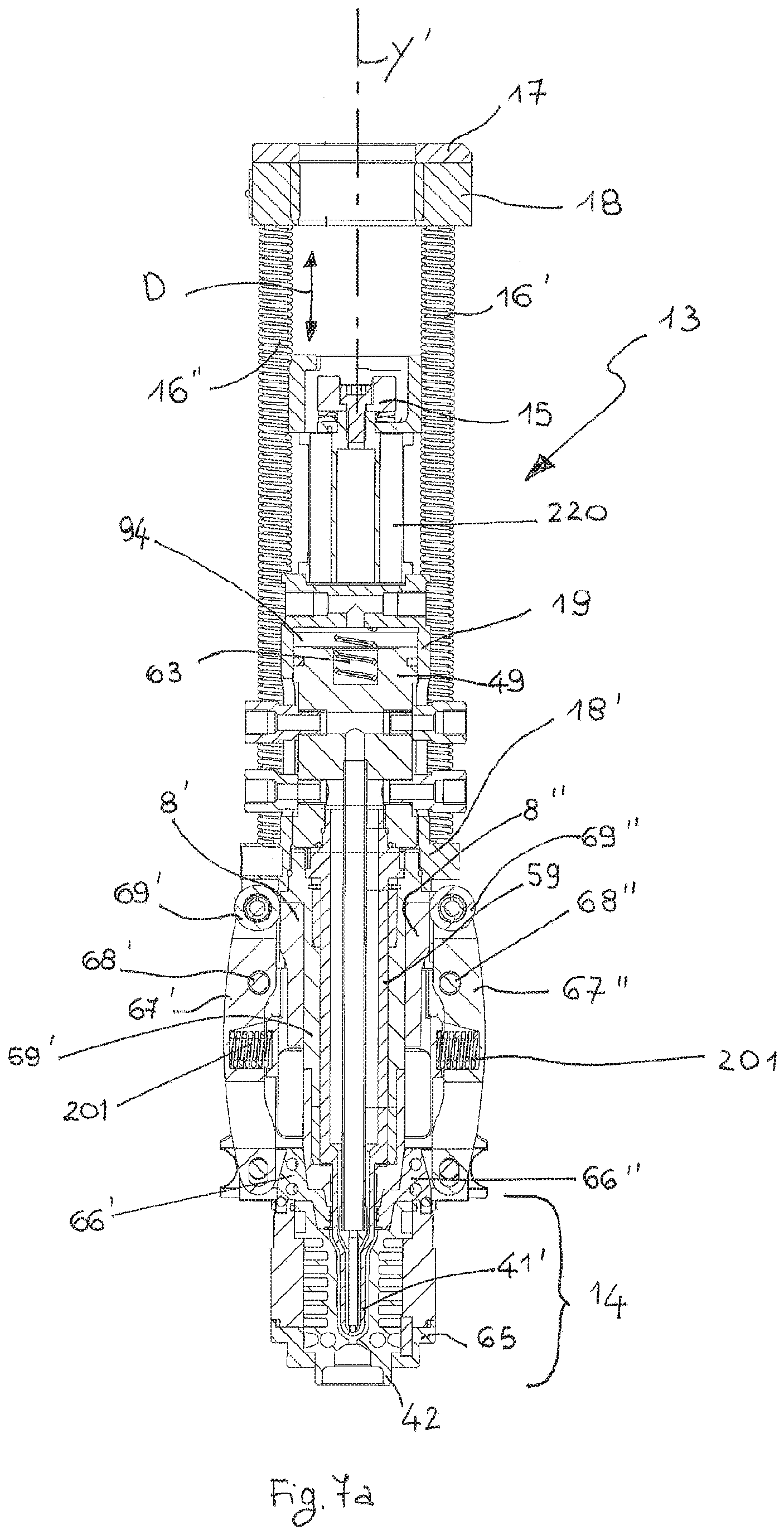 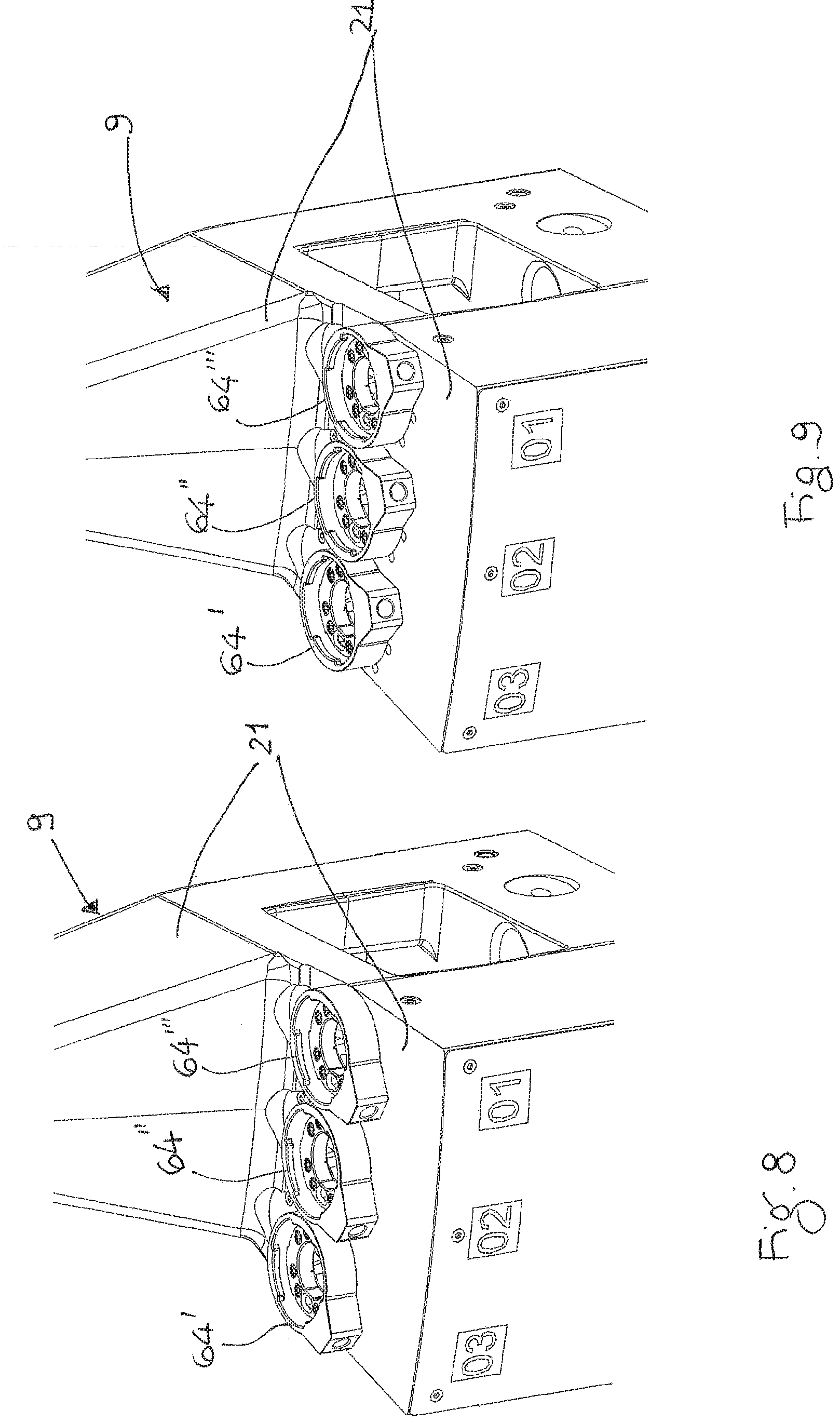 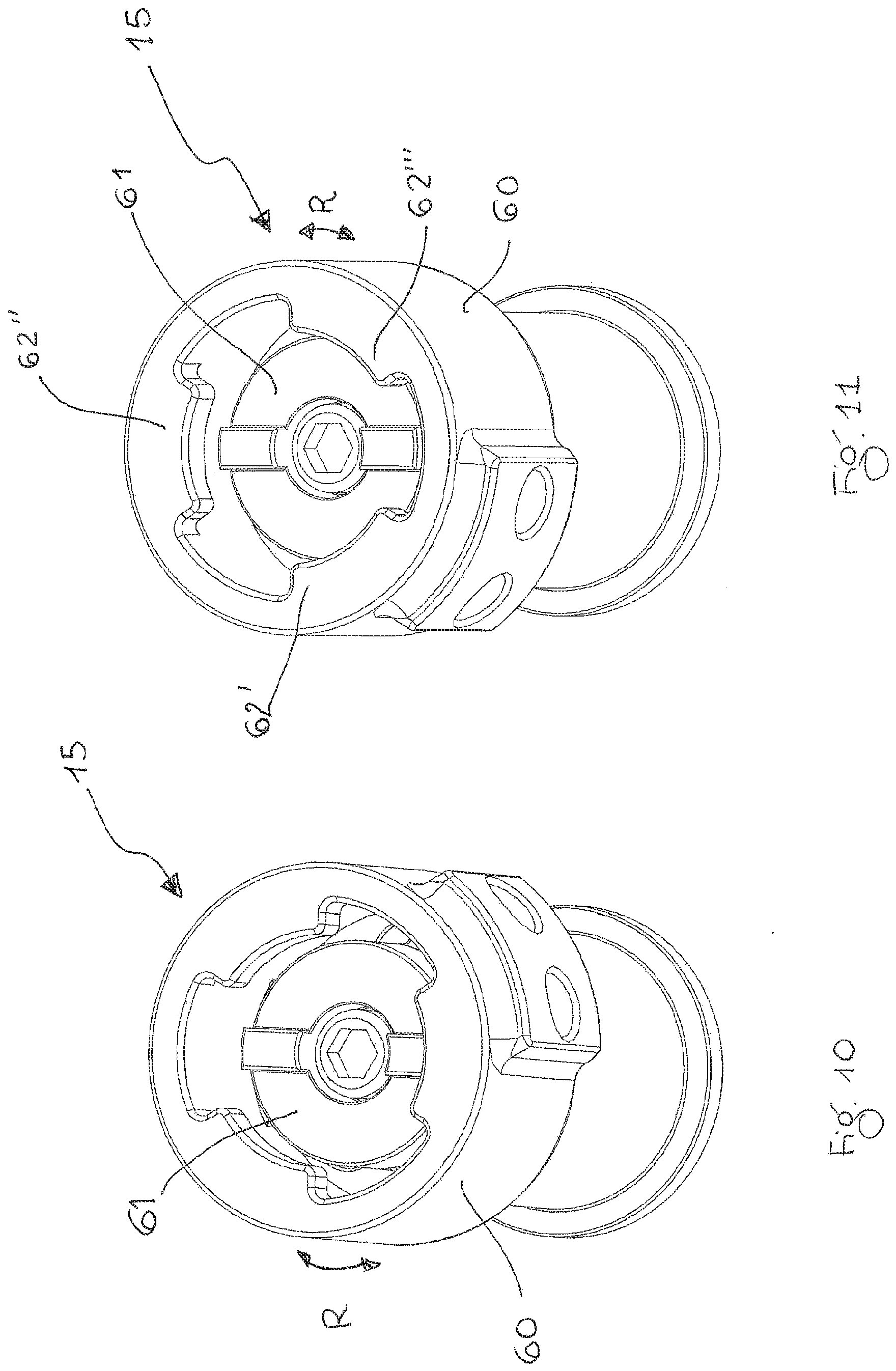 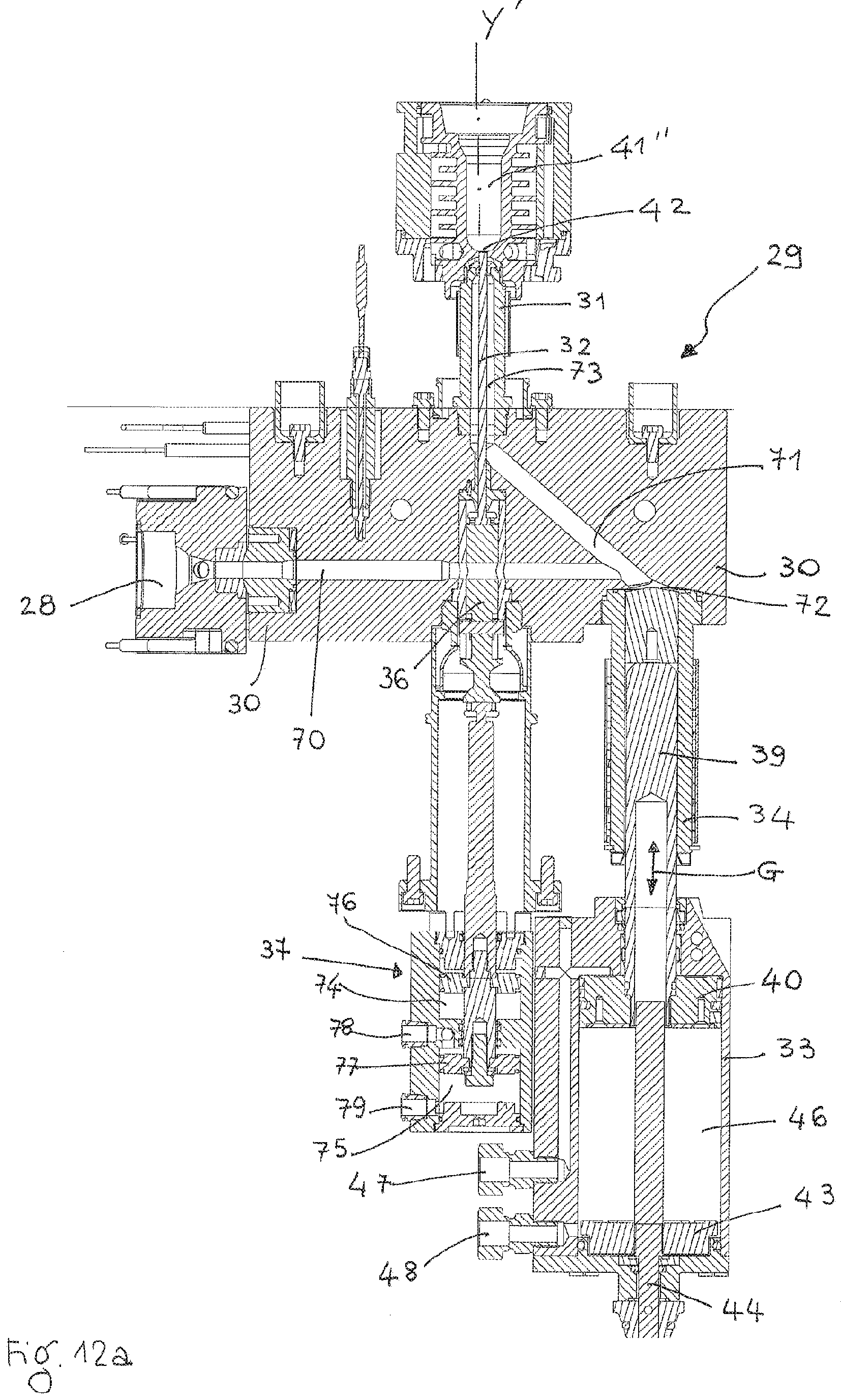 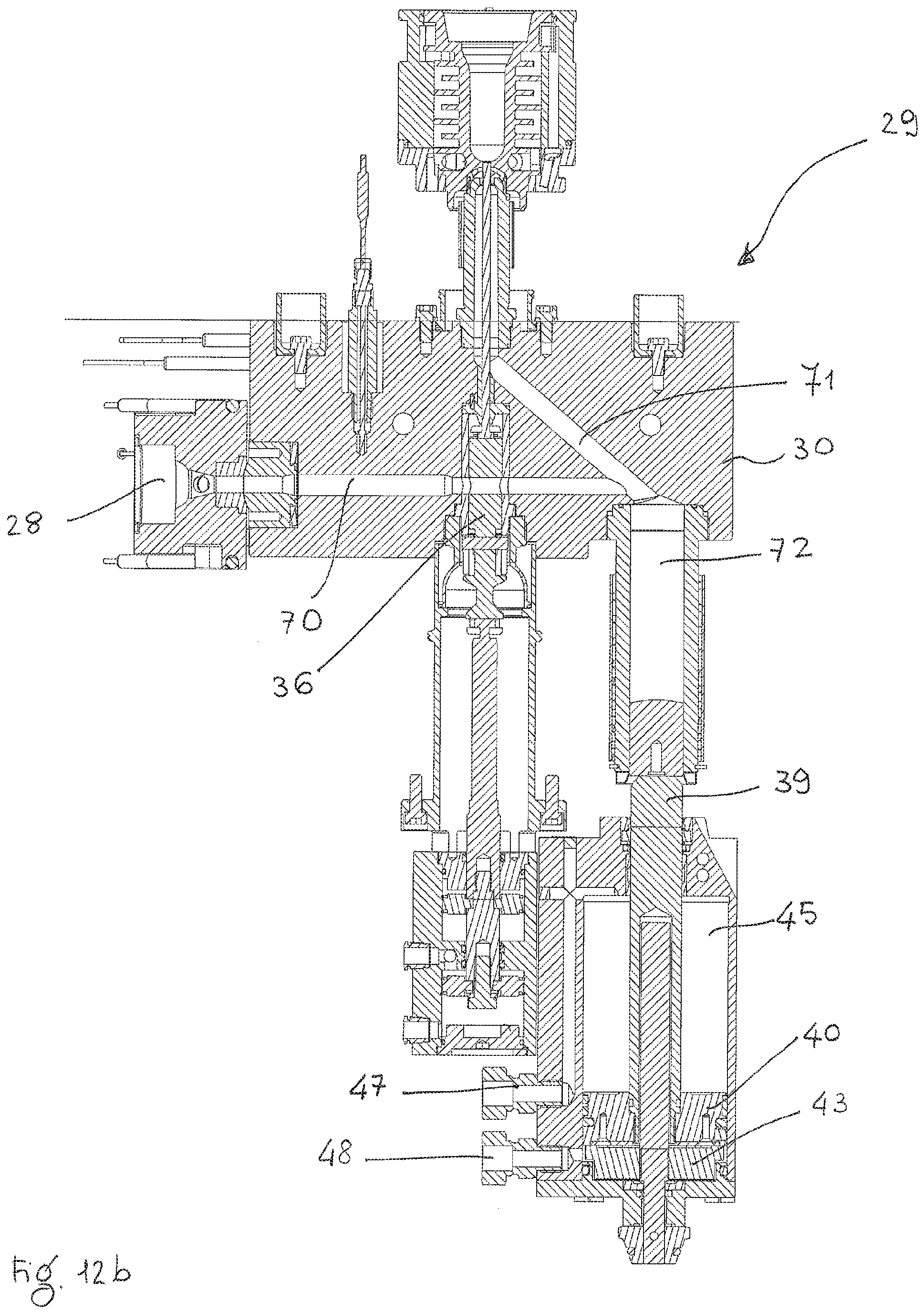 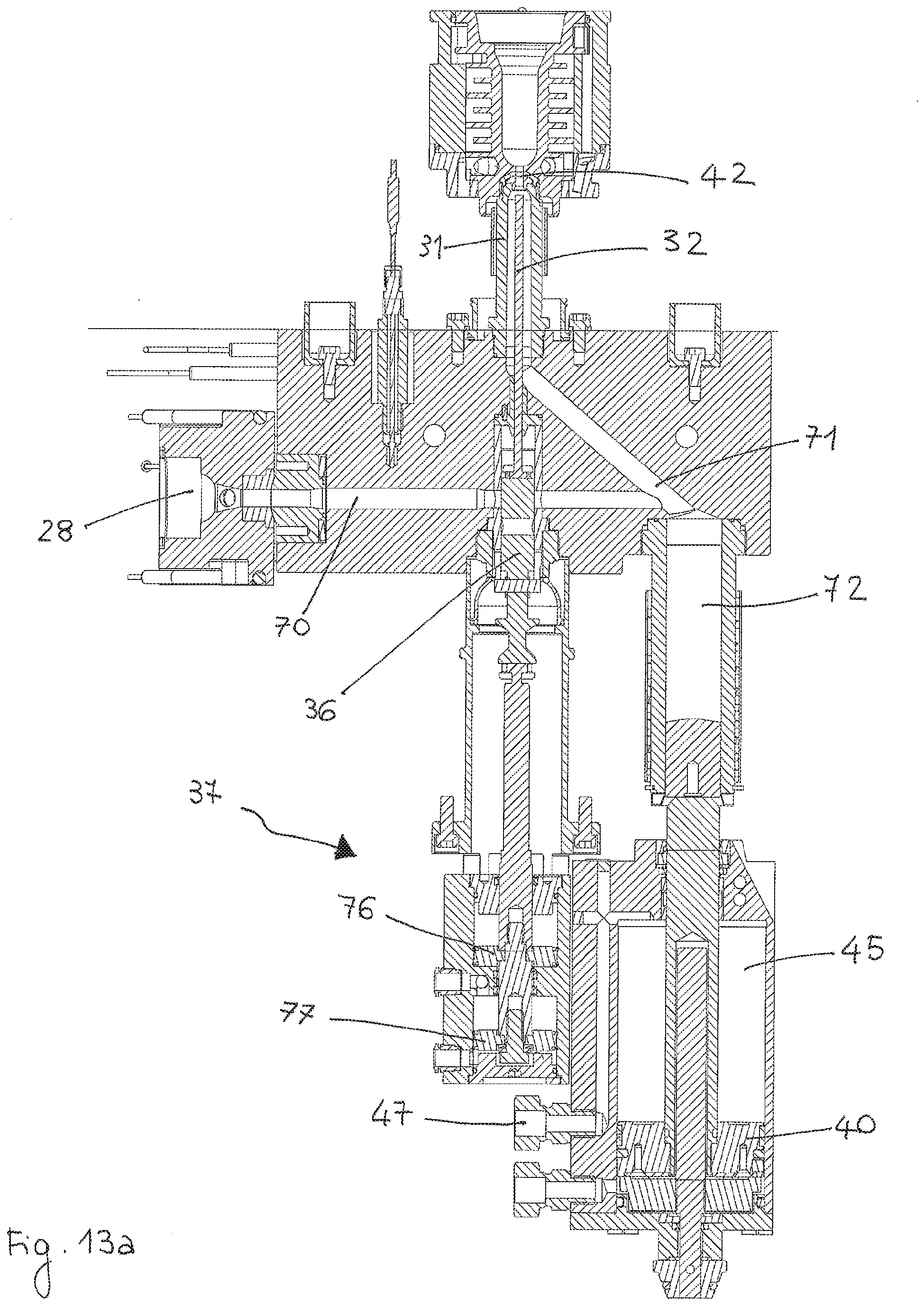 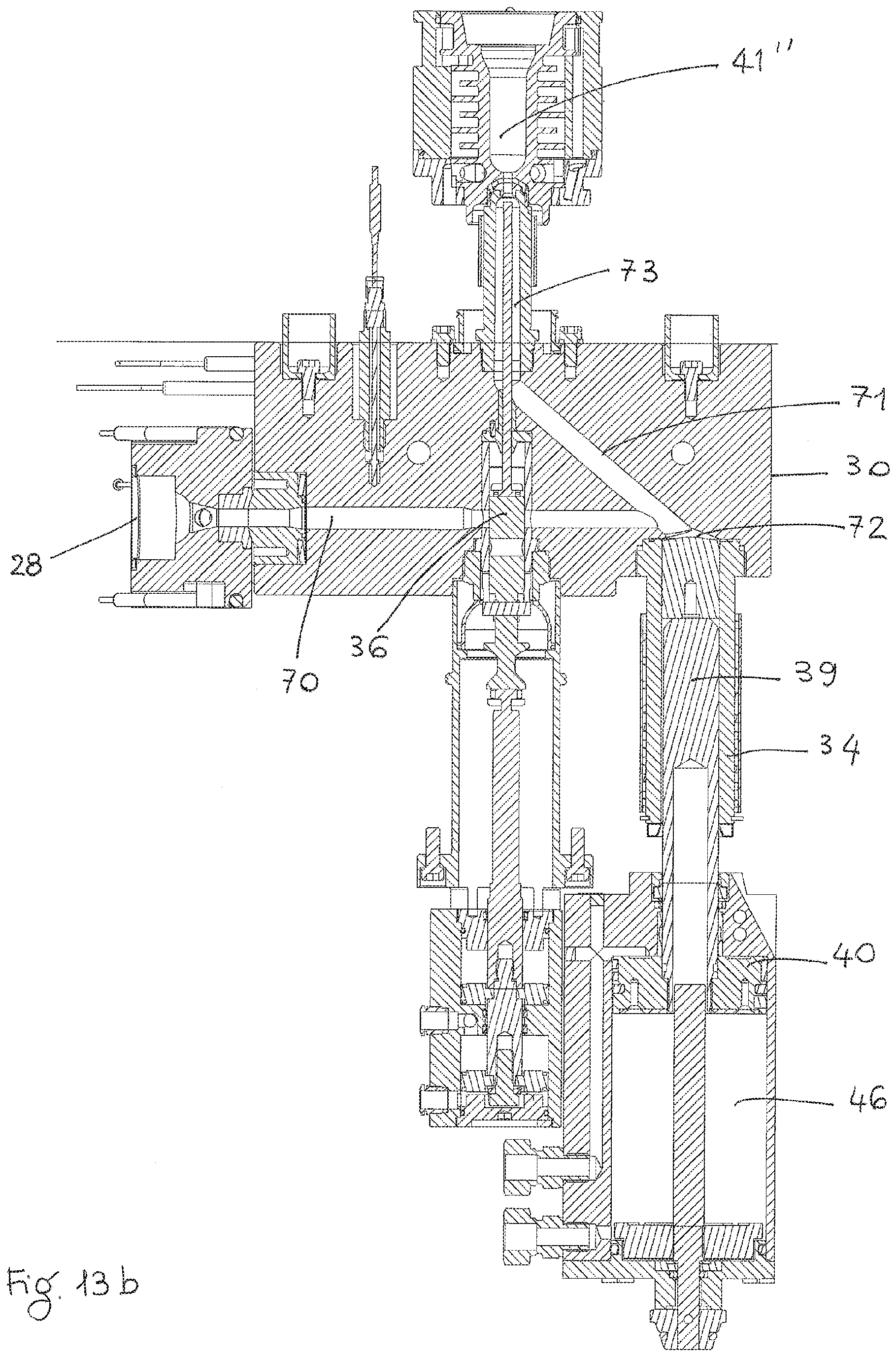 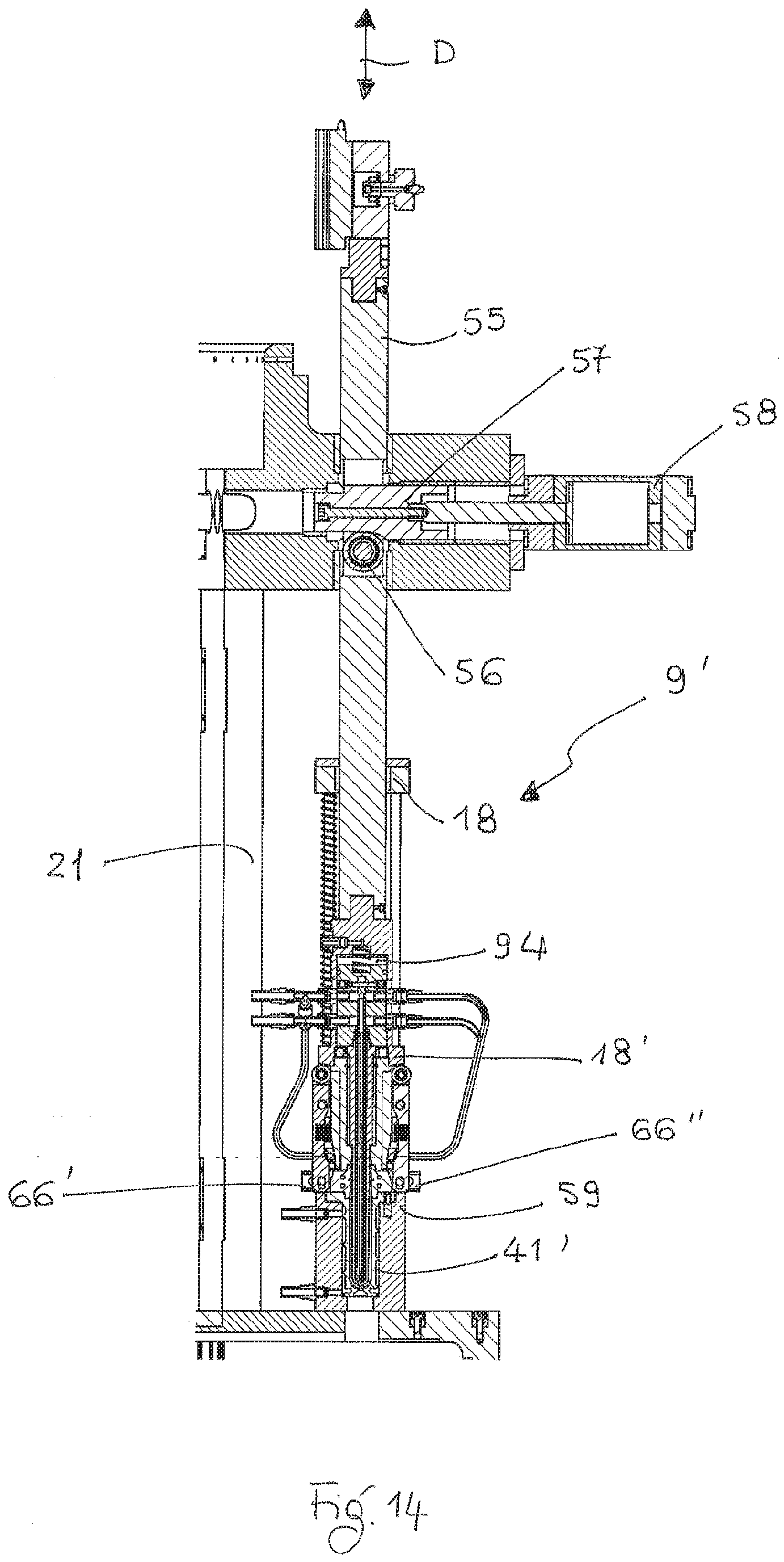