[0001] This application relates to gas turbine engine fan sections having surfaces with a removable film for providing an aerodynamically clean surface.

[0002] Gas turbine engines are known and, typically, include a fan delivering air into a compressor. In an aircraft application, the fan will deliver air into a bypass duct defined inwardly of a nacelle in addition to the air delivered into the compressor. Air from the compressor is delivered into a combustion section where it is mixed with fuel and ignited. Products of this combustion pass downstream over turbine rotors driving them to rotate.
[0003] Historically, a turbine rotor has driven a fan rotor at a same speed. More recently, it has been proposed to insert a gear reduction between the turbine rotor and the fan. With the movement to the gear reduction, the fan may now rotate at slower speeds to provide reduced levels of fan pressure ratio while increasing the outer diameter of the fan blades dramatically. With this increase, a bypass ratio or the ratio of air delivered into the bypass duct compared to the volume of air delivered into the compressor has increased.
[0004] With this enlarged fan, laminar or near laminar aerodynamic design and other approaches for reduced fan duct aerodynamic loss becomes more important. However, surfaces of the fan, associated vanes, the nacelle, and inlet into the nacelle, etc. can deteriorate due to dirt, impacted insects or other airborne debris.
[0005] It has been proposed to wash these surfaces, however, this has not always removed all of the accumulated material. In addition, the impact of debris can cause small areas of damage to surface finish or component profile which, alone, or in combination with accumulated debris, may lead to local disturbances in the aerodynamic properties and degradation away from a laminar flow.
[0006] It is known to have a removable layer of thin adhesive film that can be removed once the cumulated dirt has been built up on an outer layer of the film. This type film has been utilized on the windows of race cars as an example. Removable film has also been proposed for the windshields of aircraft.
[0007] Existing automotive applications also include the use of such film to prevent or minimize paint damage from impacting debris.
[0008] A prior art fan section, having the features of the preamble of claim 1, is disclosed in US 5427332 B. Document US 2011/0147219 A1 discloses gas turbine engine fan section components having a hydrophobic coating. A prior art method of assembling a de-icing mat is disclosed in US 2010/0218376 A1.

Figure 2A shows a fan blade in a gas turbine engine.

Figure 3A is a cross-sectional view of the novel fan blade.

Figure 3B shows another embodiment.

Figure 3C shows yet another embodiment.

Figure 3E shows yet another embodiment.

Figure 4 shows a method step in refurbishing a surface of a fan blade.

Figure 5 is a simplified cross-sectional view of a multi-layer adhesive film.

characterised in that:
said removable film material includes a plurality of layers (180) of removable material.

7. The fan section as set forth in any preceding claim, wherein said removable film material has at least one of hydrophobic or icephobic properties.

8. The fan section or gas turbine engine as set forth in any preceding claim, wherein said removable film material has a relatively sticky underside and a relatively less sticky outer side.

10. A method of protecting and refurbishing a surface (160, 162, 402, 412, 512, 516) in a fan section (600) for a gas turbine engine (20) comprising the steps of:
removing a protective outer removable layer having accumulated debris from a surface in the fan section (600) provided with a removable film material including a plurality of layers (180) of removable material so as to leave an underlying protective removable layer. 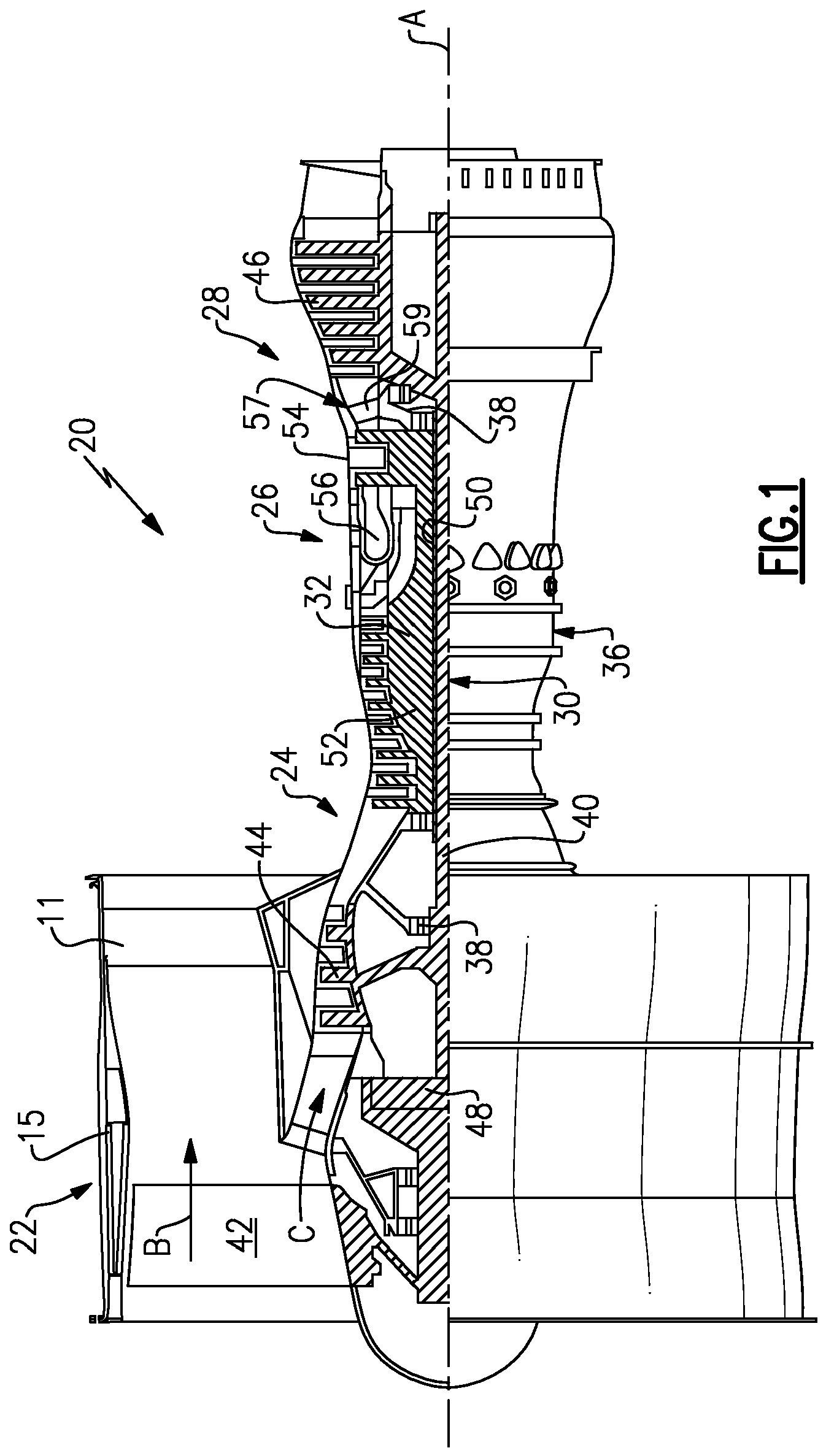 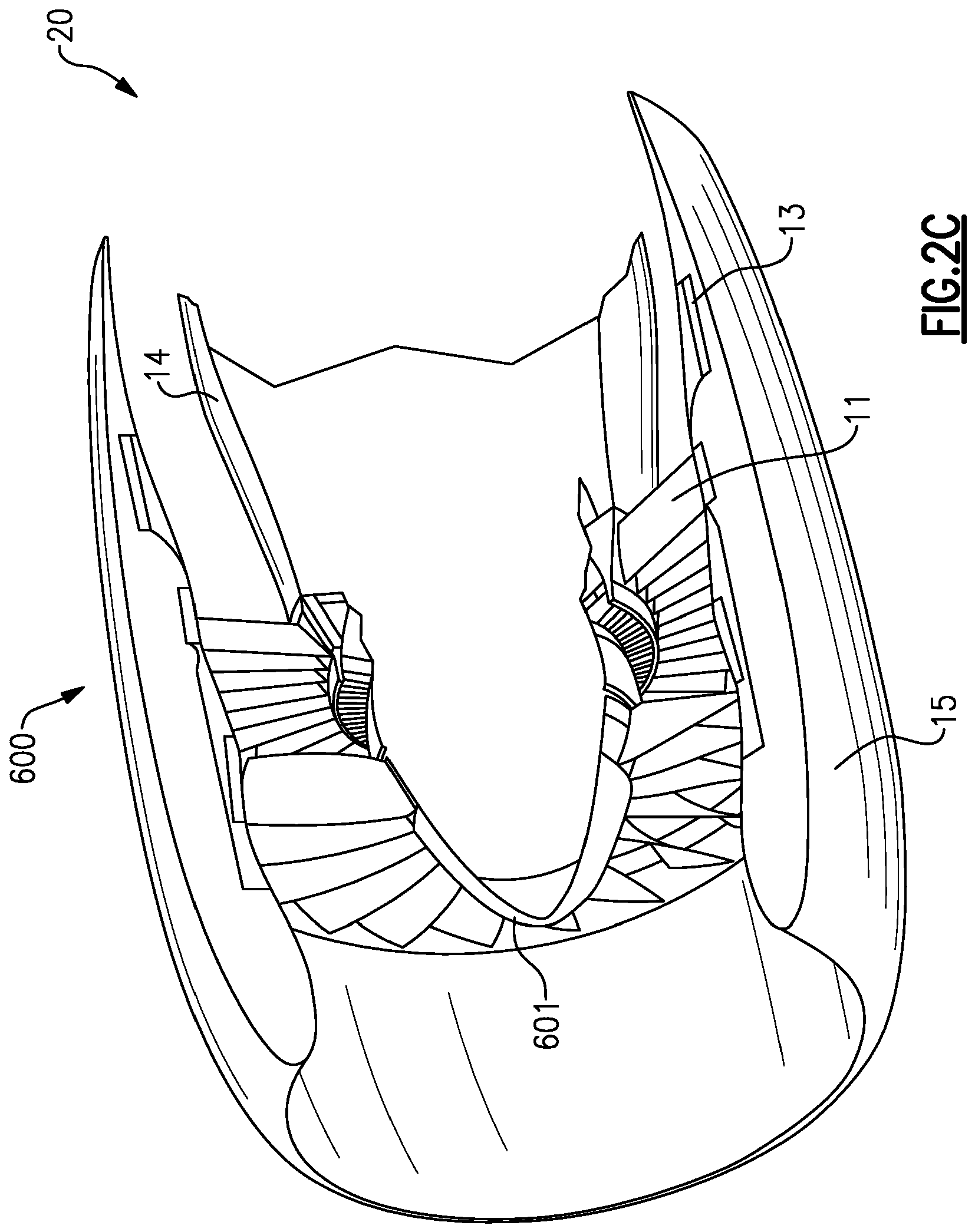 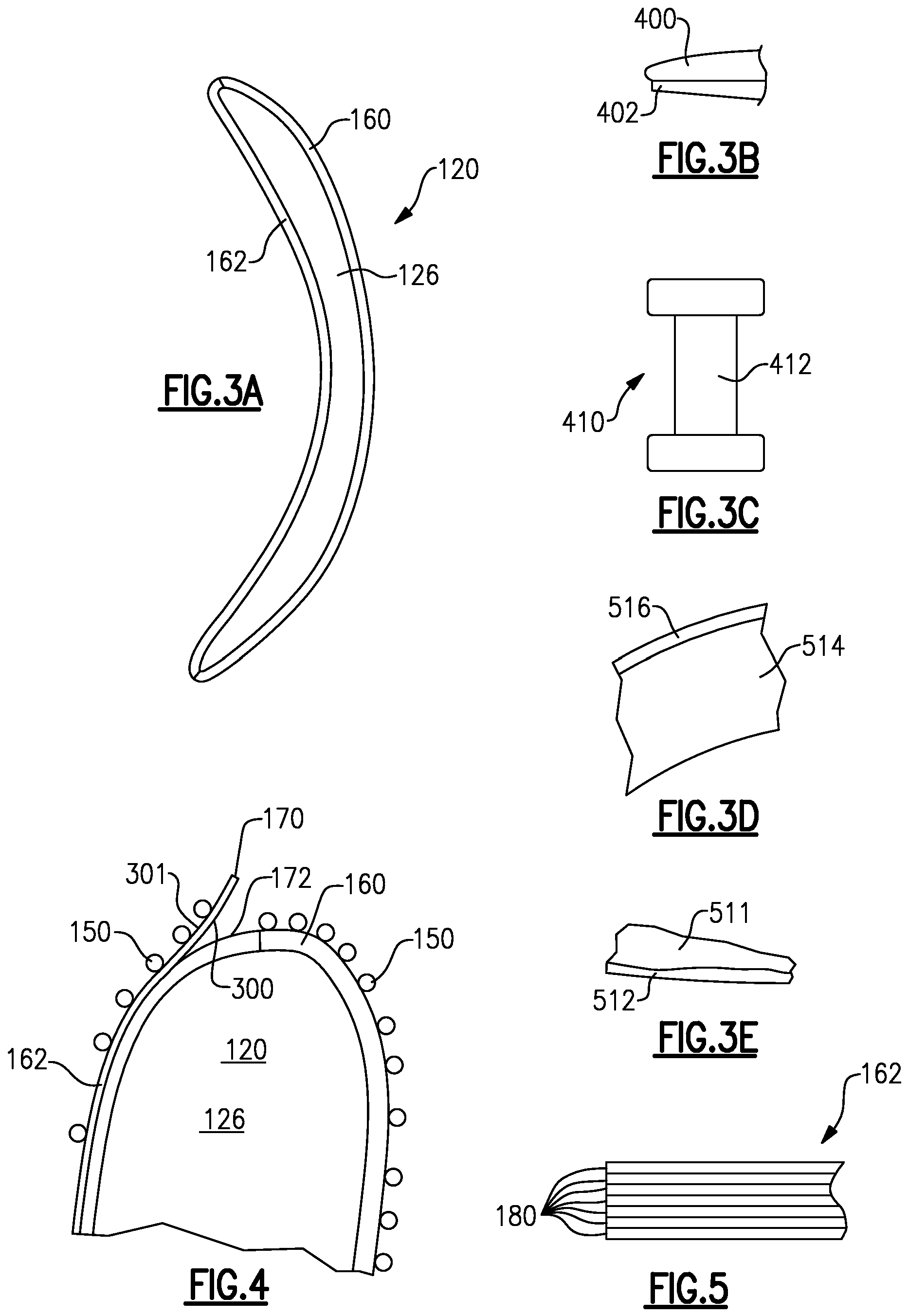