Figure 1 is a cross-sectional view of a camming device having cam lobes that may be made in accordance with a method embodying the invention;

Figure 2 is a perspective view of the device of Figure 1;

Figure 3 shows the metal components only of the device of Figure 1;

Figure 4 is a detailed view of a head of the camming device of Figure 1;

Figure 5 shows the device of Figure 1 in use with a carabiner (sling 62 not shown);

Figure 6 shows the device of Figure 1 in use with a sling in a shortened condition; and

Figure 7 shows the device of Figure 1 in use with a sling in a lengthened condition.

1. A method of making a cam element (28) for a camming device comprising forming a body, applying during manufacture a protective coating to the body in an anodisation process, and characterised by, in a subsequent manufacturing step, performing a machining operation on the body to form a working surface (66), thereby removing the coating in the region of the working surface.

3. A method of making a cam element according to claim 1 or claim 2 in which the working surface has additional formations, such as grooves or ridges, to enhance its grip.

4. A method of making a cam element according to claim 3 in which the working surface has a plurality of grooves extending across it. 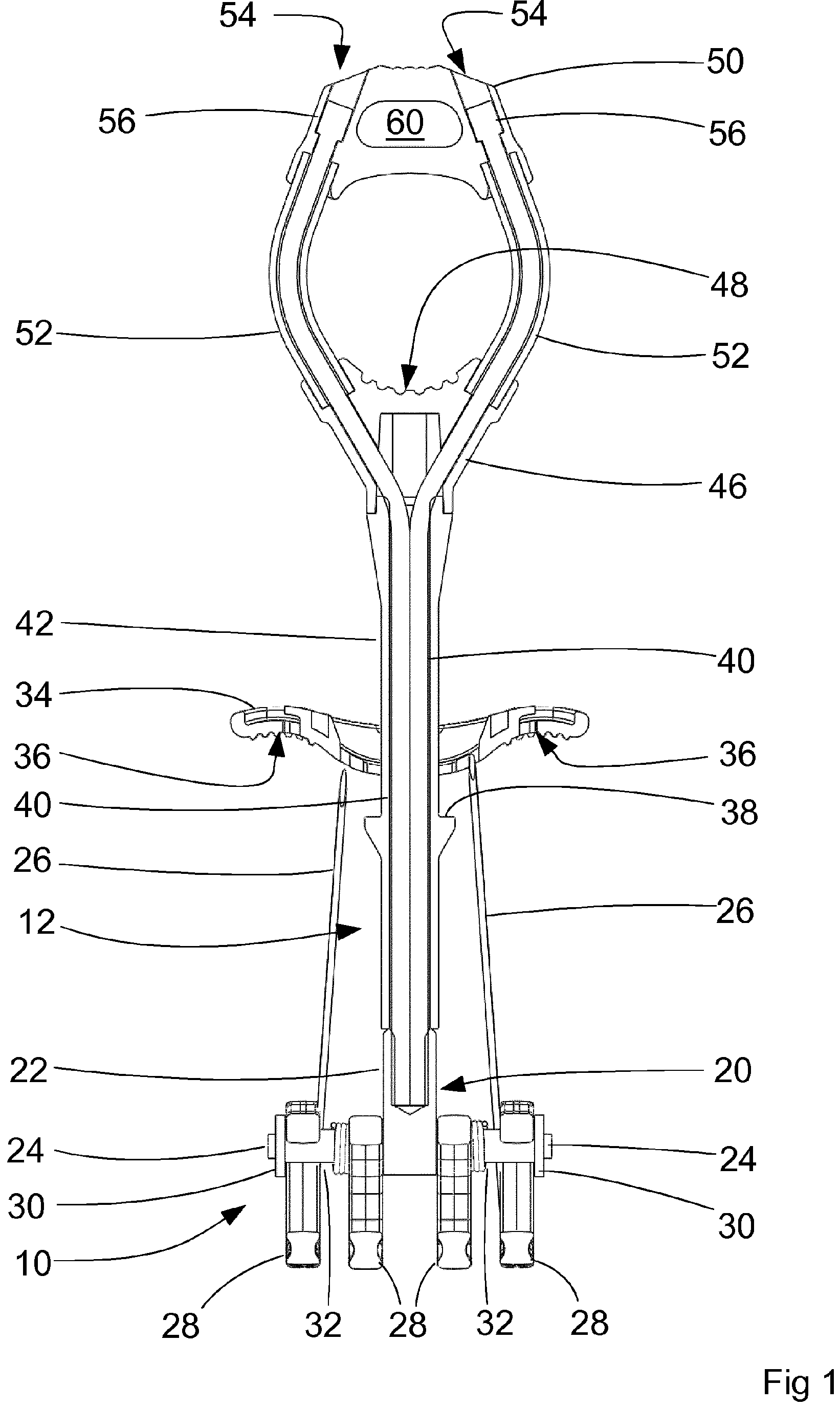 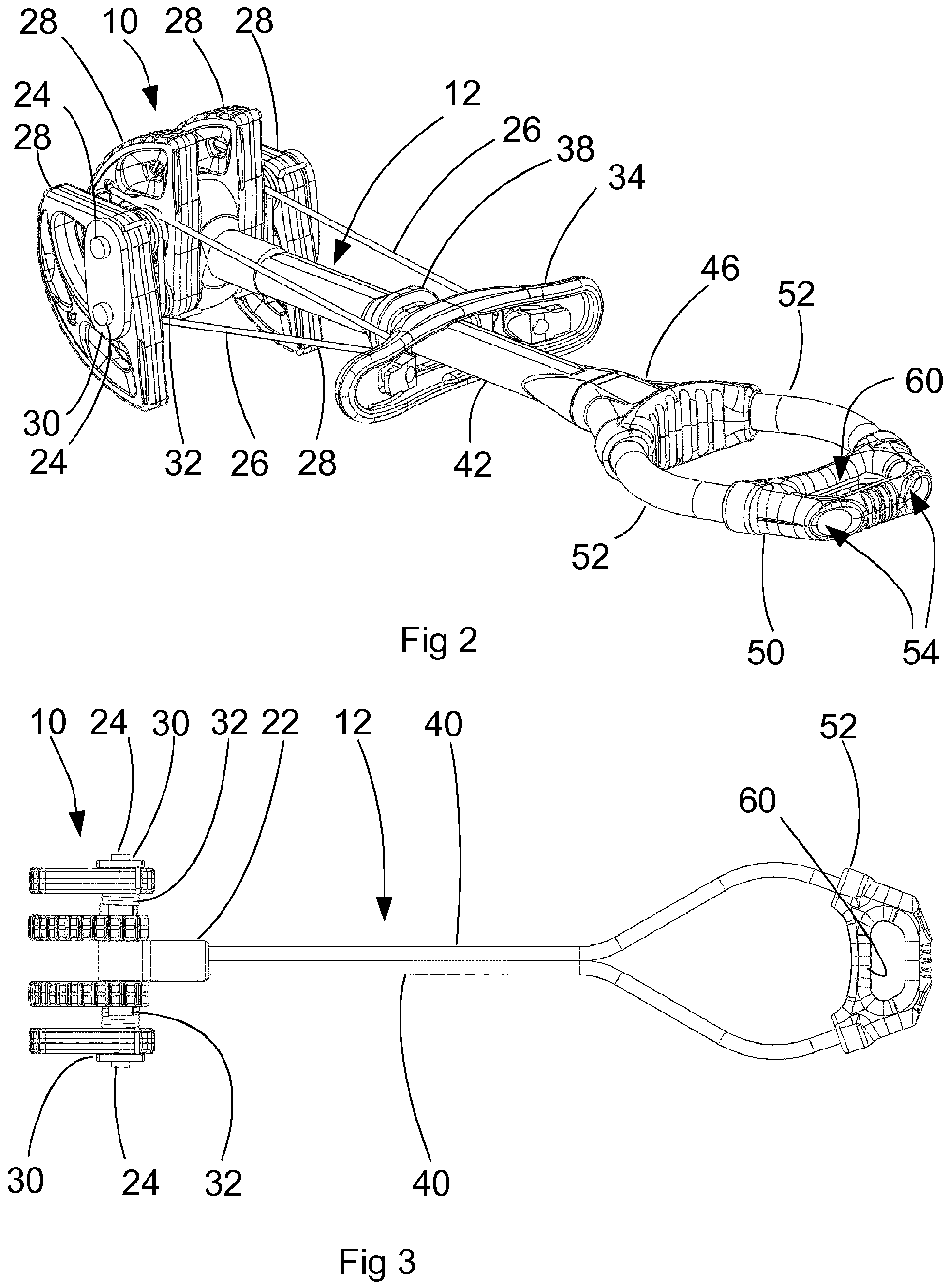 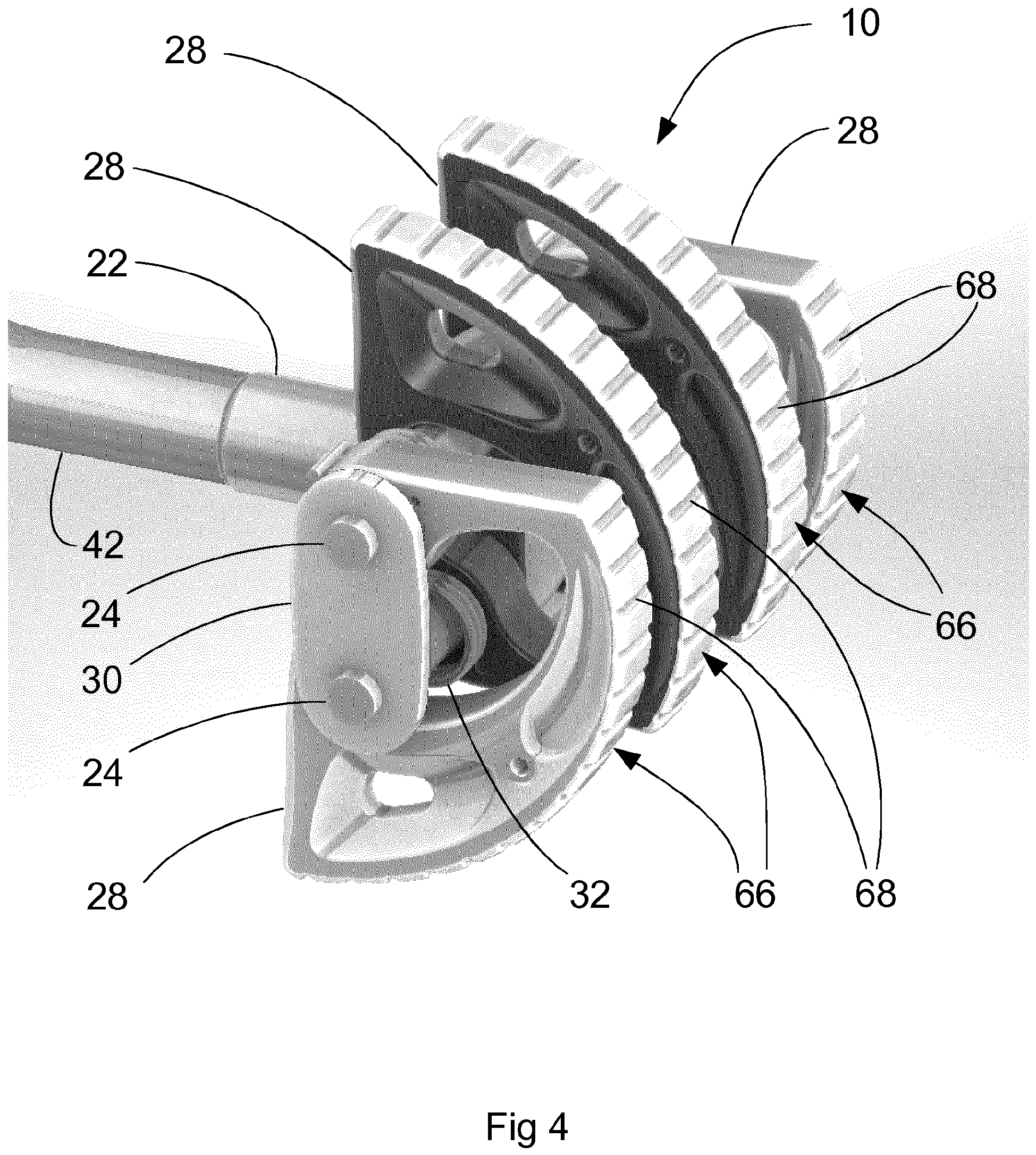 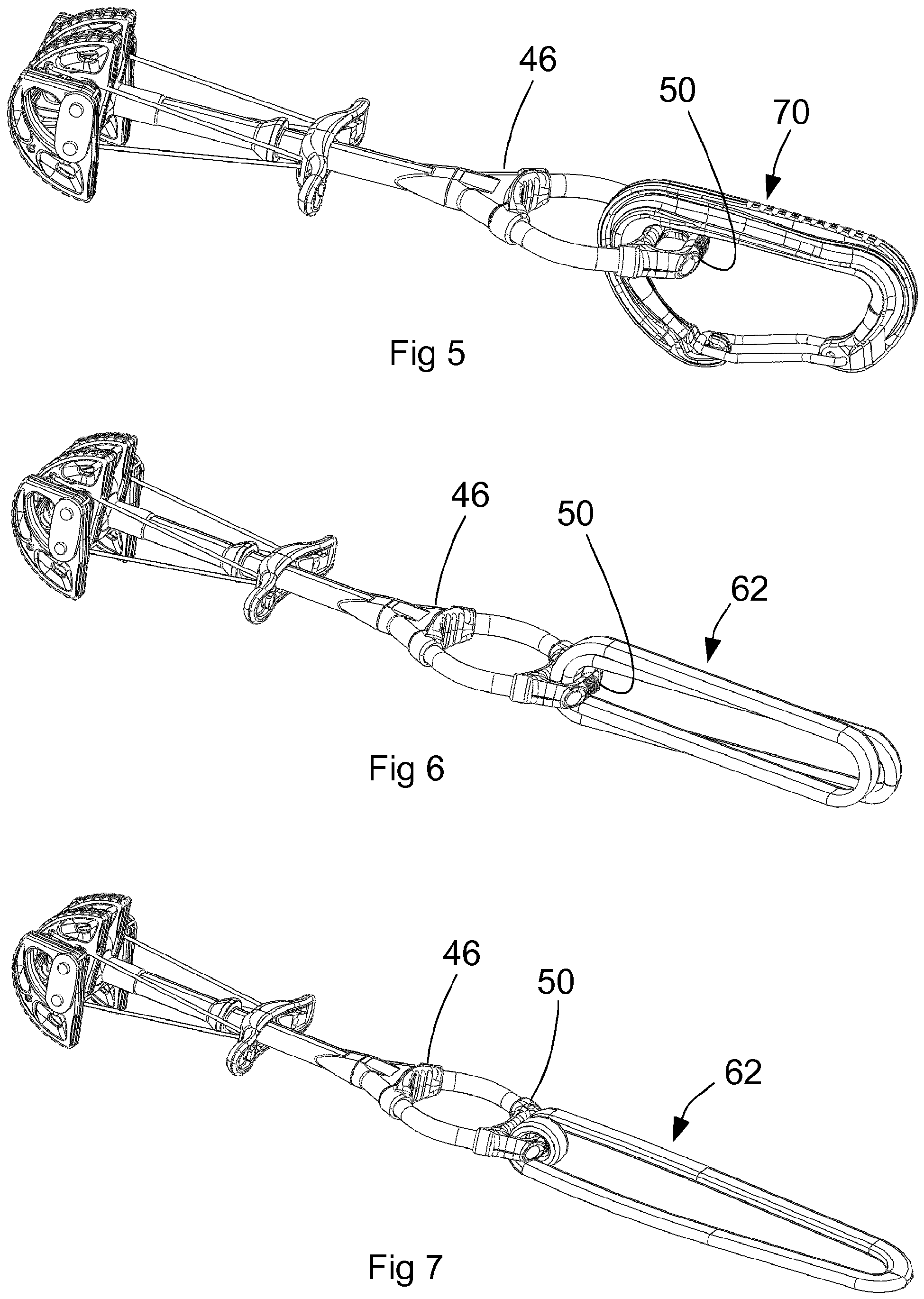