Figs. 6-11 illustrate one example of a process for making a printhead flow structure such as might be used in the print bar shown in Figs. 1-5.

Figs. 12-18 illustrate another example of a process for making a printhead flow structure such as might be used in a print bar like the one shown in Figs. 1-5.

[0004] The same part numbers designate the same or similar parts throughout the figures. The figures are not necessarily to scale. The relative size of some parts is exaggerated to more clearly illustrate the example shown.

1. A method for making a fluid flow structure, comprising:

pre-impregnating a printed circuit board (14) with an epoxy resin used with a high temperature tape (50);

connecting a conductor (38) in the printed circuit board (14) to a conductor on the micro device (18).

applying a barrier over each slot;

placing the micro device sliver against the high temperature tape (50) in each slot;

bonding printed circuit board conductors (38) to electrical terminals on the micro device slivers; and

removing the barrier covering each slot.

4. A fluid flow structure manufactured by a method according to claims 1 to 3, comprising:

a printed circuit board (14) pre-impregnated with an epoxy resin;

the printed circuit board (14) having:

a channel (24) therein through which fluid may flow to the micro device(18); and

wherein the micro device (18) is glued into an opening that forms the channel (24) in the board.

a manifold connected to the holes such that printing fluid can flow from the holes directly into the manifold; and 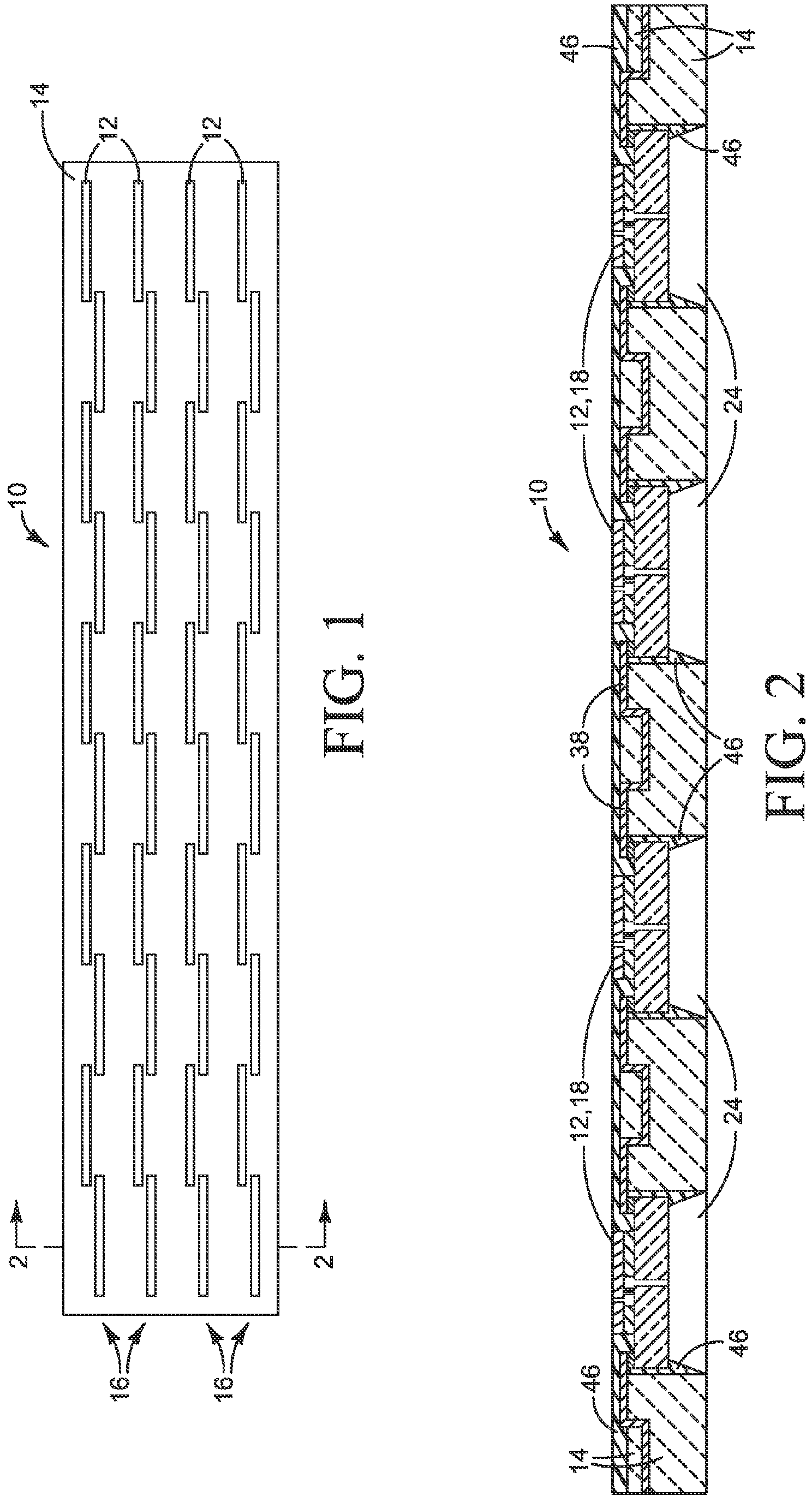 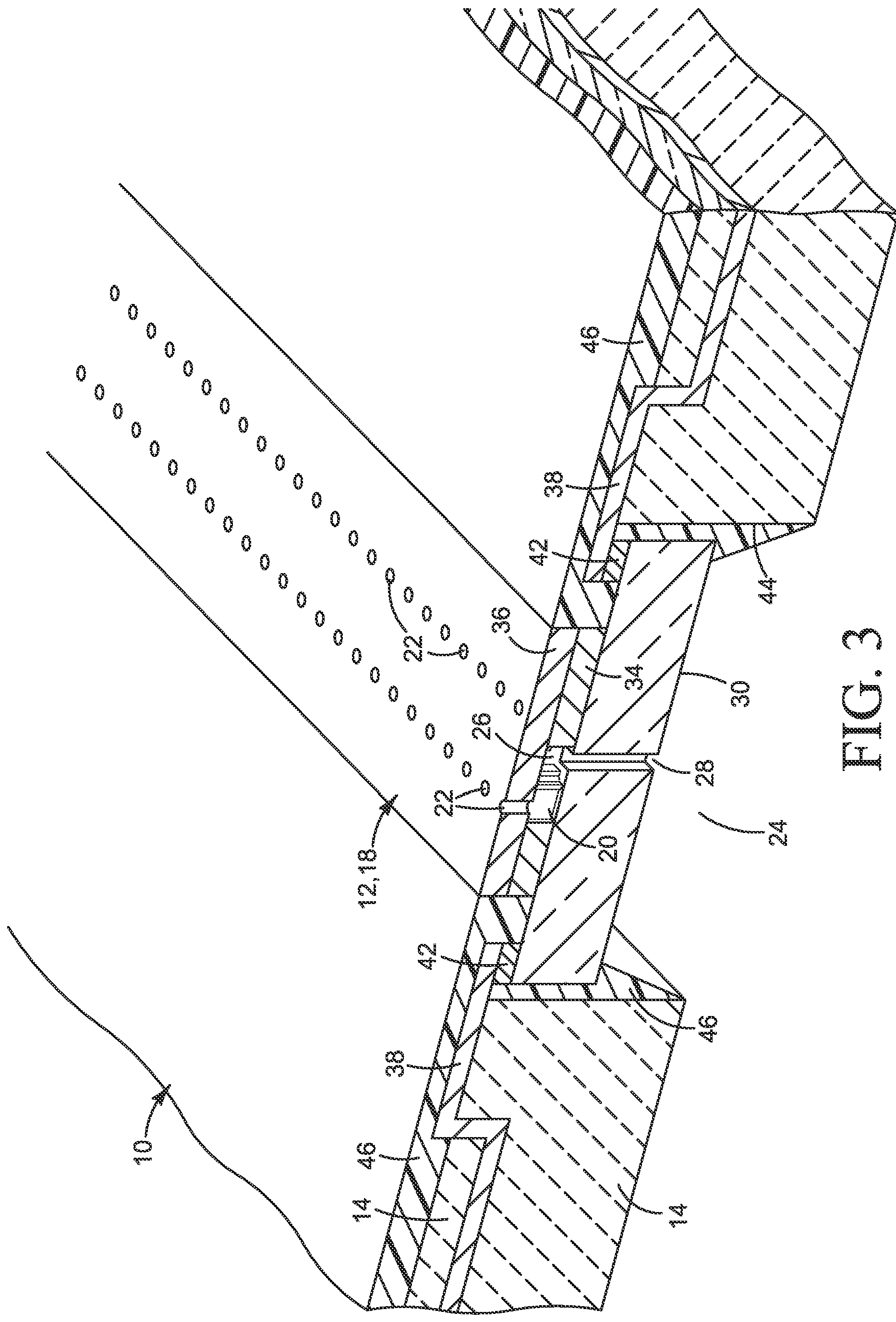 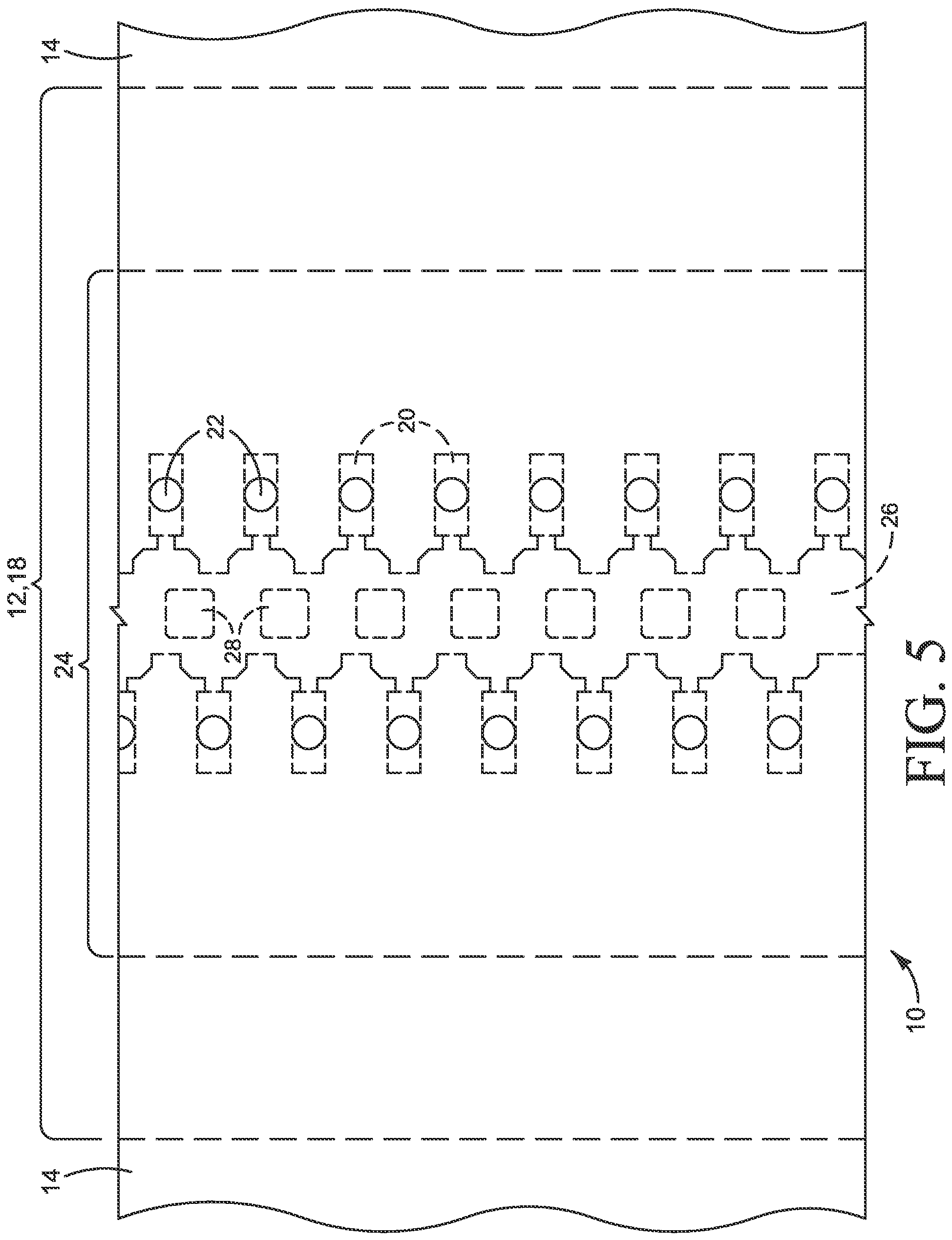 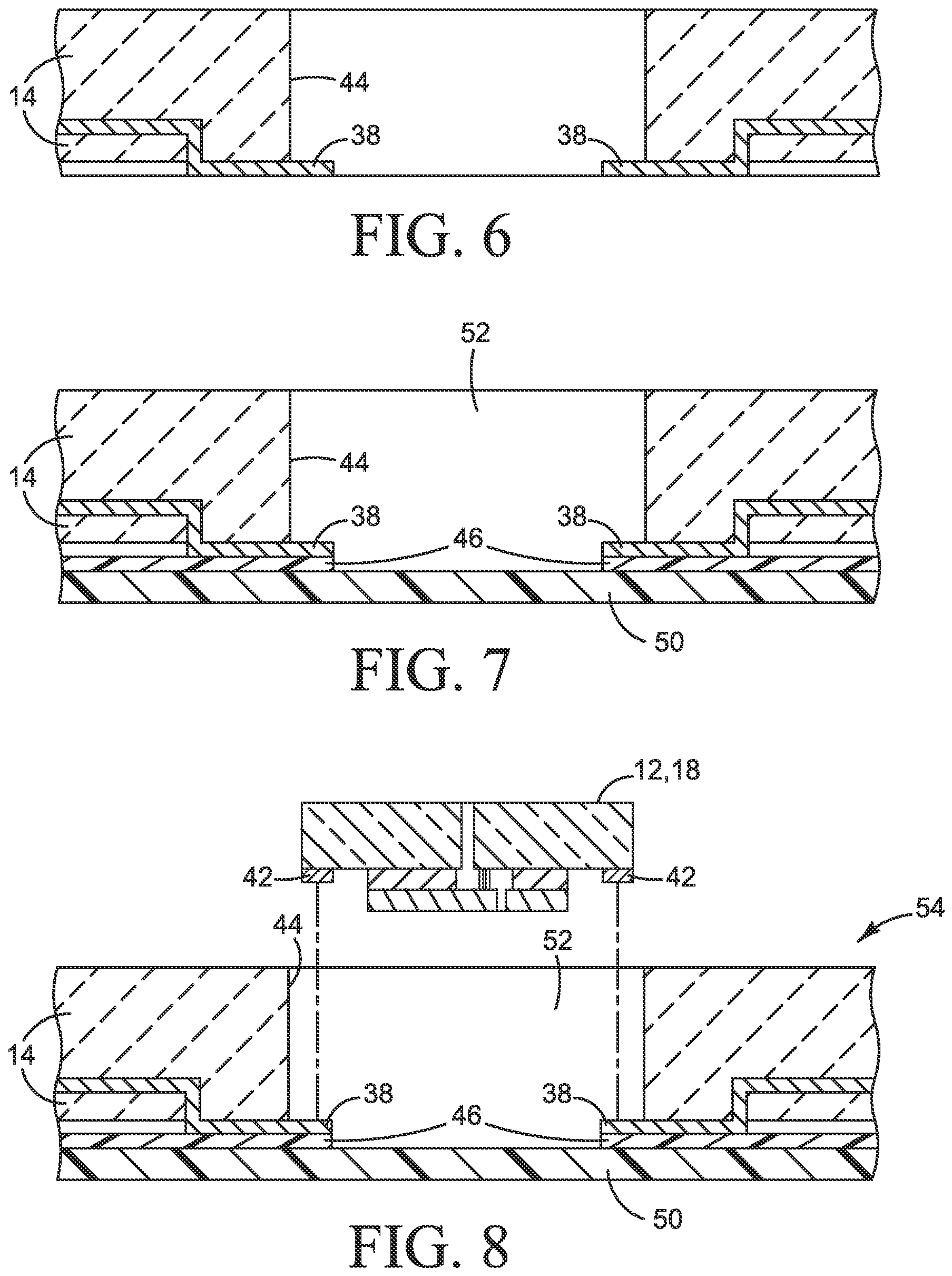 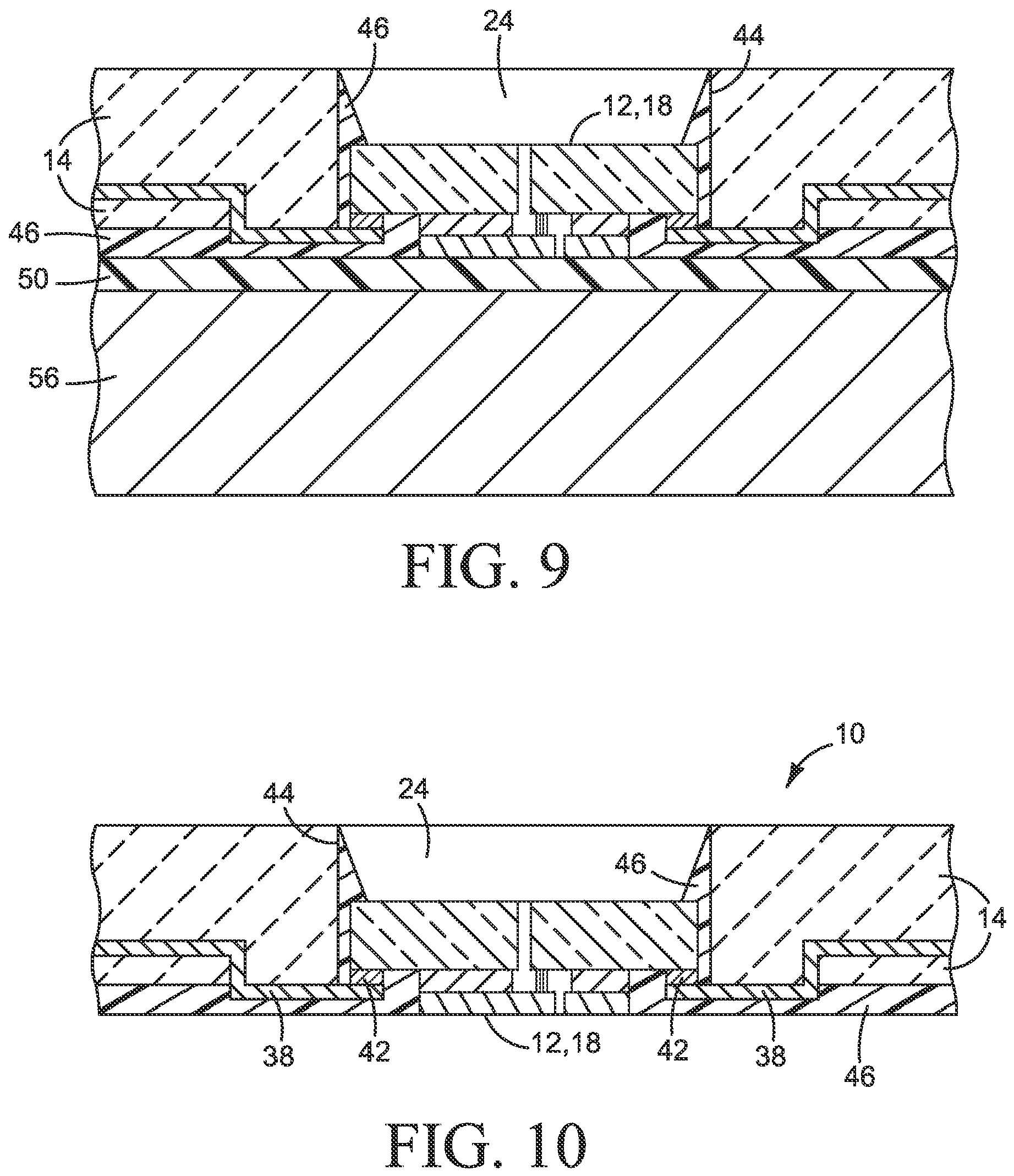 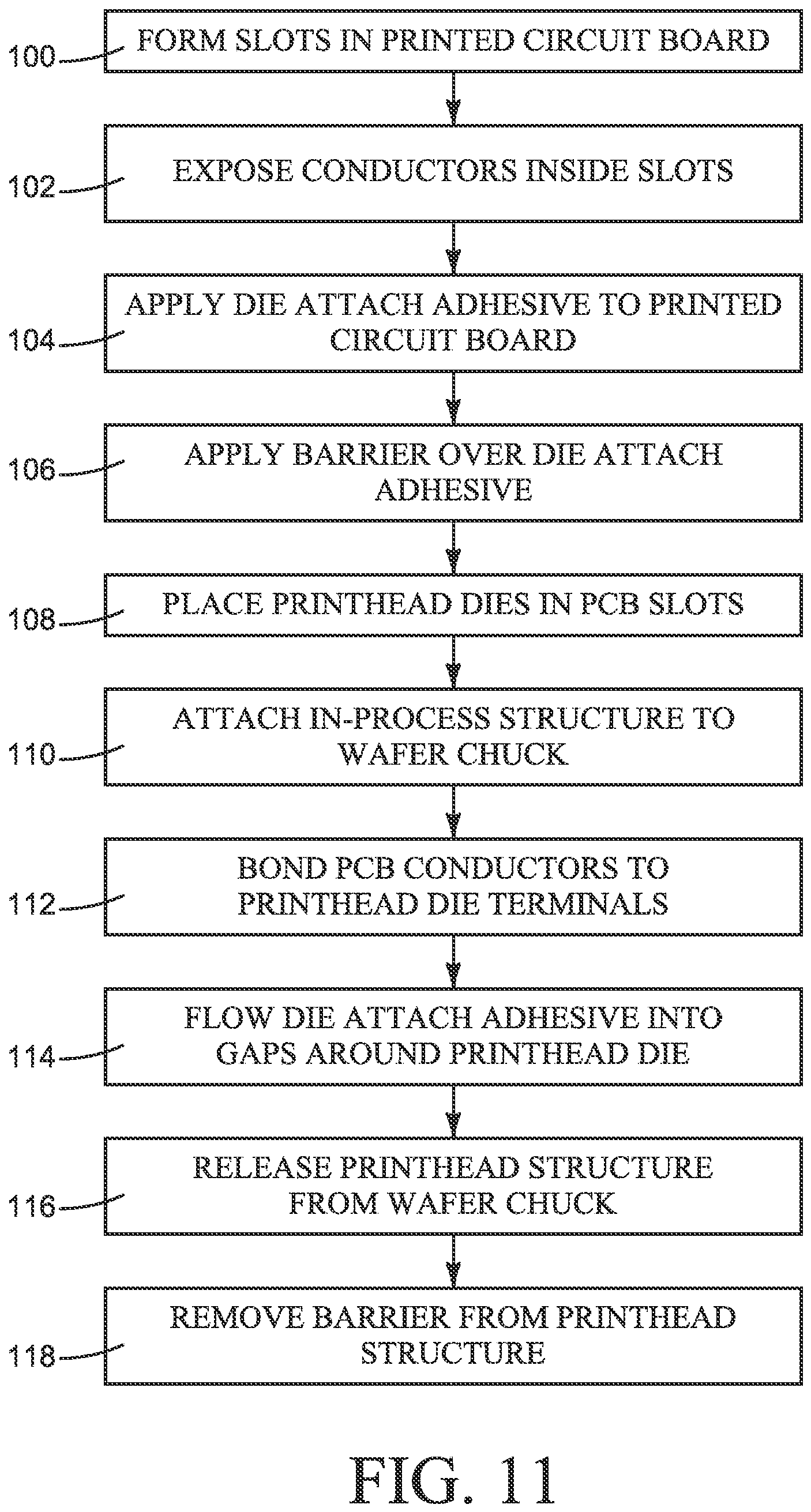 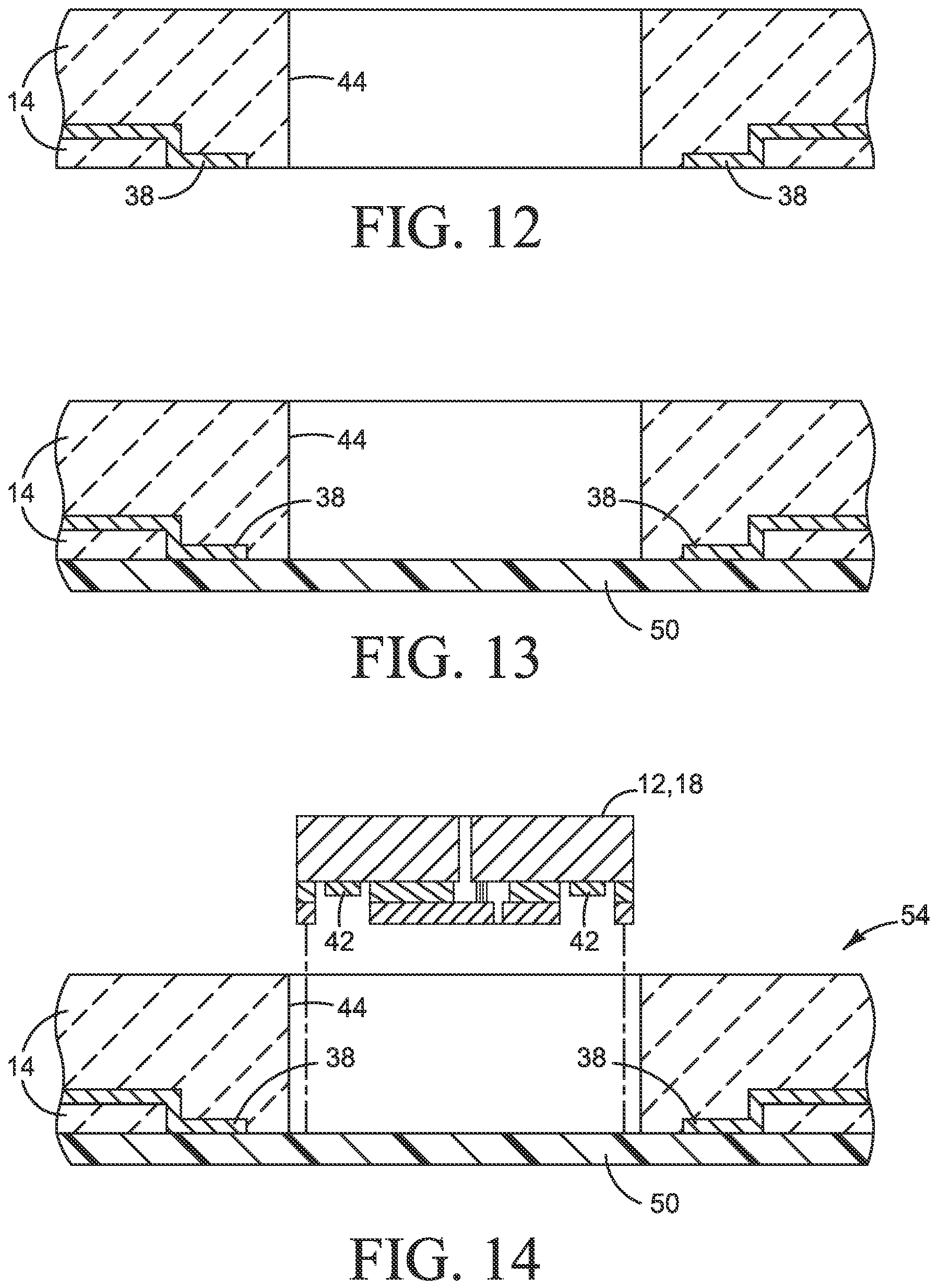 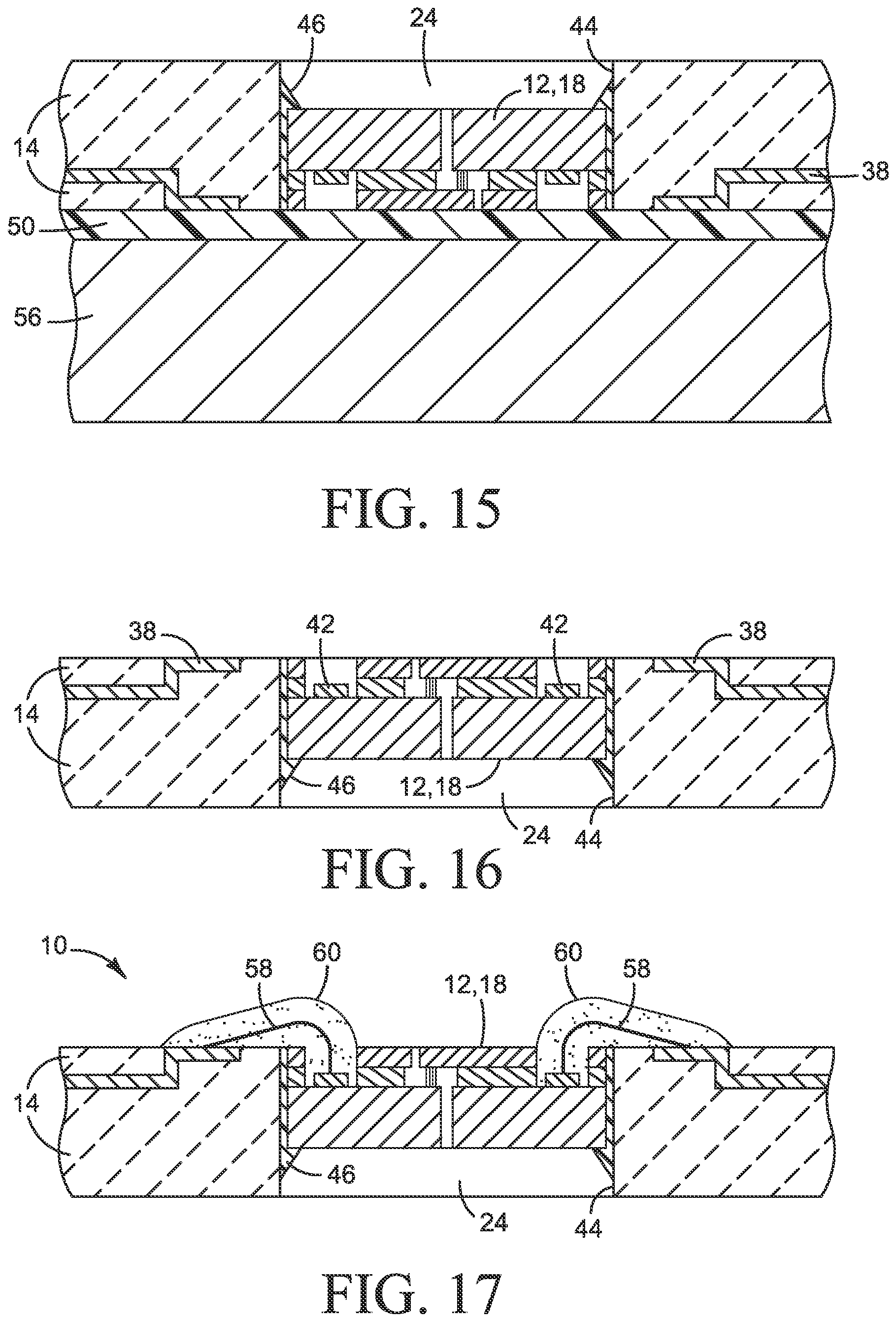 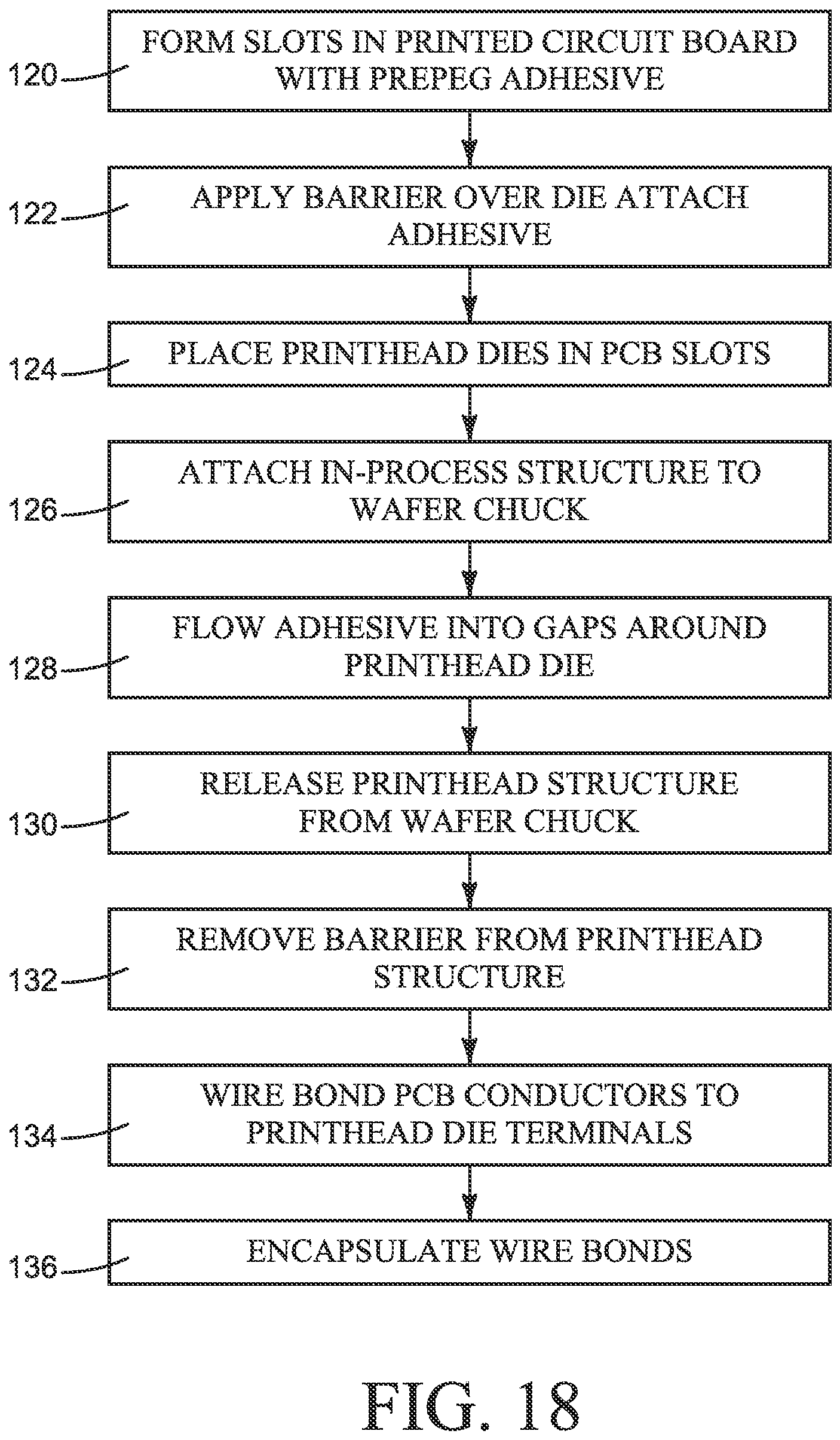