[0015] The above-mentioned and other features and advantages of this invention, and the manner of attaining them, will become more apparent and the invention will be better understood by reference to the following description of embodiments of the invention taken in conjunction with the accompanying drawings, wherein:

Fig. 1 is a perspective cutaway view showing the internal workings of a large square baler, which may include a plunger of the present invention;

Fig. 2 is a schematic side view of a plunger incorporating the present invention (shown in a first position) that may be used in the baler of Fig. 1.

Fig. 3 is a schematic side view of the plunger of Fig. 2, shown in a second position.

Fig. 4 is a schematic side view of the plunger of Fig. 2, shown in a third position.

- orient the plunger end face (66) to a second orientation so that both edges (68, 70) compress the crop material equally, 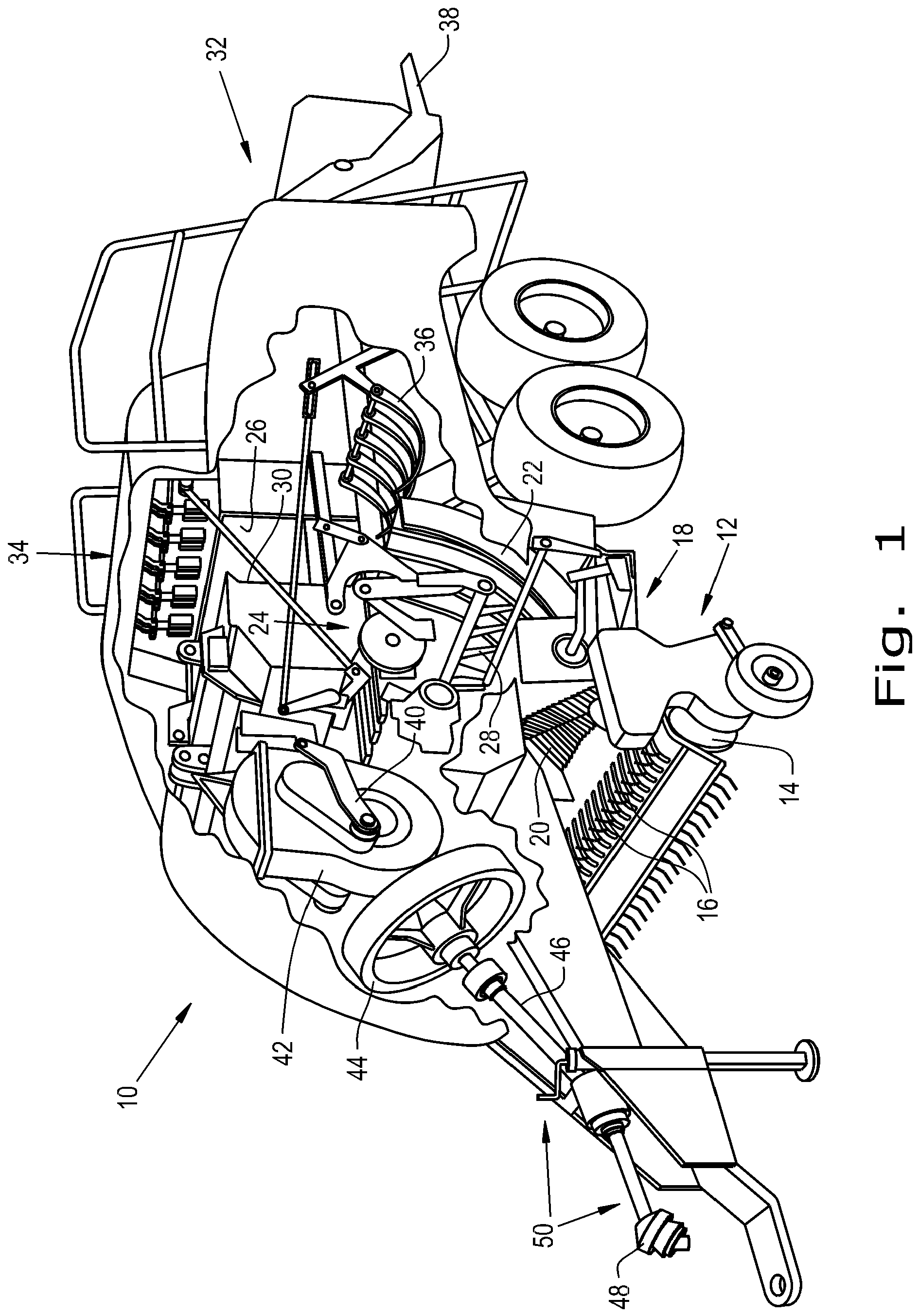 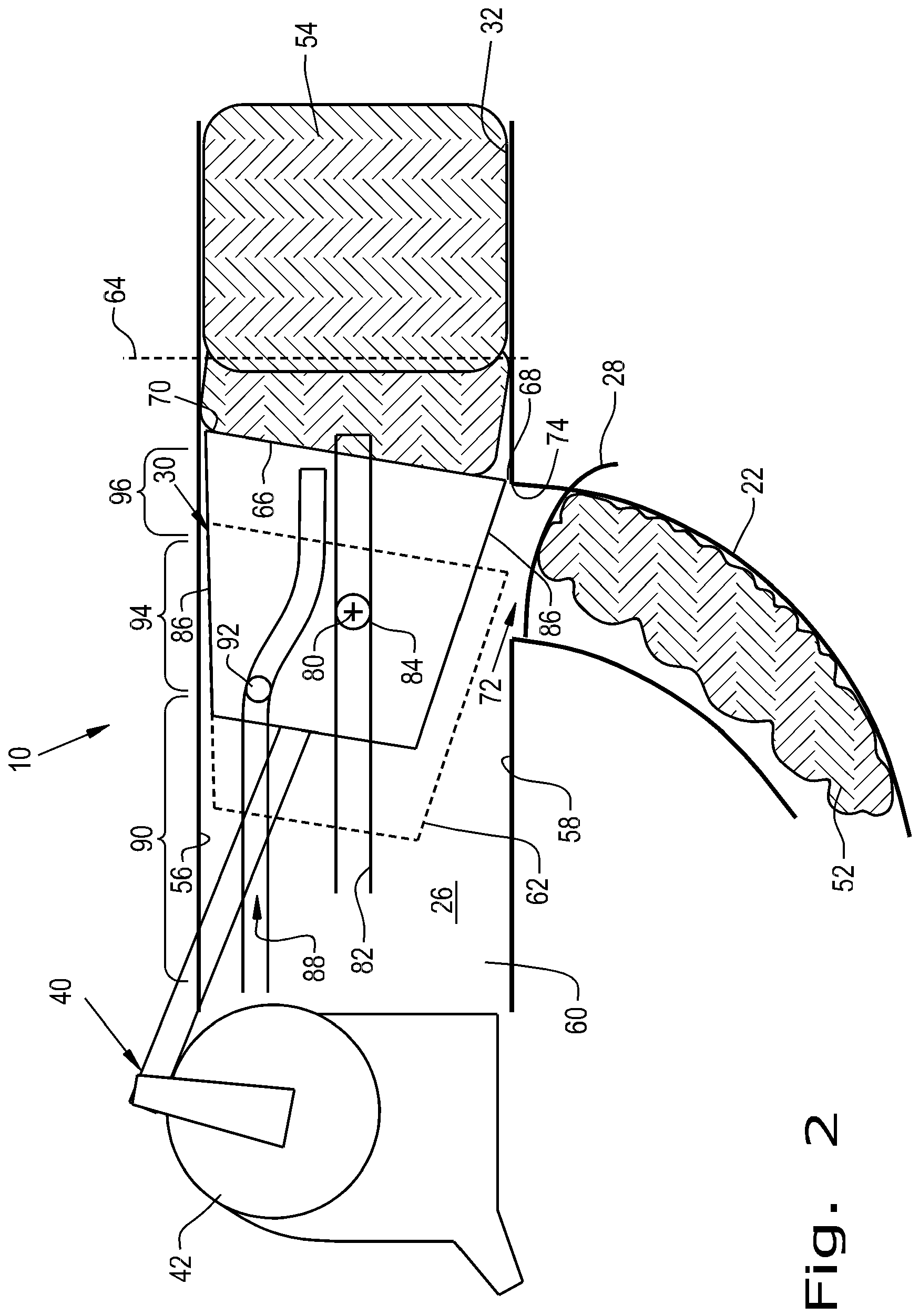 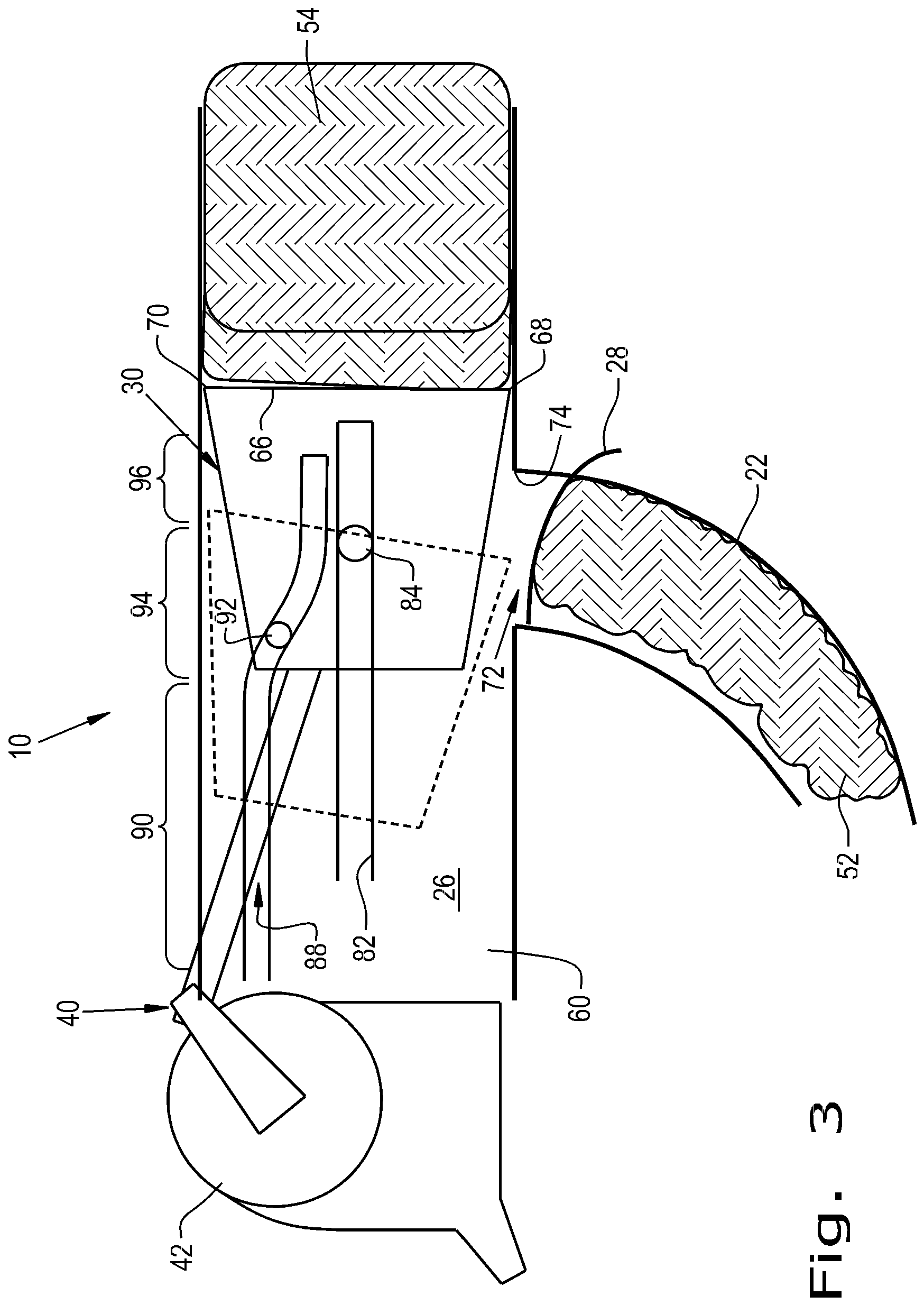 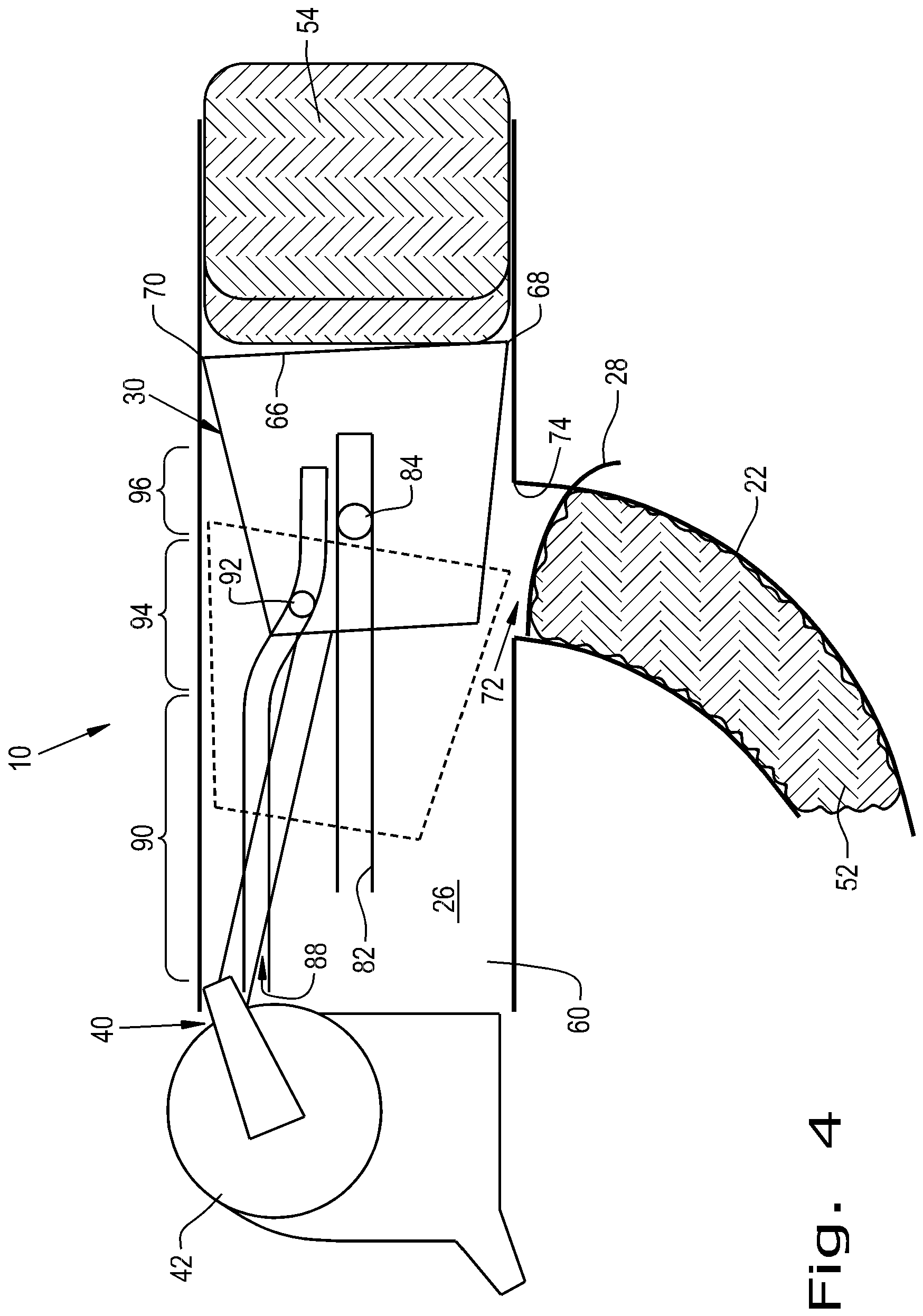