[0034] The claimed invention relates to a user equipment, a method and a medium carrying a computer program as defined in independent claims 1, 8 and 13, respectively. Particular embodiments are defined in the dependent claims.

[0035] A more detailed understanding may be had from the following description, given by way of example in conjunction with the accompanying drawings wherein:

FIG. 2 is a block diagram illustrating the ETSI M2M architecture;

FIG. 7A illustrates a flow diagram of access network EAP based D/GSCL bootstrapping;

FIG. 7B illustrates a flow diagram of access network EAP based D/GSCL bootstrapping continued from FIG. 7A;

FIG. 8A is a system diagram of an example machine-to-machine (M2M) or Internet of Things (IoT) communication system in which one or more disclosed embodiments may be implemented;

FIG. 8B is a system diagram of an example architecture that may be used within the M2M / IoT communications system illustrated in FIG. 8A;

FIG. 8C is a system diagram of an example M2M / IoT terminal or gateway device that may be used within the communications system illustrated in FIG. 8A; and

FIG. 8D is a block diagram of an example computing system in which aspects of the communication system of FIG. 8A may be embodied.

a memory coupled to the processor, the memory having stored thereon executable instructions that when executed by the processor cause the processor to effectuate operations comprising:

verifying that the authentication information associated with the server is correct to authenticate the network.

verifying, by the user equipment, that the authentication information associated with the server is correct to authenticate the network. 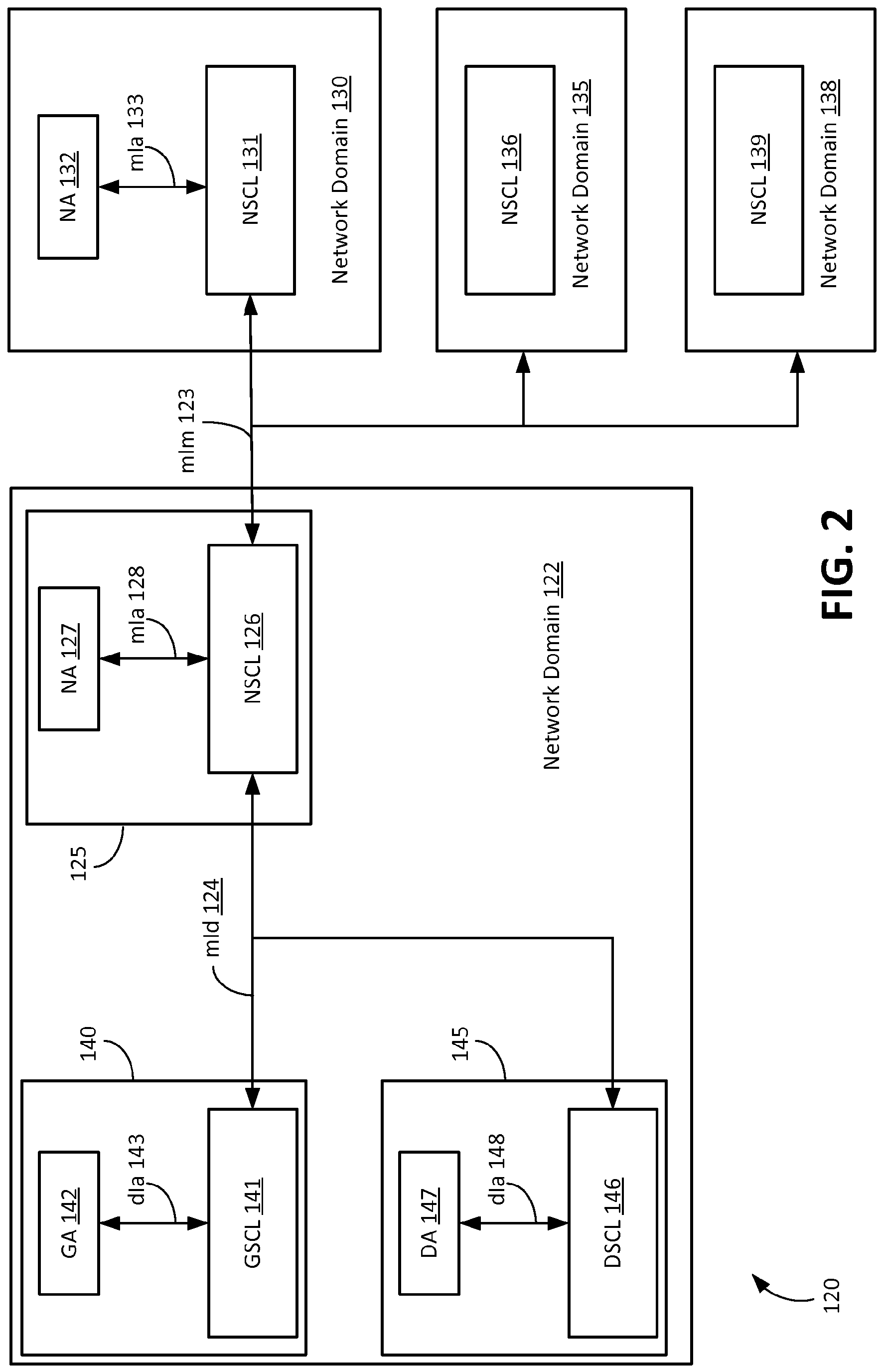 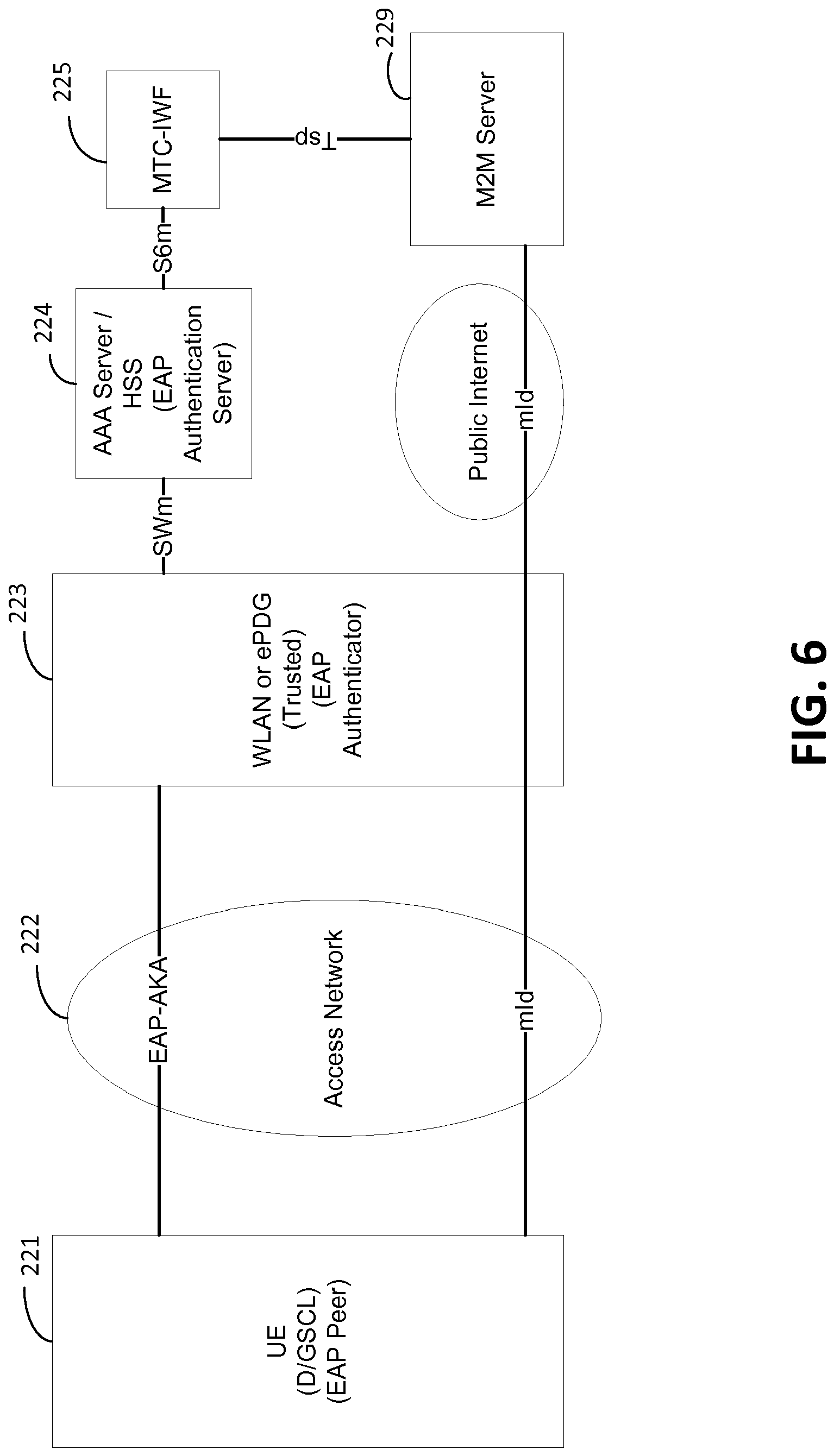 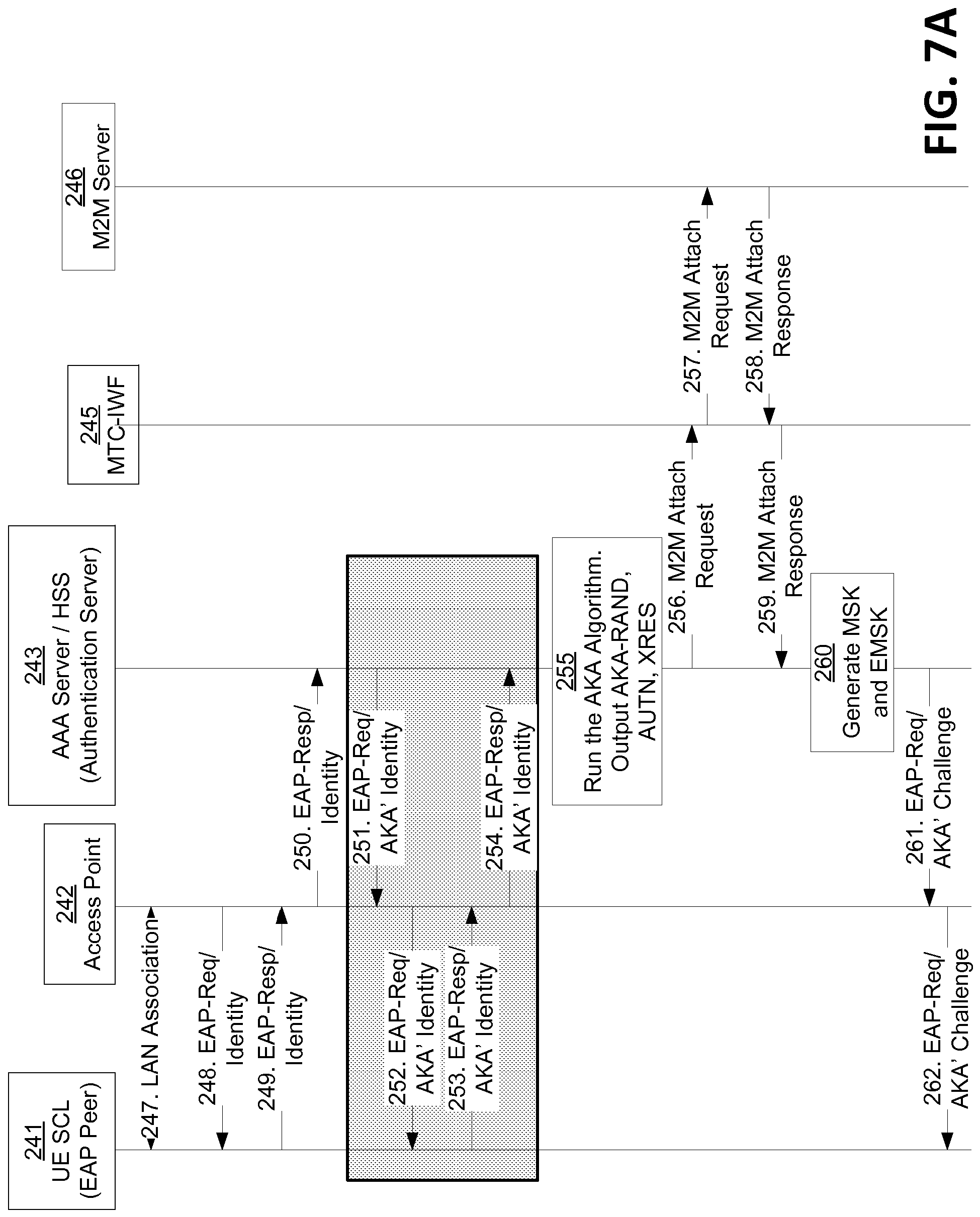 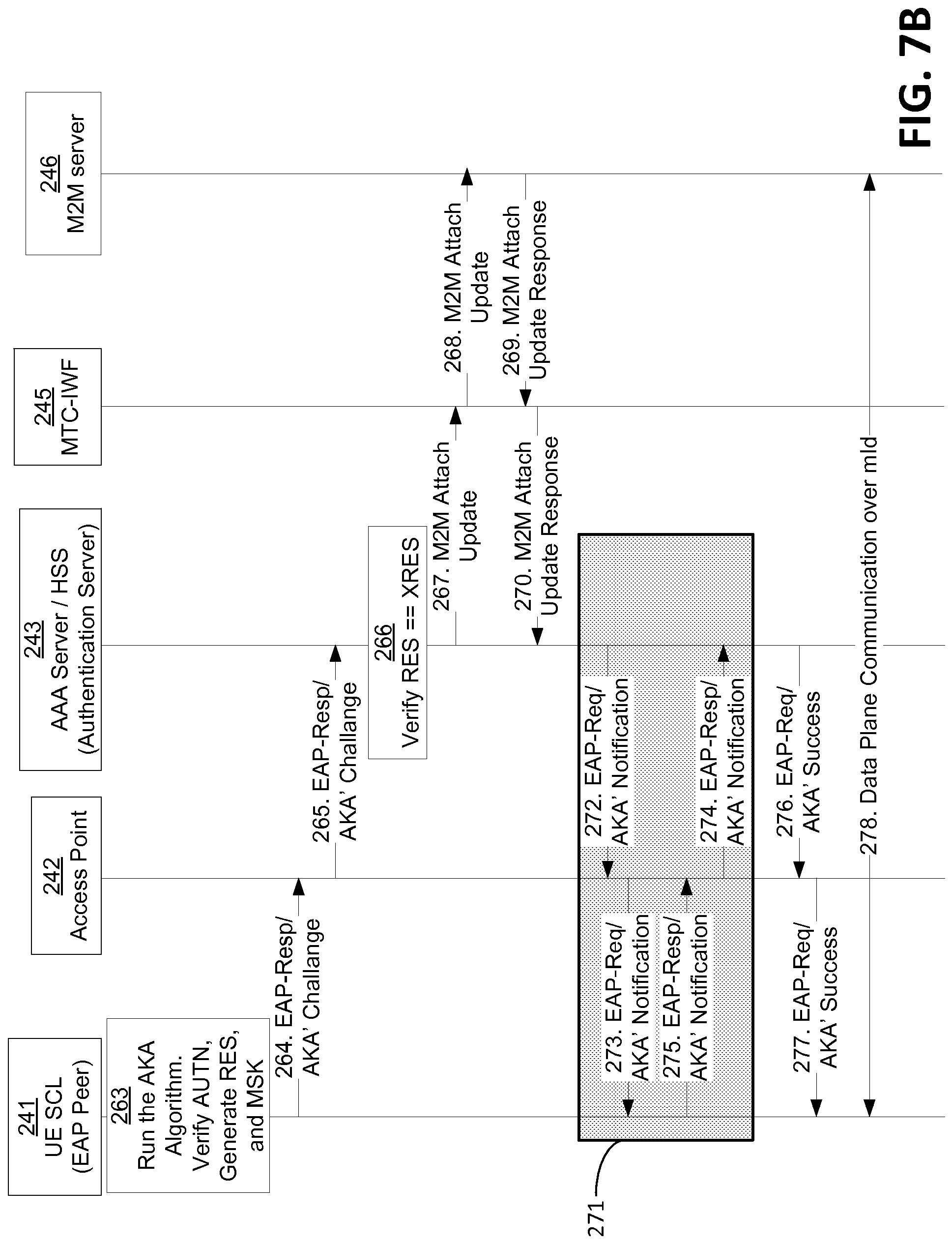 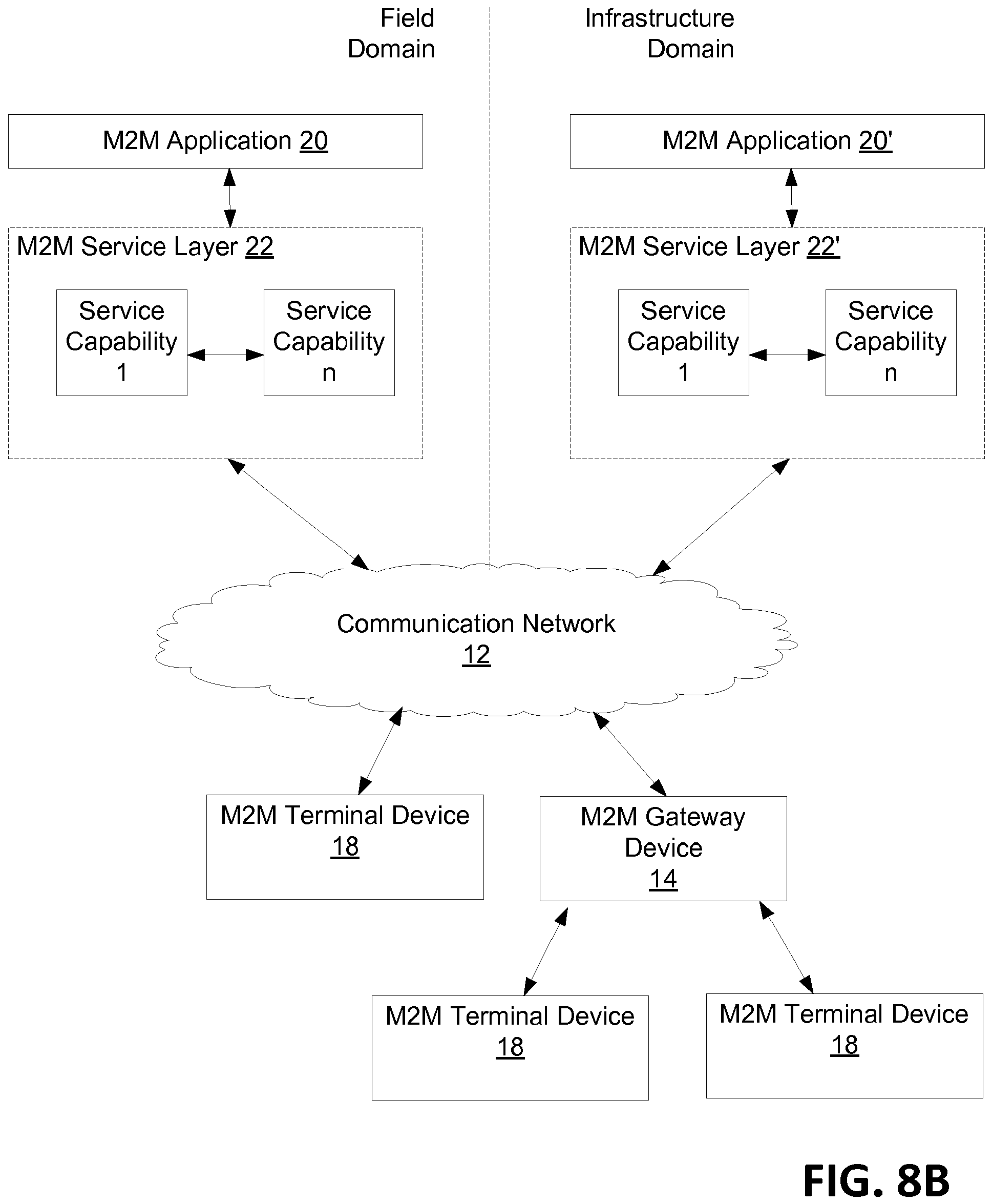 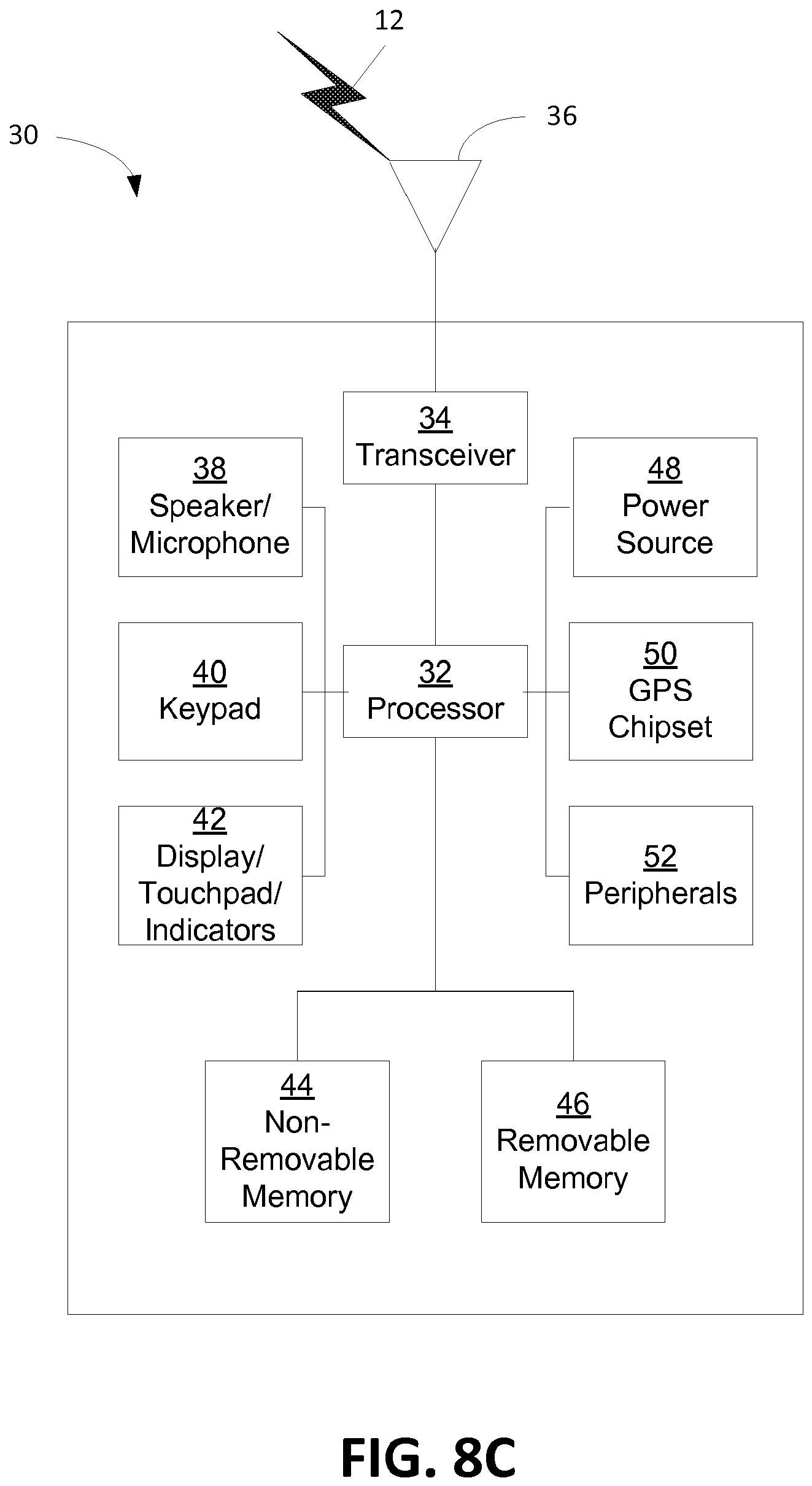