[0001] Within an aircraft, an oil system is frequently used. Oil is used for cooling and lubricating various aircraft entities, such as rotating shaft bearings, a fan drive gear system, and a gearbox, where the gearbox extracts power from an engine for purposes of driving generators, pumps, and auxiliary components/devices. The oil system includes a tank for storing bulk oil and pipes that connect the tank to the various entities that require the oil.
[0002] A cooler may be used to remove heat from the oil. An air-oil cooler uses air for purposes of providing a cooling fluid. For example, air is taken from the fan bypass, flowed through the cooler, and returned to the fan bypass as an exhaust.
[0003] Foils located in the cooler are fragile, such that the foils are susceptible to damage if subjected to a direct impact from large objects (e.g., hail stones). Measures need to be taken to ensure that the foils are not damaged; otherwise, the reliability and availability of the aircraft may be compromised.
[0004] US 2931460 discloses a debris guard for an air-intake duct of a gas turbine engine. The debris guard comprises means for permitting a flow of air in a direction axially of the duct, and for impeding or preventing the passage of discrete bodies of above a predetermined size in all directions downstream of the duct other than in a direction which is transverse to and inclined upwardly of a horizontal plane which includes the axis of the duct. US3329377 discloses a similar system known from the state of the art.

[0009] The present disclosure is illustrated by way of example and not limited in the accompanying figures in which like reference numerals indicate similar elements.

FIG. 2 illustrates a portion of the system of FIG 1.

FIG. 3A is a side perspective view of a hail screen.

FIG. 3B illustrates a cross section of a hail screen.

FIG. 3C illustrates a perspective view of a hail screen. 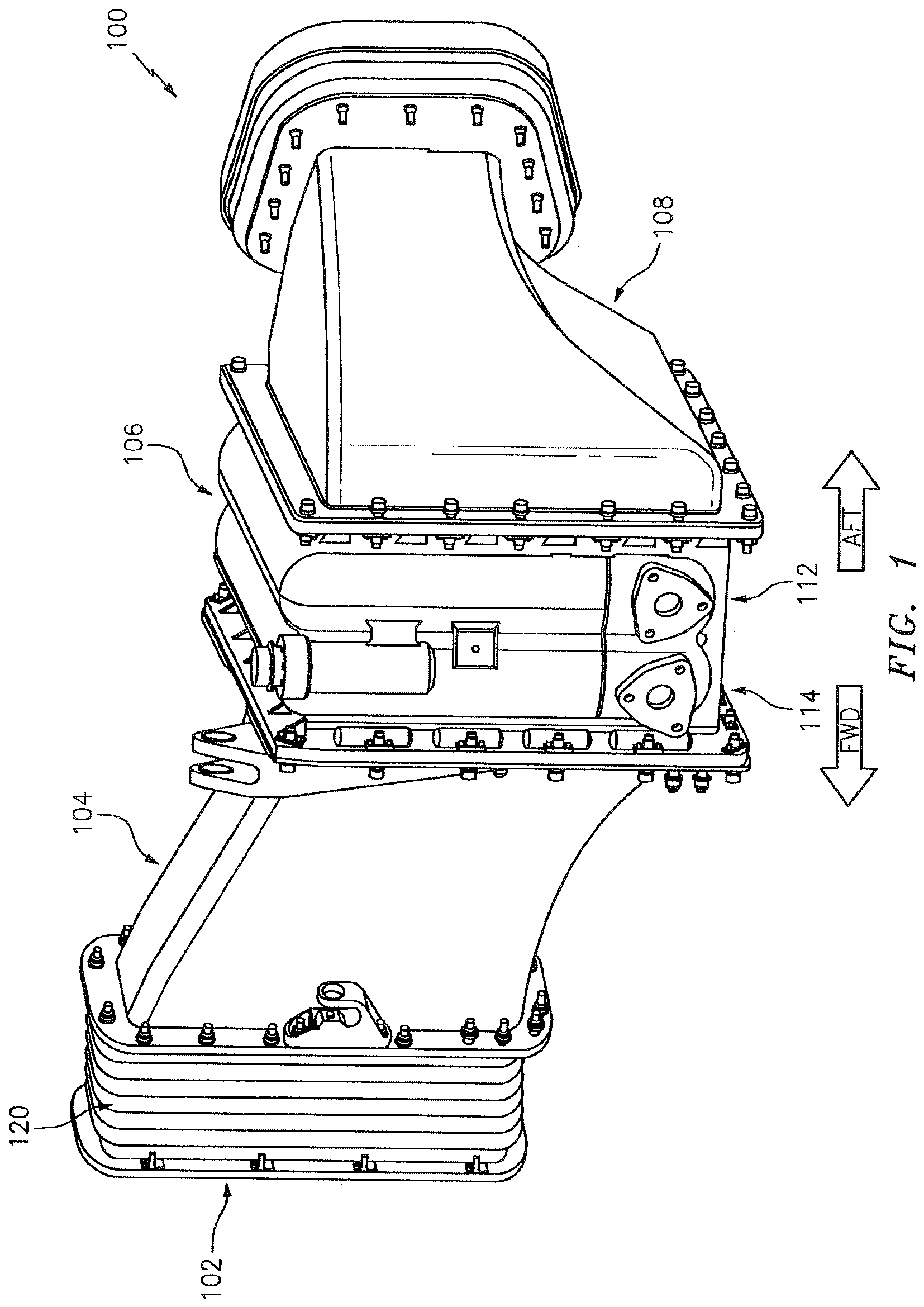 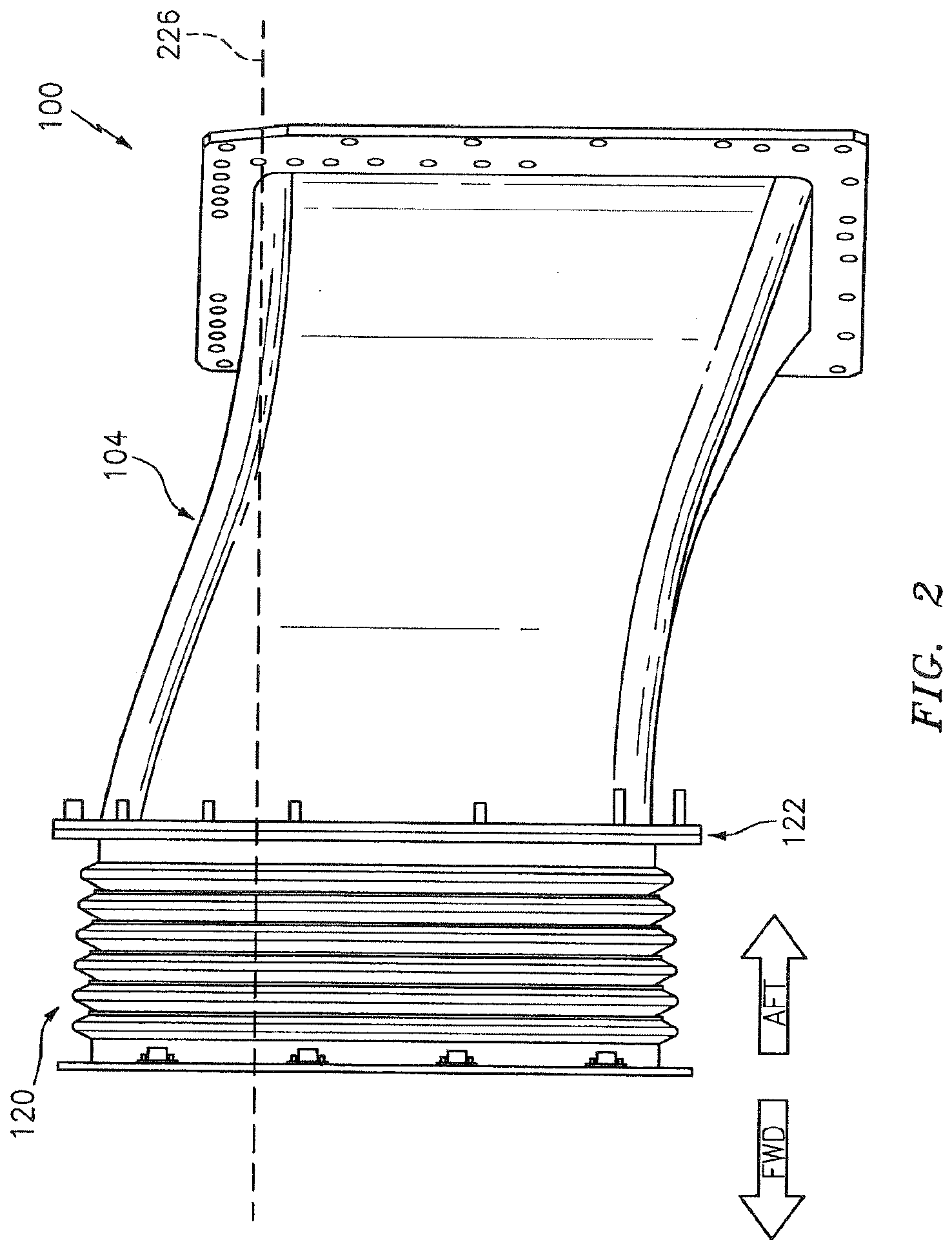 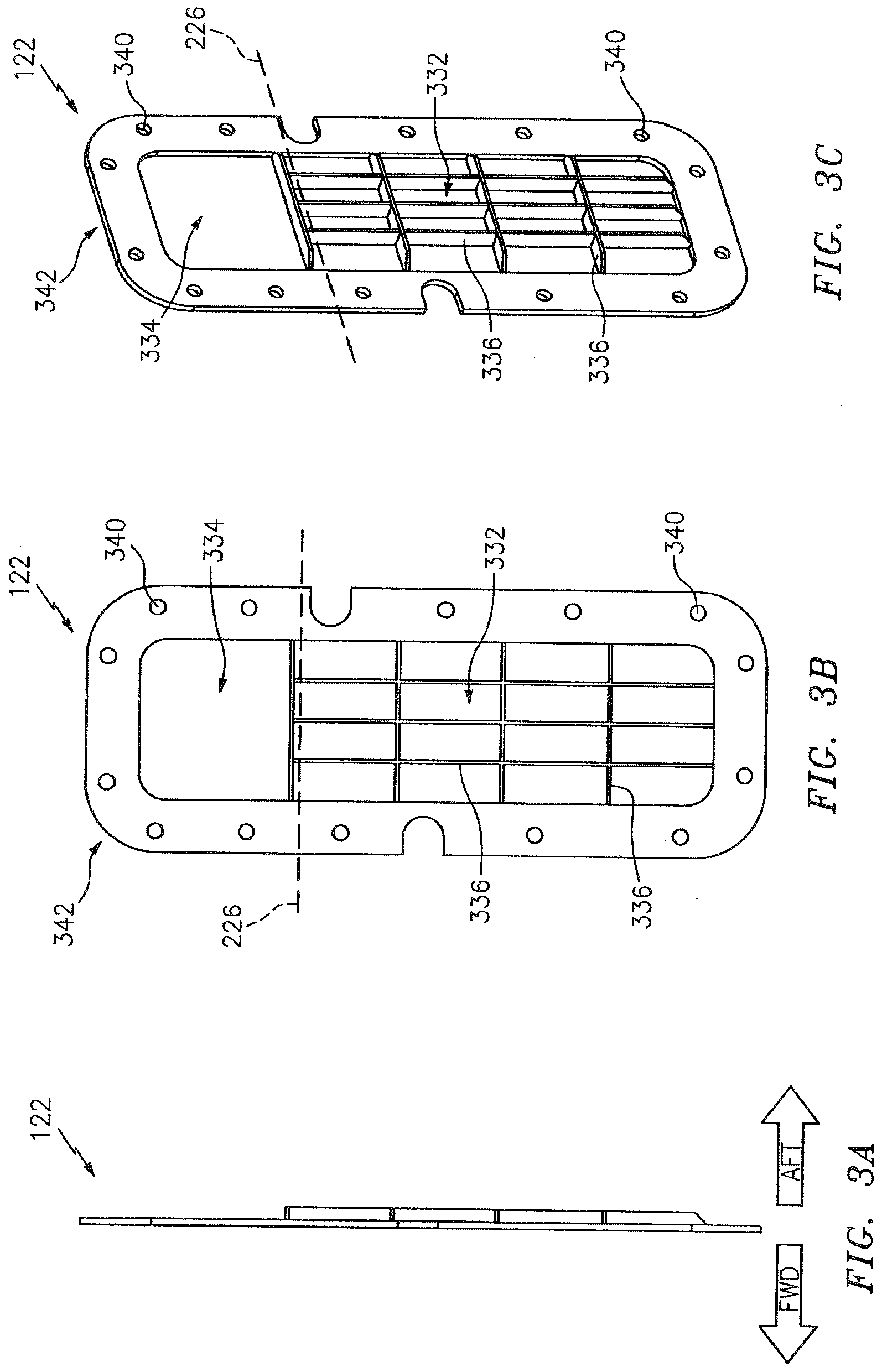