[0001] The present invention relates generally to mapping resources in a hydrocarbon reservoir and more particularly to the use of adjusted seismic data for mapping remaining resources after initial exploitation of the reservoir.

[0002] In the petroleum industry, seismic prospecting techniques are commonly used to aid in the search for and the evaluation of subterranean hydrocarbon deposits. In seismic prospecting, one or more sources of seismic energy emit waves into a subsurface region of interest such as a geologic formation. These waves enter the formation and may be scattered, e.g., by reflection or refraction, by subsurface seismic reflectors (i.e., interfaces between underground formations having different elastic properties). The reflected signals are sampled or measured by one or more receivers, and the resultant data, e.g., amplitude and phase information, are recorded. The recorded samples may be referred to as seismic data or a set of "seismic traces." The seismic data may be analyzed to extract details of the structure and properties of the region of the earth being explored.
[0003] Seismic imaging techniques for reservoir mapping may include taking multiple images over time in order to observe evolution of the subsurface. This method may be referred to as four dimensional (4D) mapping or time-lapse imaging. In 4D mapping, the seismic data is acquired, processed and interpreted on an iterative basis over a region of interest. Typically, such an approach is used in an area known to be undergoing change, such as a reservoir that is subject to production and/or injection processes. In this way, changes due to the exploitation of the reservoir may be observed, and conclusions regarding future productivity of the reservoir may be reached.
[0004] Reference may be made to:

[0005] The present invention is defined by the independent claims, to which reference should now be made.
[0006] Specific embodiments are defined in the dependent claims.

Figure 1 schematically illustrates changes in amplitude in a simulated 4D seismic survey of a region as a result of changes in oil and water saturation;

Figure 4 schematically illustrates changes in amplitude for a 4D seismic survey (derived from compressional data) resulting from pressure changes in a region corresponding to the region illustrated in Figure 1;

Figure 6 is a plot of pressure against difference value for several well sites;

Figure 7a illustrates determining a correction factor for off-trend wells;

Figure 7b illustrates a correction factor map in accordance with an embodiment;

Figure 11 is a flowchart illustrating a method in accordance with an embodiment.

1. A method for mapping remaining hydrocarbon resources in a subsurface reservoir, comprising:

using (68) the corrected seismic amplitude difference map to generate a map representative of remaining hydrocarbon resources in the reservoir. 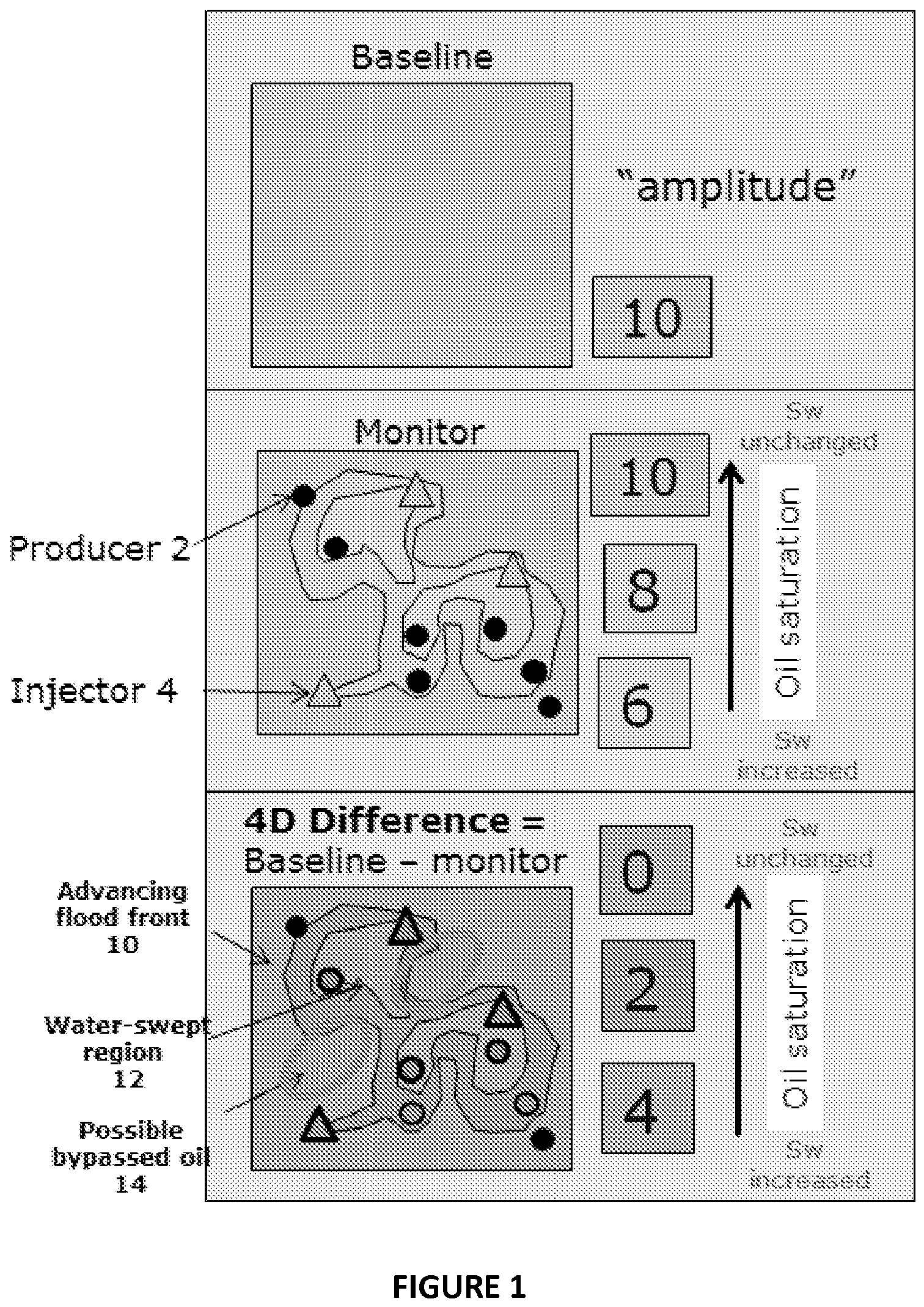 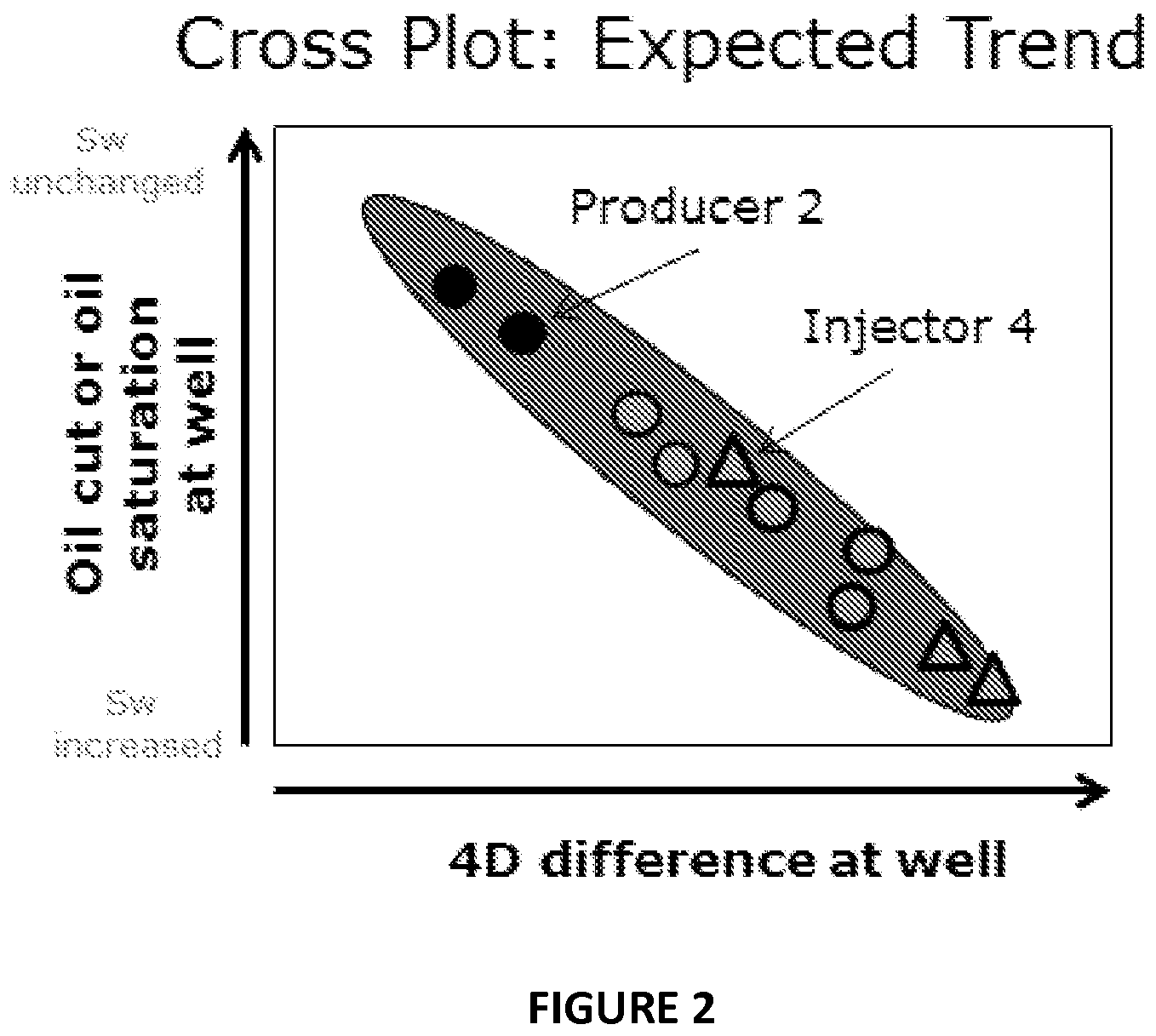 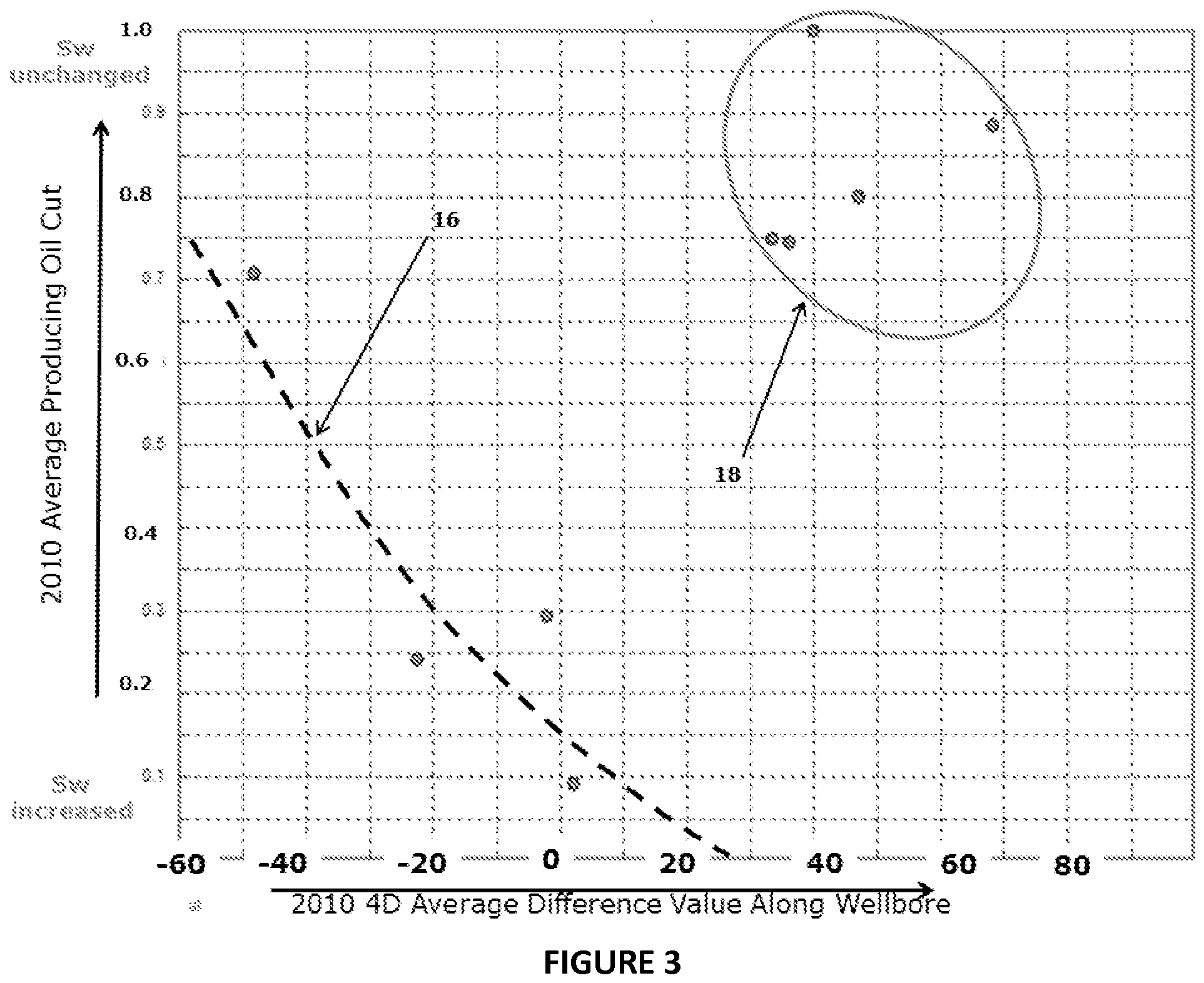 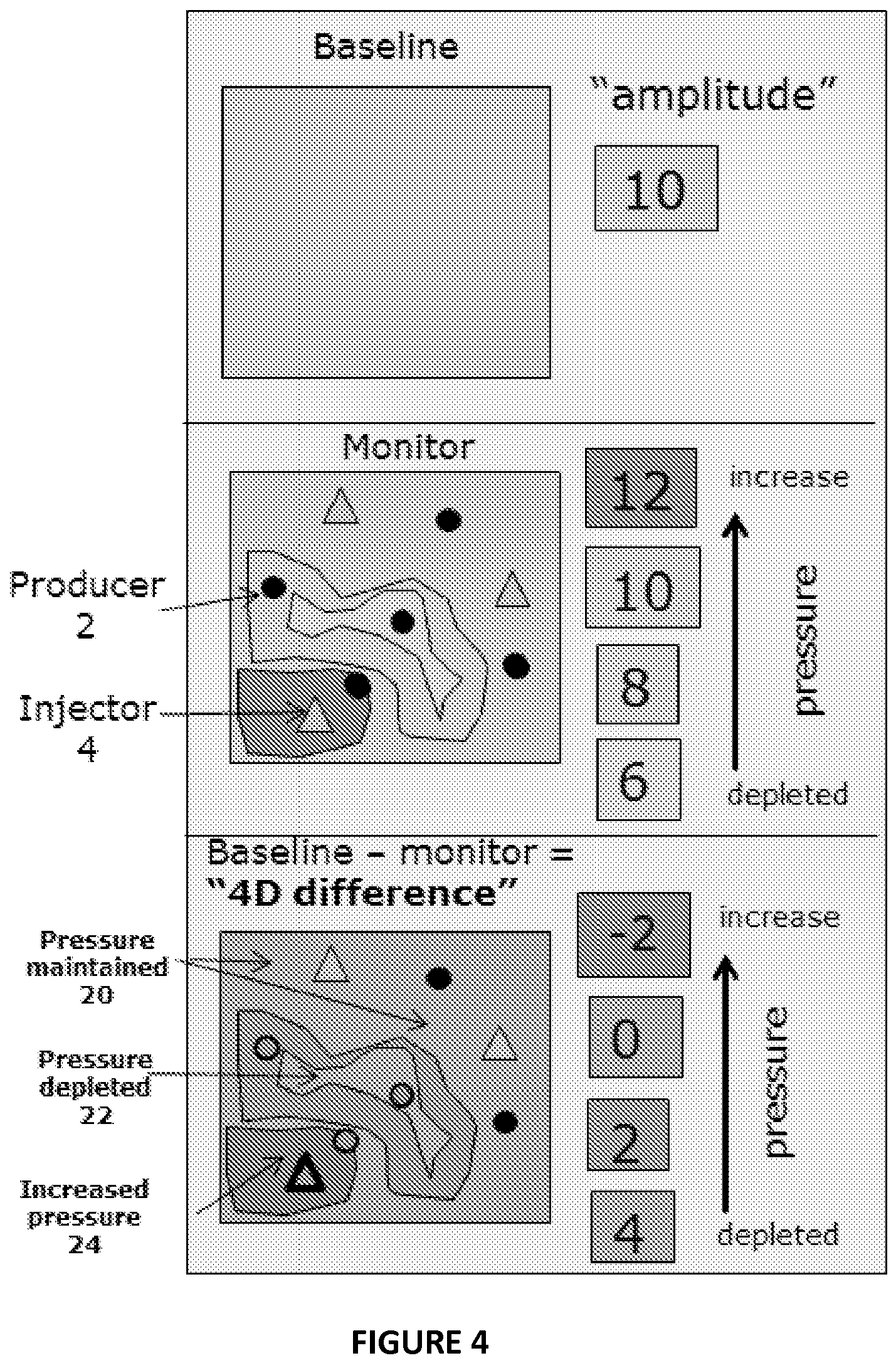 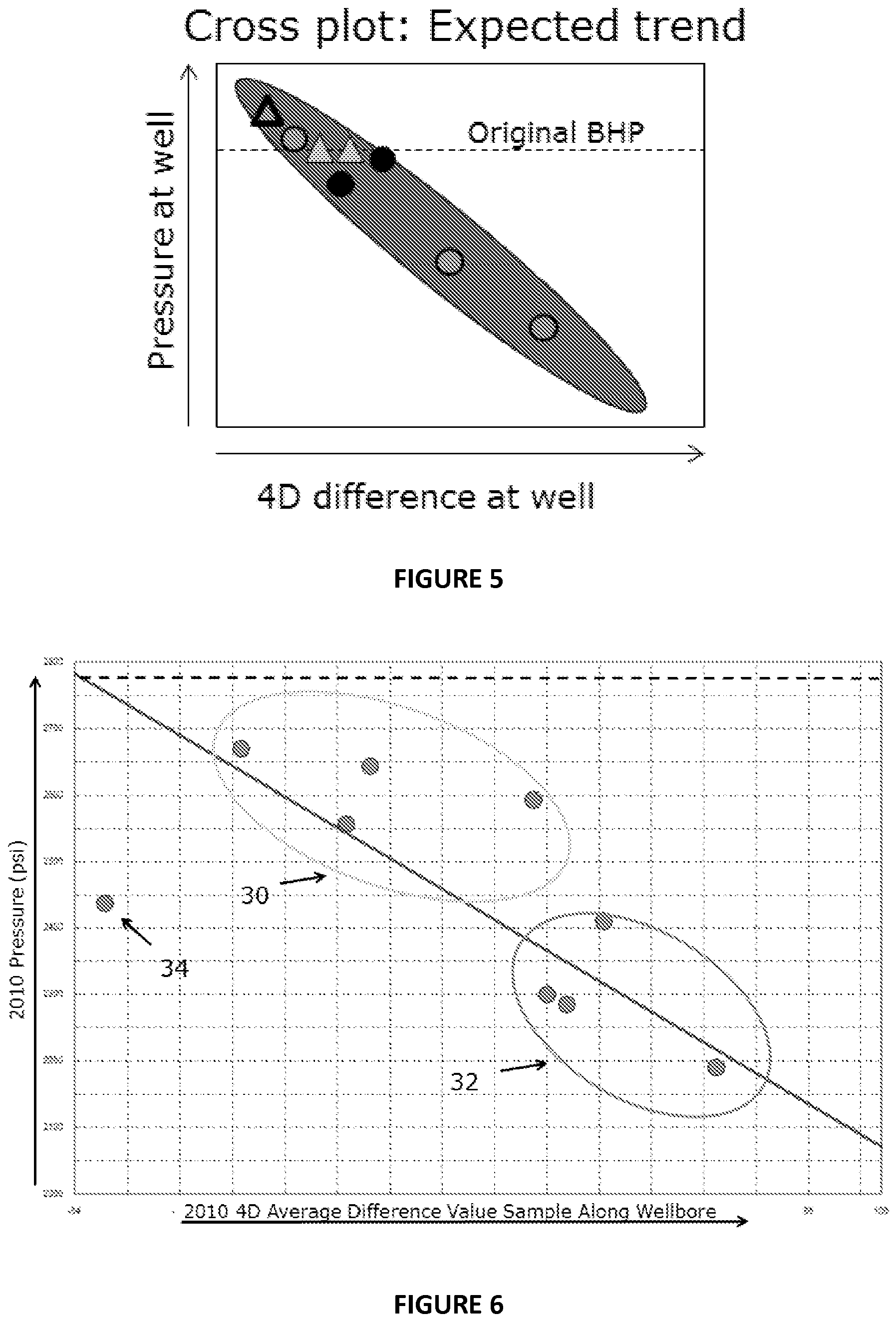 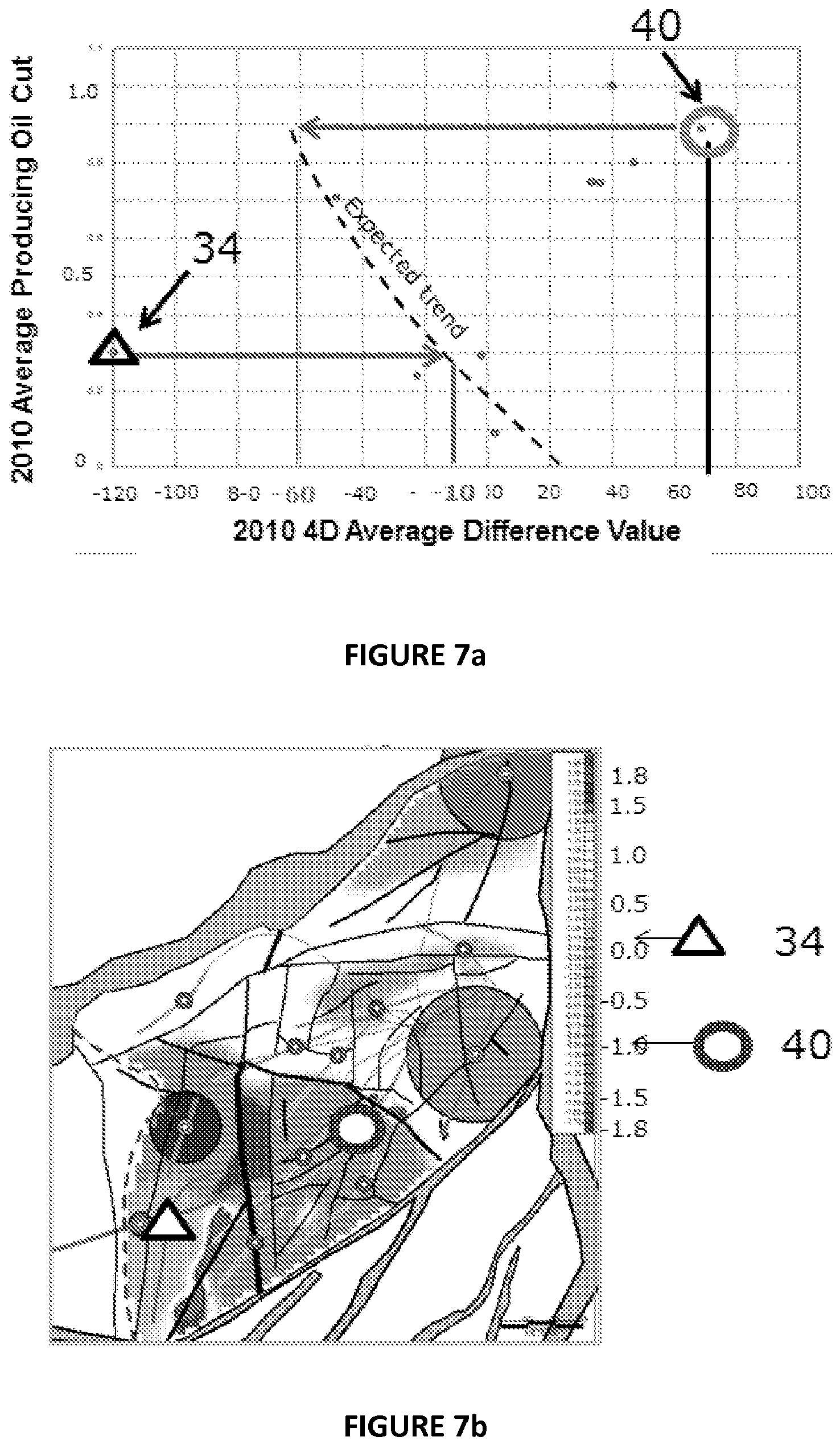 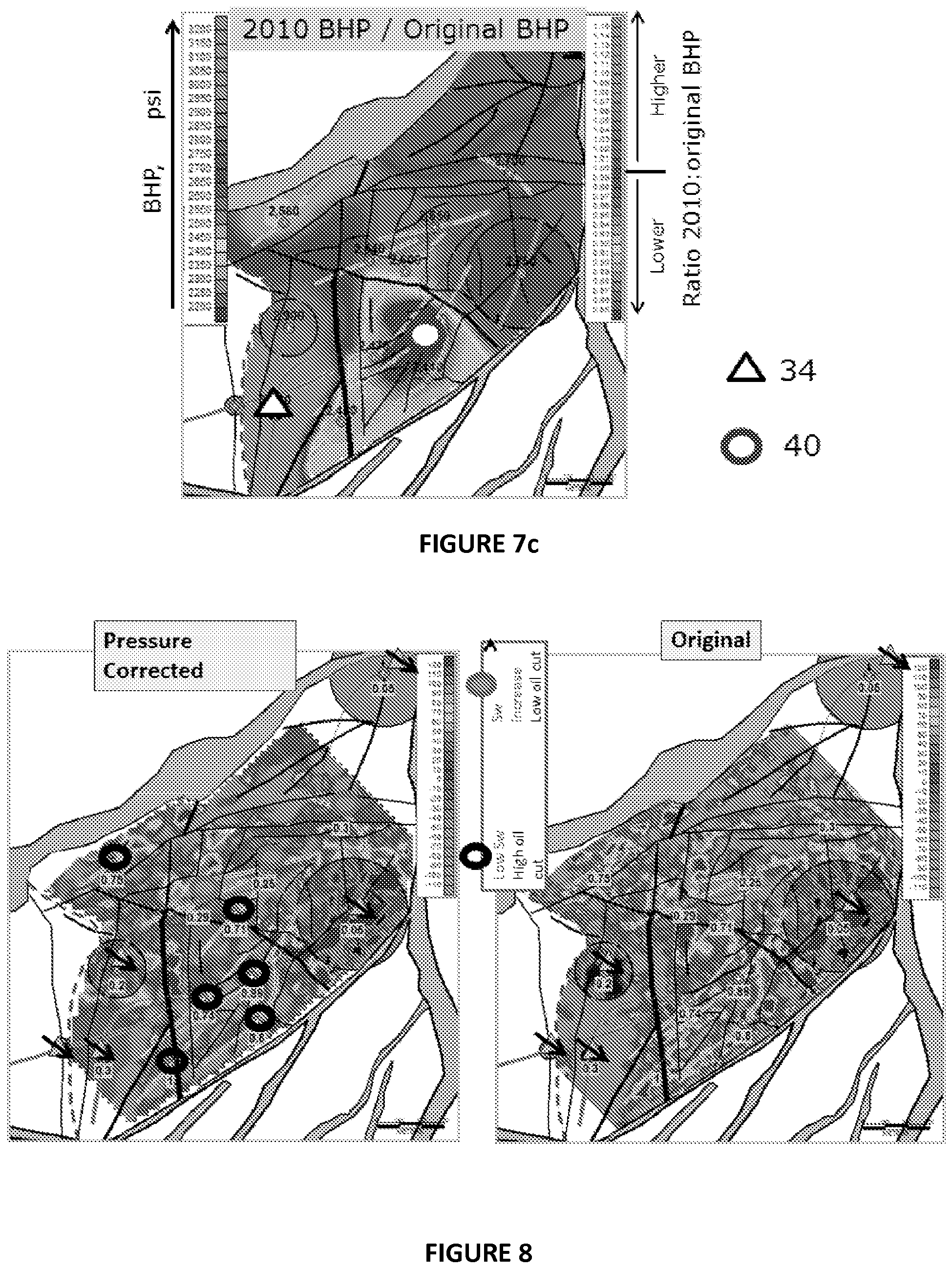 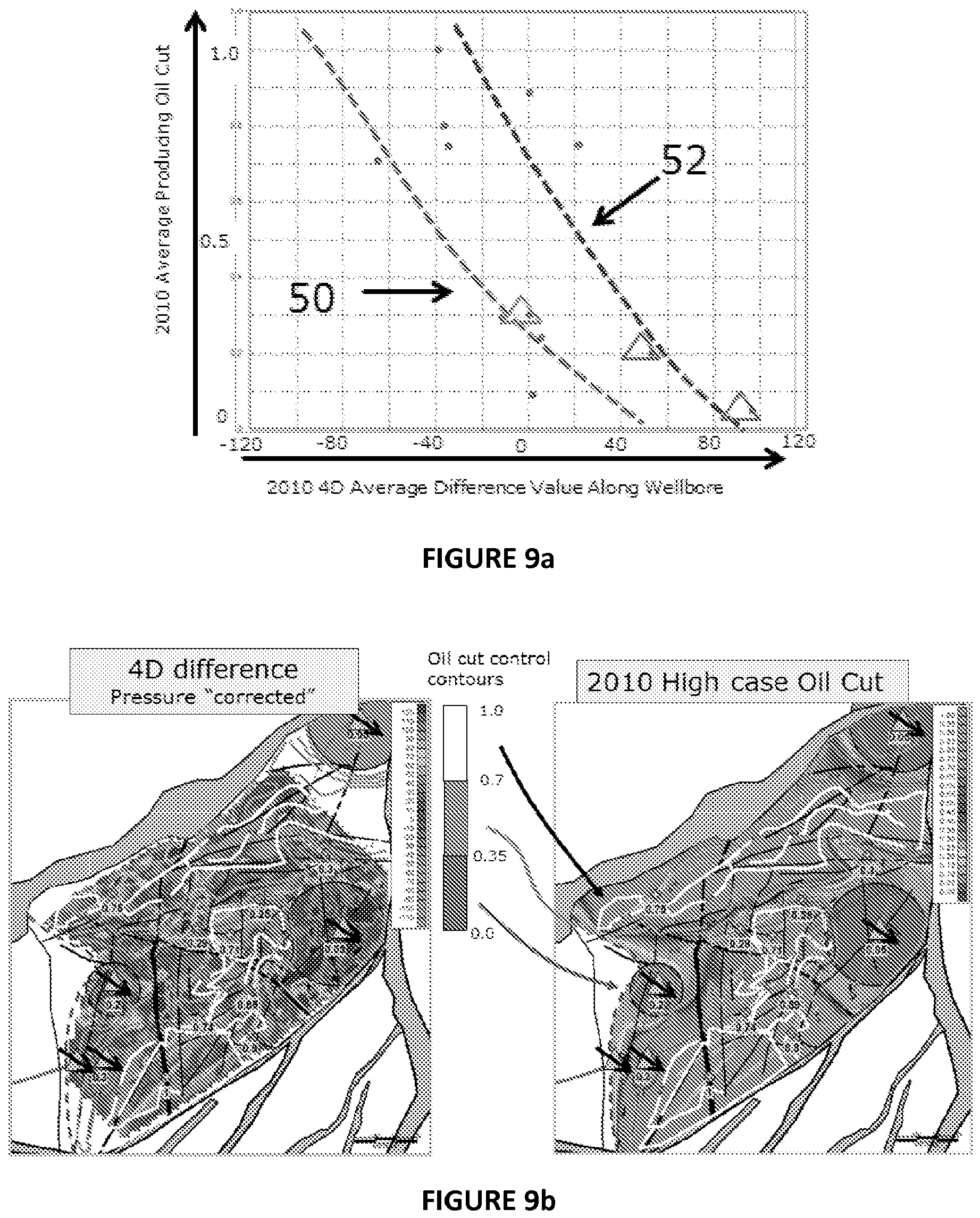 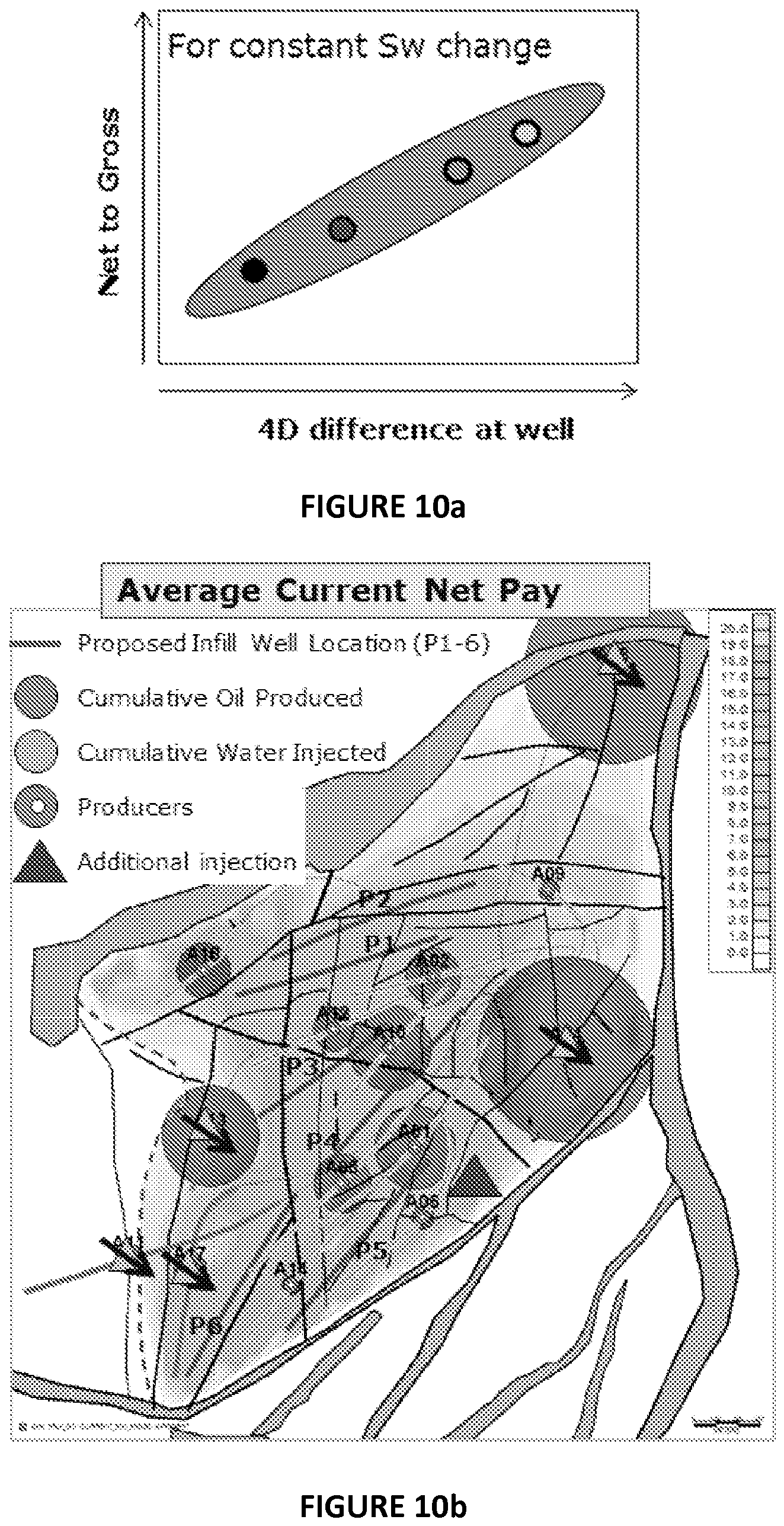