[0002] Highly-connected radio frequency and microwave communication networks, commonly referred to as mesh networks, are known. Mesh networks provide high availability by maintaining a high degree of connectivity between nodes. Compared to RF communications, Free-Space Optical (FSO) communications provide higher data rates, lower probability of detection, and are less susceptible to jamming. In addition, FSO communications are not subject to spectrum usage limits. While RF mesh networks are widely used in tactical situations, FSO systems generally remain a collection of point-to-point links (node degree ≤ 2). Such low-connectivity systems may have high latency, low throughput, and poor resiliance as any single broken optical link may partition the network into disconnected segments.
[0003] Attempts have been made to achieve FSO networks having a higher node degree. Some systems provide multiple (N) optical terminals at each node (node degree = N). However, this approach does not scale in practice, as each increase in node degree requires an additional high-speed optical communications terminal and thus significantly increases the cost and size, weight, and power (SWaP) characteristics. It will be appreciated that a small aircraft or vehicle may support at most two optical communications terminals (node degree ≤ 2). Other systems may increase availability by providing an RF overlay network in addition to optical point-to-point links, wherein the RF network can provide backup and control capabilities. However, such hybrid networks do not actually achieve a higher optical node degree and thus may suffer from degraded data rates, higher probability of detection, and lower jam resistance when a single optical traffic link is broken. Therefore, there is a need for a FSO network with a high node degree and which requires a minimal number of optical communications terminals at each node.
[0004] US2009214216 A1 relates to a space-time division multiple-access (STDMA) laser communications (lasercom) system and related techniques
[0005] For further background, the article "A Mesh in the Sky: A Routing Protocol for Airborne Networks", by BO FU et. al. [MILITARY COMMUNICATIONS CONFERENCE, 2007. MILCOM 2007. IEEE, IEEE, PISCATAWAY, NJ, USA, 29 October 2007 (2007-10-29), pages 1-7, XP031232457, ISBN: 978-1-4244-1512-0], describes a cluster-based reactive routing protocol to alleviate the challenges in airborne network due to aircraft movement, which often results in intermittent links and can cause topology changes.

[0007] The foregoing features of the disclosure, as well as the disclosure itself may be more fully understood from the following detailed description of the drawings, in which:

FIG. 1A is a network diagram showing nodes and traffic links in an illustrative Free-Space Optical (FSO) mesh network;

FIG. 1B is a network diagram showing nodes, traffic links, and tracking links in an illustrative FSO mesh network;

FIG. 1C is a network diagram showing an RF overlay network in an illustrative FSO network;

FIG. 3 is a block diagram showing an illustrative optical terminal for use in the network of FIGS. 1A and 1B;

FIG. 4 is a block diagram showing an illustrative optical bench for use in the optical terminal of FIG. 3;

FIGS. 5A-5C are pictorials collectively showing reconfiguration of traffic and tracking links in an illustrative FSO mesh network; and

FIGS. 6 is a flowchart illustrating reconfiguration of traffic links at one node in the FSO mesh network of FIGS. 5A-5C.

wherein each node is configured to connect to at least two remote nodes (104/106) using an optical link;

a network topology defining a configuration of traffic links between the three or more nodes, in which at least two of the nodes are configured to be connected such that a data path is established among the connected nodes;

wherein the network is configured to communicate states of the nodes and states of the traffic links between the three or more nodes over an RF network formed between each of the RF terminals;

wherein the node controller is configured to adjust the configuration of the traffic links between the three or more nodes in the network topology to reroute traffic data around the impairment.

2. The network of claim 1 wherein the configuration of traffic links between the three or more nodes in the network topology is based upon a factor selected from the group consisting of:

the status of at least one node; and

the status of at least one optical link.

5. The network of claim 1 wherein each node further includes an acquisition assembly providing capability to acquire the spatial position of a plurality of remote nodes.

6. The network of claim 5 where the acquisition assembly includes an RF antenna or an optical phased array. 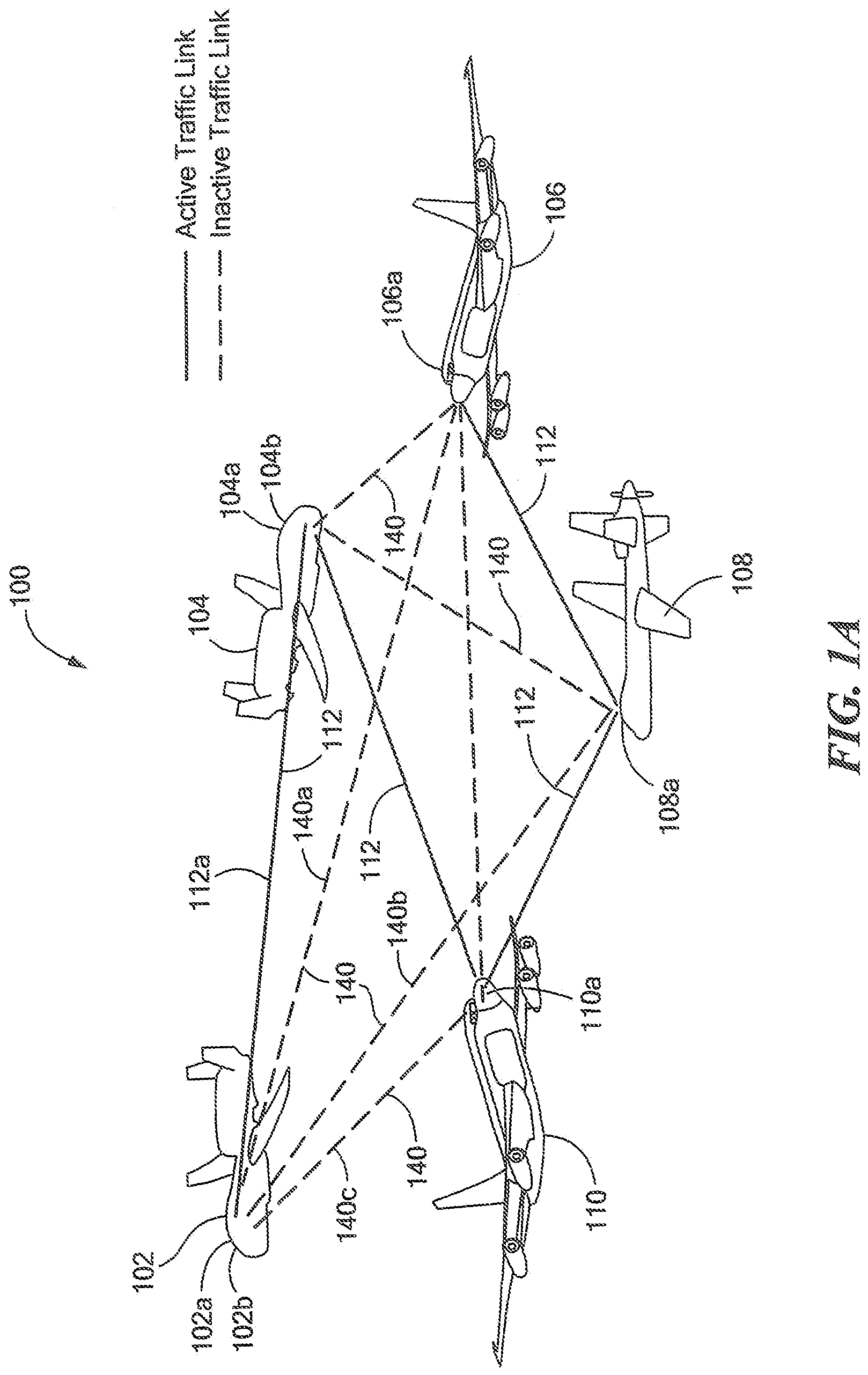 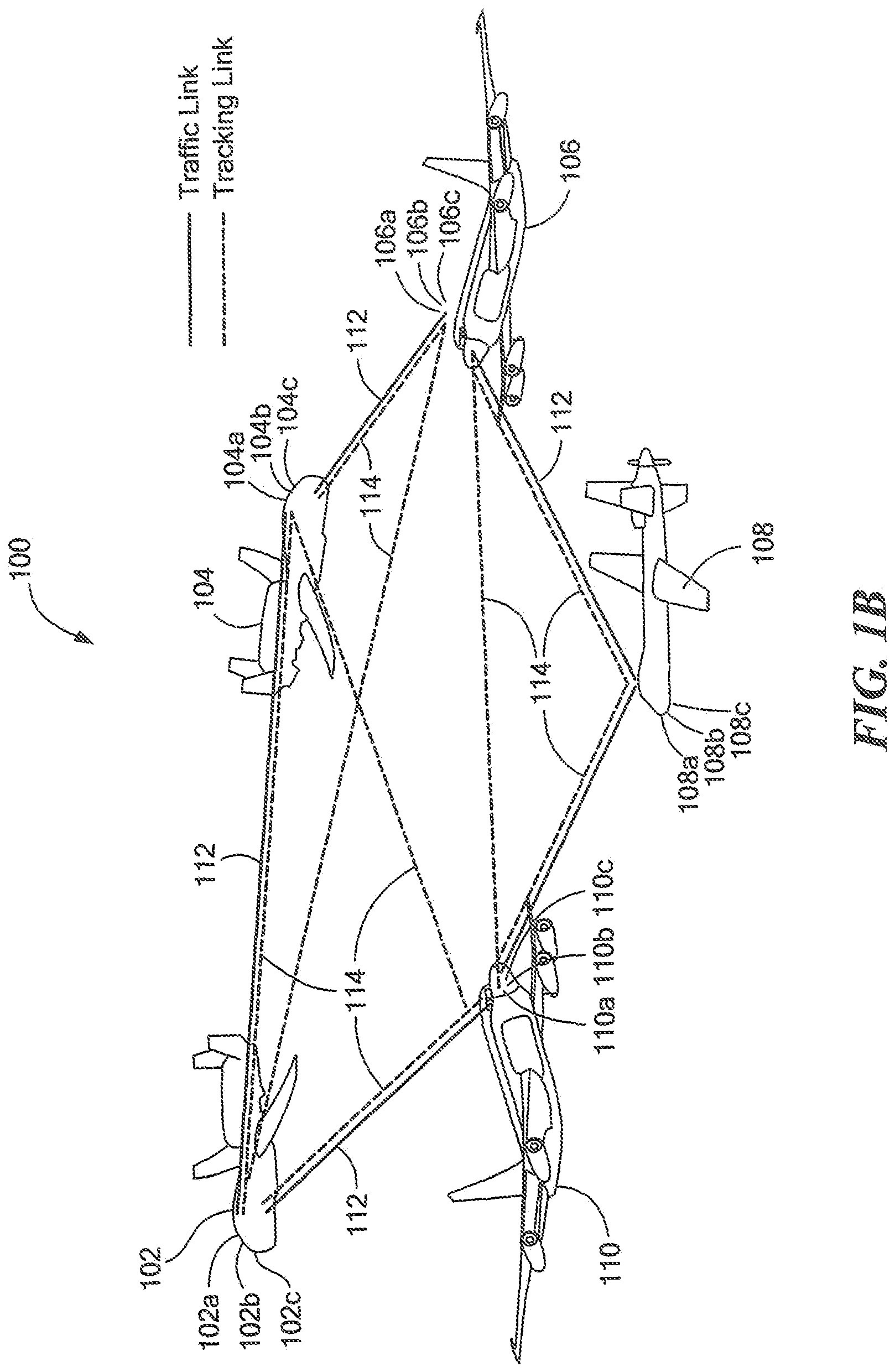 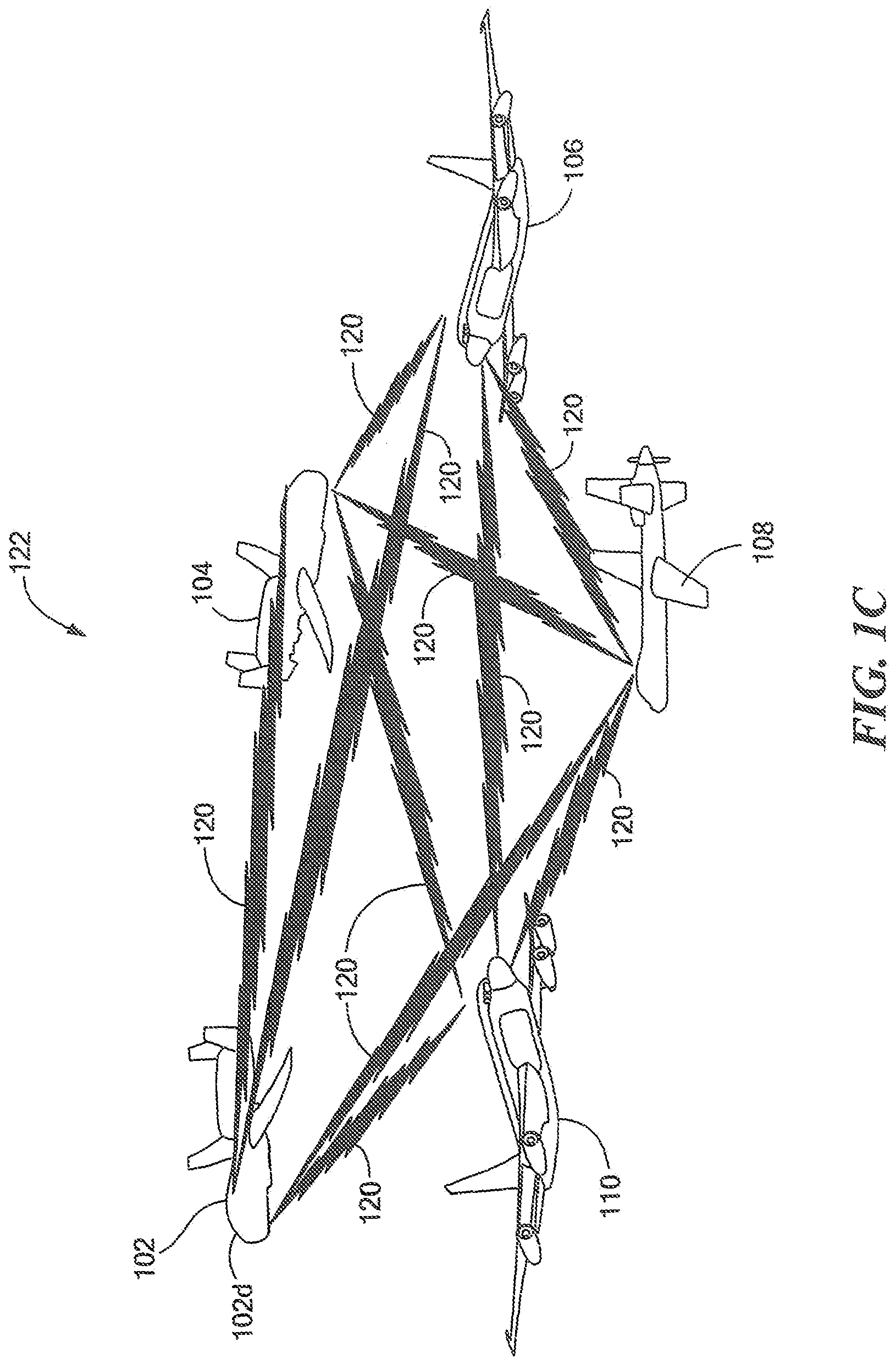 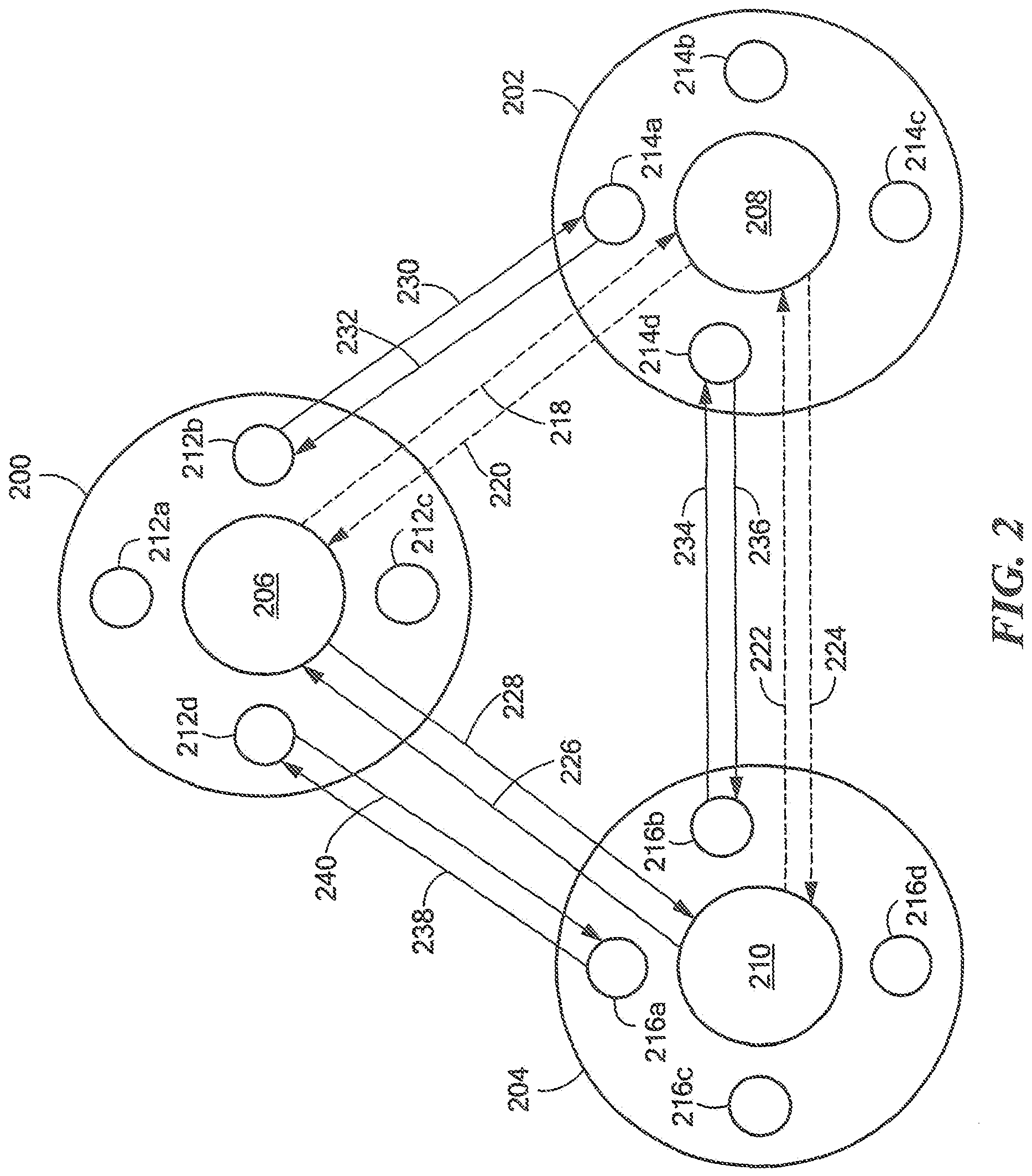 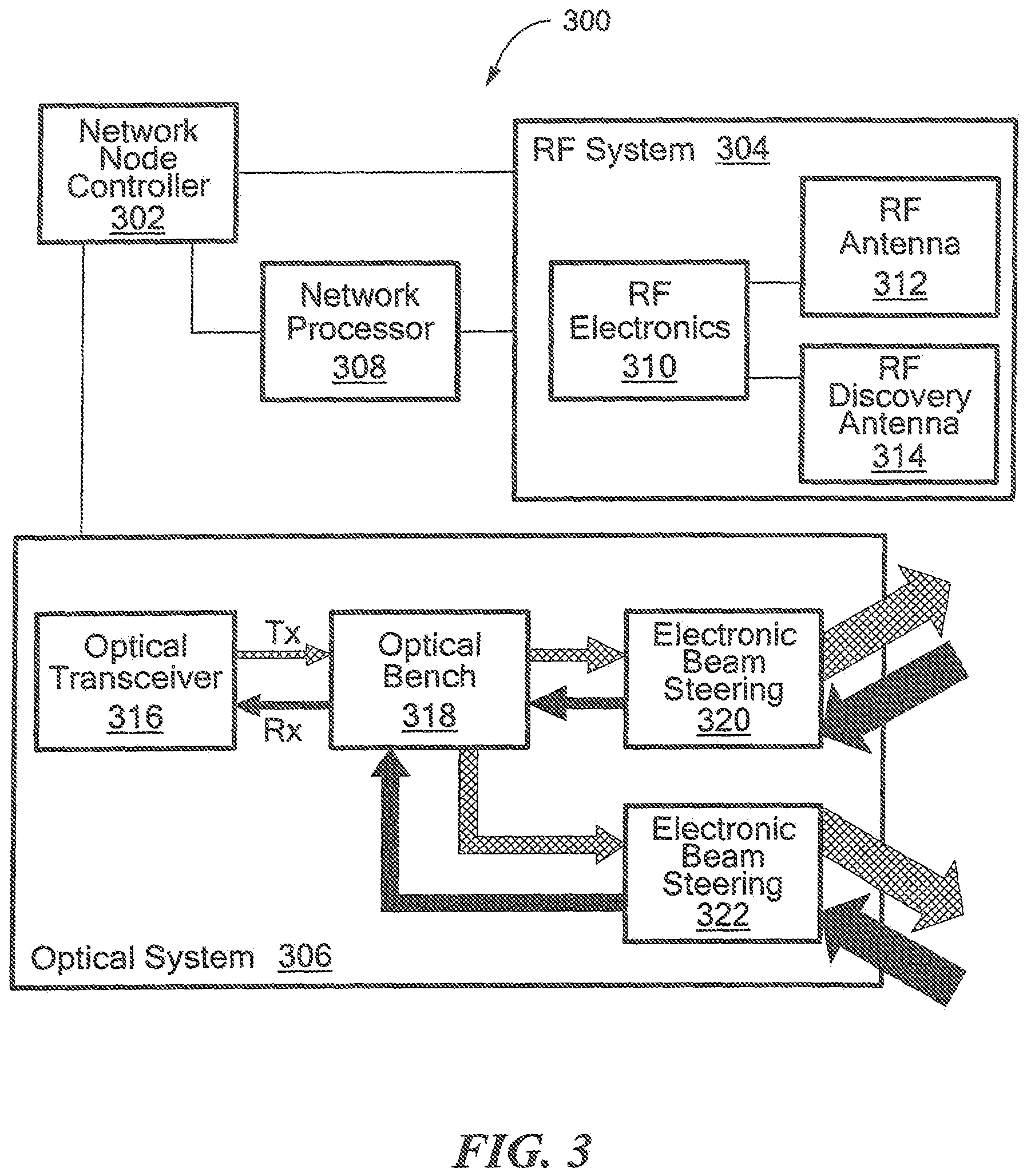 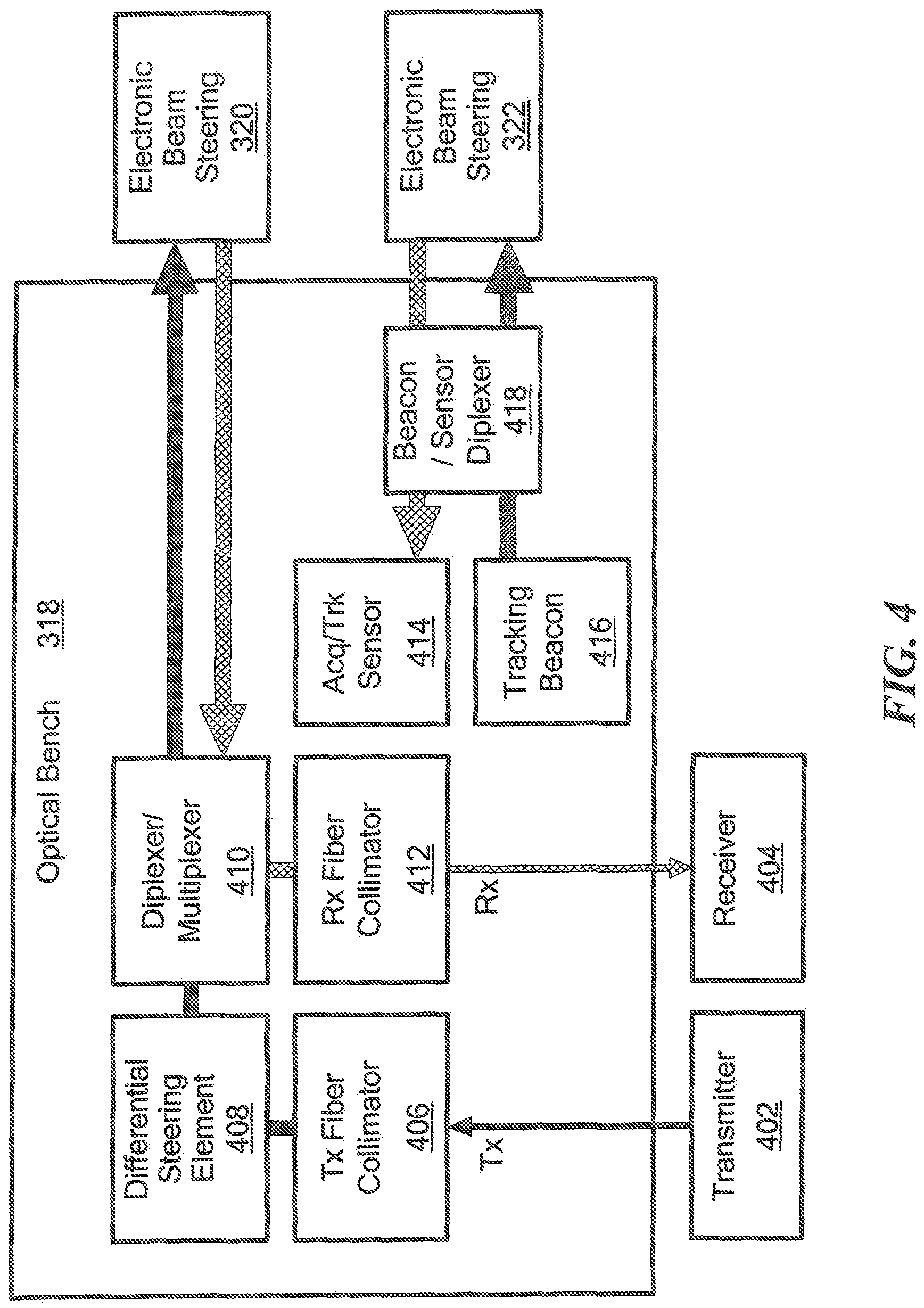 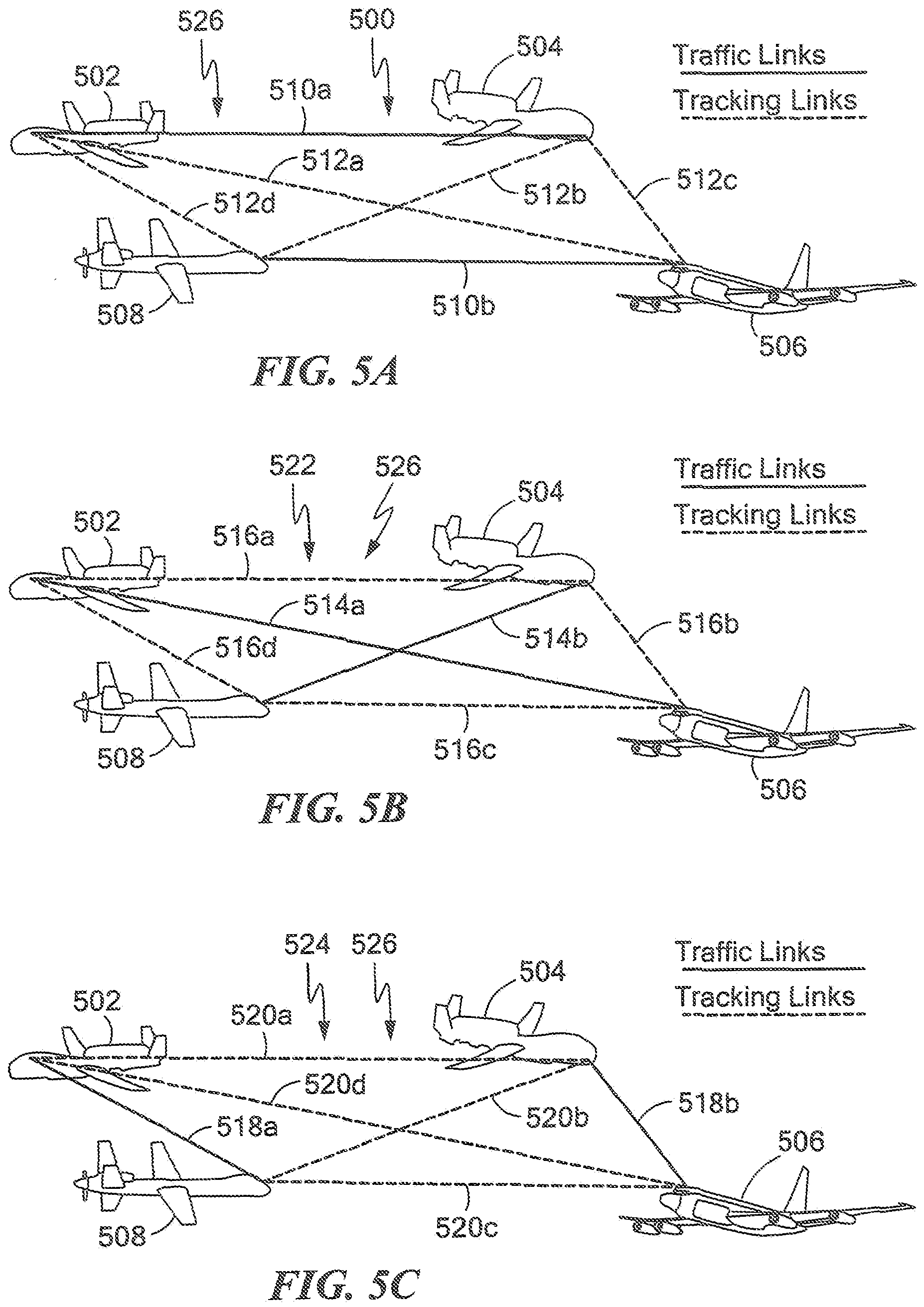 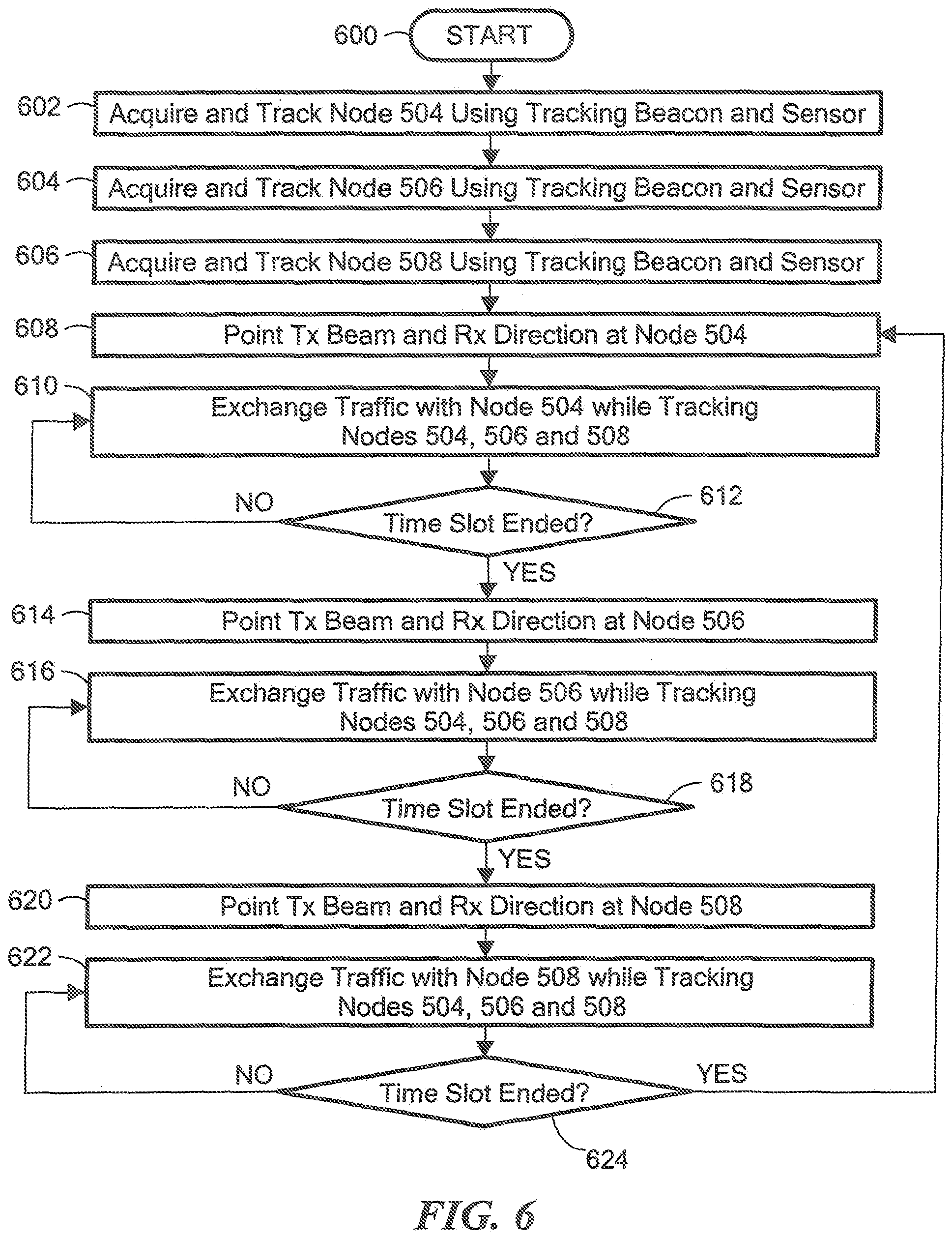