[0031] When, for example in glass with a thickness of 2,1 mm, the heat transfer coefficient produced by blasting is 1000 W(m2K), blasting air temperature is 30 °C, glass tempering temperature is 690 °C, glass motion speed is W=600 mm/s, and quenching commences on middle lane 7,2 cm after side lanes, the surface of glass in side lanes has cooled 88 °C (to the temperature of 602 °C) and the entire glass thickness on average 23 °C (to the average temperature of 667 °C) by the time the quenching of glass only begins on a middle lane of the glass.
[0032] The invention would perhaps be unnecessary should the entire surface area of glass cool through the aforesaid transition range in an exactly consistent manner (i.e. at the same speed, simultaneously, and with a consistent temperature profile in the thickness direction), thereby not developing stress differences in the direction of glass surface either. In this case, the tempering stresses would also be established across the entire glass surface area at exactly the same time. In practice, the aforesaid exact simultaneity does not occur. With the invention, the glass is subjected to tempering stresses in such a sequence which, according to practical experiments, is correct from the standpoint of eliminating bi-stability.
[0033] In this disclosure, the length direction of a quenching unit or a glass sheet is a direction parallel to the glass sheet's motion. The start of a quenching unit is a part of the quenching unit at which the glass is to arrive first. The lateral direction of a glass sheet or a quenching unit is a horizontal direction perpendicular to the glass sheet's motion direction. In the foregoing, the middle lane of a glass sheet refers to a middle portion of the glass sheet co-directional with its motion, and the side lane refers to a portion of the lateral edge co-directional with the glass sheet's motion. The cooling capacities (unit W/m2) needed for tempering fluctuate a great deal, depending on the thickness of and the tempering degree desired for a glass sheet. Therefore, the invention involves the examination of relative cooling capacities in various parts of the quenching unit. Thus, because the issue is not about absolute but, instead, relative cooling capacities, it is just as relevant to speak about cooling effects in various parts of the glass sheet. Accordingly, when speaking about cooling capacity, it is actually cooling efficiency and cooling effect that are meant at the same time. The heat transfer coefficient is obtained by dividing the cooling capacity with the temperature difference between glass and air. 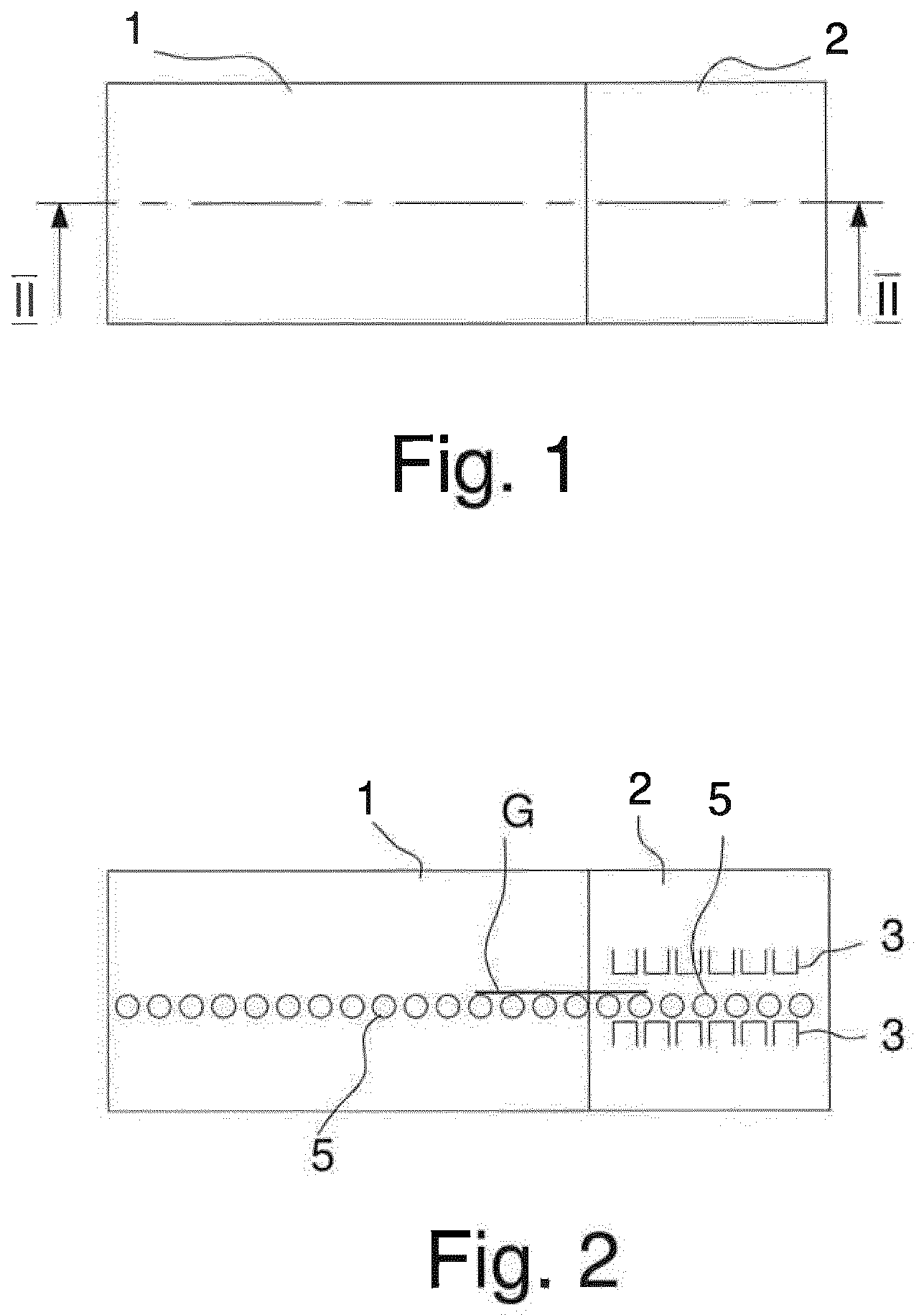 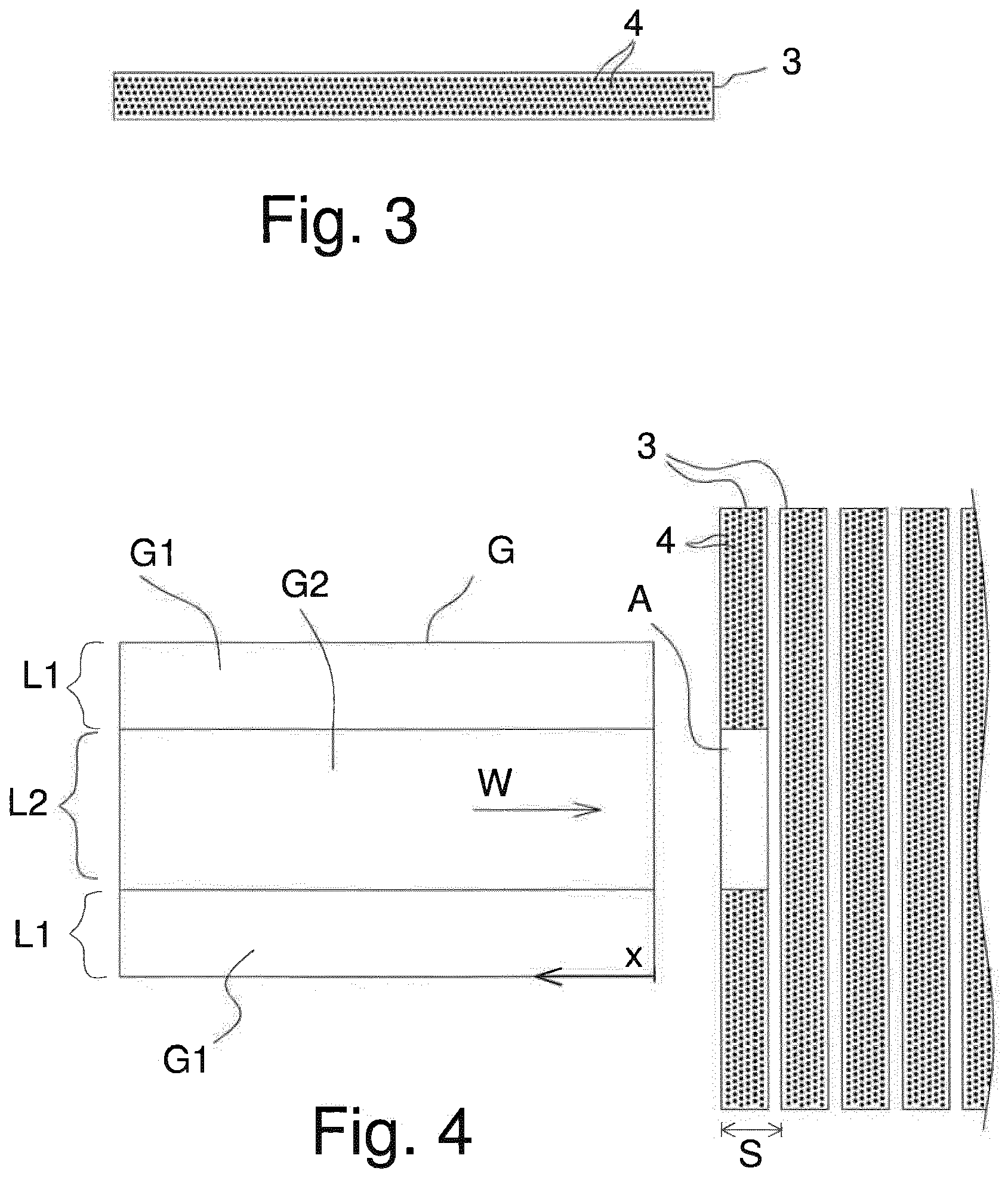 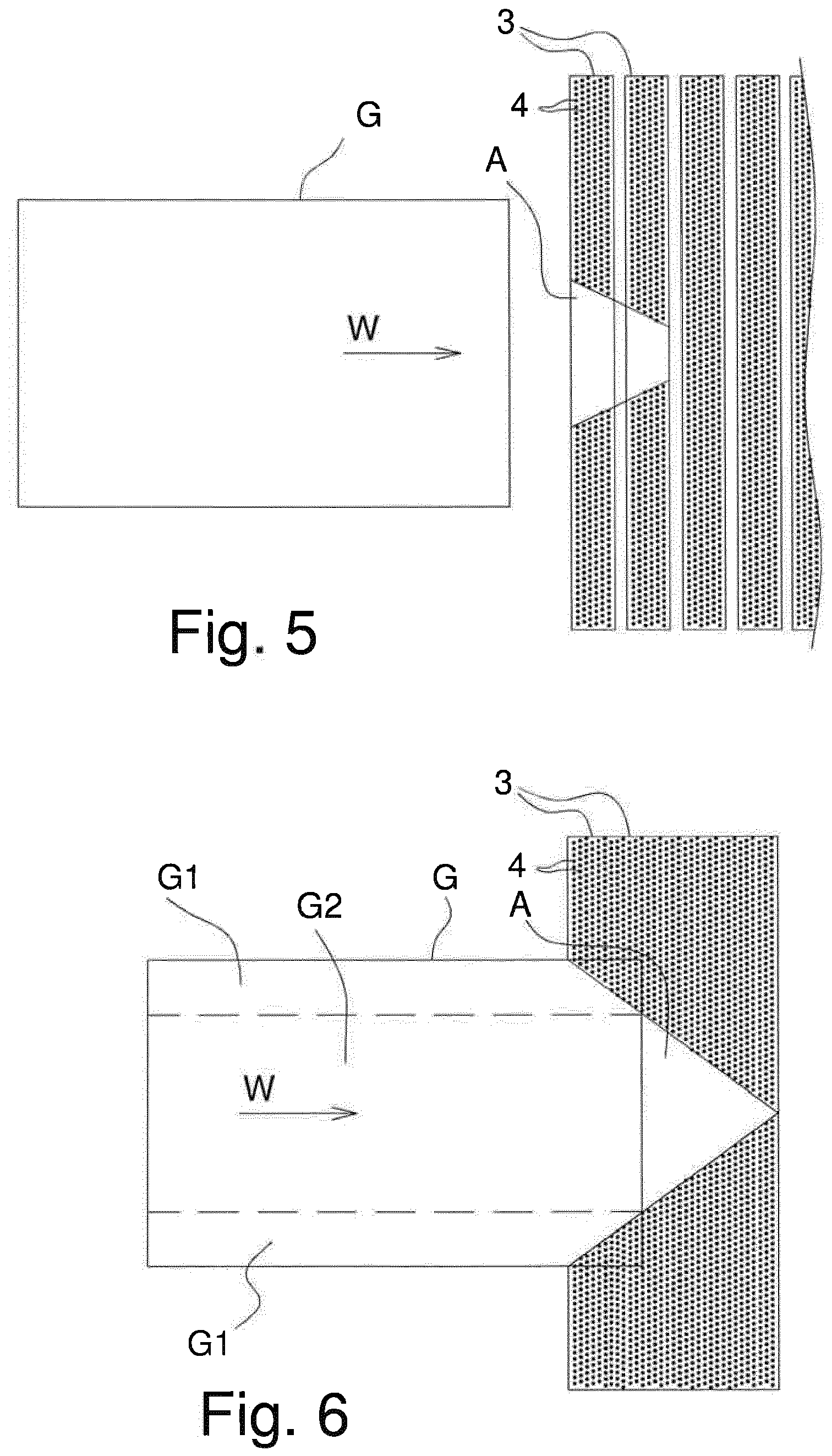 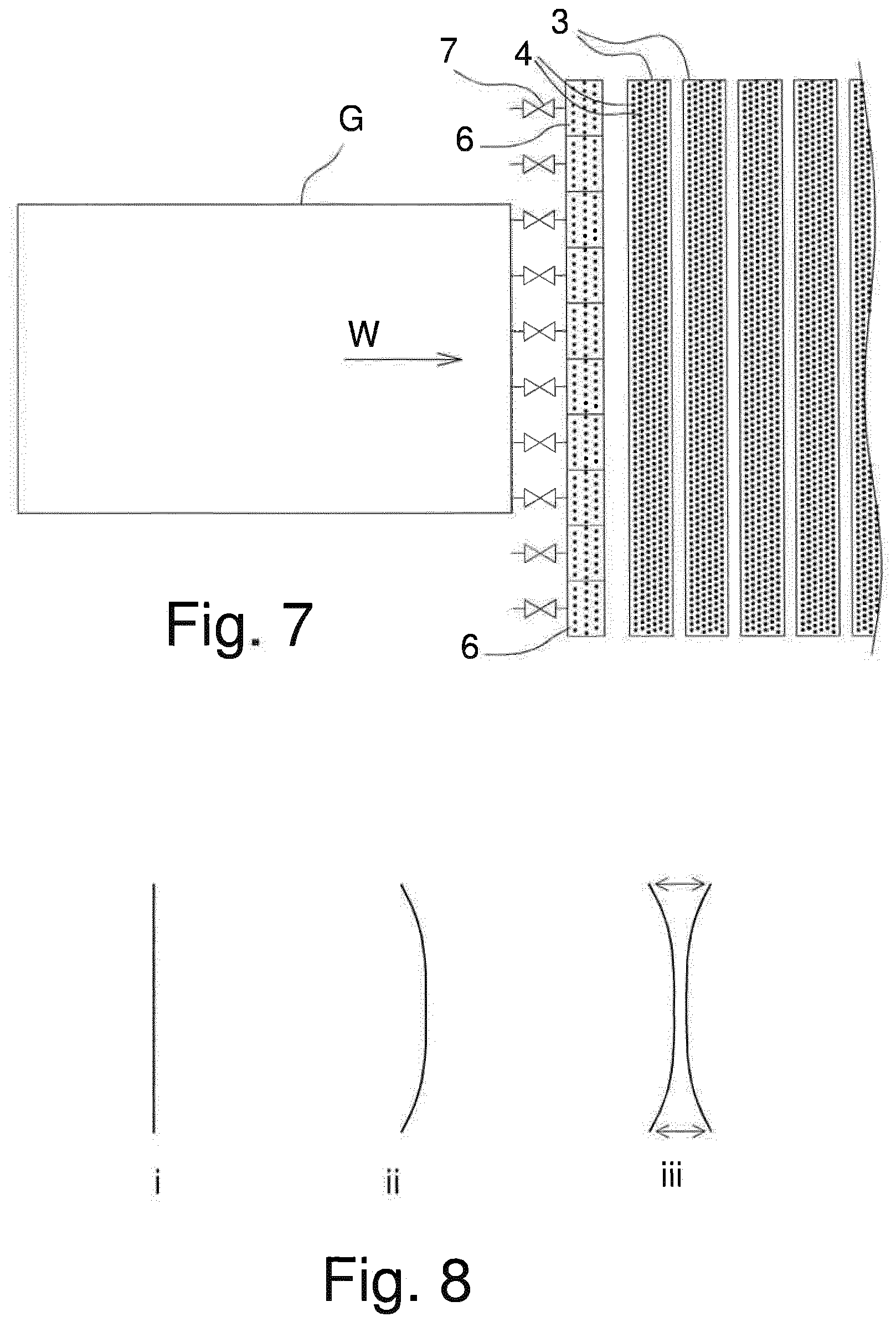