[0012] It is an object of the present invention to provide a carbonation device for carbonating the contents of a bottle including a liquid such that a carbonation level is the same, from one bottle filling operation to the next, regardless of the actual volume of CO2 gas contained in the supply cylinder.
[0013] This object is achieved by a carbonation device according to claim 1. The invention is defined by the claims.
[0014] In some aspects of the technology, the liquid level in a bottle to be carbonated is determined by measuring the pressure in the bottle during carbonation and obtaining an indication of liquid level based on the time required to reach a particular or target pressure.
[0015] In other aspects of the technology, consistent carbonation is achieved by measuring the pressure within a bottle being carbonated while periodically filling and venting. The periodic rise and fall of the pressure in the bottle is used as an indication of when optimum carbonation is obtained.
[0016] In some aspects of the technology, the residual volume of CO2 in a cylinder is determined by measuring the time it takes the pressure in a bottle to be carbonated to reach a target value.
[0017] In some aspects of the technology, a liquid beverage temperature in a bottle to be carbonated is either determined directly or input by a user. The device then adjusts the volume of carbon dioxide delivered to the liquid in accordance with the indicated or determined temperature.
[0018] In some aspects of the technology a separate and single purpose user input is provided that causes the device's microprocessor to activate a pull solenoid or solenoid valve associated with the carbon dioxide cylinder so that a relatively small gas volume is discharged. This relatively small volume corresponds to a volume that is considerably less than the minimum gas discharge volumes associated with typical domestic carbonation devices, or the minimum discharge required to carbonate the smallest bottle that the device is configured to handle.
[0019] In some embodiments of the invention, an exhaust path from a bottle being carbonated can be opened. Clean water from a bottle is then forced with carbon dioxide into the exhaust path so that it flows into the open exhaust line. This has the effect of purging or cleaning the exhaust line of unwanted residue.

Brief Description of the Drawing Figures

[0020] In order that the invention be better understood, reference is now made to the following drawing figures in which:

an exhaust solenoid valve (916) being adapted to control the vent;

the microprocessor is configured to compare rise times between any two carbonation cycles and to use the differences in detected pressure and time to provide information about the fill level of the carbon dioxide cylinder (900).

the microprocessor (902) is adapted to sum the integrals of the rising pressure curves (1000, 1010) to determine a total delivered carbonation.

the microprocessor (902) is adapted to receive from a temperature sensor a temperature input signal that relates to the temperature of the contents of the bottle (909); and

the microprocessor (902) is adapted to cause an adjustment in a delivery volume of carbon dioxide when the contents are chilled. 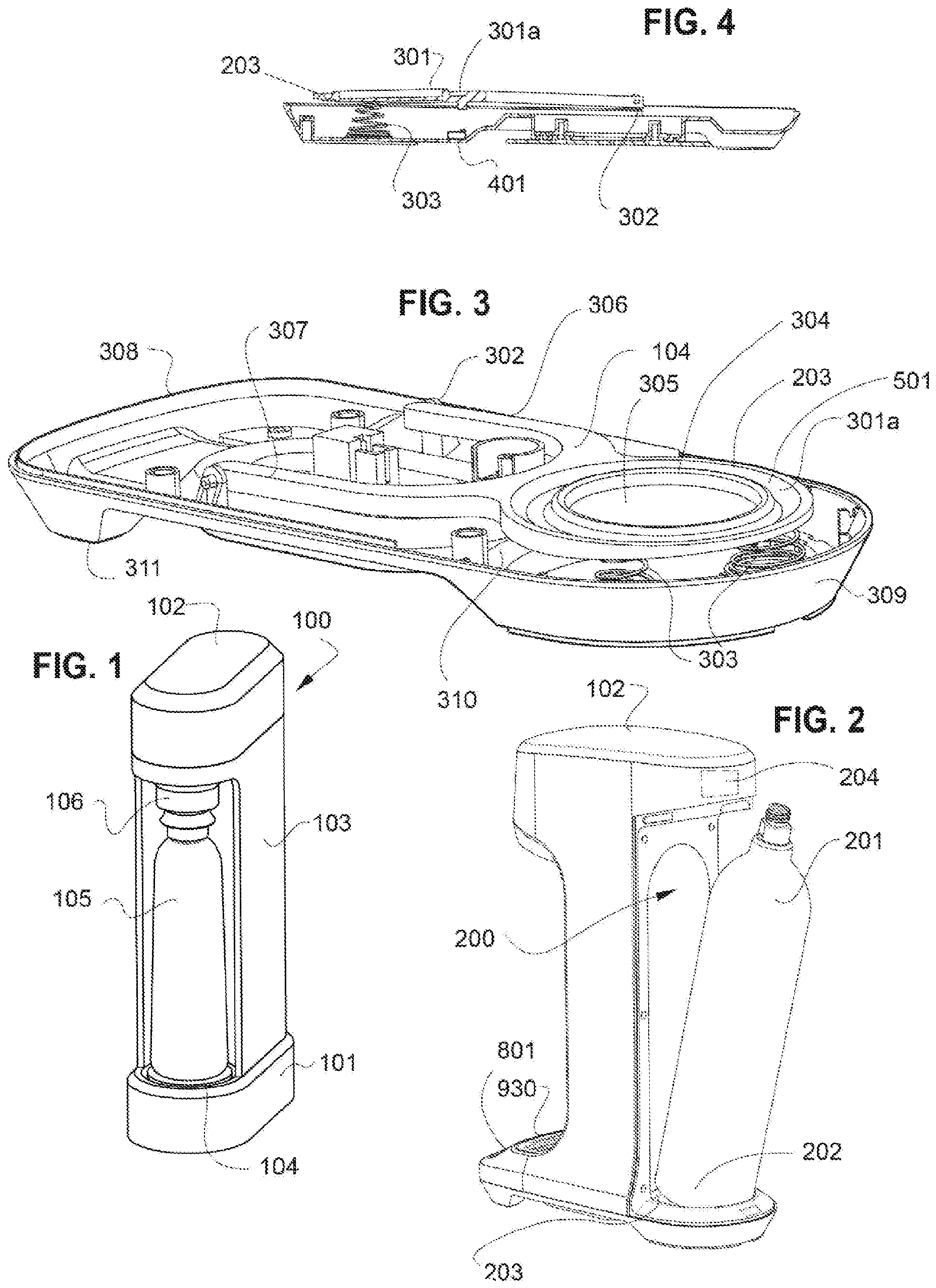 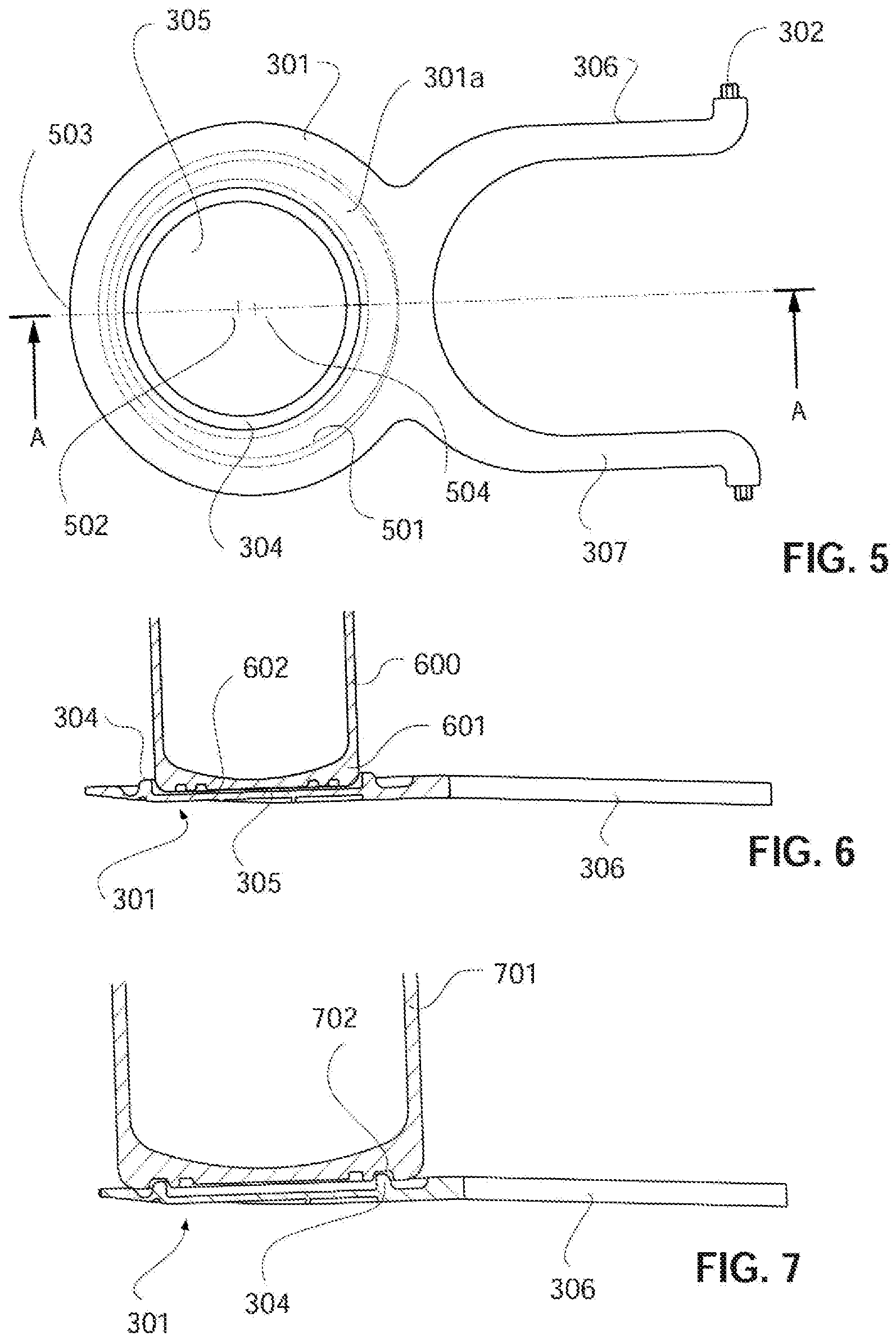 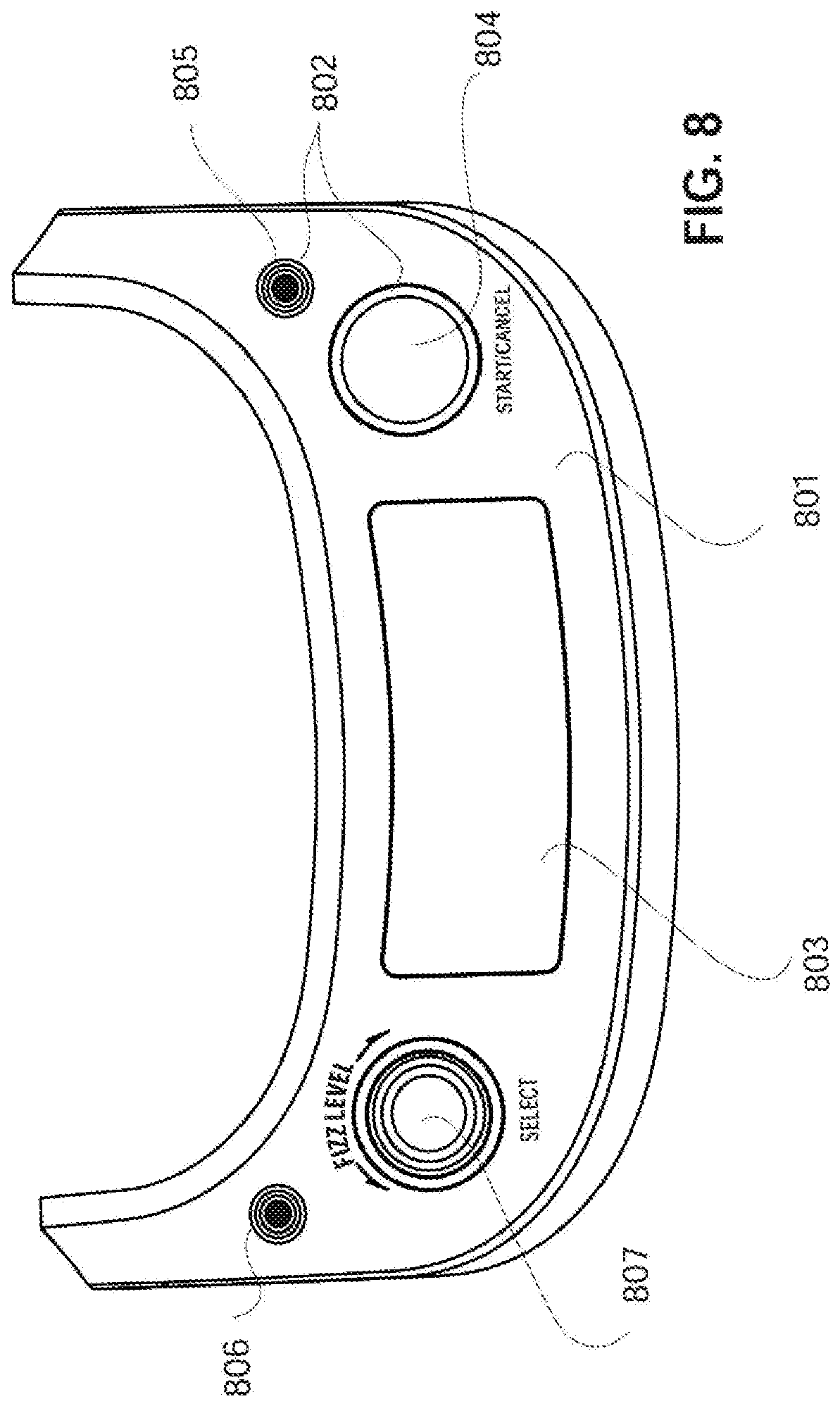 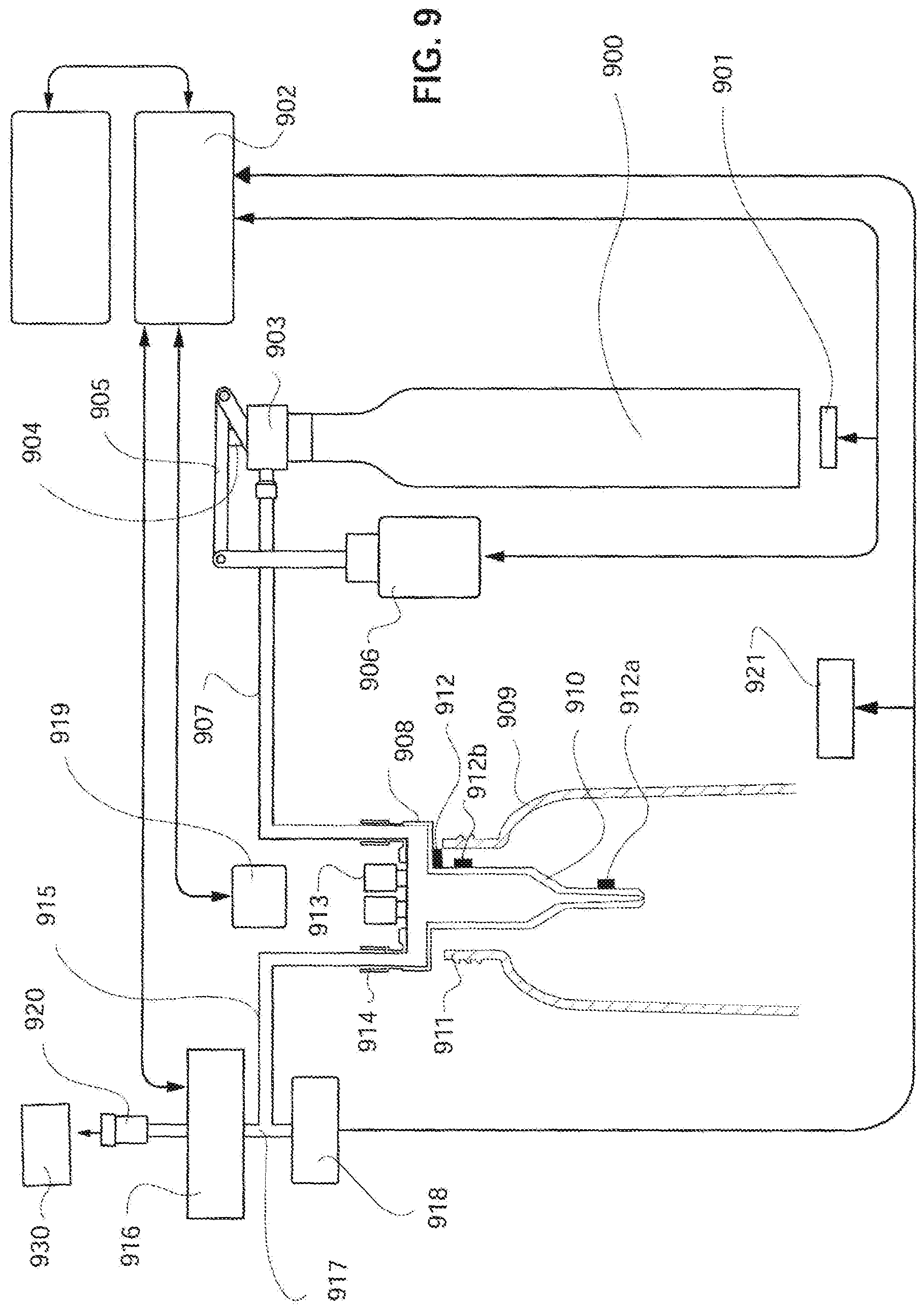 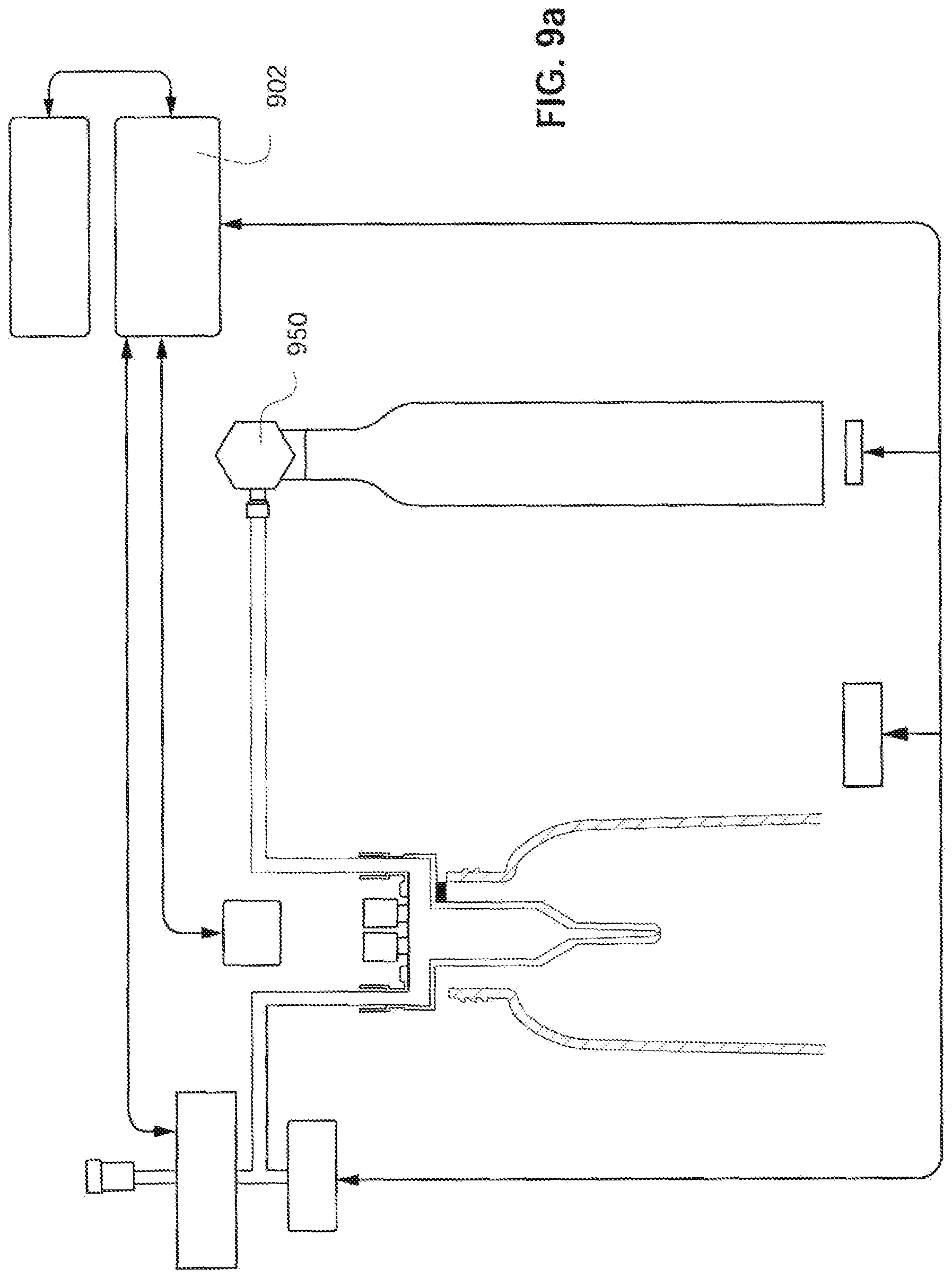 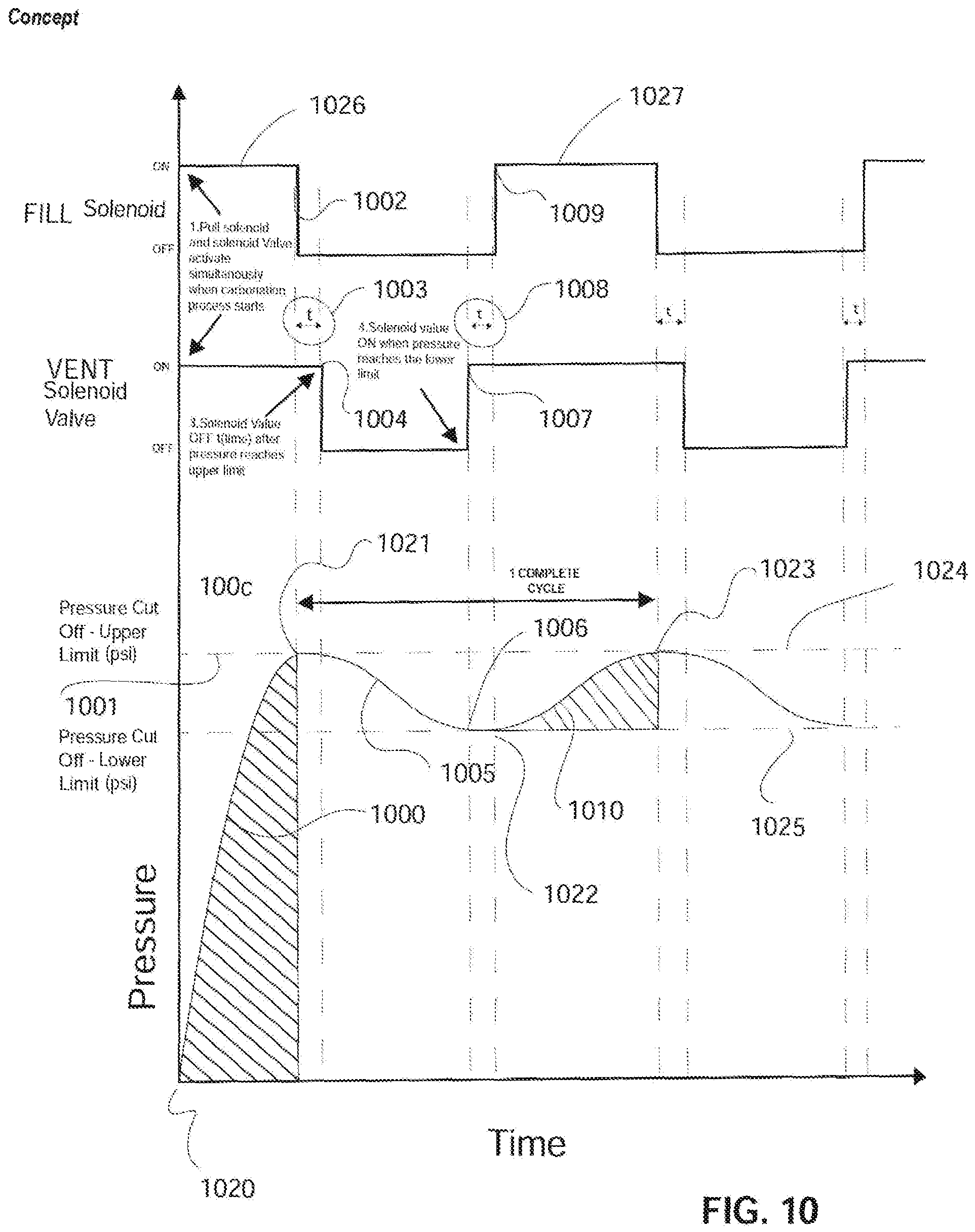 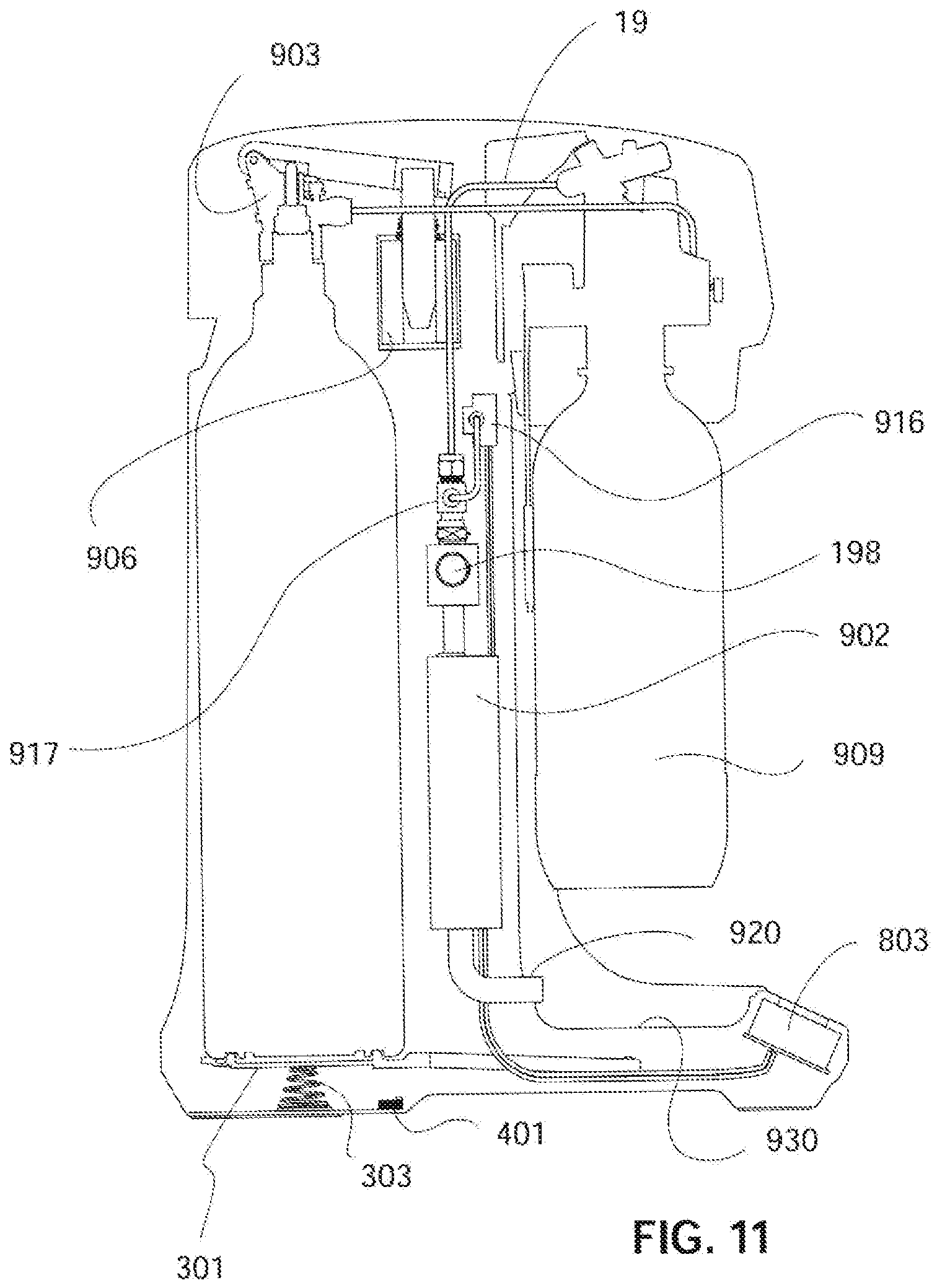 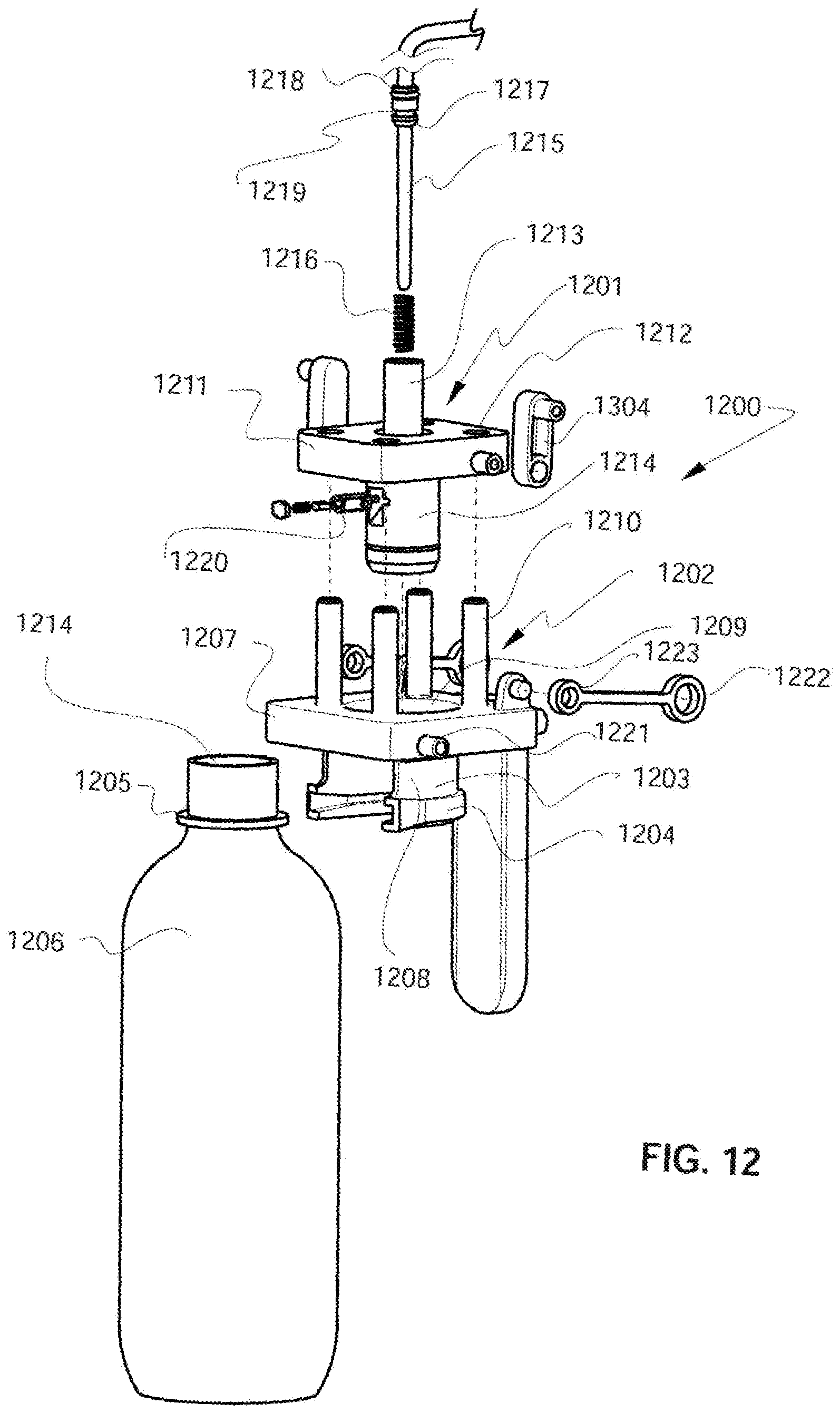 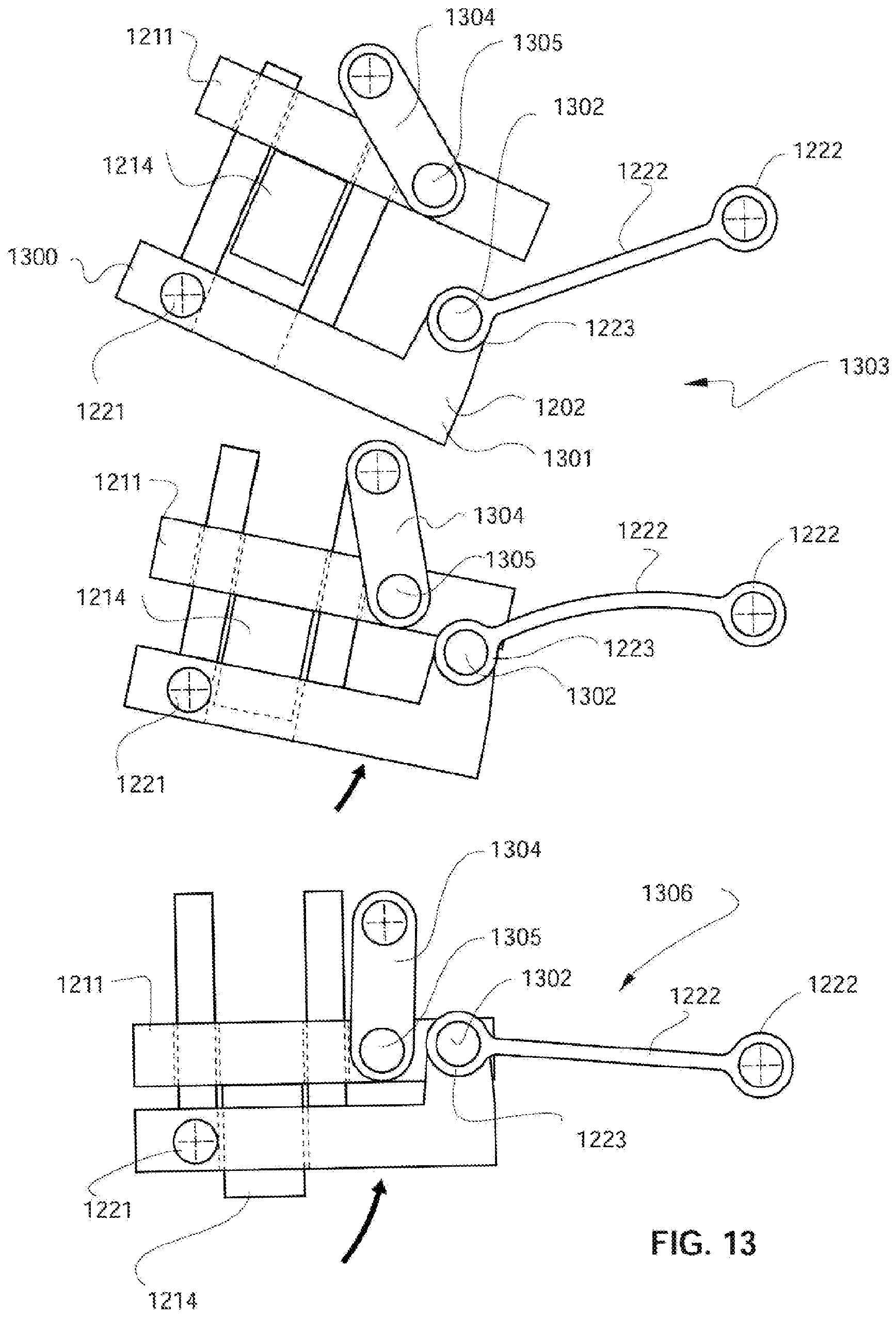 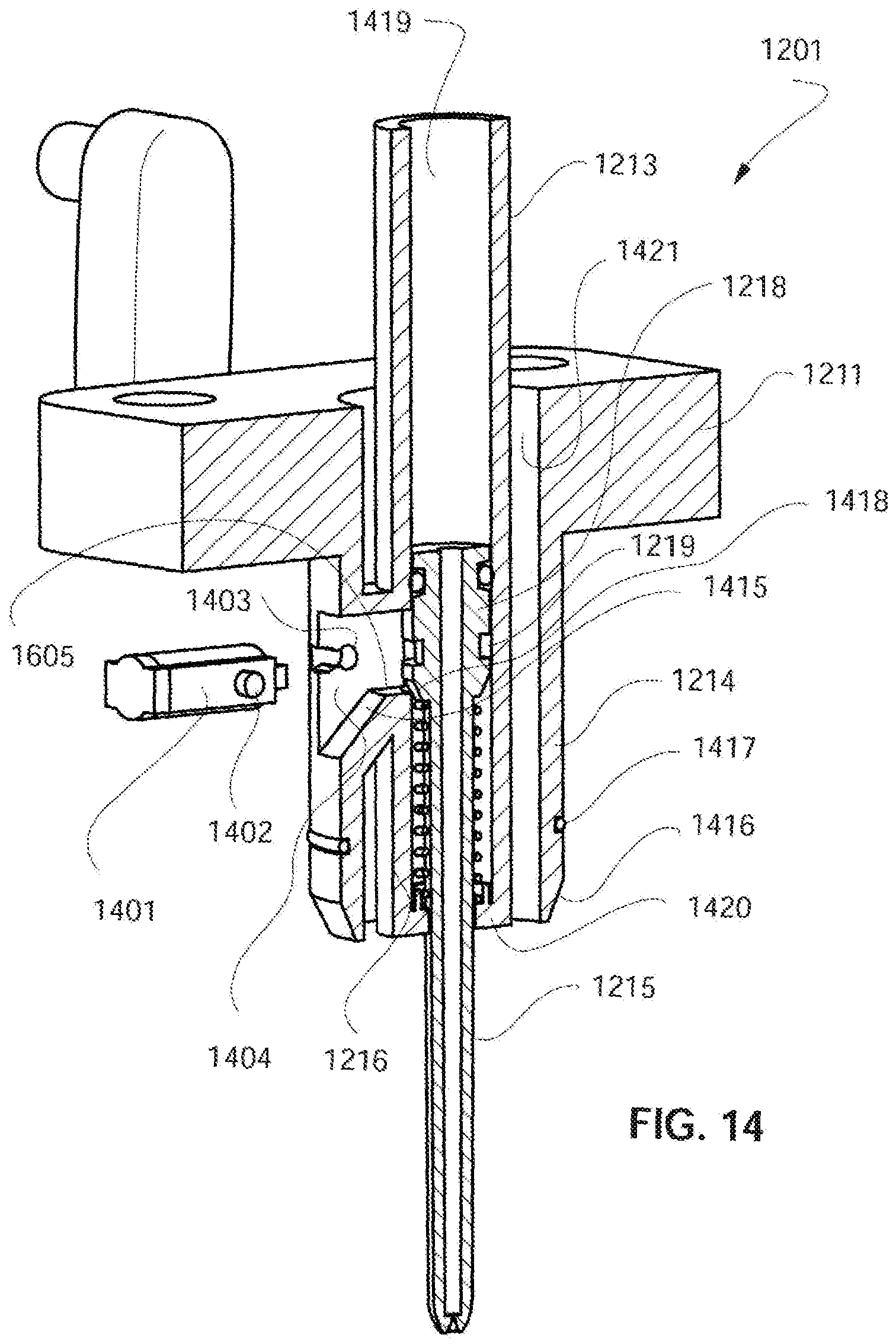 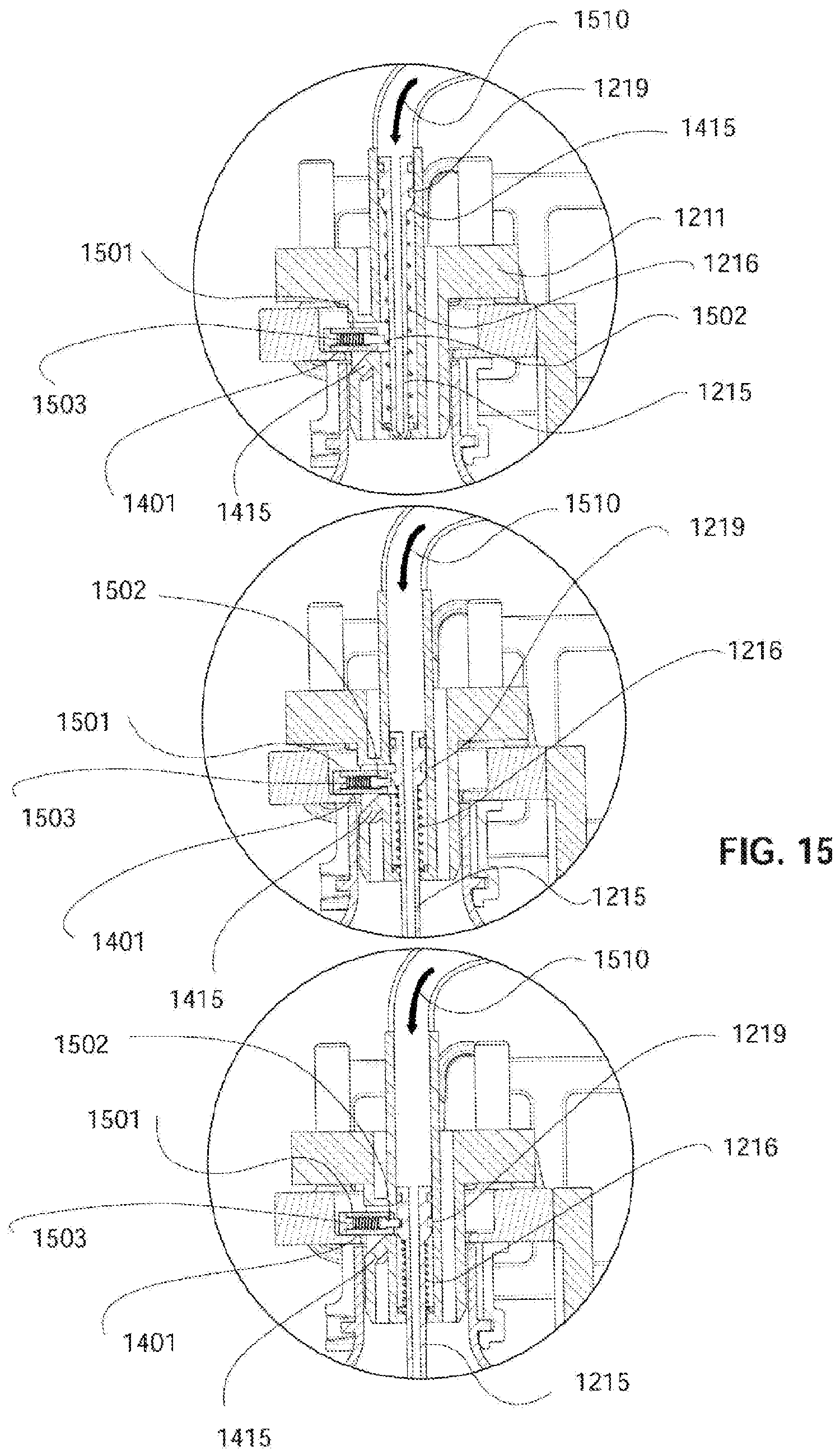 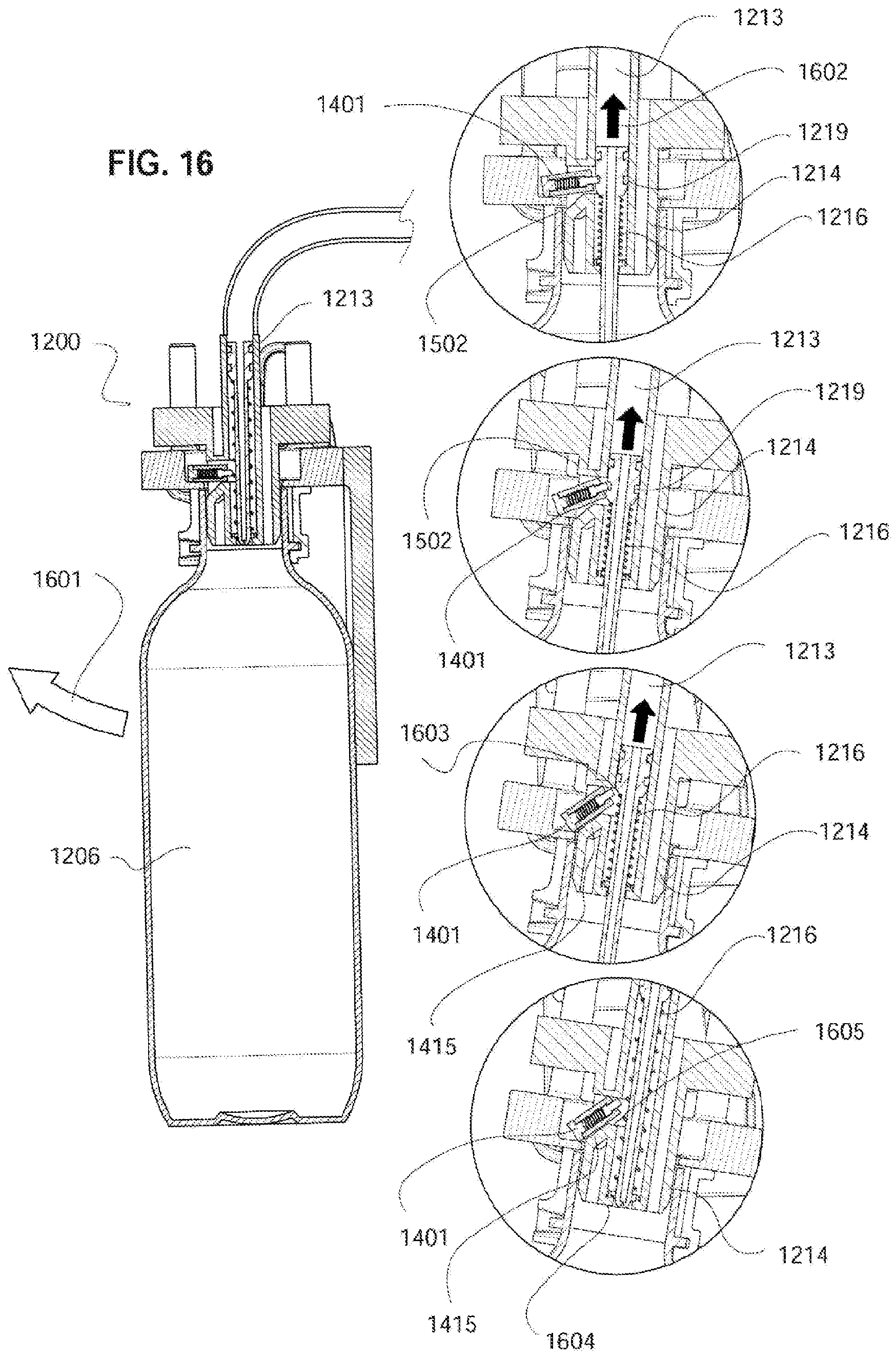 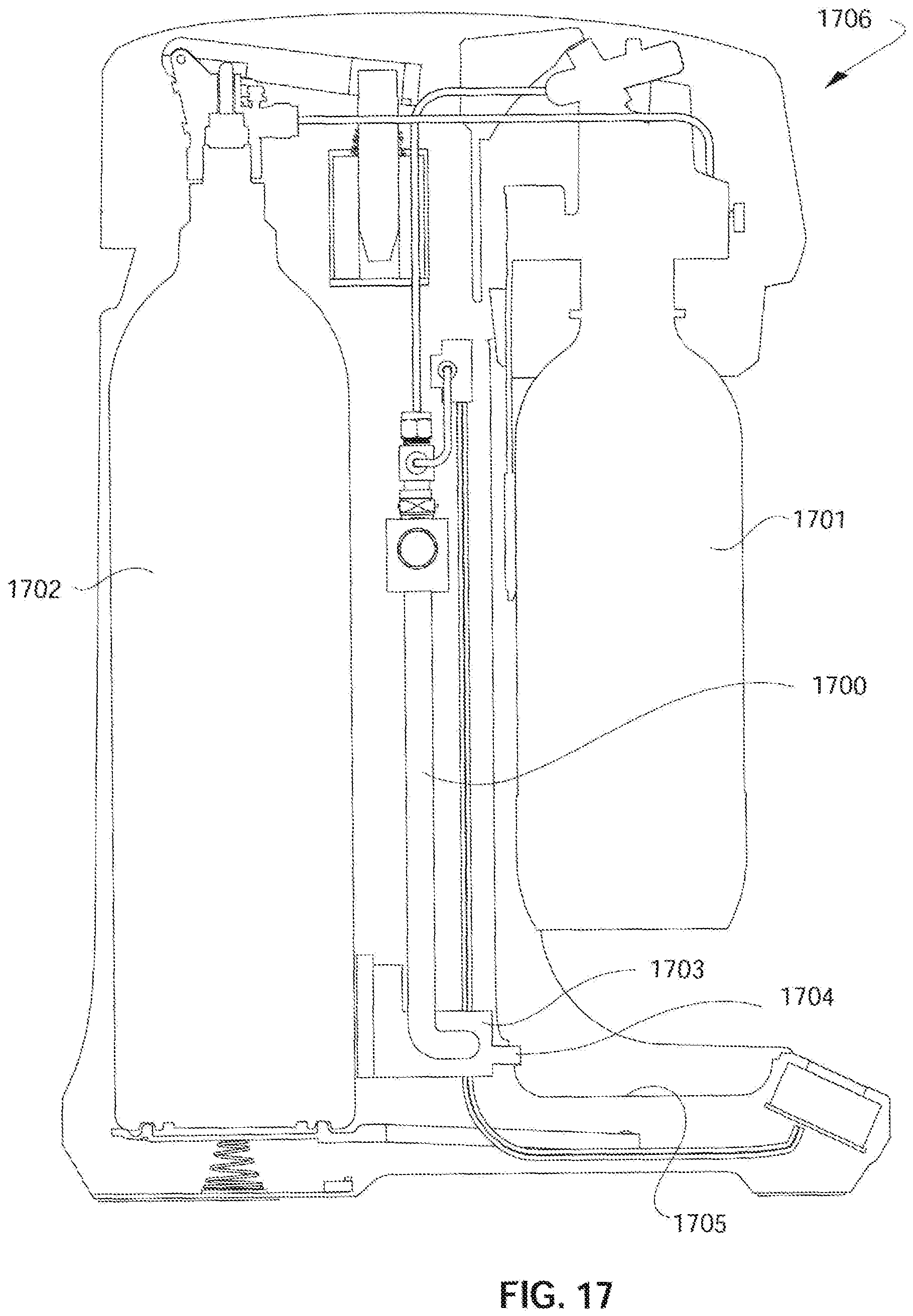 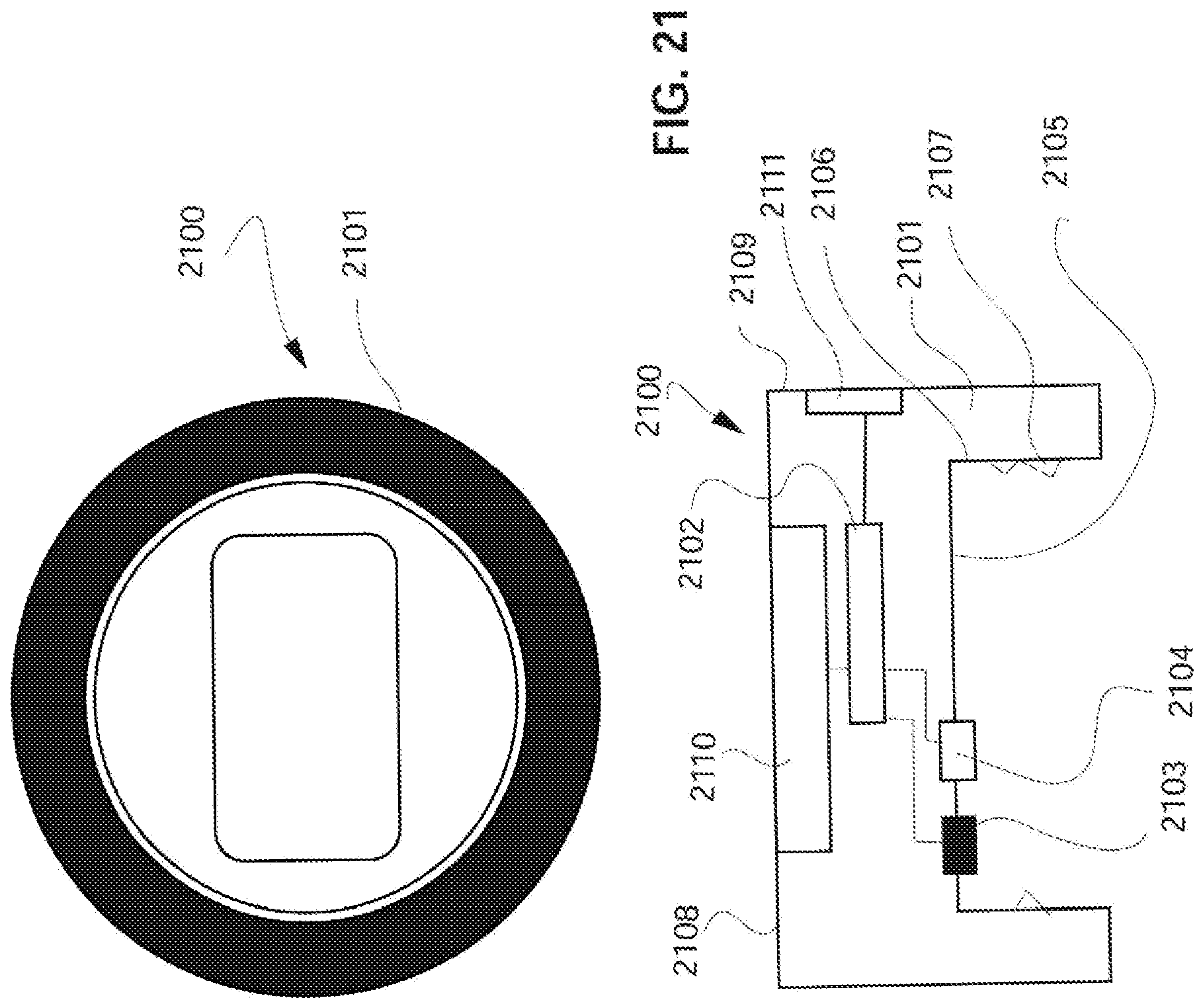