Figure 2 shows the coating of the pre-treatment layer and of the silicone oil layer in a syringe of example 1;

Figure 3 shows a graph gathering results of analysis of the number of particles contained in the WFI of example 3;

Figure 4 shows a graph illustrating the barrier effect of the coating of example 3;

Figure 5 shows a graph illustrating CD spectra of coated vials and coated syringes for each protein of example 3;

Figure 6 shows the plant to perform the coating process of example 4.

EXAMPLE 1: Process of application of a plasma treated silicone layer onto a syringe and vial.

[0049] The overall process used to coat the inner surface of a container is described in Fig. 1.
[0050] The adhesion primer is applied onto the glass surface by uniformly spraying a 2% w/w solution of [(Bicycloheptenyl)ethyl] trimethoxy-silane in isopropanol inside the surface of the primary container. This can be done using a sampleholder in which the nozzle is fixed, and the primary container can be moved relatively to the nozzle, in order to spray on the whole inner surface of the primary container by moving the primary container as the spray is on. A volume of 10 microliters is usually enough to coat the inner surface of a 1 mL syringe, at a flow rate of 10 microliters per second.
[0051] As a second step, the surface is then coated, still by spray, with Dow Corning 360 (1000 cts) silicone oil. This is done with a similar setup in which the nozzle can move relative to the container at a speed of 55 mm/s. The temperature of the flow controller we have used was 25 psi and pressure of the tank 9 psi. The temperature of the nozzle was 150°F (65.56°C), and the spraying time 1 second, enabling a uniform silicone inside the whole of the container.
[0052] As a third and final step, a plasma treatment is applied: the parameters of the plasma treatment are listed in the table below.
Plasma Parameters:

[0056] As can be seen, the number of particles of all sizes is significantly reduced compared to the reference syringe.

EXAMPLE 2: Process of building of the barrier layer onto the surface of plungers

[0057] Rubber components received from suppliers already contain a silicone layer (in order to facilitate demolding and separation of said plungers). They are treated directly with argon plasma with parameters similar to those of example 1:
[0058] These plungers are then tested in syringes coated as described in example 1. The above table gathers the breaklose force and maximum gliding force in each case, as well as particle count after autoclave.
[0059] The autoclave protocol used herein consists in:
[0060] The above table shows the considerable reduction in particle count brought by the plasma treated silicone layer, hence illustrating the barrier layer, while keeping the good gliding properties of the plunger in the syringe.

EXAMPLE 3: Comparison of a vial and a syringe to which the same barrier layer is applied

[0061] The barrels of a glass vial and a glass syringe - made from the same glass type and quality - are treated according to Example 1.
[0062] Rubber caps and plungers - made from the same rubber type and quality - are treated according to Example 2.
[0063] The vial and syringe are filled with Water For Injection (WFI), assembled with their respective rubber part, and the European Pharmacopeia autoclave protocol is applied to each.
[0064] The number of particles contained in the WFI is analyzed using the MFI tool. The graph of Fig. 3 gathers the results obtained.
[0065] It shows that although the vial and syringe are made through different process, they have very similar particle distribution profiles. One shall note that the difference for particle sizes of 1-2-microns is actually within deviation of the analytical method for measurements that were not carried out in clean room.
[0066] The solutions contained in the respective containers are also analyzed by ICP-OES (Induced Coupled Plasma Optical Emission Spectroscopy, Varian 710) to determine the various chemical elements released by the full surface in contact with the water. The graph below is showing the results presented according to European Pharmacopeia guidelines.
[0067] The graph of Fig. 4 shows that both the coated vial and the coated syringe have a very low level in all elements, illustrating the barrier effect of the coating. One shall note in particular the level of Na2O, well below the EP threshold of 3.20 ppm, suggesting that these containers will have low impact on the pH of the formulation they will contain. A direct measurement of the EP value - i.e. the volume, in mL, of 0.1N hydrochloric acid needed to re-adjust a pH = 6.8 solution put in contact with the container, and which is a direct indication of the ion exchange at the top surface - gives EP = 0.3 for both the coated vial and the coated syringe: this is a very low value, well below the threshold of 1.30 of the European Pharmacopeia.
[0068] In the absence of complexing agents in the formulation, such a low EP value is also indicative of a very low propensity for glass delamination, which is further illustrated by the SiO2 values: despite the presence of the crosslinked silicone oil layer in both containers: in the case of the vial, this means that glass delamination is also very low, thanks to the barrier effect of the coating, as most of the SiO2 measured by ICP-OES in vials is usually due to glass delamination. As a comparison, SiO2 levels as measured by ICP-OES using the same protocol are indicated in the table below:
[0069] These results show how much the present invention is bringing vials and syringes to similar and very low levels of SiO2 release, although the original glass containers have very different and high values.
[0070] Finally, we have tested the impact of the adsorption of two proteins onto the surface of the coated vial and of the coated syringe, on the conformational change they undergo. In this way, we can probe the stability of the proteins in their prefilled formulation.
[0071] For this purpose, we have used lysozyme and α-bovine lactalbumine: these two proteins have comparable molecular mass but tend to behave differently, lysozyme adsorbing on all surfaces, while α-bovine lactalbumine essentially adsorbs onto hydrophobic surfaces:
[0072] All the wavelenght scan measurement were conducted at 25°C using 1.0 x 0.1 cm quartz cuvettes for far-UV CD (circular dichroism) and 0.5 x 1.0 cm quarz cuvettes for near-UV CD. Far-UV circular dichroism spectra were taken from 210 to 250 nm at 20 nm/min with 16 s response time using 0.1 mg/mL solutions of samples. Near-UV circular dichroism spectra were taken from 320 to 250 nm at 20 nm/min with a 16 s response time using the protein solution picked up from the vials incubated. The acquired spectra were normalized for concentration determined empirically based on the absorbance and mass of the protein.
[0073] In Fig. 5, CD spectra of coated vials and coated syringes have been displayed in the same graph for each protein, in the two wavelength ranges, after 7 days of incubation at 40°C.
[0074] The striking result from curves of Fig. 5 is that they are all exactly superimposed, showing that no difference can be evidenced in conformational change of the proteins when they are in a coated vial vs when they are in a coated syringe.
[0075] Overall, these results show that the plasma treated silicone layer applied to the barrel of a vial in addition to that of a syringe the plasma treatment of rubber parts used to close these respective containers build inner surfaces that have very similar behaviors in terms of glass delamination, particle level, extractables and pH drift propensity, although on dissimilar containers.

EXAMPLE 4 (not according to the invention):

[0076] MOCVD SiO2 deposition on vials Metal Organic Chemical Vapour Deposition of SiO2 has been carried out on vials.

[0081]
[0082] There were not a surface preparation. The vial was inserted progressively in 15 minutes inside the furnace (to avoid thermal shock). Both gases were opened for 50 seconds to have an homogenous atmosphere of nitrogen and wet-oxygen inside the vials. Then the precursor bubbler was opened and the bypass closed for 2 minutes and 30 seconds (the water bubbler is always open.) At the end of the deposition the bubbler valves were closed and subsequently also both the gas. The vial was then extracted from the furnace in 15 minutes to avoid thermal shocks. There were no post deposition treatments. The plant to perform this process is shown in Fig. 6.
[0083] This example describes the coating process for a vial, but it is applicable the same way for a syringe or cartridge, and hence in this way it can be built a coating that is the same in all containers.

4. Method of handling a liquid drug formulation according to claim 1, wherein the barrier layer is applied by chemical vapor deposition (CVD) or atomic layer deposition (ALD) on the inner surface of the primary container. 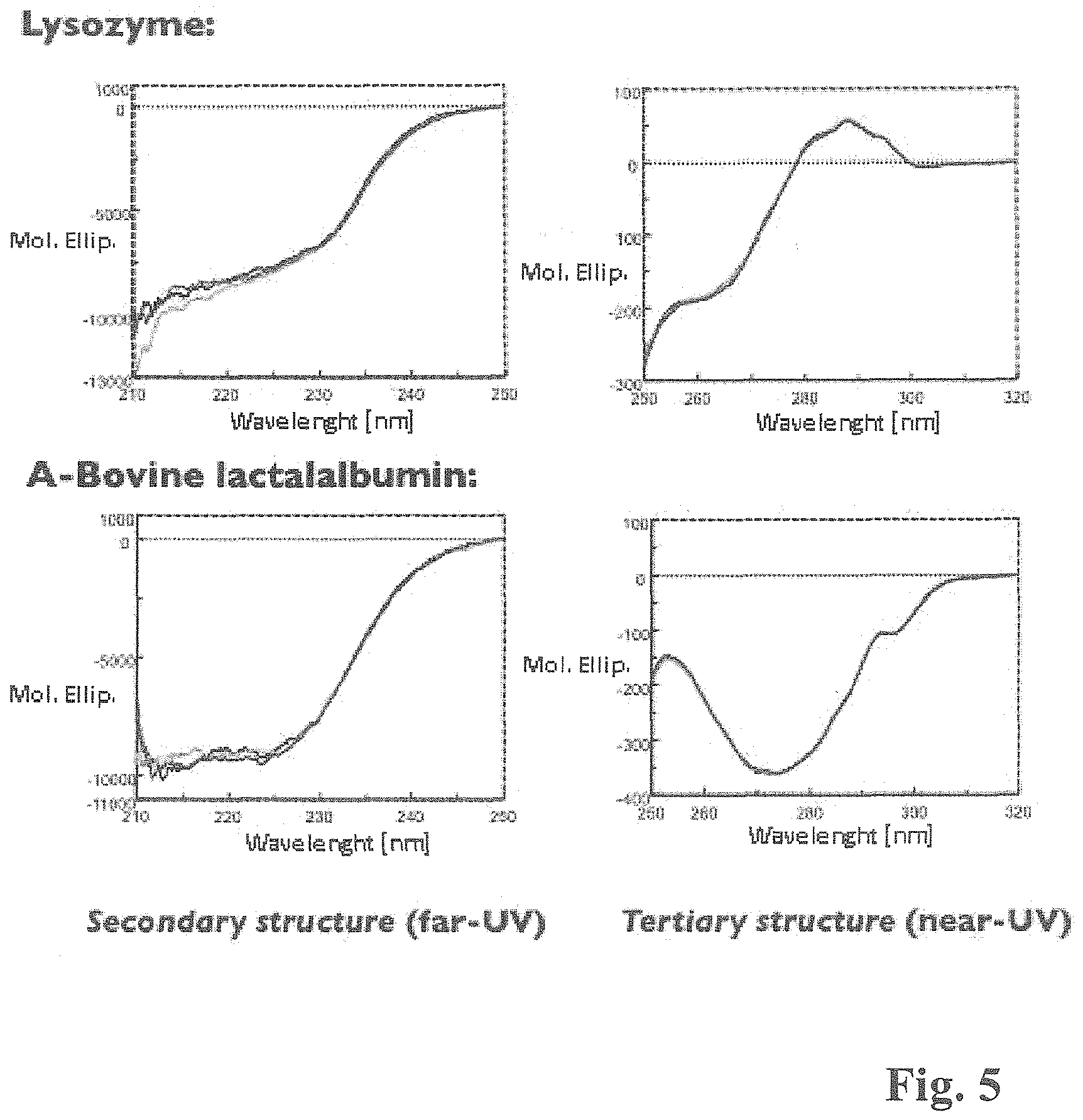 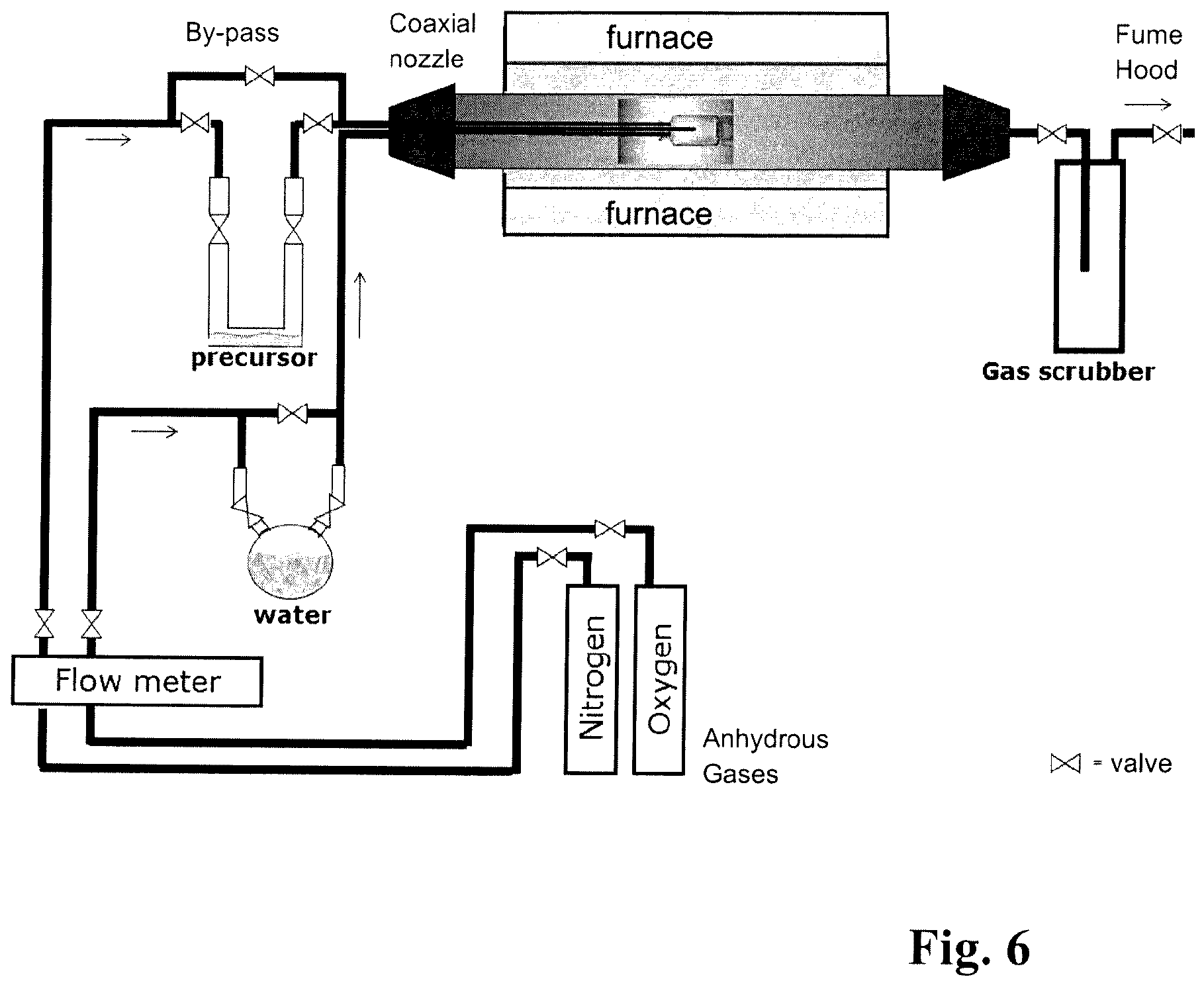