[0001] The present invention relates to a gas turbine engine and, more particularly, to a case therefor.
[0002] Gas turbine engines, such as those that power modern commercial and military aircraft, generally include a compressor section to pressurize an airflow, a combustor section to burn a hydrocarbon fuel in the presence of the pressurized air, and a turbine section to extract energy from the resultant combustion gases.
[0003] The combustor section typically includes an outer shell lined with heat shields to form a combustion chamber. The combustion chamber is surrounded by a diffuser case formed of an inner and outer case, where the inner case defines a pre-diffuser and the outer case serves as structural containment. Together the cases form the flowpath and necessary volume to mitigate unrecoverable compressor surge. Although effective, the diffuser case includes multiple through-holes which may form undesirable stress concentrations.
[0004] US 2003/131603 A1 and US 2012/240584 A1 disclose features of the preamble of claim 1.

FIG. 1 is a schematic cross-section of an example gas turbine engine architecture;

FIG. 2 is a schematic cross-section of another example gas turbine engine architecture;

FIG. 3 is an expanded longitudinal schematic sectional view of a combustor section according to one embodiment that may be used with the example gas turbine engine architectures shown in FIGS. 1 and 2;

FIG. 4 is a schematic view of a gas turbine engine case assembly;

FIG. 5 is an expanded schematic view of a case;

FIG. 6 is an expanded outer perspective view of a through-hole in the case;

FIG. 7 is an expanded inner perspective view of a through-hole in the engine case and pockets formed therein;

FIG. 8 is an inner perspective view of a through hole with corresponding pockets defined in the case assembly according to an embodiment of the present invention;

FIG. 9 is a lateral sectional view showing the pockets of FIG. 8; and

FIG. 10 is a perspective sectional view showing example stress concentrations adjacent to the pockets of FIG. 8.

at least one of the first or the second pockets (130) includes a circular periphery, and the through-hole (120) is located through a boss (124); 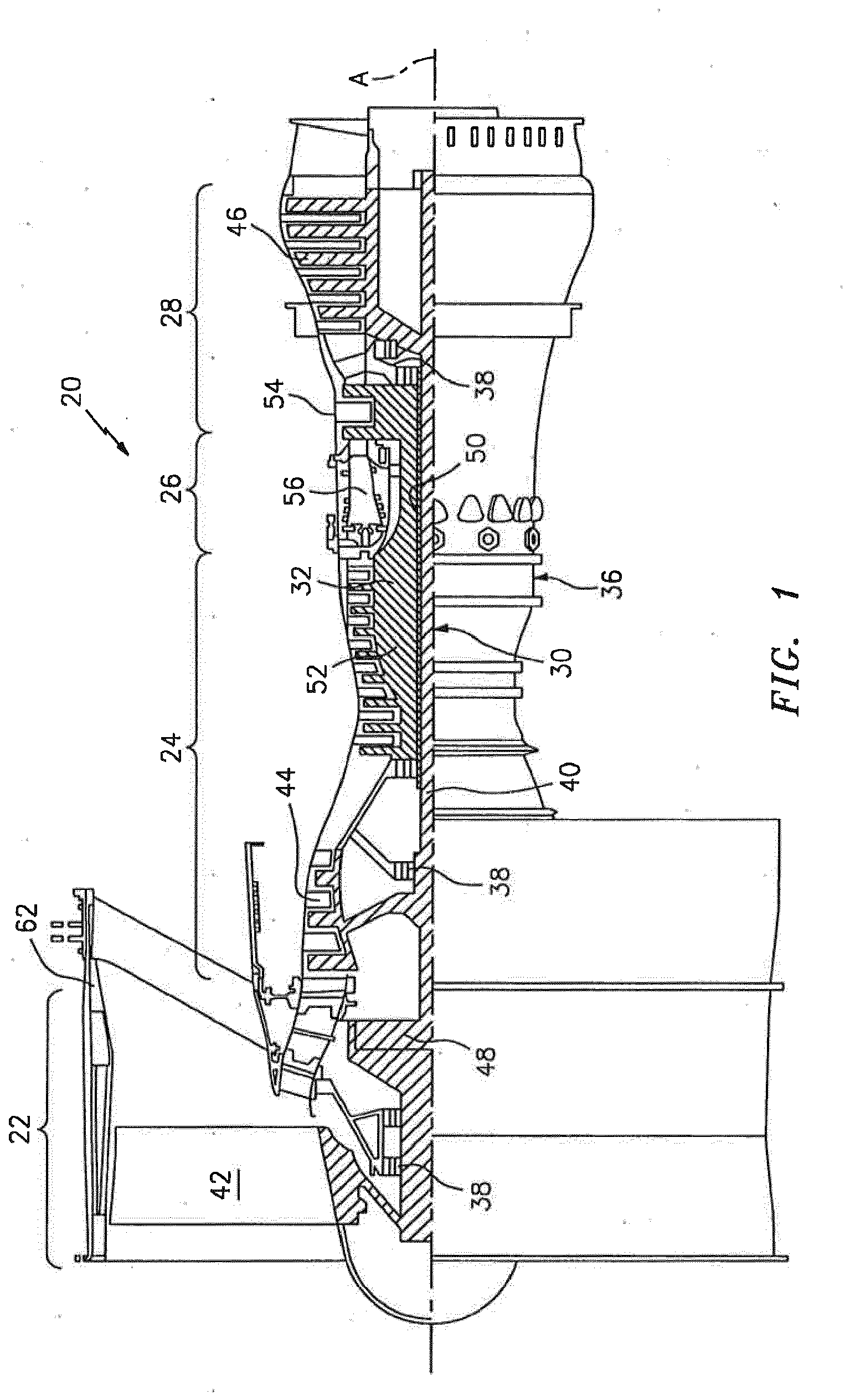 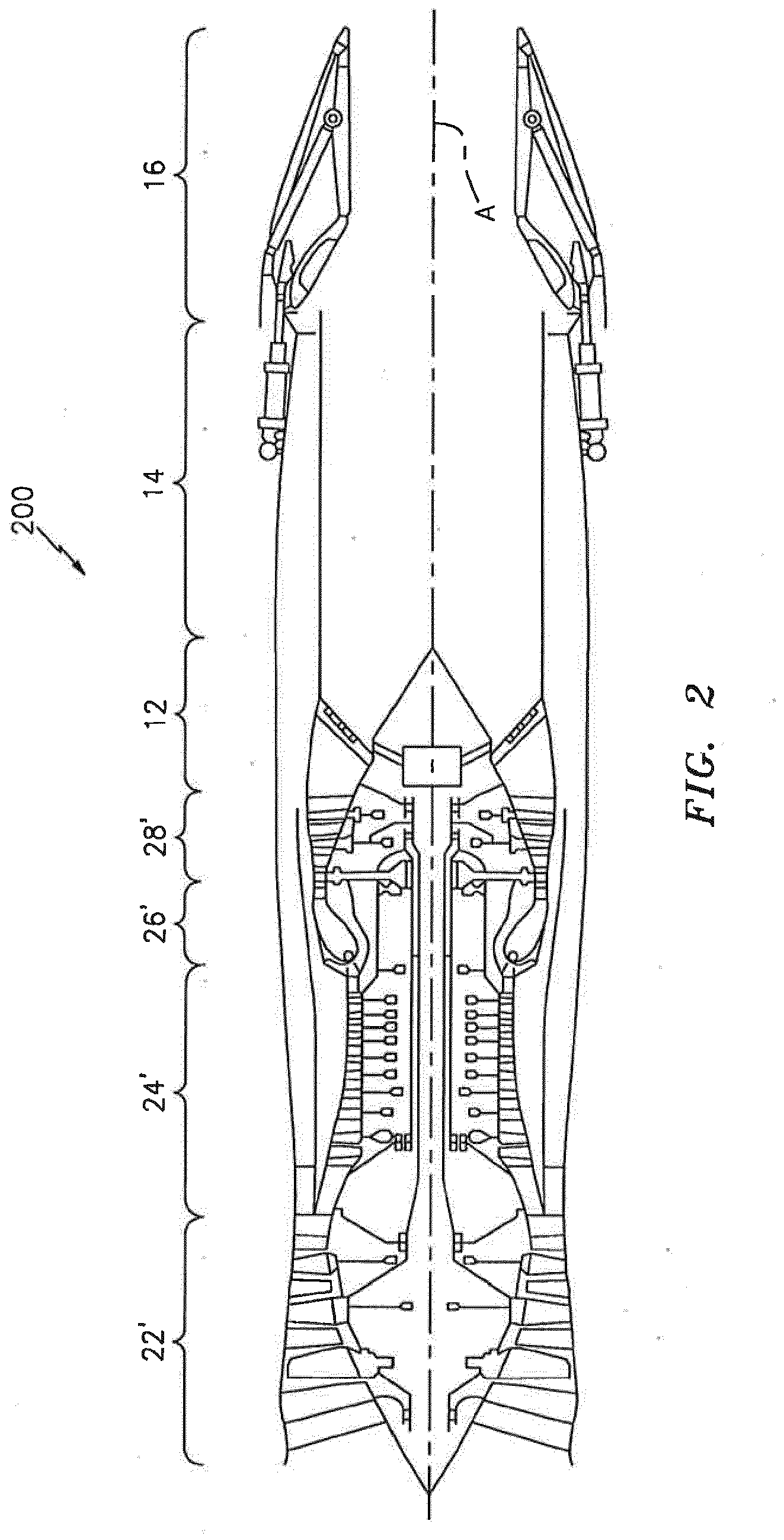 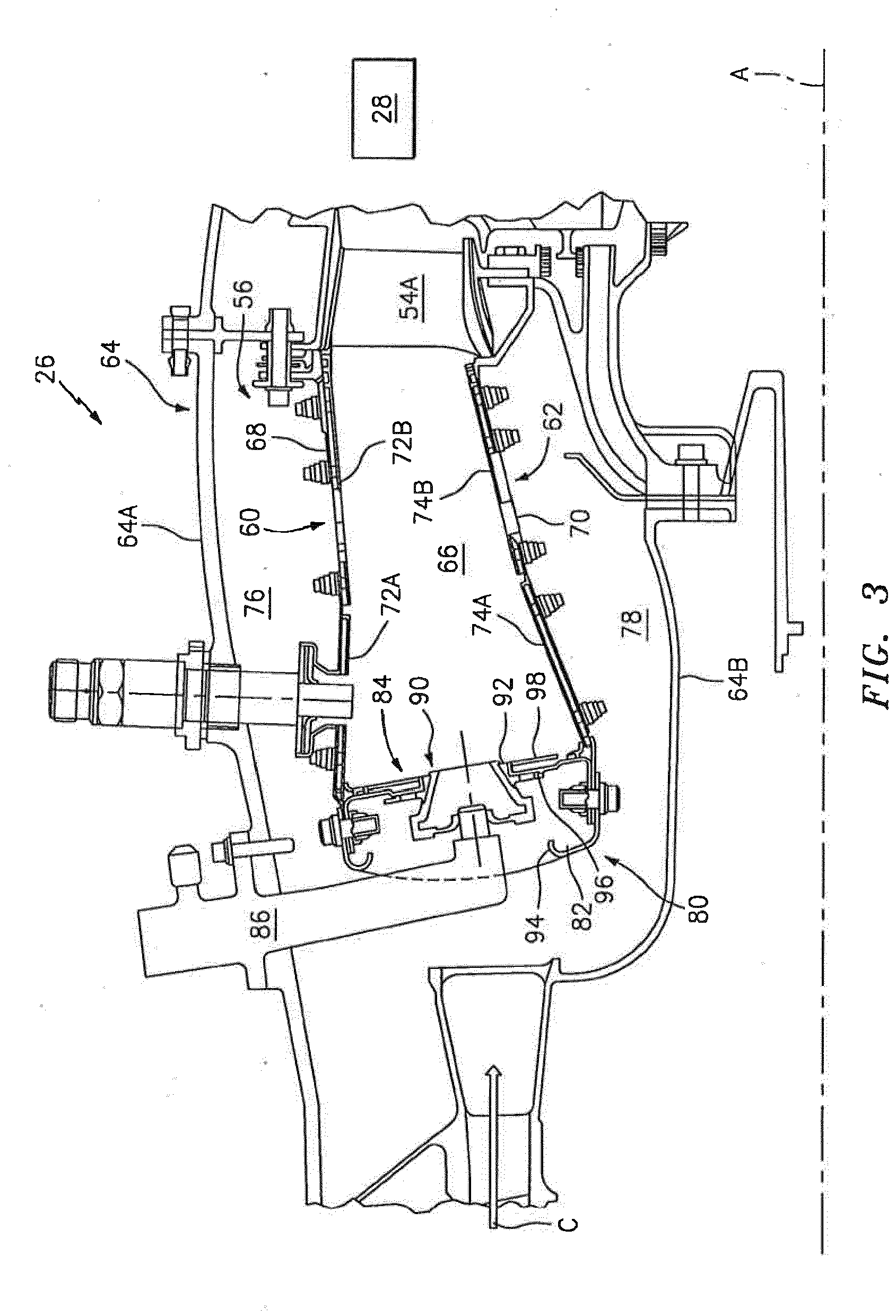 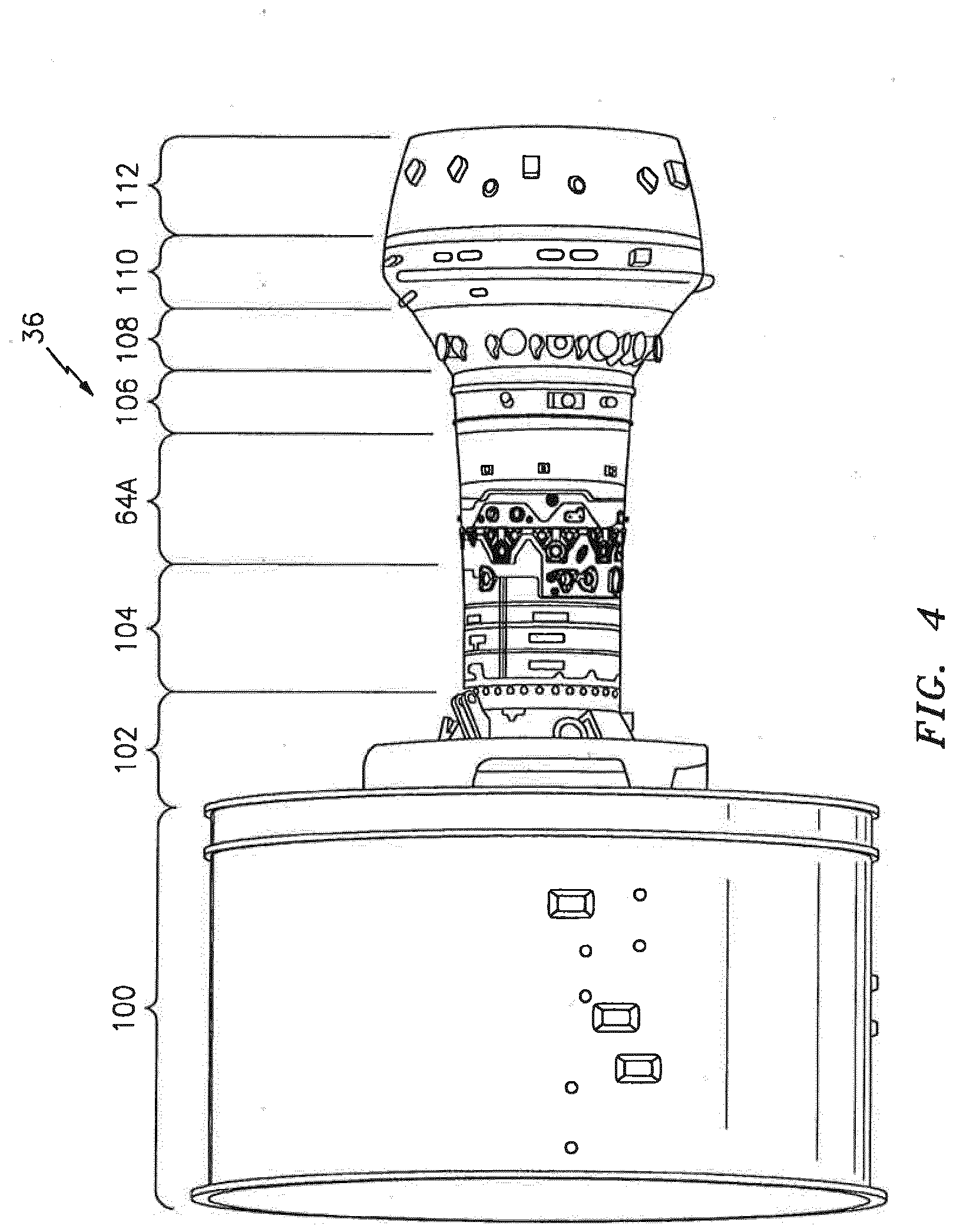 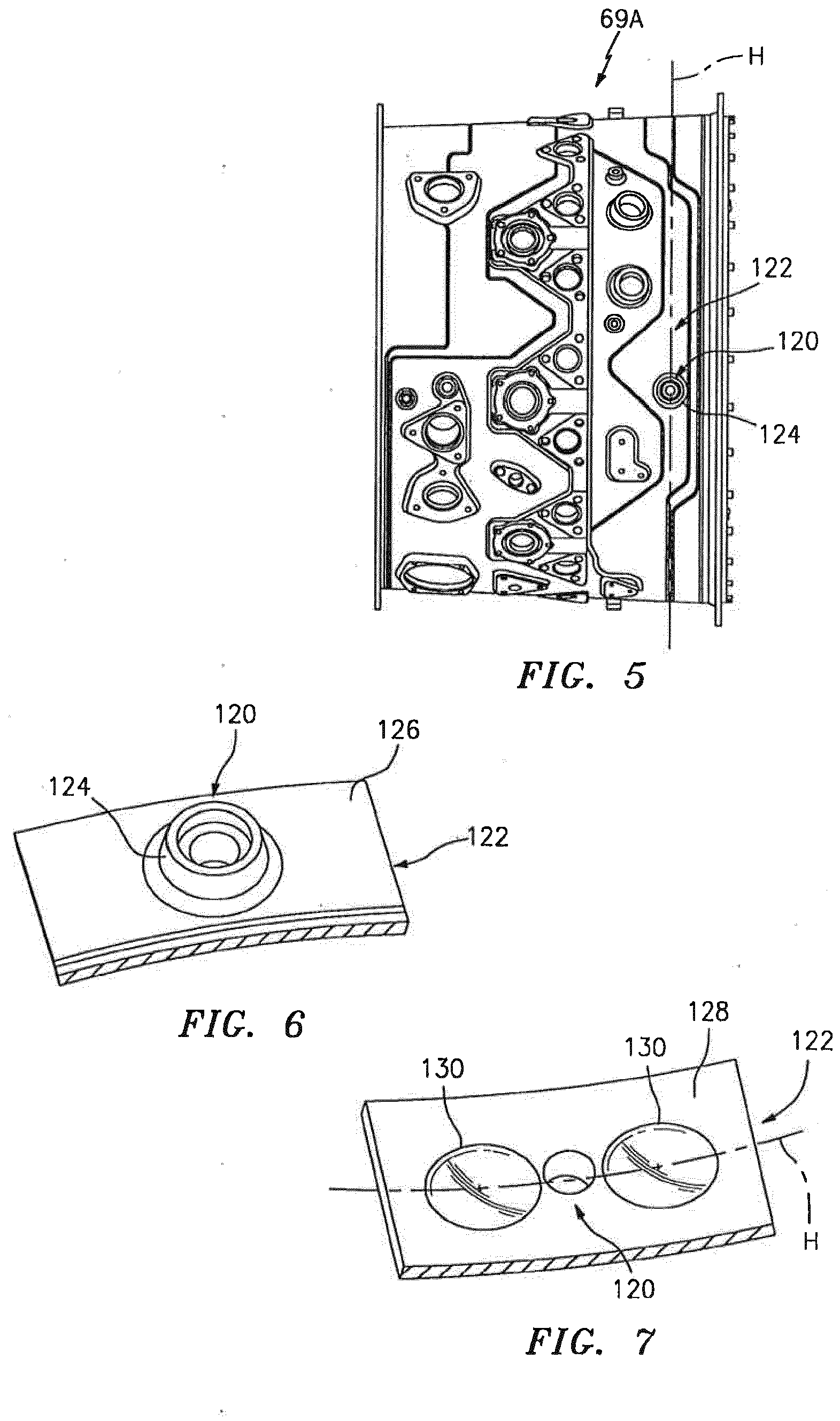 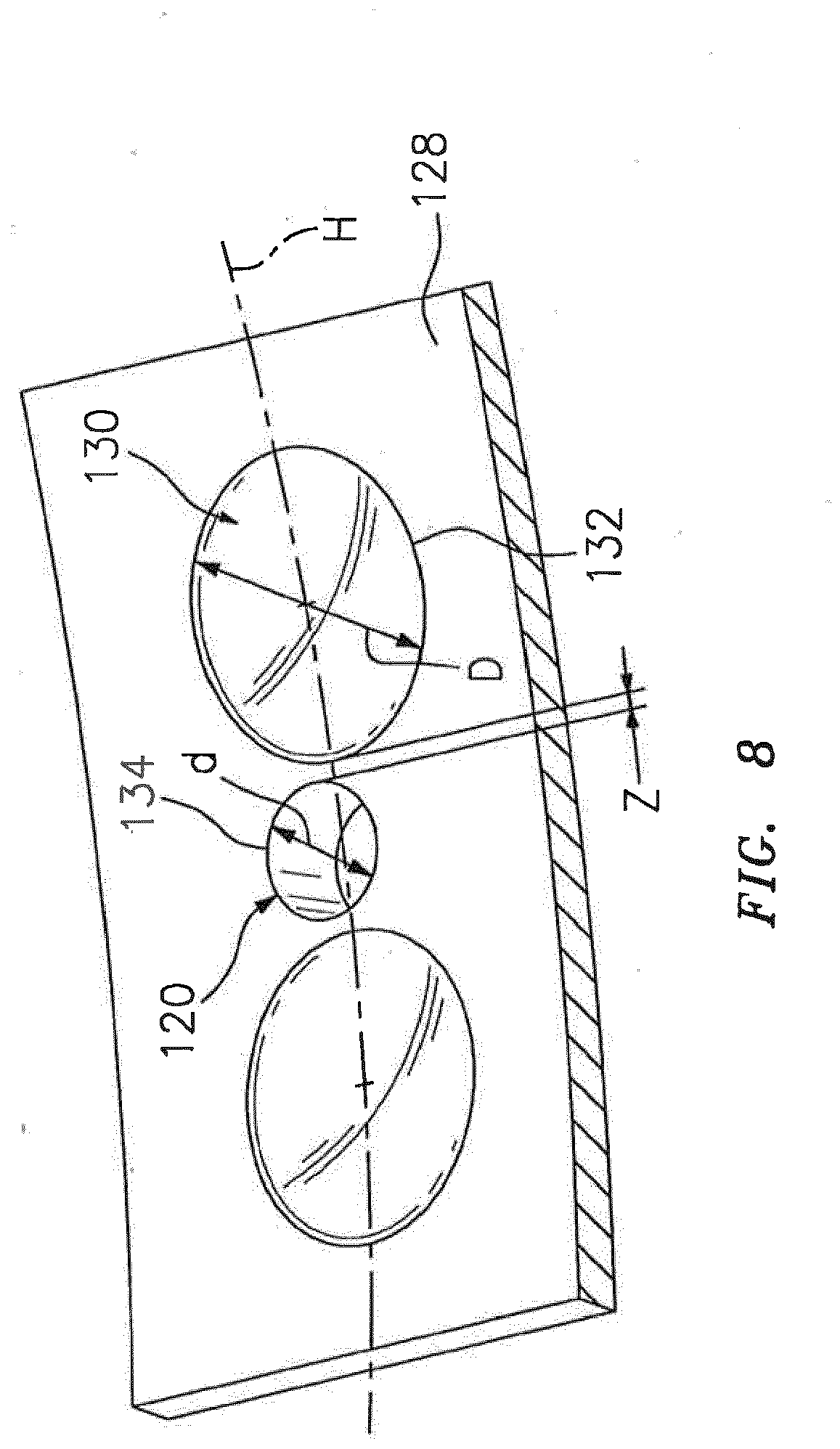 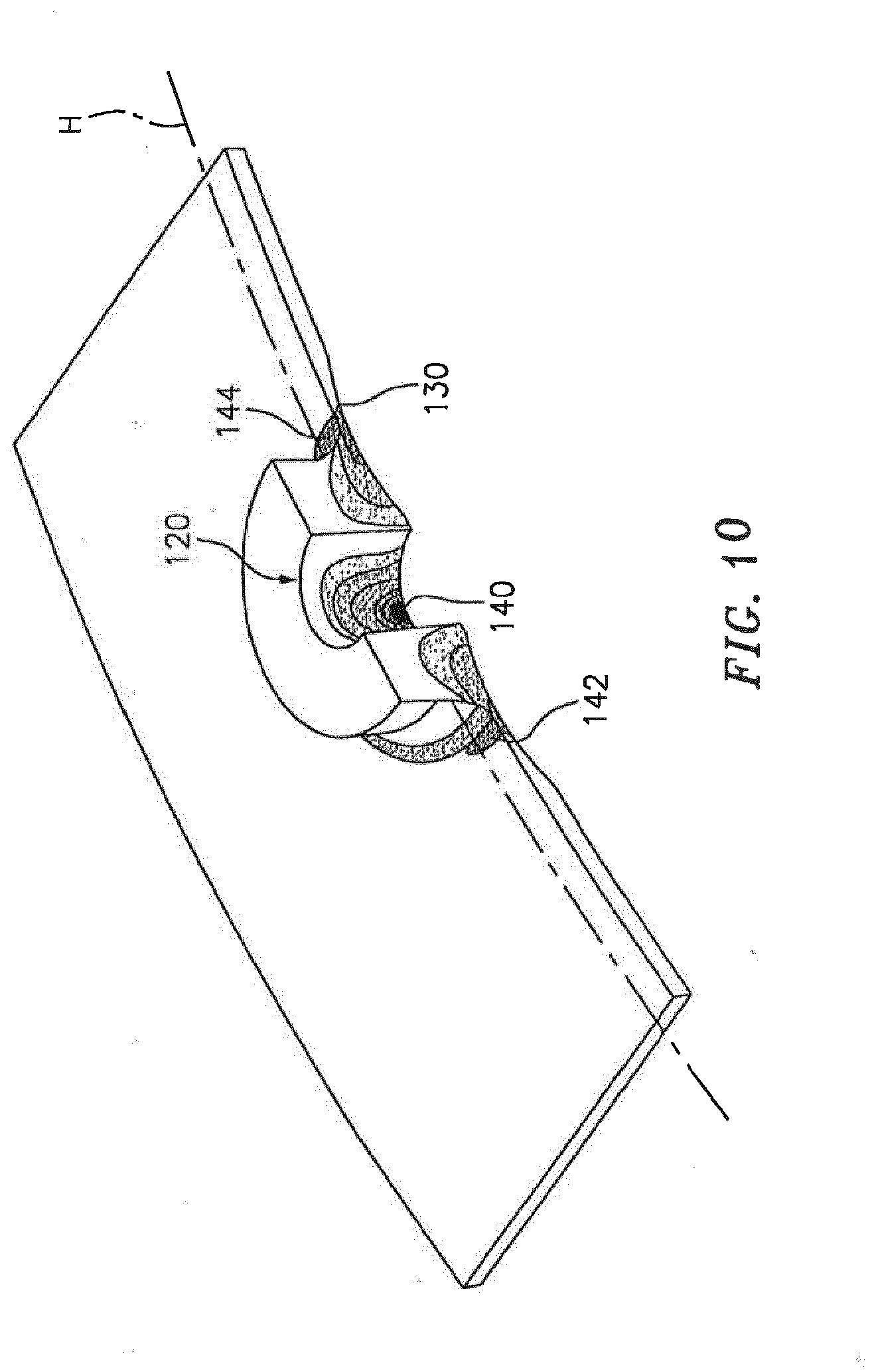