[0002] Transaction processing within a retail fueling environment conventionally includes interaction between a customer and a fuel dispenser. The customer typically presses certain keys on a user interface provided on the fuel dispenser to provide input for a transaction. Output is provided to the customer in response by the user interface (typically via a visual display). The customer obtains payment authorization for the transaction by swiping a credit card at the fuel dispenser (also referred to as "pay at the pump") or communicating with an employee situated at a point of sale (POS) terminal. After authorization is received, the customer dispenses fuel and interacts with the user interface of the fuel dispenser to complete the transaction. An example of such a fuel dispenser interface is the card reader in dispenser (CRIND®) equipped fuel dispenser manufactured by Gilbarco Inc.
[0003] Toward this end, existing fuel service forecourts are typically equipped with field wiring to provide communication between a forecourt controller (FCC) and the individual fuel dispensers. As known to those skilled in the art, the FCC may be a separate box that communicates with the POS, or the functionality of the FCC may be incorporated into the POS. In either case, the FCC controls the operation of the fuel dispensers. Also, in the case of "pay at the pump," the POS receives payment information from the fuel dispensers in order to authorize the transaction and effect final payment. Recently, Gilbarco Inc., the assignee of the present invention, has proposed a system wherein certain forecourt functions are performed by a separate device (referred to as an "enhanced dispenser hub") that communicates with a POS. The operation of an enhanced dispenser hub in a fueling environment is described in U.S. Pat. No. 8,438,064.
[0004] The prior art typically uses two-wire current loop or RS422 signaling for communications between the FCC and the fuel dispensers (or other forecourt devices). Recently, the functionality desired at fuel dispensers has outgrown the limited capability that can be achieved with legacy field wiring. For example, in recent years, fuel dispensers have become more than a means for fueling a vehicle. Service station owners are advertising at the dispenser with everything from simple signs to video displays running commercials. These data-intensive features can be readily provided in a new service station because high bandwidth cable can be installed in the forecourt during construction. In the case of existing service stations, the cost to provide high bandwidth cable (e.g., Cat5) in the forecourt can be prohibitive.
[0005] In addition, there have been recent efforts to effect payment for various goods and services via mobile devices such as cell phones. From the standpoint of a service station operator, it would be desirable to retrofit existing fuel dispensers to accept "mobile payment" as an additional payment option. While desirable in theory, such retrofitting is difficult to achieve in practice. For example, various "mobile payment" techniques may require communication between the fuel dispenser and a host server at data rates higher than can be achieved using legacy field wiring. In addition, the retrofit option may require compatibility with fuel dispensers and/or FCCs from various manufacturers.
[0006] US 2009/129403 A1 discloses a system, device, or technique for a fuel dispenser including the ability to receive a signal including information in a first communication protocol and information in a second communication protocol, separate the signal into the first communication protocol and the second communication protocol, and process the signals in the first and second communication protocols.

[0011] A full and enabling disclosure of the present invention, including the best mode thereof directed to one of ordinary skill in the art, is set forth in the specification, which makes reference to the appended drawings, in which:

Figure 1 is a diagrammatic representation of a retail fueling environment incorporating certain aspects of the present invention.

Figure 2 is a diagrammatic representation of a fuel dispenser equipped with low power "beacons" and a sniffer device in accordance with an embodiment of the present invention.

Figure 3 is a diagrammatic representation showing installation of a sniffer device between existing electronics inside the pump and a forecourt controller in accordance with an embodiment of the present invention.

Figure 4 is a diagrammatic representation of an active sniffer device in accordance with an embodiment of the present invention.

Figure 5 is a flow chart showing exemplary process steps occurring at a sniffer device of the present invention during remote transaction authorization.

Figure 6 is a flow chart showing an exemplary messaging protocol that may be implemented at a sniffer device in accordance with the present invention.

[0012] Repeat use of reference characters in the present specification and drawings is intended to represent same or analogous features or elements of the invention.

1. An assembly for installation in a fuel dispensing environment having a forecourt controller (106) and at least one fuel dispenser (10) communicating with each other via legacy cable (108), said assembly comprising:

passing said incoming message immediately to the other side;

not passing said incoming message to the other side; or

2. An assembly as set forth in claim 1, wherein said sniffer device (110) is operative to provide sale and volume information received from said fuel dispenser (10) to said remote cloud server (22) at the conclusion of a fueling transaction.

4. An assembly as set forth in claim 1, further comprising an over legacy cable (OLC) modem (114) in electrical communication with said broadband communication channel.

5. An assembly as set forth in claim 1, wherein said sniffer device (110) is operative to implement a protocol in the event a remote message is received while action pursuant to a previous remote or incoming message is in process.

6. An assembly as set forth in claim 1, wherein said sniffer device (110) further comprises at least one port for messages to or from additional input/output devices associated with said fuel dispenser (10). 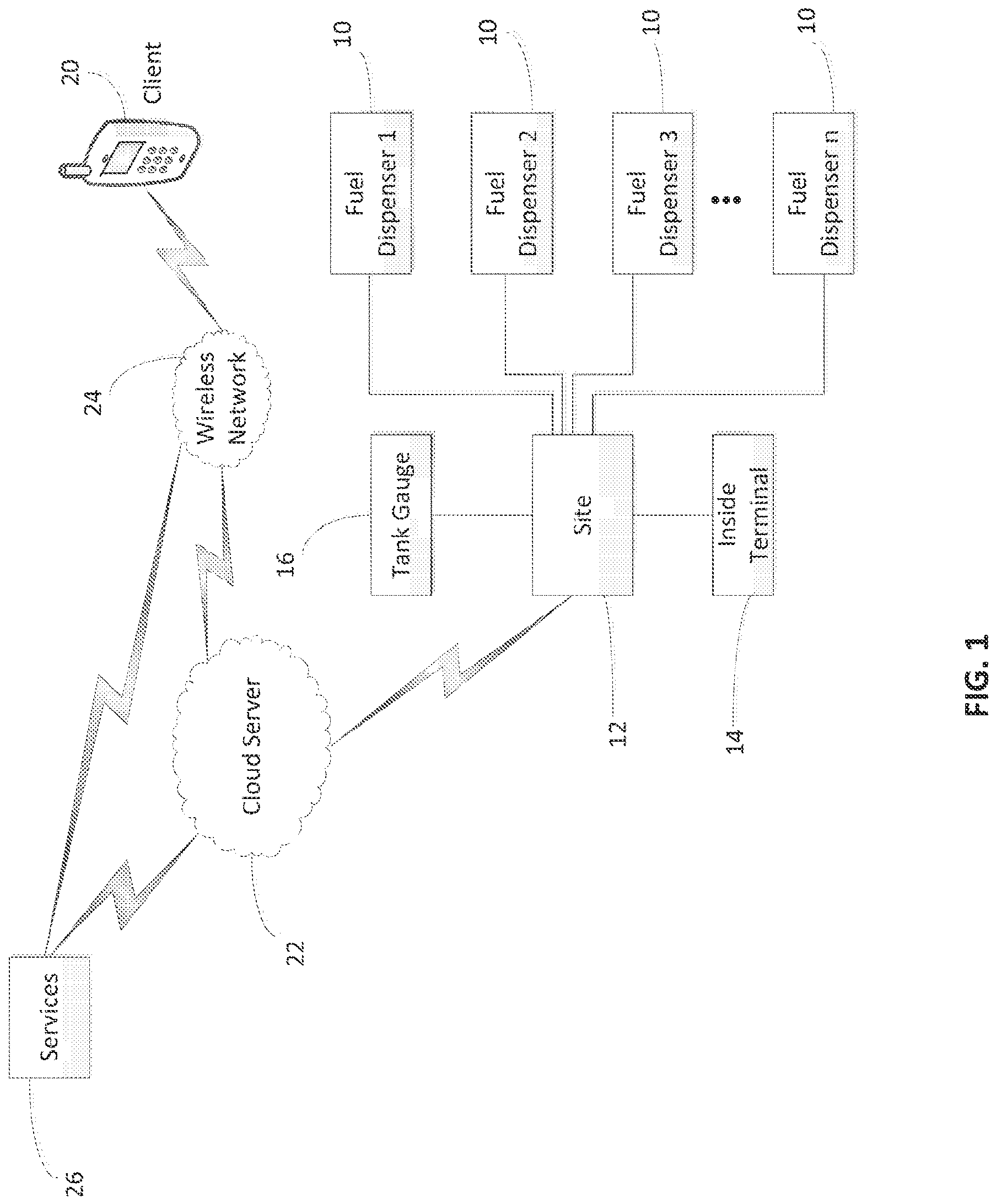 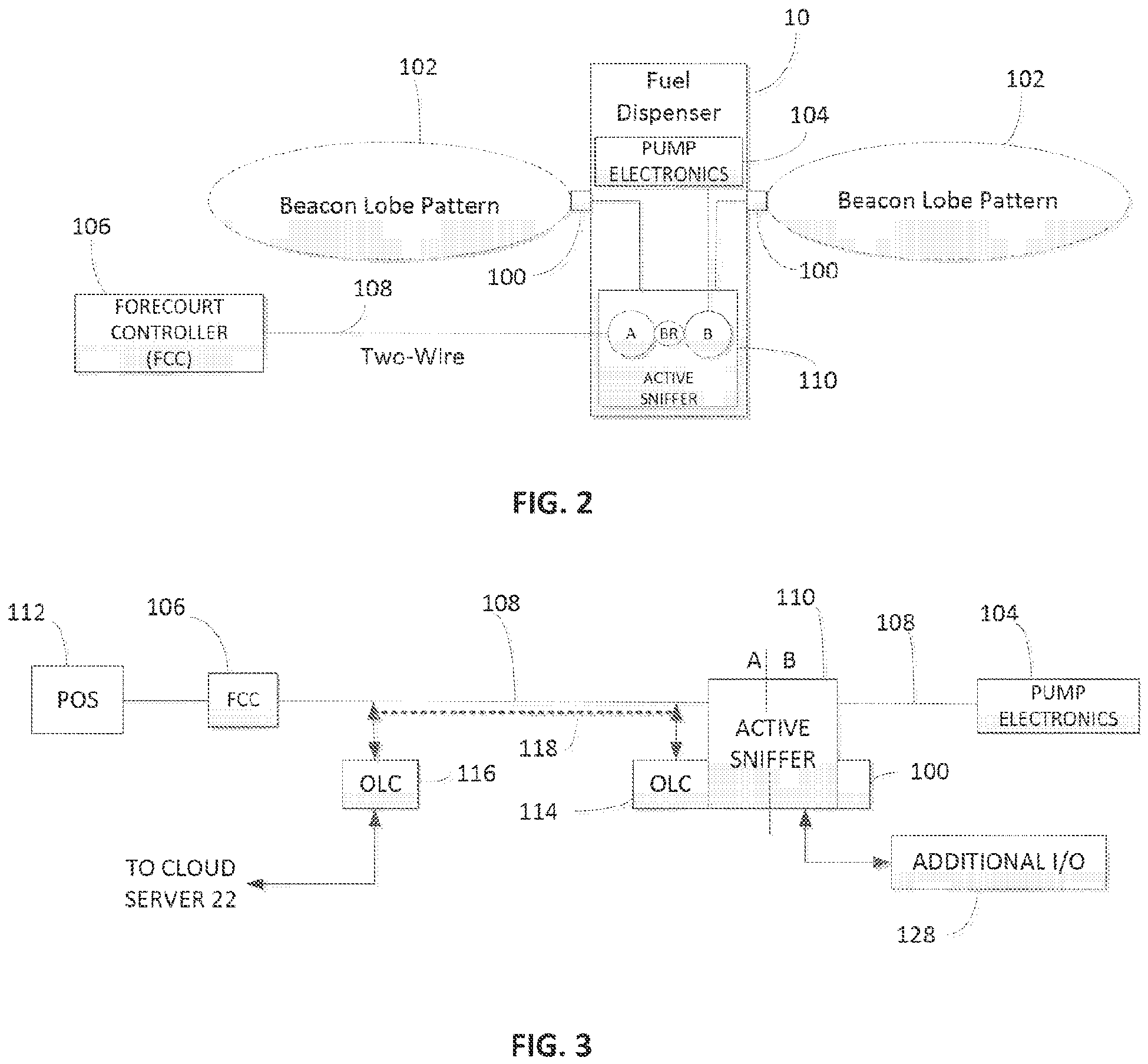 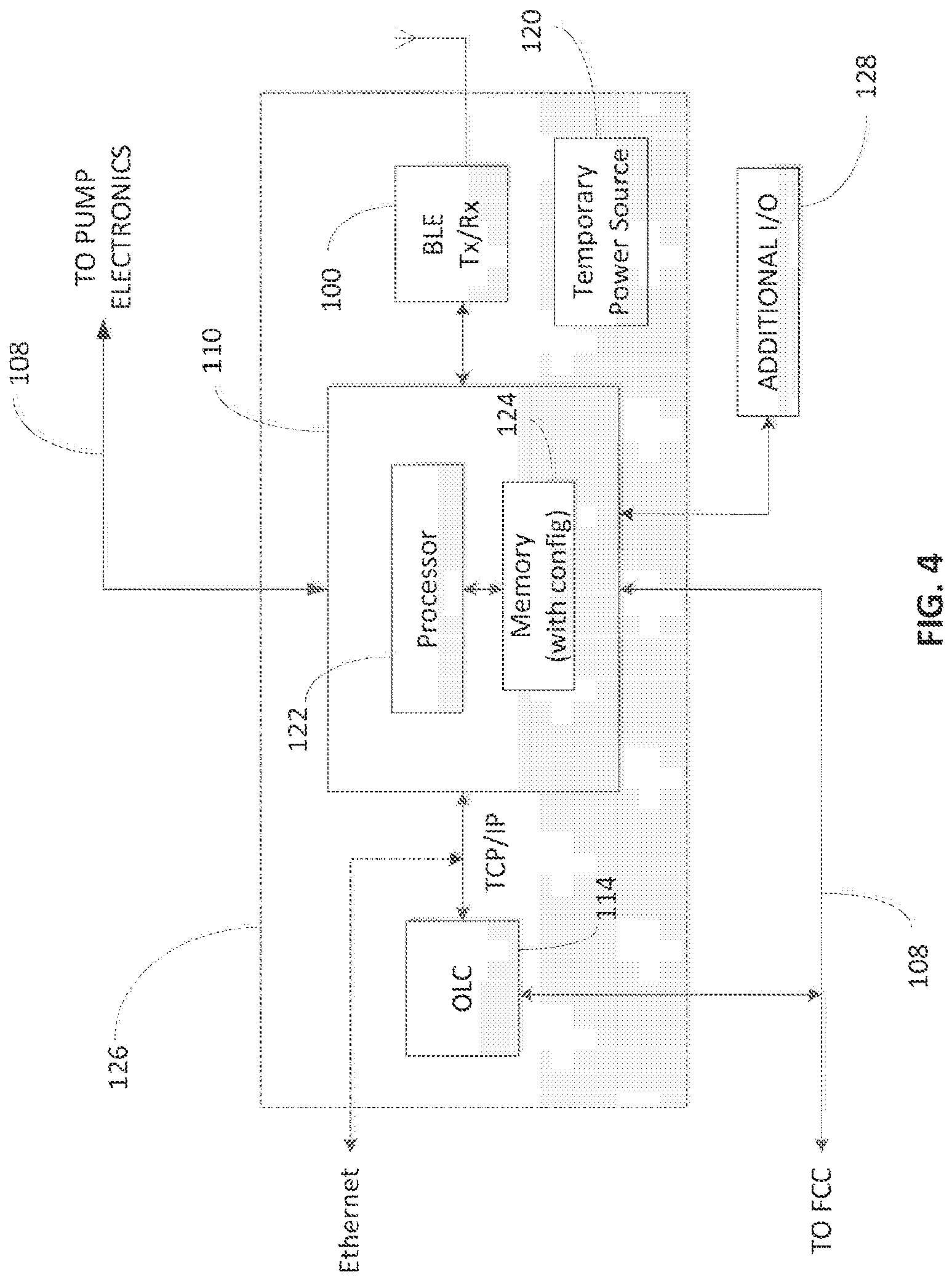 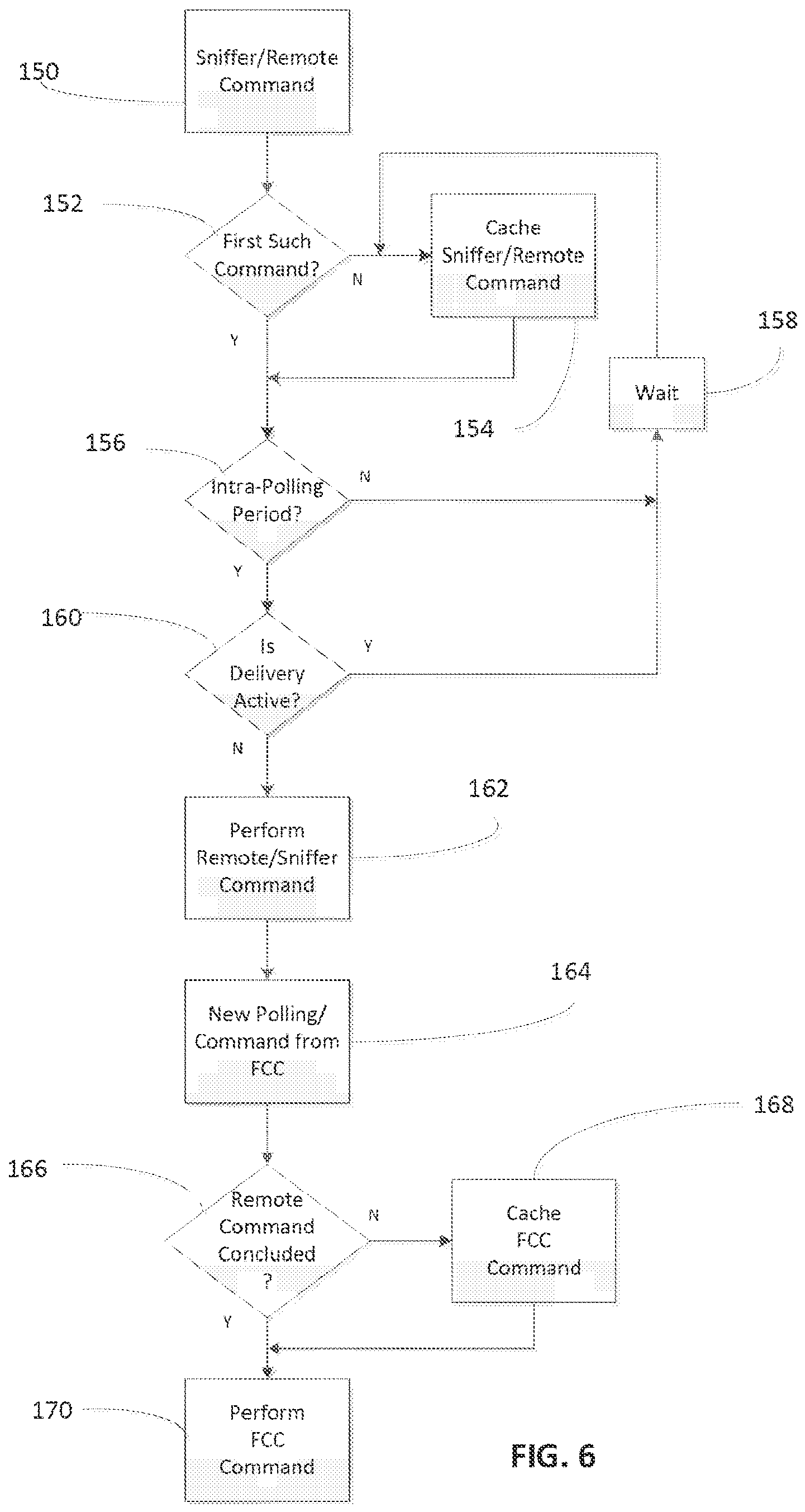