[0005] The invention provides a fire-resistant optical communication cable according to claim 1.
[0006] Additional features and advantages will be set forth in the detailed description that follows, and in part will be readily apparent to those skilled in the art from the description or recognized by practicing the embodiments as described in the written description and claims hereof, as well as the appended drawings.
[0007] It is to be understood that both the foregoing general description and the following detailed description are merely exemplary, and are intended to provide an overview or framework to understand the nature and character of the claims.
[0008] The accompanying drawings are included to provide a further understanding and are incorporated in and constitute a part of this specification. The drawings illustrate one or more embodiment(s), and together with the description serve to explain principles and operation of the various embodiments.

FIG. 1 is a perspective view of an optical fiber cable according to an exemplary embodiment.

FIG. 2 is an axial cross-sectional view of an optical fiber cable according to an exemplary embodiment.

FIG. 3 is a side cross-sectional view of an optical fiber cable according to an exemplary embodiment.

FIG. 4 is a detailed axial cross-sectional view of a portion of an optical fiber cable according to an exemplary embodiment.

FIG. 5 is a diagram showing formation of a flame resistant coating according to an exemplary embodiment.

a plurality of elongate optical transmission elements (18) located within the passage (16) of the elongate cable body (12);

a first layer of siloxane polymer adjacent an outer surface of the elongate fiber (50); and

a second layer of siloxane polymer bound to an exterior of the first layer of the clay compound; and

3. The fire-resistant optical communication cable of either claim 1 or 2, wherein the elongate fiber (50) comprises aramid. 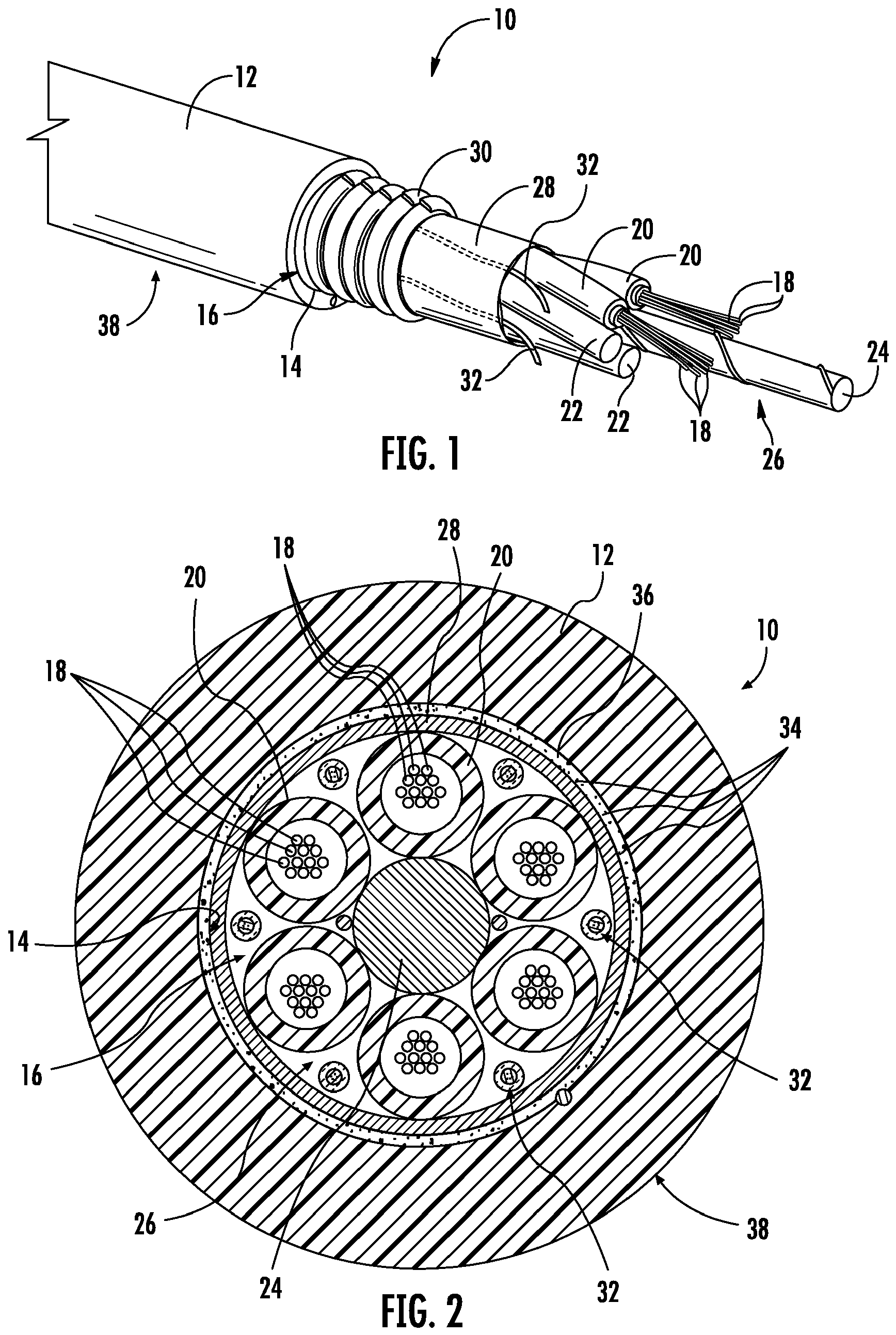 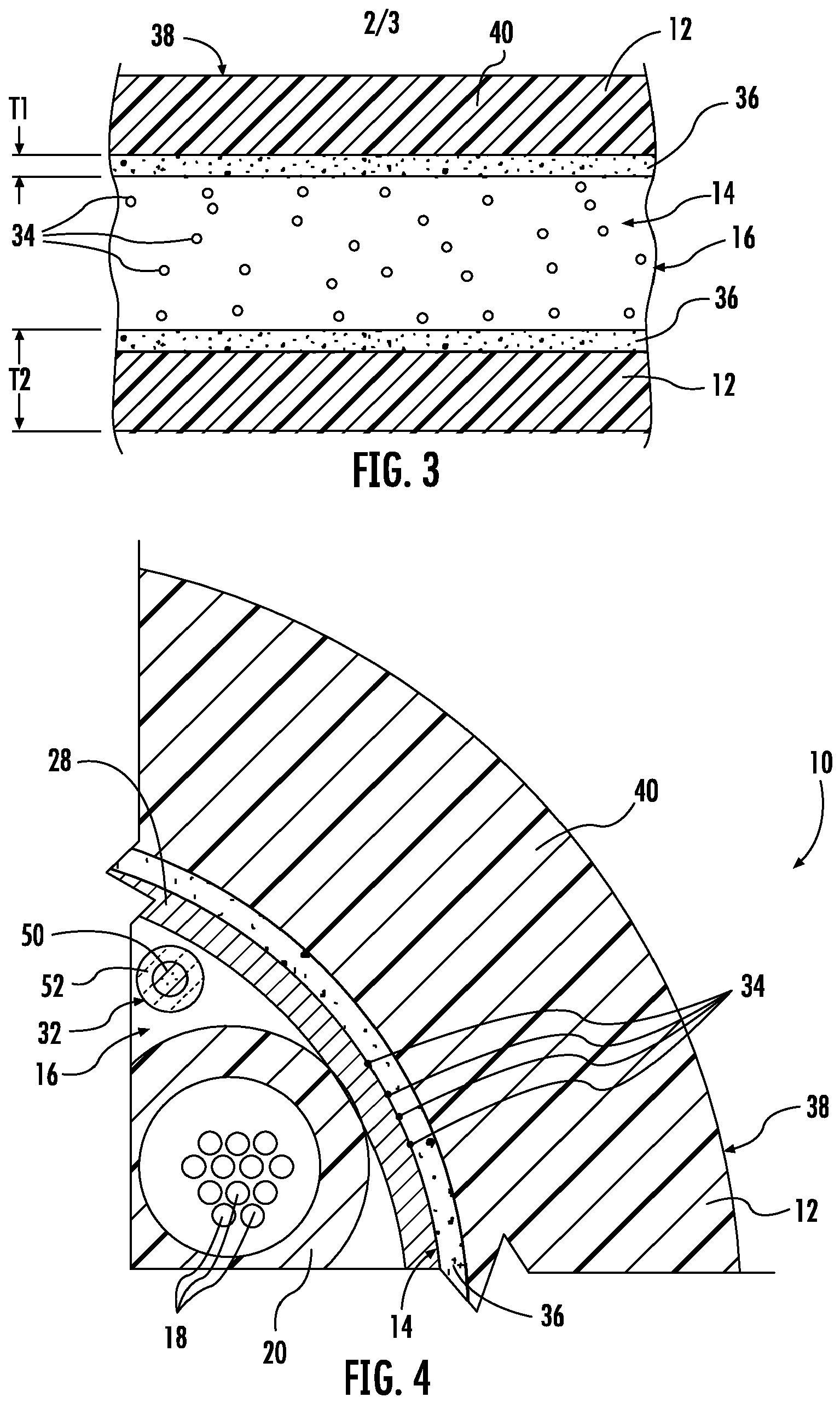 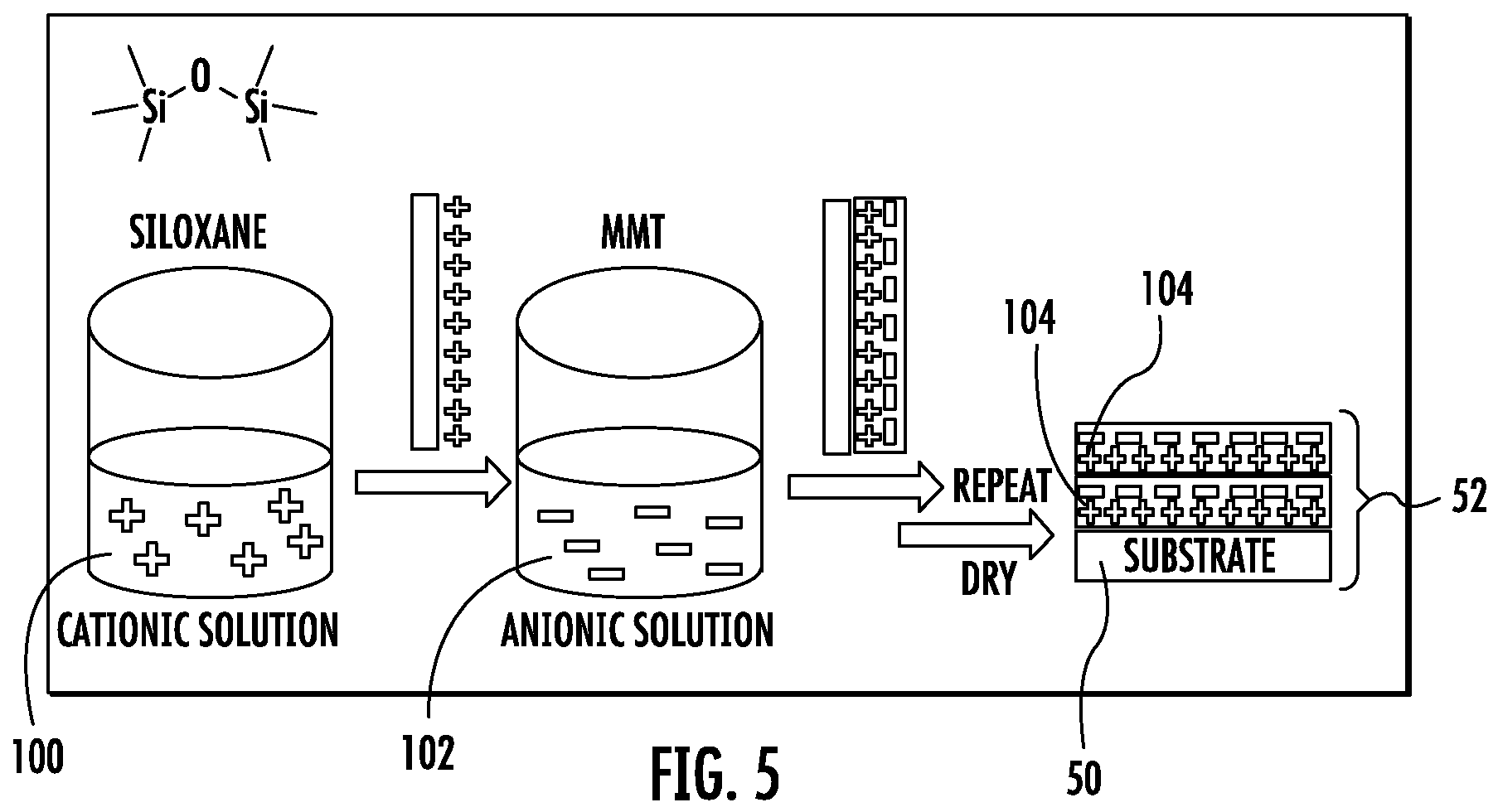