[0001] The present invention relates to the field of field emission lighting, and specifically to a method for manufacturing ZnO nanostructures for a field emission cathode.

[0002] The technology used in modern energy saving lighting devices uses mercury as one of the active components. As mercury harms the environment, extensive research is done to overcome the complicated technical difficulties associated with energy saving, mercury-free lighting.
[0003] An approach used for solving this problem is to use field emission light source technology. Field emission is a phenomenon which occurs when a very high electric field is applied to the surface of a conducting material. This field will give electrons enough energy such that the electrons are emitted (into vacuum) from the material.
[0004] In prior art devices, a cathode is arranged in an evacuated chamber, having for example glass walls, wherein the chamber on its inside is coated with an electrically conductive anode layer. Furthermore, a light emitting layer is deposited on the anode. When a high enough potential difference is applied between the cathode and the anode thereby creating high enough electrical field strength, electrons are emitted from the cathode and accelerated towards the anode. As the electrons strike the light emitting layer, typically comprising a light powder such as a phosphor material, the light powder will emit photons. This process is referred to as cathodoluminescence.
[0005] One example of a light source applying field emission light source technology is disclosed in EP1709665. EP1709665 disclose a bulb shaped light source comprising a centrally arranged field emission cathode, further comprising an anode layer arranged on an inside surface of a glass bulb enclosing the field emission cathode. The disclosed field emission light source allows for omnidirectional emission of light, which for example is useful in relation to a retrofit light source implementation.
[0006] Even though the EP1709665 shows a promising approach to a mercury free light source, the cathode structure used is relatively basic, specifically for achieving a high level of uniformity in regards to light emission. There is thus a desire to improve upon the cathode structure, thereby improving the overall impression of light emitted from the field emission light source. In addition, there is also a desire to present improvements in regards to a manufacturing method used for forming such a cathode, in particular concerning uniformity, controllability and repeatability.
[0007] US 2014/0346976 A1 and US 2007/0284573 A1 disclose methods of forming a plurality of ZnO nanostructures for a field emission cathode, by means of a growing step based on the provision of a growth solution comprising a Zn-based growth agent and a heating process.

[0023] These and other aspects of the present invention will now be described in more detail with reference to the appended drawings showing an example embodiment of the invention, wherein:

Fig. 1 outlines the general steps of a method according to an embodiment of the invention;

Fig. 2 schematically illustrates general steps of a method according to an embodiment of the invention;

Fig. 3 is a diagram schematically illustrating the pH value as a function of time for a method according to an embodiment of the invention;

Fig. 4 is a diagram schematically illustrating the temperature as a function of time for a method according to an embodiment of the invention;

Fig. 6 is a schematic diagram of a lighting arrangement and

Fig. 7 is a schematic diagram of a lighting arrangement.

Detailed Description of Preferred Embodiments of the Invention

[0024] In the present detailed description, various embodiments of a method for forming a cathode structure according to the present invention are mainly discussed with reference to a cathode structure comprising ZnO nanostructures suitable for use as field emitters. Like reference characters refer to like elements throughout.
[0025] Fig. 1 schematically outlines the method for forming a plurality of ZnO nanostructures according to an embodiment of the invention. Some of the method steps of Fig. 1 will further be schematically illustrated in Fig 2. The method will mainly be discussed with reference to ZnO nanorods used as an illustrative example. Moreover, Fig. 3 is a diagram illustrating the pH value of the growth solution as a function of time throughout the process.
[0026] In a first step 100, a growth substrate 200 is provided. The growth substrate 200 may for example be a conventional silicon chip or wafer. The substrate may also be glass, glass/ITO a metal substrate, or a substrate having a metal coating layer. A substrate can be used which comprises a reflecting surface, such as a metal or polished metal. A substrate having a reflective surface can add to the overall light extraction efficiency of a field emission light source. In practice it is inevitable that some of the generated light will be emitted towards the substrate. Through use of a reflecting surface, at least a portion of this light can be reflected in a direction so that it leaves the light source. Moreover, the growth substrate may also be a wire, a mesh, a grid or a 3D structure.
[0027] Next 102, the substrate 200 is provided in a growth solution comprising a growth agent.
[0028] The method is based on a growth agent in the form of a zinc salt precursor such as (Zn(Ac)2 (zinc acetate), Zn(NO3)2 (zinc nitrate), or ZnCl2 (zinc chloride)) and also HMTA (hexamethylenetetramine). The overall process is based on a complex interplay between various reactions occurring on the growth substrate and in the growth solution and preferably during a temperature cycle from room temperature, up to 90°C, and at the end at a somewhat lower temperature. Basically all reactions occurring during the growth are strongly pH dependent and the critical steps during the growth of the ZnO can be identified and controlled by monitoring and controlling the pH of the growth solution. The major coupled pH dependent reactions are summarized below:

1. A method of forming a plurality of ZnO nanostructures (204) for a field emission cathode, the method comprising the steps of:

- growing said nanostructures for a predetermined growth-time; and 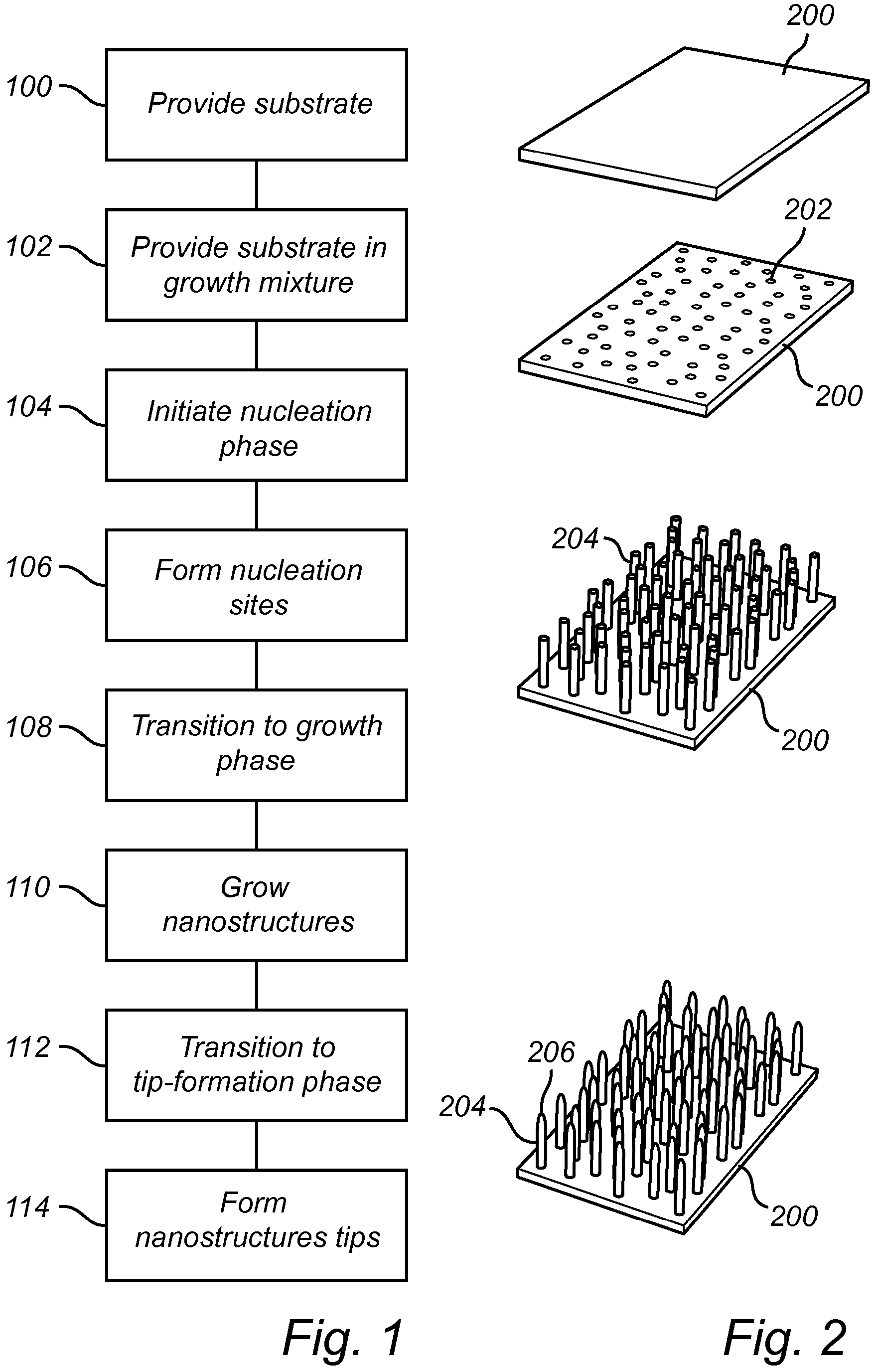 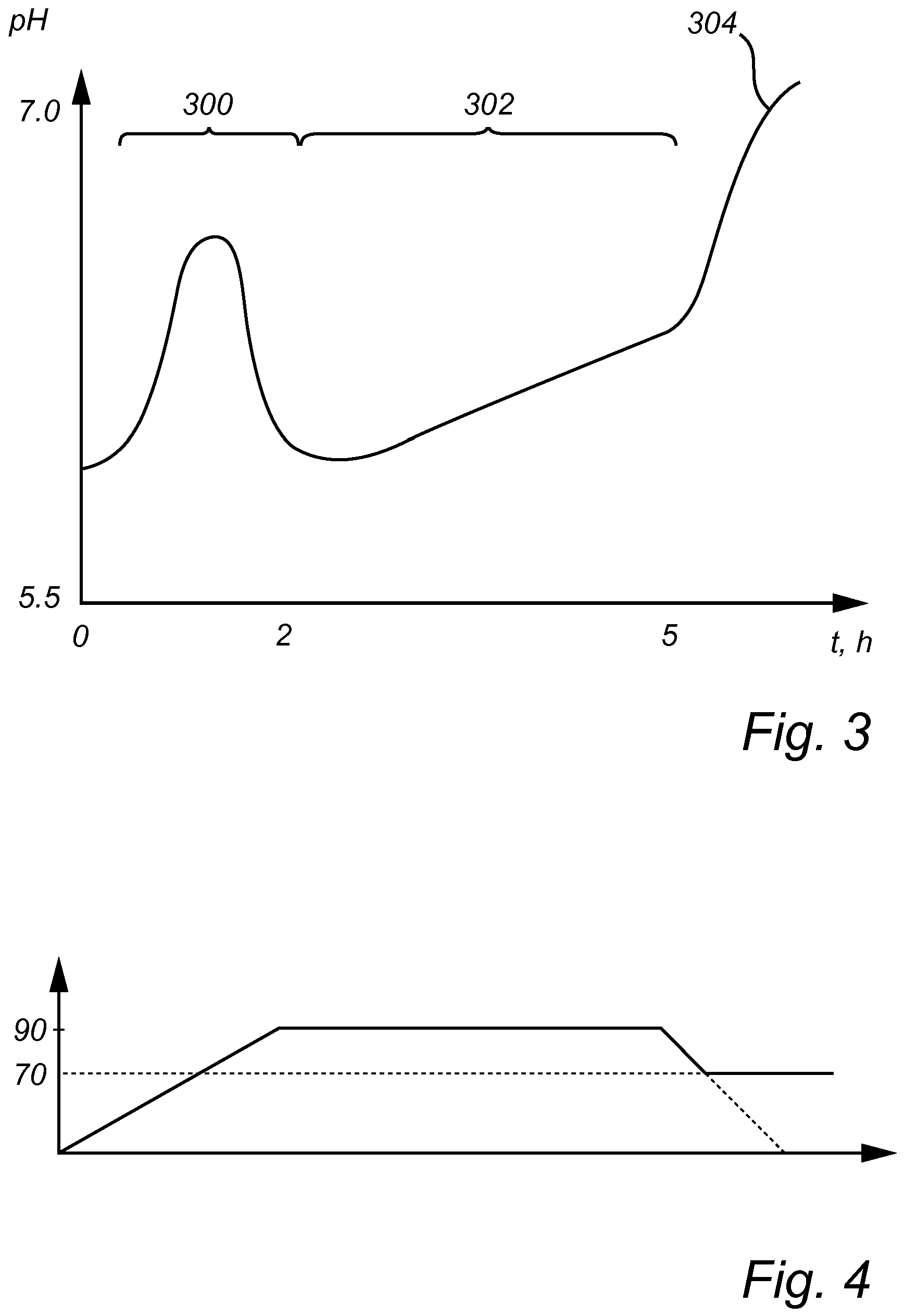 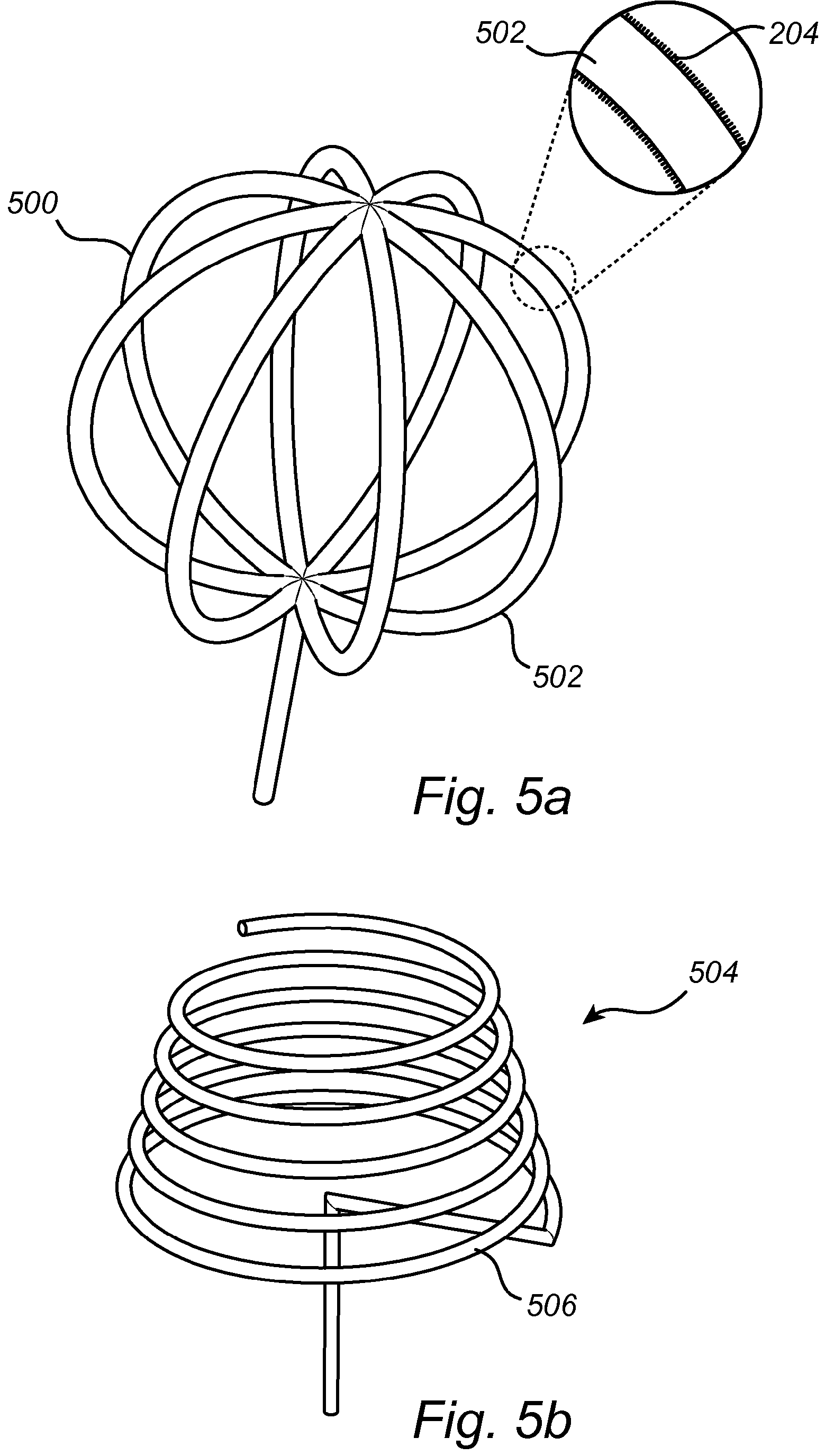 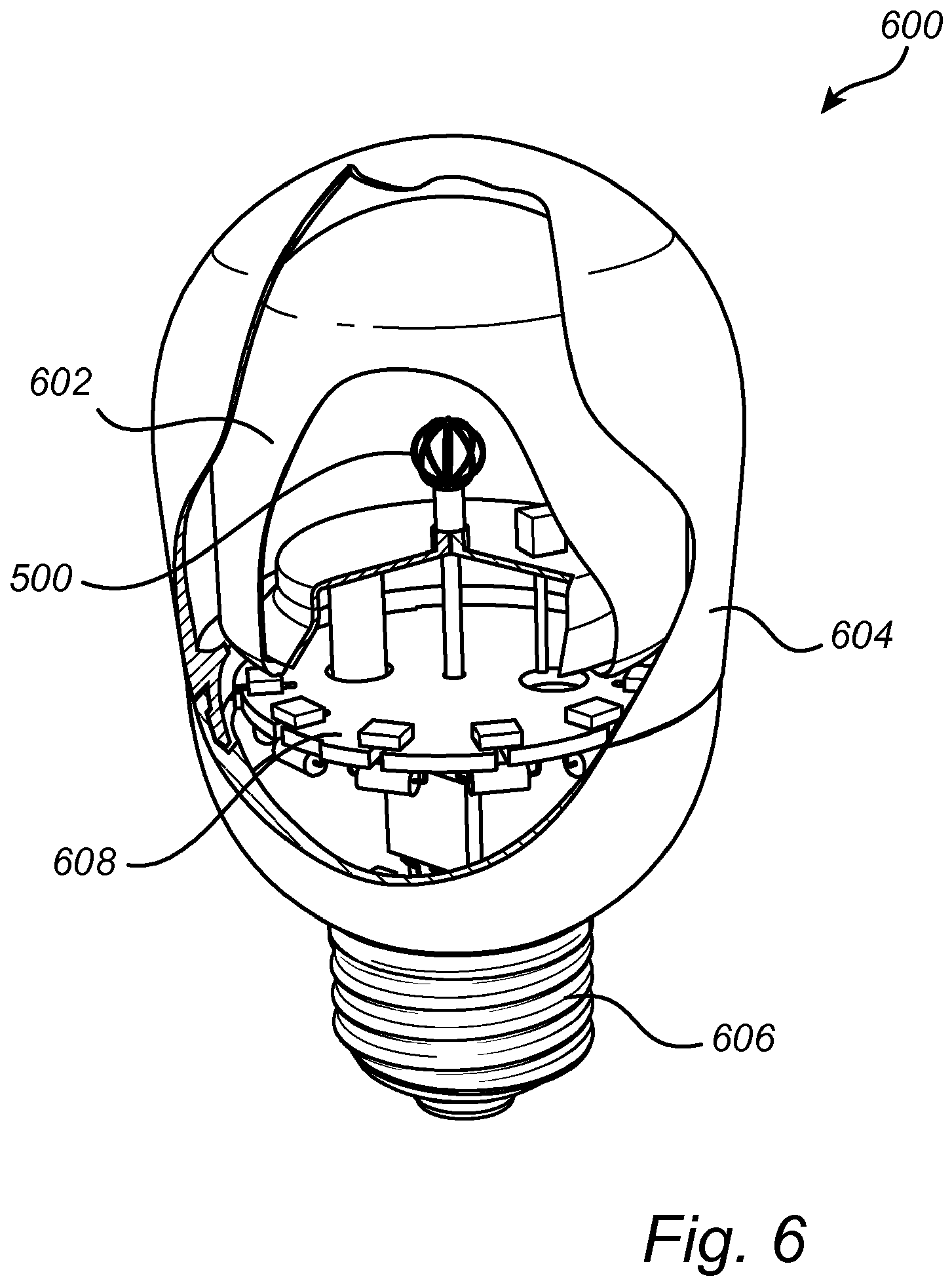 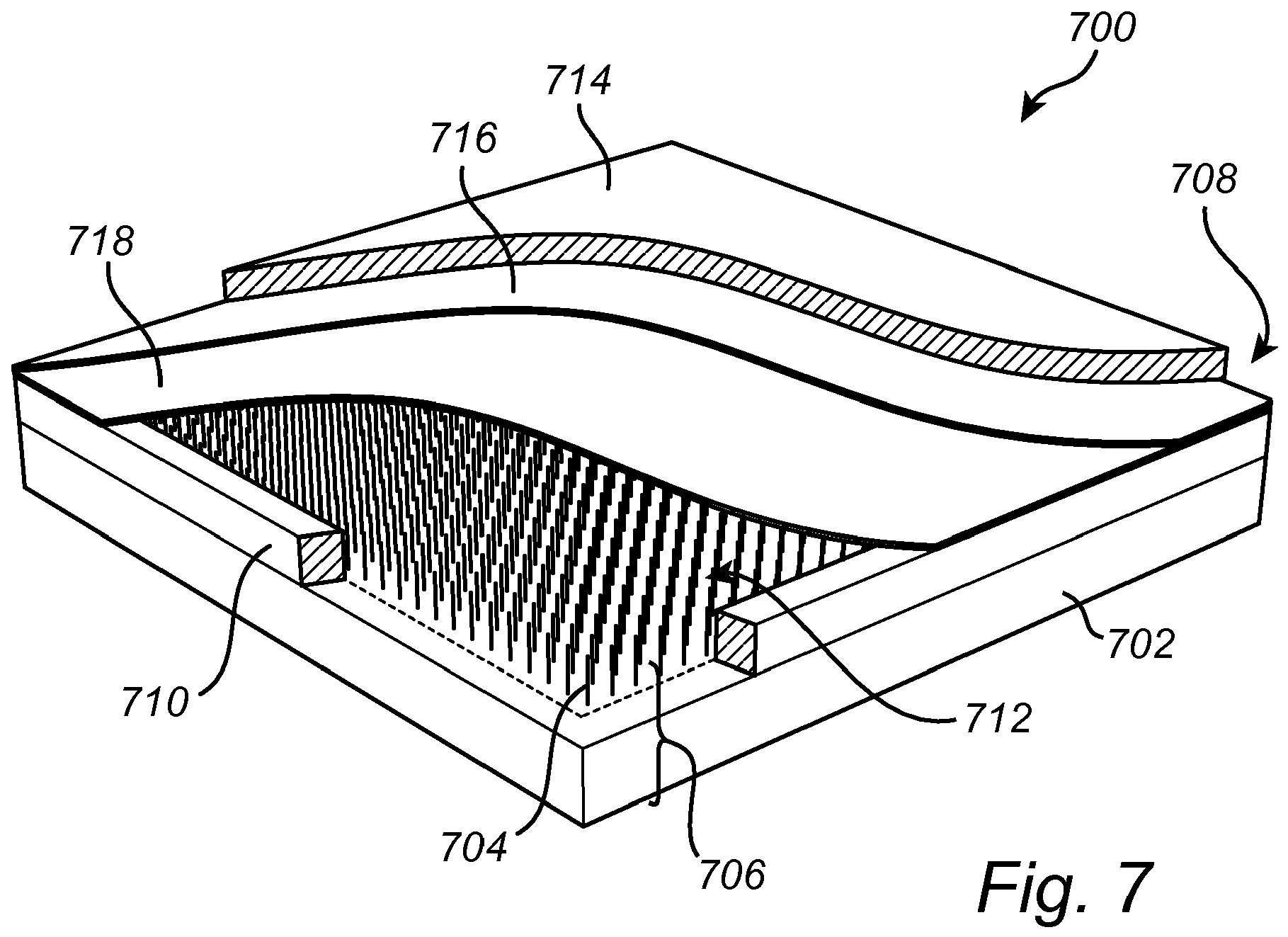