[0001] Sensors for sensing characteristics of fuel on high technology systems, such as aircraft, are becoming increasingly complex. As an example, it is known to have fuel height sensors, fuel dielectric sensors, temperature sensors, point level sensors to provide a level warning (such as low or high), and ultrasonic sensors to measure a density of fuel.
[0002] US 2009/234597 discloses an integrated sensor for a fuel system.
[0003] In the prior art, these sensors were all mounted individually and electrical connections (wires) had to extend between them and the interface electronics to communicate appropriate signals. US 2010/251816 A1 relates to a fuel gauging system utilizing a digital fuel gauging probe. US 5187979 A relates to a multi-sensor probe assembly for a fuel storage system.

[0004] The present invention provides an integrated sensor assembly according to claim 1.
[0005] These and other features may be best understood from the following drawings and specification.

Figure 1 is a schematic of a combined fuel characteristic sensor.

Figure 2 shows a sub-circuit within the Figure 1 integrated sensor.

Figure 3A is a first perspective view of the integrated sensors.

Figure 3B is a cross-sectional view through a portion of the integrated sensors. 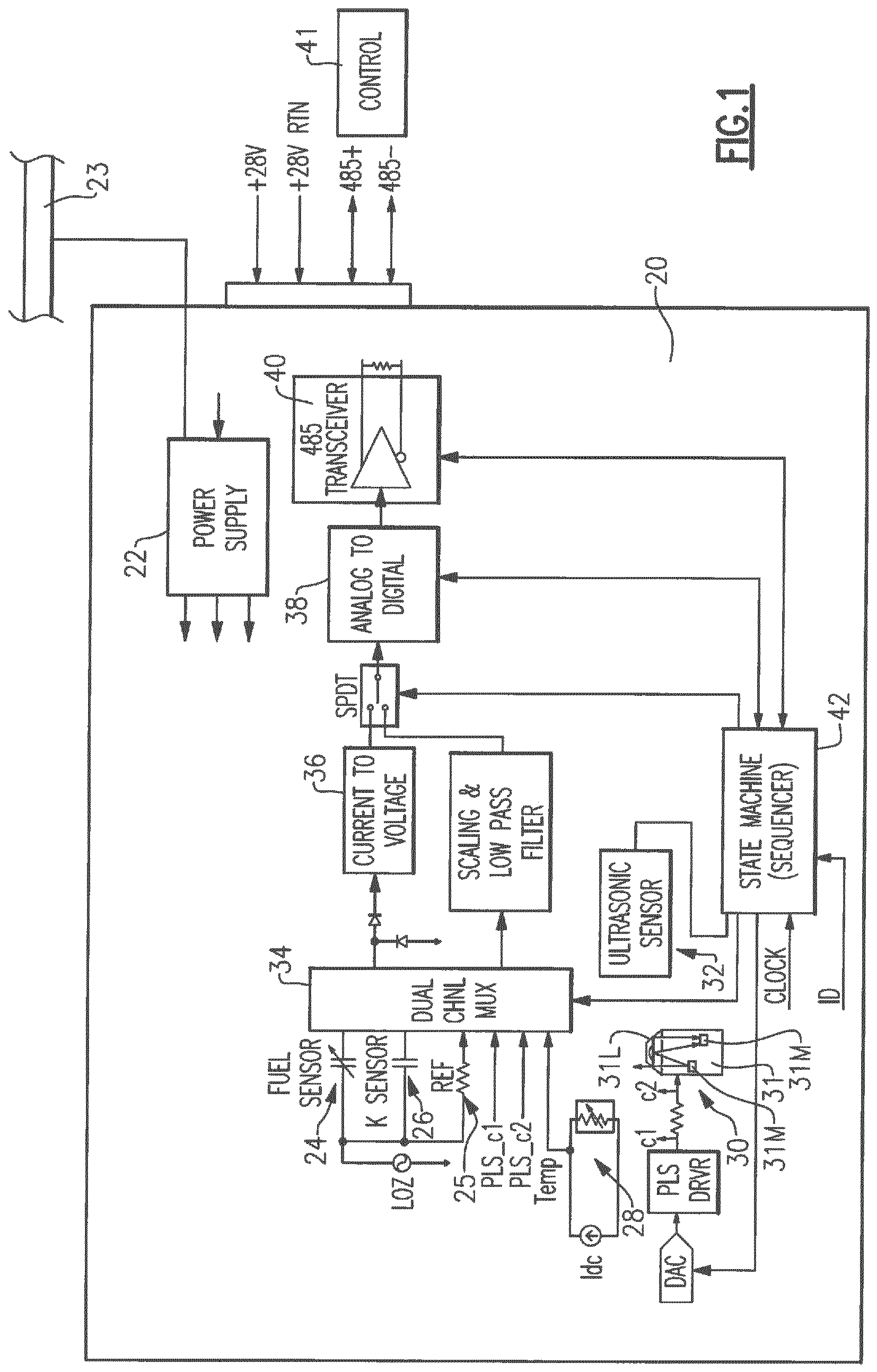 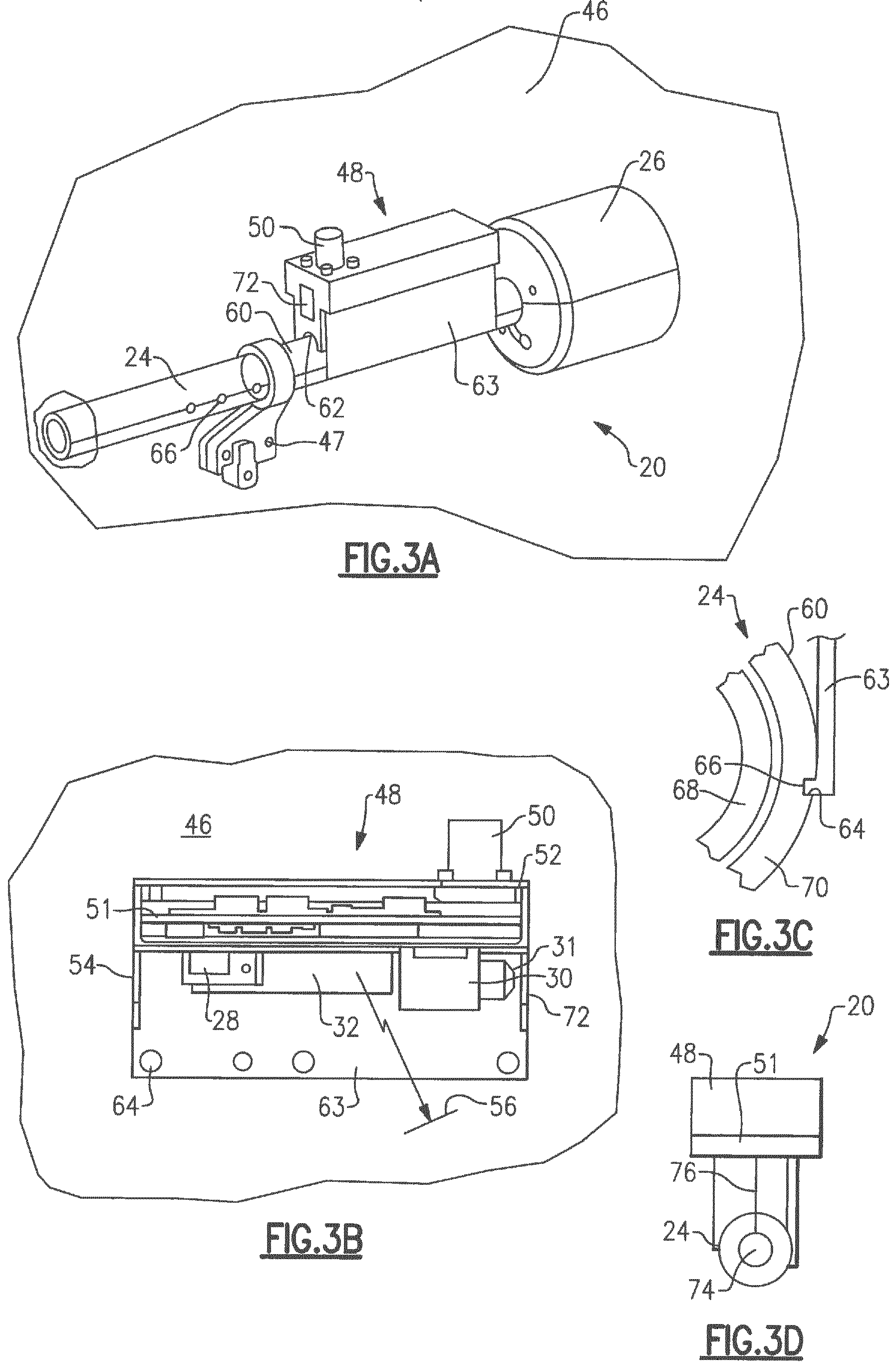