[0001] The present invention relates, in embodiments, to an implantable device comprising an autonomously supplied mechanical actuator: for example, but not exclusively, an orthopedic distractor comprising an electrical motor in a hermetic capsule and a biocompatible transmission system arranged for bidirectional displacement of bones or skeletal elements.

[0002] Orthopedic distractors find application in the therapy of a plurality of diseases and malformations, in particular, but not exclusively, in the extension of long bones, but also in the surgical therapy of the spine, the jawbone, or other skeletal districts. Such techniques employ external distractor devices fixed on the bone and, more and more, internal devices that are fully implanted in the body, for example centromedullary distractor nails for the extension of long bones, jack distractors for the spine therapy, and other specialized forms of active implants.
[0003] FR2961386 describes for example a centromedullary nail that can be operated by a magnetic transmission, while US200629683 relates to a distractor driving a lead-screw device. WO9100065 also describes a similar device.
[0004] A problem common to these devices is that of ensuring the biocompatibility of the implant containing electric motors. These devices include in fact several materials, for example control electronics, rare-earth magnets, electric windings and magnetic circuits that must not enter in contact with body tissues. The same limitations apply also to the battery used for the energy supply. US6245075 describes a distractor with an internal or external power supply, and in which the distraction action is ensured by a hydraulic actuator. Other similar solutions are known by US5626581 and US6416516
[0005] US7753915 describes a centromedullary nail with a magnetic rotor that is driven in rotation by a rotating magnetic field generated by coils external to the body and US2004023623 describes a distractor in which the electric motor is not implanted, but external to the body, and the motion is magnetically transmitted to an internal actuator. These devices solve the problem of enclosing the potentially non-compatible components, but are not fully contained in the body, and require a relatively bulky external part that can be a nuisance for the patient.
[0006] Other forms of implantable devices comprising electromechanical actuators are also known, for example in the form of implantable pumps for drug delivery. In these devices as well as in the electromechanical distractors separation of the electric motor, electronic units and battery pack from the body tissues is of paramount importance.
[0007] WO2010/061391 discloses an automatic distractor for adjusting alveolar ridge elevation or expansion distraction gap in a patient, wherein a motor and a reduction gear are enclosed in a sealed cylinder.

Short summary of the invention

[0008] It is therefore an aim of the present invention to provide a biocompatible implantable device that comprises a mechanical actuator and can operate without relying on external elements or power sources.
[0009] According to the invention, this goal is achieved by means of the object of the annexed claims, and in particular by means of an implantable device comprising a driving unit and a kinematic assembly joined together: the driving unit comprising an electric motor driving a first magnetic rotor; the kinematic assembly comprising a second magnetic rotor, magnetically coupled to said first magnetic rotor such that it can be rotationally driven by the motor, and an actuator driven by the second rotor, characterized by an hermetic capsule that encloses the driving unit, the electric motor, and the first rotor; and in that the second magnetic rotor is outside the hermetic capsule.

[0010] Examples of realization modes of the invention are indicated in the following description and illustrated by the drawings in which:

Examples of embodiments of the invention 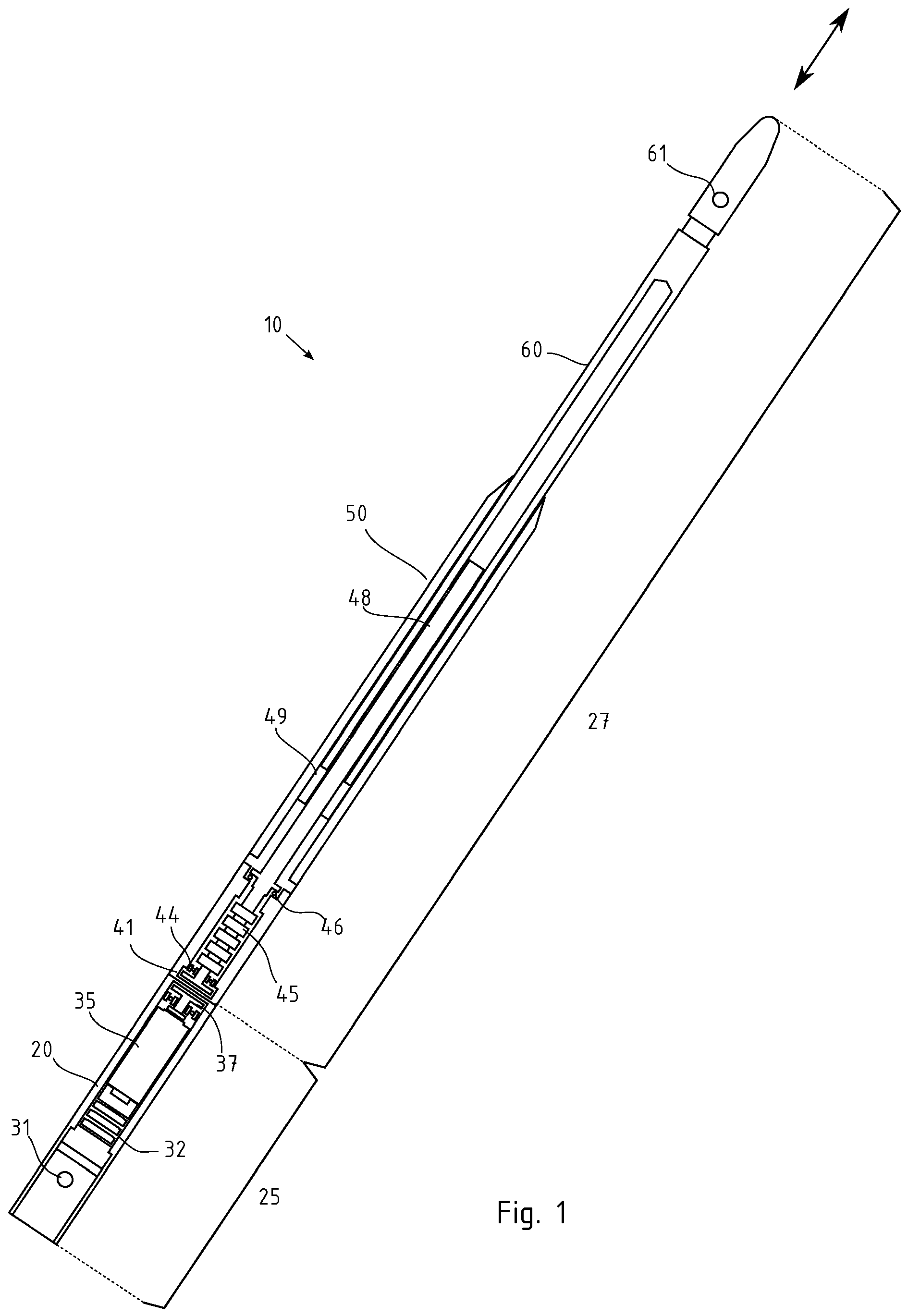 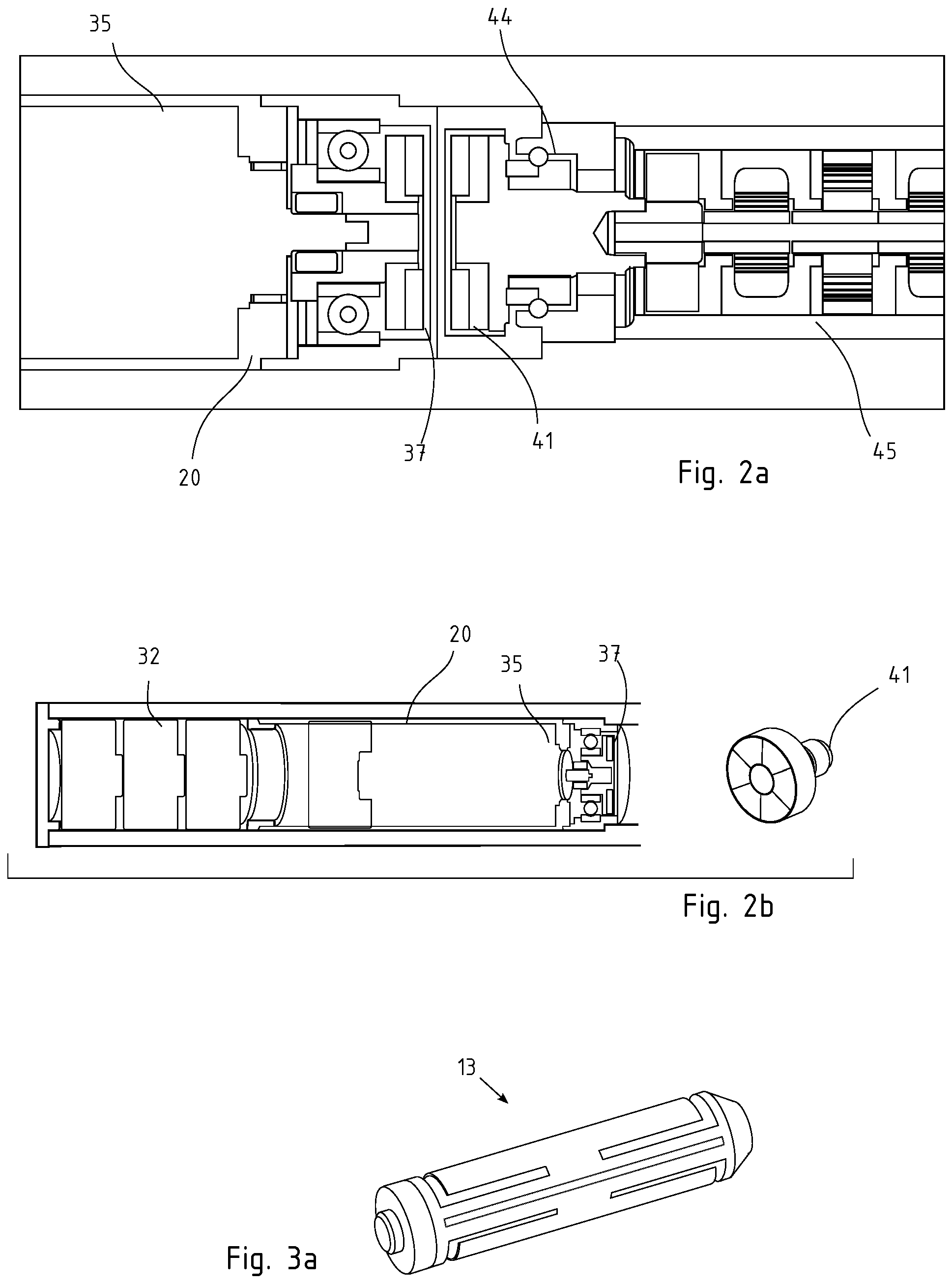 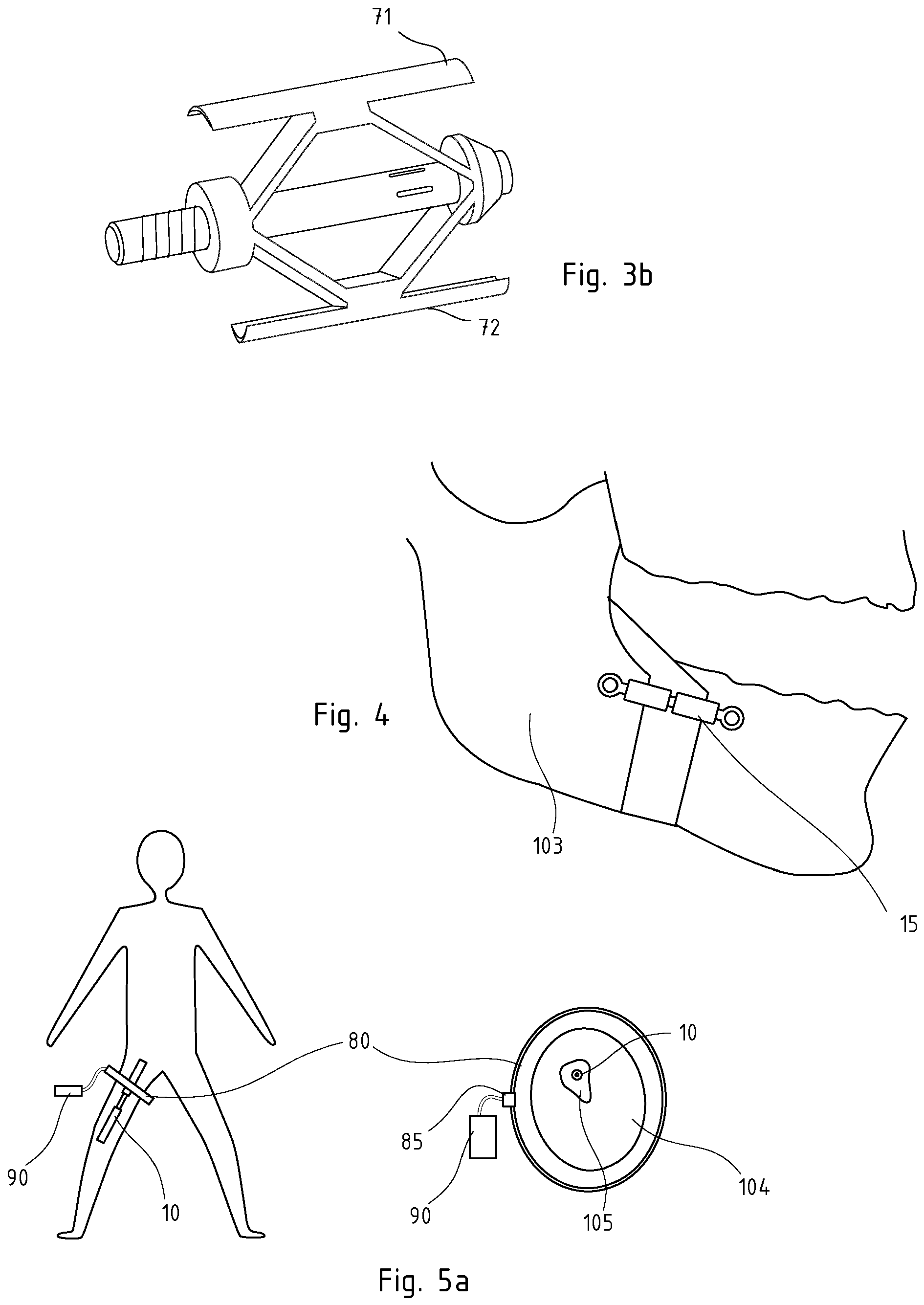 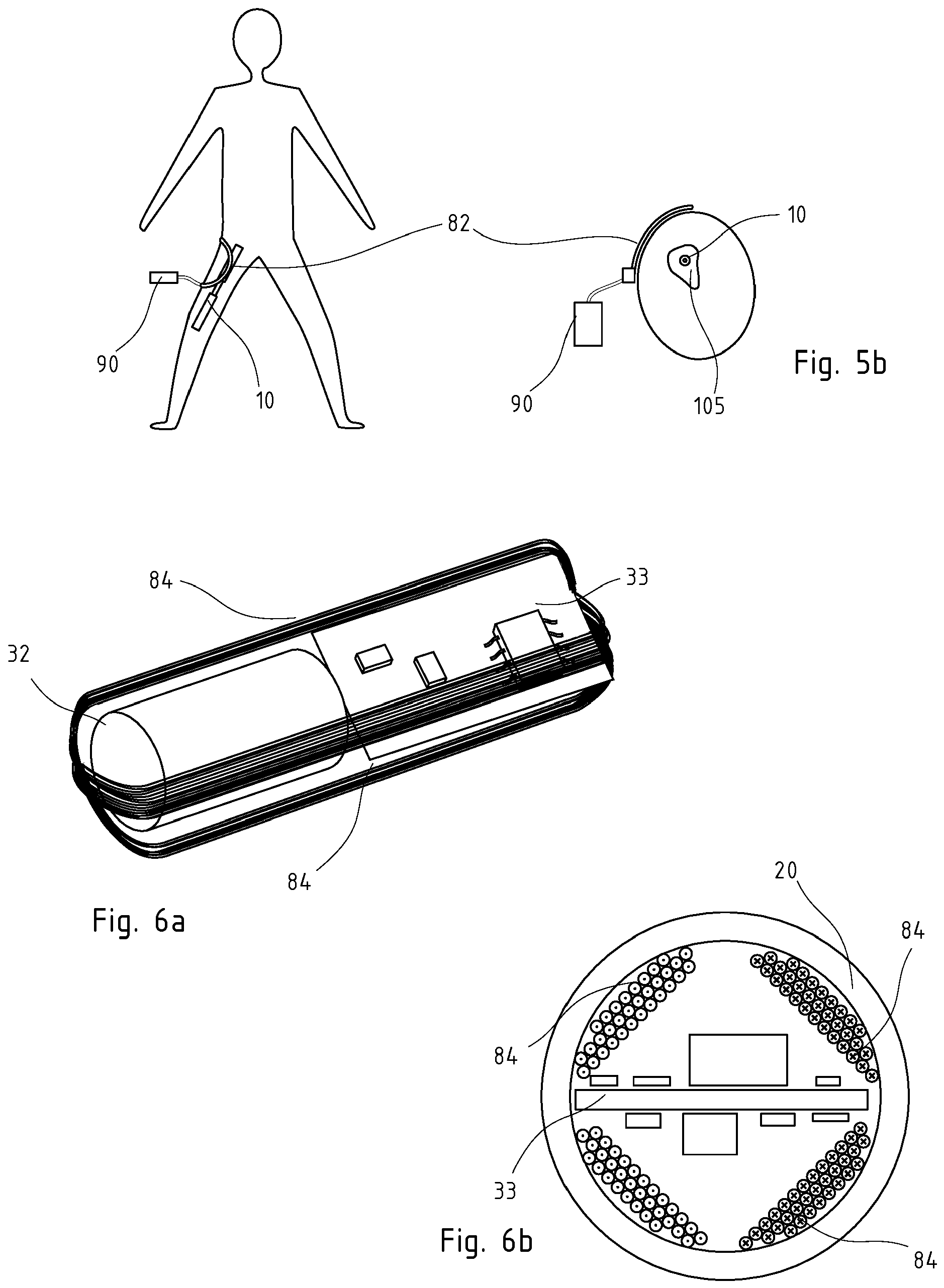 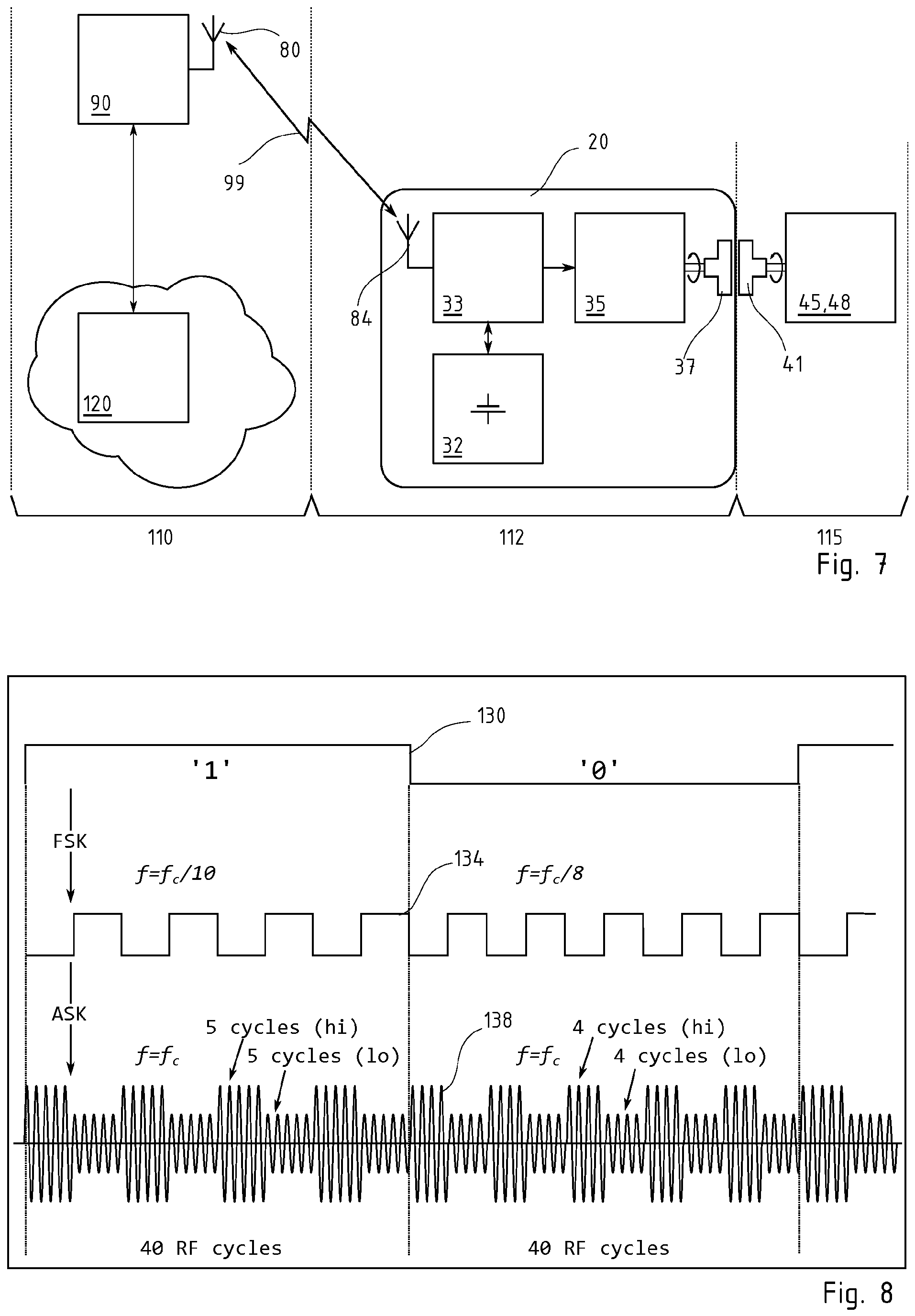 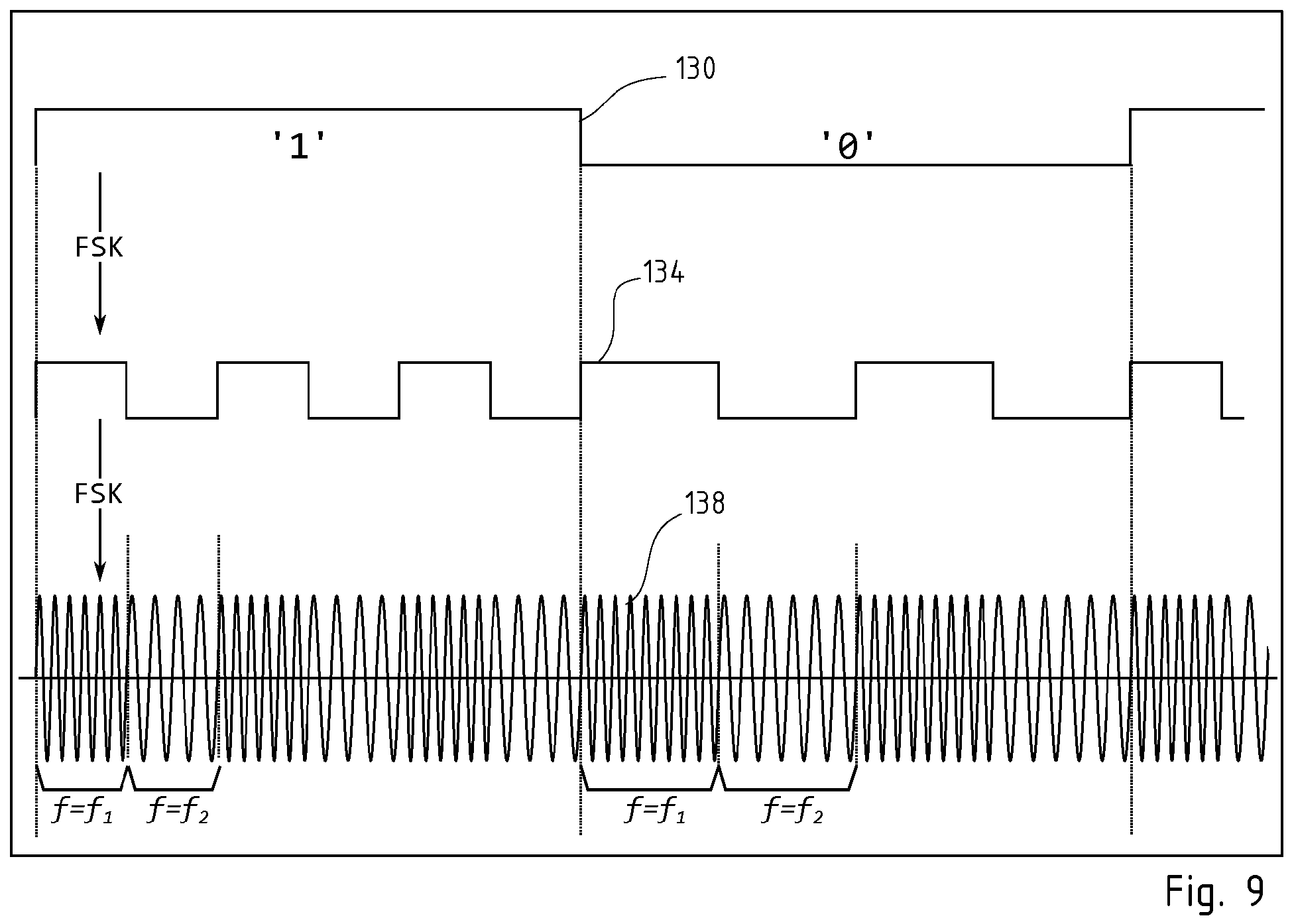