[0001] The present invention refers to an at least partially acoustically sealing element for retaining an in-the-ear hearing device or component thereof within an ear canal and to a method for producing the at least partially acoustically sealing element.
[0002] In particular the invention relates to acoustic sealing retainers for extended wear applications of hearing aids and hearing aid components. In such an application, the hearing aid is placed e.g. deep into the ear canal of a patient (∼4mm to the TM) and can remain there for a period of several weeks or even months without the need of taking out the device.
[0003] A schematic view of an extended wear hearing instrument (2) placed deep in the ear canal close to the tympanic membrane with the acoustic seals is shown in the attached figure 1.
[0004] Some generic requirements for extended wear sealing retainers are given in Table 1 below.
Table 1: Some generic requirements for extended wear sealing retainers.

Figure 1 shows in general a schematic view of an extended wear hearing instrument placed deep in the ear canal;

Figure 2 shows a cross-section of a typical steel for extended wear applications molded according to known methods in the art;

Figure 3 shows silicon earpieces and poyleruethane seals as known in the art;

Figure 4 shows a perspective view on a laboratory equipment for executing the thermoforming process;

Figure 5a + b show the thermoforming process using a laboratory equipment according to Fig. 4;

Figure 6 shows a schematic description of electrospinning (taken from [3]);

Figure 9 shows example of fiber structures manufactured by electrospinning, and

Figure 10 shows a schematic view of an ear piece according to the present invention manufactured by thermoforming.

[0056] In figure 9 examples of fibrous structures are shown. As shown in the three examples membranes and sheets, realized e.g. by electrospinning, are stochastic depositions of fibrous structures in the micrometer and nanometer scale.
[0057] Furthermore, one significant feature that can be easily realized with e.g. the described electrospinning approach, is a controlled combination of different materials and porosities.
[0058] By calendering the properties of individually manufactured textiles can be amalgamated in one single sheet of textile. By this a sandwich-like structure can be achieved where the material properties can be varied along its cross-section. As example it would be feasible to have a sandwich-like structure with a smooth non-porous outer layer hindering cell adhesion and providing good acoustic attenuation and a highly porous inner layer allowing for a high moisture and gas permeability. A schematic drawing of such a sandwich-like structure is shown in Figure 10.
[0059] The figure shows an earpiece made by electrospinning and thermoforming that consists of three different layers. Those layers can be different in density/porosity, thickness and material combination for different functional features as described in table 3. The schematic view of an ear piece manufactured by electrospinning and thermoforming as shown in figure 10 shows a three-layer design. The outer layer 41 consists e.g. of a hydrophobic and bio compatible material, with a smooth surface with low porosity, which is skin compatible. The core layer 43 should be compressible and include a so called pillow-effect. In other words, the in between or core layer 43 could be made out of a thermoformed fabric or a foam, such as e.g. a polyurethane foam. The inner layer 45 should have an acoustically high absorption, which means, should include acoustic damping properties. For the production of the woven, non-woven, knitted or fleece-like fabric to be used in connection with the sealing elements, any method known in the art is possible in combination with the thermoforming process as proposed according to the present invention.
[0060] The great advantage of the seals as proposed within the present invention is that they comprise at least one layer which is a woven, non-woven, knitted or fibrous-web as proposed in one of the claims.
[0061] Compared to the state of the art where different layers of material with different properties are either combined by laminating layers together as described in US6310961 or by applying a coating e.g. by dipping an earpiece into a polymer solution as described in US07580537 the present invention offers a far more flexible approach in combining materials and structures during the manufacturing of an earpiece.
[0062] The great advantage of an ear piece or acoustic sealing retainer as proposed according to the present invention allow unique features for optimal wearing comfort and patient safety for future ear pieces due to the tailored material properties. Furthermore, the manufacturing costs are lower because of low process variability, higher yield better process control and more in line manufacturability.
[0063] The proposed material and processing method can also be used for other hearing instrument components, such as non-custom ear pieces for high power fittings. 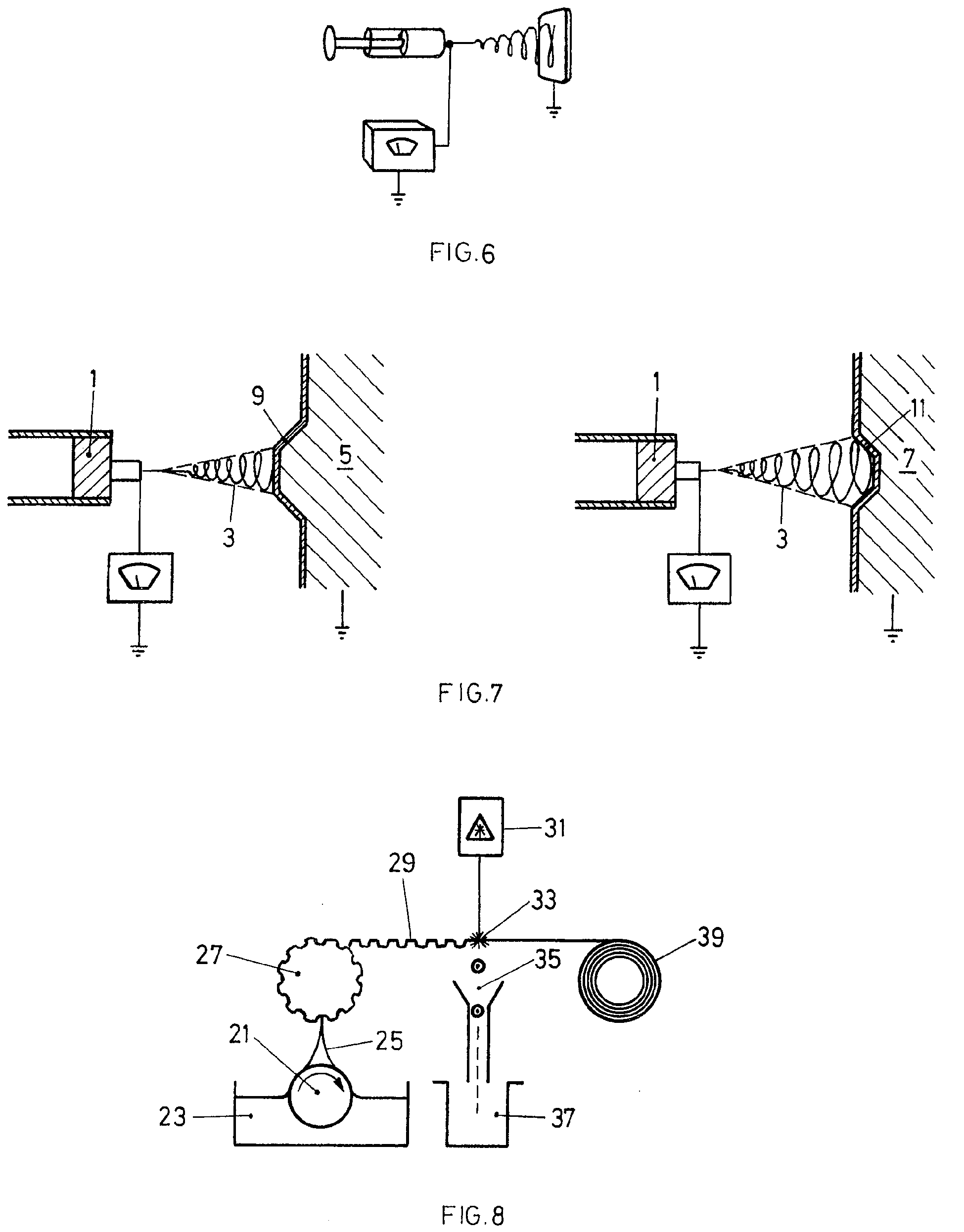 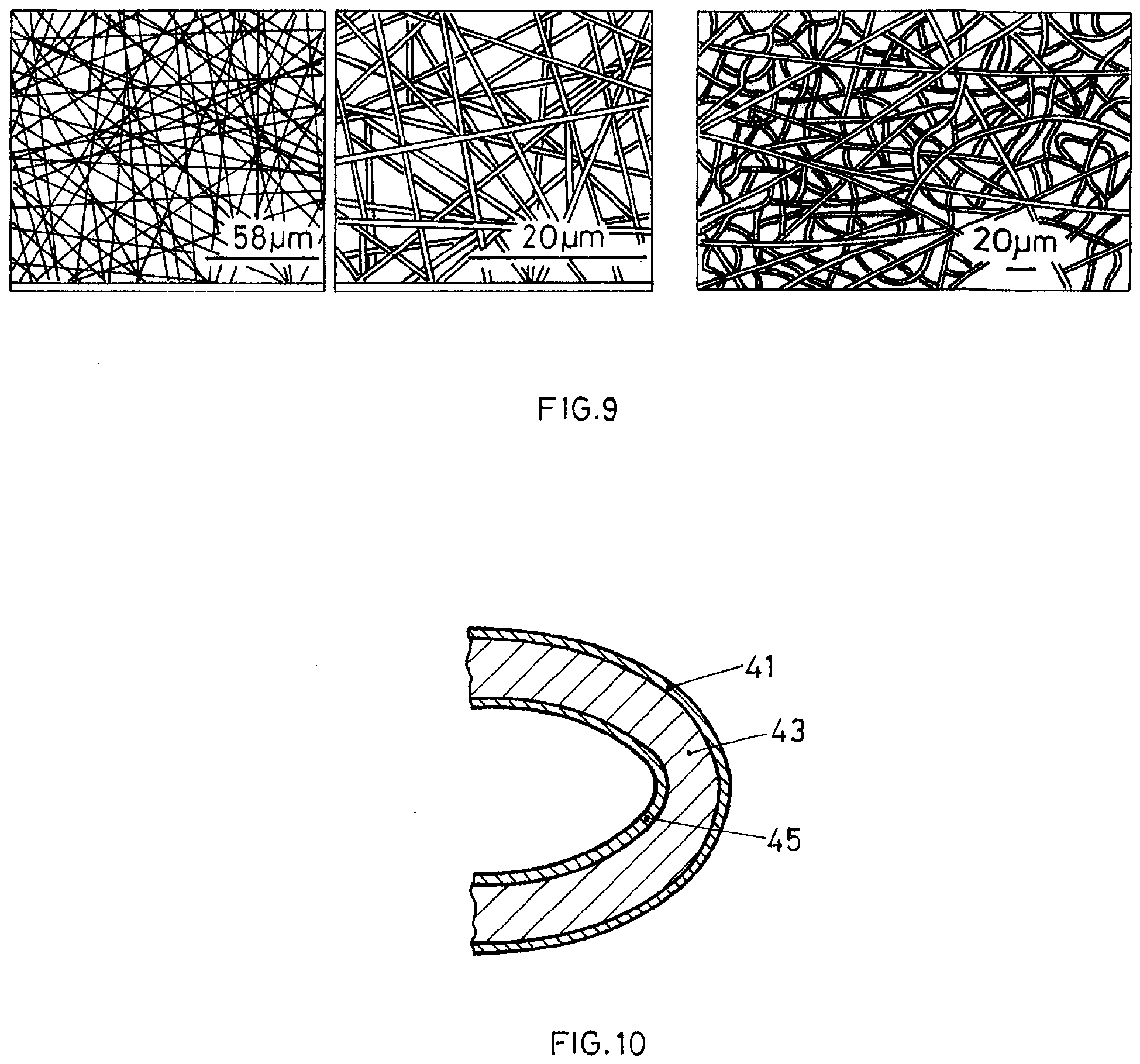