Figure 1 is a perspective view of a potted fuse capsule in accordance with the invention;

Figure 2 is a perspective view of a fuseholder module in accordance with the invention, containing in this example six of the fuse capsules of Figure 1;

Figure 3 is a part-sectioned side view of the fuseholder module of Figure 1 incorporated into a subsea housing in accordance with a first embodiment of the invention;

Figure 4 is a side view of a subsea replaceable fuse assembly comprising the subsea housing of Figure 3 and a wet-mateable connector at the distal end of an oil-filled subsea cable emerging from the housing;

Figure 5 is a schematic side view of conductor elements within the wet-mateable connector of Figure 4, those elements being exemplified here as pins, showing how a fuse capsule is connected by a pair of wires to a pair of pins;

Figure 7 is a part-sectioned perspective view of a subsea plug and socket assembly usable in the second embodiment of the invention, the plug comprising a subsea housing for the fuseholder module of Figure 2 and having a wet-mateable connector that is cooperable with a complementary connector of the socket;

Figure 8 is a part-sectioned perspective view that corresponds to Figure 7 but shows the plug being inserted into the socket;

Figure 9 is a part-sectioned perspective view that corresponds to Figure 8 but shows the connectors of the plug and socket approaching engagement as the plug nears the base of the socket;

Figure 10 is a part-sectioned perspective view that corresponds to Figure 9 but shows the socket from underneath;

Figure 12 is a sectional side view that corresponds to Figure 11 but shows the connectors of the plug and socket now engaged as the plug reaches the base of the socket;

Figure 13 is a perspective view of a plug being a variant of the plug shown in Figures 7 to 12;

Figure 14 is an end view of the plug shown in Figure 13; and

Figure 15 is a sectional side view of the plug, taken on line A-A of Figure 14.

and in that the conductor elements (48) define a plug (62) for engagement with a socket (78) provided on the subsea electrical load to connect the plurality of fuses (12) electrically to the subsea load, and the fuse connector element (42) comprises a body having a recess (66) surrounded by a skirt (68), the recess housing the plug (62), such that when the plug (62) is engaged with a socket (78) on the subsea electrical load, the skirt (68) is received in a recess on the socket (78) to seal the recess (66) in the body of the fuse connector element (42).

3. The fuse assembly of Claim 2, wherein the cable (40) is filled with a dielectric liquid.

4. The fuse assembly of Claim 1, wherein the fuses (12) are contained in a fuseholder module (24) that is integral with the fuse connector element (42).

6. The fuse assembly of Claim 5, wherein the air in the fuseholder module (24) is at ambient pressure.

7. The fuse assembly of any of Claims 2 to 6, wherein the fuseholder module (24) is arranged to isolate the fuses (12) from water.

8. The fuse assembly of any preceding claim, wherein the fuse connector element (42) comprises a UUV handle (44) arranged to be grasped for manipulation by a UUV.

9. The fuse assembly of any preceding claim, wherein the fuses (12) are potted in a capsule (10).

11. The fuse assembly of Claim 10, wherein the subsea cable (40) comprises a bundle of cables, which cables electrically connect each of the plurality of fuses (12) to the conductor elements (48).

12. In combination, the fuse assembly of any of Claims 1 to 11 and a subsea electrical load that is electrically connected to corresponding conductor elements (48) of a complementary load connector element (42).

13. The combination of Claim 12, further comprising a subsea installation including the subsea electrical load.

14. A method of protecting a subsea electrical load, the method comprising connecting a plurality of fuses (12) to the load underwater in a wet-mating operation effected between connector elements(42) that are electrically connected, respectively, to the fuses (12) and to the load, characterised in that the connector element (42) comprises a plug (46) arranged in a recess (66) on a body of the connector element (42), the recess (66) being surrounded by a skirt (68), and in that the method further comprises inserting the plug (46) into a socket (48) on the load such that the skirt (68) engages with the socket (48) to seal the recess (66).

15. The method of Claim 14, comprising connecting the plurality of fuses (12) to the load underwater in a single wet-mating operation. 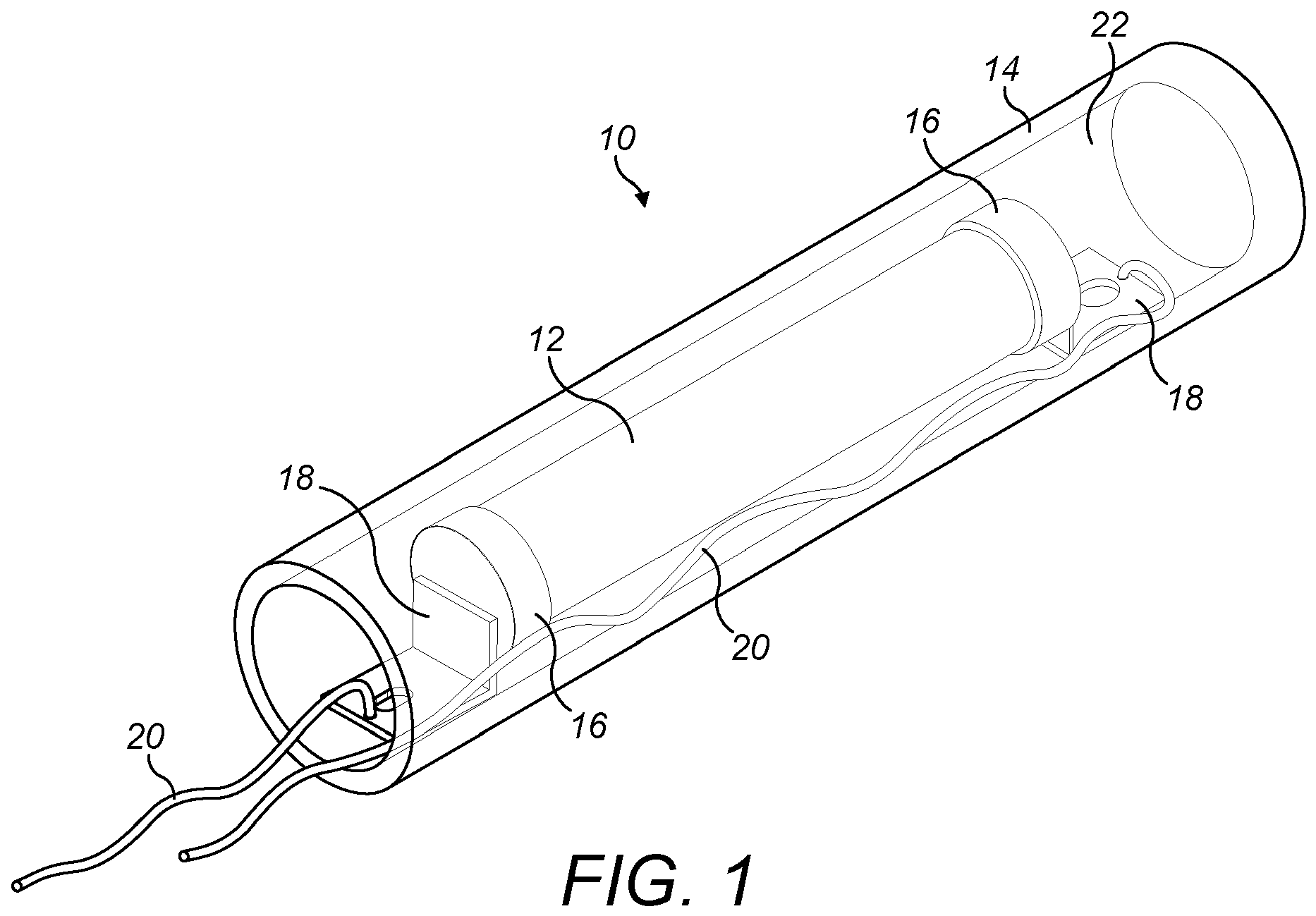 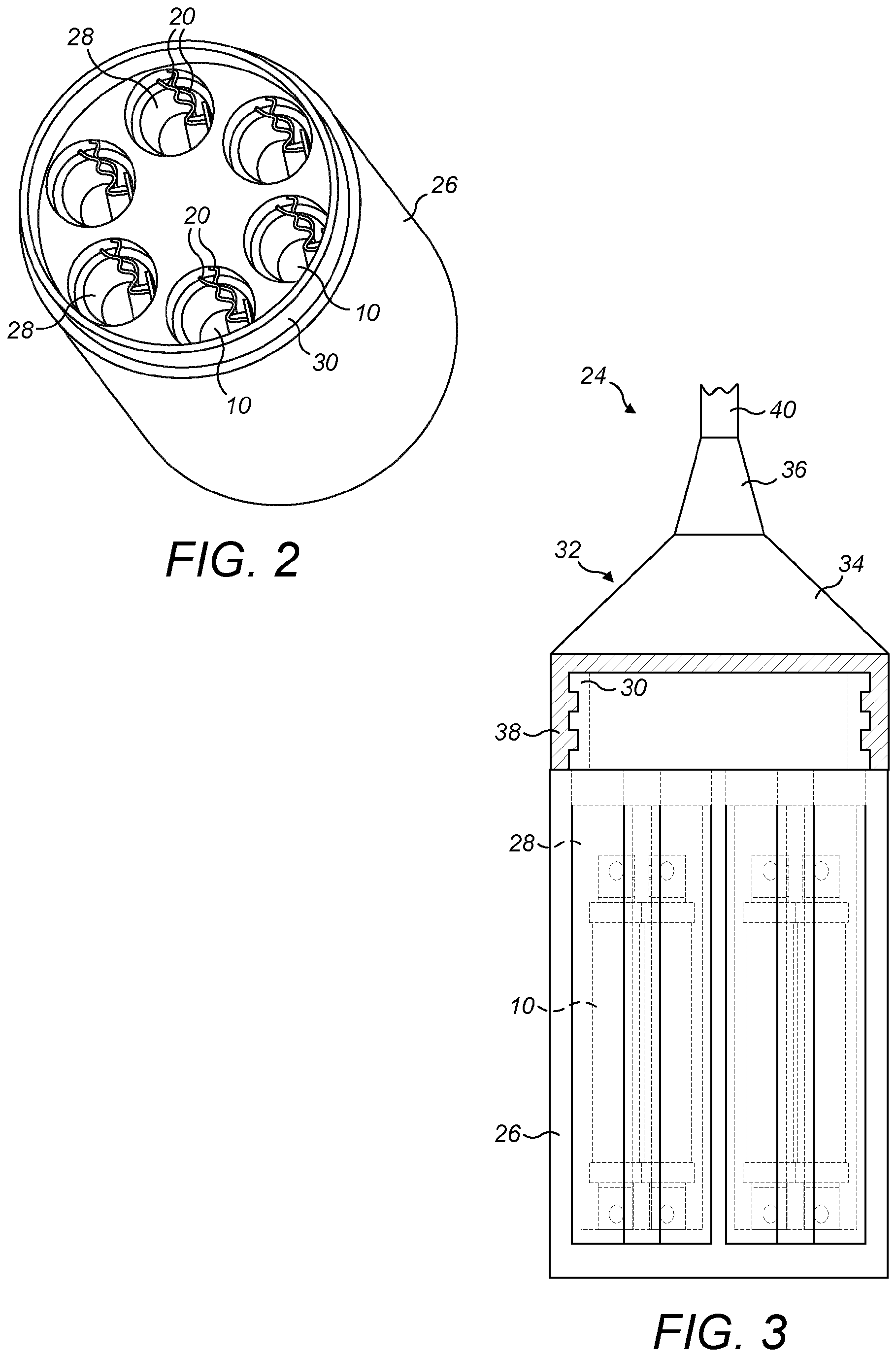 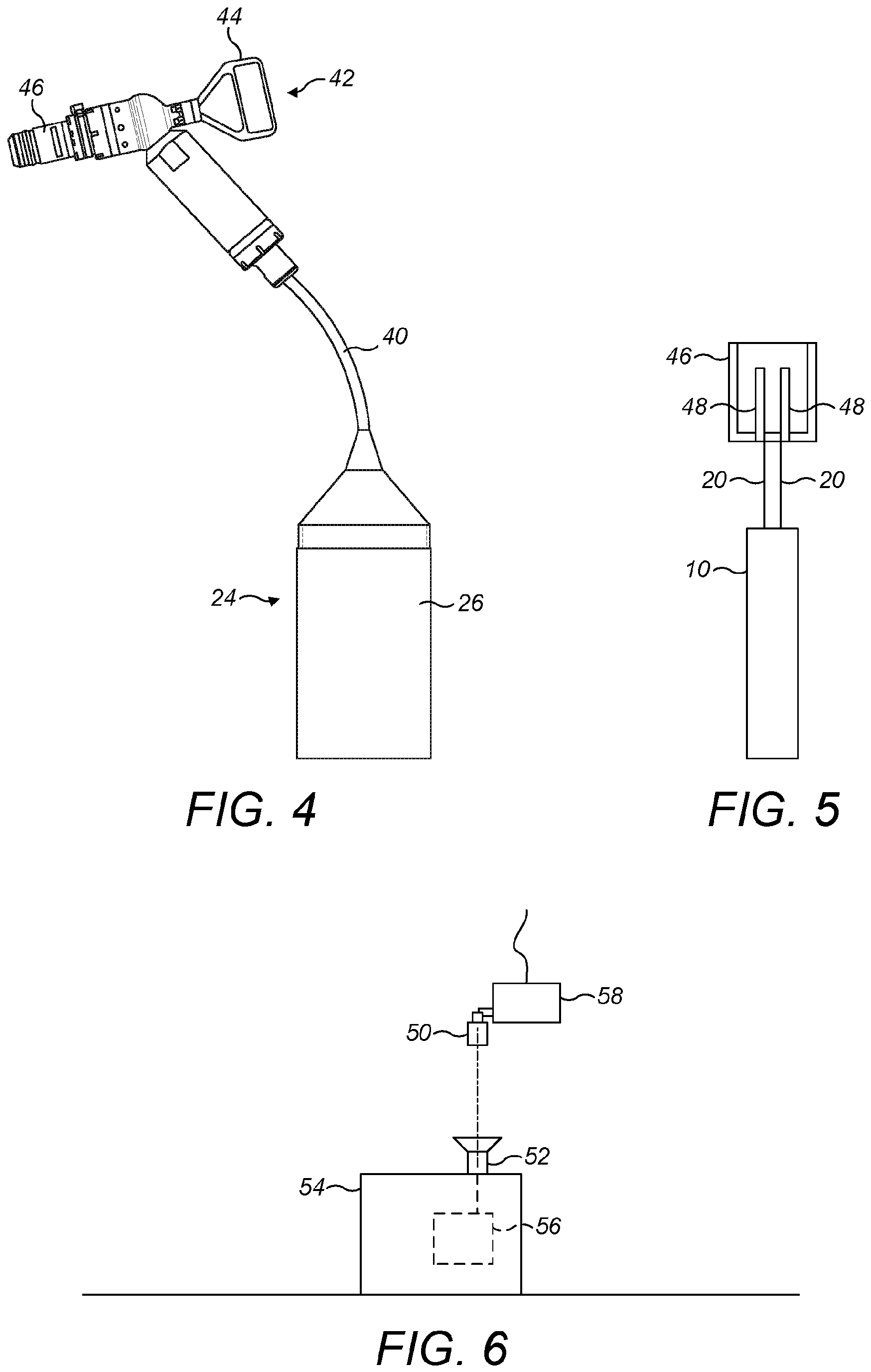 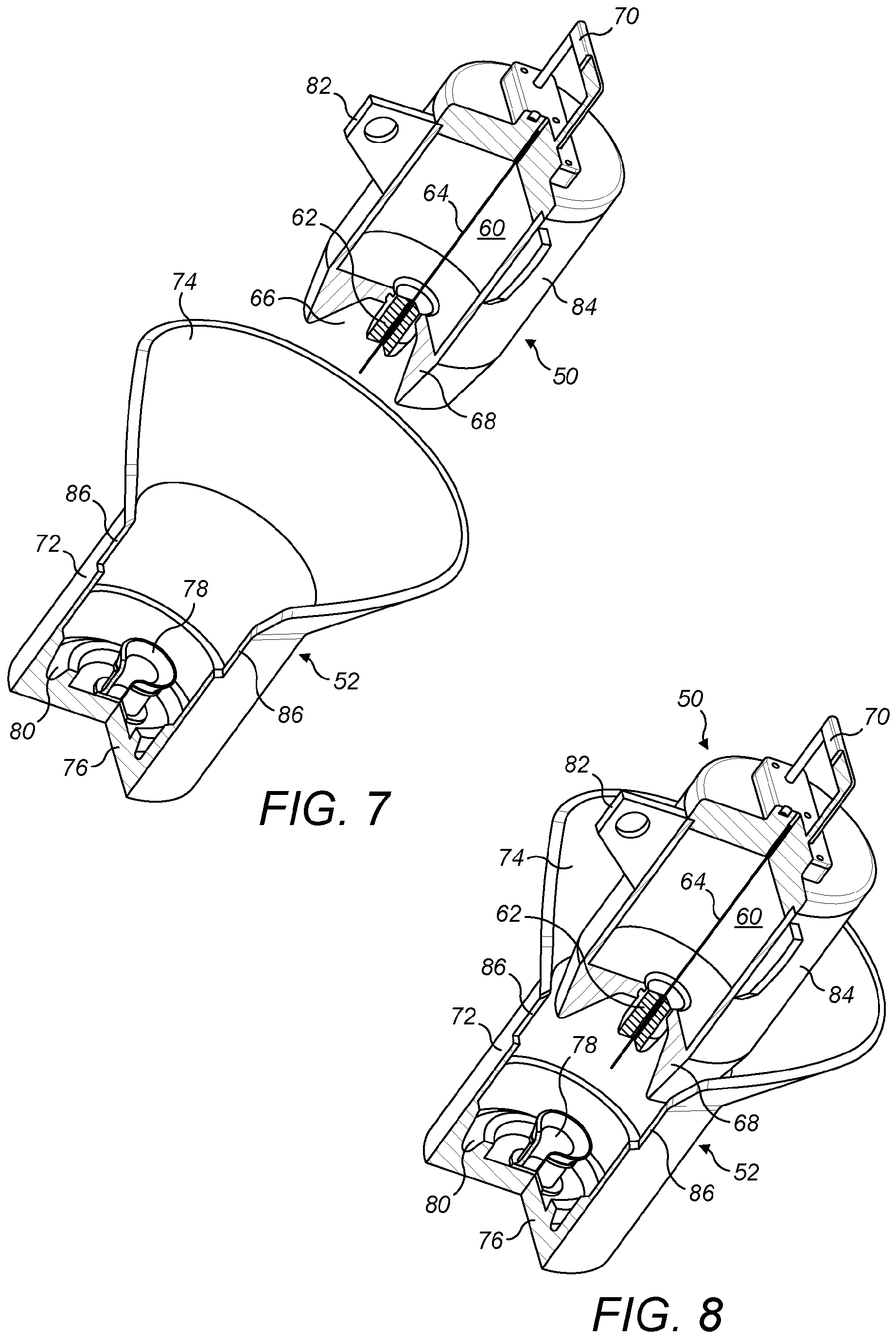 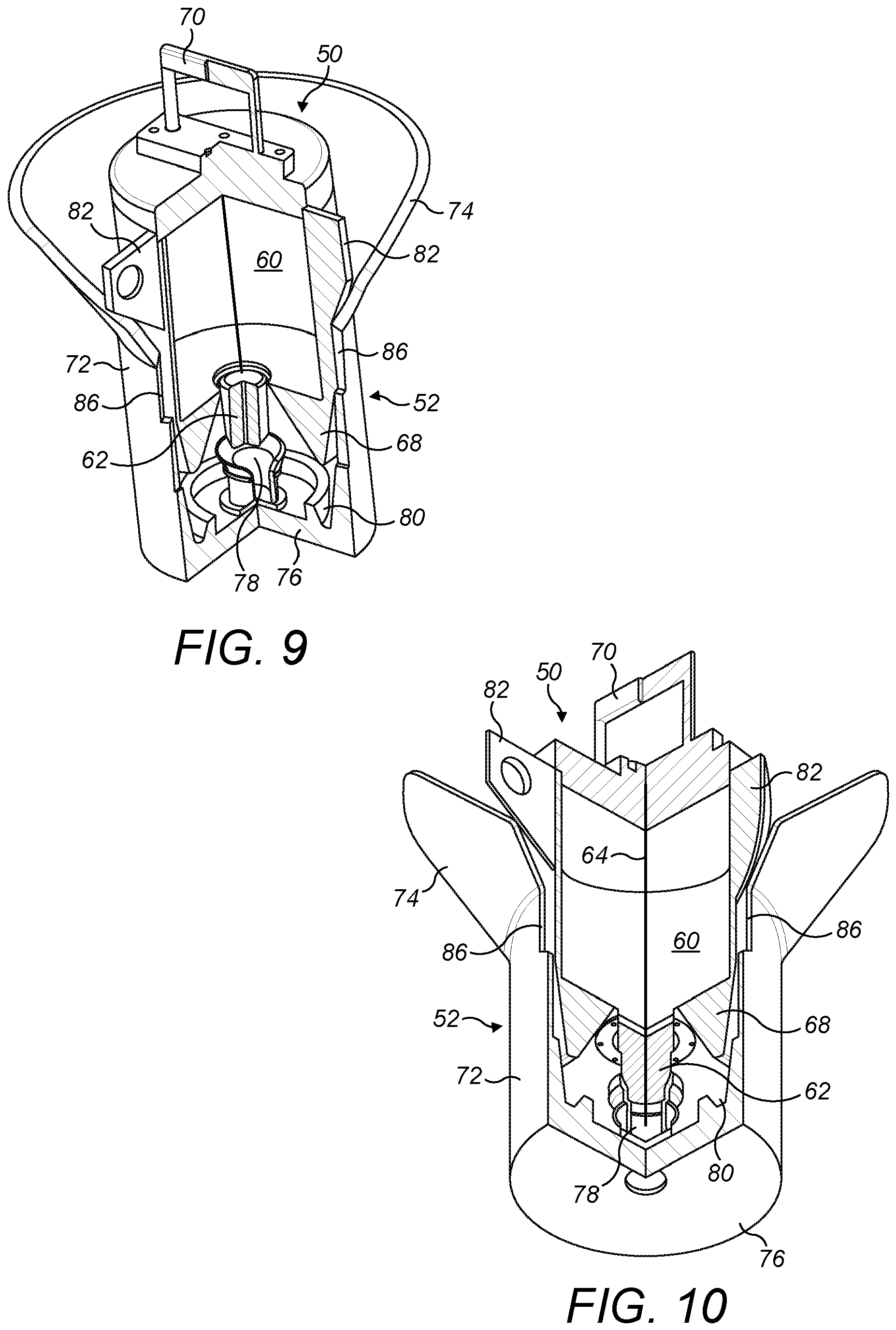 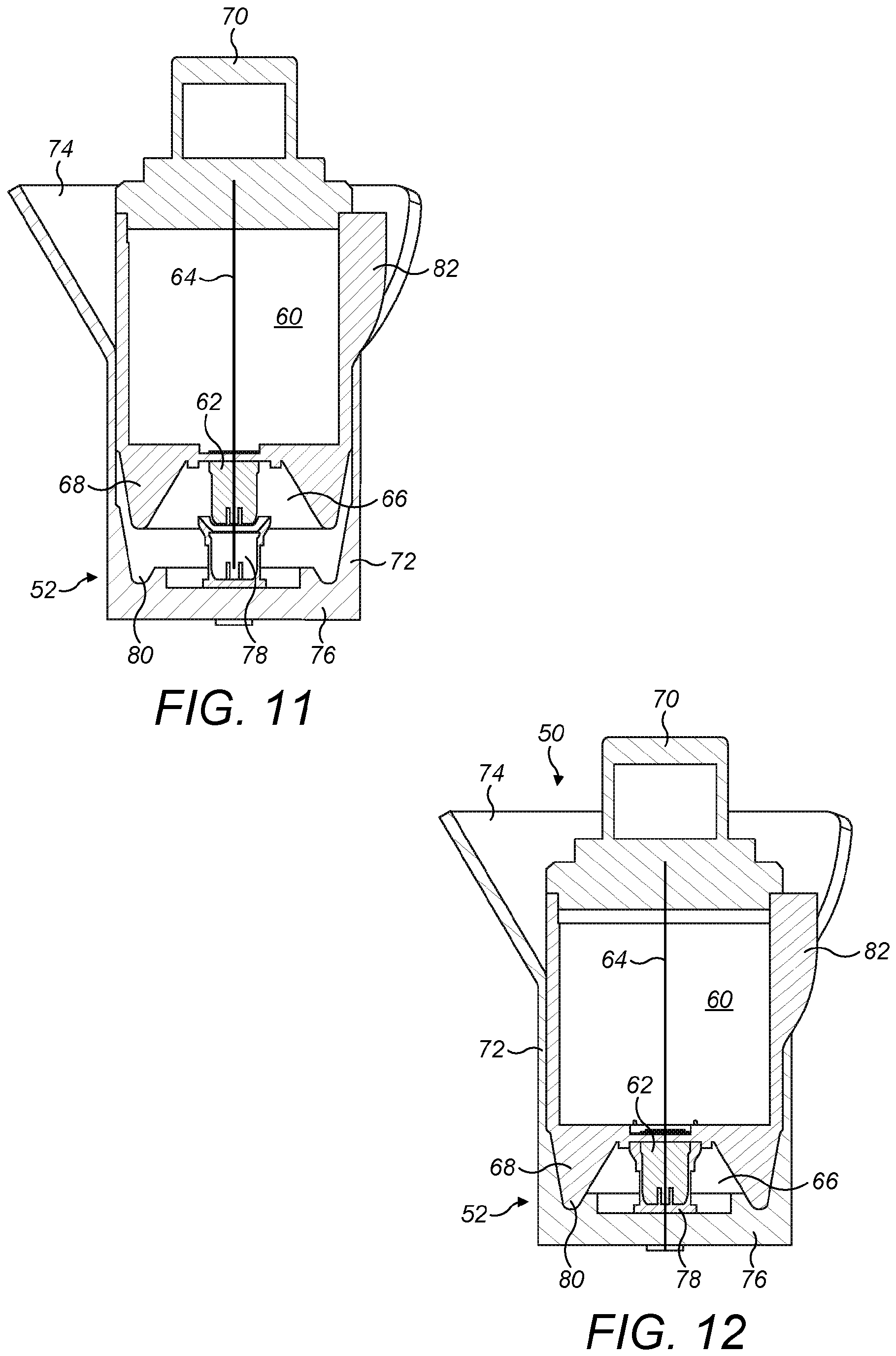 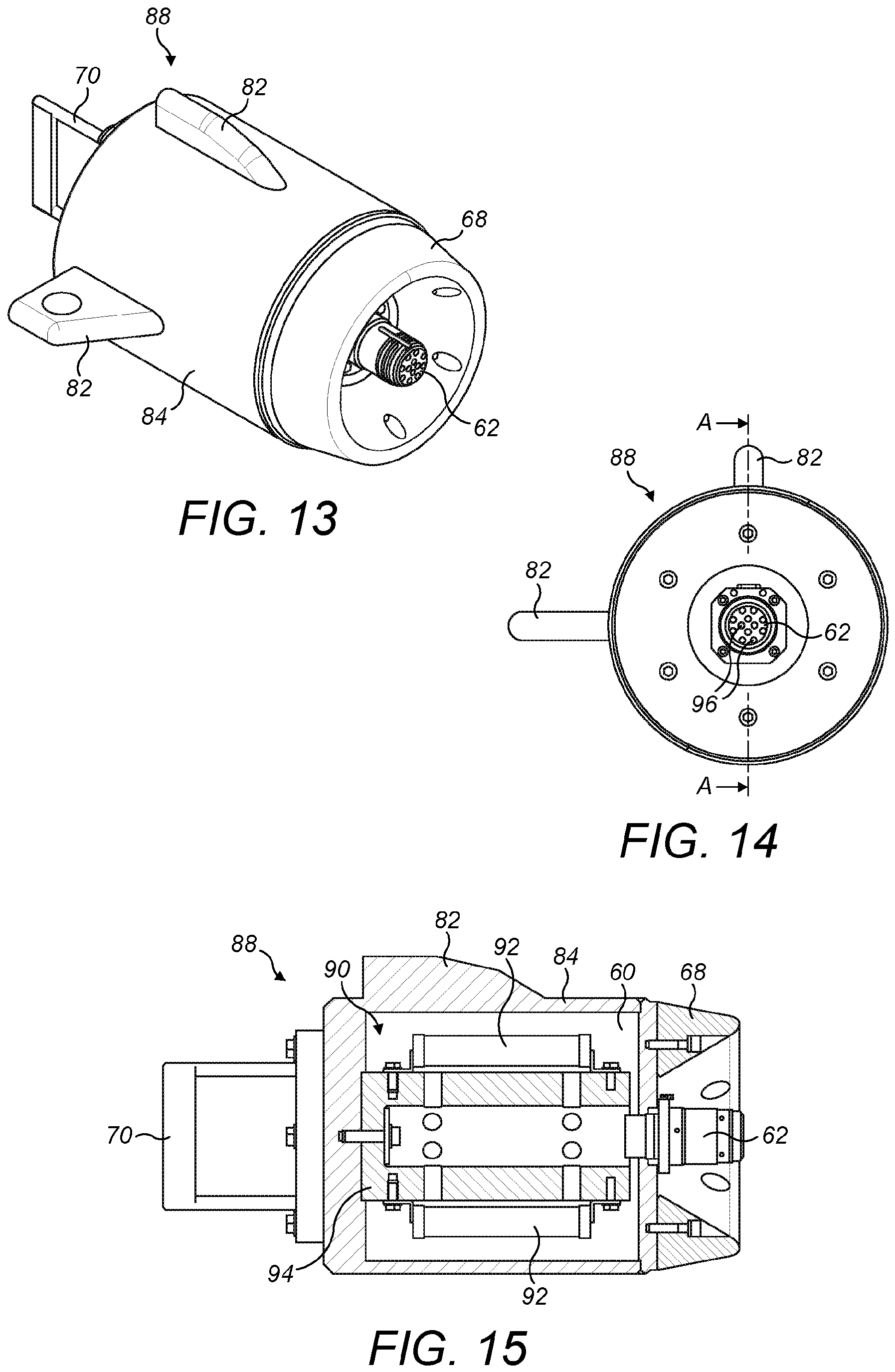