[0001] The invention relates elevators and particularly to braking systems used in elevators.

[0002] Elevator systems are regulated all over the world. Regulations typically relate to the security of an elevator. Each elevator must fulfill the regulations and these requirements are sometimes verified regularly, for example yearly or monthly basis. Typically elevators are inspected regularly and parts not filling the requirements must be changed. As elevators are typically used for transporting passengers the security is an essential aspect. Thus, all aspects that can have a negative impact on the security should be eliminated. Sometimes a small failure in a part of the elevator may lead into severe security issues.
[0003] One of the important issues is that the elevator is operating without additional forces restricting the movement of the elevator car. One possible cause is a defect brake that is not completely disengaged and causes friction. The problem associated with this is the fact that the brake wears very fast and will not have the required braking power when it is needed. The wearing may be very fast and the dangerous technical condition occurs so that the conventional inspection frequency is not able to notice wearing early enough.
[0004] The problem mentioned above is regulated by many authorities and it is also desirable without regulation to prevent the movement of the elevator car when the brake is not completely disengaged so that possibly dangerous situation is avoided.
[0005] Conventionally displacement sensors have been used for detecting the disengagement of a brake. These sensors are additional components that are not always reliable because the mechanical movement of a brake is very small. Furthermore, sometimes the brake does not open completely but the sensor indicates that the brake has been opened but it still has a contact which will cause friction and leads into undesired wearing as discussed above. A further drawback of additional sensor is that in general, using additional components causes expenses because of additional components and additional design needed. This applies to both manufacturing and the maintenance. Thus, there is a need for reliable and cost efficient arrangement for brake disengagement monitoring.

Fig. 1 is a block diagram of an example embodiment of the present invention,

Fig. 2 is a flow chart of a method according to the present invention,

Fig. 3 is a flow chart of another method according to the present invention.

1. A method for determining a current required to disengage brakes of an elevator car, the method comprising:

disengaging any other brakes;

storing the value of the current when said movement is detected.

2. The method according to claim 1, the method further comprises holding said elevator car by using an electric drive.

3. The method according to claim 1 or 2, wherein the method further comprises applying momentum to said elevator car by an electric drive.

4. The method according to claims 1 or 2, wherein the method further comprises applying momentum to said elevator car by using gravity force caused by the counterweight of the elevator.

5. The method according to any of preceding claims, wherein the method further comprises determining a value for current to be used to release brakes when the elevator is in normal use.

6. The method according to claim 5, wherein said value for current is determined by adding an additional current value to said recorded value of the current.

7. A computer program for a computing device comprising code adapted to cause the method according to any of claims 1 - 6 when executed on a data-processing system.

at least one memory (19); wherein the apparatus is configured to perform the method according to any of claims 1 - 7.

9. An elevator system comprising at least one elevator comprising the apparatus according to claim 8. 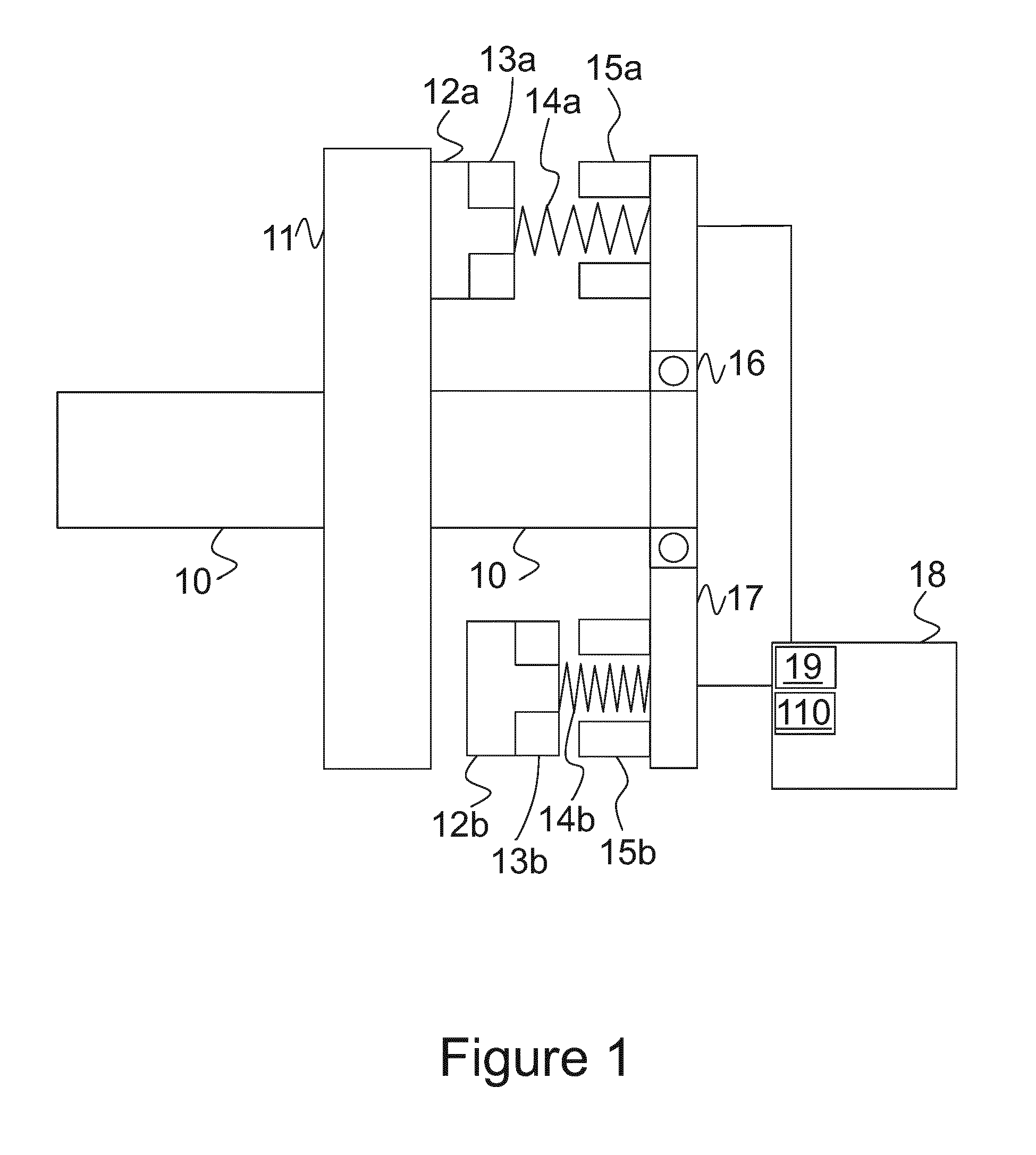 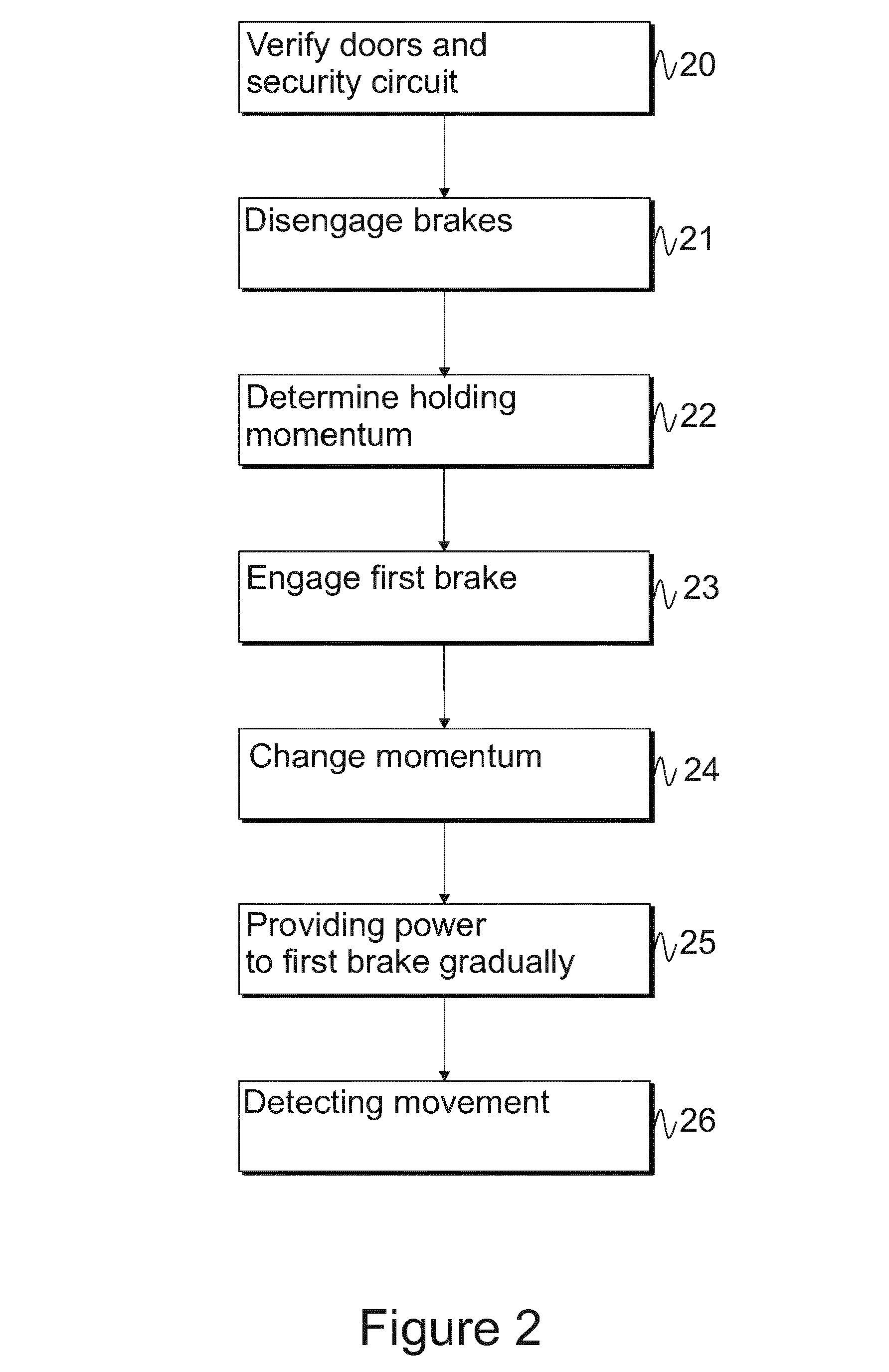 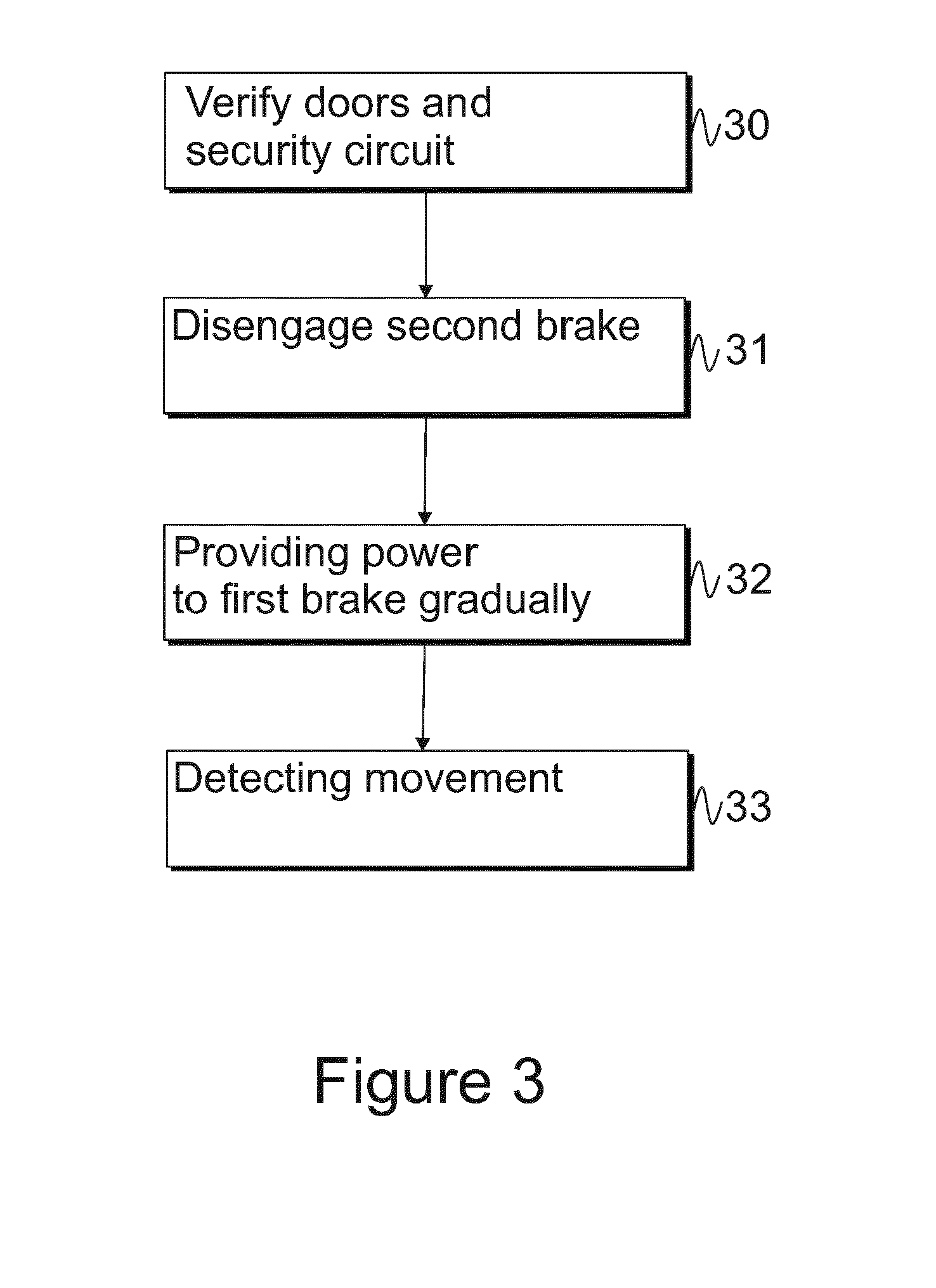 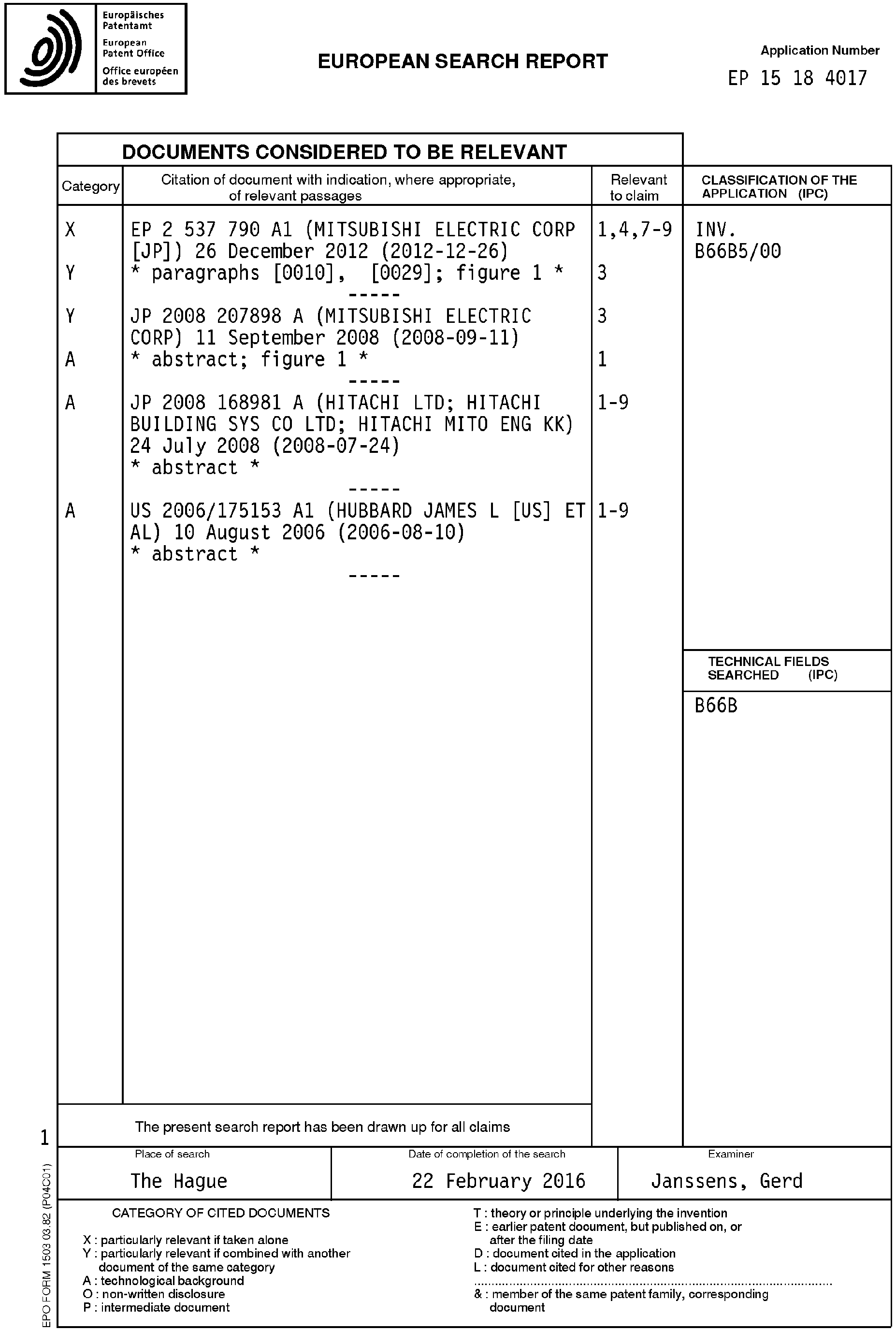 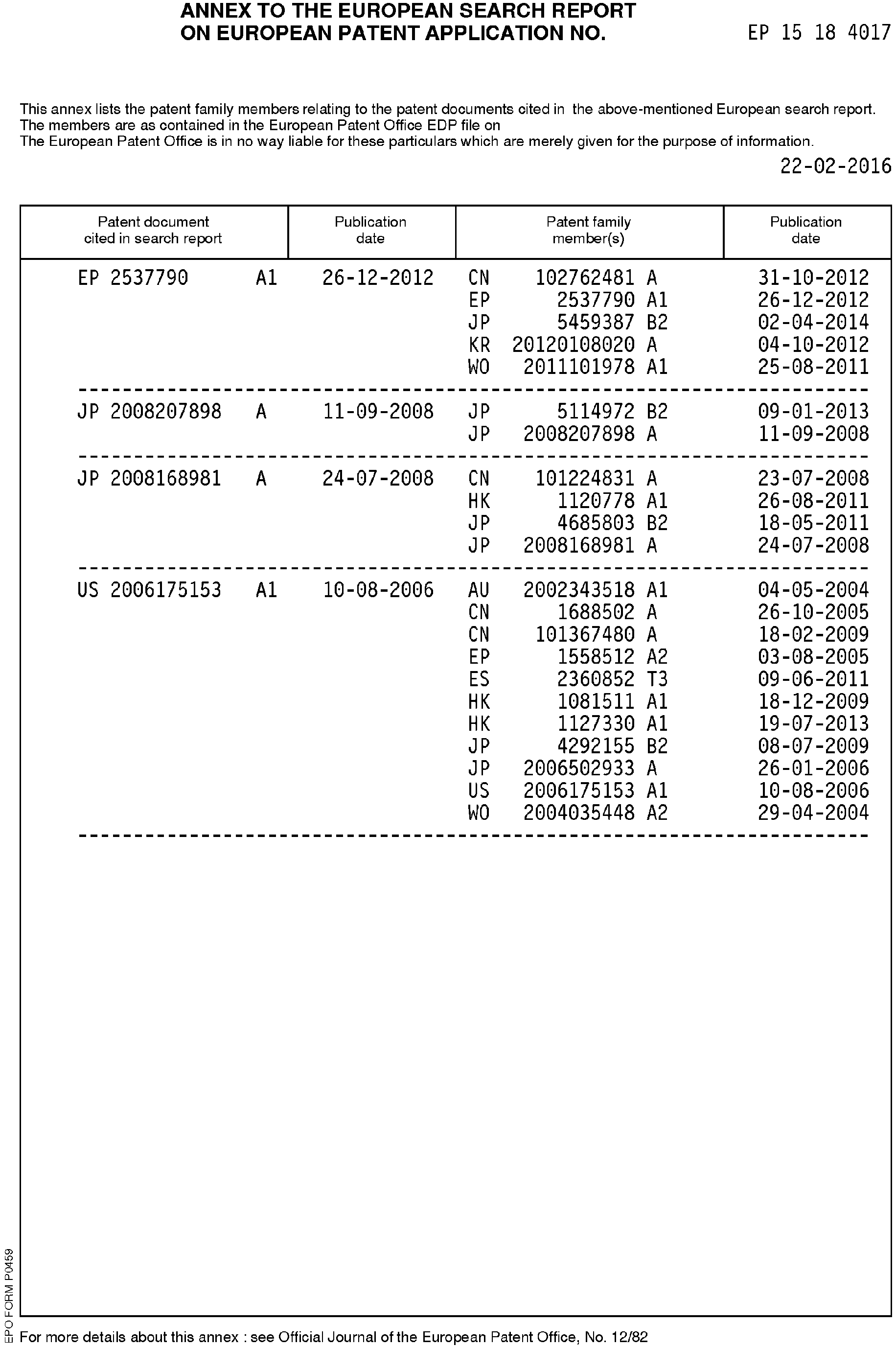