[0001] The flow of air and blood within the body are vital, life-sustaining functions and in some situations, implanted medical devices can be used to maintain the proper flow of air and/or blood within a patient after an injury. For example, the flow of air may be compromised by injuries to the trachea and bronchi (tracheobronchial injuries, or "TBIs"). Such injuries can place a patient in immediate critical condition from obstruction of the airway and in imminent critical condition from oxygen insufficiency in the body. TBIs are a common medical condition, occurring most frequently from blunt or penetrating trauma to the neck or chest, inhalation of harmful fumes or smoke, or aspiration of liquids or objects.
[0002] Similarly, the flow of blood may be compromised by injured and/or blocked blood vessels. A stent is a known vascular implant used to help keep the vessel open. However, vascular plaque is typically non-uniform and often forms in bulky occlusions. These occlusions place stress on conventional stents via point forces that increase the risk of hinging or denting of the stent. Denting is caused by an inherent weakness of conventional stents where a vaso-occlusion drives a portion of the stent into the luminary space, thereby substantially enhancing the blockage effect of the vaso-occlusion. Denting can lead to increased collection of thrombus or flow distortions, which are problematic and can increase stenosis.
[0003] What is needed is a system and method for creating custom fitted inserts that correspond to the anatomy of the patient and solve the problem of pressure points, wear of the implant, damage to surrounding tissue, denting, and other problems associated with placing foreign components in a patient's body. US 2007/293936 A1 discloses a method for making a customized stent or stent graft, including the steps of obtaining a digital image of the endoluminal shape of an artery or the blood flow channel of an aneurysm, processing the obtained image to create a three dimensional model of the shape or channel, and fabricating a scaffold around the model such that the scaffold substantially conforms to the model.

FIG. 1 illustrates an embodiment of a flow chart showing a method for creating a custom fitting implant;

FIG. 3 illustrates an embodiment of a patient specific custom core;

FIGS. 4-6 illustrate embodiments of a filament wrapped around the core ;

FIG. 7 illustrates an embodiment of an implant device formed on a core placed in a solvent filled container;

FIG. 8 illustrates an embodiment of the implant device that is left when the core has been dissolved by the solvent in the container; and

FIG. 9 illustrates the implant device placed in a human trachea.

1. A method for creating a tubular insert comprising:

obtaining surface measurements for an internal surface of a portion of a patient;

using the surface measurements to create a core design having non-uniform surfaces;

3D printing a core (300) with a water soluble material from the core design;

dissolving at least a portion of the soluble material of the core (300); and

separating the tubular insert from the core (300).

3. The method of claim 1 wherein the implant device is custom designed and formed to fit within an artery.

4. The method of claim 1 further comprising: 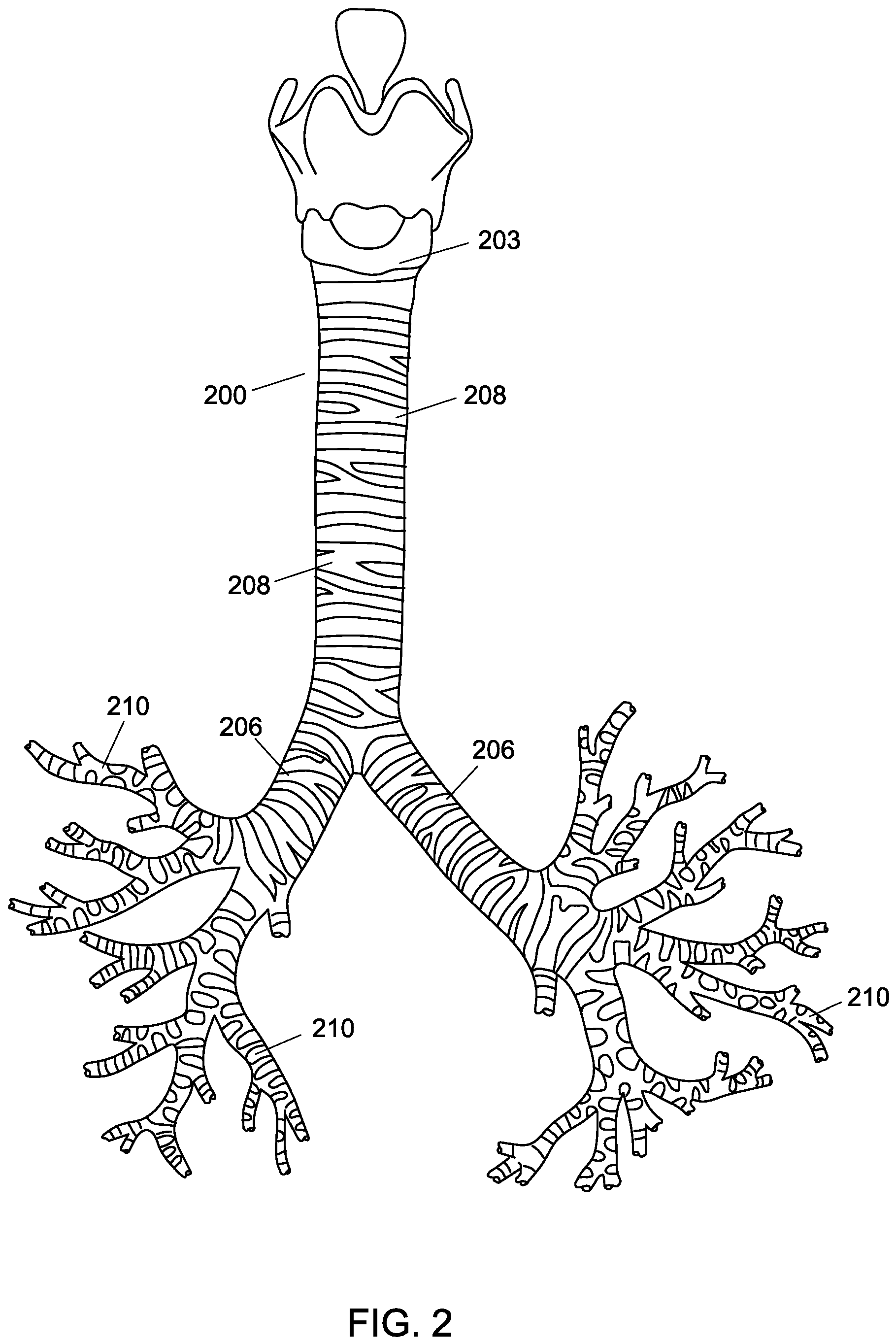 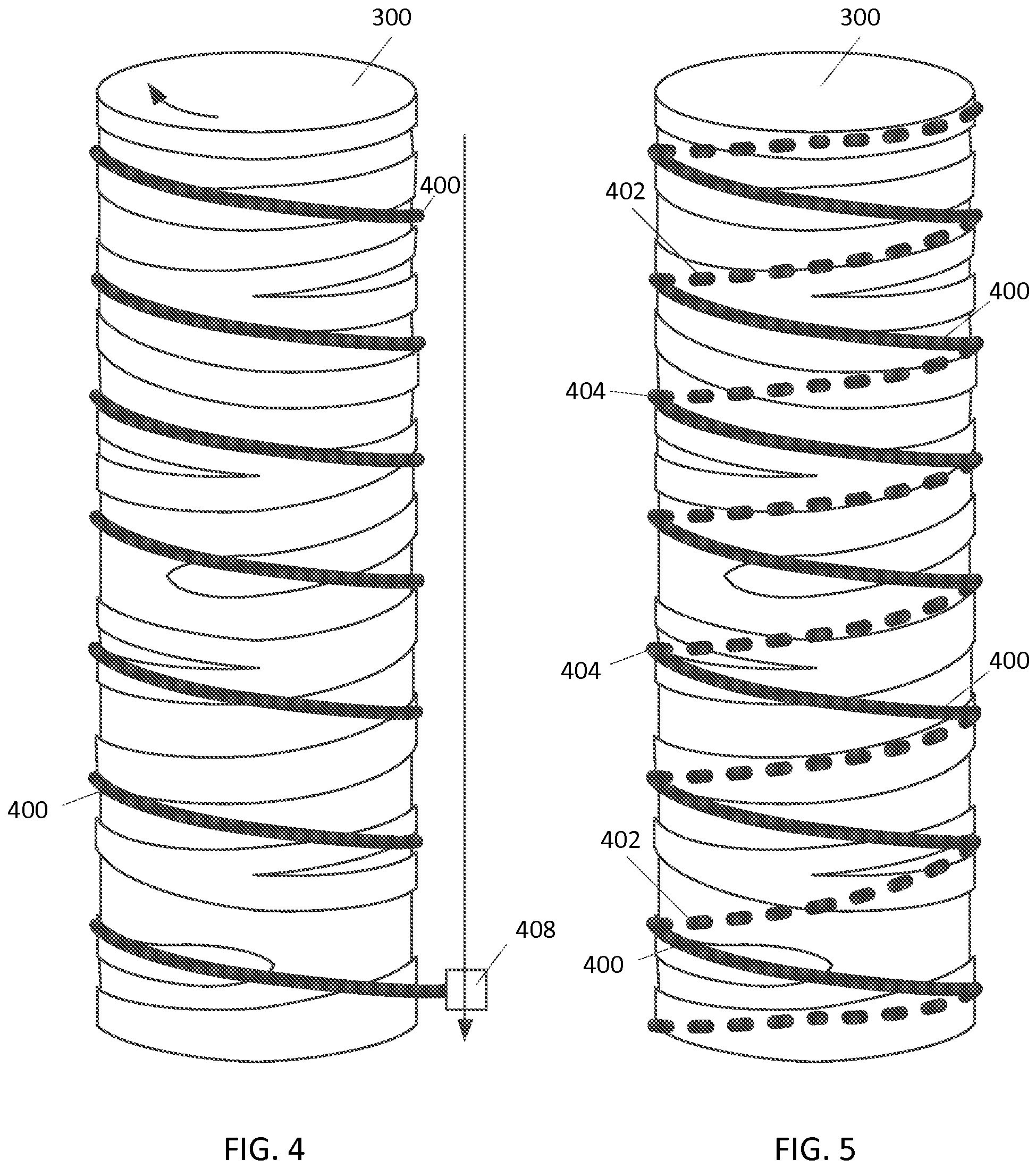 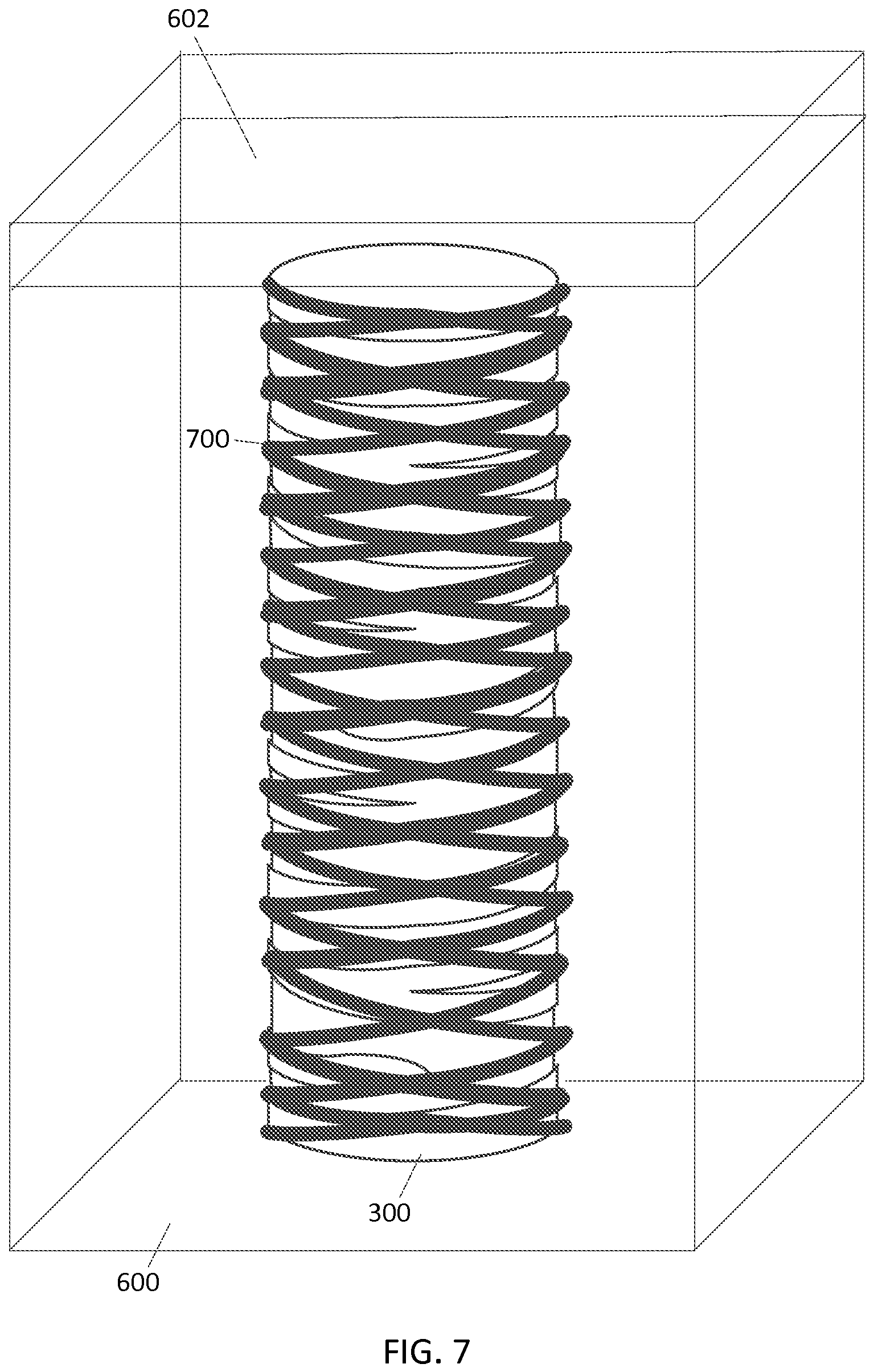 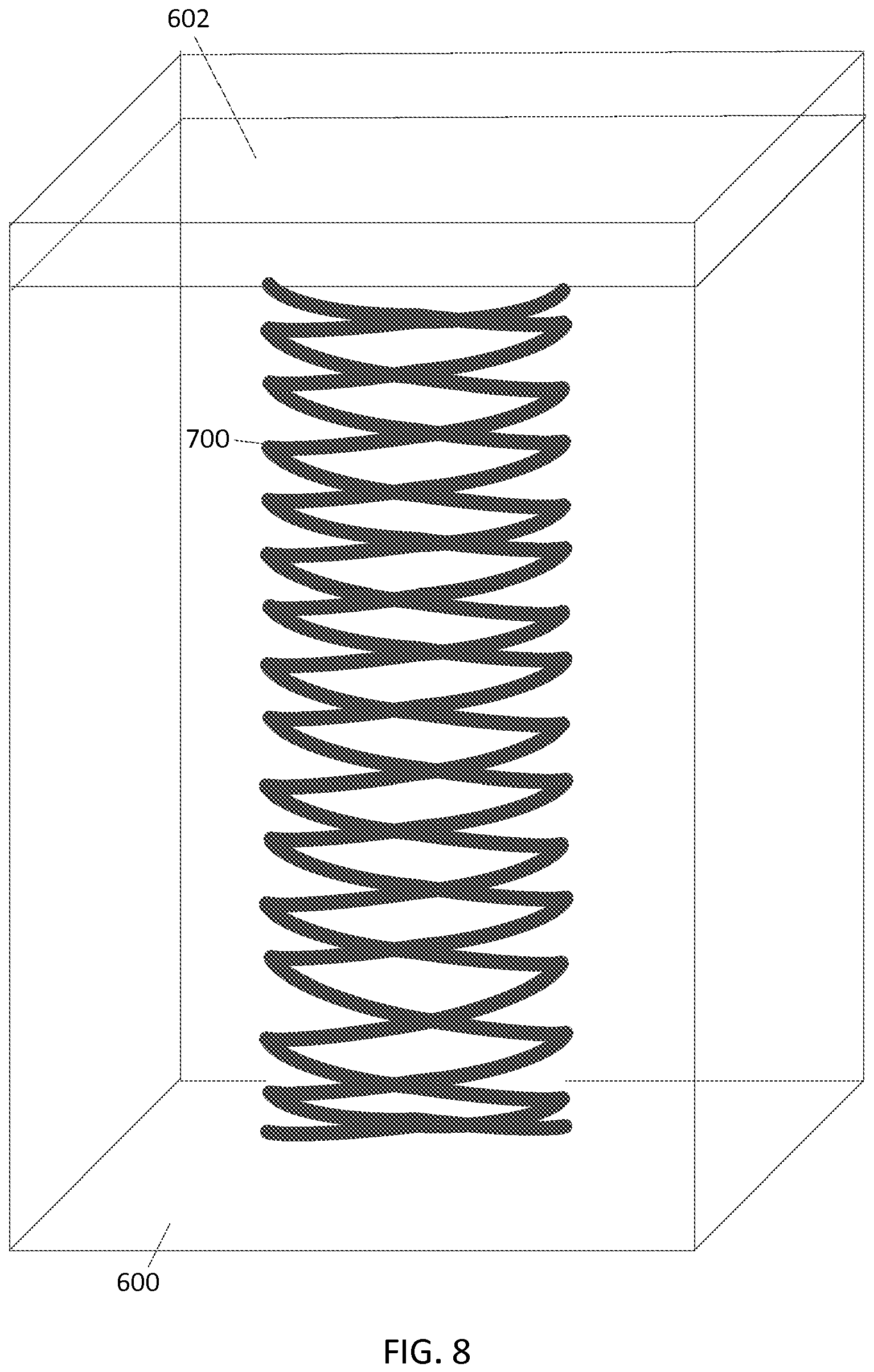