FIELD OF THE DISCLOSURE

[0001] Embodiments are generally related to information processing, and more particularly to a data distribution fabric for use in scalable graphics processors.

[0002] Multi-core graphics processing units have become normalized among computing systems ranging from system on a chip (SOC) integrated circuits to high-end discrete graphics processors. In the realm of high-end graphics, multi-core solutions are the primary method of increasing graphics processing performance. For SOC solutions, the use of multi-core graphics processors allows a reduction in system power while allowing high performance during periods of high graphics processor workload.
[0003] However, the increase in the number of graphics cores within a component creates scalability issues when developing graphics processing solutions that span multiple power and performance segments. The multi-core communication solutions used in high-end graphics products are not suitable for low-power products due to issues of cost and power consumption. The communication solutions used in low-power graphics generally do not provide sufficient performance for high-end graphics solutions.
[0004] In JAEKYU LEE et al.: "Adaptive virtual channel partitioning for network-on-chip in heterogeneous architectures", vol. 18, no. 4, 25 October 2013, pages 1-28, a virtual channel partitioning mechanism is disclosed which dedicates a number of virtual channels to CPU and GPU applications.
[0005] In AGARWAL A et al.: "Survey of Network on Chip (NoC) architectures & contributions", vol. 3, no. 1, January 2009", virtual channels and prioritized traffic are disclosed.
[0006] US 2014/177626 A1 discloses 3D integrated circuit stacks, as well as routing packets among the components of a processing system.
[0007] In the following, references to embodiments not covered by the appended claims are provided as background examples only, in order to provide a more thorough understanding of the invention.

[0008] The following description includes discussion of figures having illustrations given by way of example of implementations of the various embodiments. The figures should be understood by way of example, and not by way of limitation, in which:

FIG. 1 is a block diagram of an embodiment of a computer system with a processor having one or more processor cores and graphics processors;

FIG. 4 is a block diagram of an embodiment of a graphics-processing engine for a graphics processor;

FIG. 5 is a block diagram of another embodiment of a graphics processor;

FIG. 6 is a block diagram of thread execution logic including an array of processing elements;

FIG. 7 illustrates a graphics processor execution unit instruction format according to an embodiment;

FIG. 8 is a block diagram of another embodiment of a graphics processor which includes a graphics pipeline, a media pipeline, a display engine, thread execution logic, and a render output pipeline;

FIG. 9A is a block diagram illustrating a graphics processor command format according to an embodiment;

FIG. 9B is a block diagram illustrating a graphics processor command sequence according to an embodiment;

FIG. 10 illustrates exemplary graphics software architecture for a data processing system according to an embodiment;

Figure 11 is a block diagram of an embodiment of a graphics core fabric assembly;

Figure 13 is a block diagram of an embodiment of a stacked integrated circuit including an data distribution fabric;

Figure 14 is an illustration of multiple traffic classes carried over virtual channels, according to an embodiment; and

Figure 15 is a flow diagram of a data transmission sequence, according to an embodiment.

[0009] The following description describes processing logic for a data distribution fabric for use in scalable graphics processing units included within or in association with a processor, computer system, or other processing apparatus. For the purposes of explanation, numerous specific details are set forth to provide a thorough understanding of the various embodiments described below. However, it will be apparent to a skilled practitioner in the art that the embodiments may be practiced without some of these specific details. In other instances, well-known structures and devices are shown in block diagram form to avoid obscuring the underlying principles, and to provide a more thorough understanding of embodiments.
[0010] Although some of the following embodiments are described with reference to a processor, similar techniques and teachings can be applied to other types of circuits or semiconductor devices, as the teachings are applicable to any processor or machine that performs data manipulations.

[0080] Figure 10 illustrates exemplary graphics software architecture for a data processing system according to an embodiment. The software architecture includes a 3D graphics application 1010, an operating system 1020, and at least one processor 1030. The processor 1030 includes a graphics processor 1032 and one or more general-purpose processor core(s) 1034. The graphics application 1010 and operating system 1020 each execute in the system memory 1050 of the data processing system.
[0081] In one embodiment, the 3D graphics application 1010 contains one or more shader programs including shader instructions 1012. The shader language instructions may be in a high-level shader language, such as the High Level Shader Language (HLSL) or the OpenGL Shader Language (GLSL). The application also includes executable instructions 1014 in a machine language suitable for execution by the general-purpose processor core 1034. The application also includes graphics objects 1016 defined by vertex data.
[0082] The operating system 1020 may be a WINDOWS™ operating system available from the Microsoft Corporation of Redmond, Washington, a proprietary UNIX operating system, or an open source UNIX-like operating system using a variant of the Linux kernel. When the Direct3D API is in use, the operating system 1020 uses a front-end shader compiler 1024 to compile any shader instructions 1012 in HLSL into a lower-level shader language. The compilation may be a just-in-time compilation or the application can perform share pre-compilation. In one embodiment, high-level shaders are compiled into low-level shaders during the compilation of the 3D graphics application 1010.
[0083] The user mode graphics driver 1026 may contain a back-end shader compiler 1027 to convert the shader instructions 1012 into a hardware specific representation. When the OpenGL API is in use, shader instructions 1012 in the GLSL high-level language are passed to a user mode graphics driver 1026 for compilation. The user mode graphics driver uses operating system kernel mode functions 1028 to communicate with a kernel mode graphics driver 1029. The kernel mode graphics driver 1029 communicates with the graphics processor 1032 to dispatch commands and instructions.
[0084] To the extent various operations or functions are described herein, they can be described or defined as hardware circuitry, software code, instructions, configuration, and/or data. The content can be embodied in hardware logic, or as directly executable software ("object" or "executable" form), source code, high level shader code designed for execution on a graphics engine, or low level assembly language code in an instruction set for a specific processor or graphics core. The software content of the embodiments described herein can be provided via an article of manufacture with the content stored thereon, or via a method of operating a communication interface to send data via the communication interface.
[0085] A non-transitory machine readable storage medium can cause a machine to perform the functions or operations described, and includes any mechanism that stores information in a form accessible by a machine (e.g., computing device, electronic system, etc.), such as recordable/non-recordable media (e.g., read only memory (ROM), random access memory (RAM), magnetic disk storage media, optical storage media, flash memory devices, etc.). A communication interface includes any mechanism that interfaces to any of a hardwired, wireless, optical, etc., medium to communicate to another device, such as a memory bus interface, a processor bus interface, an Internet connection, a disk controller, etc. The communication interface is configured by providing configuration parameters or sending signals to prepare the communication interface to provide a data signal describing the software content. The communication interface can be accessed via one or more commands or signals sent to the communication interface.

wherein the virtual channel is to include multiple programmatically pre-assigned traffic classifications.

3. The processor of claim 2, wherein each of the multiple physical data channels is a separately clock gated bus, and wherein each bus uses early indications to signal incoming activity.

4. The processor of any of claims 1-3, wherein the shared resource is a shared memory resource.

5. The processor of claim 4 wherein the shared memory resource is a shared cache.

6. The processor of claim 1, wherein the multiple traffic classifications include a programmable priority.

7. The processor as in any one of claims 1-6, wherein the interconnect logic operates at a higher frequency than the one or more graphics processor cores.

memory coupled to the processor. 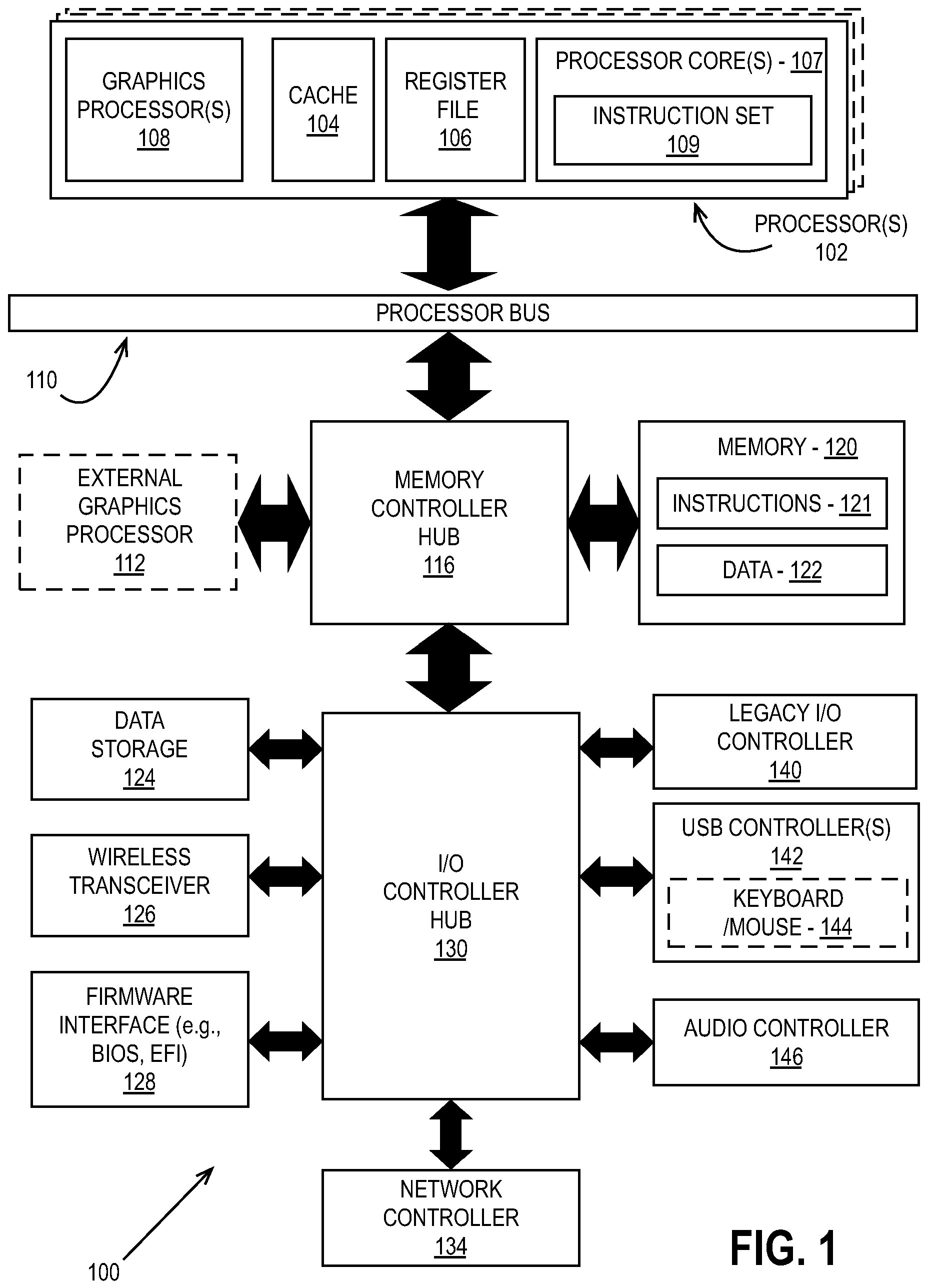 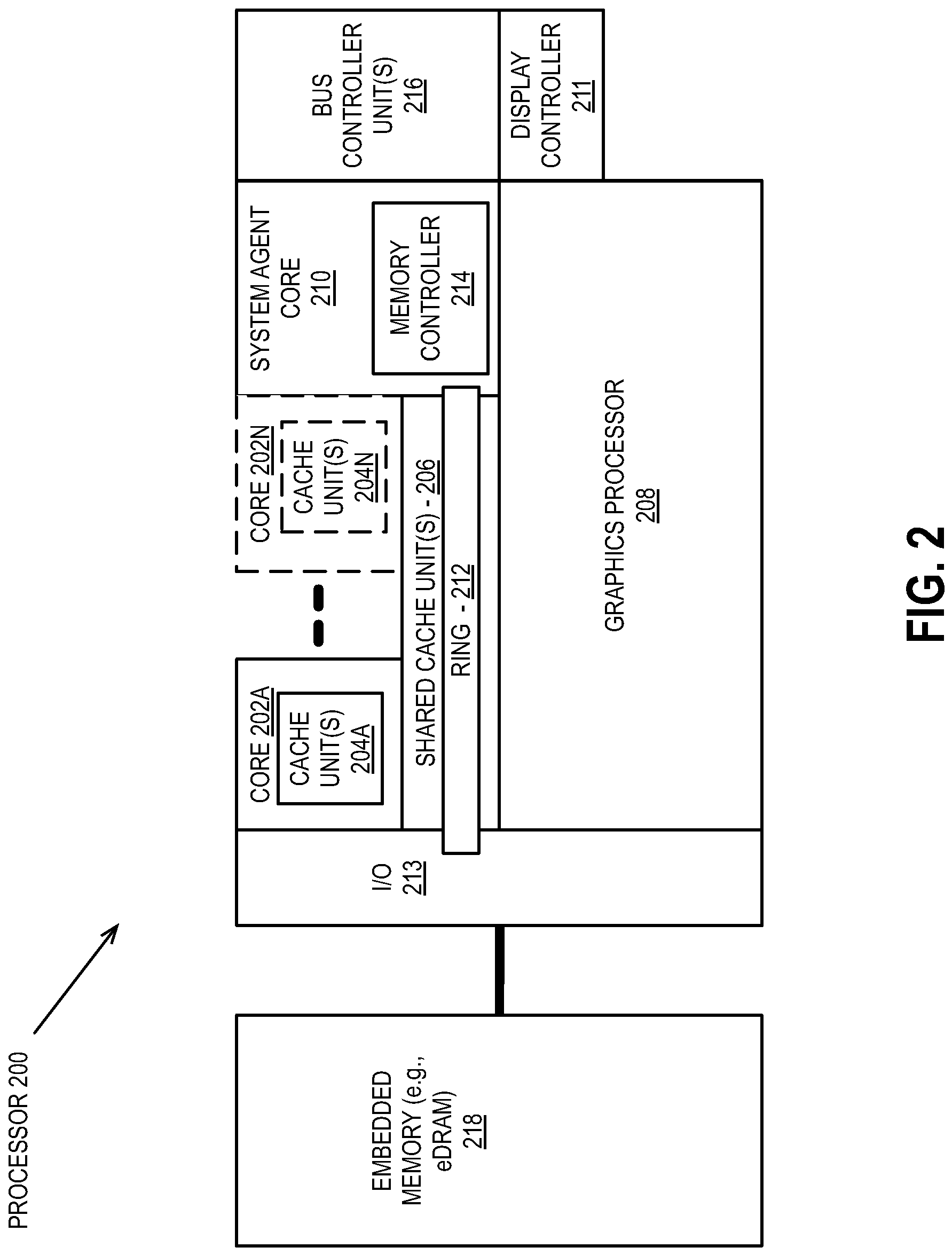 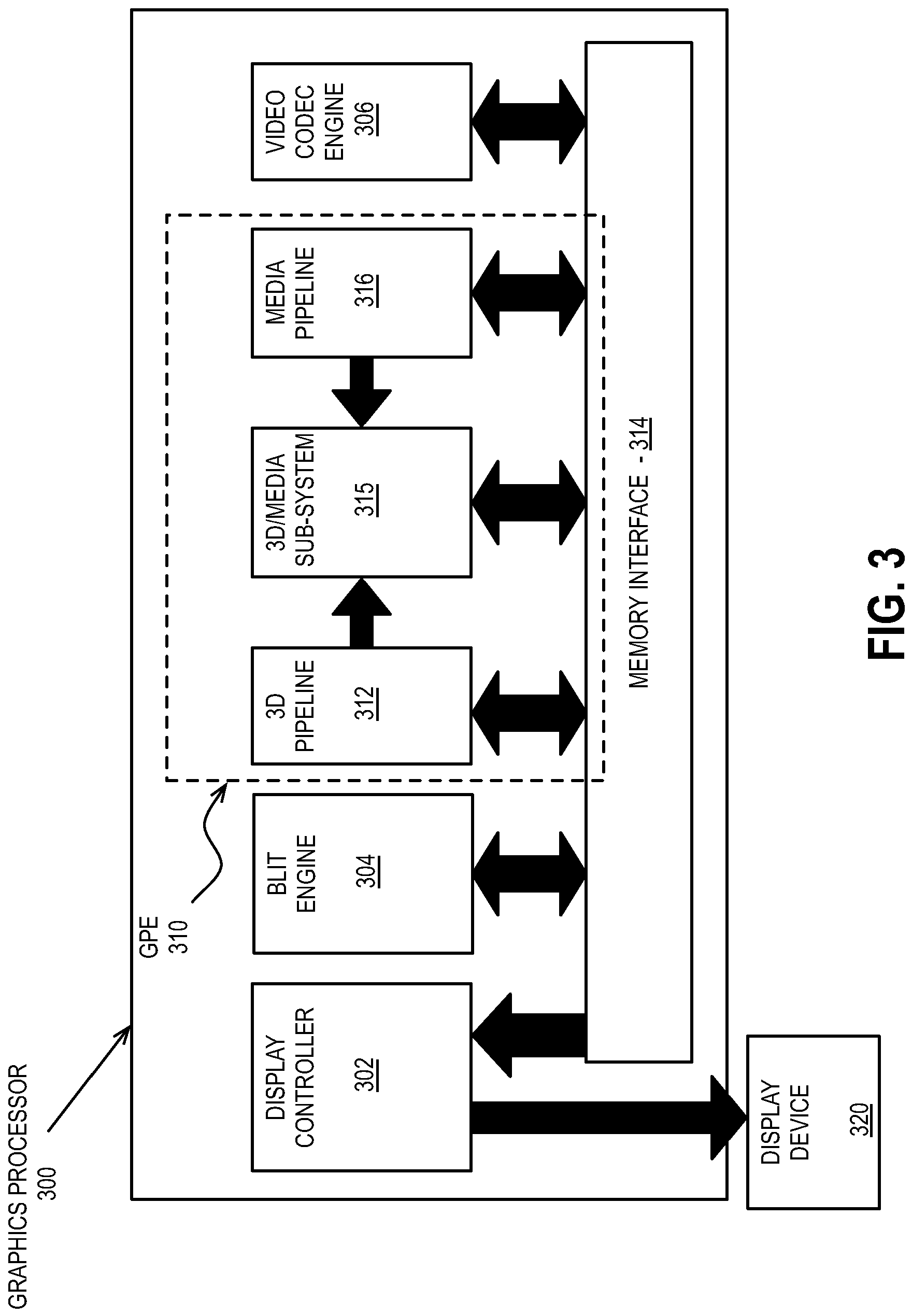 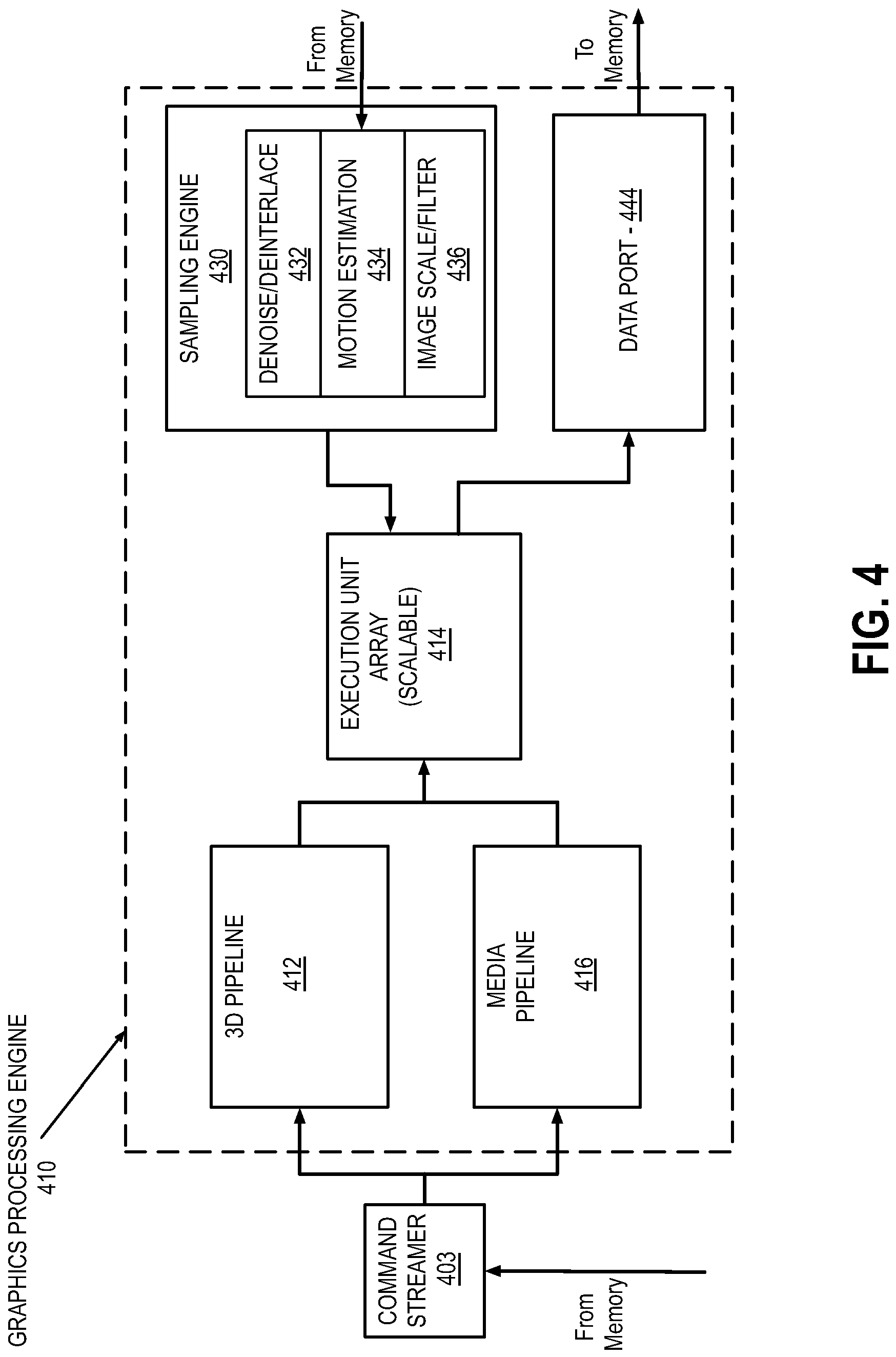 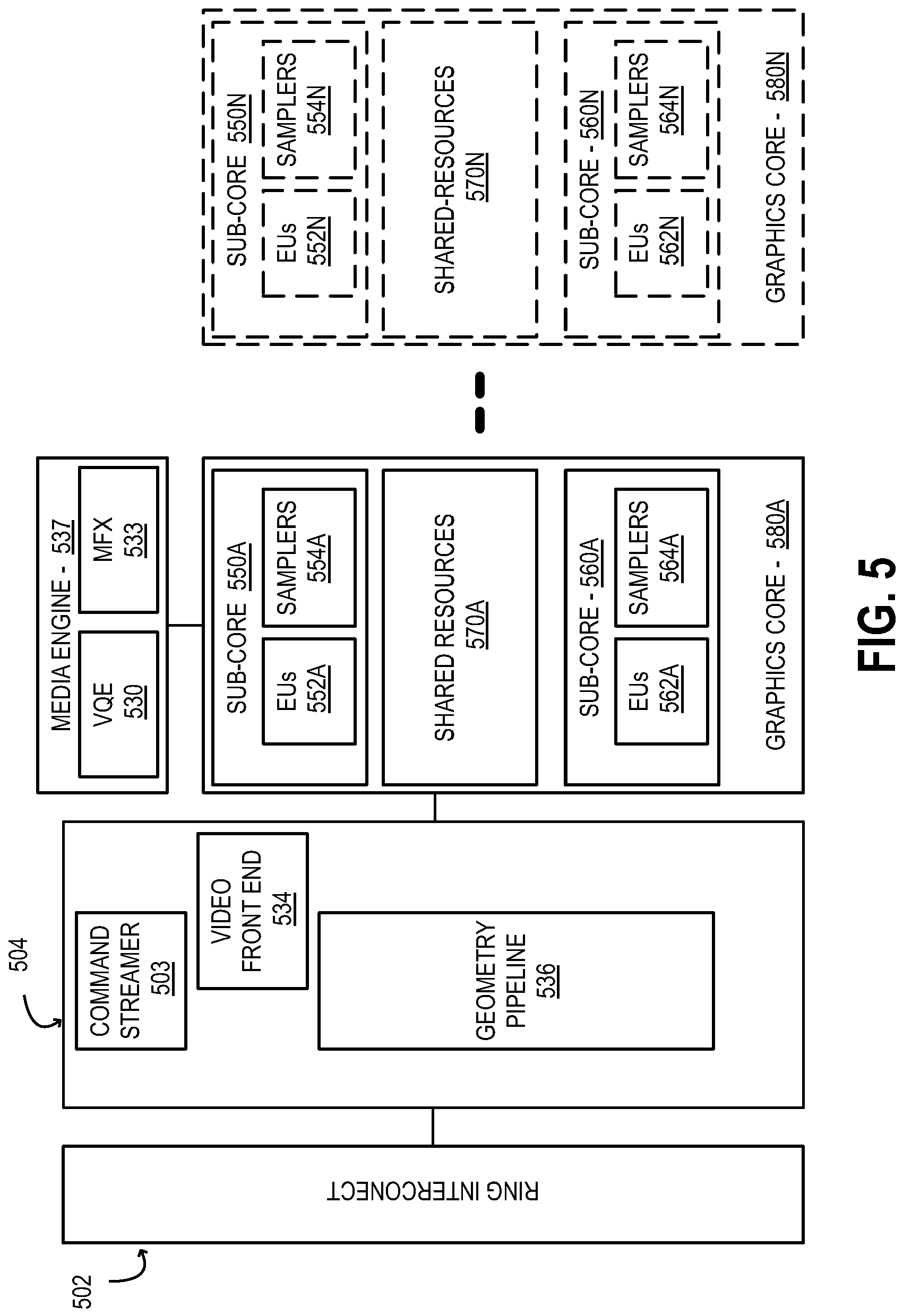 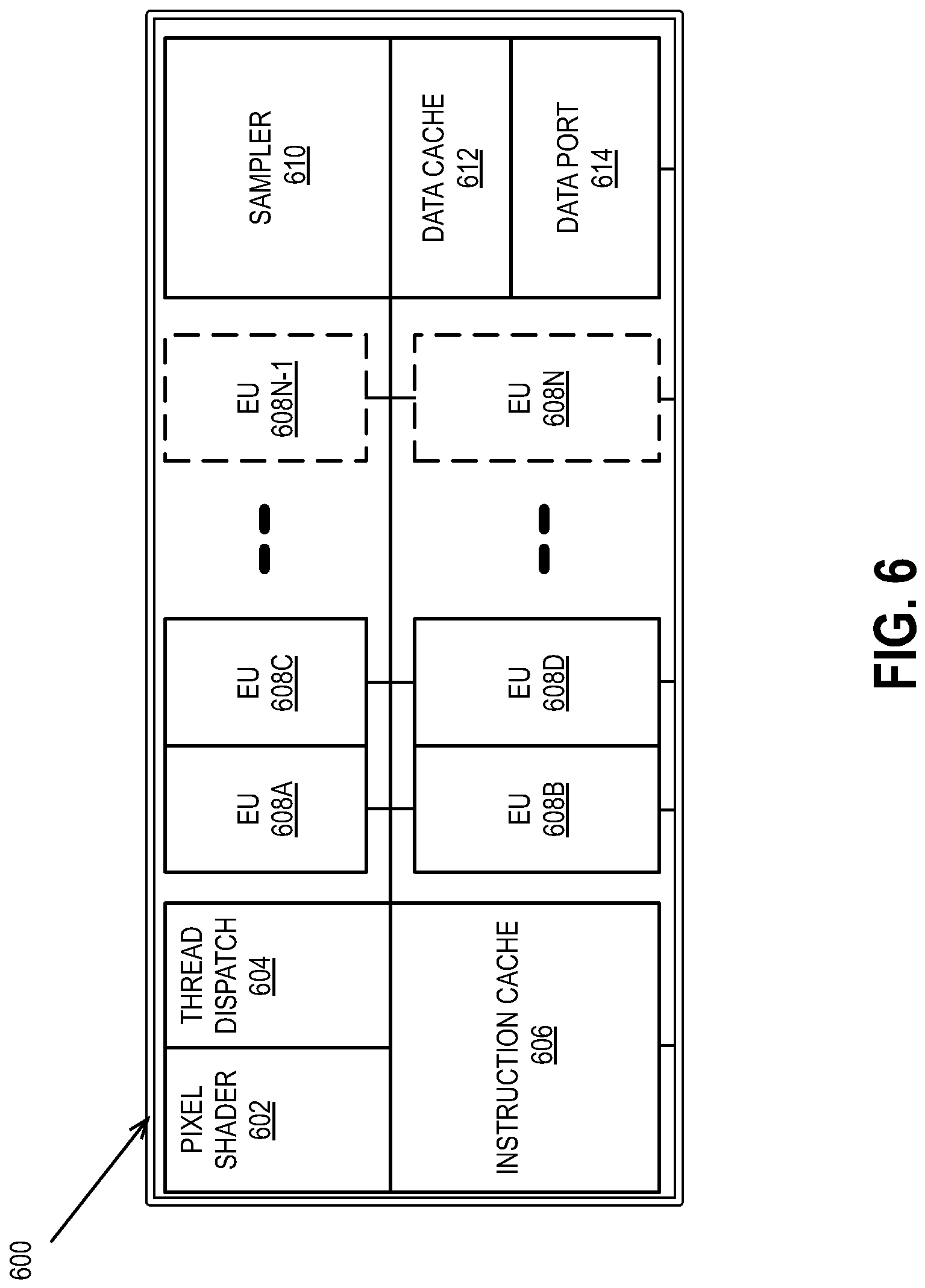 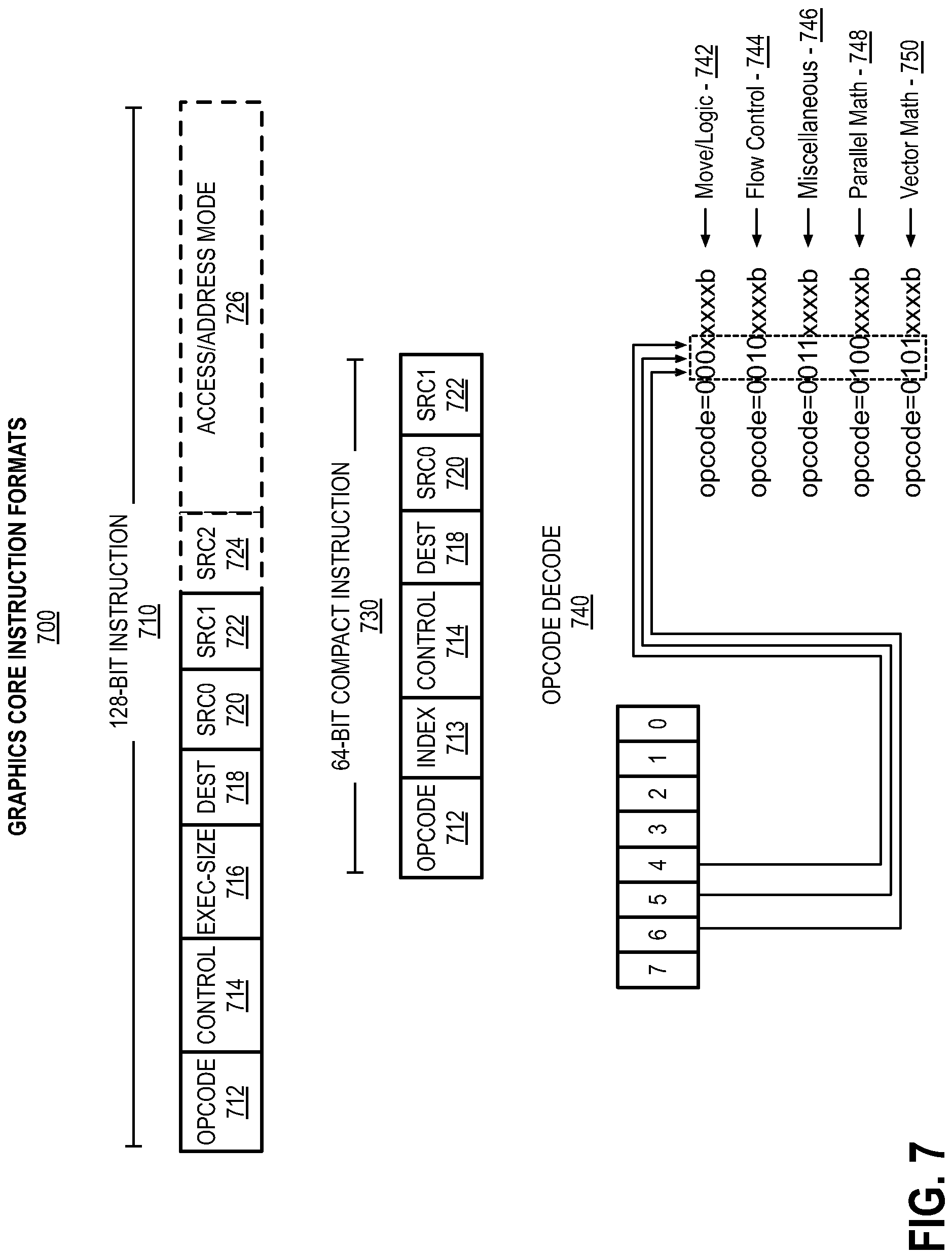 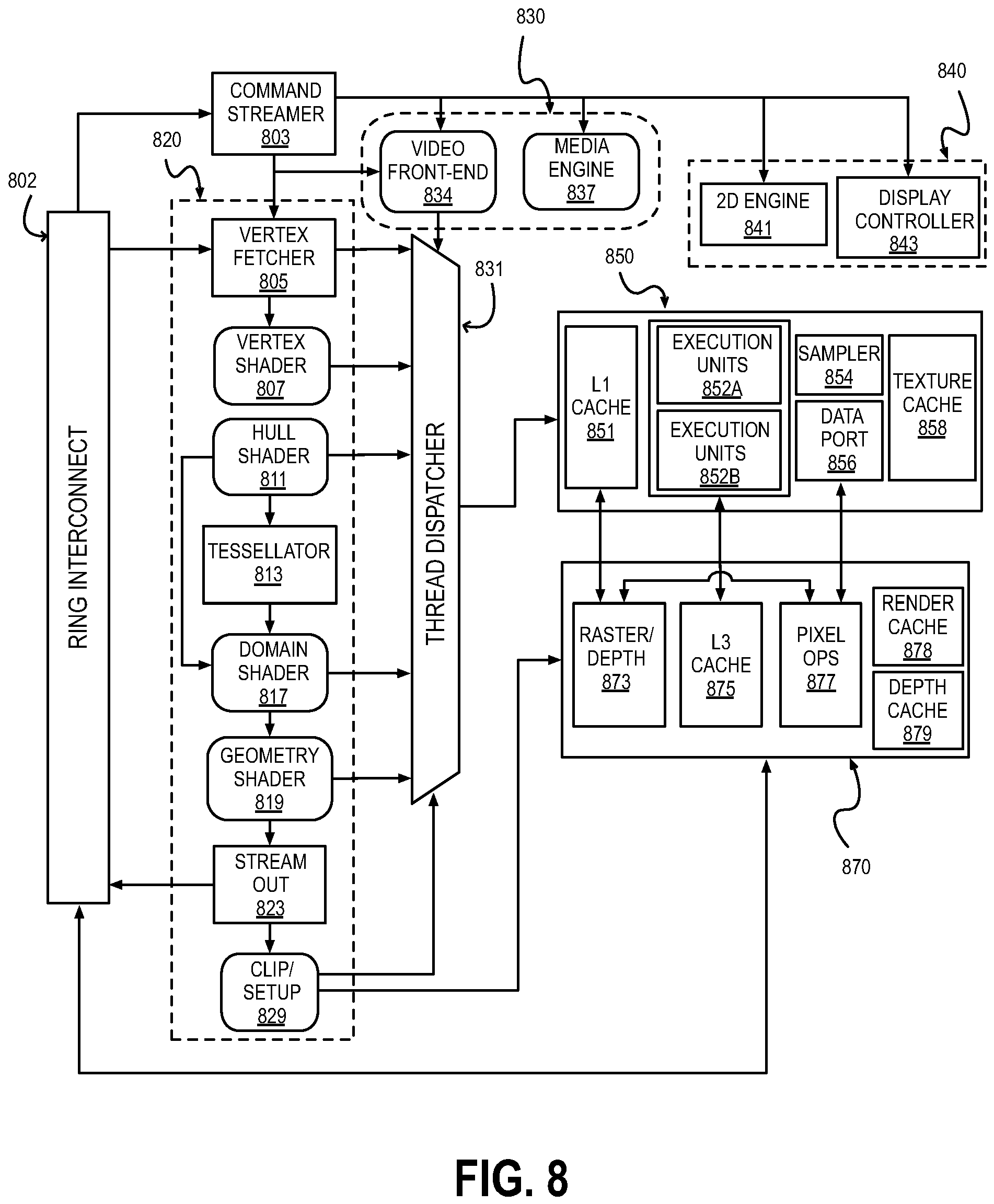 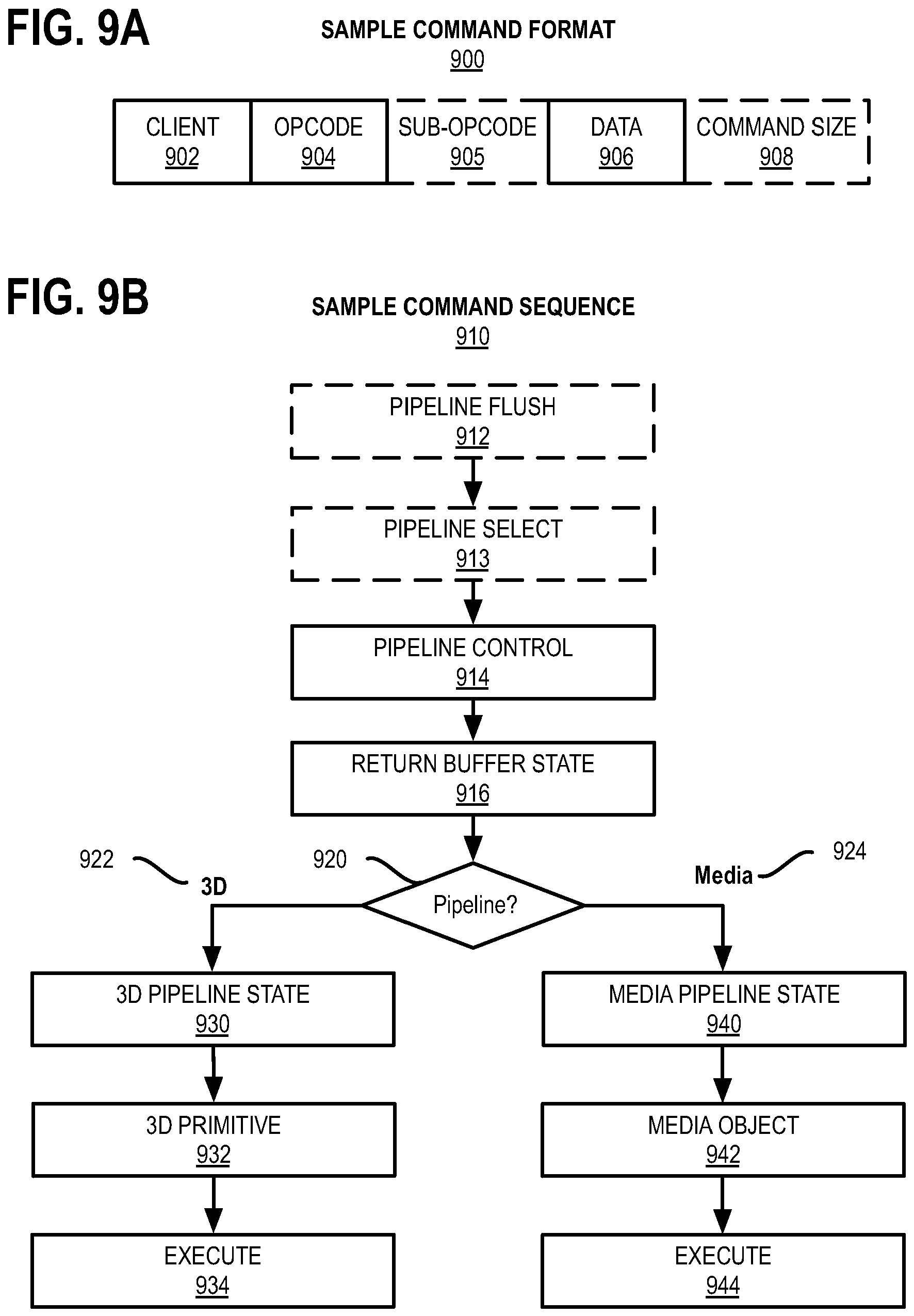 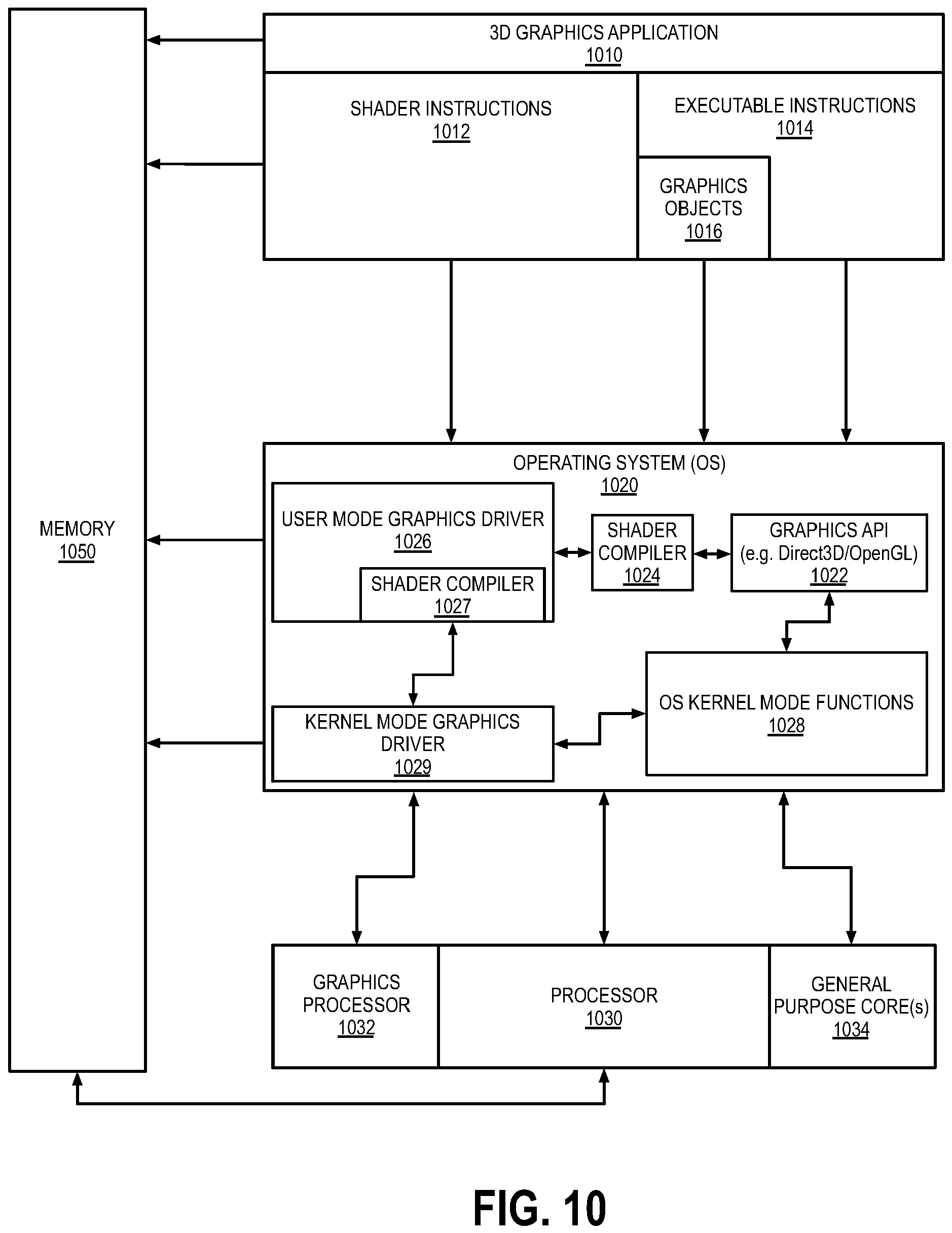 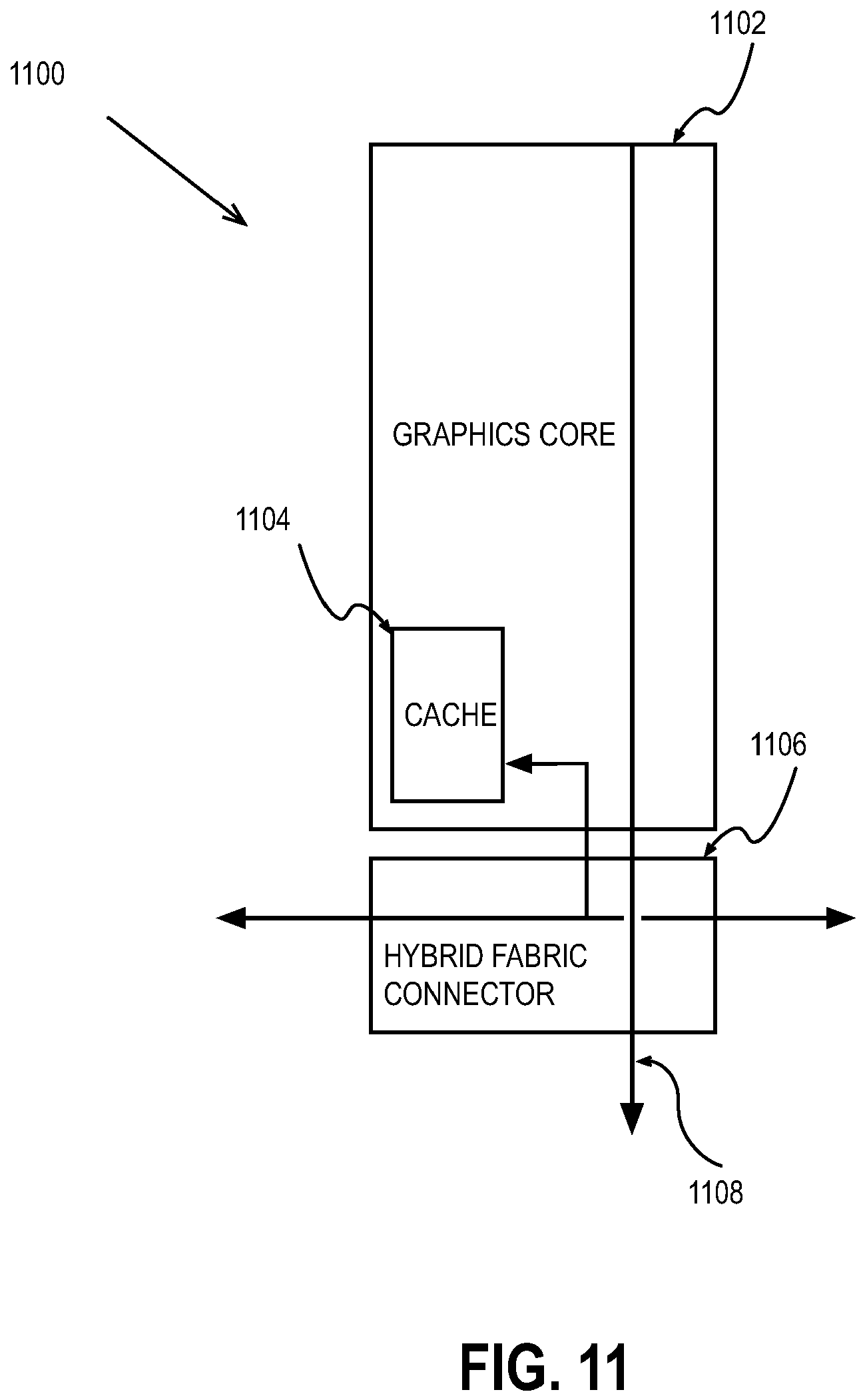 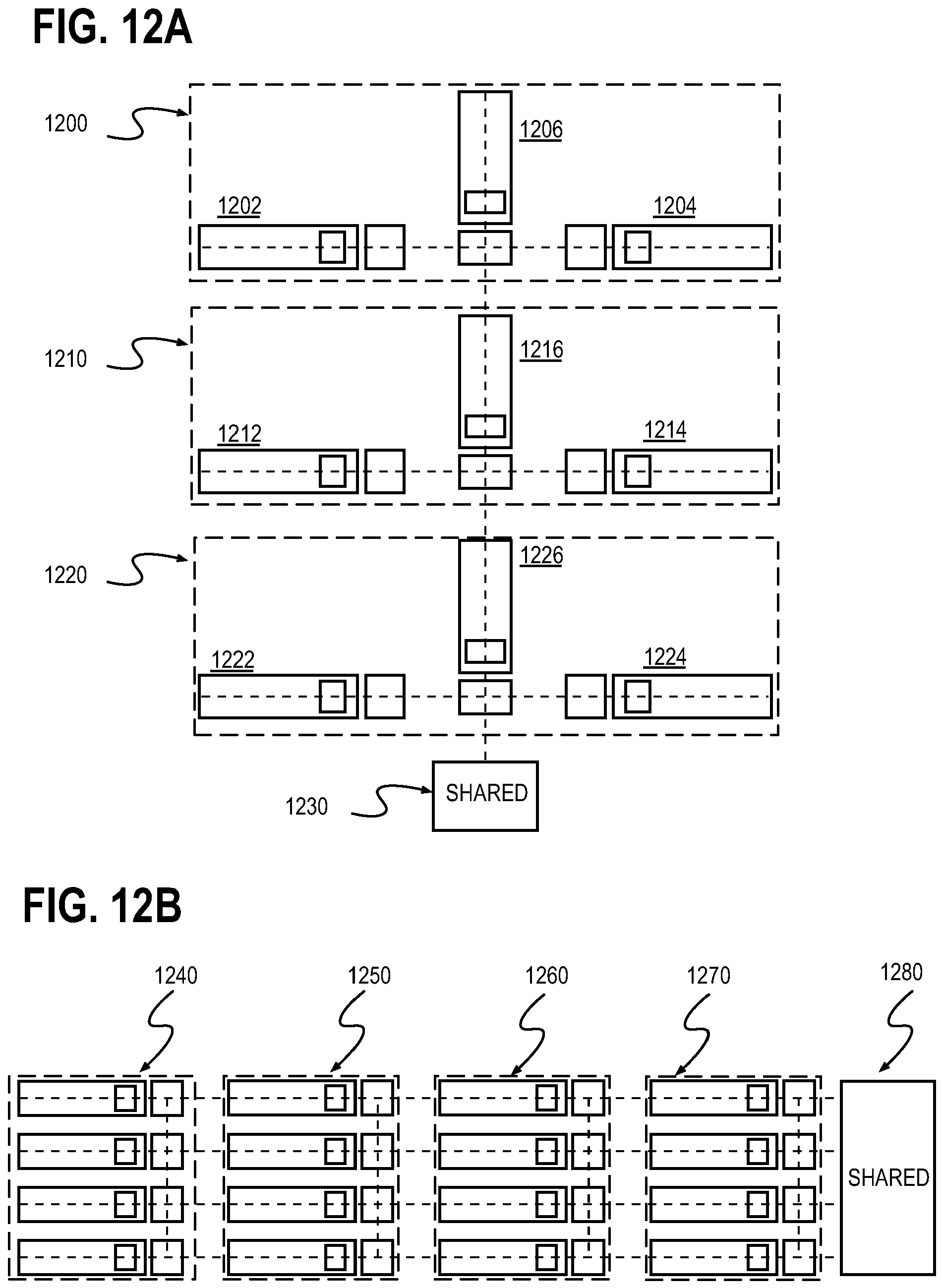 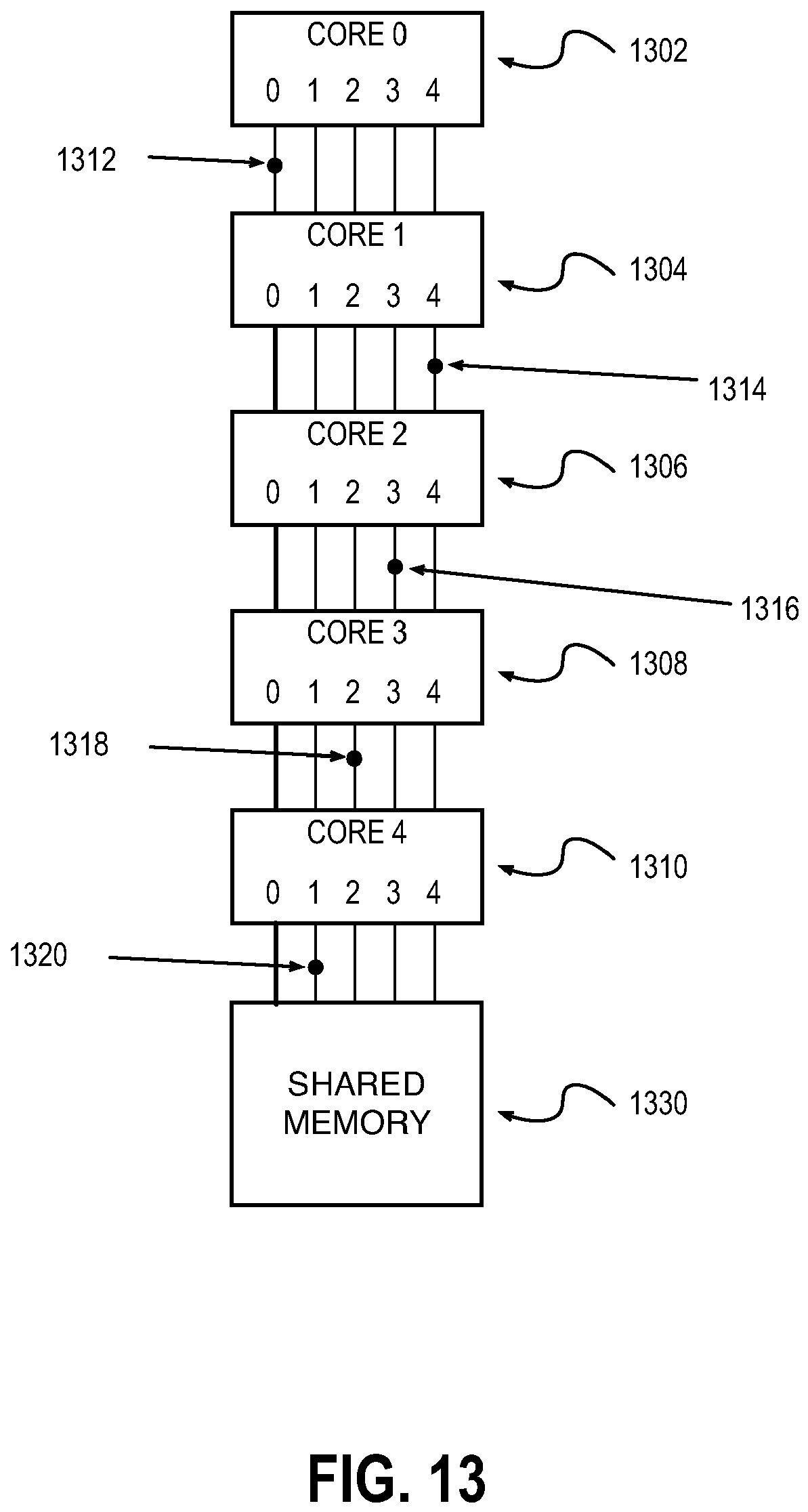 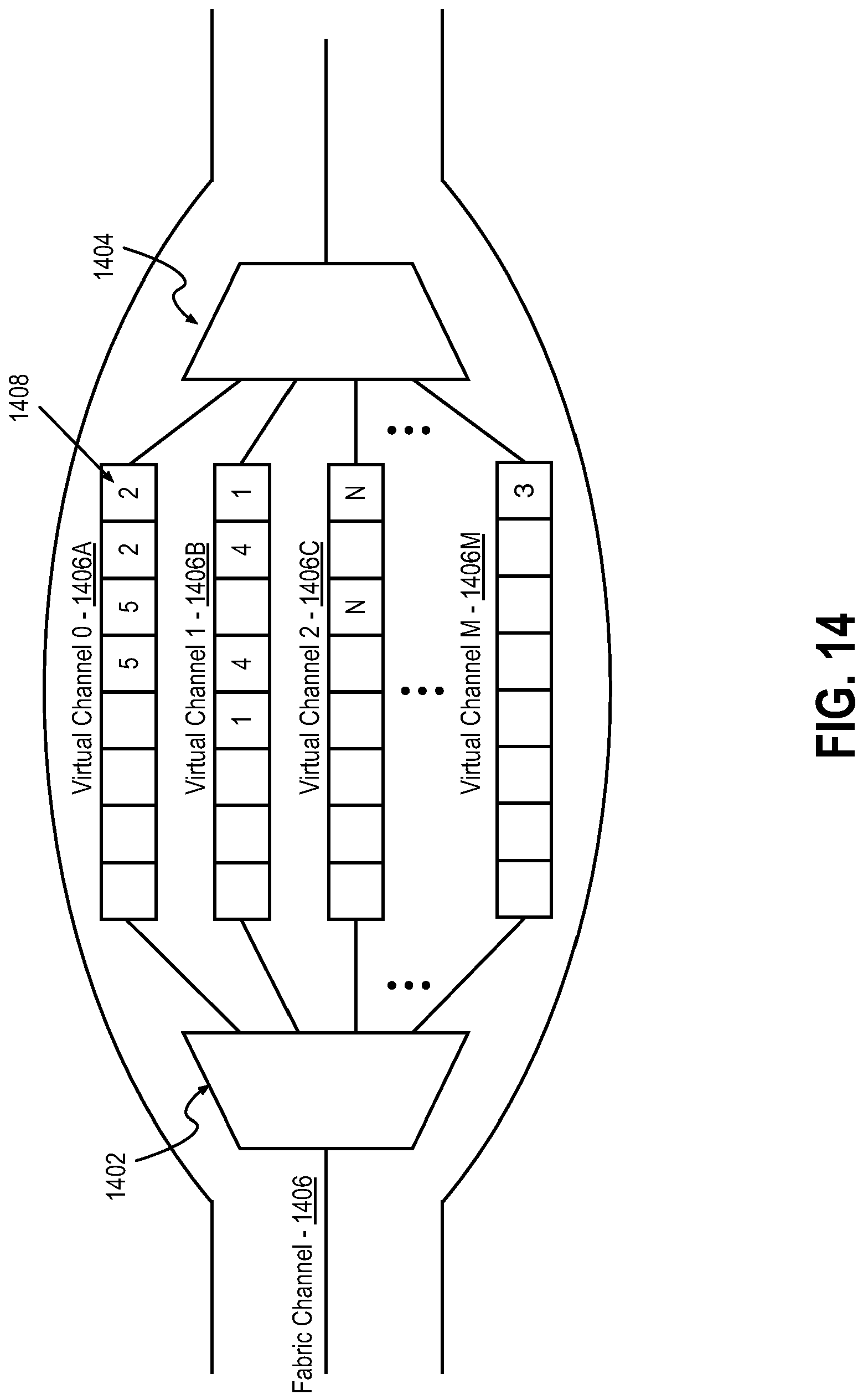 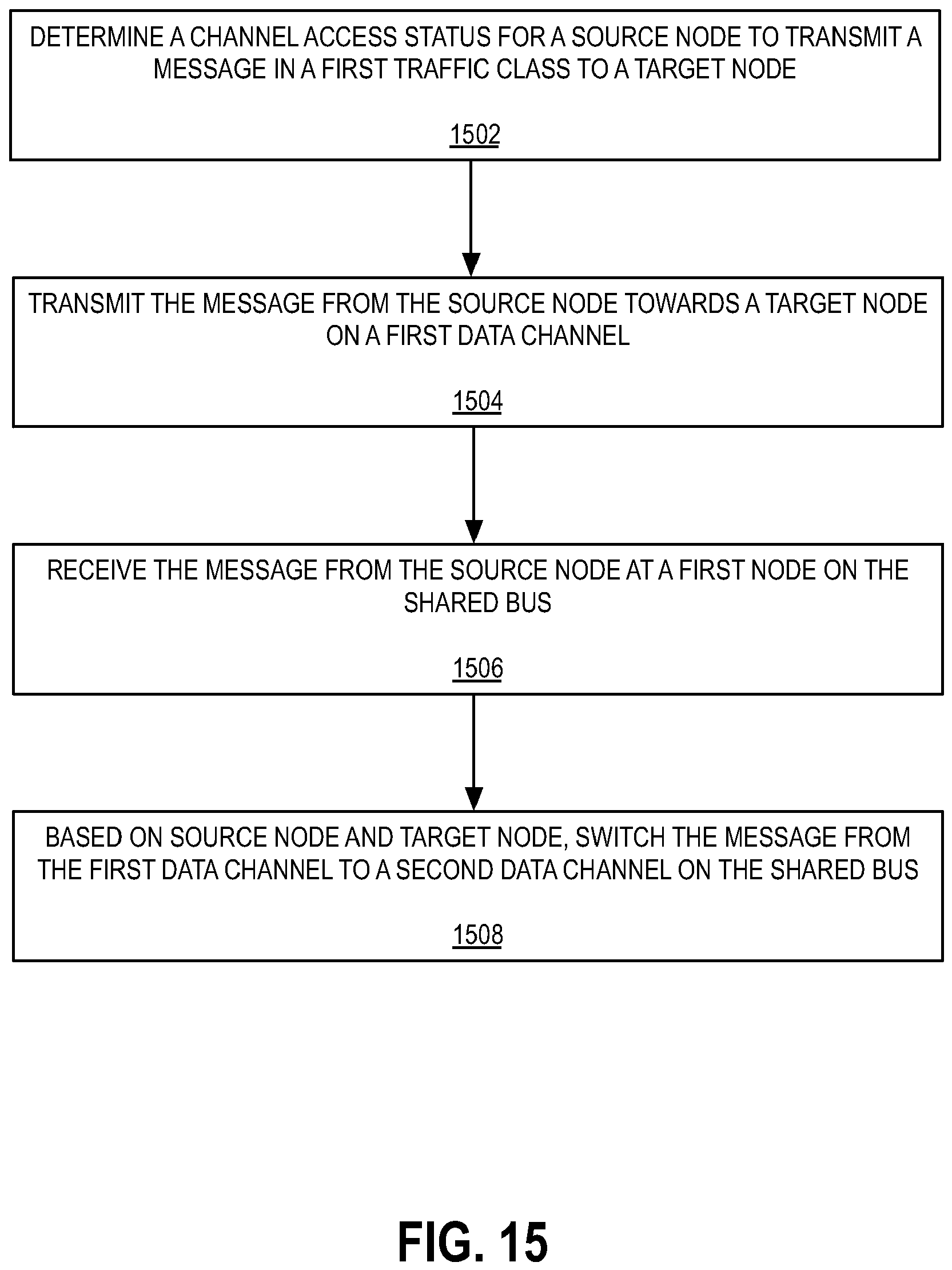