[0001] The following disclosure generally relates to photonic or optical coupling and, more particularly, to photonic coupling using a graded index lens for focusing along multiple axes.

[0002] Optically coupling integrated circuits with other components, such as optically conductive fibers or cabling, involves a propagation of light rays through components configured to transition the light rays from an integrated circuit to another component. The transition can cause a loss or degradation of data due to an ineffective propagation of the light rays during the transition. This degradation may cause slower or ineffective data transfers between the integrated circuit and the coupled component.
[0003] US2010/135615 describes an apparatus for coupling light between input and output waveguides includes a substrate, an input waveguide disposed on the substrate and comprising a first optical axis, and an output waveguide disposed on the substrate and comprising a second optical axis vertically offset from the first optical axis.
[0004] US2003/035620 describes a 3D coupling system includes a layered structure that receives an input of a defined mode size. The layered structure includes a plurality of layers with varying indexes, and outputs a vertically mode converted beam associated with the input beam.
[0005] US6865207 describes a semiconductor laser device with a spot-size converter includes at least a semiconductor laser region emitting light from an end facet thereof and a light waveguide region. The semiconductor laser region and the light waveguide region are integrated on a semiconductor substrate in a horizontal direction. A semiconductor layer is buried in a junction region between the semiconductor laser region and the light waveguide region.

[0006] Exemplary embodiments obtained by a method according to the claimed invention are described herein with reference to the following drawings:

Figure 1 illustrates an example embodiment of a graded-index lens for focusing along multiple axes.

Figures 2A-2B illustrate an example of light rays propagating through a graded-index lens.

Figure 4 illustrates an example flowchart of an embodiment for creating a graded-index lens coupling device.

Figure 6 illustrates an example embodiment of a coupling device implementing a graded-index lens to focus light rays in multiple axes.

[0023] Further, the sinusoidal path length for a period, P, of light rays manipulated by a parabolic refractive index lens is given by Equation 3.

removing deposited material from parallel surfaces of the body; and 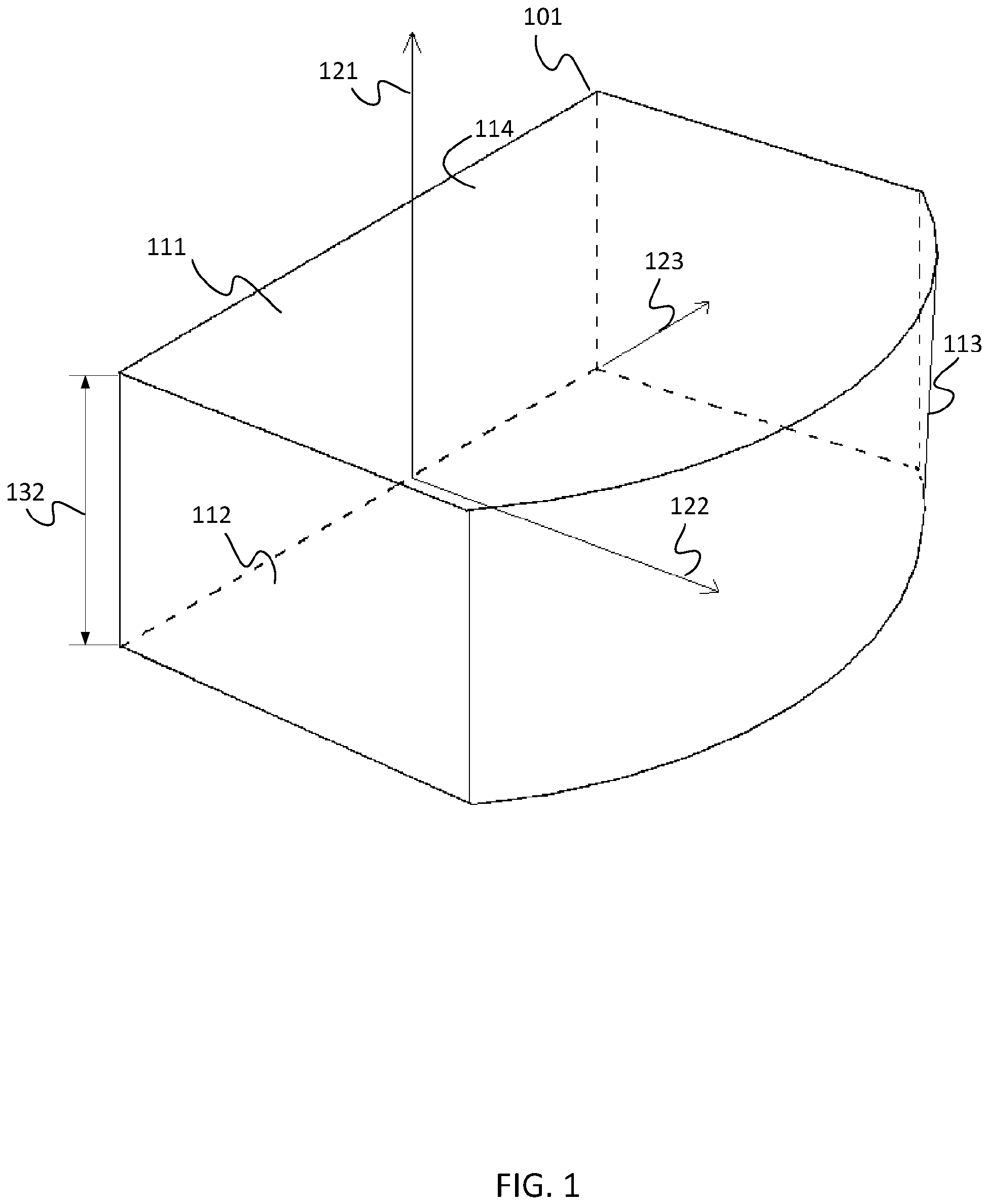 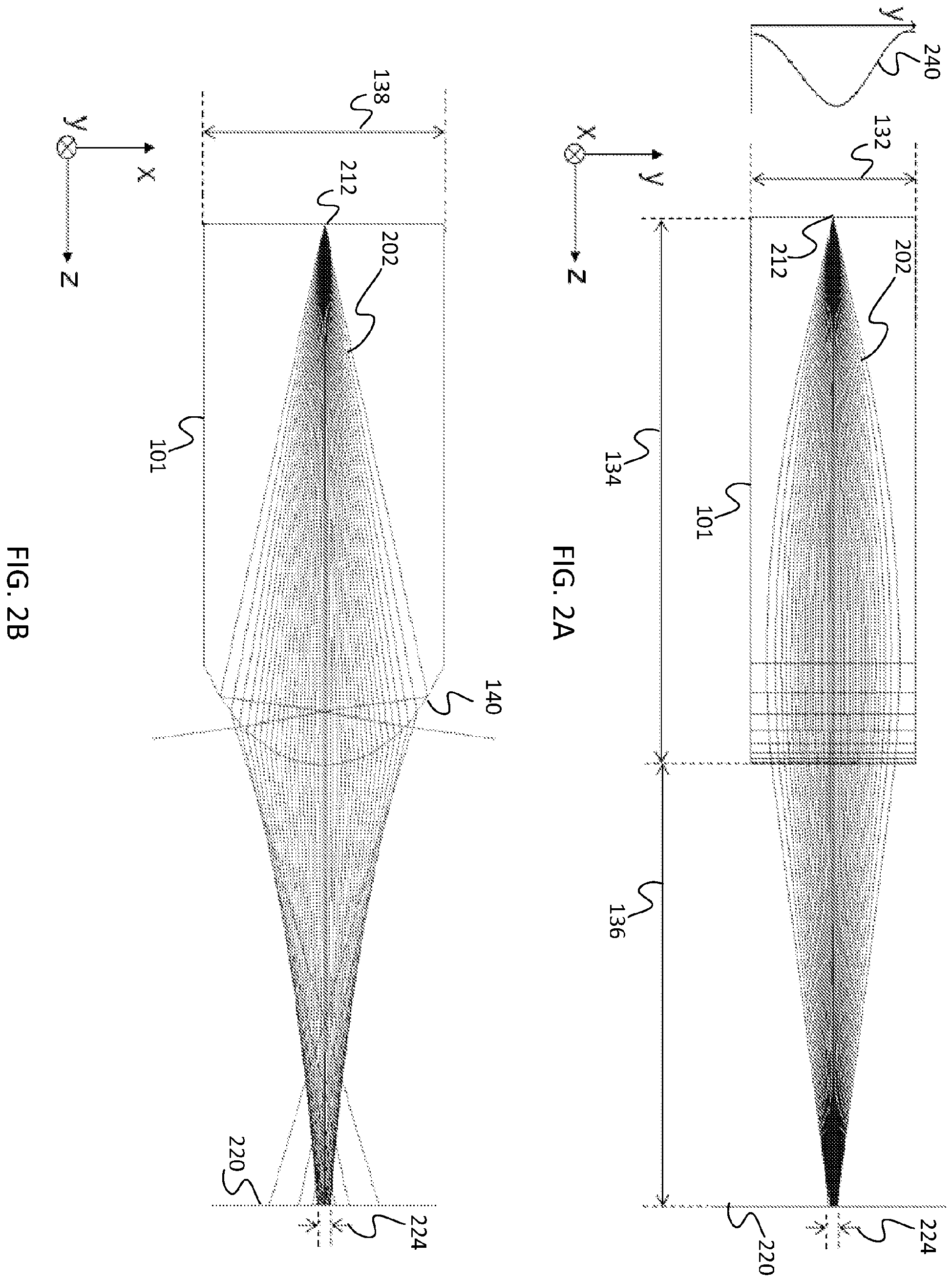 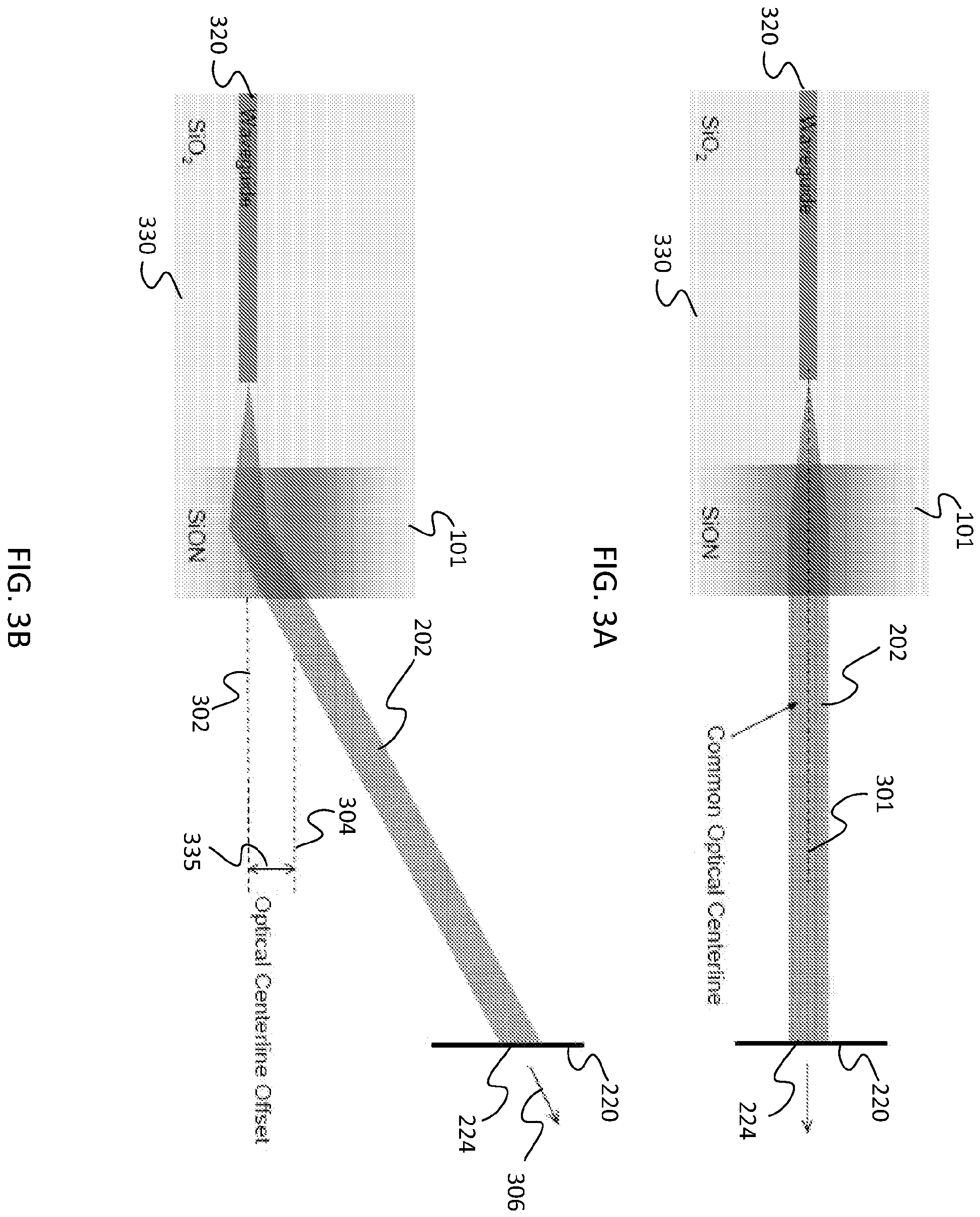 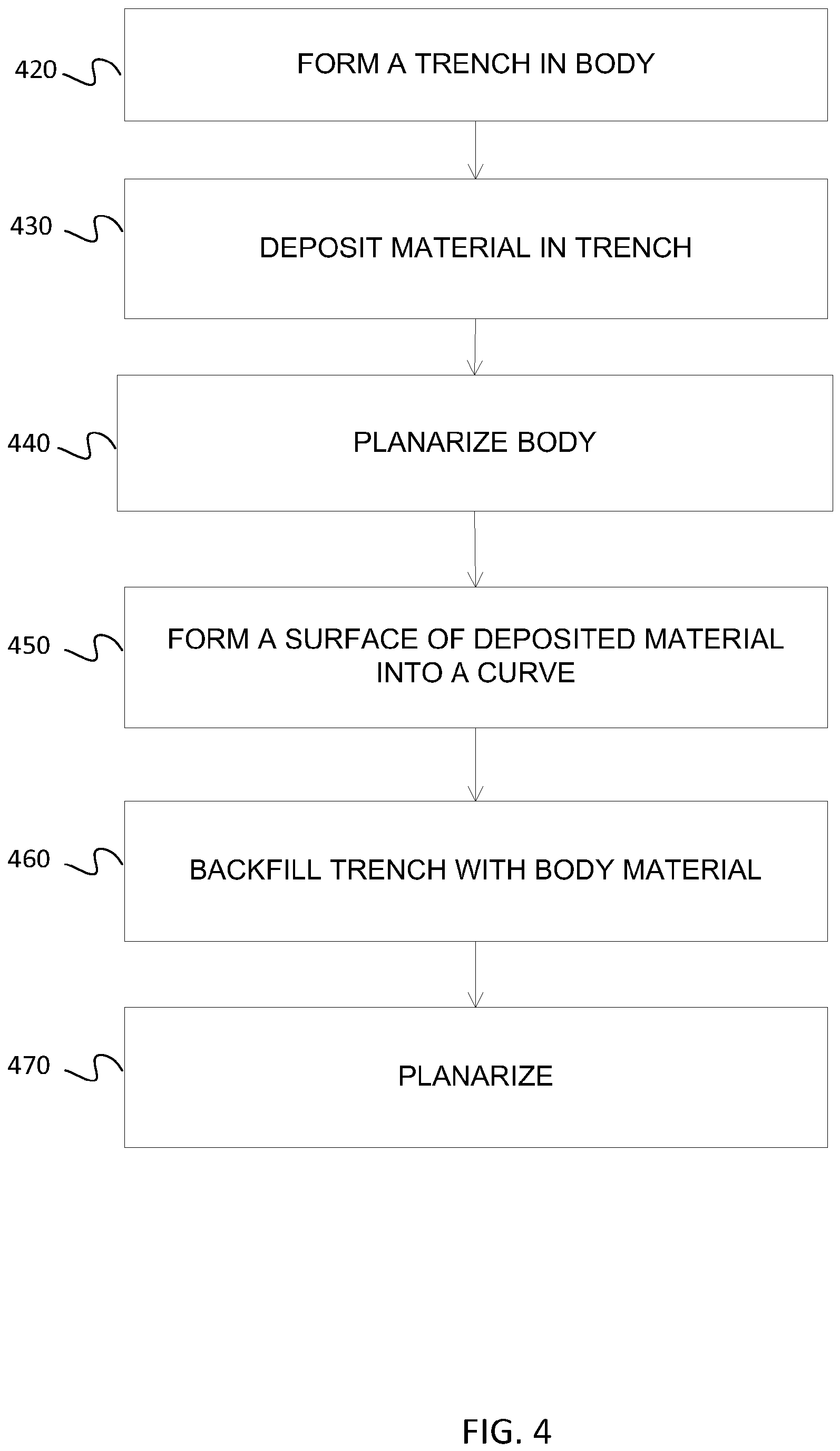 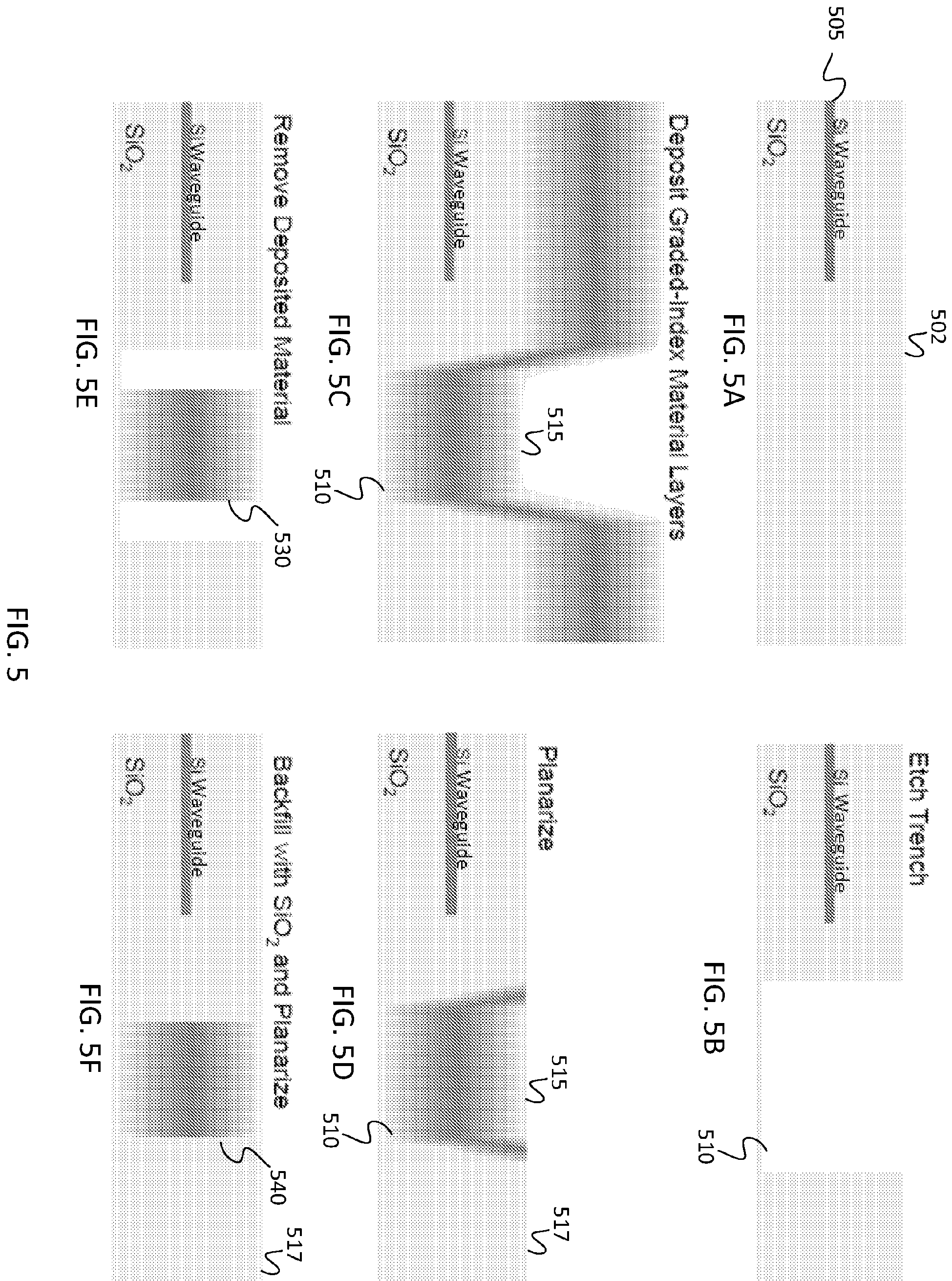 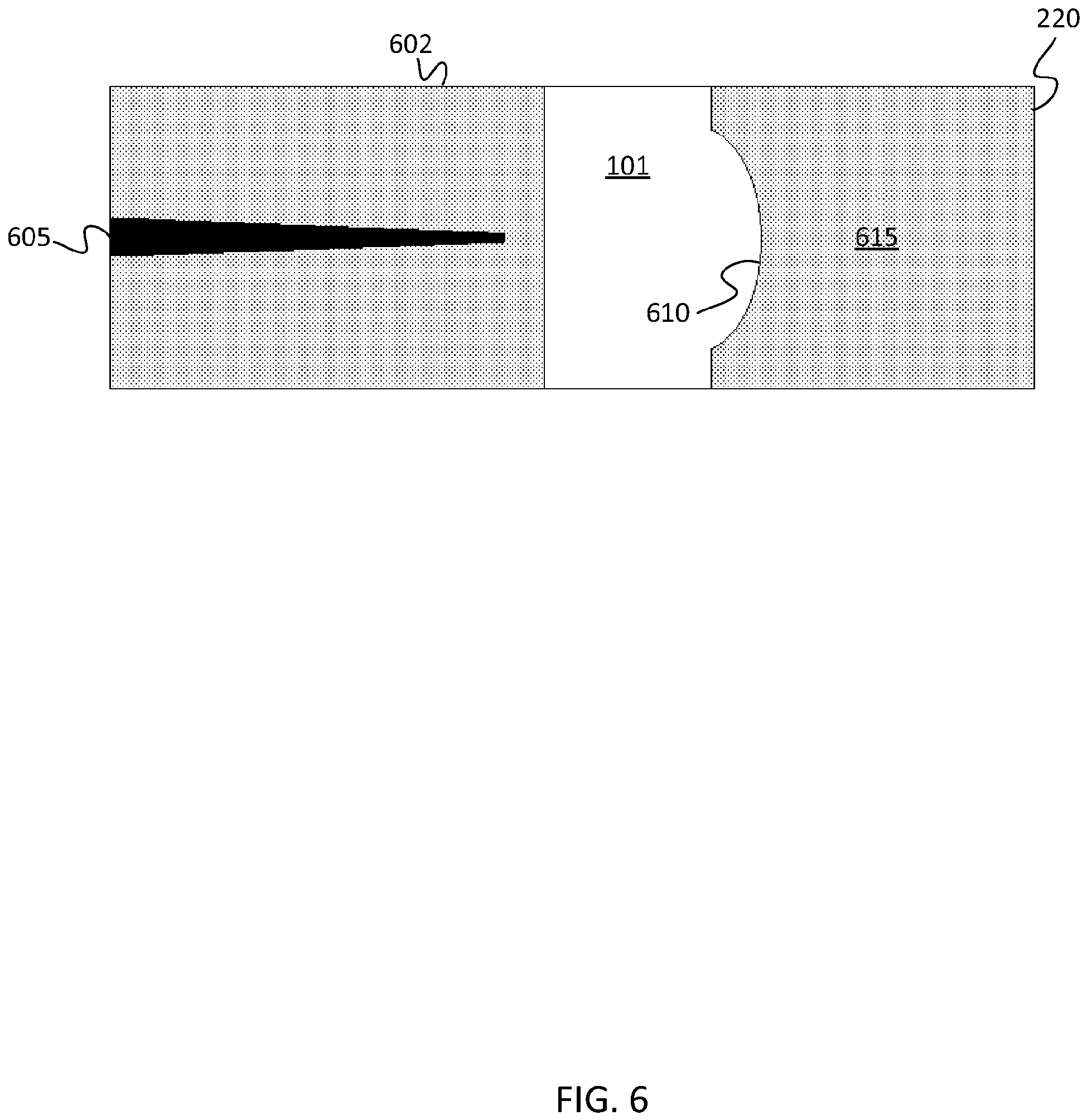