[0003] Low power and Lossy Networks (LLNs), e.g., sensor networks, have a myriad of applications, such as Smart Grid and Smart Cities. Various challenges are presented with LLNs, such as lossy links, low bandwidth, battery operation, low memory and/or processing capability of a device, etc. Changing environmental conditions may also affect device communications. For example, physical obstructions (e.g., changes in the foliage density of nearby trees, the opening and closing of doors, etc.), changes in interference (e.g., from other wireless networks or devices), propagation characteristics of the media (e.g., temperature or humidity changes, etc.), and the like, also present unique challenges to LLNs.
[0004] In contrast to many traditional computer networks, LLN devices typically communicate via shared- media links. For example, LLN devices that communicate wirelessly may communicate using overlapping wireless channels (e.g., frequencies). In other cases, LLN devices may communicate with one another using shared power line communication (PLC) links. For example, in a Smart Grid deployment, an electric utility may distribute power to various physical locations. At each location may be a smart meter that communicates wirelessly and/or using the electrical power distribution line itself as a communication medium.
[0005] US Patent No. 8,111,649 discloses a system for routing packets in a network. A router may receive a packet at an input port which originated from a source system and which is destined to a destination system. The packet may include a traffic-management field which enables the source system to influence how the packet is routed through the network without requiring the source system to explicitly specify nodes that the packet should traverse. The router can use the traffic-management field to select an output port from a set of output ports of the router that are associated with different paths to the destination system. Since the traffic-management field's value is set by the source system, it enables the source system to influence how the router selects the output port, thereby enabling the source system to influence how the packet is routed through the network.
[0006] An article by Wang F. et al, entitled "Improving TCP performance over mobile ad-hoc networks with out-of-order detection and response" published at MobiHoc '02 in Proceedings of the 3rd ACM international symposium on Mobile ad hoc networking & computing, Pages 217 - 225, June 2002 discloses a method in a MANET of improving TCP performance by detecting and responding to out-of-order packet delivery events, which are the results of frequent route changes. US 2014/169383 discloses that seamless path switching can occur in a multi-hop network based upon stream marker packets and additional path distinguishing operations. A device receiving out-of-order packets on the same ingress interface is capable of determining a proper order for the incoming packets having different upstream paths. Packets may be reordered at a relay device or a destination device based upon where a path update is initiated.

[0007] The embodiments herein may be better understood by referring to the following description in conjunction with the accompanying drawings in which like reference numerals indicate identically or functionally similar elements, of which:

FIGS. 5A-5C illustrate examples of a packet flow being marked as being sensitive to packet reordering;

FIGS. 6A-6C illustrate an example of a packet being marked as having been sent along a different path than prior packets in the flow;

FIGS. 7A-7C illustrate an example of packets of a flow being forwarded in sequence;

FIGS. 8A-8B illustrate an example of a rerouting strategy being adjusted;

FIG. 9 illustrates an example simplified procedure for marking packets sensitive to packet reordering when routed differently than other packets in a flow; and

determining (910), by a device in a Low Power and Lossy Network, LLN, that a particular packet flow in the LLN is sensitive to packet reordering based on a policy received from a supervisory device;

forwarding, by the device to the reordering device, the marked packet.

4. The method as in claim 2, wherein the at least one packet is sent via a protocol that does not include packet ordering information, and wherein the second type of marking comprises an indicated sequence number.

7. The method as in claim 6, wherein the indication is piggybacked in a data packet sent in a direction opposite that of the particular packet flow.

9. The method as in claim 8, wherein the device adjusts the routing strategy by stopping a load balancing mechanism used to balance path loads or by reducing a cost difference between two or more routing paths.

determining (1010), by a reordering device in a Low Power and Lossy network, LLN, that a particular packet flow is sensitive to packet reordering based on a policy received from a supervisory device;

forwarding (1025), by the reordering device, all buffered packets of the particular packet flow in sequential order.

12. The method as in claim 11, further comprising:
decapsulating, by the reordering device, the particular packet, prior to forwarding the packet.

14. The method as in claim 13, wherein the indication is piggybacked in a data packet sent in a direction opposite that of the particular packet flow.

one or more network interfaces (210) to communicate with a segment routed network;

a processor (220) coupled to the one or more network interfaces (210) and configured to execute one or more processes; and

a memory (240) configured to store a process executable by the processor (220), the process when executed operable to perform all steps of a method according to any one of the preceding claims. 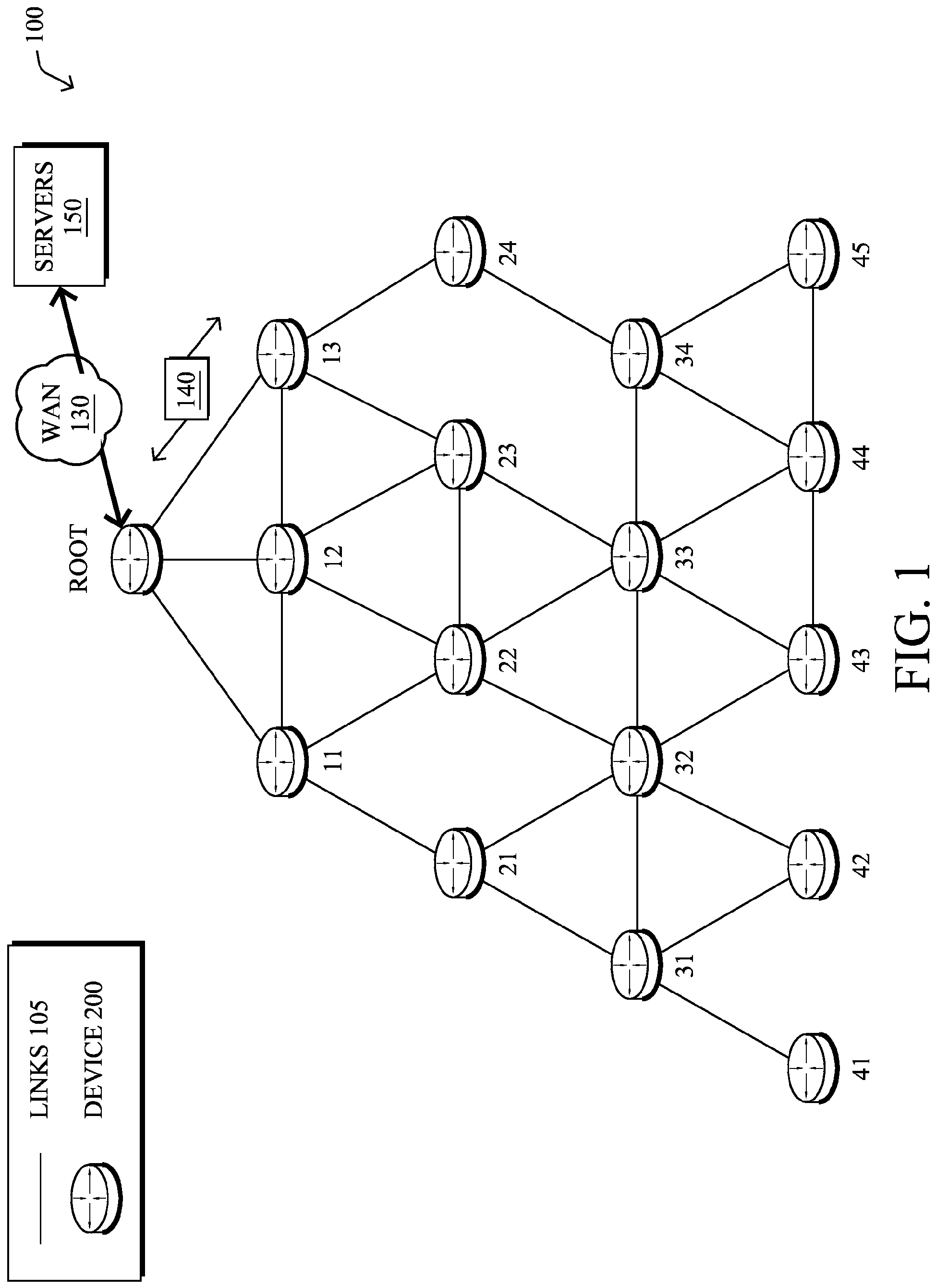 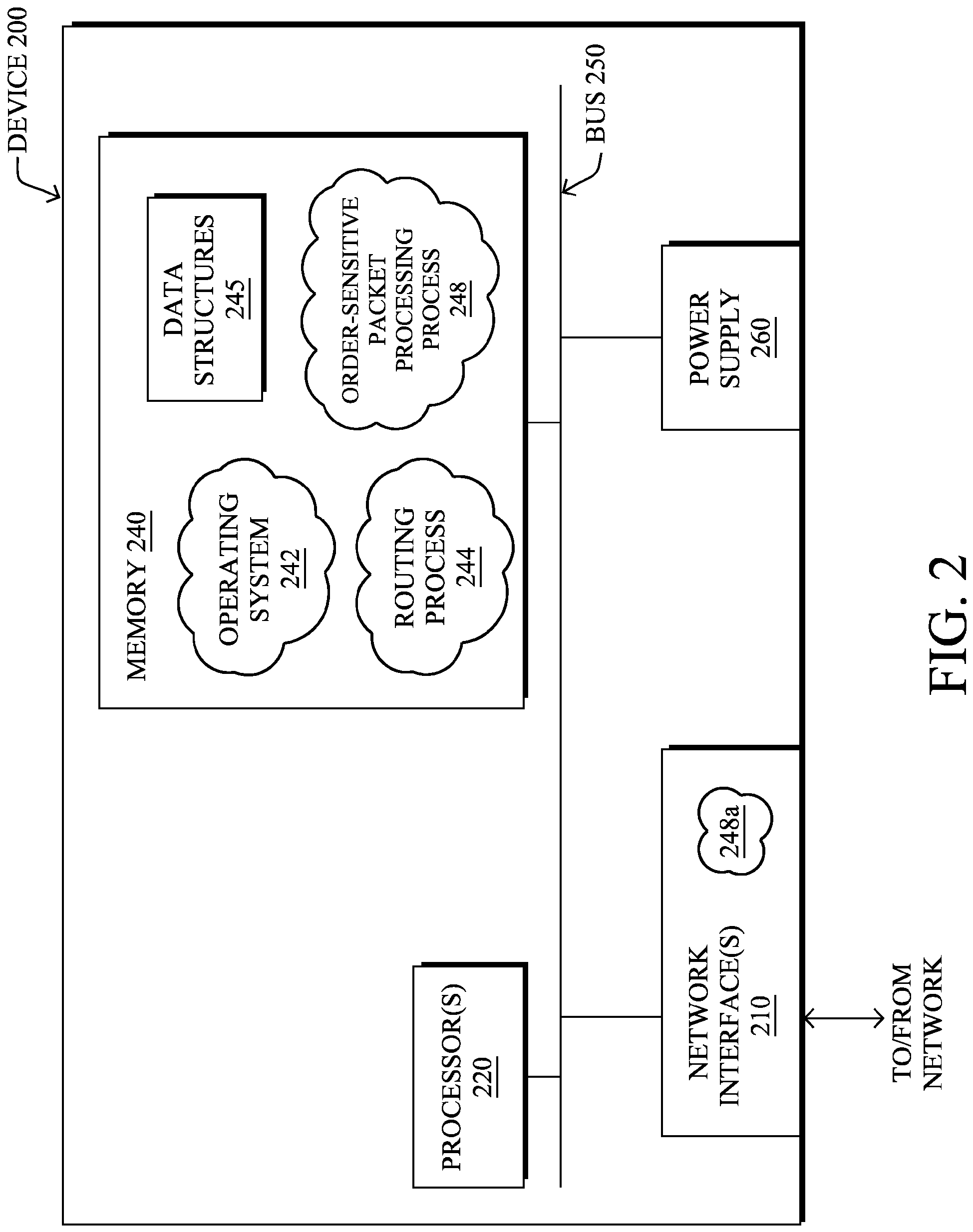 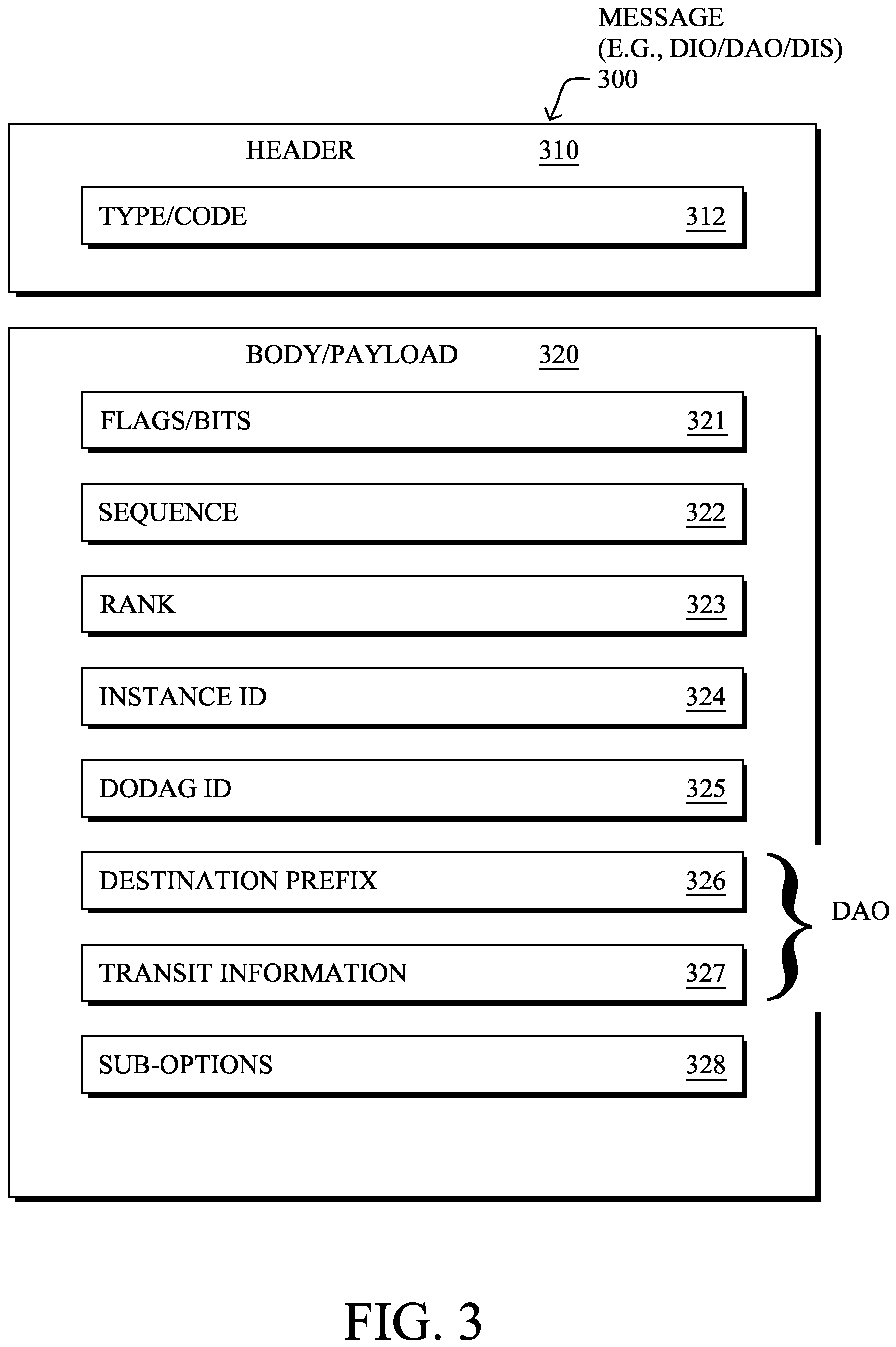 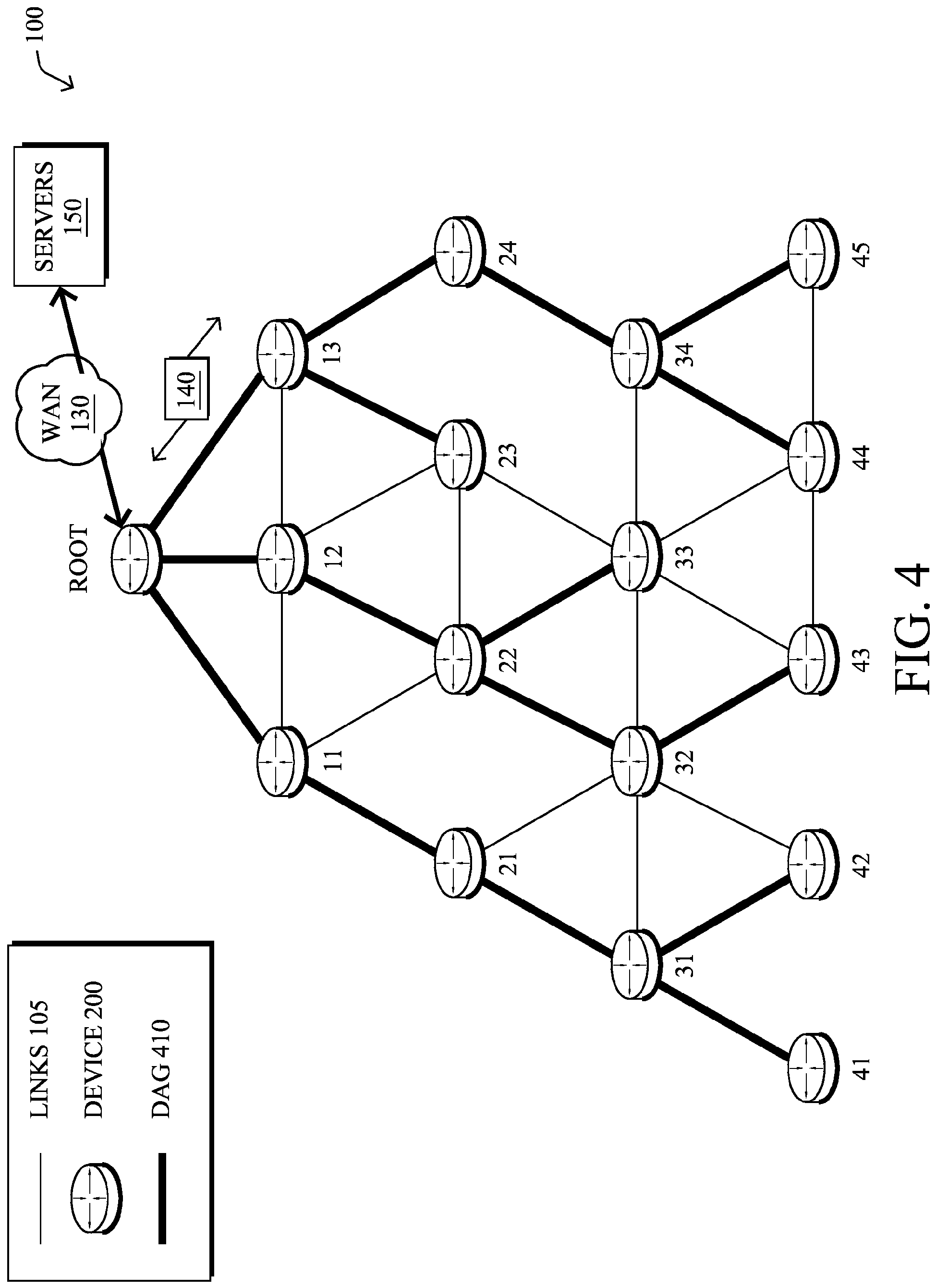 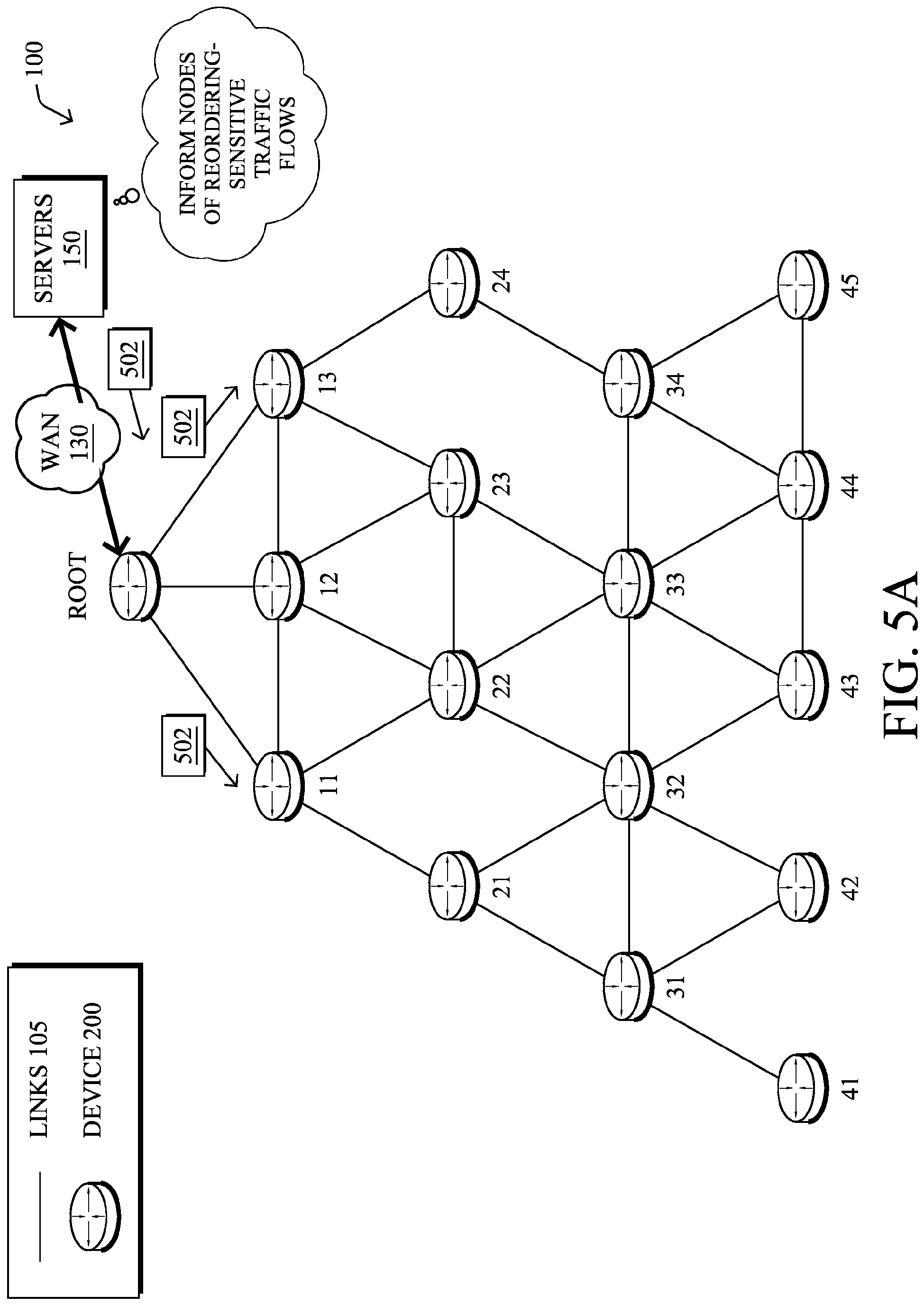 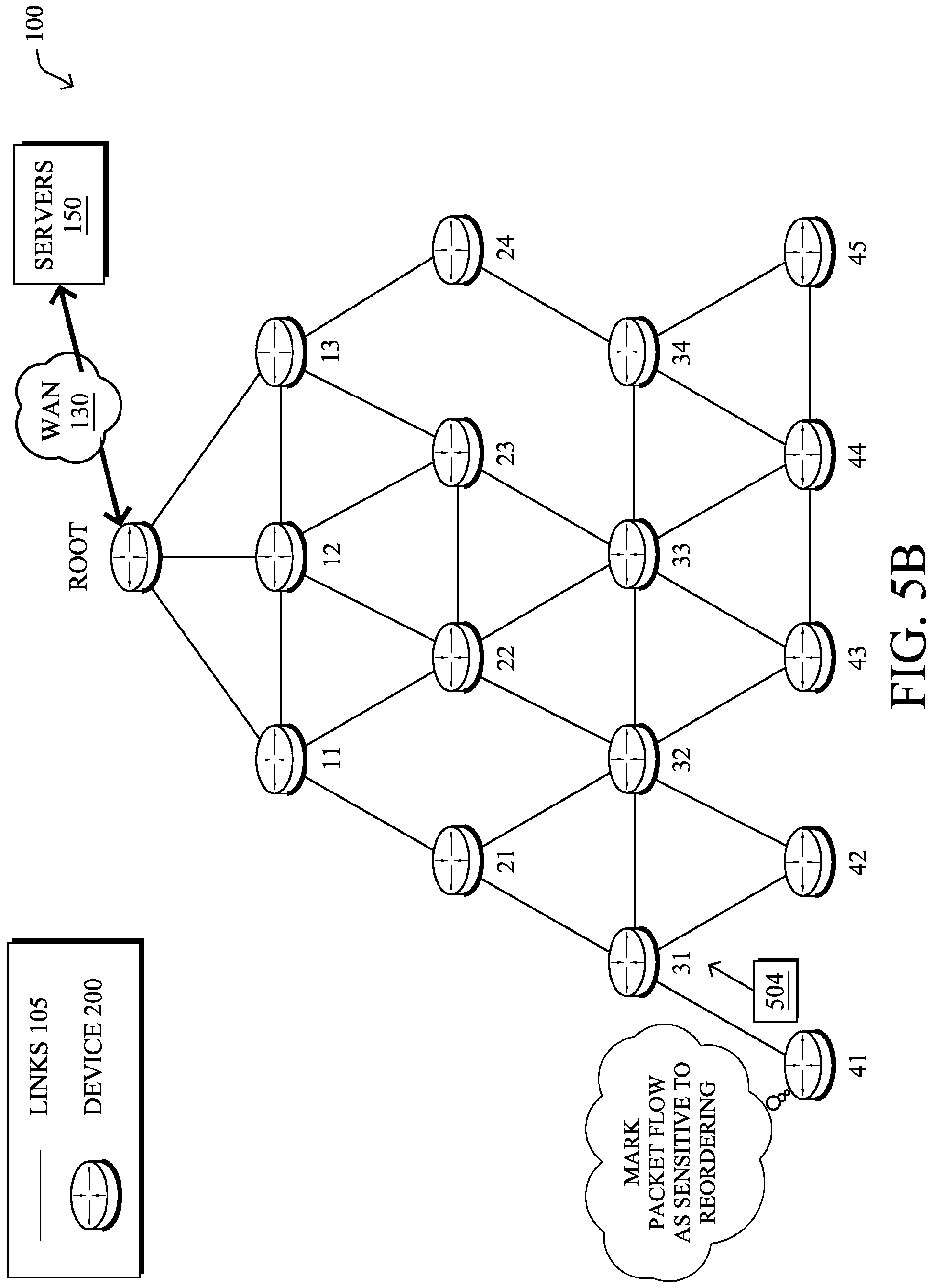 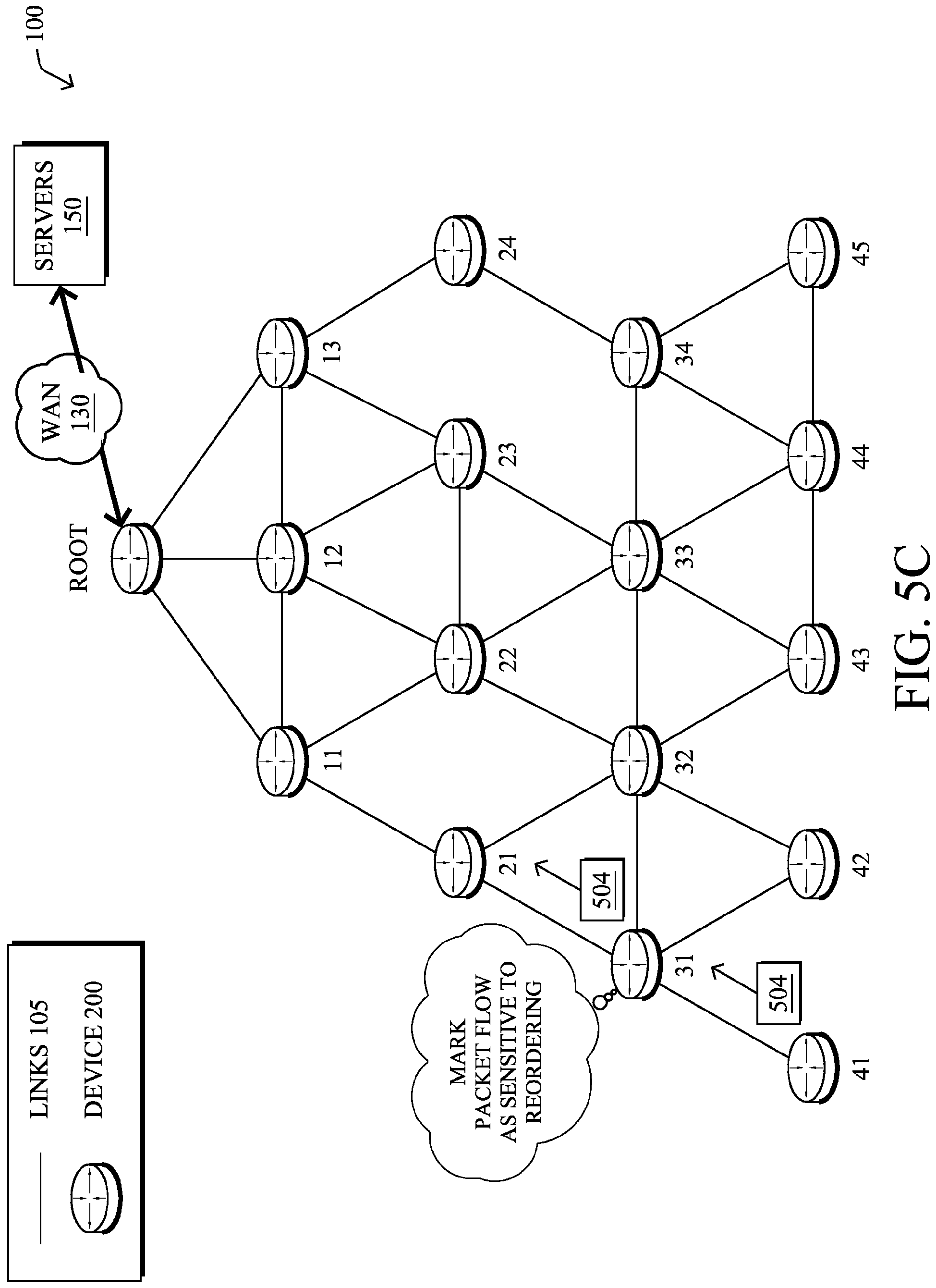 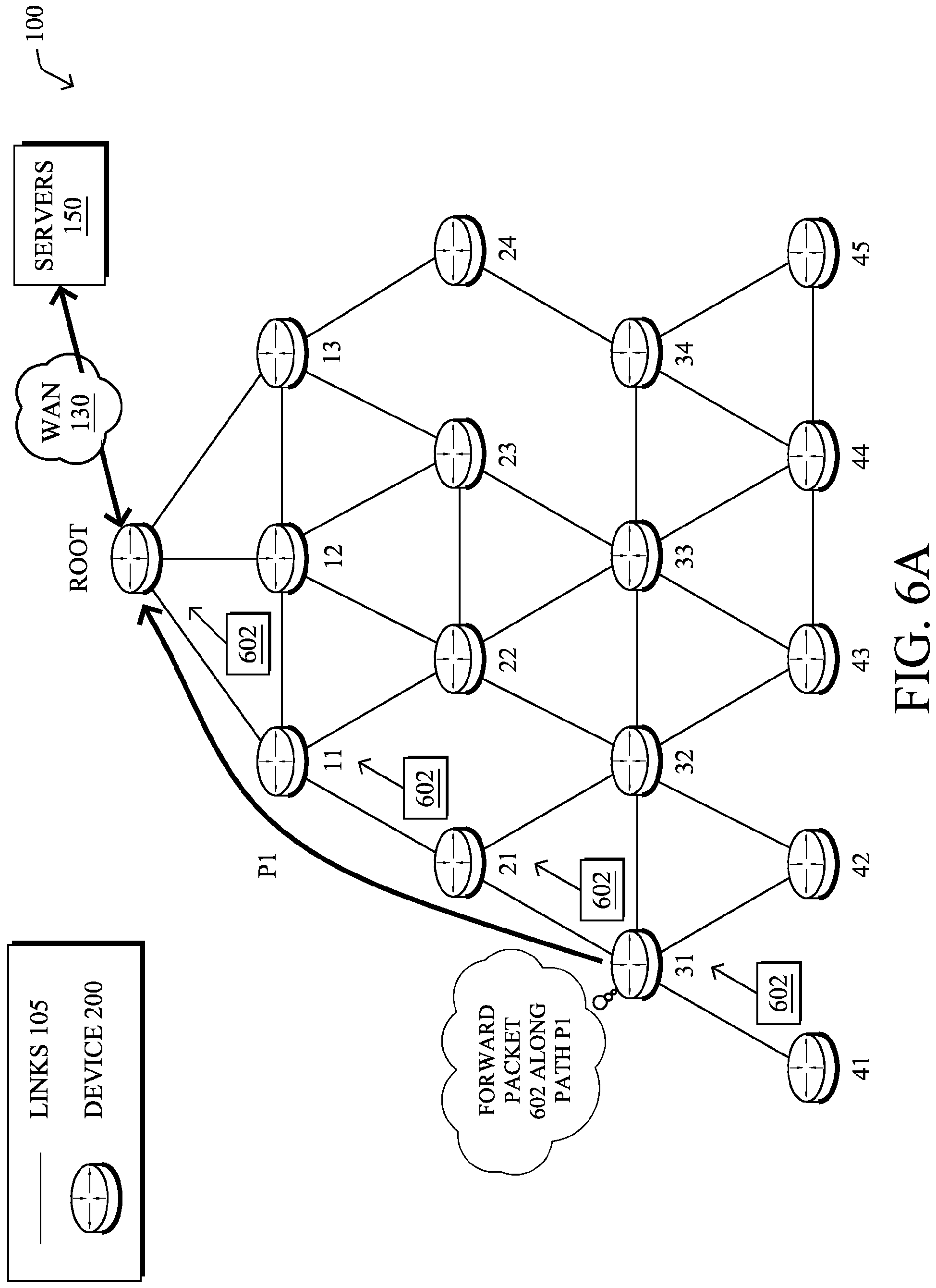 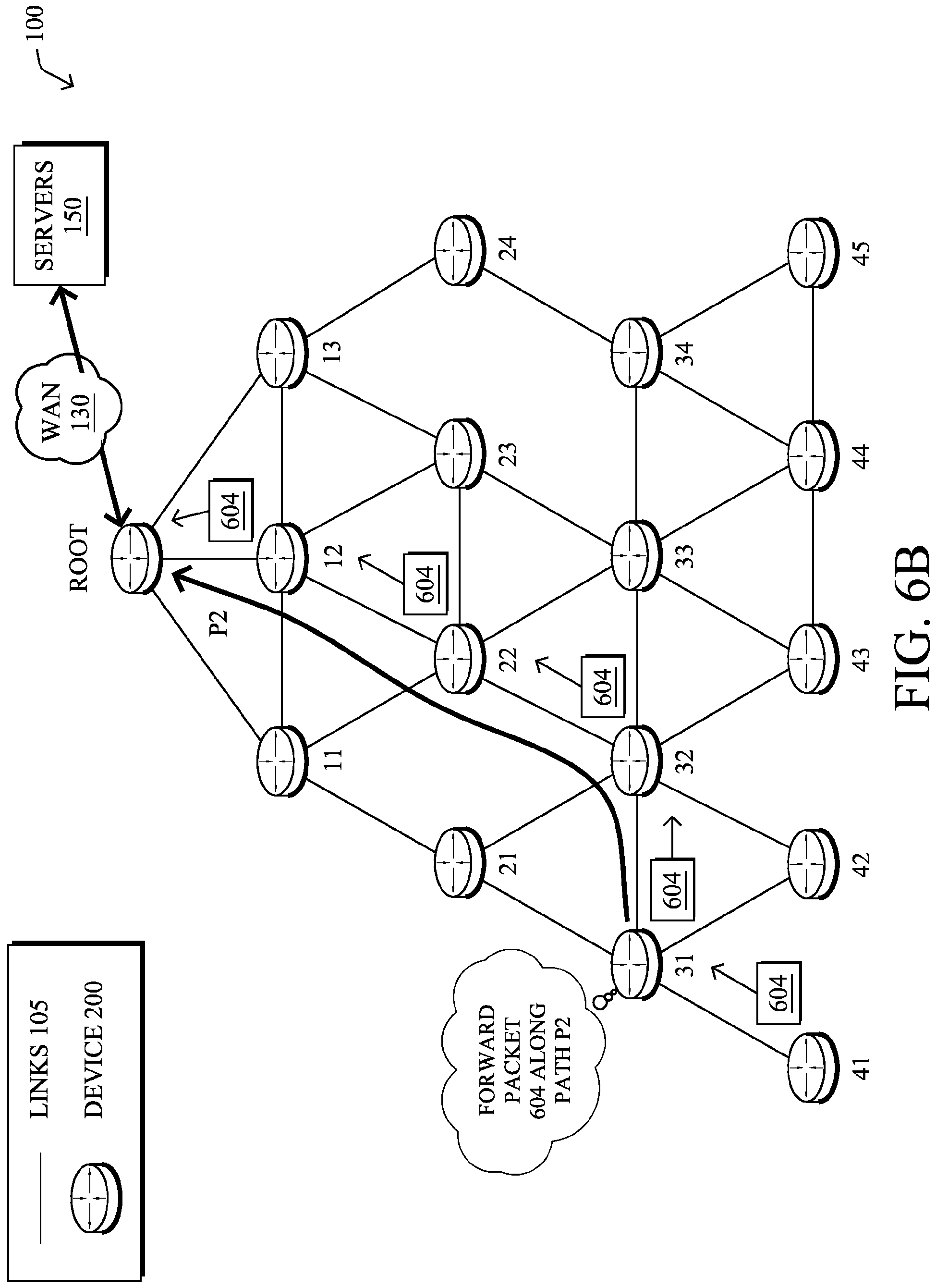 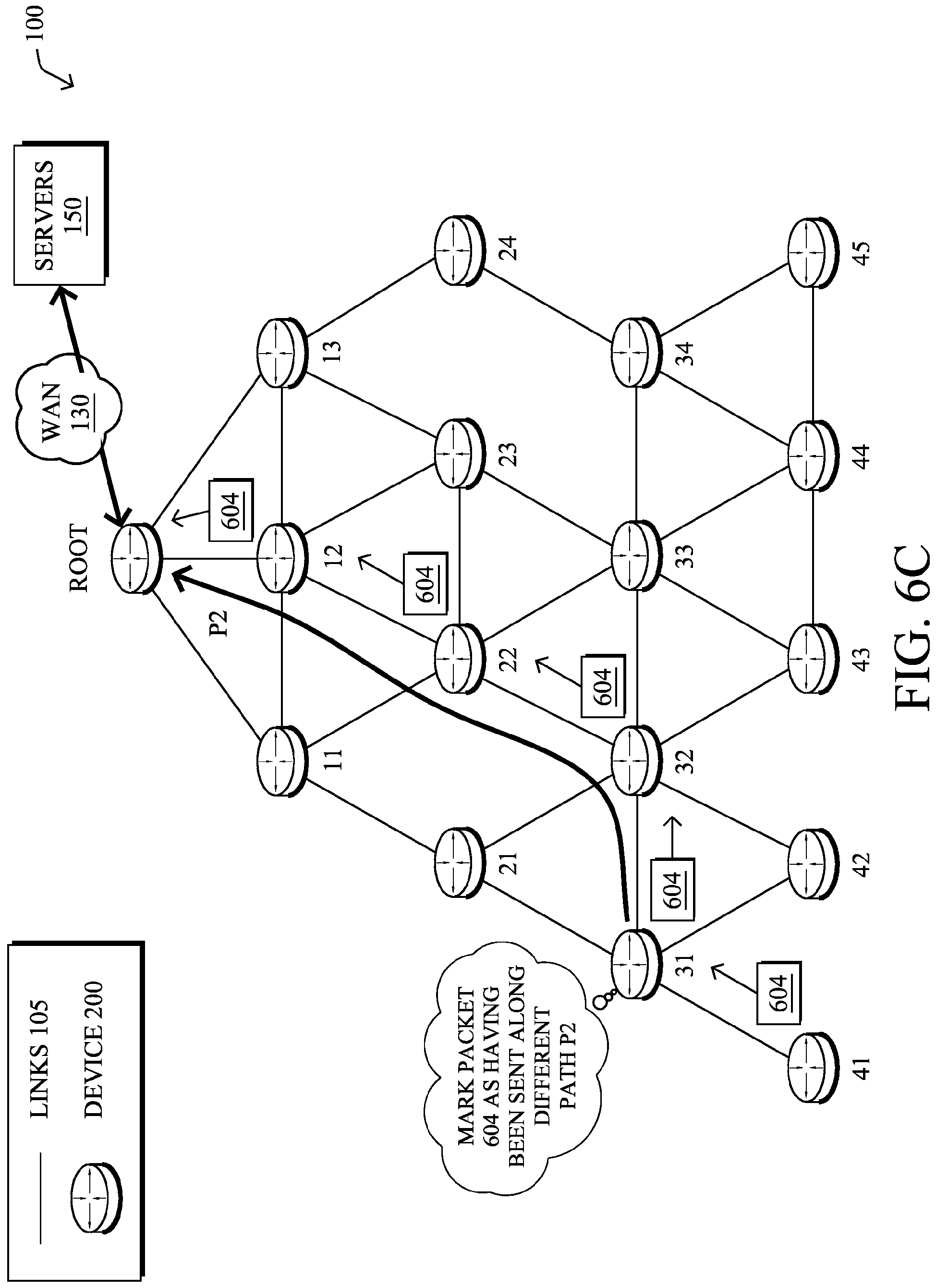 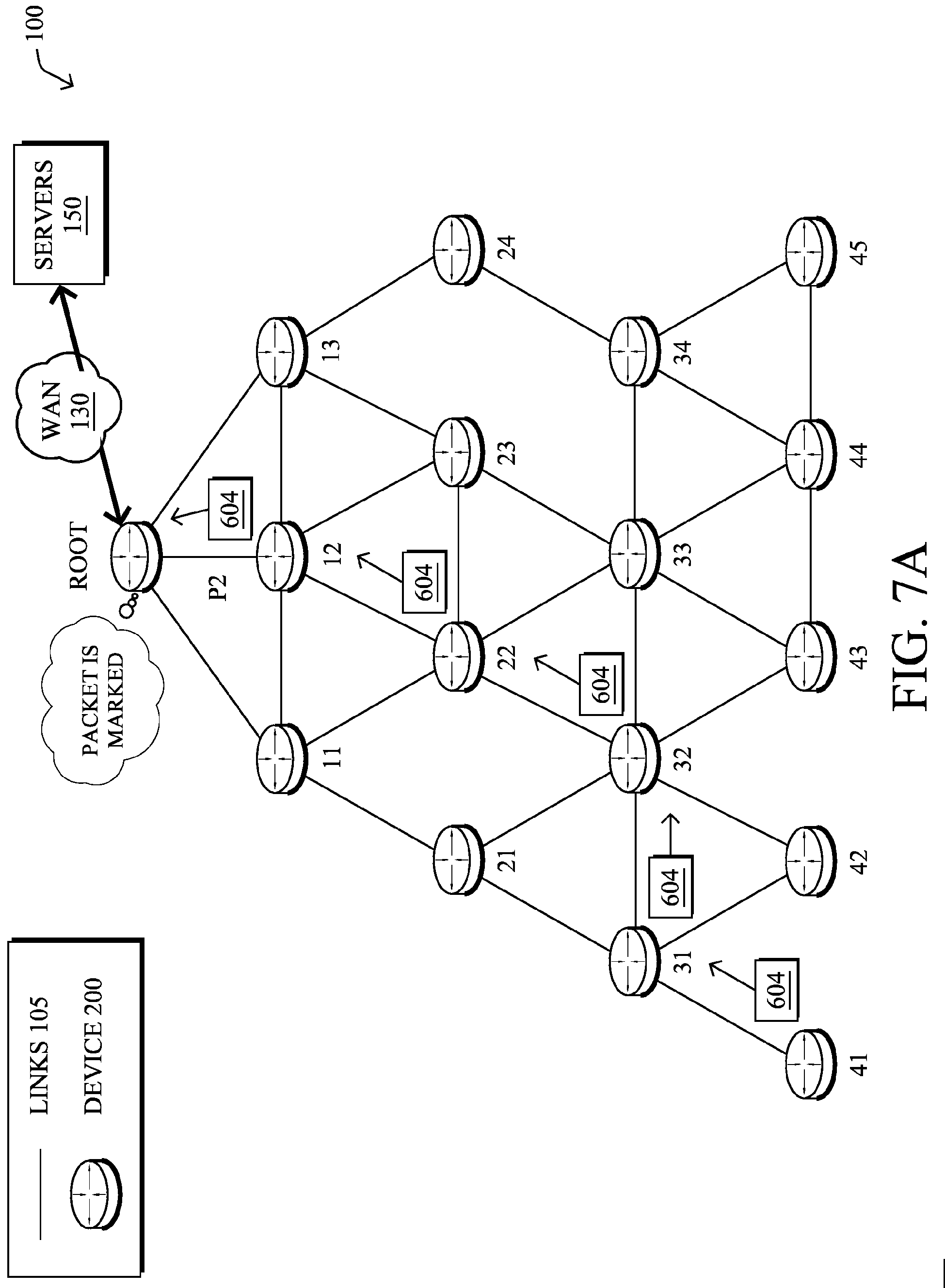 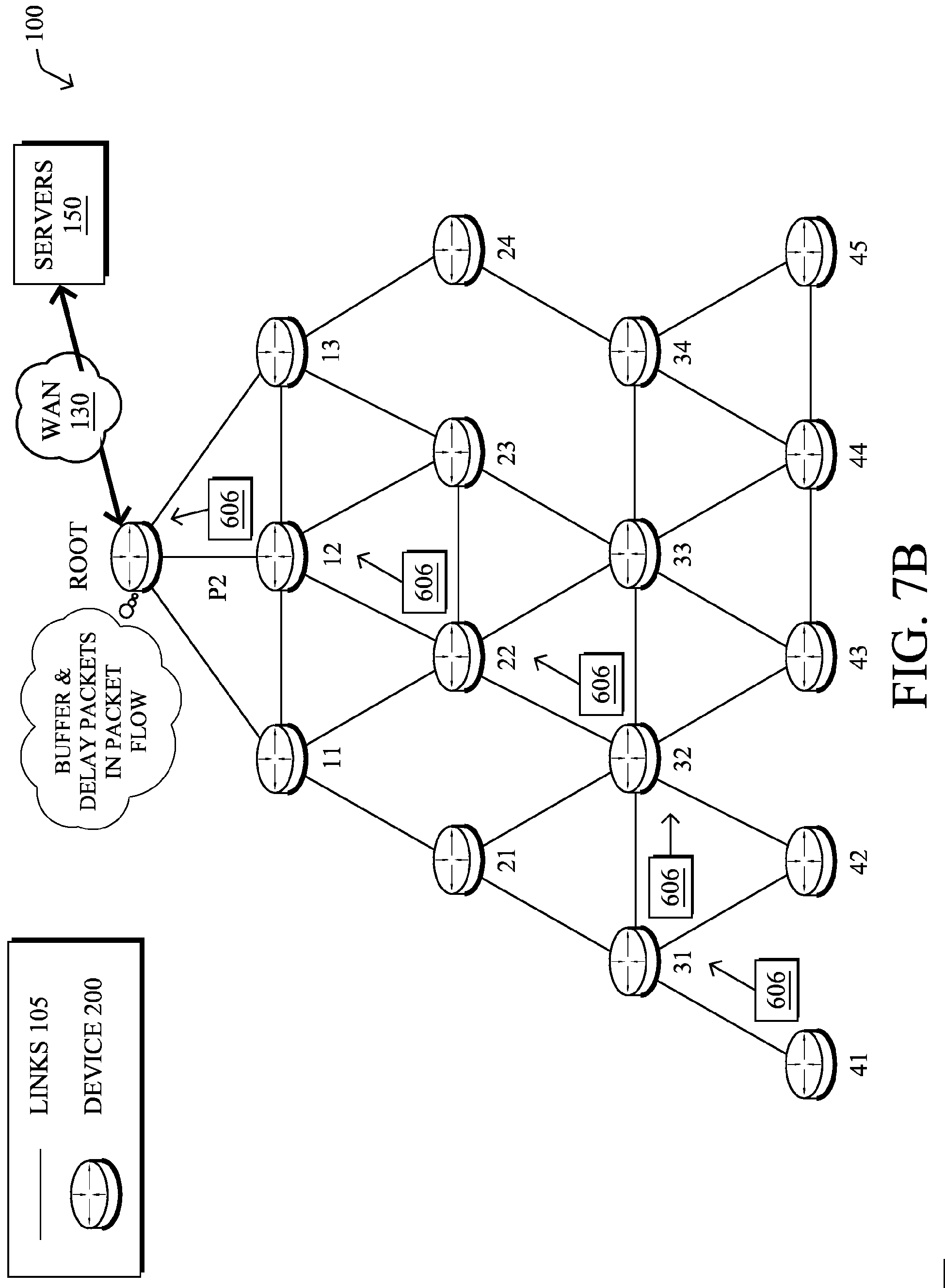 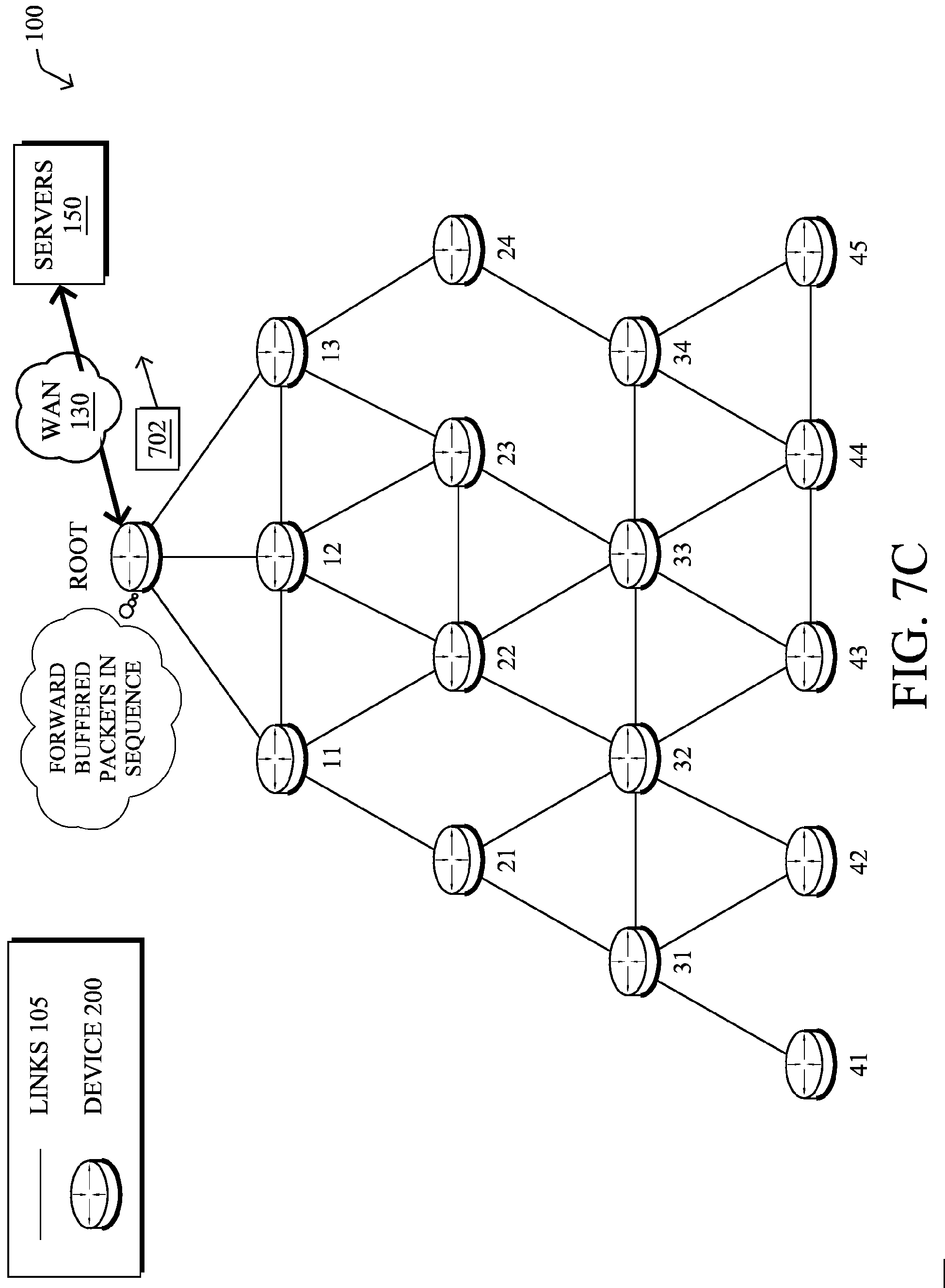 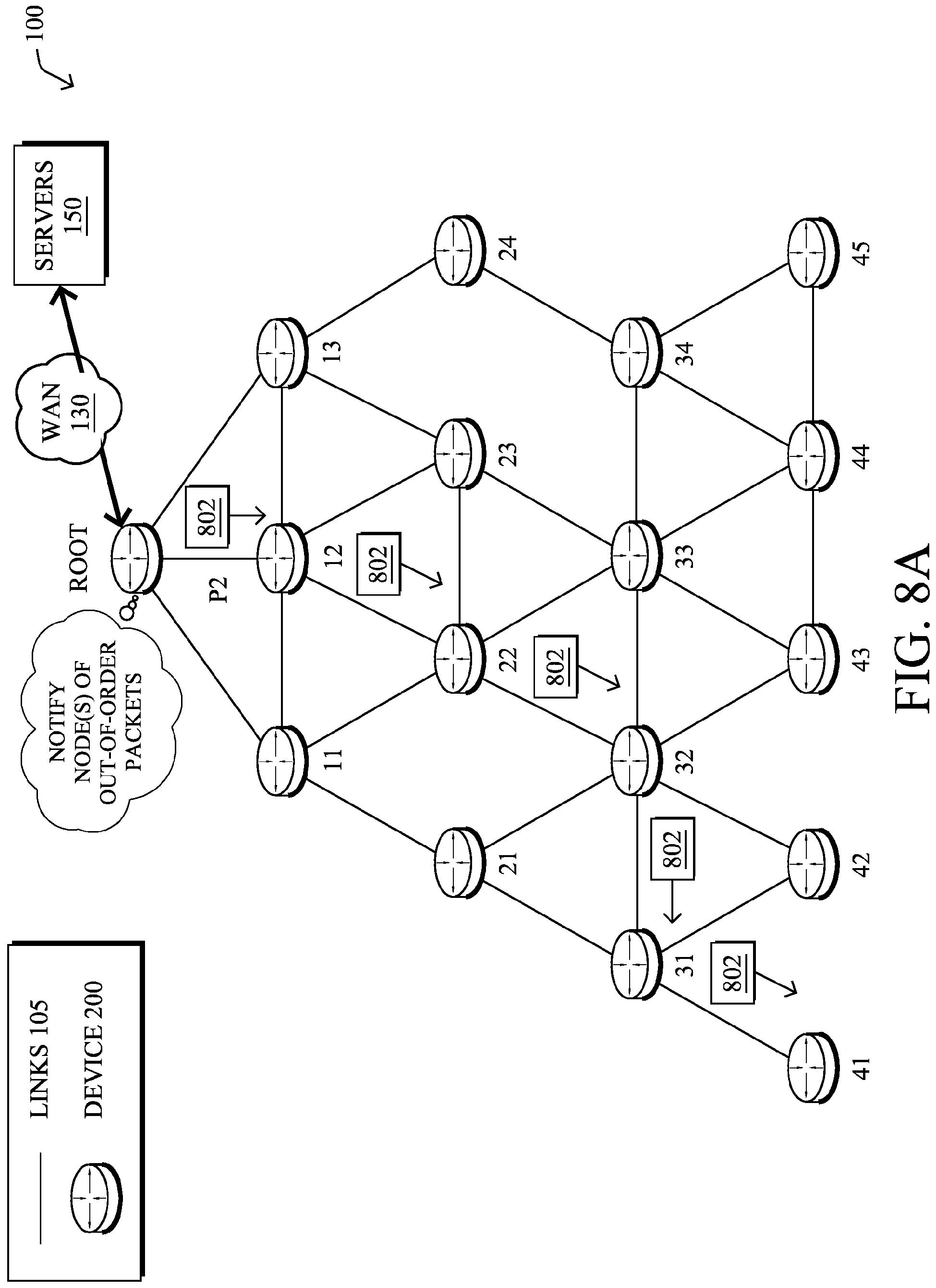 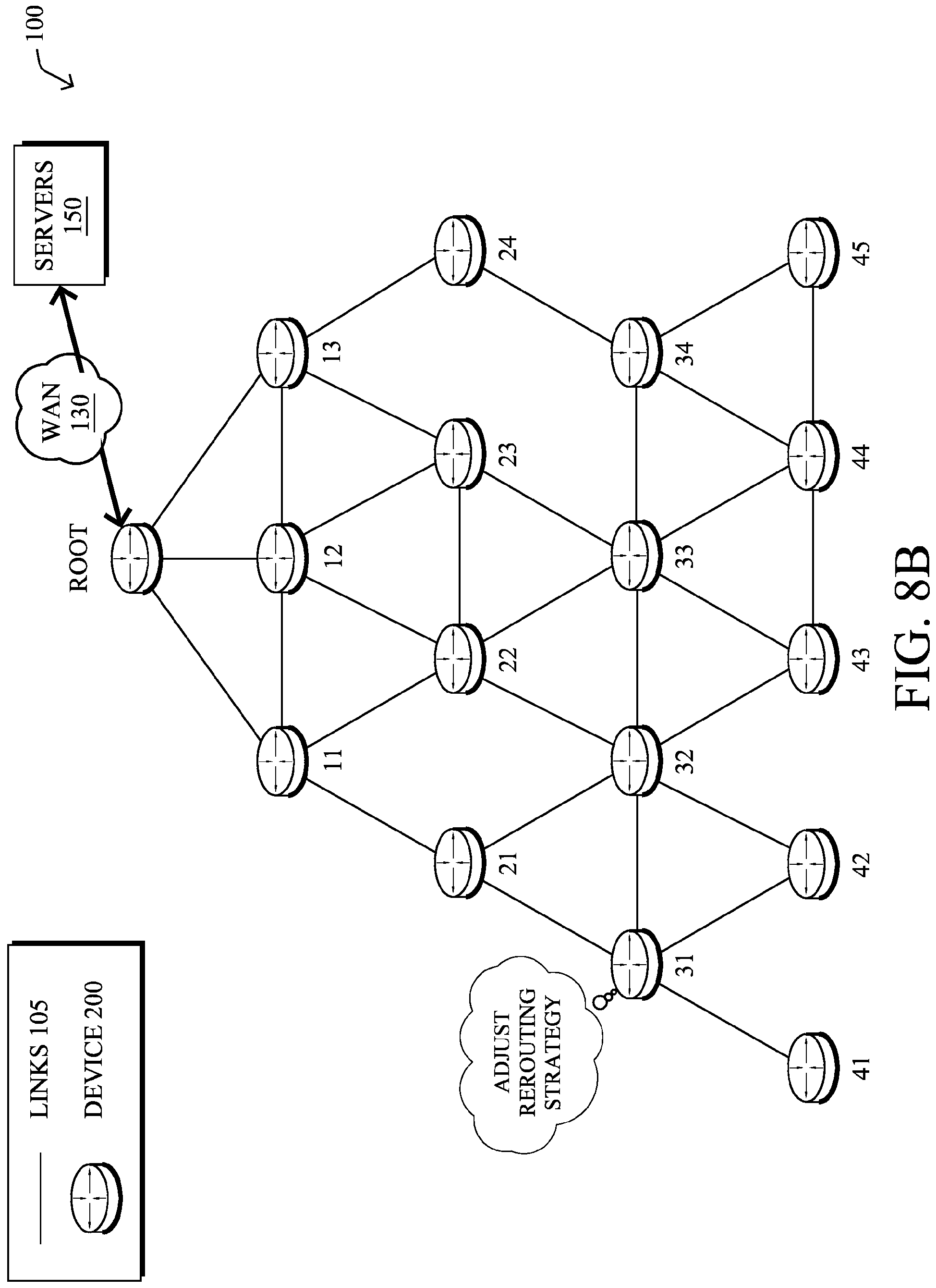 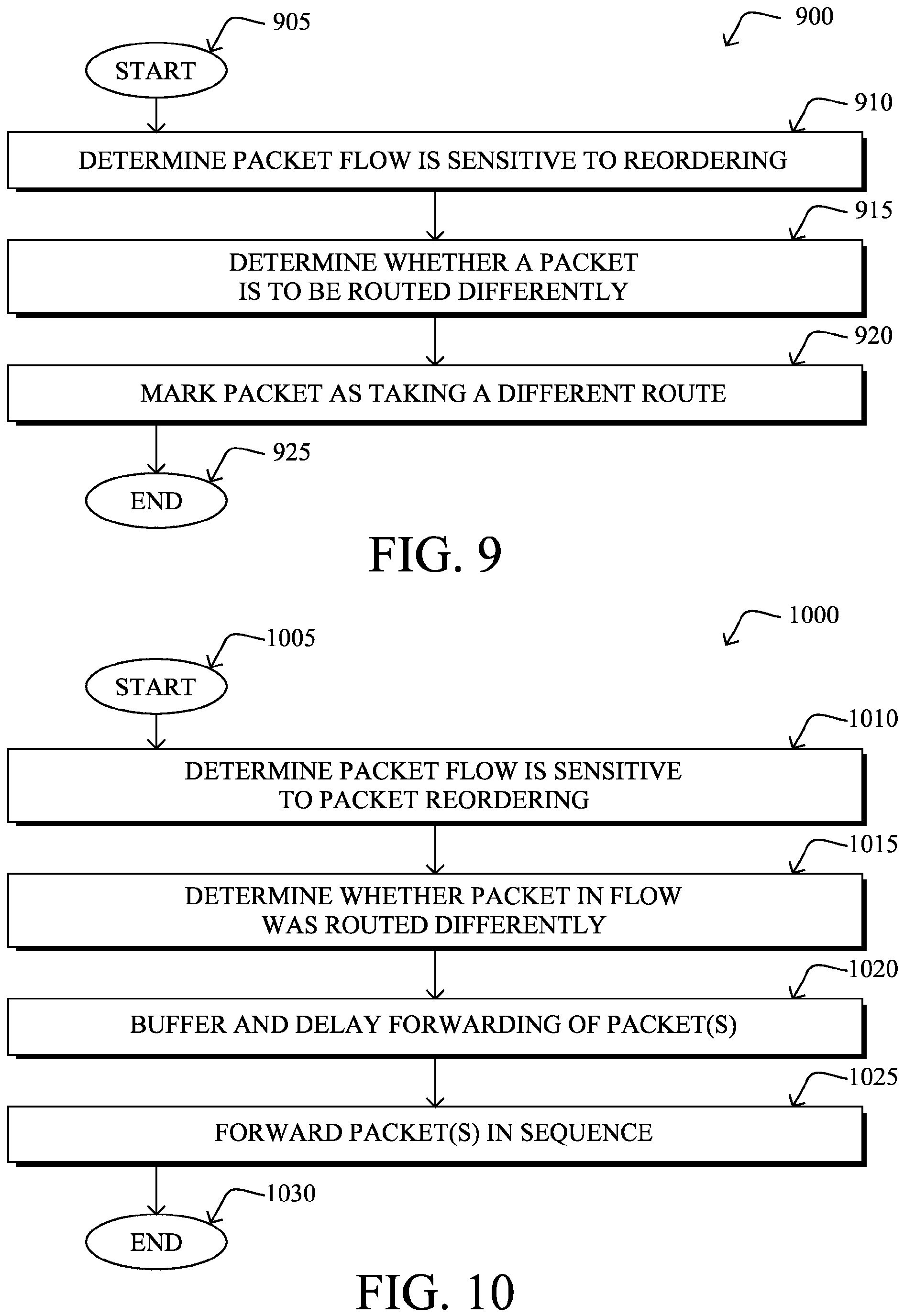