Pitch (α) is the angle between the X-axis of the Micro Electro Mechanical System (MEMS in the following) device, which is the mechanical construction comprising said accelerometer and sais gyroscope sensors, and horizontal plane;

Roll (β) is the angle between MEMS Y-axis and the horizontal plane, and

Yaw (γ) is the angle between MEMS Z-axis and the horizontal plane.

Ax, Ay and Az are the accelerometer signals, which in steady state condition represent components of the earth gravity vector on the three axis of the cooking utensil device. 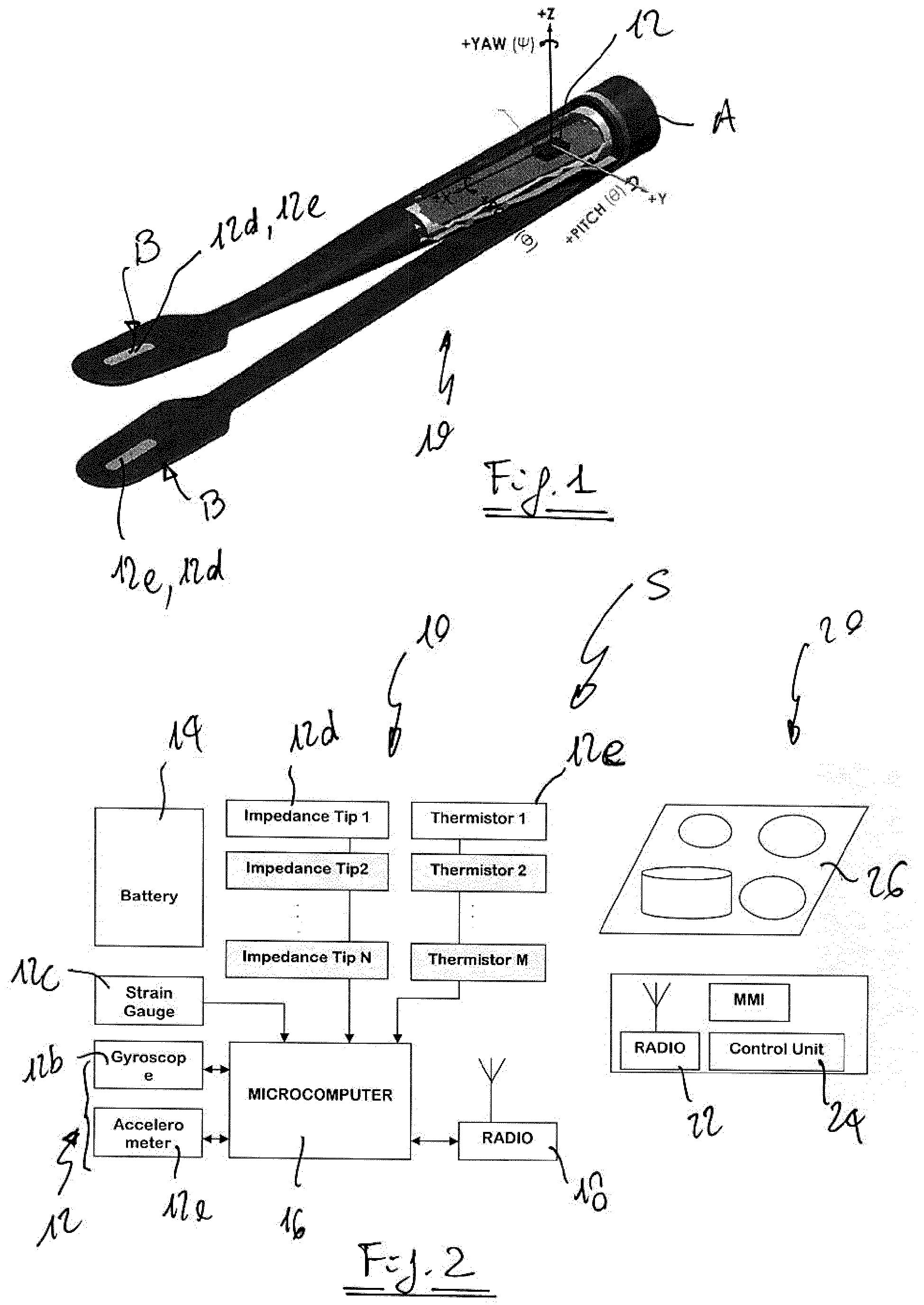 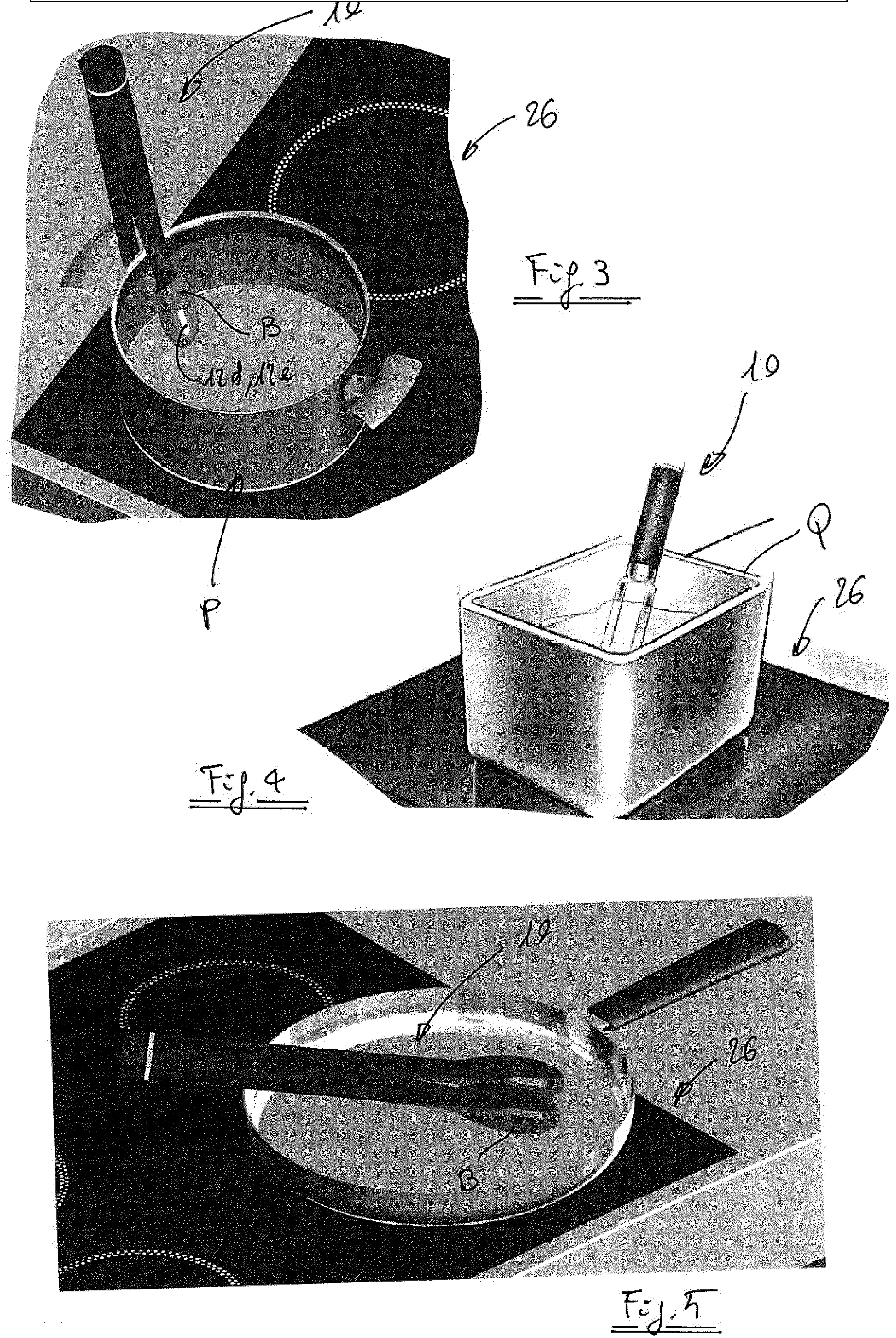 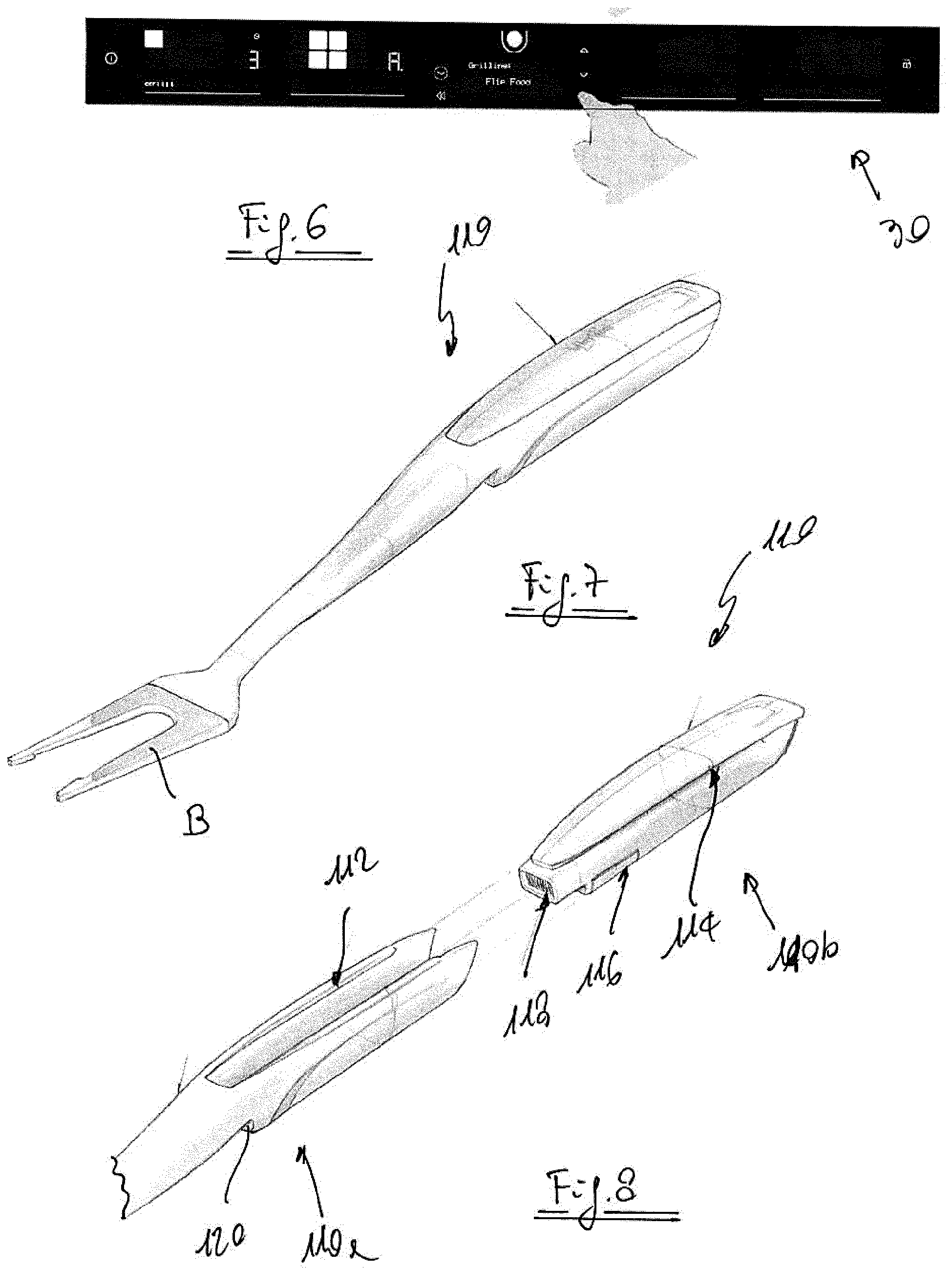 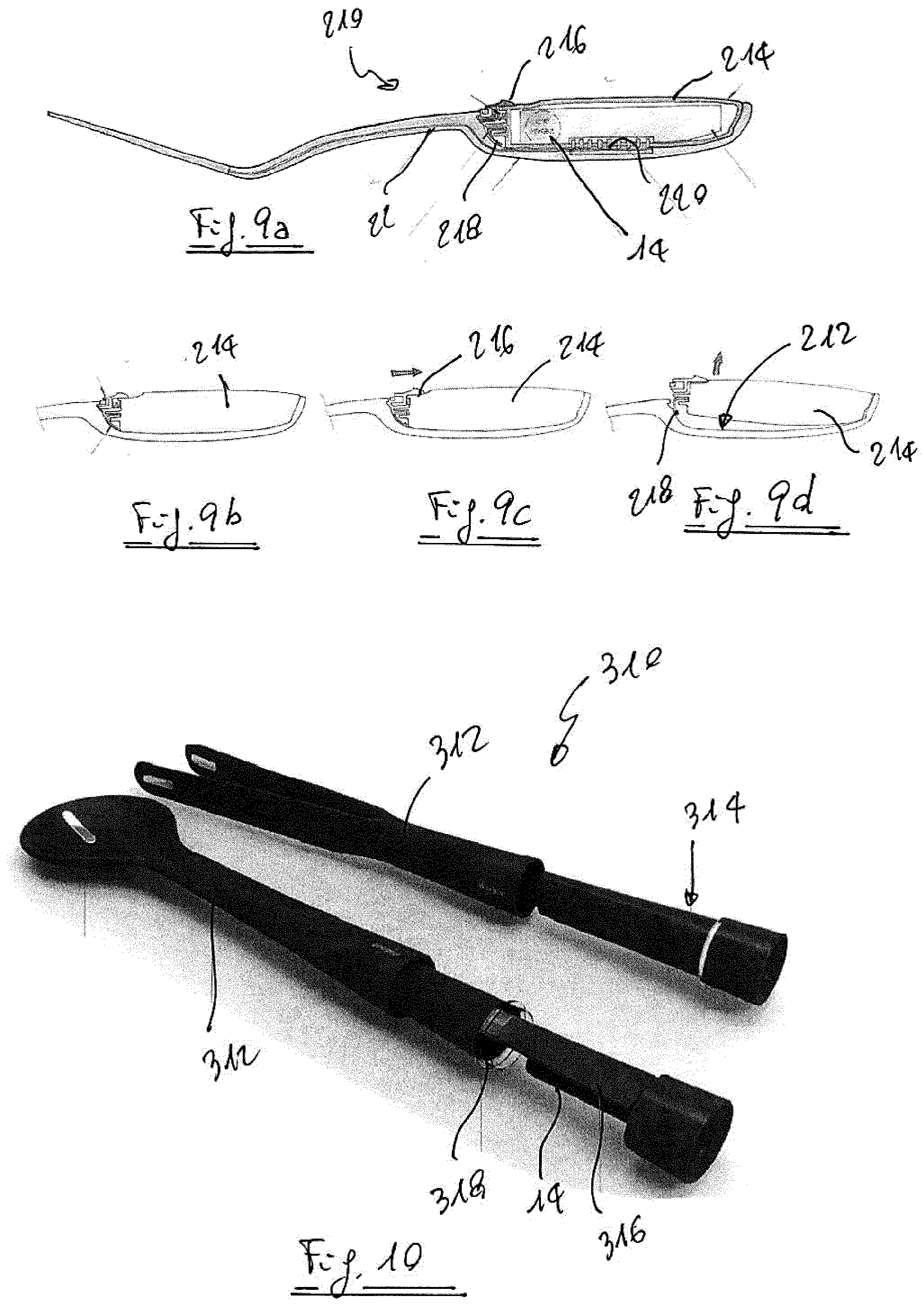 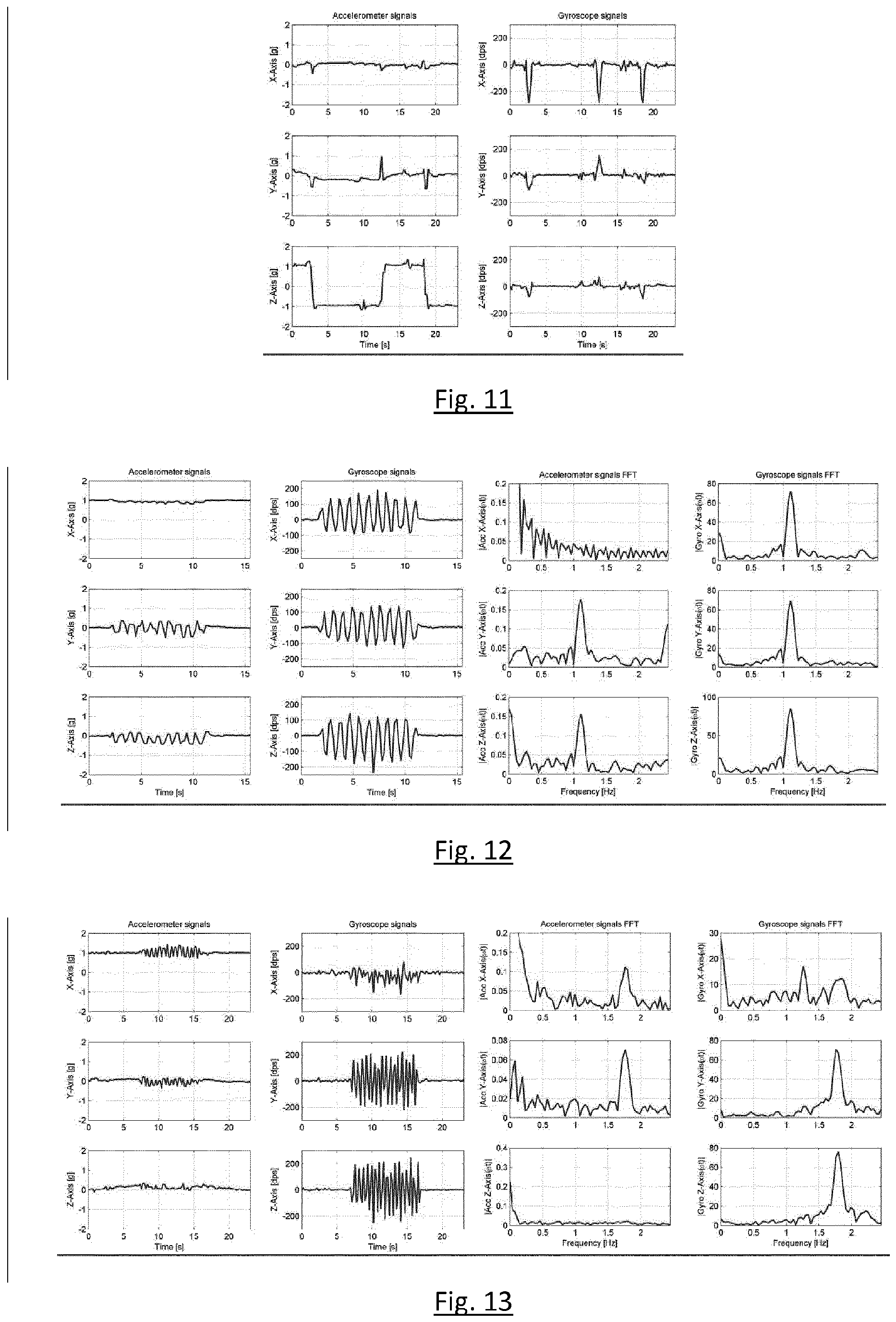