Technical field to which the invention is related to:

[0001] The invention is related to a system for measurement of quantity (density) of particles/solid materials in wastewater, and dilution of particle quantity based on the intended application. Currently enabling quick and serial measurement of particle quantity in laboratory environment, this system is placed inside the desired step of the process of an industrial facility. This way, the system yields quick results and in turn reduces the analysis and evaluation costs.

[0002] With the increasing environmental awareness, the grey water, also called wastewater, is now being treated and used in numerous fields across the industry with releasing to the nature as pollutants.
[0003] However; the use of water which contain large quantities of heavy metal slurry or unwanted particles in such industries in an uncontrolled way and without treatment may cause environmental pollution, decrease in quality of ecosystem around the area of use or health issues depending on the industrial area of use.
[0004] As a matter of fact, wastewater-using industrial fields need specific quality requirements. Therefore, the water obtained from the grey water recycling system should conform to the standards of the intended area of use. Generally, the utility water obtained via treating grey water must be hygienically and microbiologically safe, colorless and totally free from solid wastes. No odor must form a few days after the treated water is stored. Currently, due to lack of legal regulations on quality of utility water and on working principles of enterprises, it is recommended to ask a written guarantee for the quality of grey water treated from the companies manufacturing grey water recycling system.
[0005] Because grey water contains numerous components such as SiO2, P2O5, Fe2O3, CaO, Al2O3, MgO, ZnO, TiO2, grid and sieving, sedimentation pond or neutralization, coagulation and flocculation and similar methods are employed in making use of such waters.
[0006] For the processes of treatment, impurification and making clean as desired used at the industrial facilities; first of all, it is necessary to calculate the ratio of pollutants or unwanted particles in the grey water. In order to determine ratio of unwanted particles in the liquid, to make the liquid reusable again and introduce to the production process again, the entire production system is paused and water samples are analyzed in the laboratory in the current state of technique. Since it takes hours and sometimes days to get the analysis results, it costs a lot for the industry to pause the process. For reasons of such disadvantages, it becomes difficult to reach a certain standard in use of grey waters and particles in undesired level remain in the water.
[0007] An example of the current state of the technique is the patent application numbered WO2006008472 A2. This application titled grey water filtering system describes a filtering assembly used for recycling of grey water. This system uses a filter for filtering the unwanted materials in grey water which separates the particles and solid materials from water. Grey water is recycled by means of a filter mechanism which includes a support mesh or blanket holding a sedimentary material produced by electrolysis of seawater.
[0008] However, the system covered by the above-mentioned application is rather costly and time consuming. Moreover, the water undergoing these processes is not clean enough to be used as potable water and in this case, it does not make it convenient for the consumer to make use of such high-cost processes for the purpose of treating water for only industrial purposes.
[0009] US2004/0057334A1 relates to an apparatus for blending and supplying process materials. The apparatus comprises a dispensing subsystem that supplies process materials to a mixing subsystem where they are blended with a static mixer.

Figure 1 is a view of wastewater reclamation system.

Figure 3 is a view of station of blending water preparation and homogenization for concrete production.

[0017] The parts shown above have been numbered one by one and the part names corresponding to these numbers are given below;

1. An apparatus for analysis and reusing waste liquid, the waste liquid being wastewater, comprising:

at least one analysis equipment (4) configured to enable analysis of the waste liquid;

an agitator drive mechanism (8) configured to drive the agitator (9);

a discharge valve (10) at the bottom of the waste liquid tank (6.2) configured to enable discharging of the diluted liquid;

at least one PLC control panel (11) comprising a PLC control system (12) configured to enable receiving data from the analysis equipment (4);

a system processor (5) configured to process the data received;

2. The apparatus according to claim 1, characterized in that the apparatus is further configured to discharge solid materials and/or homogenized liquid which are discharged by discharge valve (10) for reuse.
3. The apparatus according to any of the preceding claims, characterized in that the control panel (11) is configured to compare received data with the saved reference data and determines the quantity of water to be supplied from the clean liquid feeding line (7). 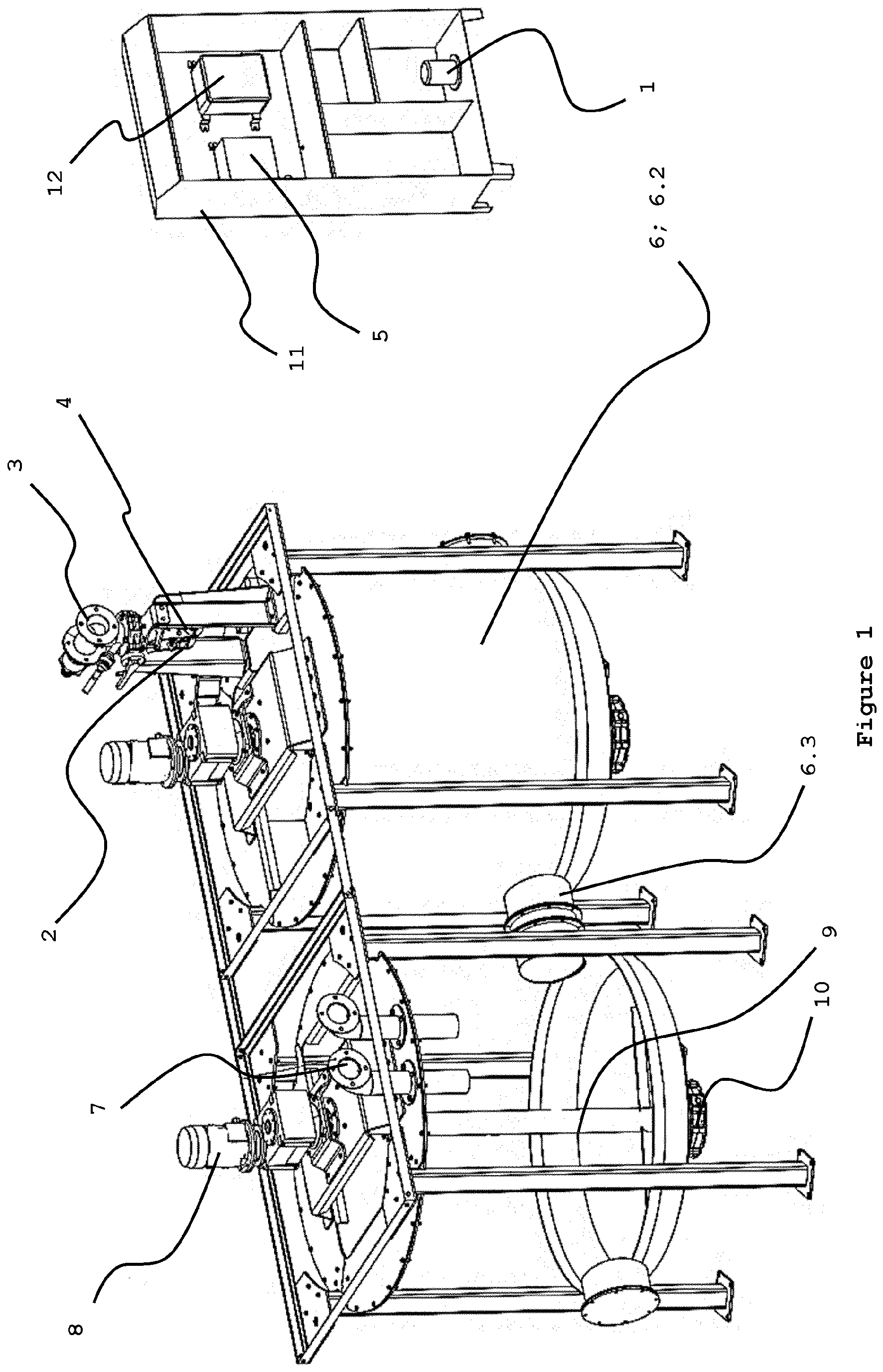 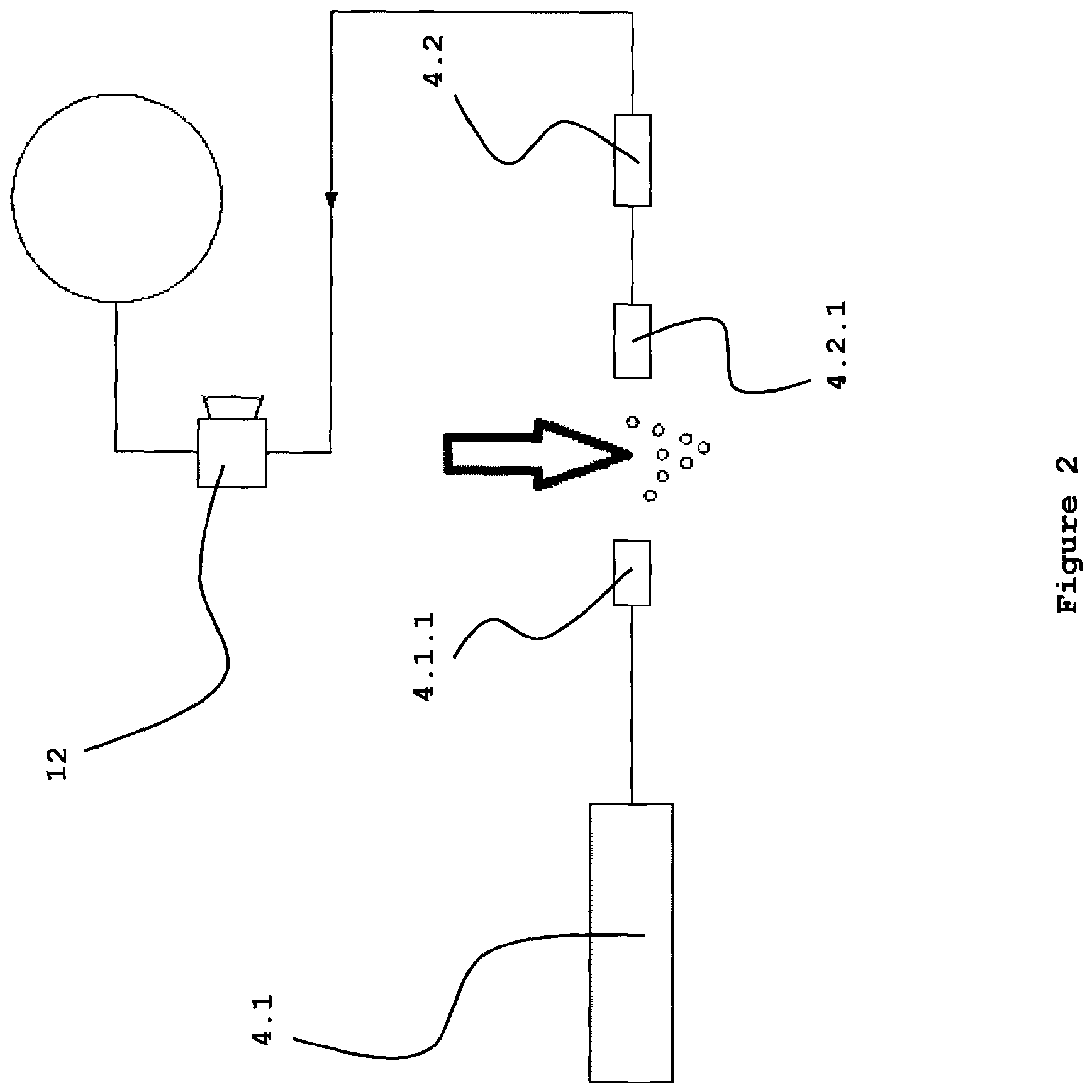 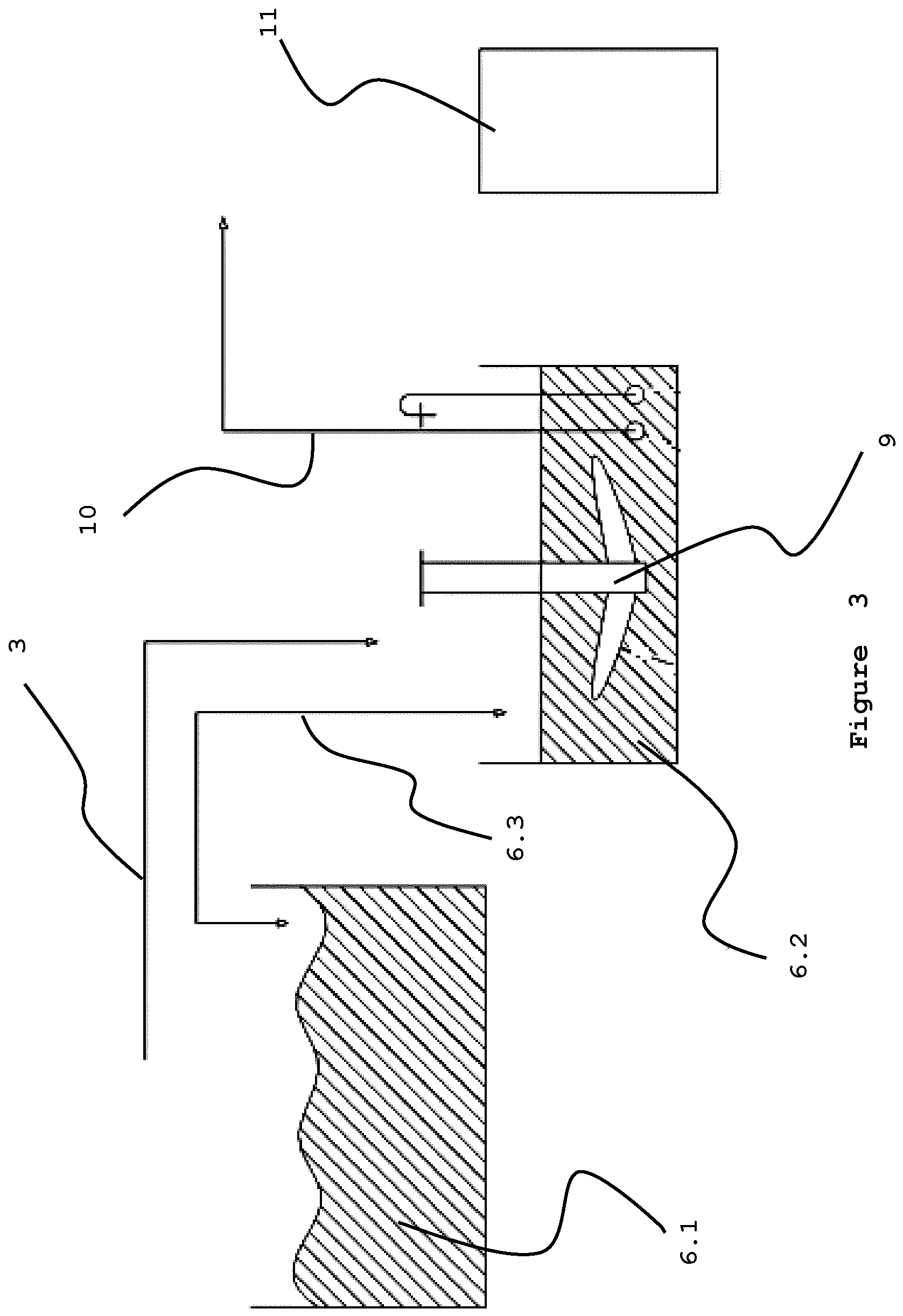