Figures 1a-c illustrate a perspective, elevation and plan views of first and second embodiments of a router tool in accordance with one embodiment of the invention; and

Figures 2a-d illustrate an embodiment for the attachment of a bush guide with the base;

Figures 3a-e illustrate an embodiment of the invention for the attachment of the router base to the guide plate;

Figure 5 illustrate an embodiment of a fence distance scale;

Figures 6a-d illustrate the guide and

1. A power tool (2) which includes a housing (6) and a base (8), said housing mounted to be moveable with respect to and spaced from the base, said housing including a motor to rotate a shaft (58) which includes, at its free end, a tool holder (22) for a cutting tool (24), said shaft extending from the housing such that the tool holder (22) can be located at or adjacent to the base and said housing is connected to the base by at least one extendable assembly (10,12), said cutting tool (24) provided to be movable through an aperture (28) in the base to contact with and perform work on a workpiece located on the side of the base (8) opposing the side at which the housing (6) is located and said base is selectively locatable with a work surface or a guide plate (4) component to act as a guide for the tool and said base is selectively locatable via at least one engagement means (38,40) provided on the power tool and which is movable between a first, engaging, position and a second release position said engagement means including a gripping portion (54) which is provided with an internal threaded formation or portion (56) to receive a shaft (58) with which a locating head (60) is formed or attached, said locating head provided to be received in an aperture or passage (62) formed on the guide plate (4) or worksurface and the shaft (58) passes through an aperture (64) in the base (8) and into the internal threaded formation (56) of the gripping portion (54) which is located on the opposite side of the base (8) from the locating head (60), and the locating head (60) is moved to a number of positions by rotation of the gripping portion (54), characterised in that the shaft (58) is formed as two parts, a first part (61) in threaded engagement with internal threaded formation (56) and a second part (63) in which the locating head is formed and which is in threaded engagement with the first part (61).

2. A power tool according to claim 1 wherein the base (8) is engaged with the guide plate (4) and a fence (66) is selectively engageable therewith to position the base with respect to a workpiece on which work is to be performed.

3. A power tool according to claim 1 wherein a guide bush (34) is selectively locatable with the base (8) via a rotational movement of engagement means (38,40) about an axis, said engagement means comprise securing means to secure a locking component to the base or a component located with the base, whilst allowing rotation of the locking means (44) which include a portion (46) which, when in the engaging position, extends inwardly beyond the periphery of the aperture to a greater extent than the remainder of the locking means so as to secure the bush component in position. 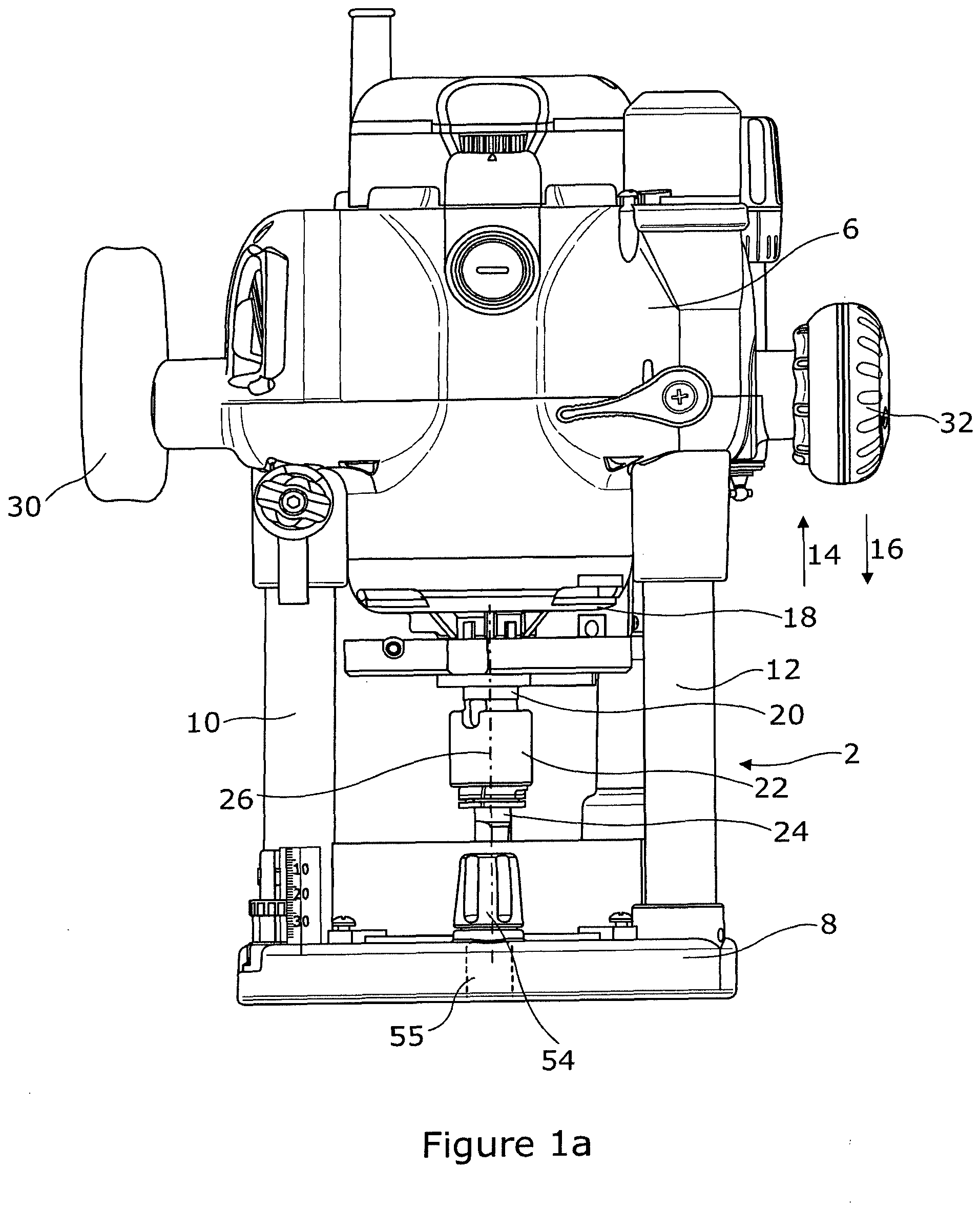 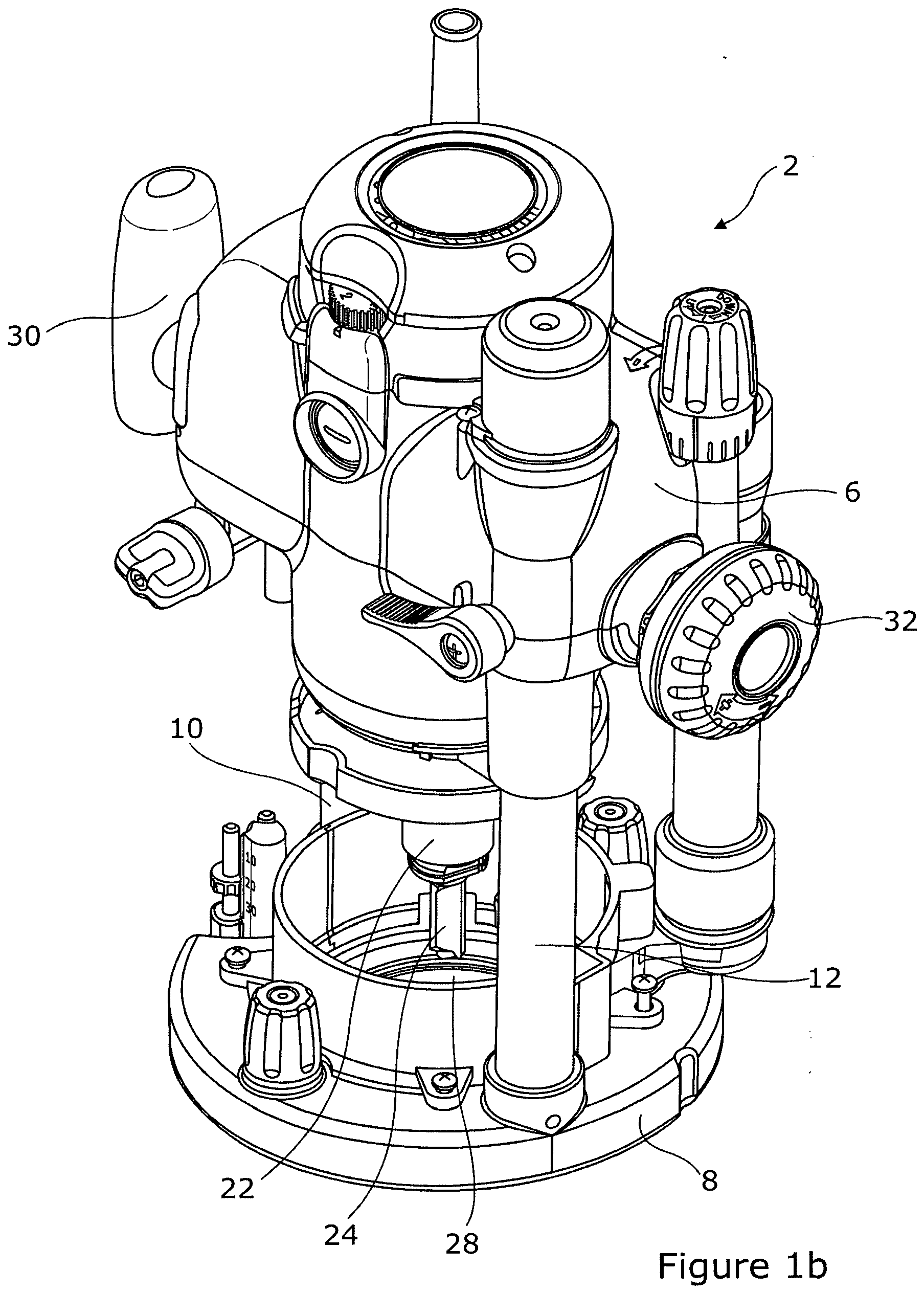 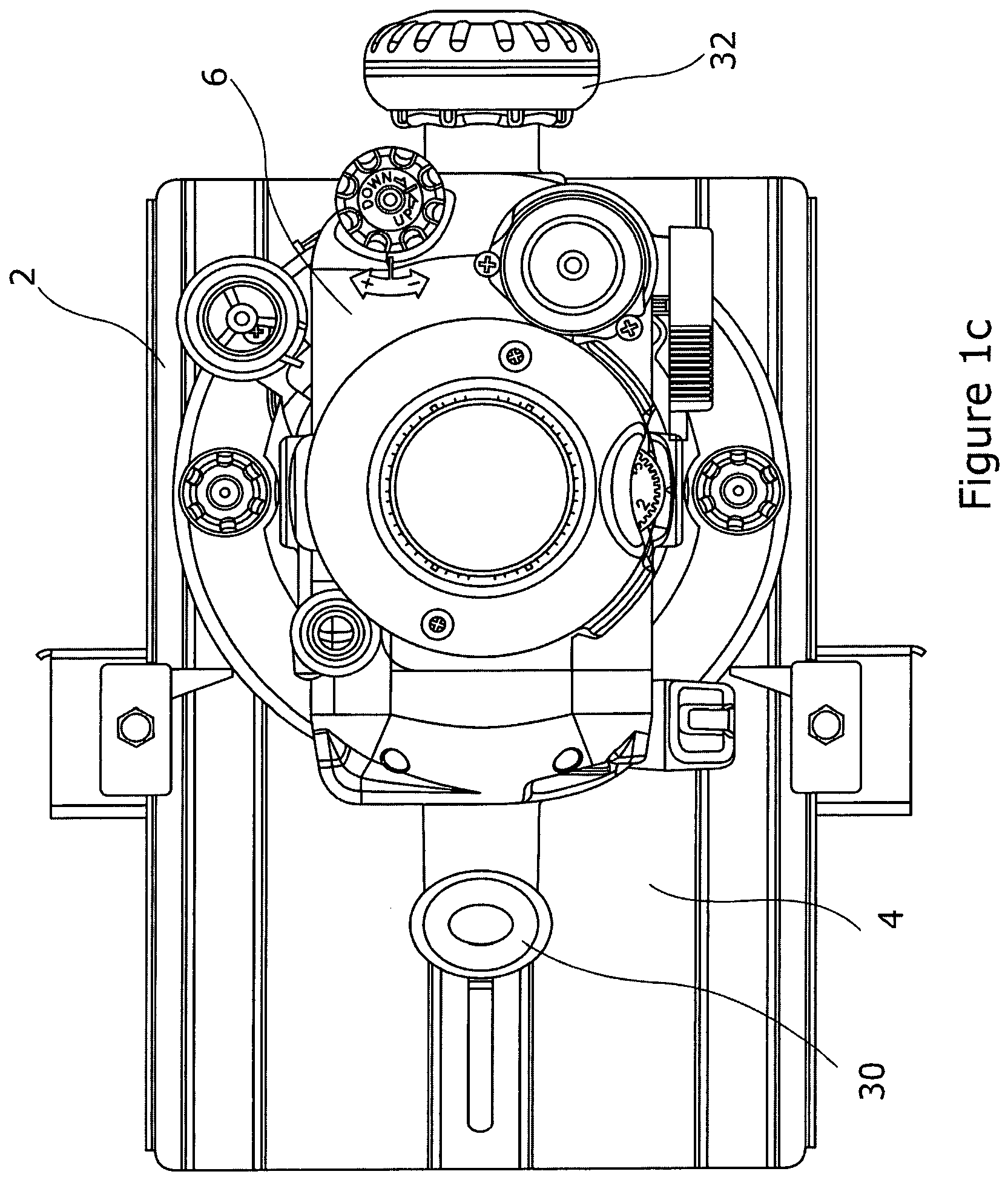 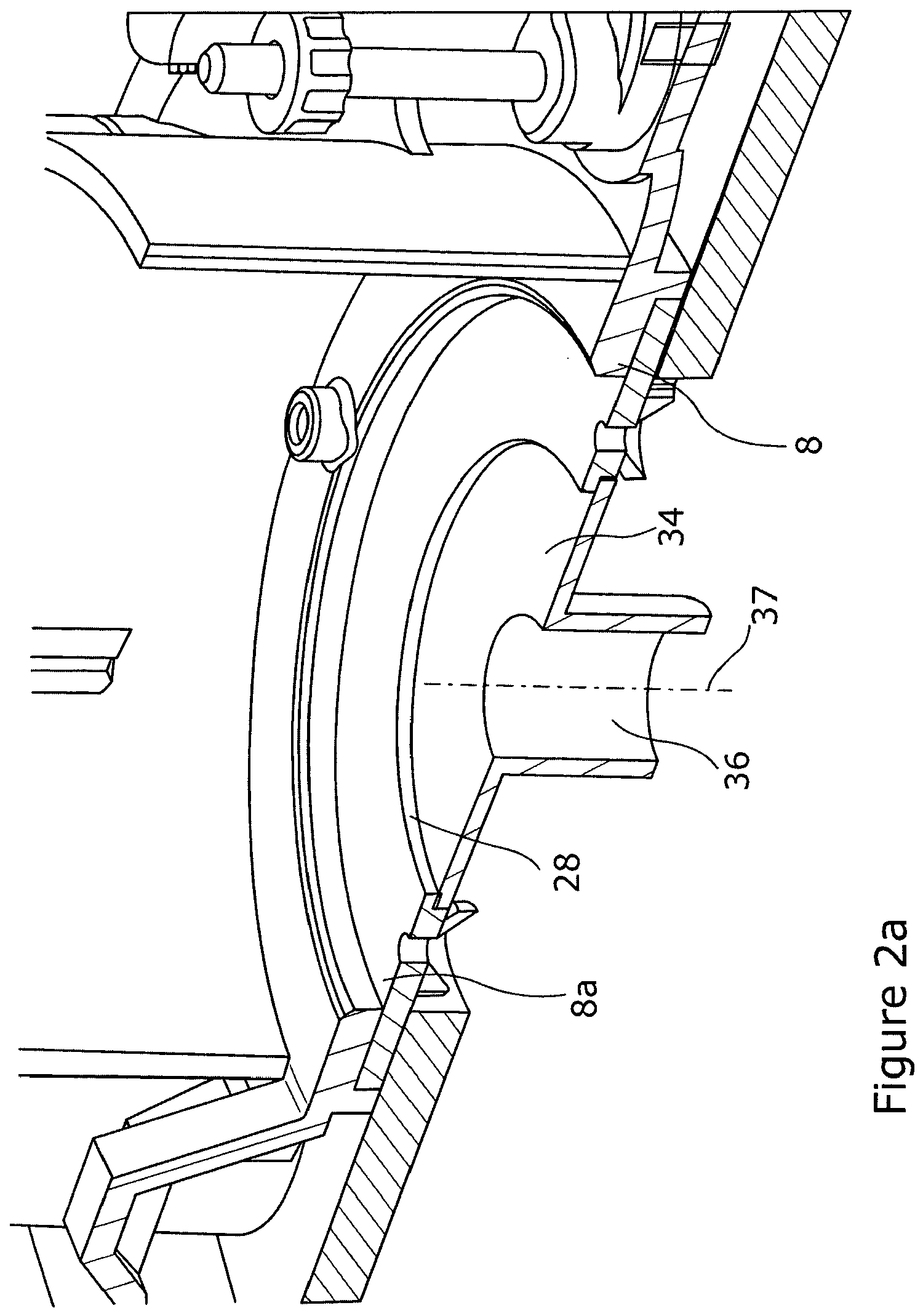 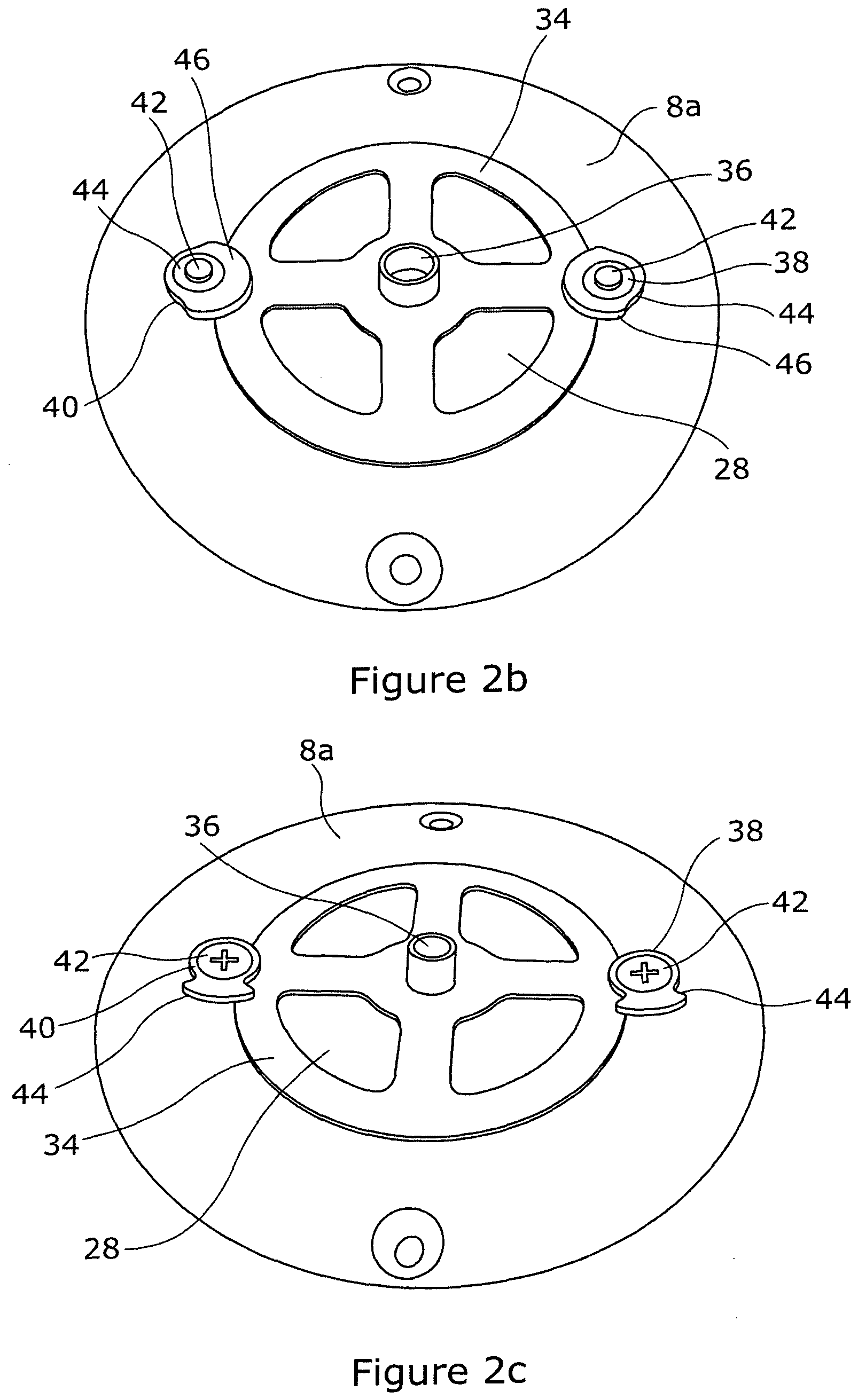 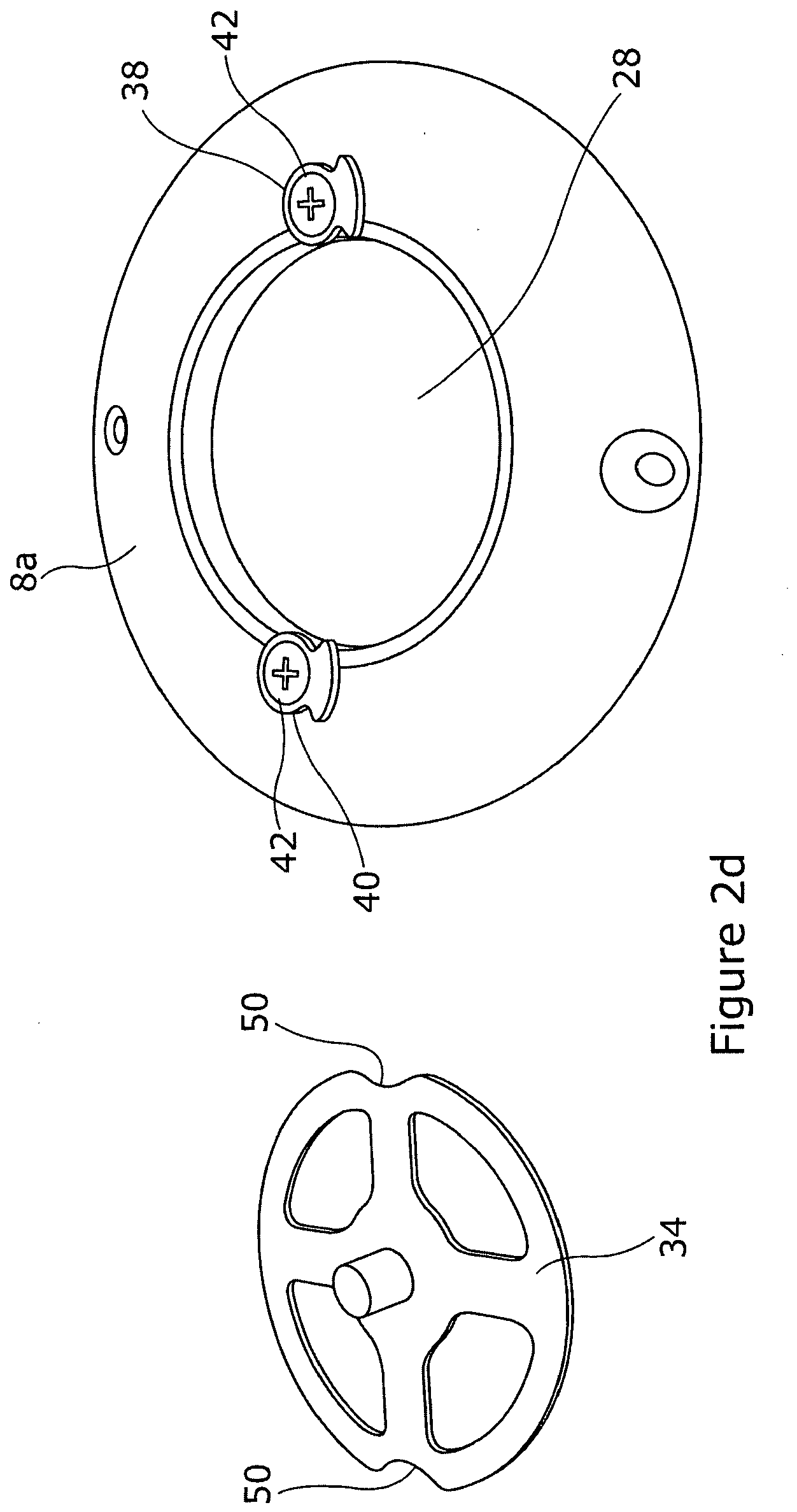 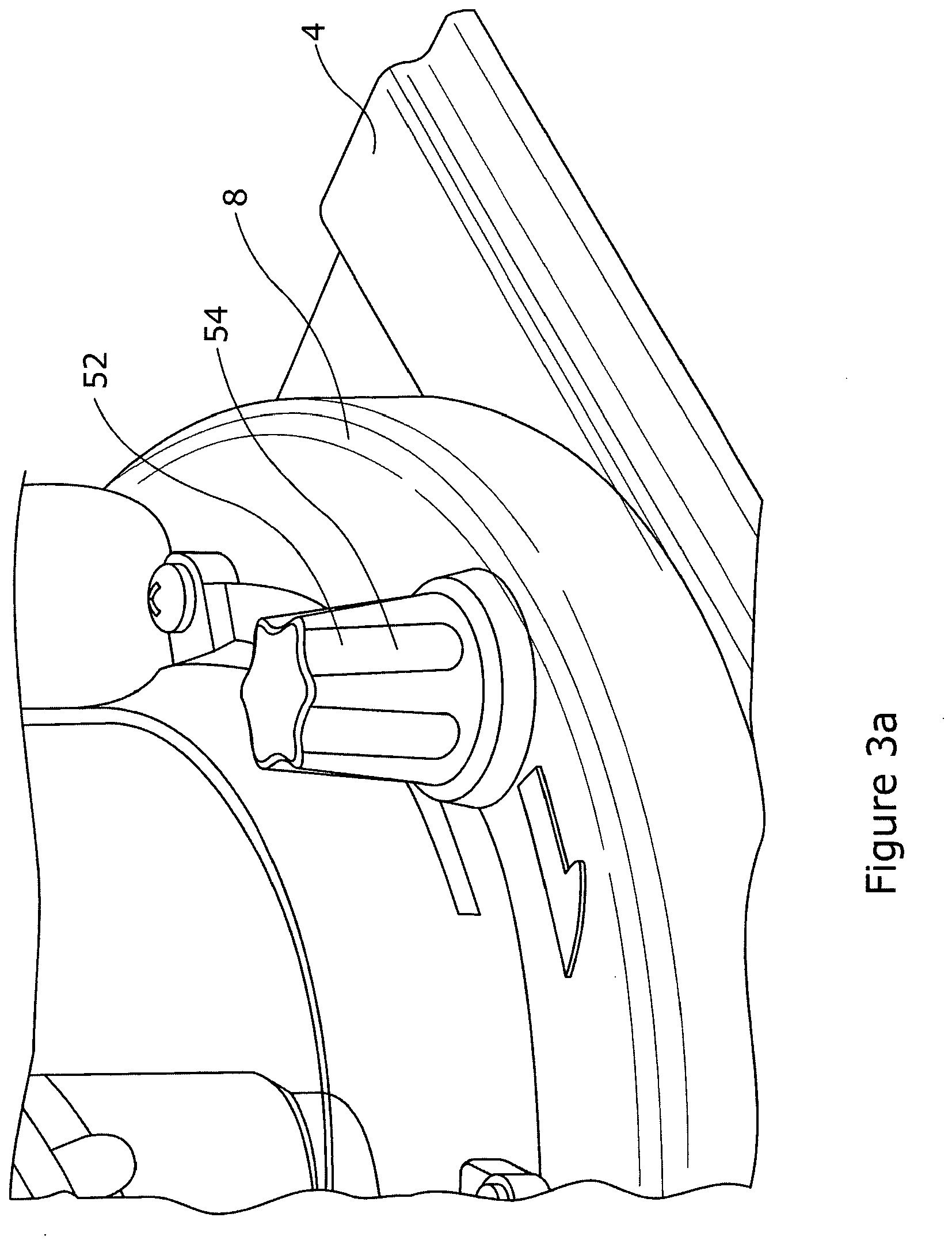 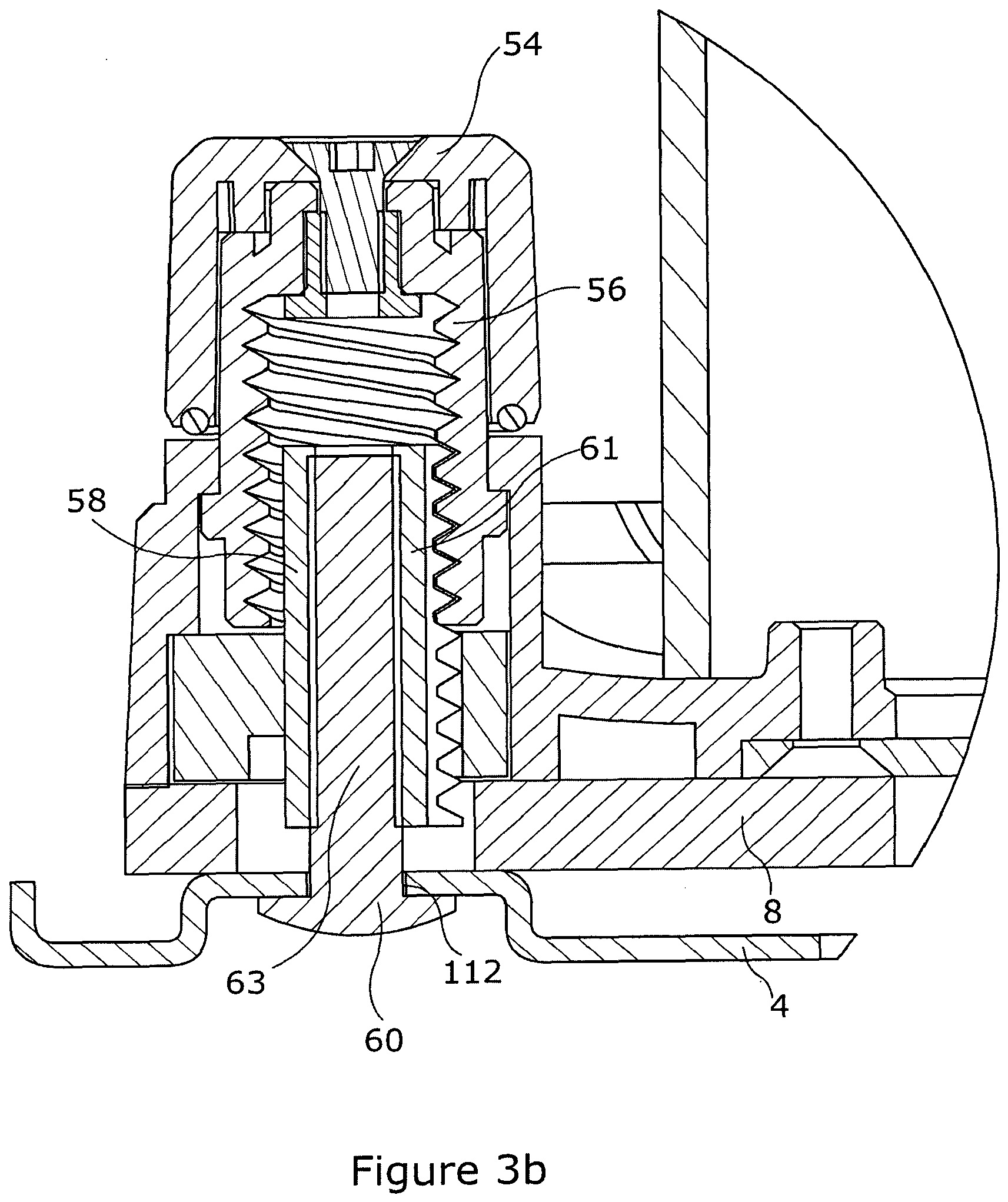 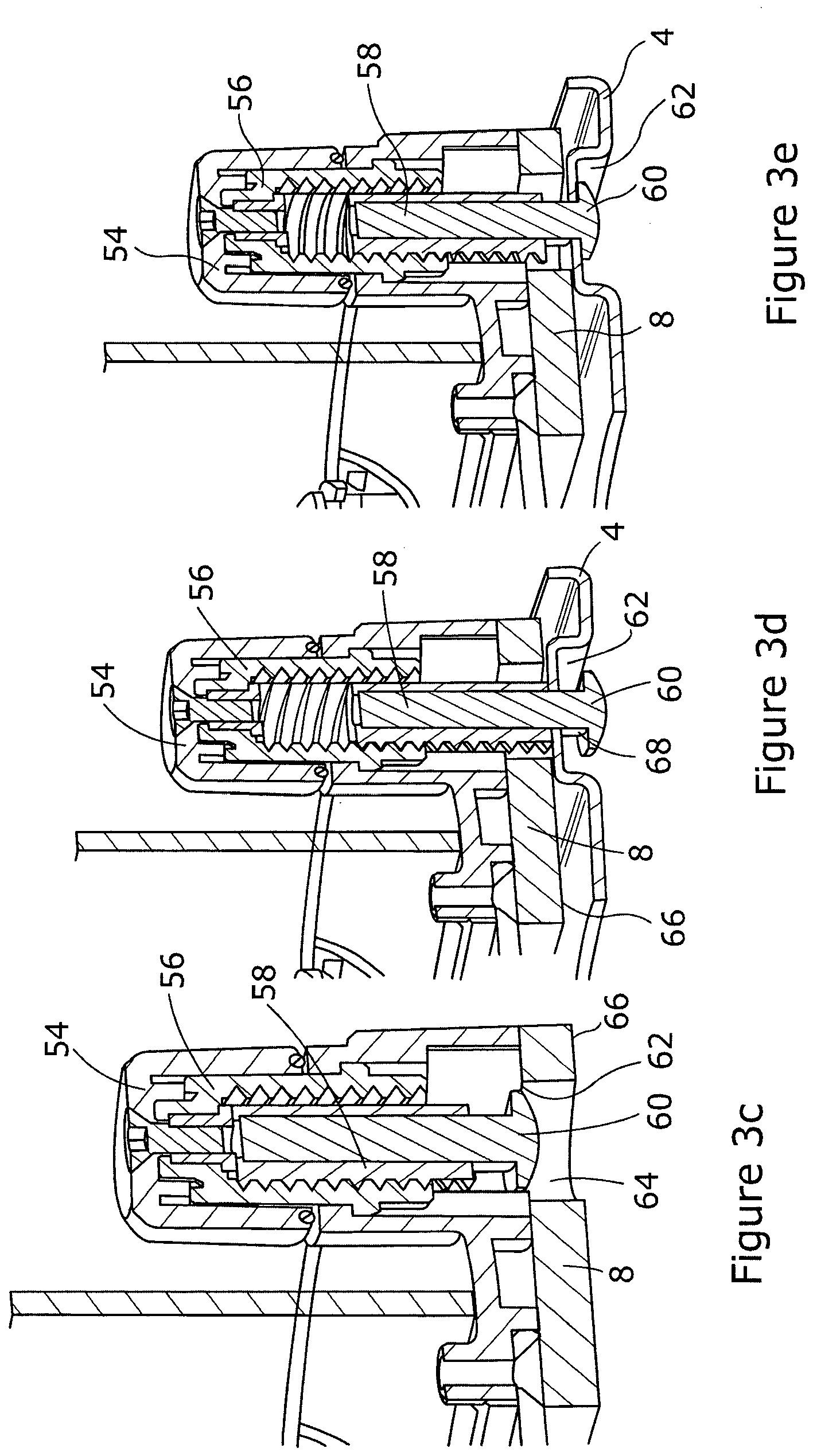 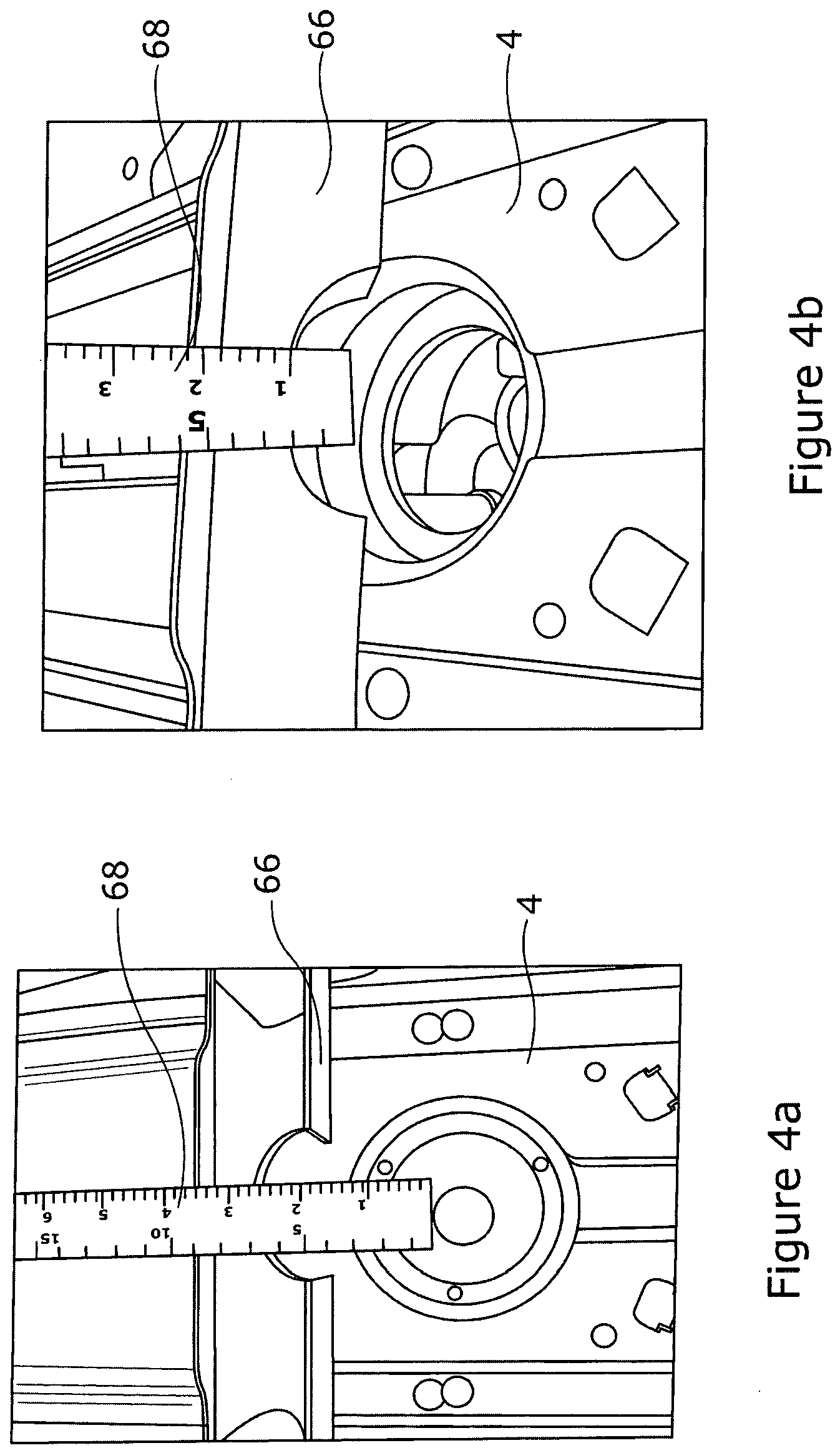 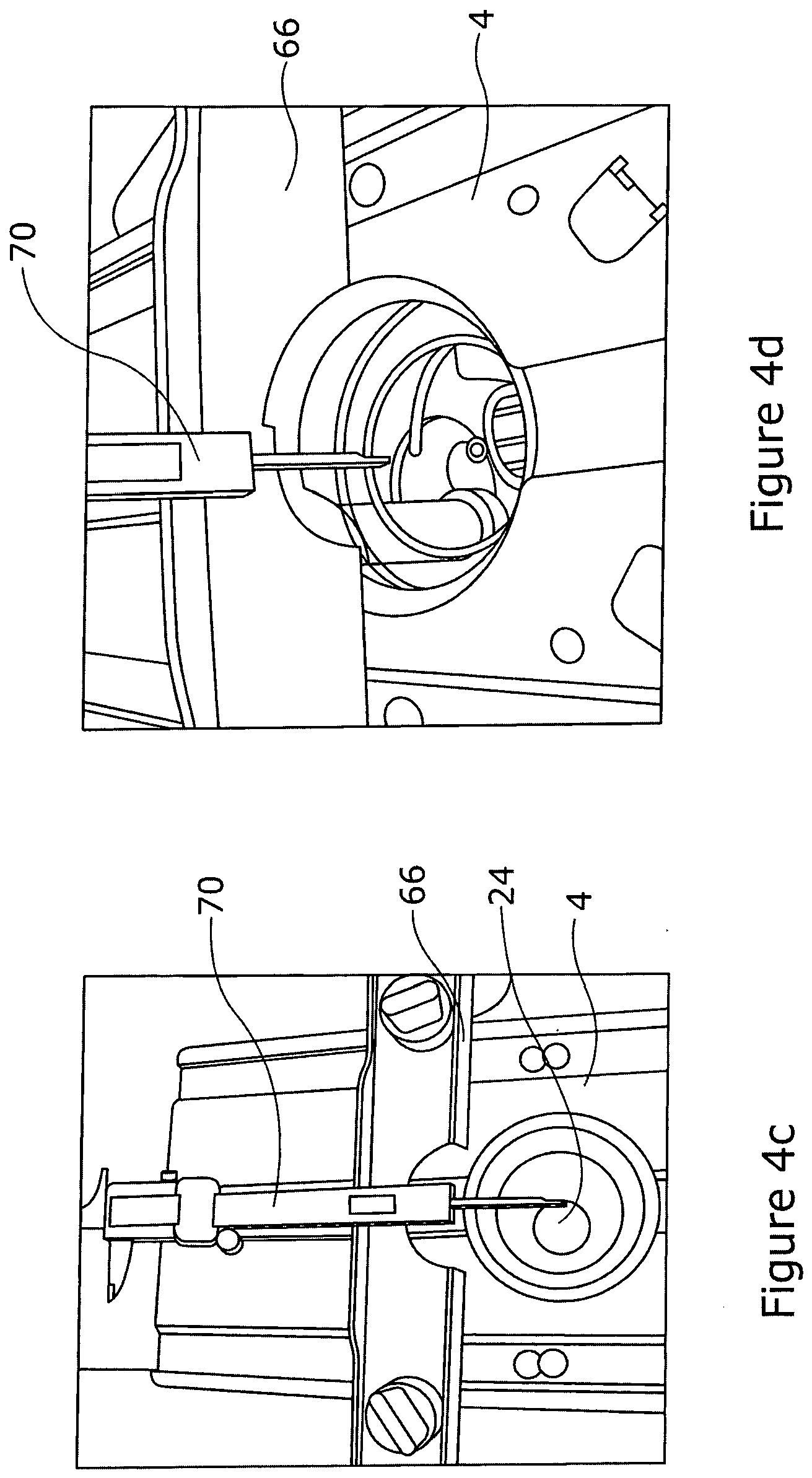 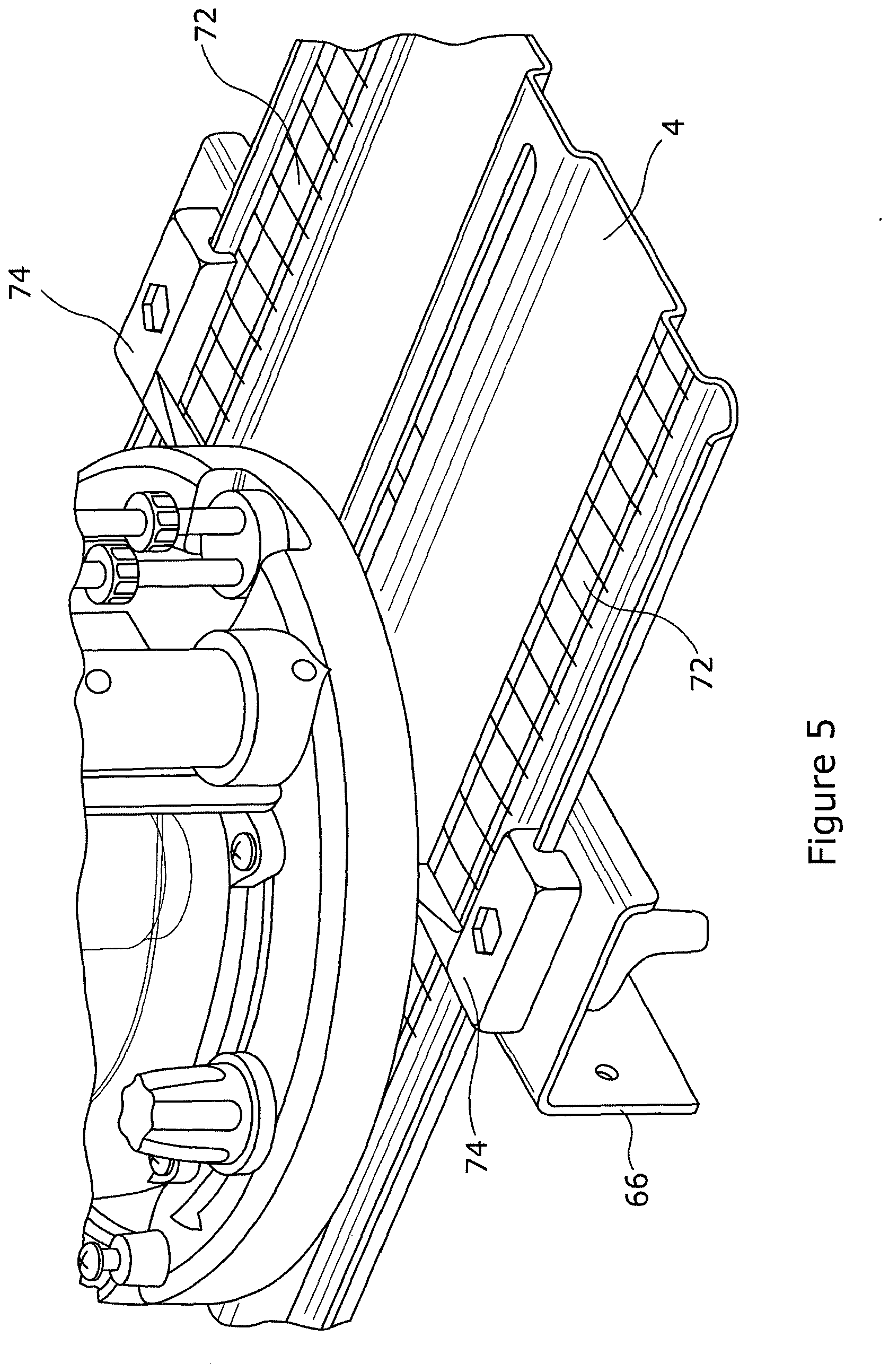 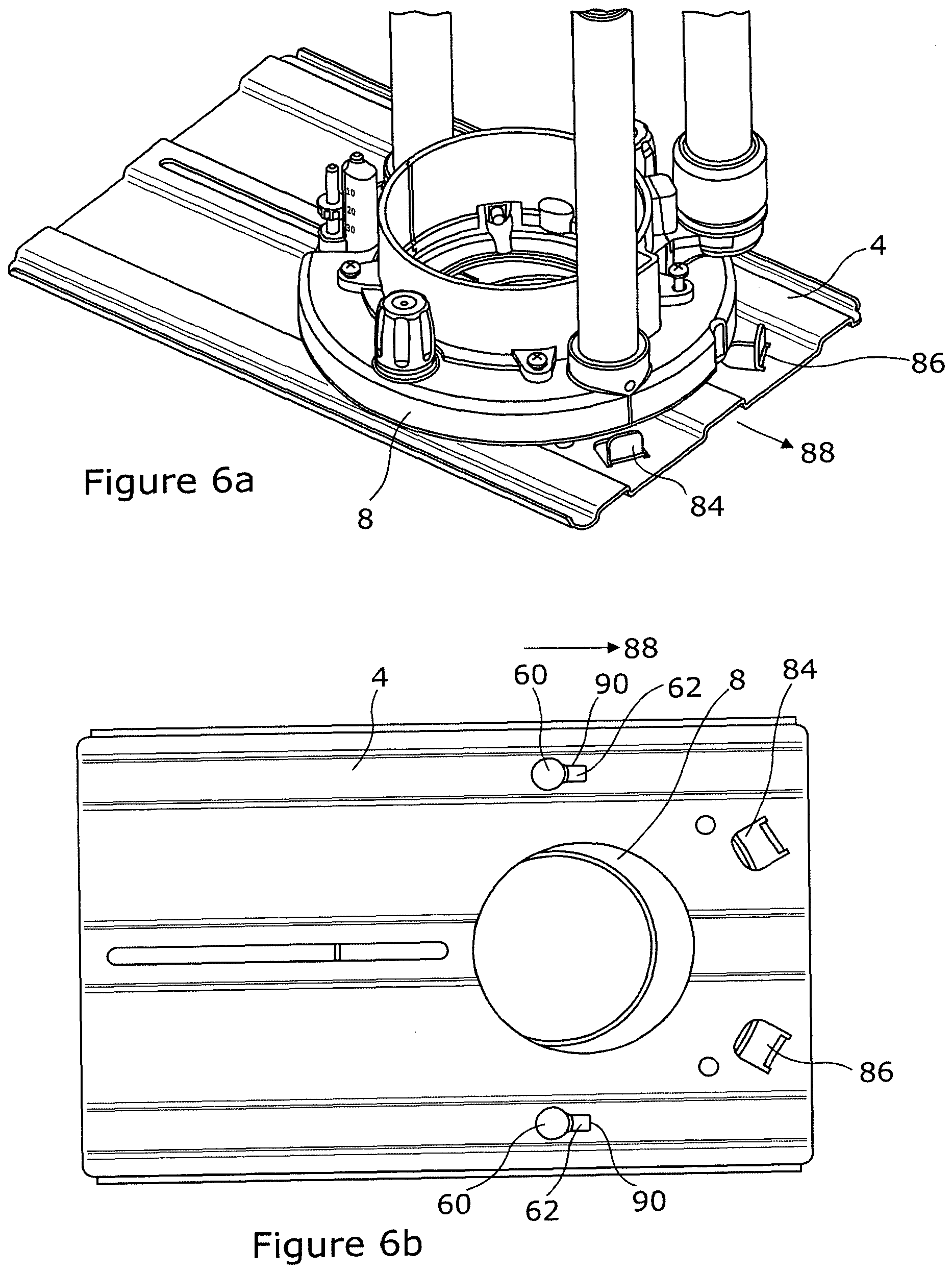 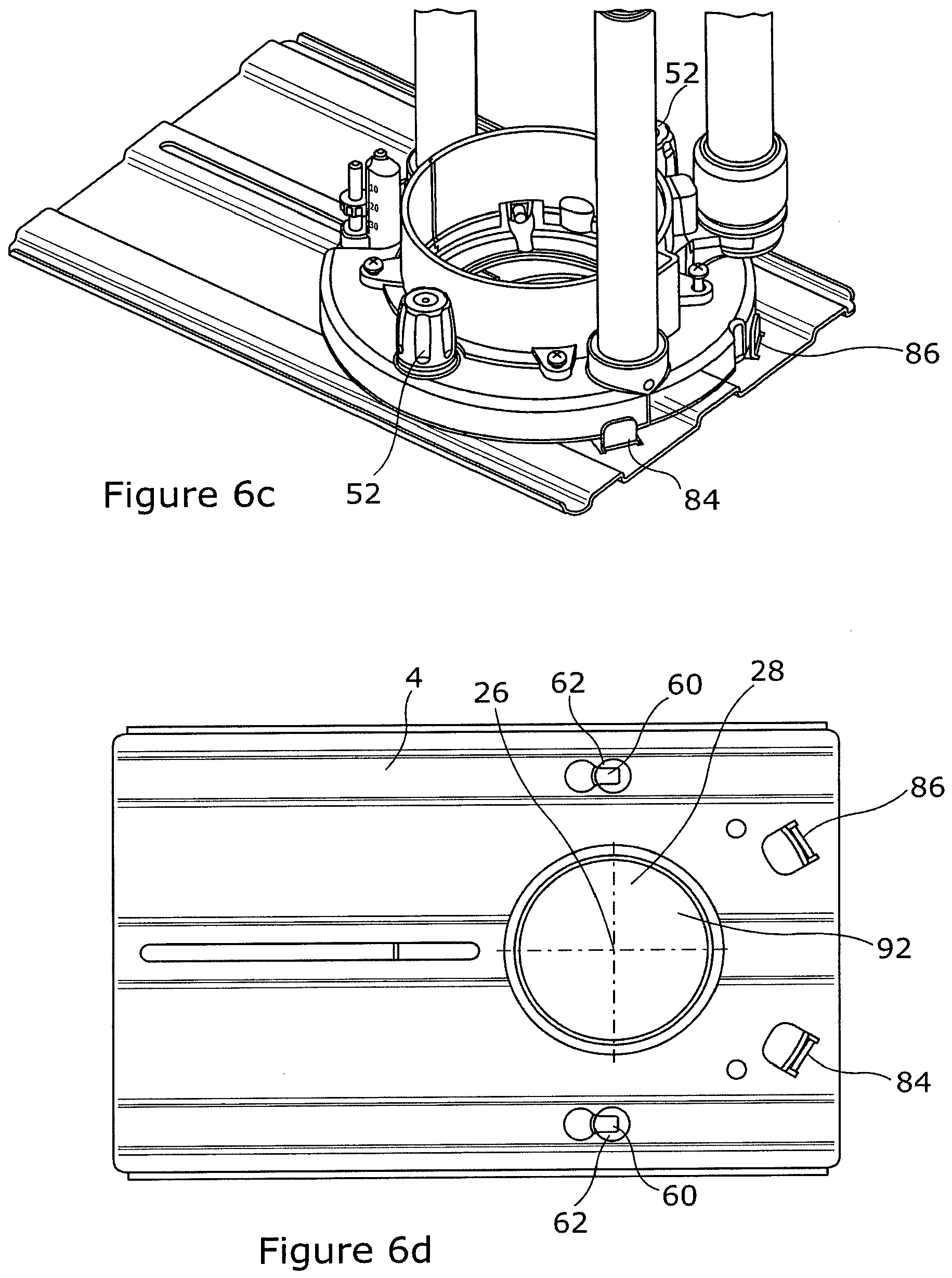 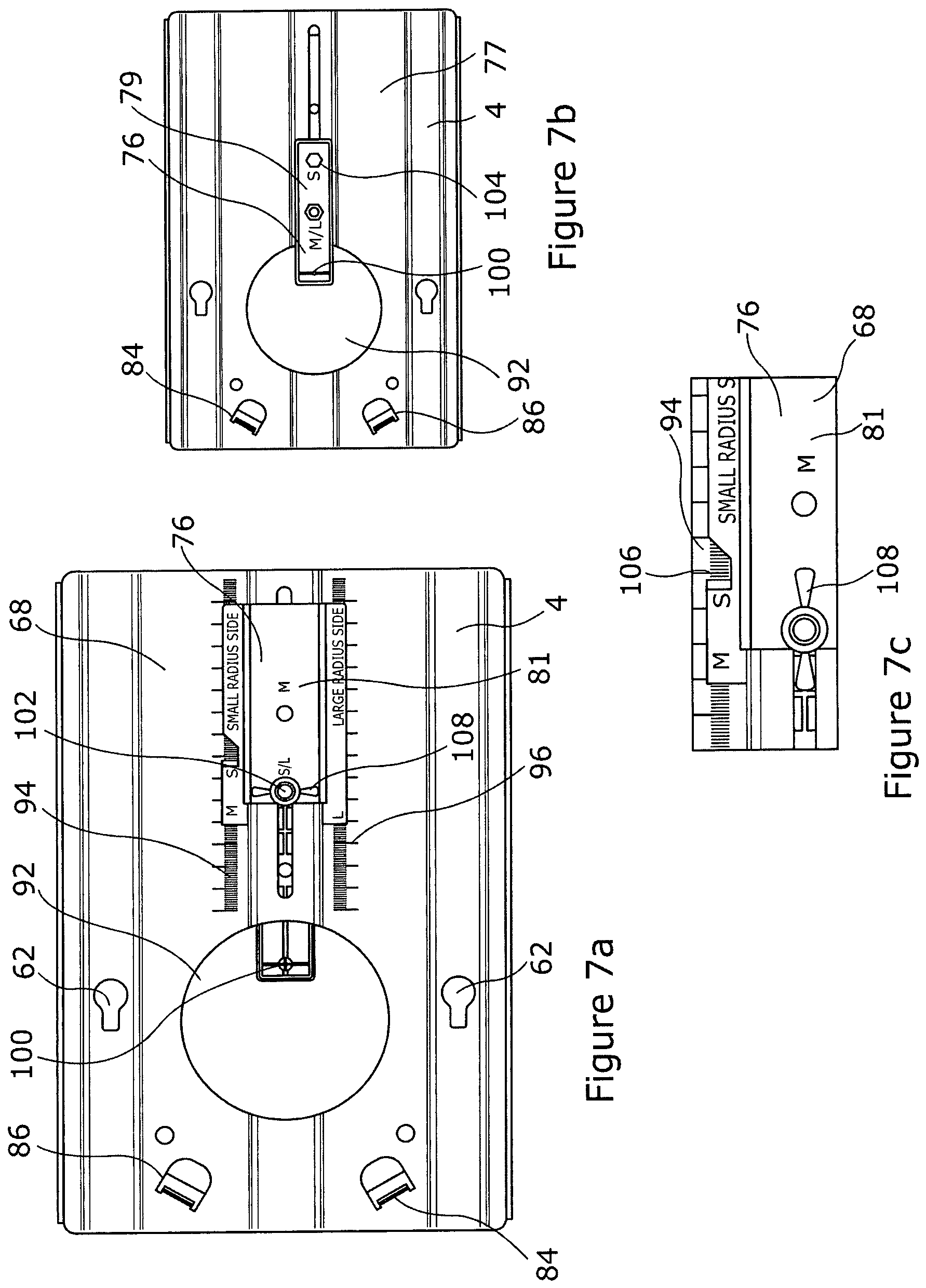 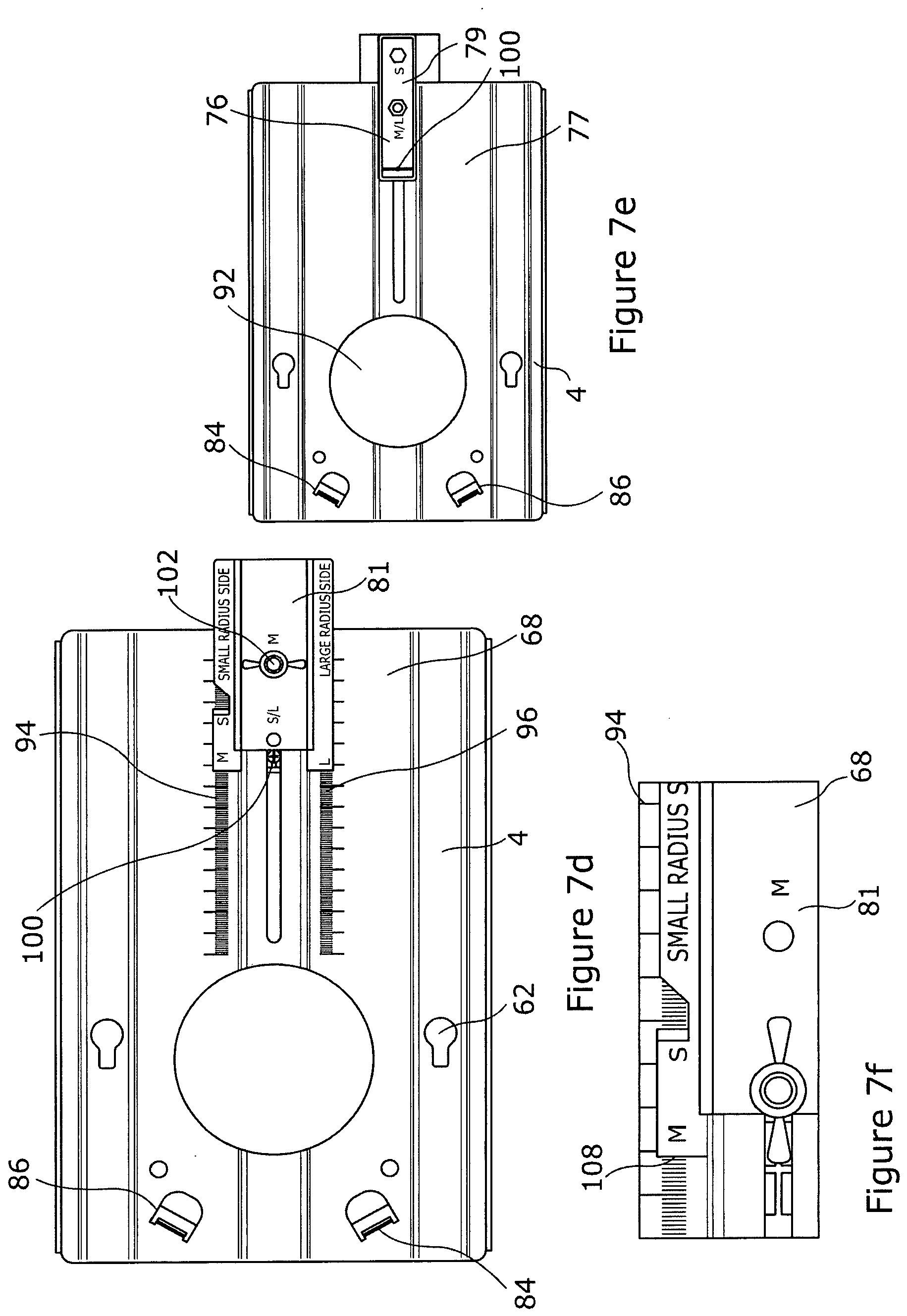 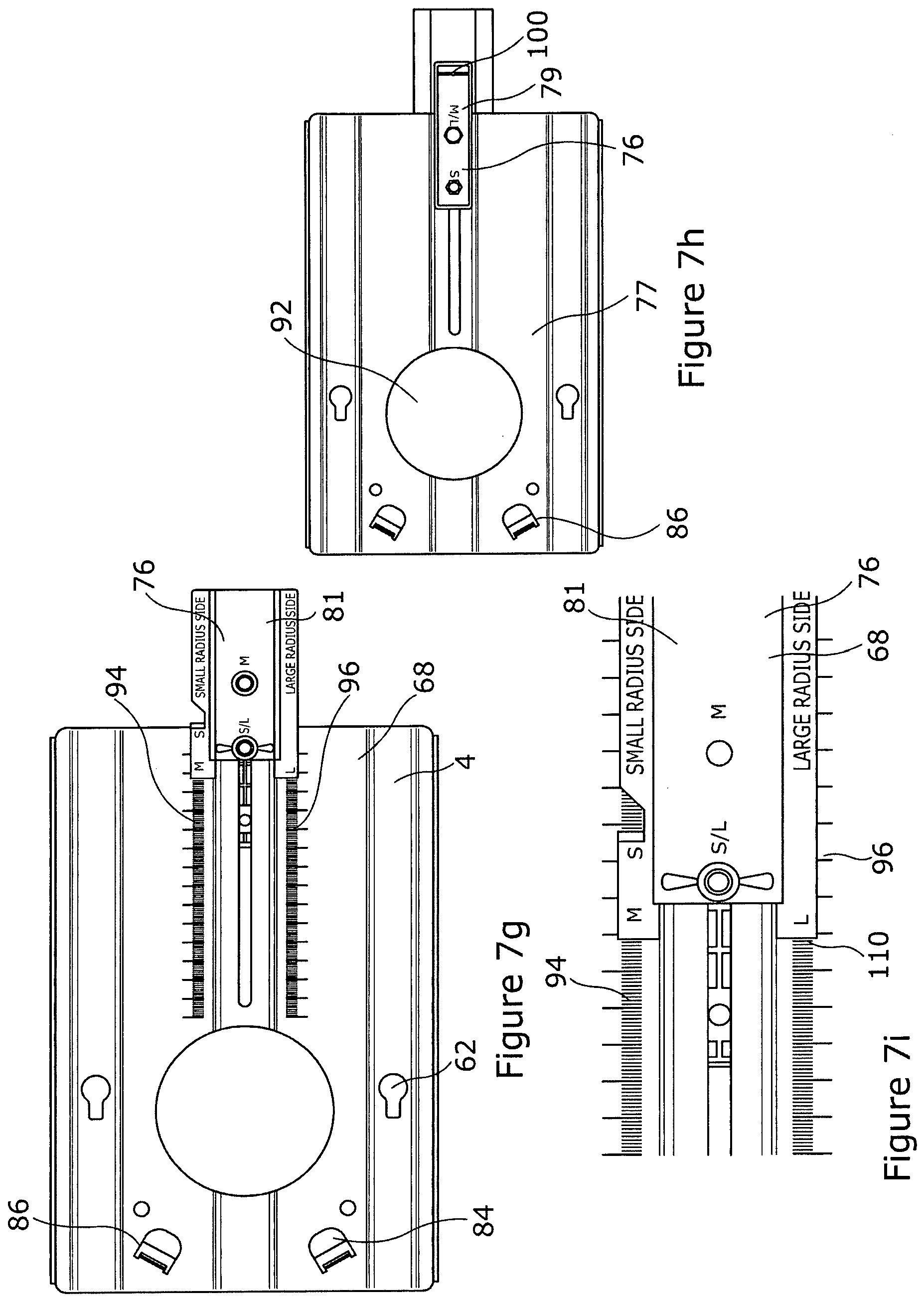 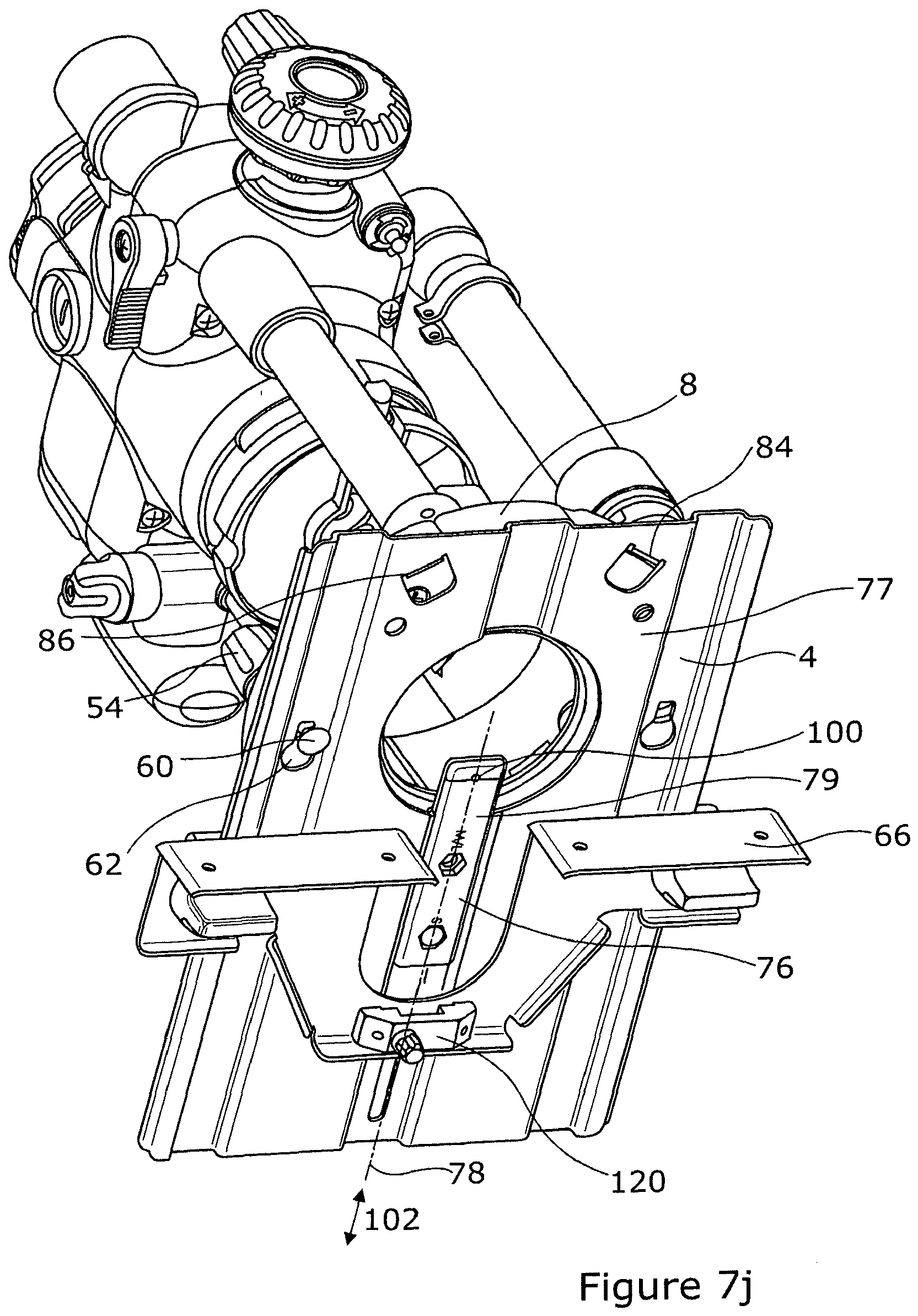