[0004] The invention provides a method of determining a nucleotide sequence of at least one polynucleotide, the method comprising the steps of:

exciting the fluorescent label of each nucleotide upon exiting the nanopore and prior to formation of a quenched state with an adjacent nucleotide;

Fig. 1A illustrates schematically an exemplary embodiment of the invention.

Fig. 1B illustrates expected signals for different times to self-quenching after a fluorescent label or acceptor exits a nanopore.

Fig. 1C illustrates expected signals for specified time to self-quenching and compares to recorded signal from a labeled target polynucleotide translocating a nanopore.

Fig. 2D illustrates a device with positioning of a member of a FRET pair using oligonucleotide hybridization.

Fig. 2E illustrates a hybrid nanopore where the surface of the solid state membrane (201) coated with a hydrophobic layer (202) to which a lipid layer is adhered (203). The lipids form a gigaohm seal with the inserted pore protein.

[0026] In some embodiments, a nanopore is hybrid nanopore comprising a protein nanopore inserted into a pore of a solid phase membrane, as described more fully below. In hybrid nanopores, a first member of a FRET pair may be attached directly to the protein nanopore, or alternatively, directly to the solid phase membrane using conventional linking chemistries, such as "click" chemistries, e.g. Kolb et al, Angew. Chem. Int. Ed., 4): 2004-2021 (2001), or the like. In one embodiment, a first member of a FRET pair is attached directly or indirectly to the protein nanopore, for example, as discussed in reference to Fig. 2D. In another embodiment, the first member of the FRET pair is a donor and a quantum dot. Quantum dots are typically much larger than acceptors, especially acceptors that are organic dyes, which typically have molecular weights in the range of from 200 to 2000 daltons.

Labels for Nanopores and Analytes

1. A method of determining a nucleotide sequence of at least one polynucleotide, the method comprising the steps of:

exciting the fluorescent label of each nucleotide upon exiting the nanopore and prior to formation of a quenched state with an adjacent nucleotide; 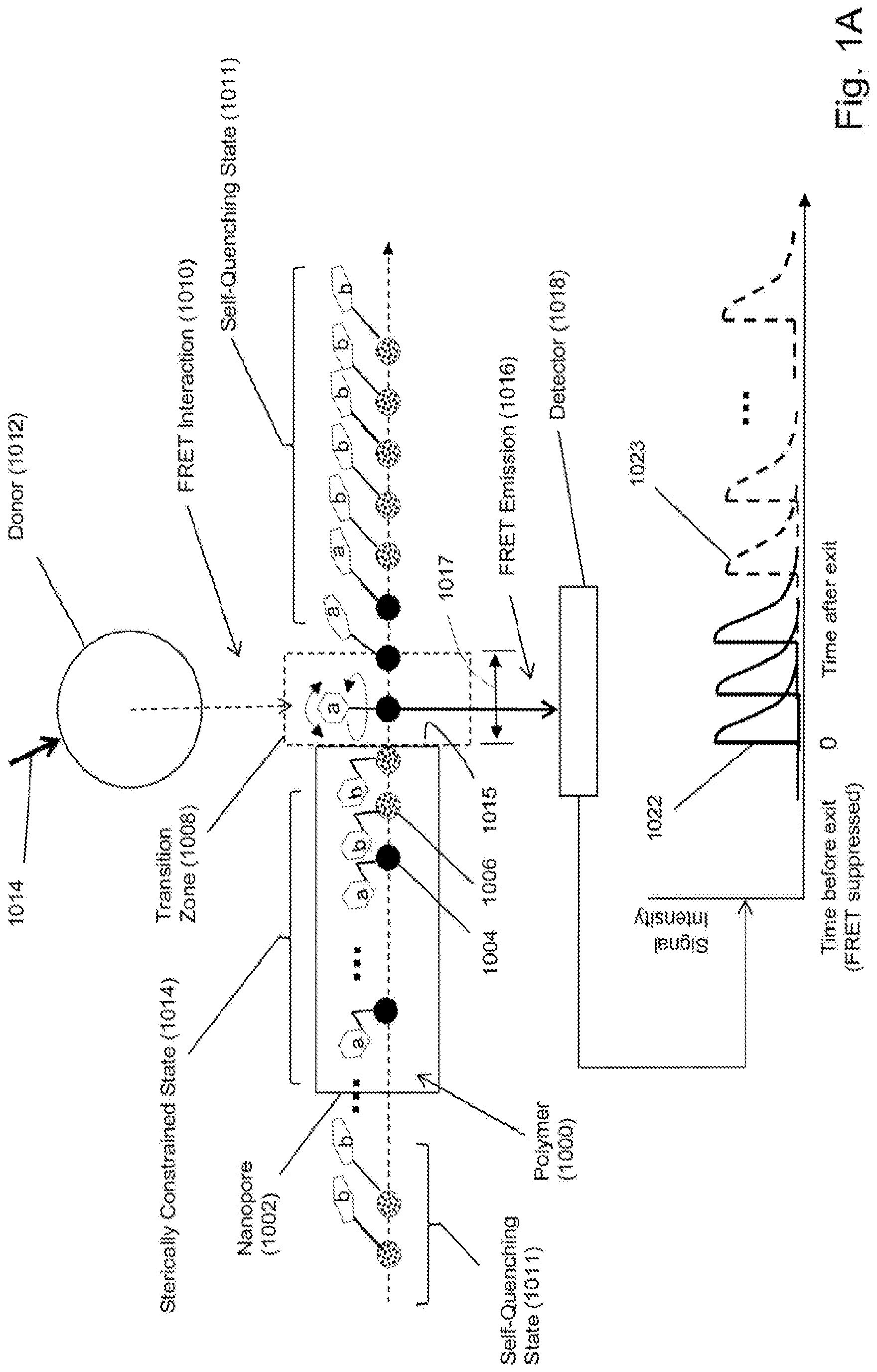 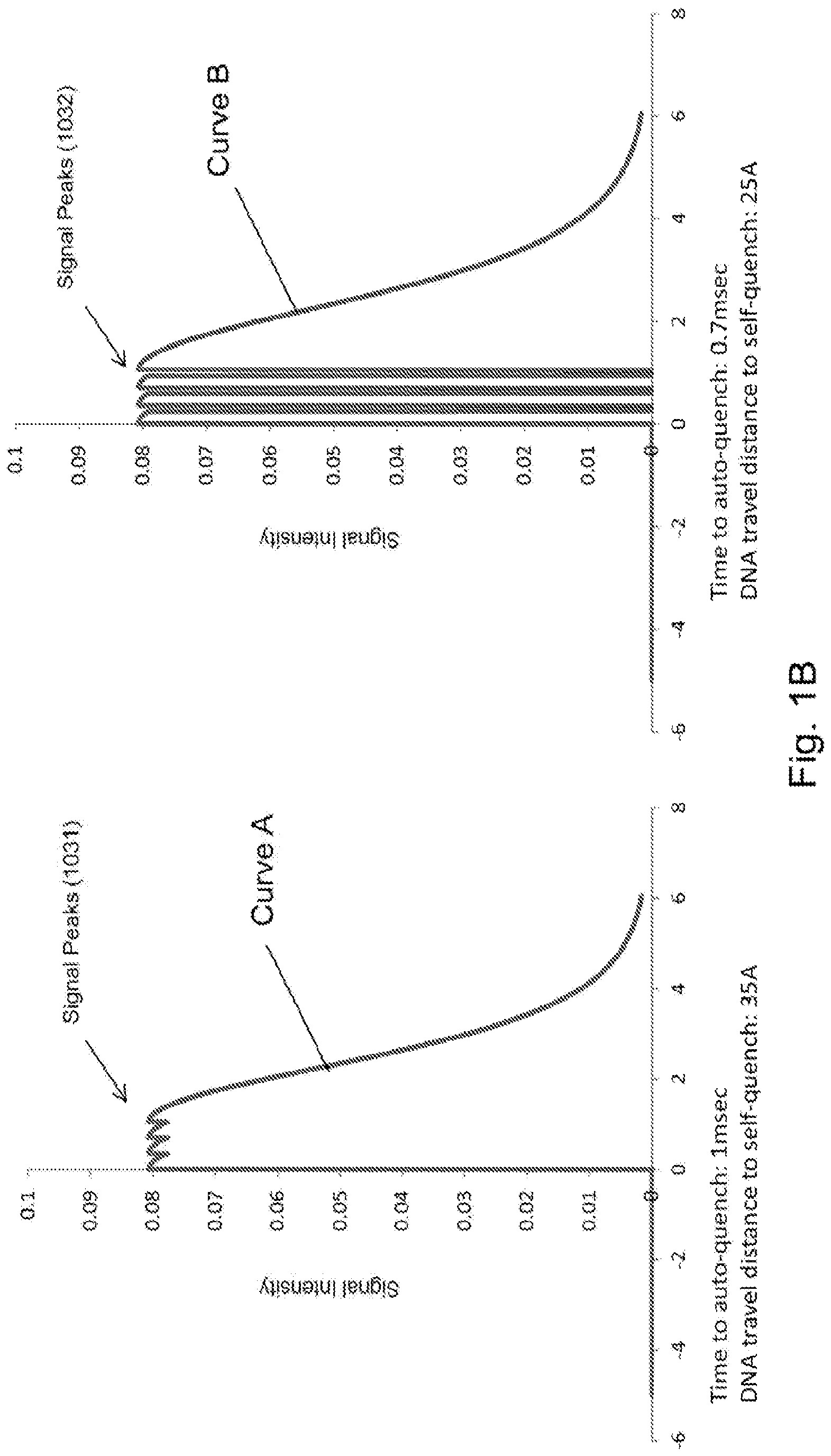 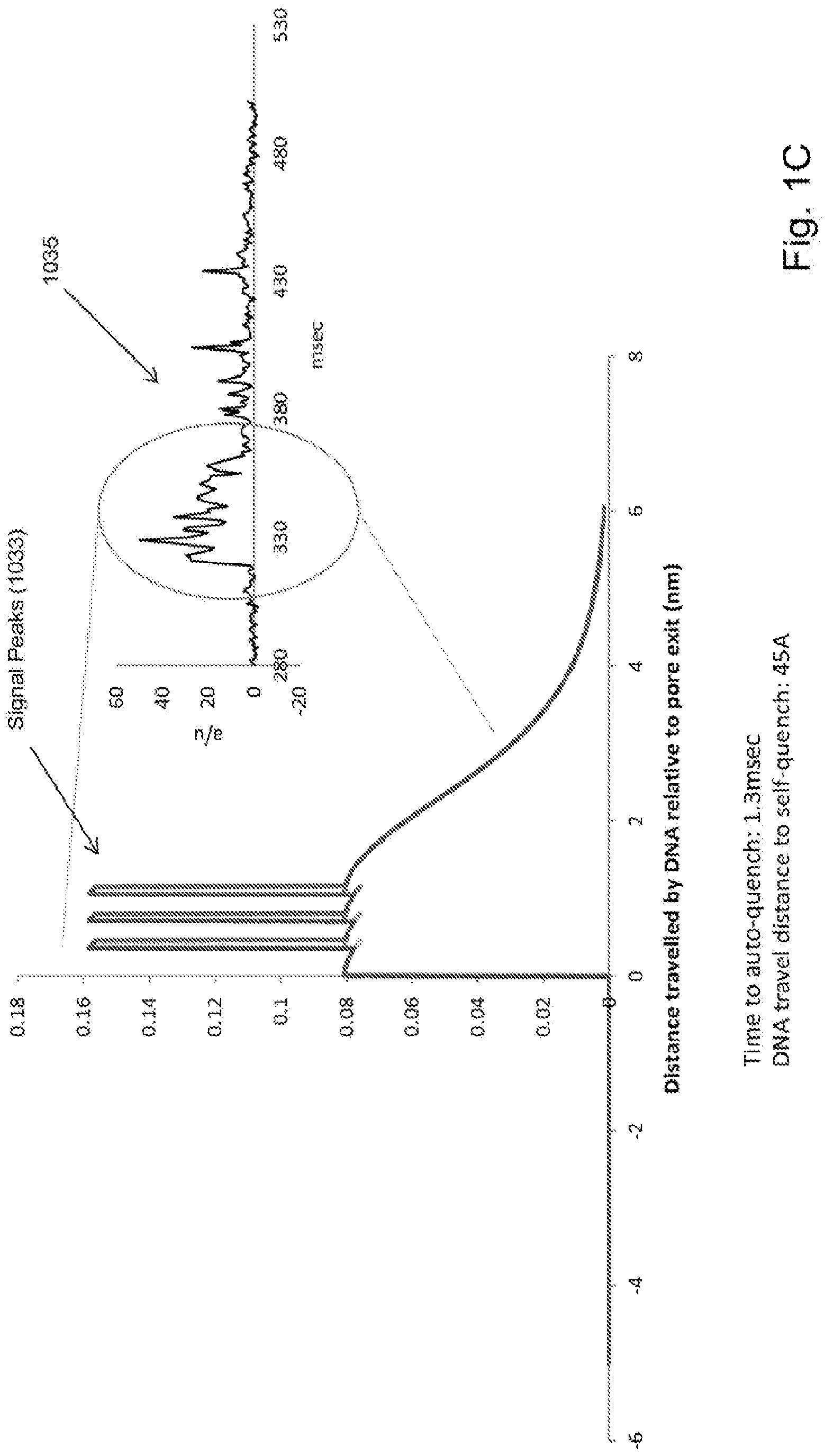 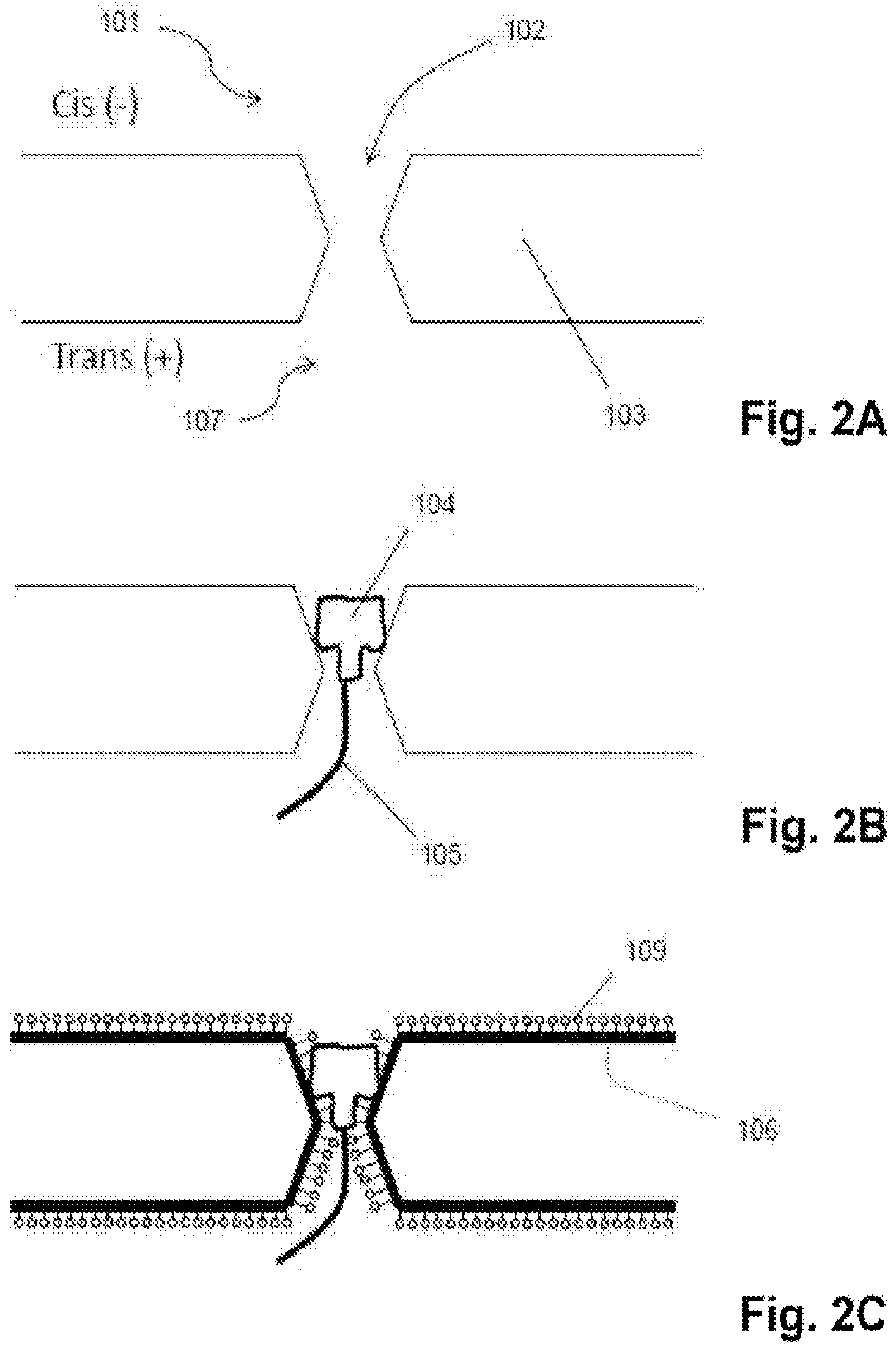 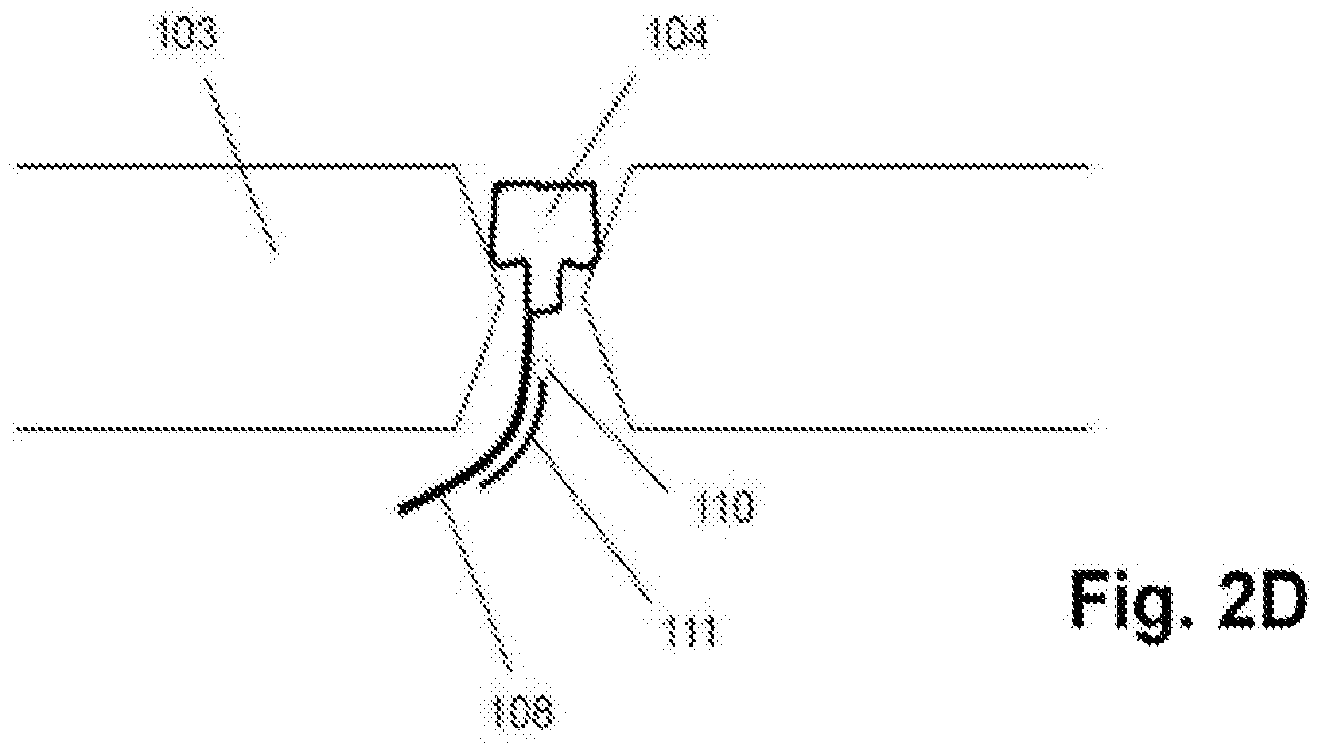 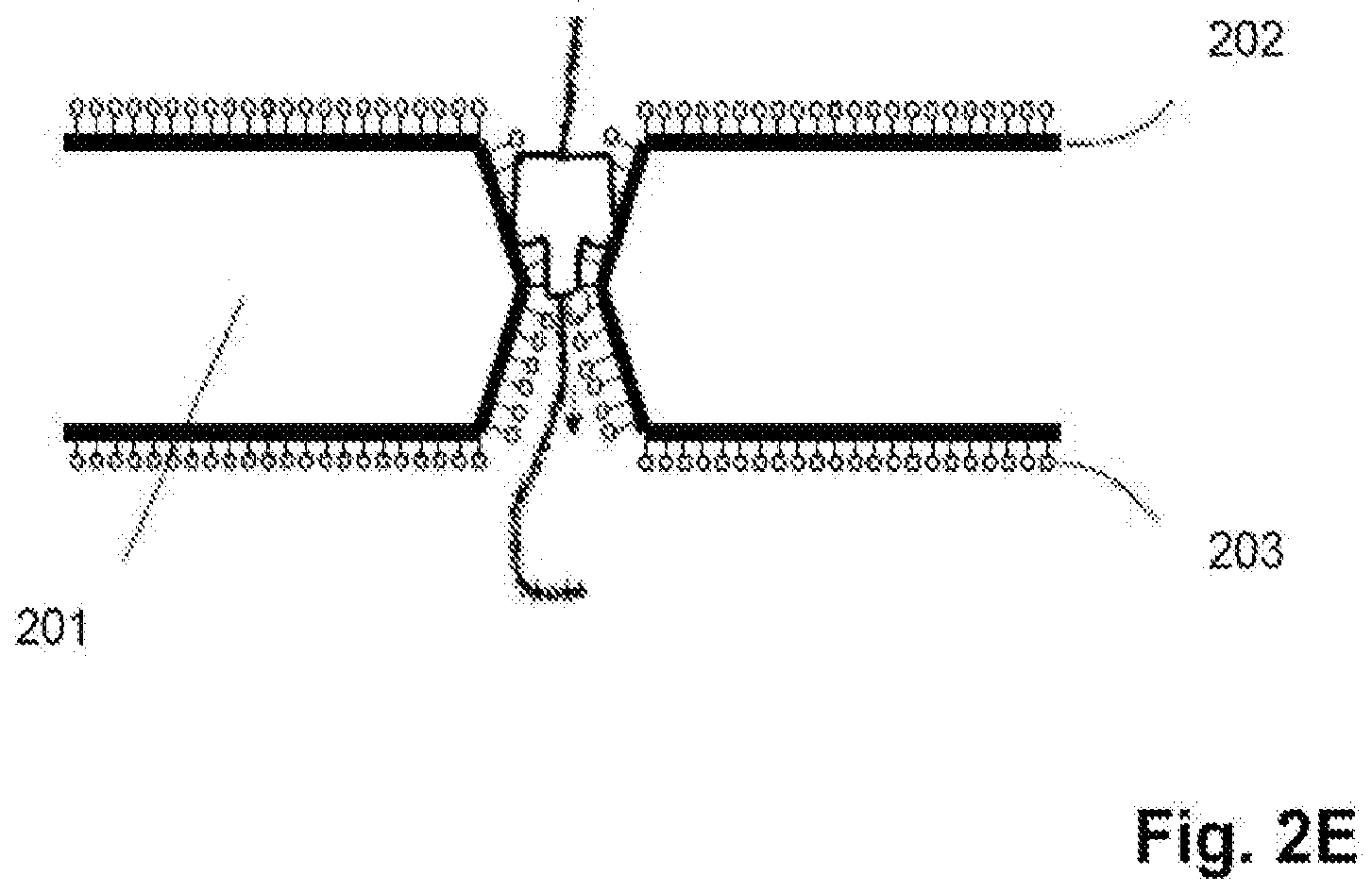 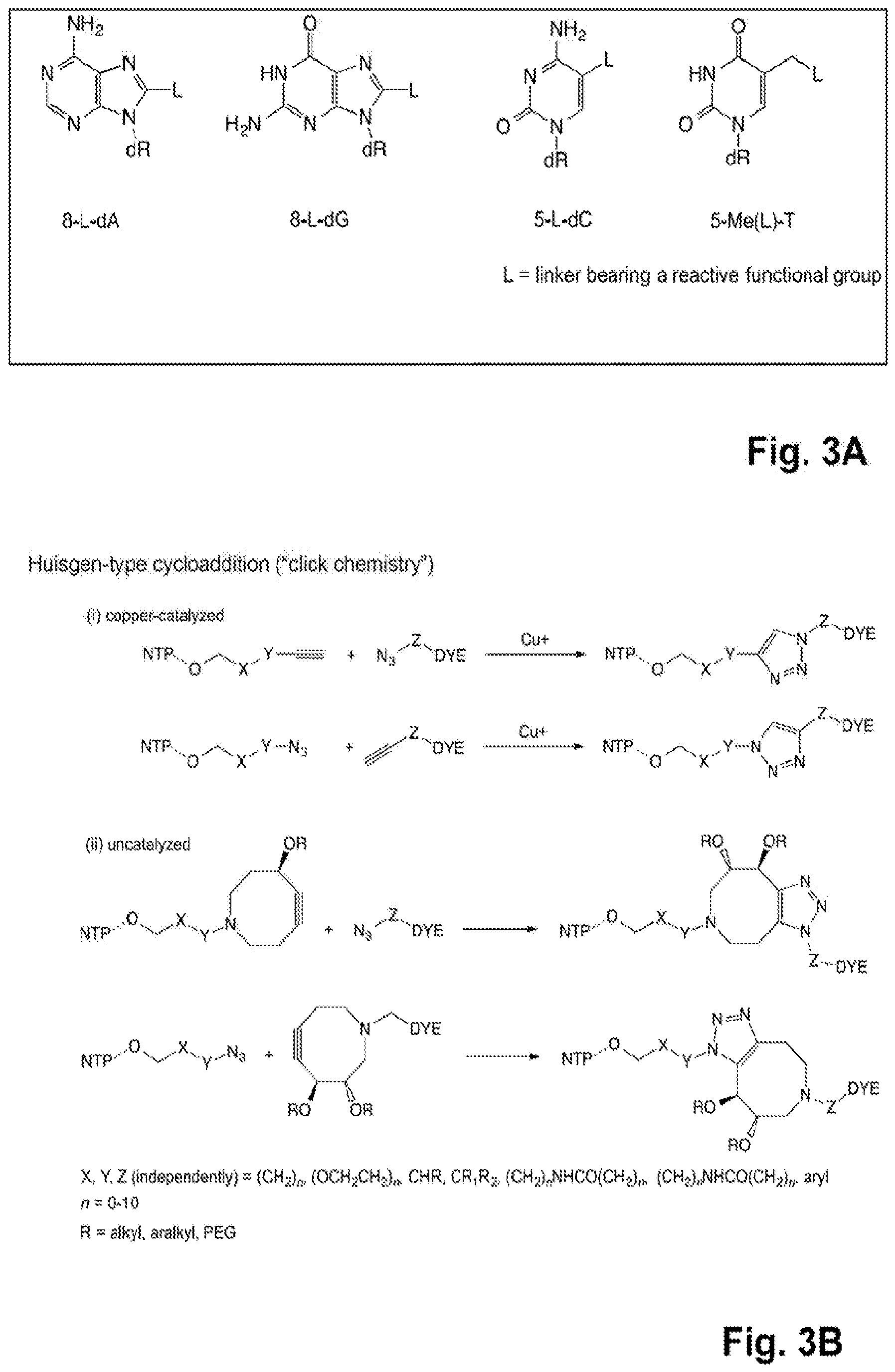 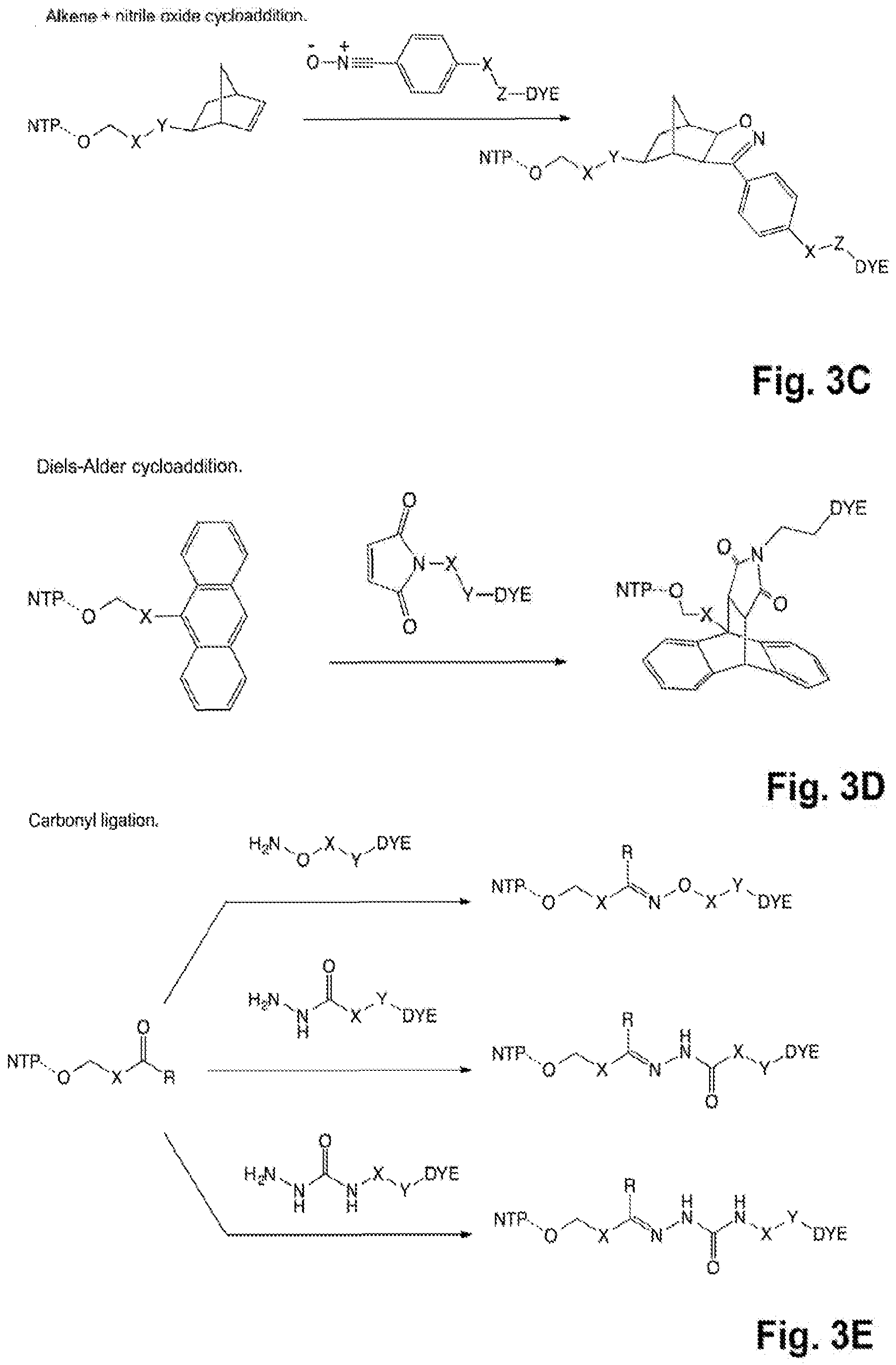 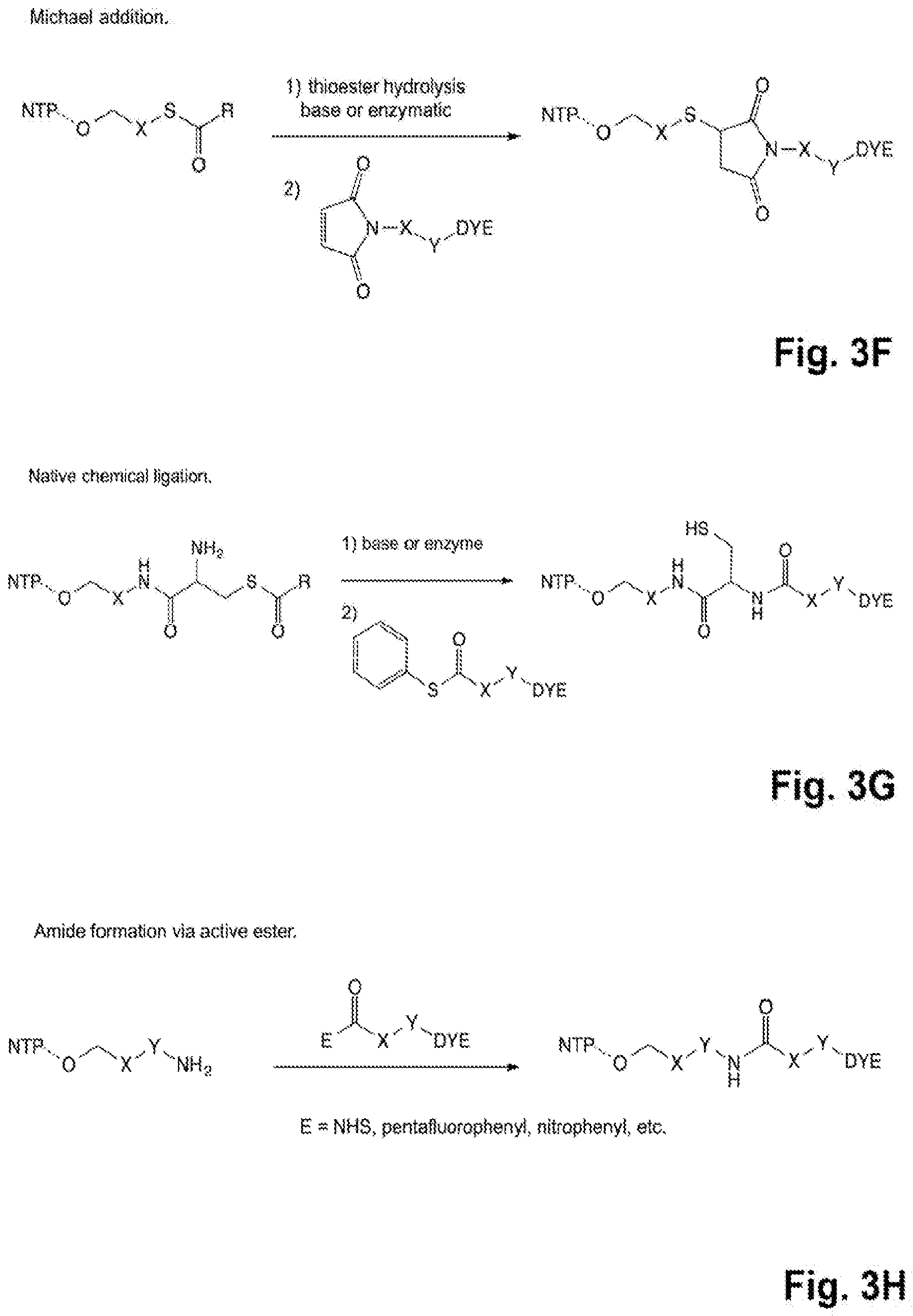