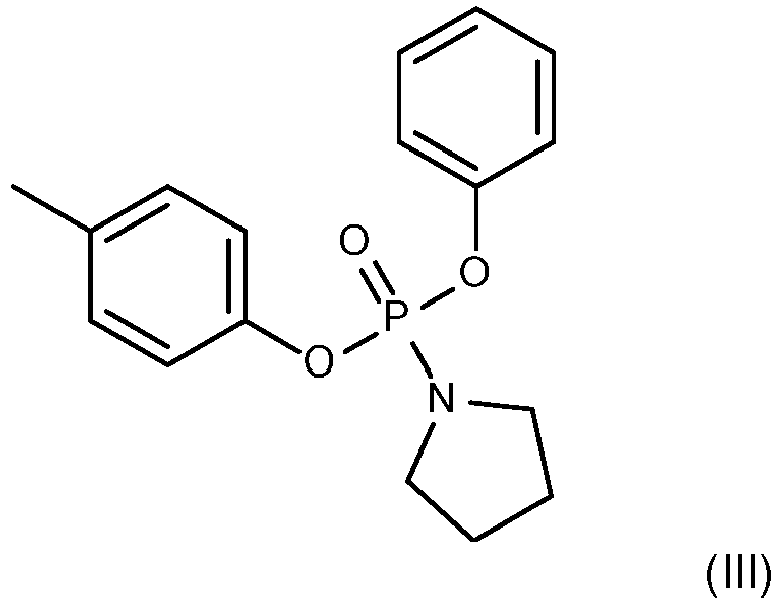 [0021] In general, useful blowing agents are volatile liquids and include but are not limited to aliphatic hydrocarbons, straight chain or branched, with up to 10 carbons; ketones such as acetone and methylethylketone; short chain alcohols such as alcohols having up to 10 carbons; and cycloaliphatic hydrocarbons. Preferred blowing agents are all pentane isomers and mixtures of pentane isomers. An especially preferred blowing agent is n-pentane. Blowing agents are typically used in amounts of about 2 wt% to about 20 wt% based on the weight of the composition, with about 2 wt% to about 10 wt% preferred based on the weight of the composition.

[0022] The EPS composition may further comprise a polyphenylene ether (PPE) resin. Examples of the PPE resin are mentioned in WO2013/034276. The PPE resin is normally a homo- or copolymer having units of the formula 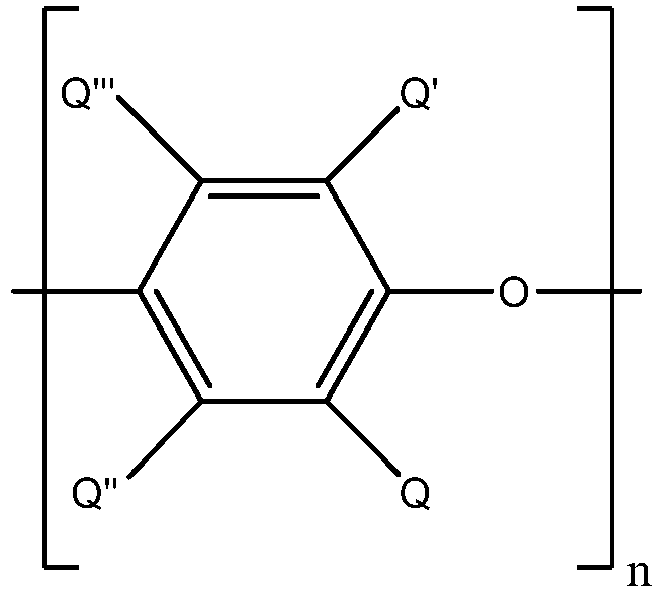 [0034] To improve foamability, finely dispersed droplets of internal water may be introduced into the styrene polymer matrix. An example of a method for this is the addition of water to the molten styrene polymer matrix. The location of addition of the water may be upstream of, together with, or downstream of, the blowing agent feed. Dynamic or static mixers can be used to achieve homogeneous distribution of the water. An adequate amount is generally from 0 to 2% by weight of water, preferably from 0.05 to 1.5% by weight, based on the styrene polymer.
[0035] Expandable styrene polymers (EPS) with at least 90% of the internal water in the form of droplets of internal water with diameter in the range from 0.5 to 15 pm form, on foaming, foams with an adequate number of cells and with homogeneous foam structure.
[0036] The amount added of blowing agent and of water is selected in such a way that the expansion capability of the expandable styrene polymers (EPS), defined as bulk density prior to foaming/bulk density after foaming, is at most 125, preferably from 25 to 100.

[0043] The expandable styrene polymer pellets of the invention can be prefoamed in a first step by means of hot air or steam to give foam beads with density in the range from 8 to 200 kg/m3, in particular from 10 to 50 kg/m3, and can be fused in a second step in a closed mold, to give molded foams.
[0044] The expandable polystyrene particles can be processed to give polystyrene foams with densities of from 8 to 200 kg/m3, preferably from 10 to 50 kg/m3. To this end, the expandable beads are prefoamed. This is mostly achieved by heating of the beads, using steam in what are known as prefoamers. The resultant prefoamed beads are then fused to give moldings. To this end, the prefoamed beads are introduced into molds which do not have a gas-tight seal, and are treated with steam. The moldings can be removed after cooling.

[0045] Phosphate amine esters were synthesized from phenyl-dichlorophosphate by the replacement of one of the chlorines by a substituted alcohol and the other chlorine by a secondary amine, see Figure 1 showing the reaction scheme for the preparation of the phosphate amine esters. 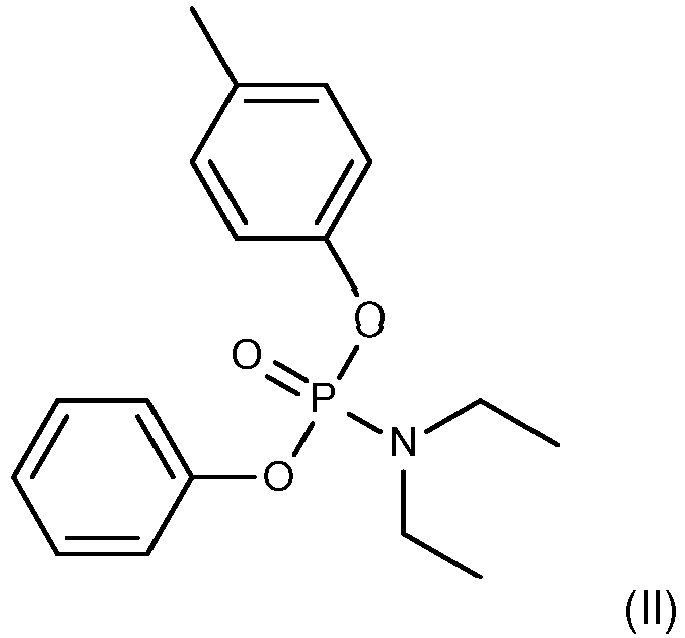 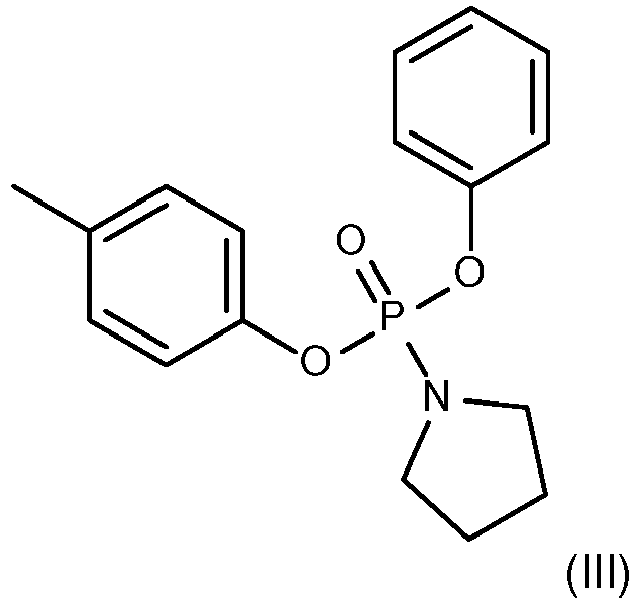 1. Polystyrene composition comprising polystyrene and a compound according to formula (III), 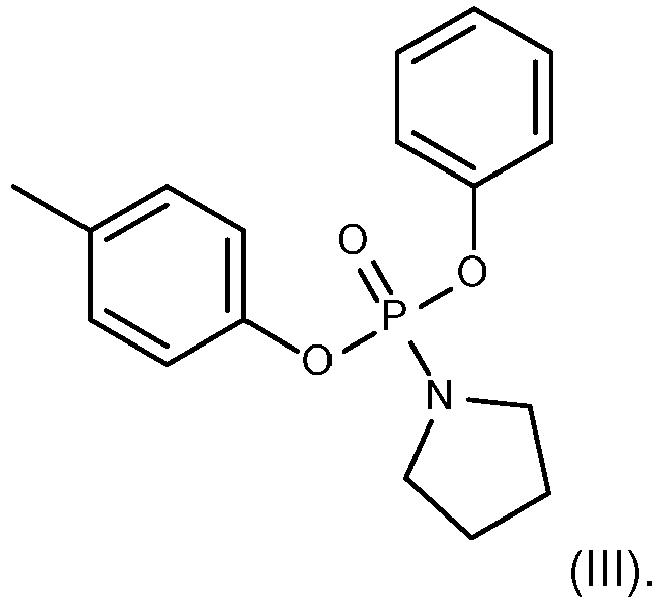 2. Polystyrene composition according to claim 1, wherein the amount of the compound (III) is 1-10 wt% of the total composition.

4. Compound according to Formula (III), 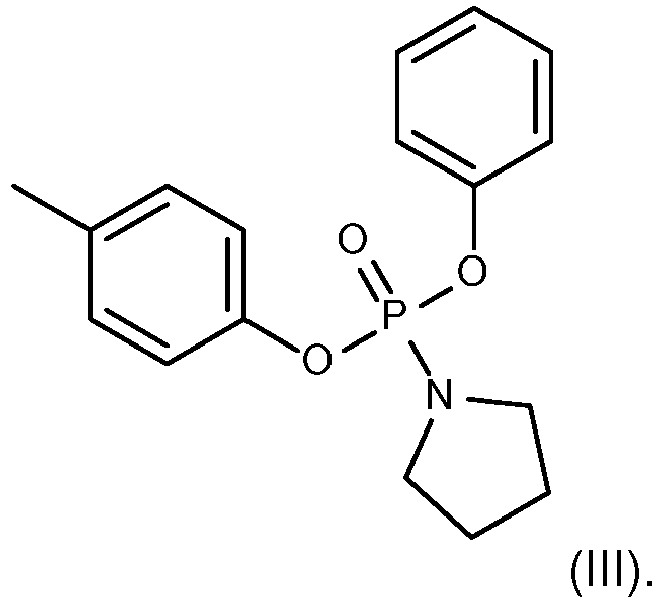 5. A process for the preparation of the compound according to claim 4, comprising the steps of:

(ii) reacting pyrrolidine and the reaction product of step (i) to obtain the compound of formula (III).

6. Use of the compound according to claim 4 as a flame retardant in a polymer composition.

7. Use according to claim 6, wherein the polymer composition is a polystyrene composition.

8. Use according to claim 6 or 7, wherein the polymer composition is an expandable polystyrene composition. 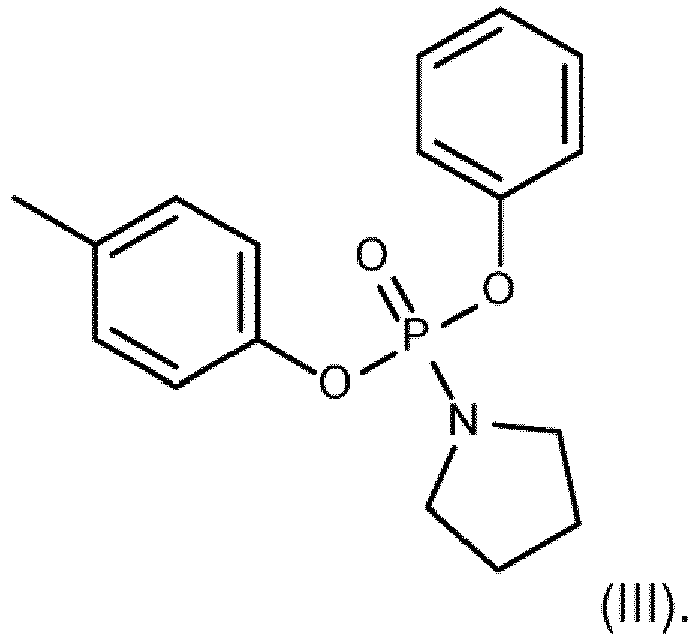 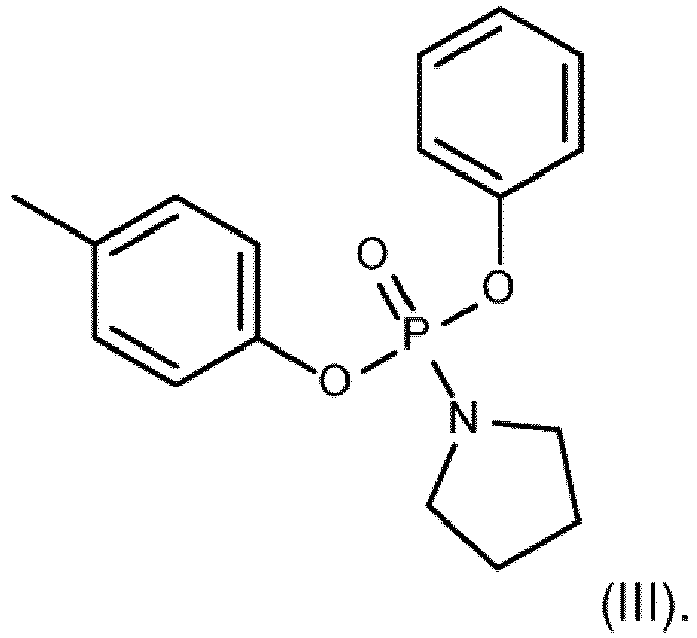 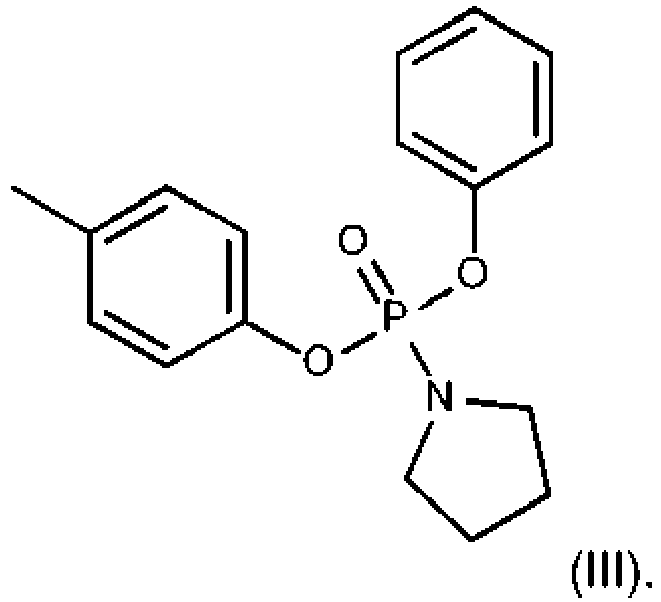 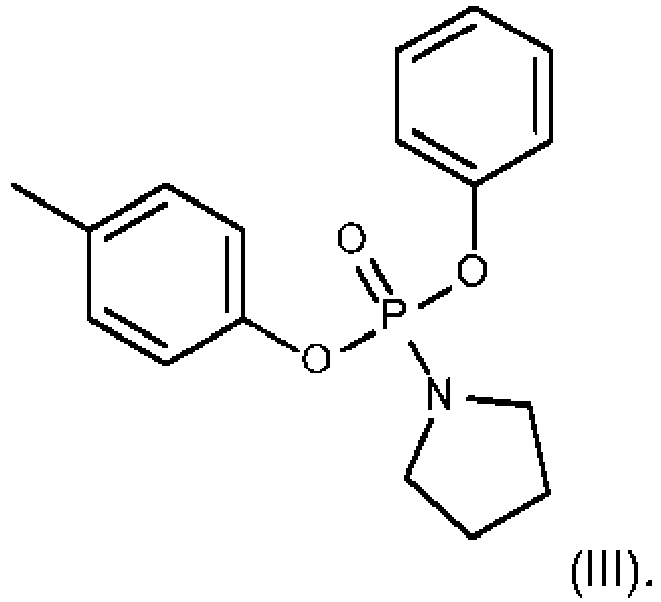