Figure 1 is an overview of a small-form factor pluggable device according to the invention, and the components with which it co-operates in the performance of the embodiments of the method of the invention

Figure 10 illustrates an alternative configuration for use in a variant of the steps of Figures 7, 8 and 9

Figures 11 and 12 illustrate two prior art approaches, and have already been discussed; more specifically,

Figure 11 is an overview of a classical networked system

1. A method of installing an application on a configurable server device (50), the method comprising the steps of:

initiating and mediating, from the intermediate communications interface device, a tunnelled network connection (72) through a telecommunications network (70) to a remote network operating centre (60), the connection being independent of the configurable server device,

receiving, at the configurable server, configuration data downloaded from a programme provisioning server (64) hosted by the network operating centre,

and installing the application by configuring the server device in accordance with the configuration data, 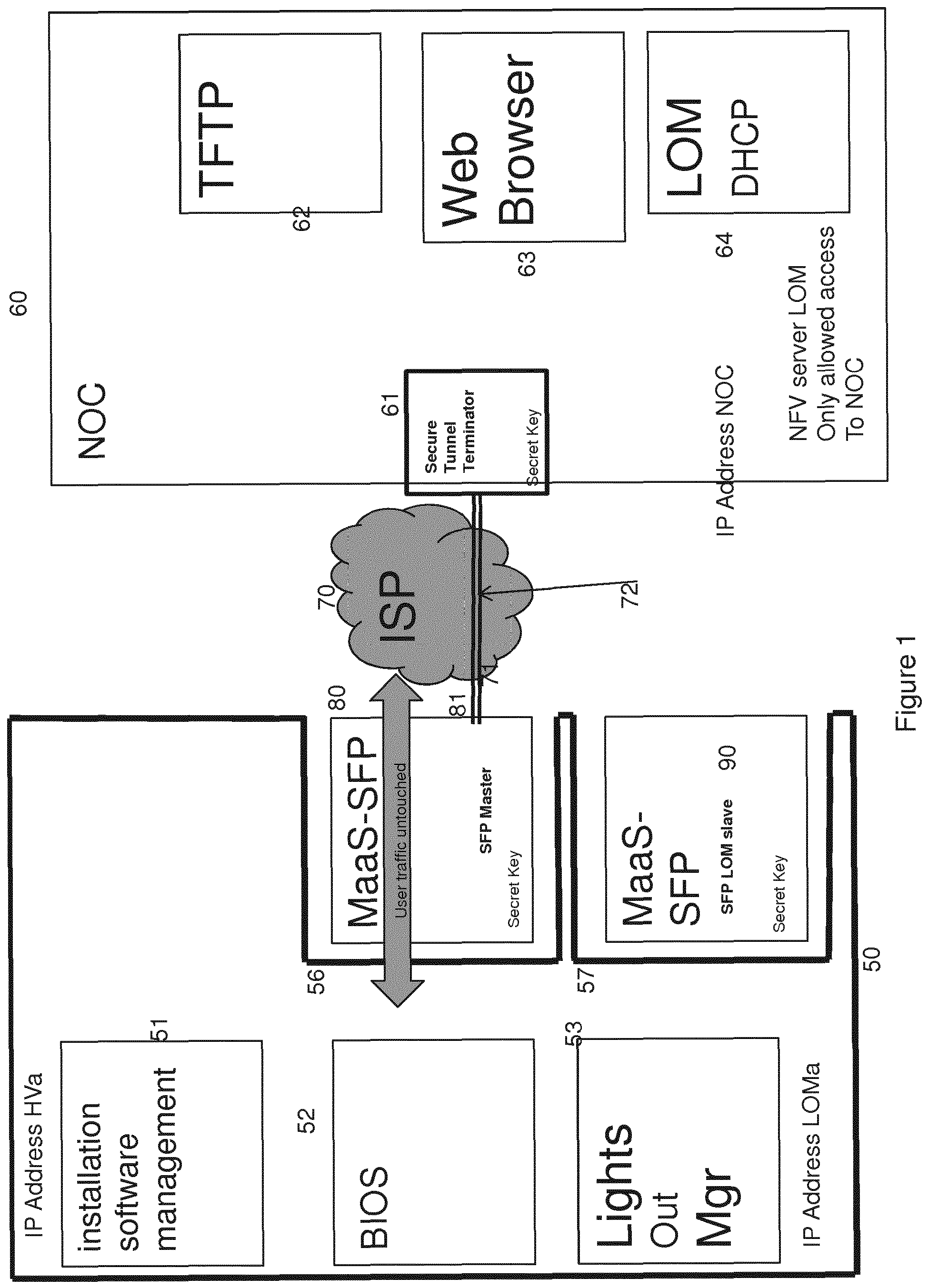 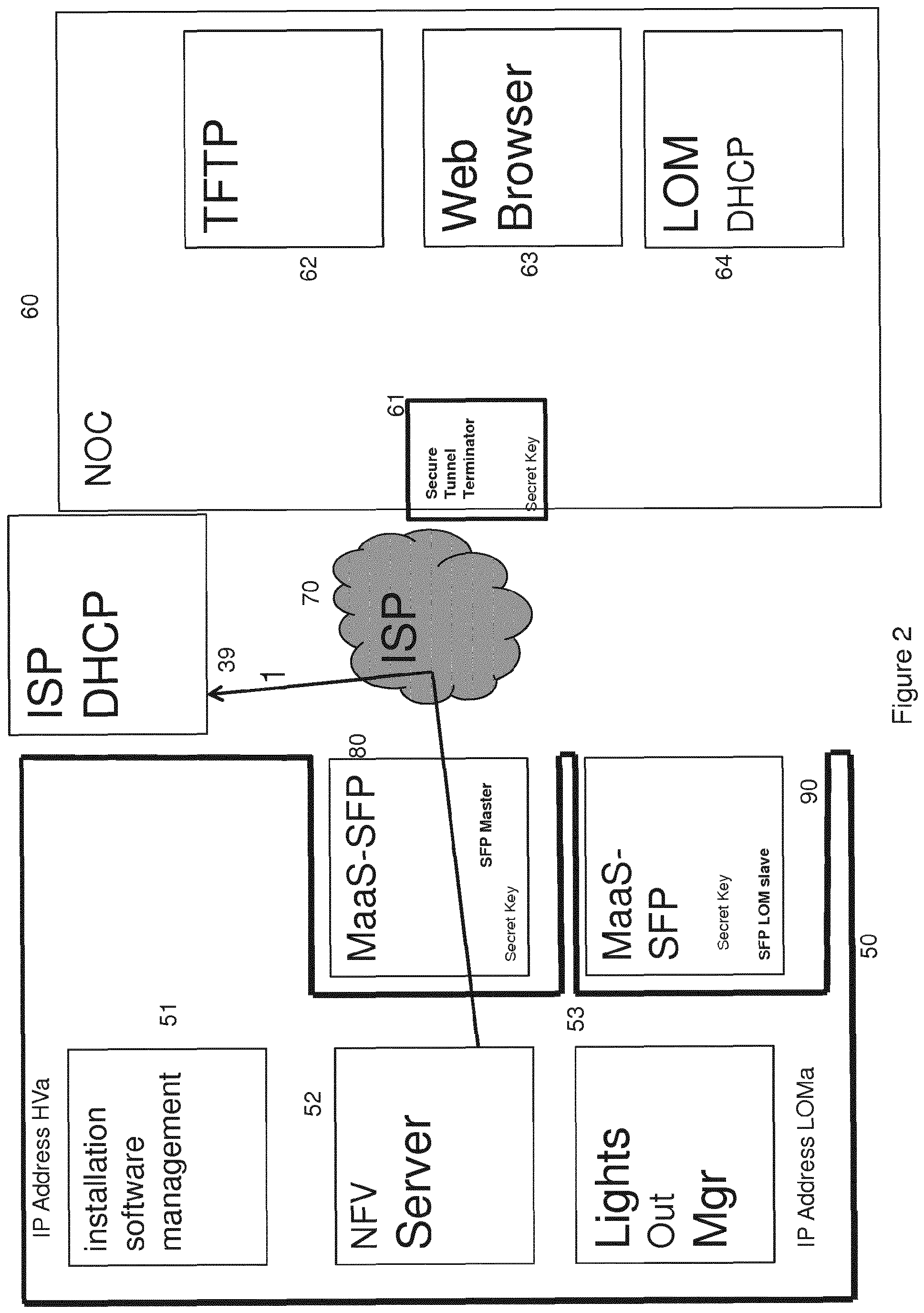 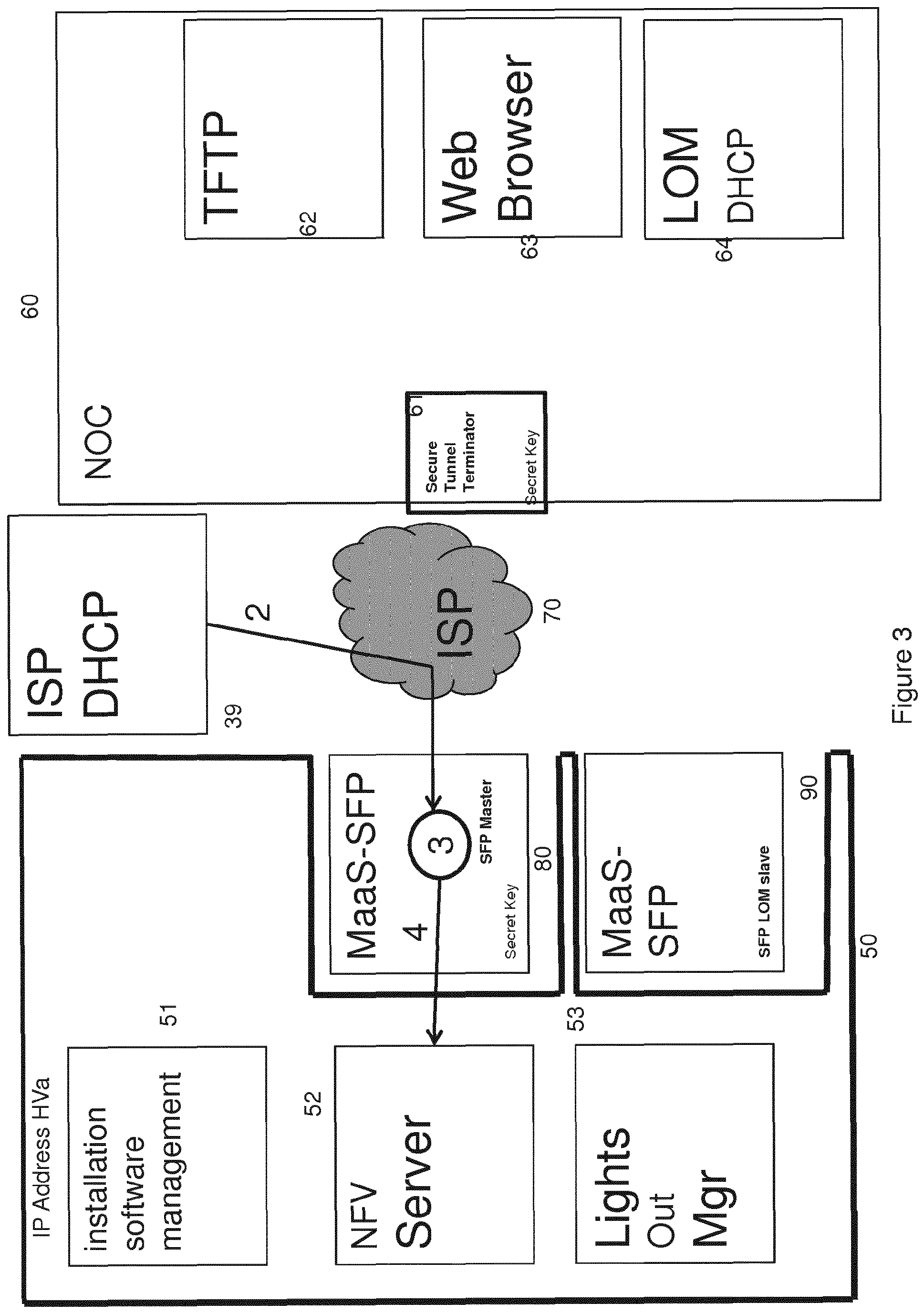 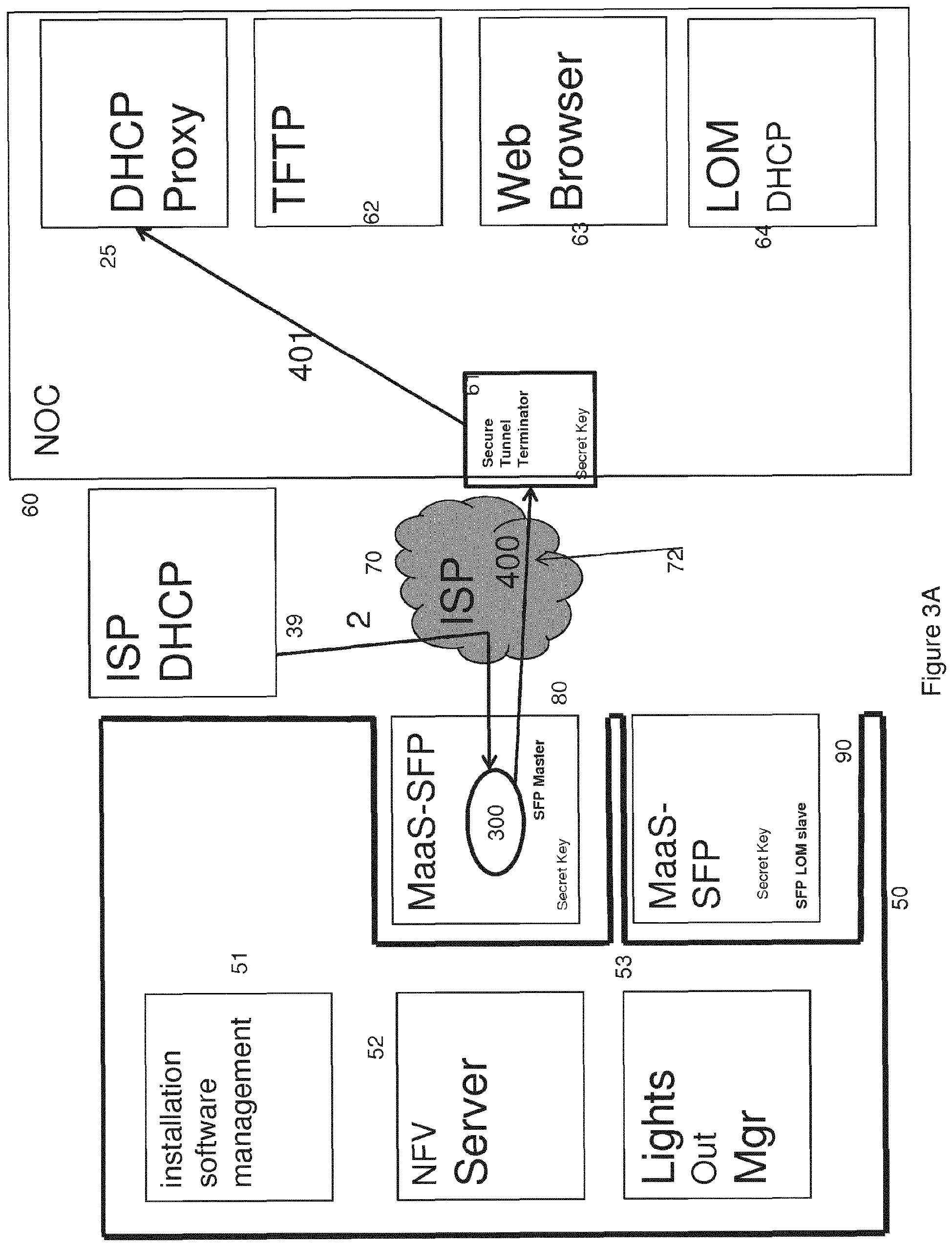 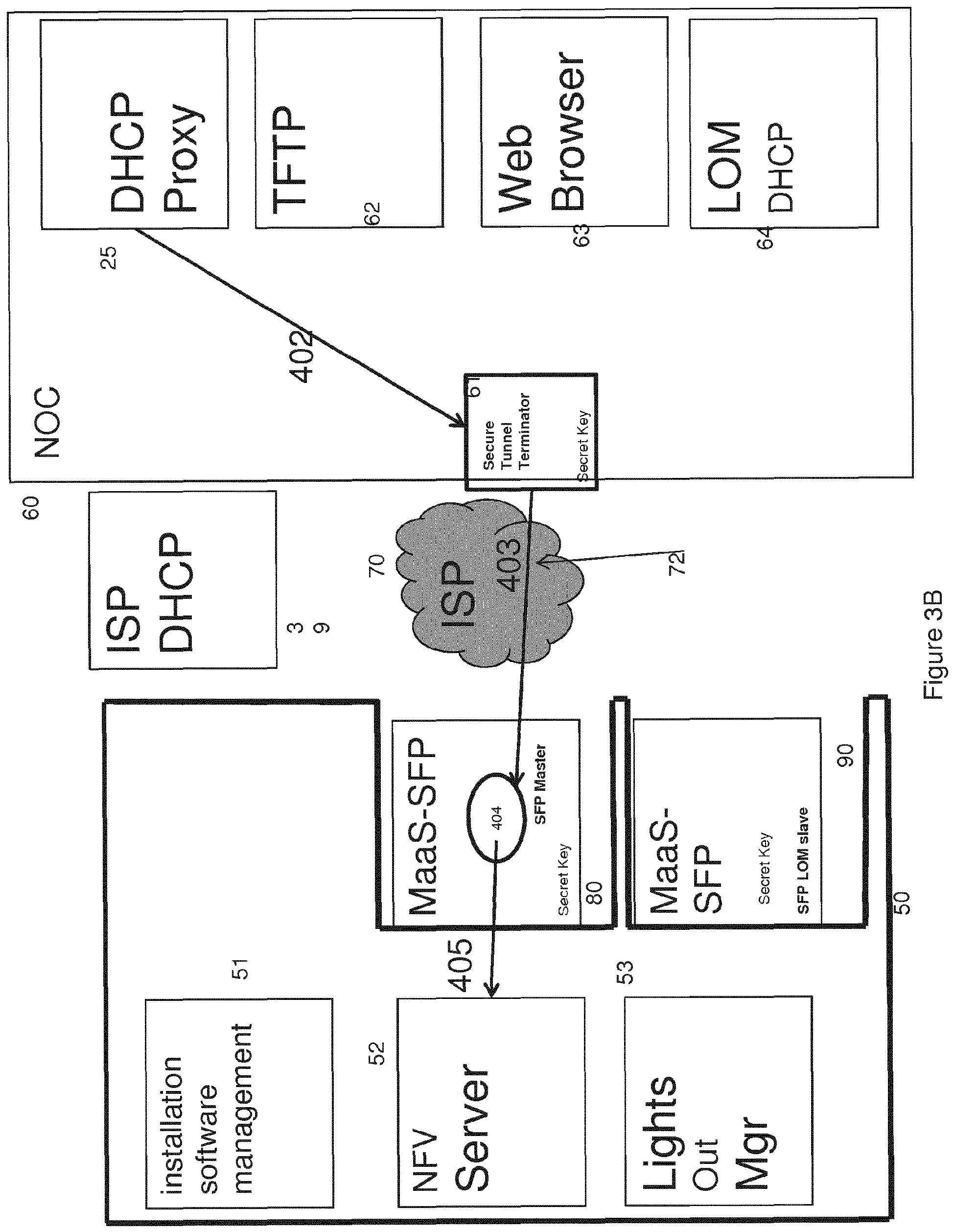 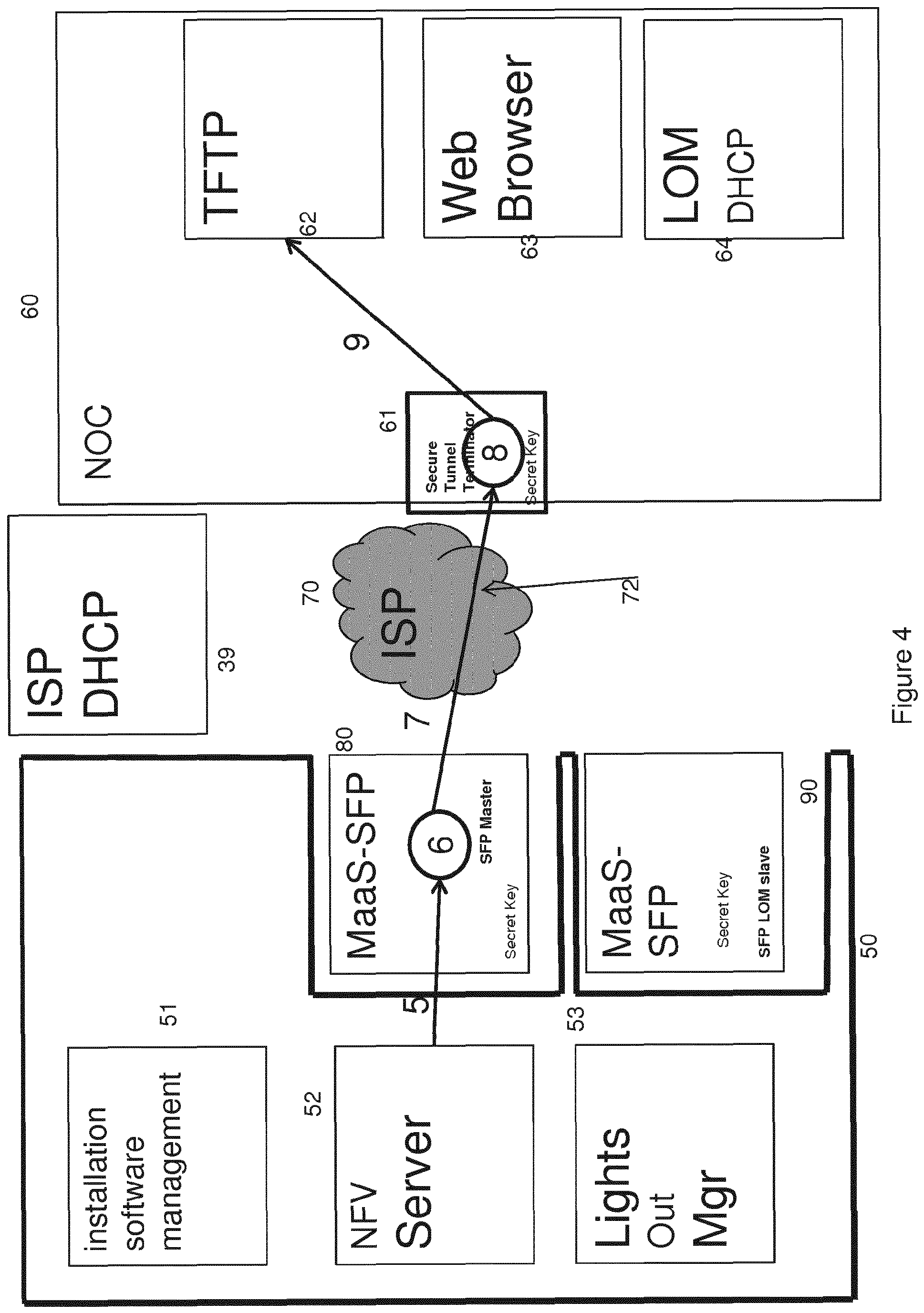 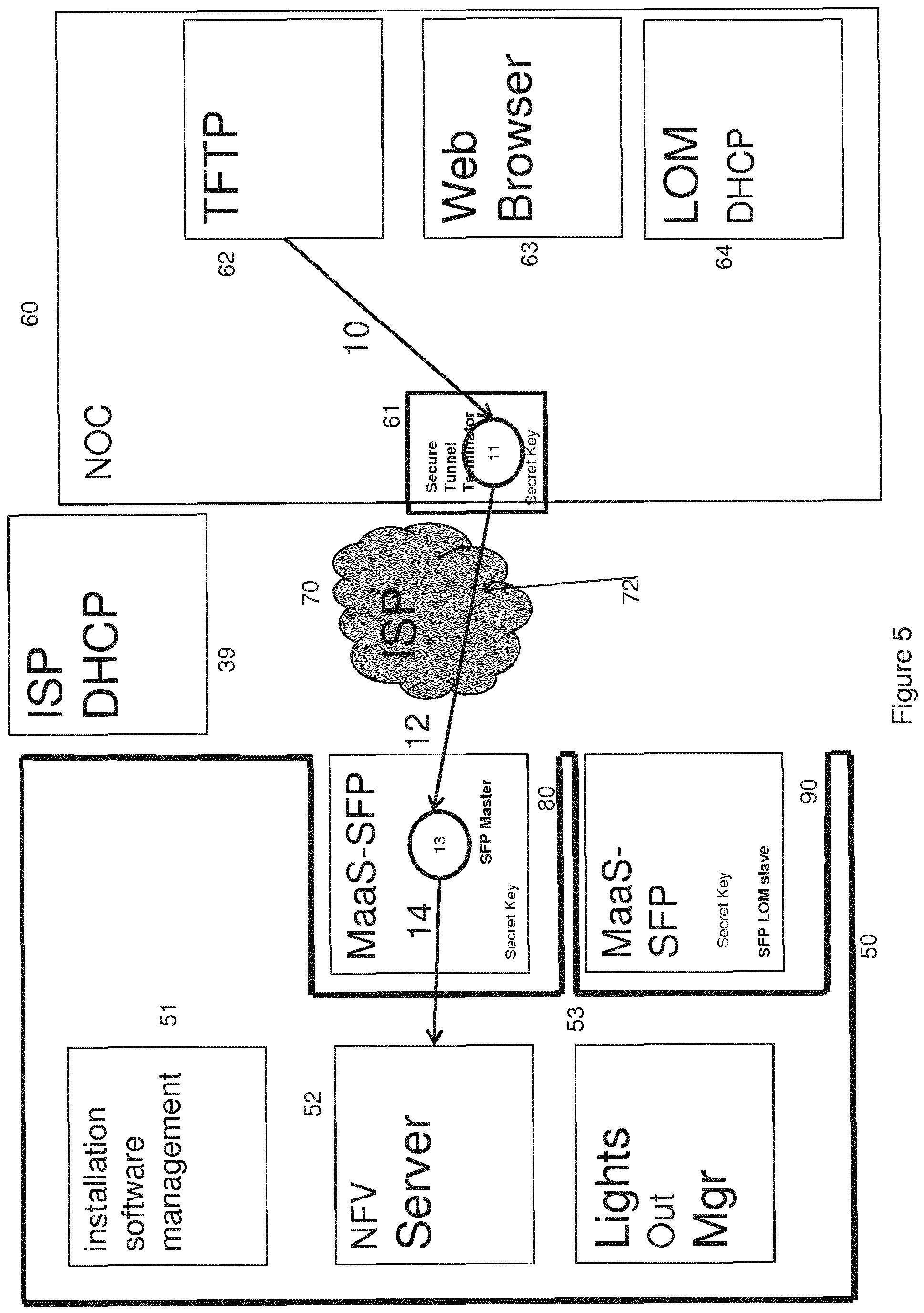 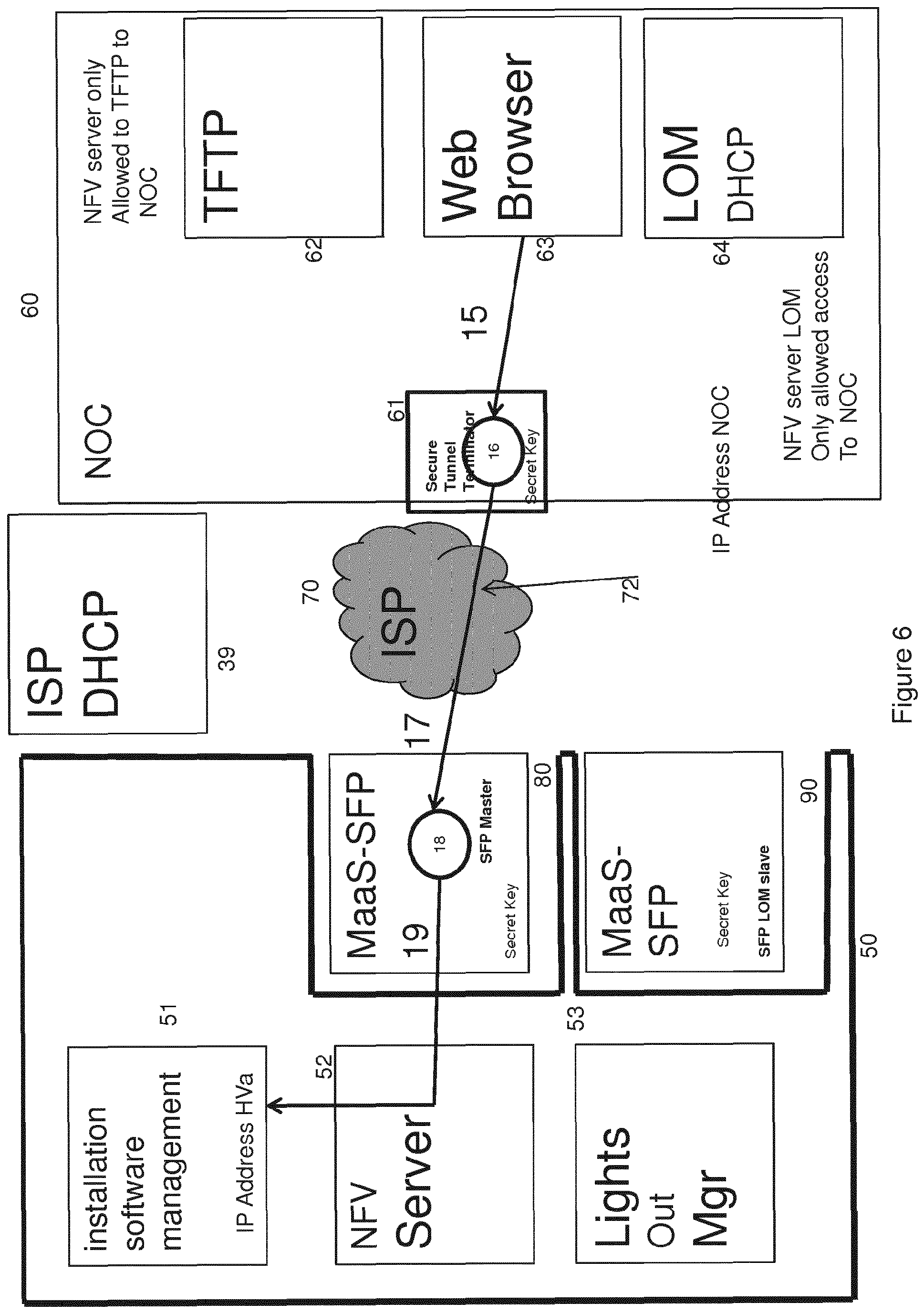 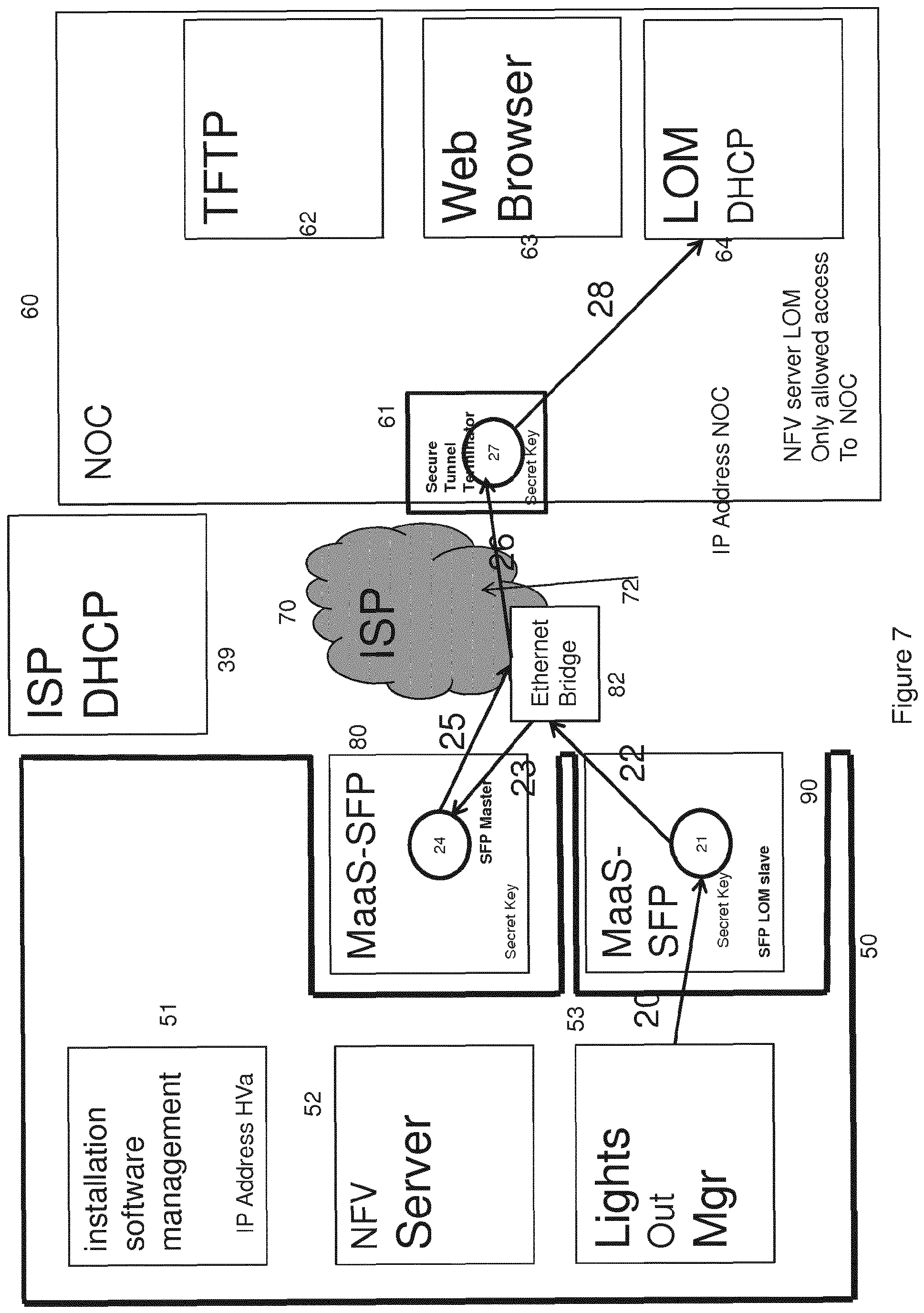 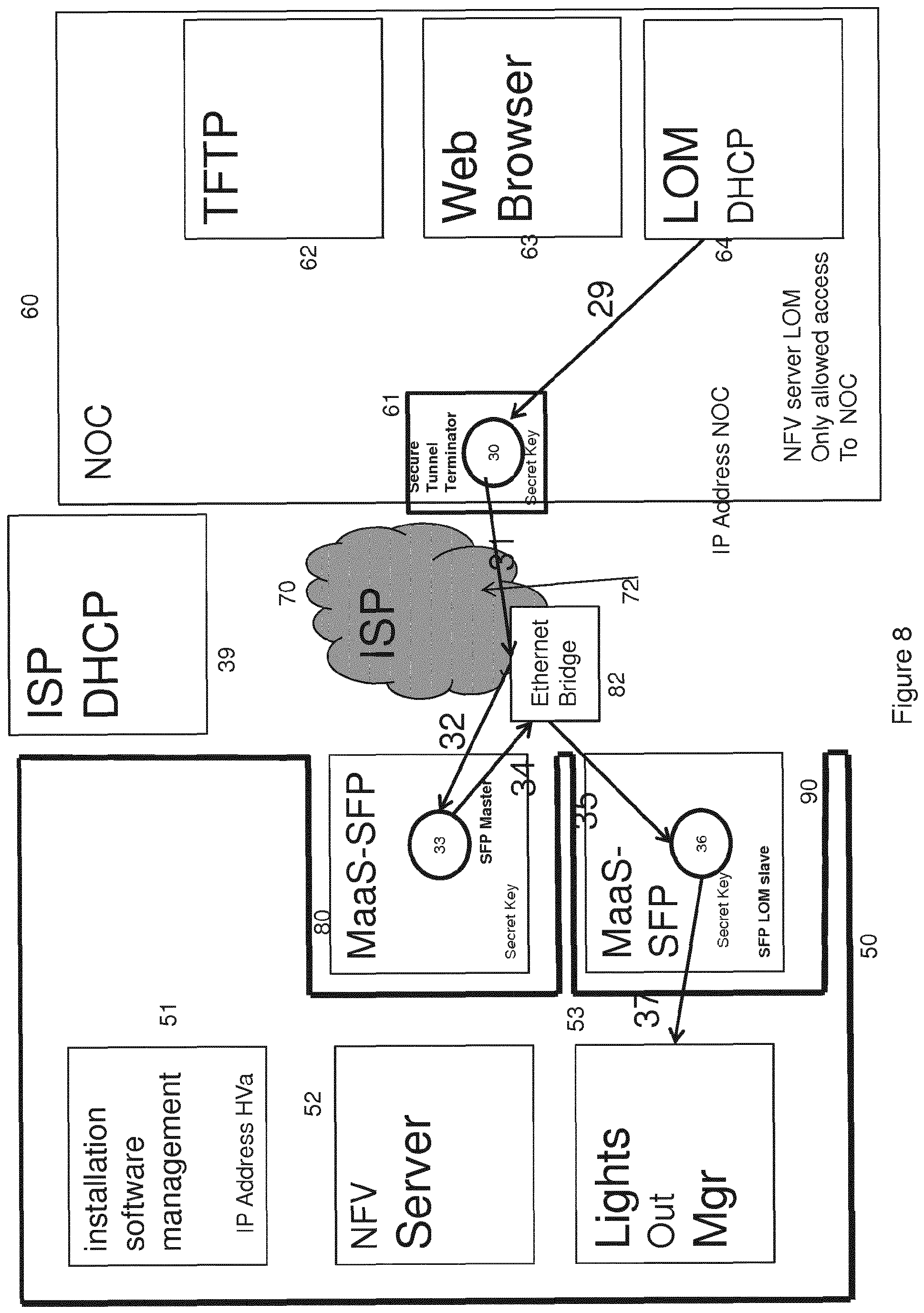 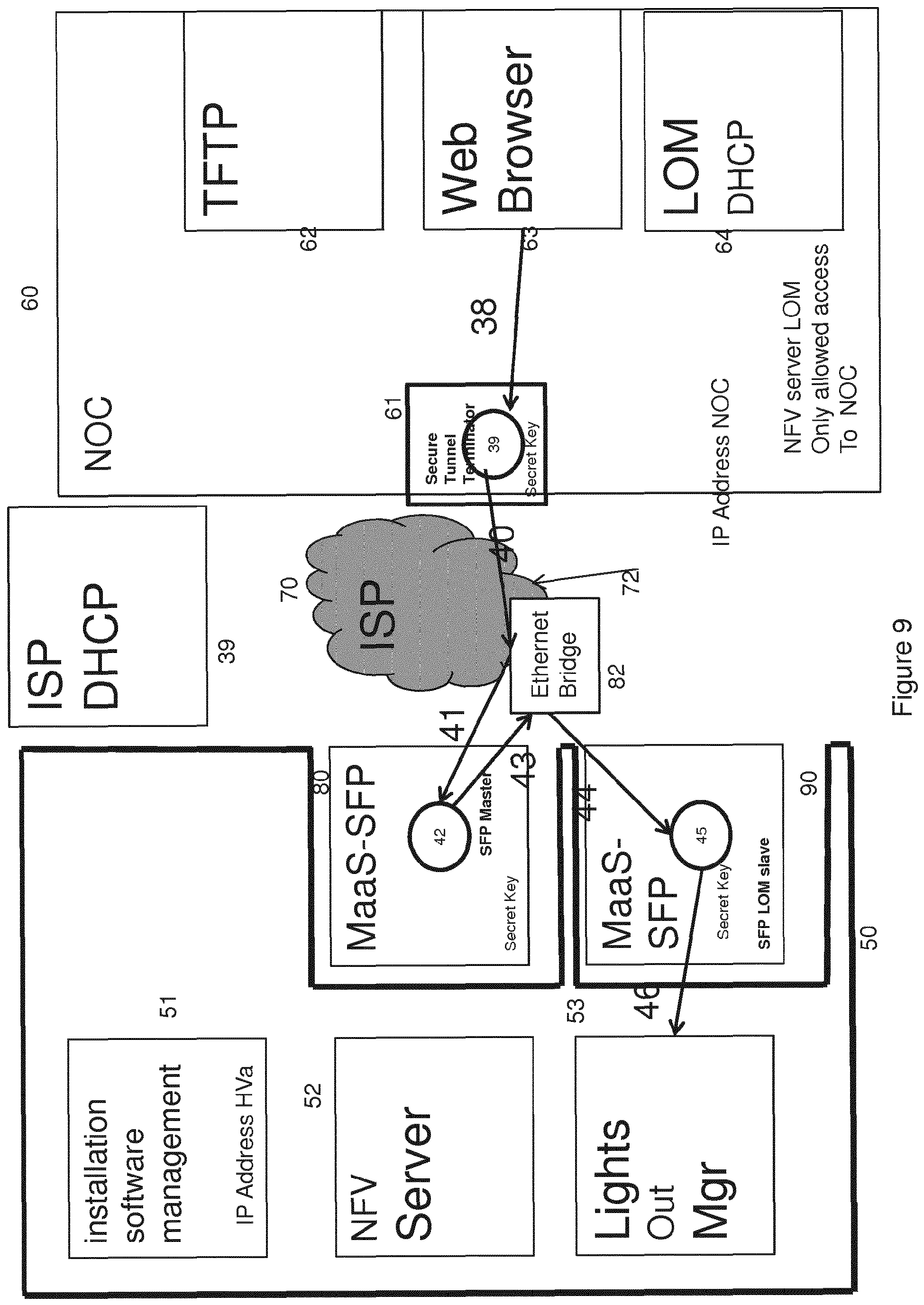 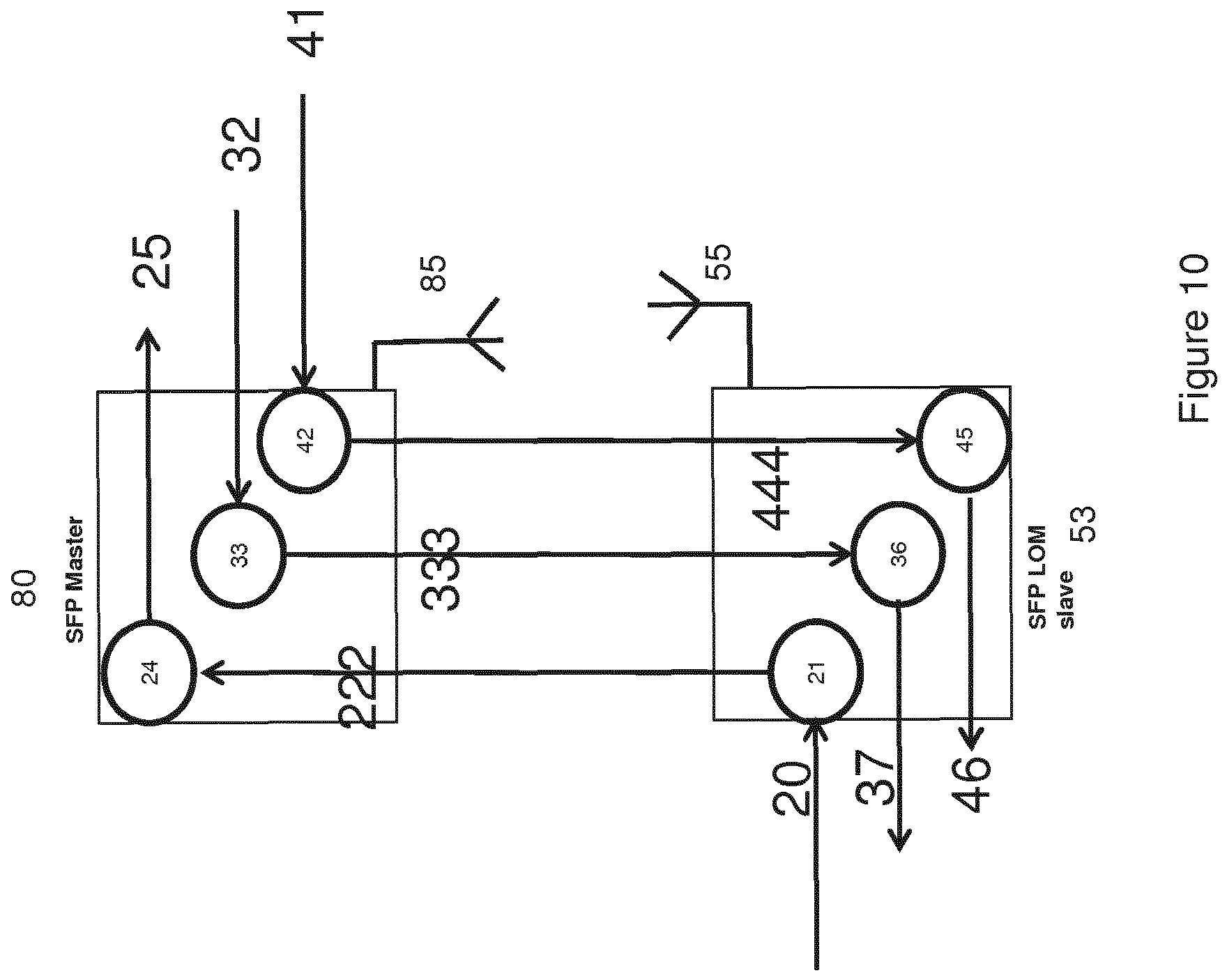 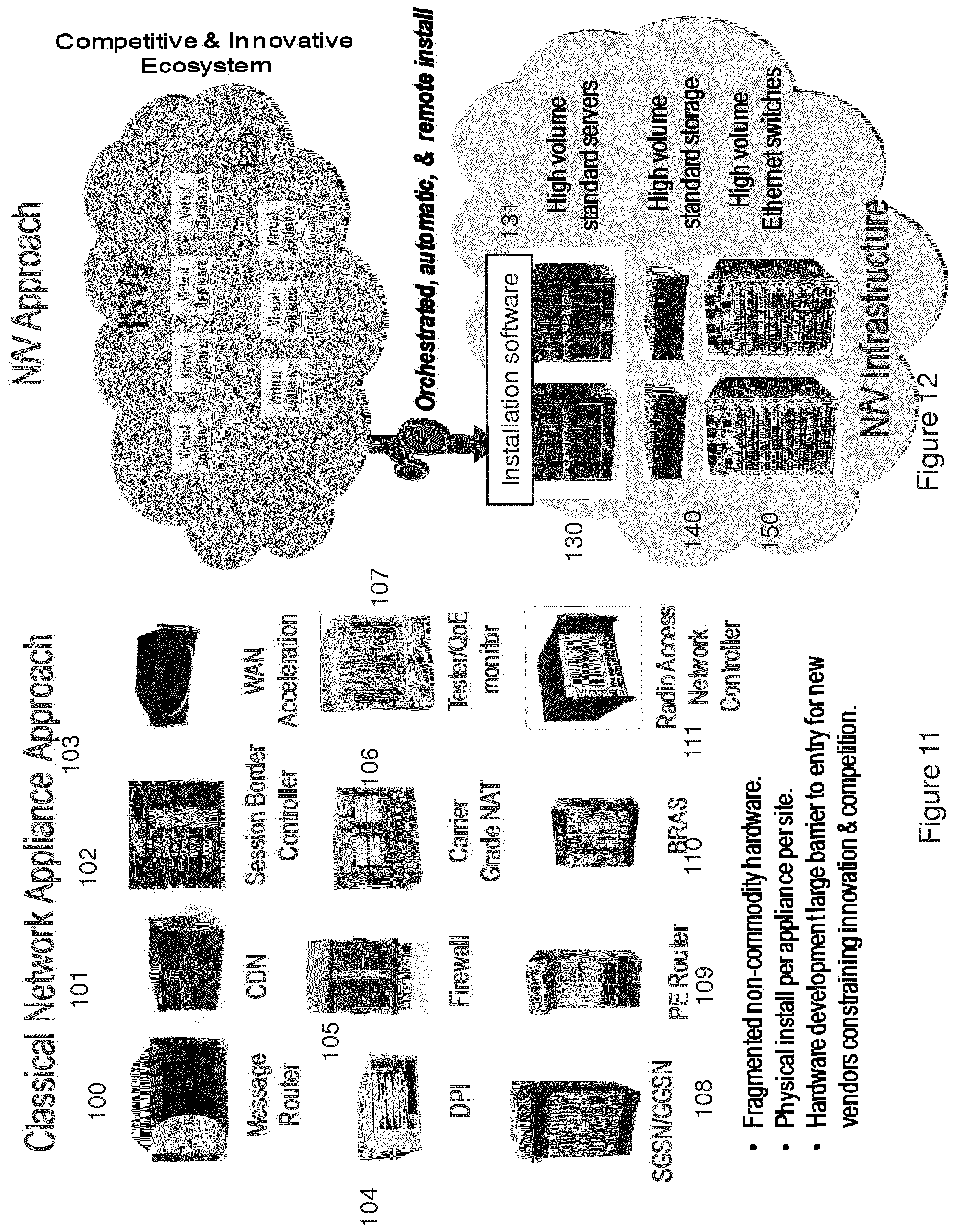