Description of Specific Embodiments of the Invention

[0027] Specific embodiments of the invention will now be described, by way of example, with reference to the accompanying drawings in which:

Figure 1 is a three-quarter view of a semi-cylindrical bearing shell, incorporating an overlay embodying the invention;

Figure 2 is a metallurgical cross section of a bearing incorporating an overlay comprising intermetallic particles in an electroplated tin matrix;

Figure 3 is a scanning electron microscope (SEM) image of a surface of the overlay of figure 2;

Figure 4 is a high contrast SEM image of a cross section of an electrodeposited overlay of tin containing Ni3Al particles, showing that the grain structure of the electrodeposited tin is not affected or disrupted by the incorporation of the particles; and

Figure 5 is a graph showing volume loss of material (wear) in tests of two different overlays, including one overlay embodying the invention.

1. A sliding component in which:

an overlay comprises intermetallic particles in a matrix comprising Sn,

characterized in that the intermetallic particles comprise an aluminide, the matrix comprising Sn is electroplated and the electroplated Sn has a columnar grain structure. 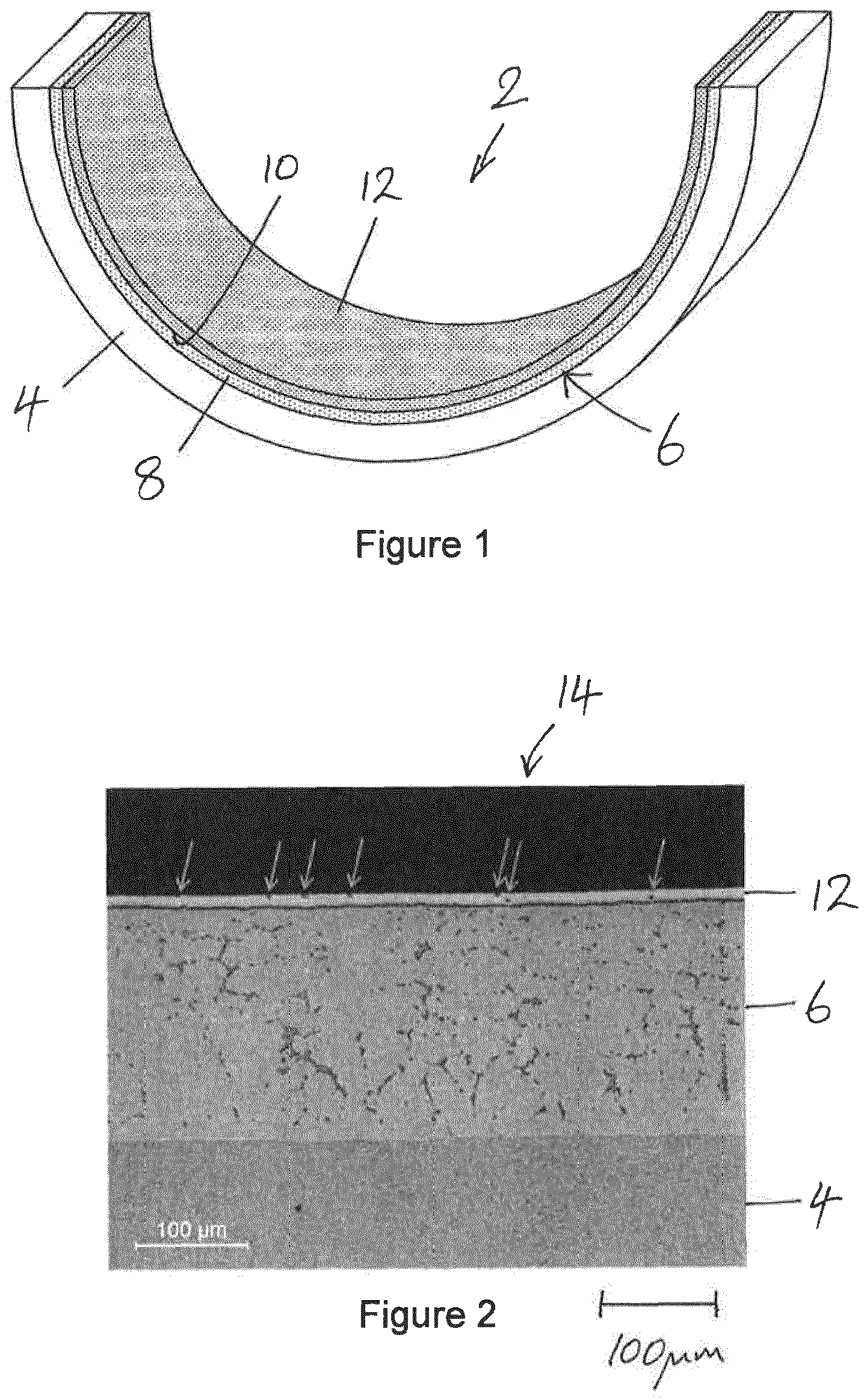 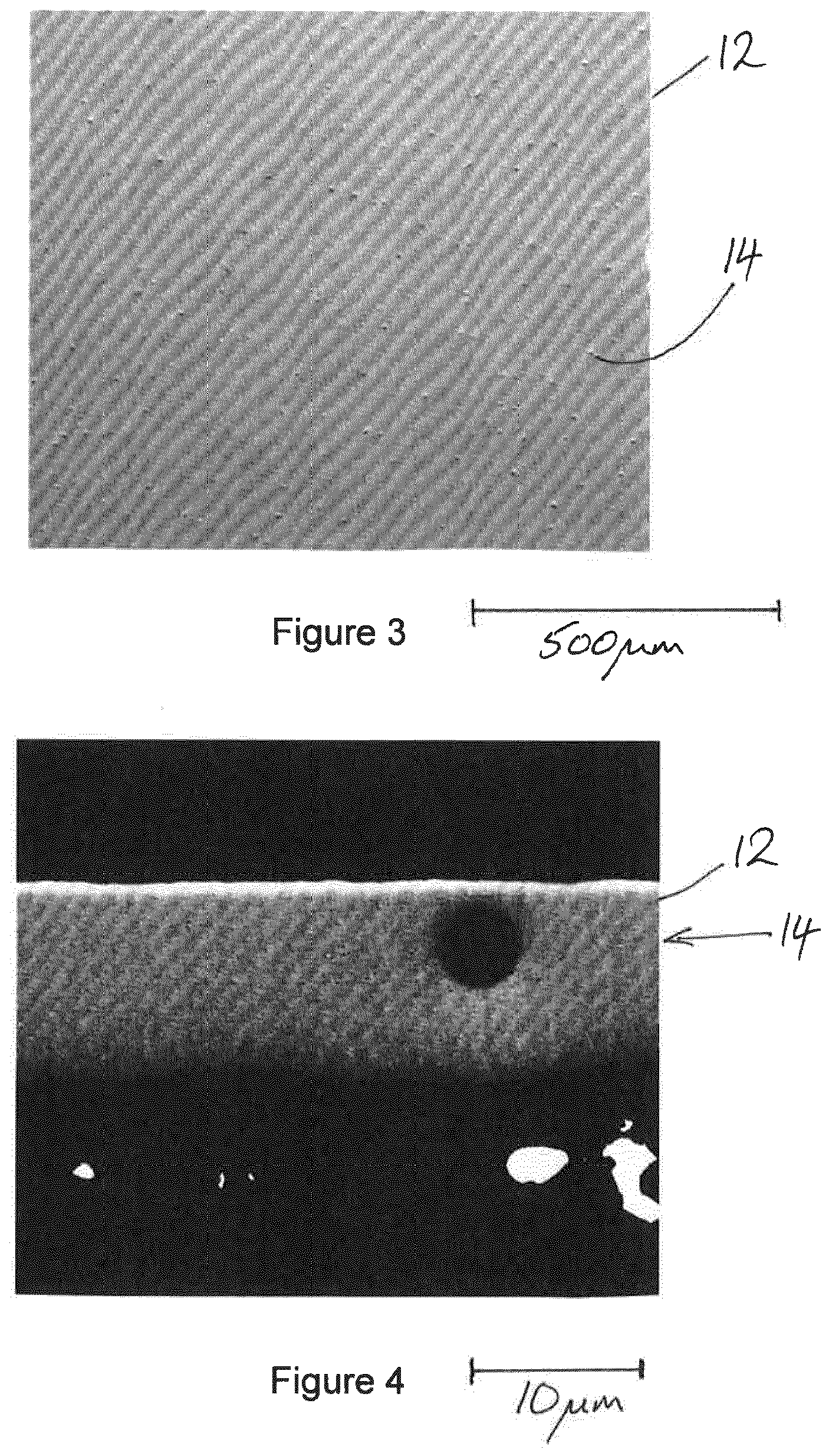 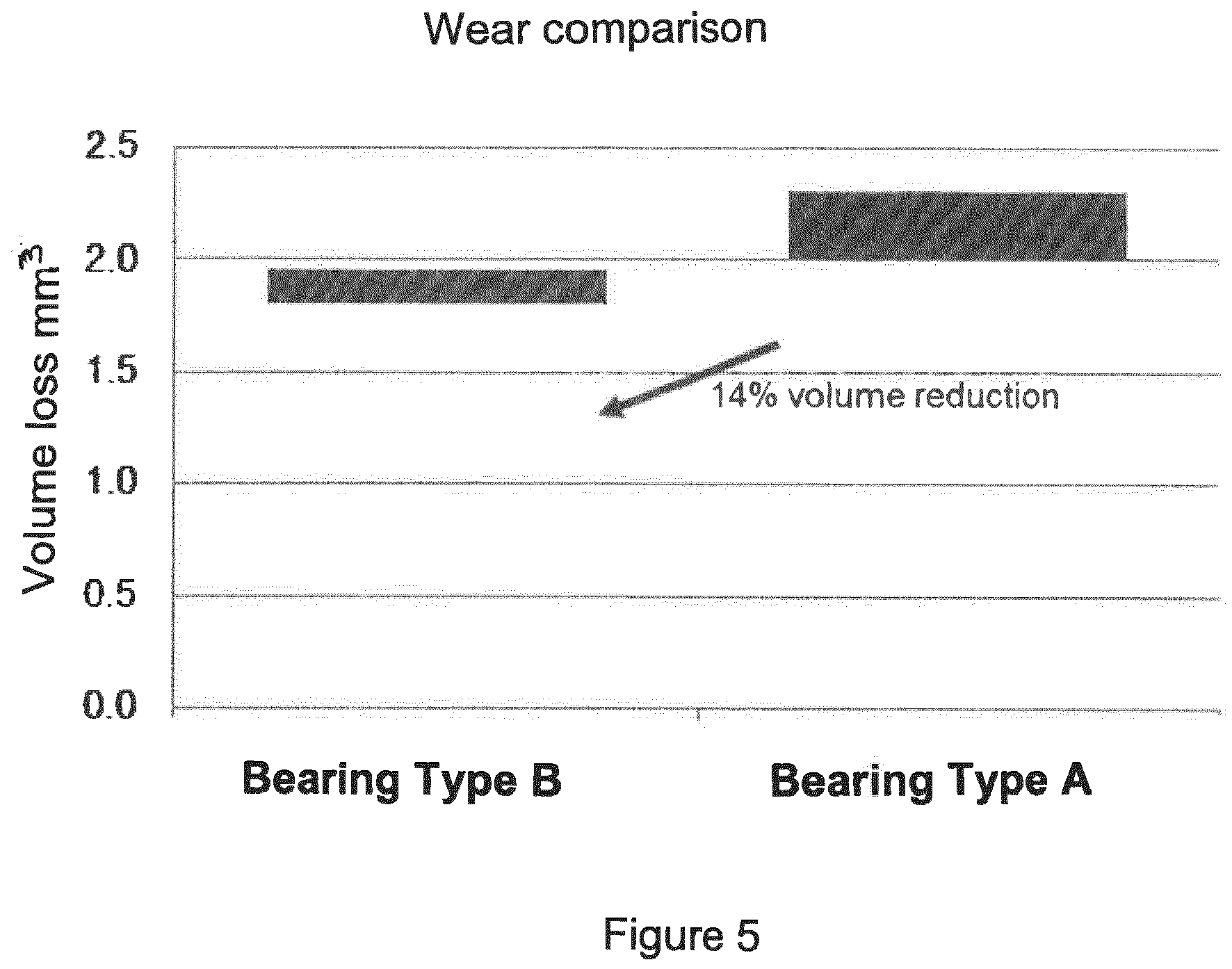