[0001] This invention relates to a light emitting diode (LED) lamp and, in particular, to an LED lamp that may be used as a headlight in an automobile, where two light levels with different emission patterns are desired.

[0002] A common type of automobile headlight uses a single, so-called H4, bulb having a 3-point connector that is inserted into a standard 3-point socket. The bulb includes two filaments. One filament is for the low beam, for normal night driving, and another filament is used for the high beam. The high beam uses both filaments. A first of the three connector points is for the ground. Applying a voltage to the second of the three connector points energizes the low beam filament, and applying a voltage to the second and third connector points energizes the high and low beam filaments.
[0003] The low beam filament may have a metal shield on one side to limit the beam angle to prevent it being directed into on-coming traffic and to generally cause the light to be directed downward. The high beam filament is unblocked to create a 360 degree emission pattern, resulting in a wider and higher angle beam.
[0004] The bulb is inserted into a reflector, which creates a well-defined beam that meets the jurisdictional/legal requirements for headlights.
[0005] Designing a suitable LED version of the H4 headlight bulb, which meets the legal requirements, is difficult since LEDs are heat sensitive devices and, unlike filaments, do not emit substantial energy in the IR. Even with state of the art white LEDs, more than half of the input power is converted to heat, and management of this heat in a traditional luminaire designed for a filament bulb, which emits most of its waste heat as infrared radiation, is challenging. Furthermore, LEDs naturally only emit light in a hemispherical pattern, since the bottom of the LED die is mounted on an opaque substrate. Therefore, challenges in designing such an LED headlight bulb include creating the required light emission pattern for both the low beam LEDs and the high beam LEDs, and removing the heat from the LED dies.
[0006] For retrofit applications, the LED headlight H4 bulb should directly replace the conventional filament headlight H4 bulbs so that the same headlight reflector can be used.
[0007] State of the art designs for LED headlamps, signaling lamps and illumination lamps as e.g. described in US20100213809A1, US20070121326A1, and US20100182788A1 all use a very similar structure in which packaged LEDs are assembled with plastic and metal parts using attachment methods such as solder, glue, screws and clips. This assembly method adds extra manufacturing steps and components that increase quality risks and increase manufacturing cost.

[0022] Elements that are the same or similar are labeled with the same numeral.

at least one lateral light blocking wall (32) for the first LED dies (14);

at least one light blocking surface (36) for each of the second and third LED dies (16); and

a front portion (40) that blocks forward light from the first LED dies (14) and the second and third LED dies (16). 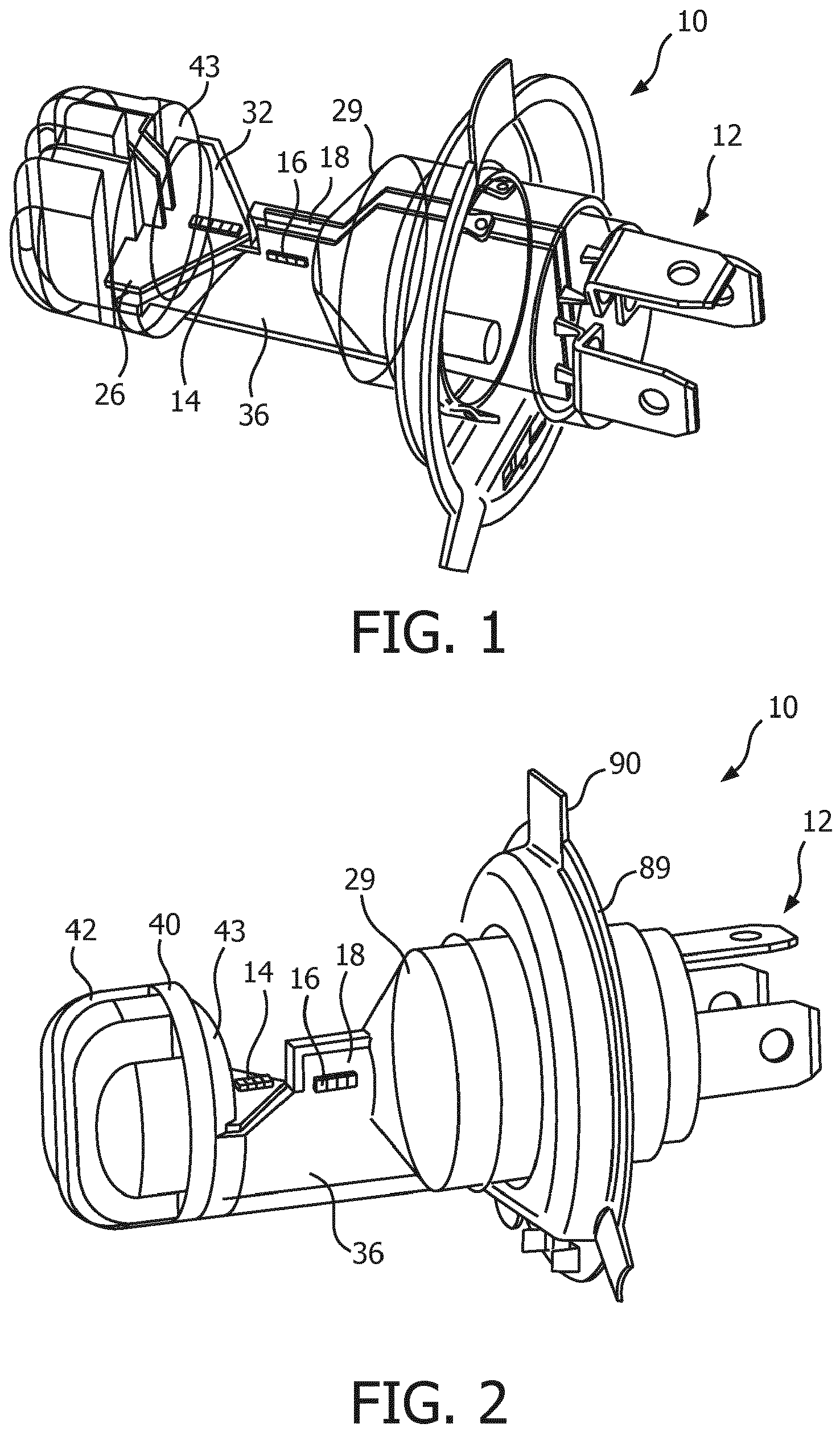 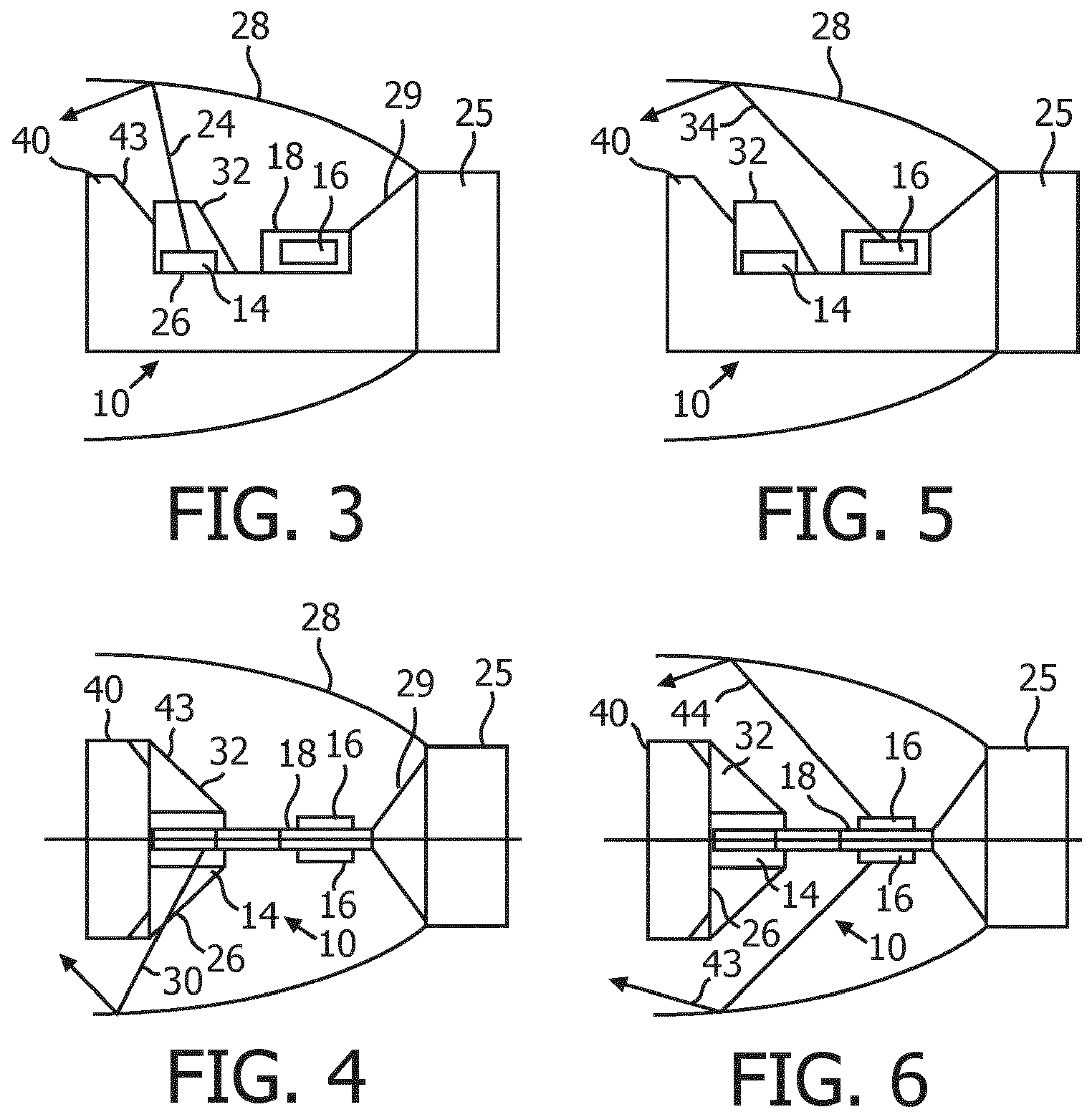 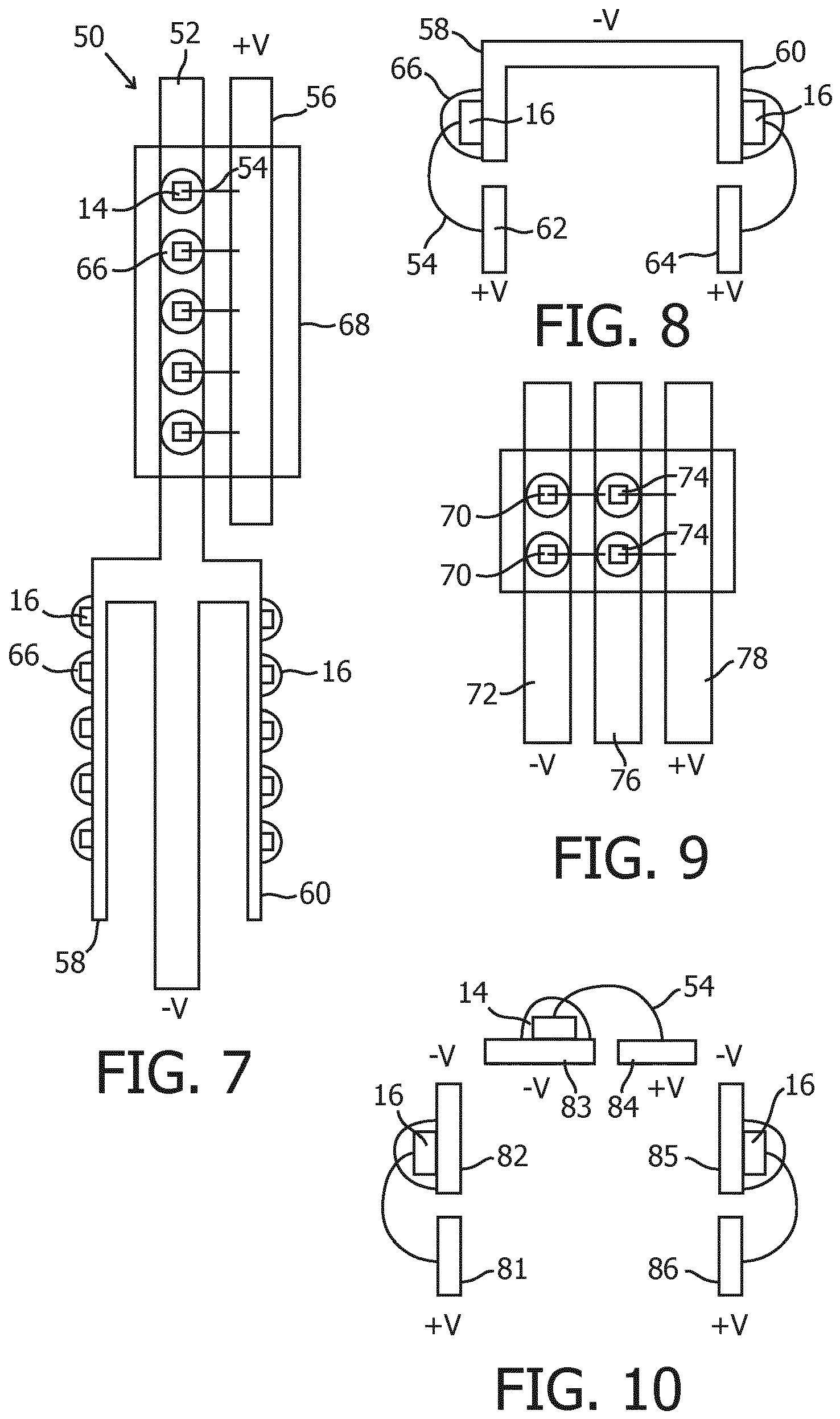 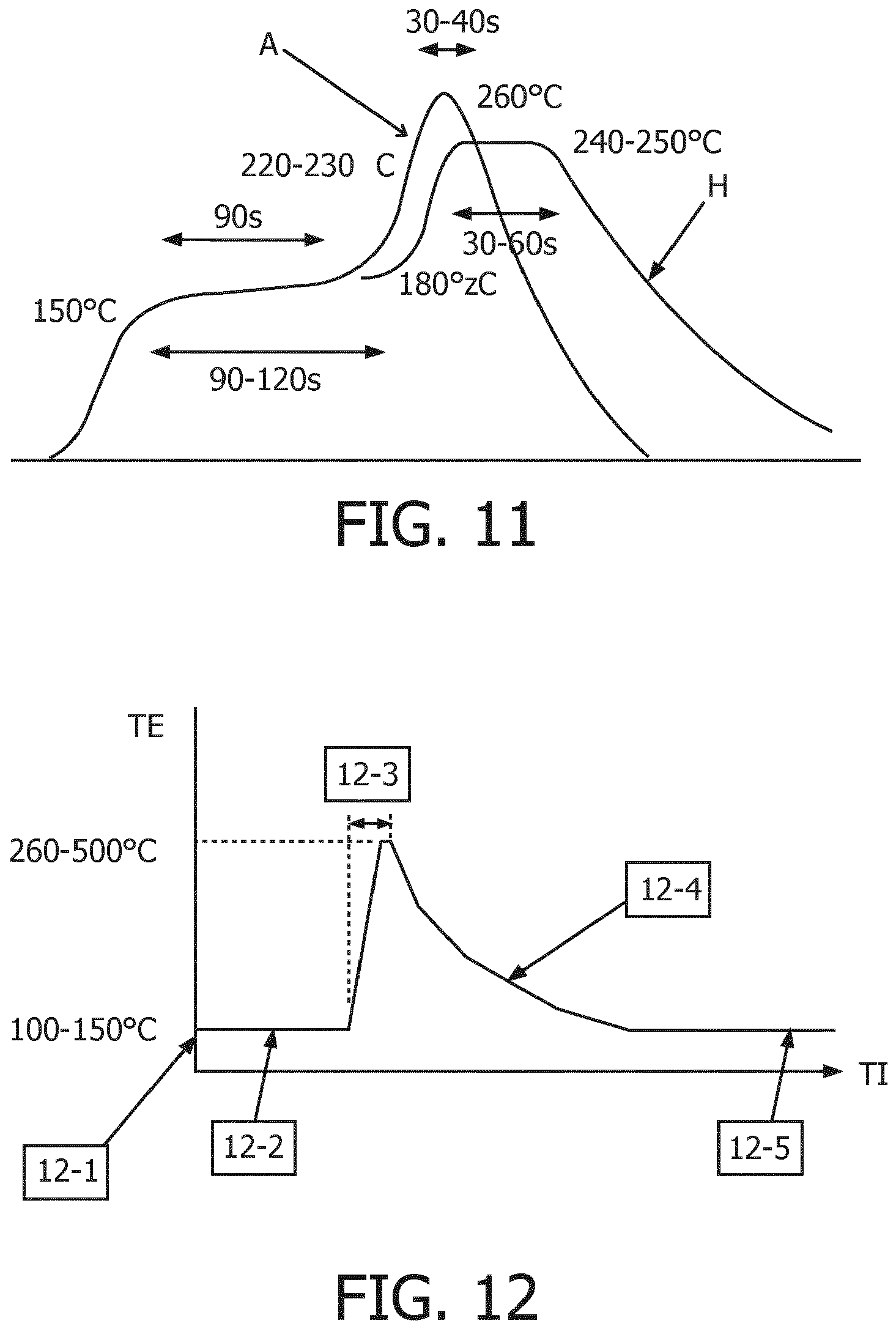 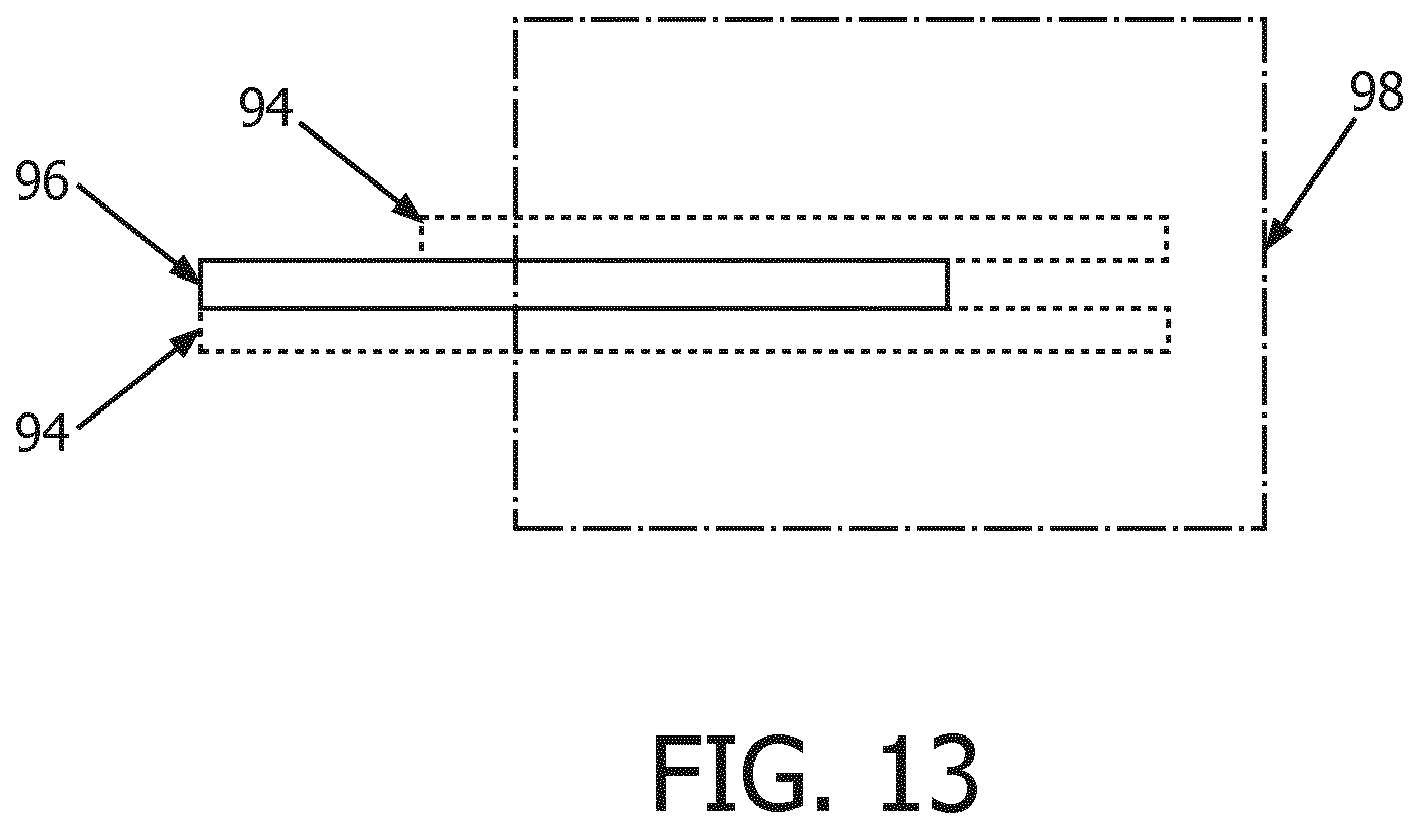 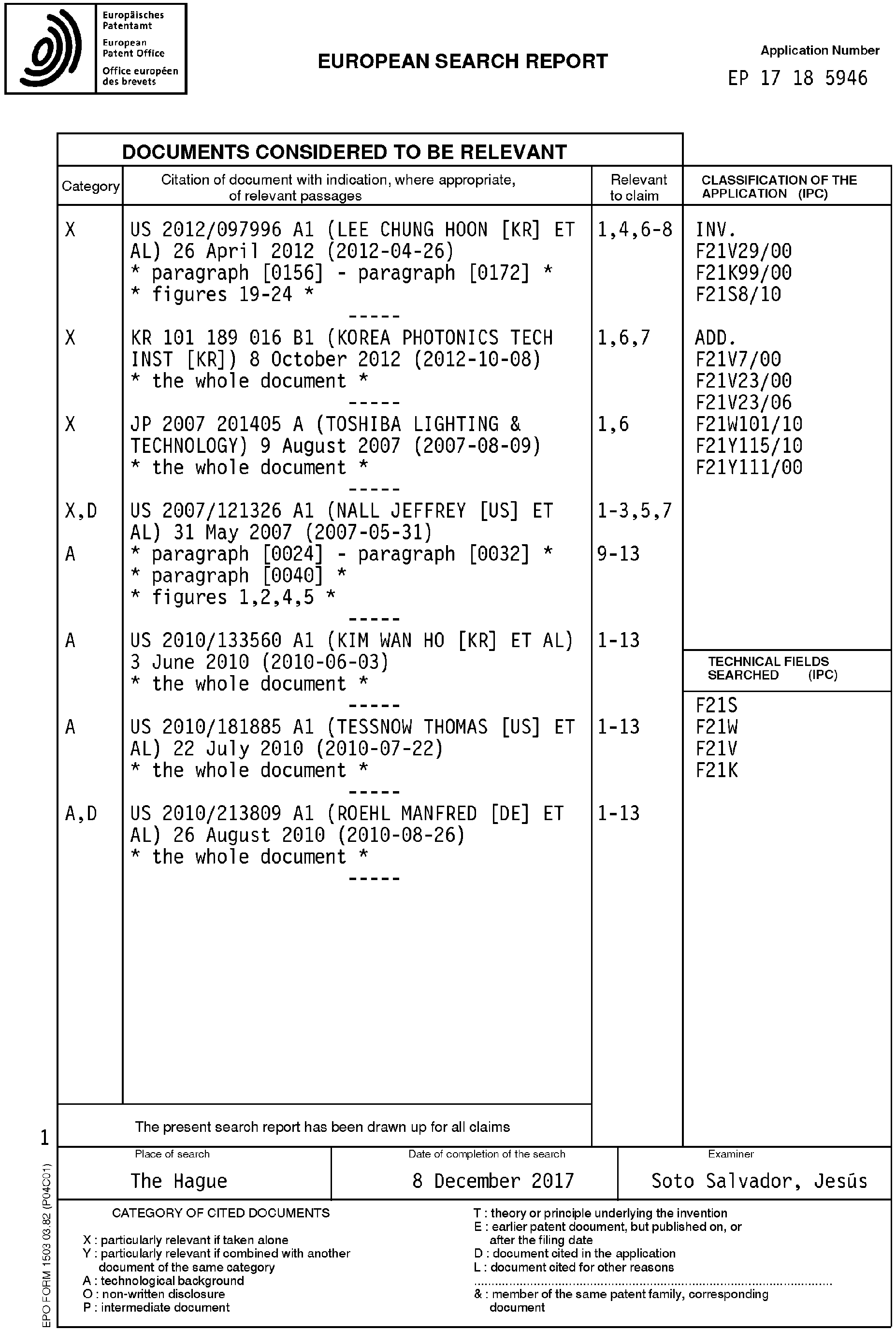 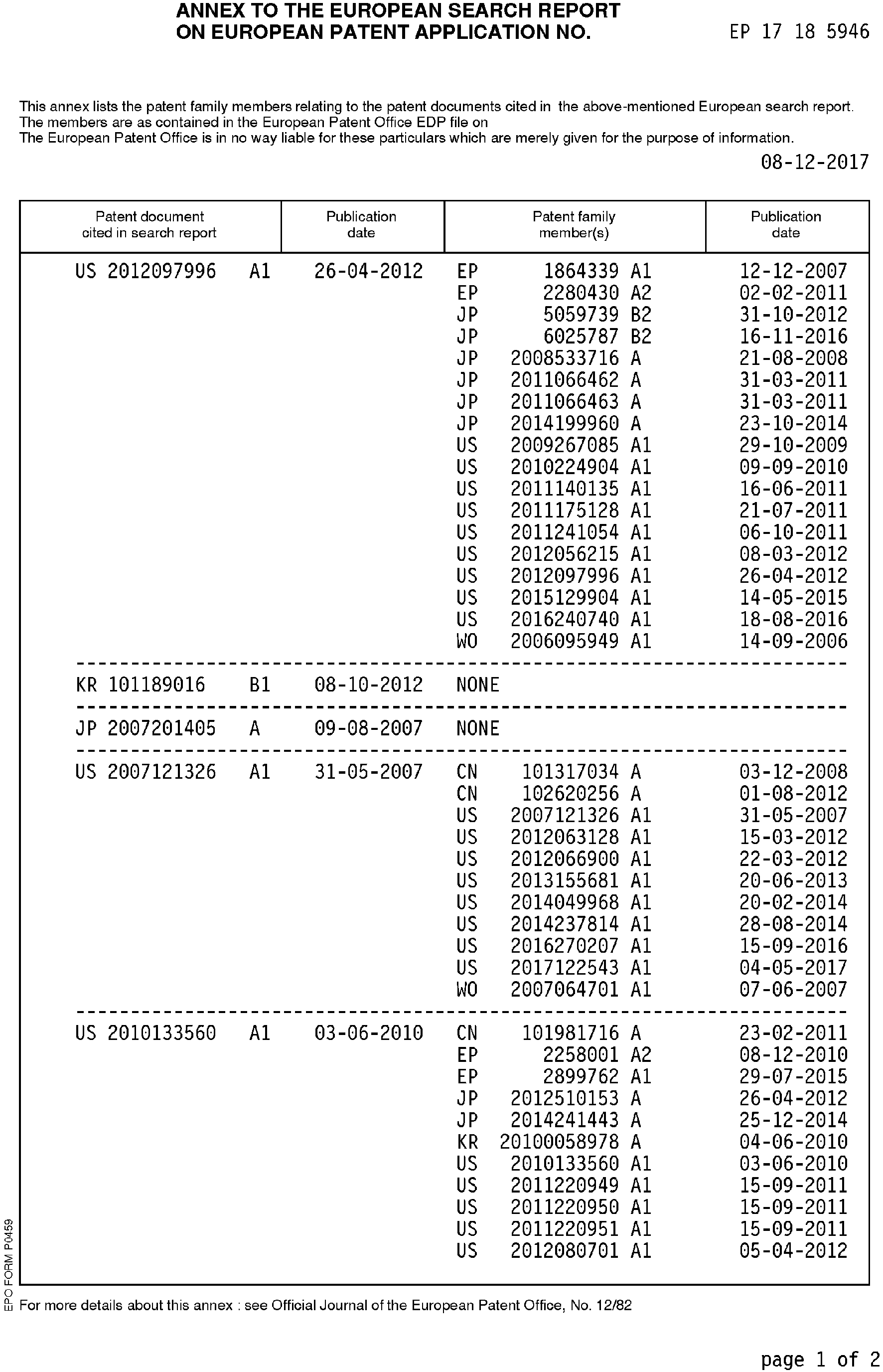 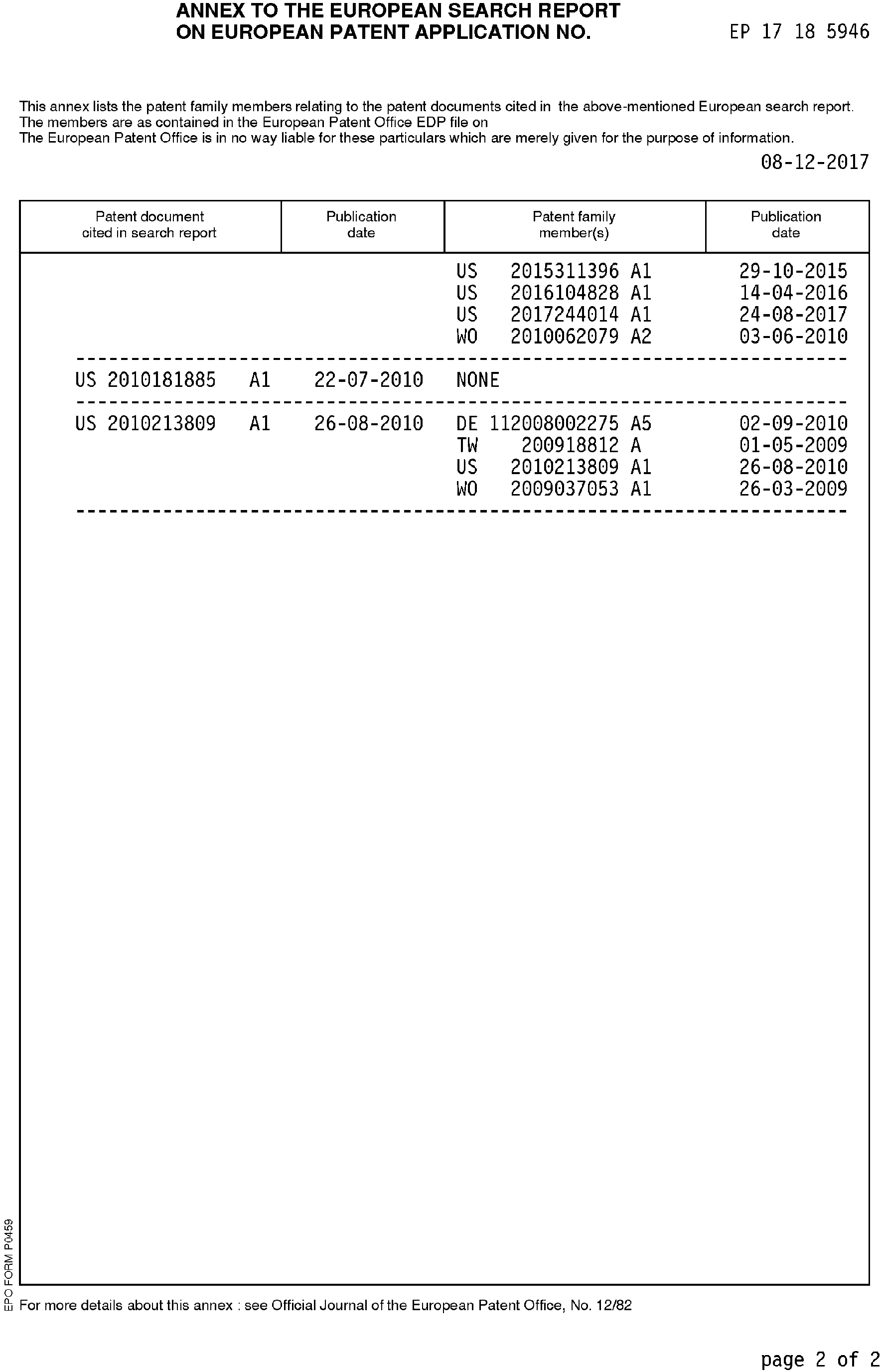