[0001] Automatic document feeders (ADF) are often included in printers, scanners, and multi-function devices for automatically loading and unloading single sheets of media, such as paper, sequentially to a functional station where the apparatus performs an operation (e.g., sequentially scanning the fed document sheets for copying, faxing, or displaying on a computer monitor). In an ADF system, detection of leading and trailing edges of the media feeding through it is used so that the system can know when to start and stop scanning. This is typically performed through at least one electronic sensor and a flag. Automatic document feeders typically utilize sensors for detecting the leading edge of a document as the document is withdrawn from an input or supply tray and fed into the scanner. From the point in time that the leading edge is detected, the amount of time to convey the leading edge to the imaging sensor is monitored so that the imaging sensor can initiate actual imaging (scanning) reader at the precise time when the leading edge of the document reaches the imaging reader. This amount of time will be more or less depending on the relative location of the sensor, or sensors, in the ADF document feed path.
[0002] US 2015/029563 A1 discloses a method of detecting whether a lid of an image scanner is closed and methods for improving the detection of a closed lid by an optical window of the scanner by also considering whether a document from an automatic document feeder has been detected.
[0003] US 7 139 108 B2 discloses a method of utilizing a single sensor to detect the opening of a lid of an automatic document feeder, ADF, and to detect the leading edge of an ADF fed document to initiate the scanning process at the precise time the document reaches the ADF scan window.
[0004] US 2004/256583 A1 discloses a method of detecting an optical object present on a feed path using an optical sensor configured to view a reference pattern through the feed path, where the absence of the reference pattern from the view of the optical sensor indicates the presence of an object on the feed path.

Figure 1 is a block diagram of an automatic document feeder system in accordance with an example.

Figure 3A is cross-sectional view of an automatic document feeder system with a reflective trigger in a standby position in accordance with an example.

Figure 3B is a cross-sectional view of the automatic document feeder system of Figure 3A with a reflective trigger in a triggered position in accordance with an example.

Figure 4 is a flow chart illustrating an example method for detecting an edge of a document to be scanned with an automatic document feeder system.

reflecting (102) a light source with a reflective surface of a reflective flag in an optical window of a document feeding device in a first state;

initiating (104) movement of a medium through the document feeding device;

contacting (106) the medium against a trigger of the reflective flag extending into a media path at a location prior to the optical window;

triggering (108) in response to movement of a medium past the trigger rotational movement of the reflective flag about a pivotal axis in a direction of the media path;

signalling a leading edge of the medium by the change of state prior to the medium passing into the optical window; and

continuing (114) movement of the medium through the document feeding device. 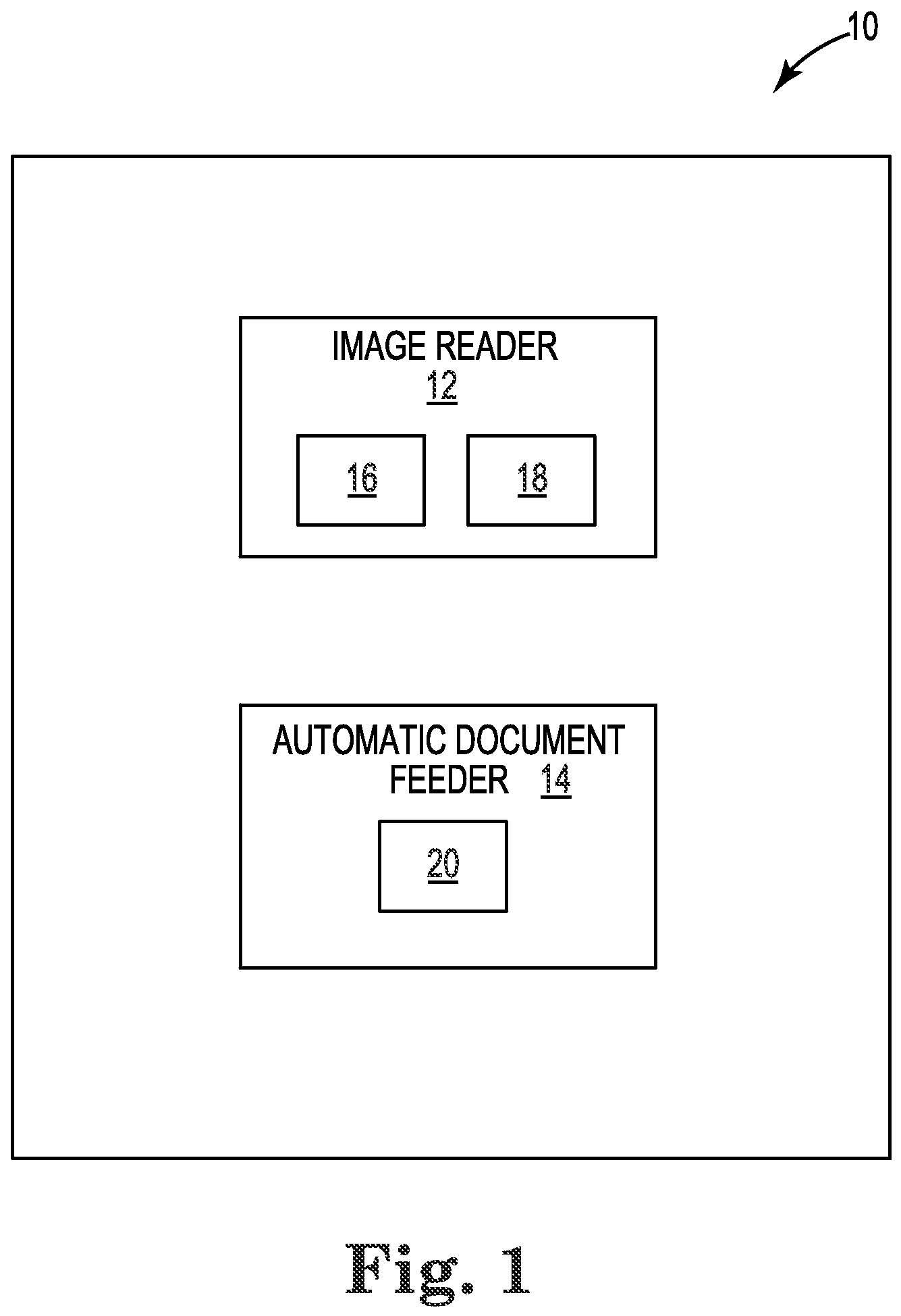 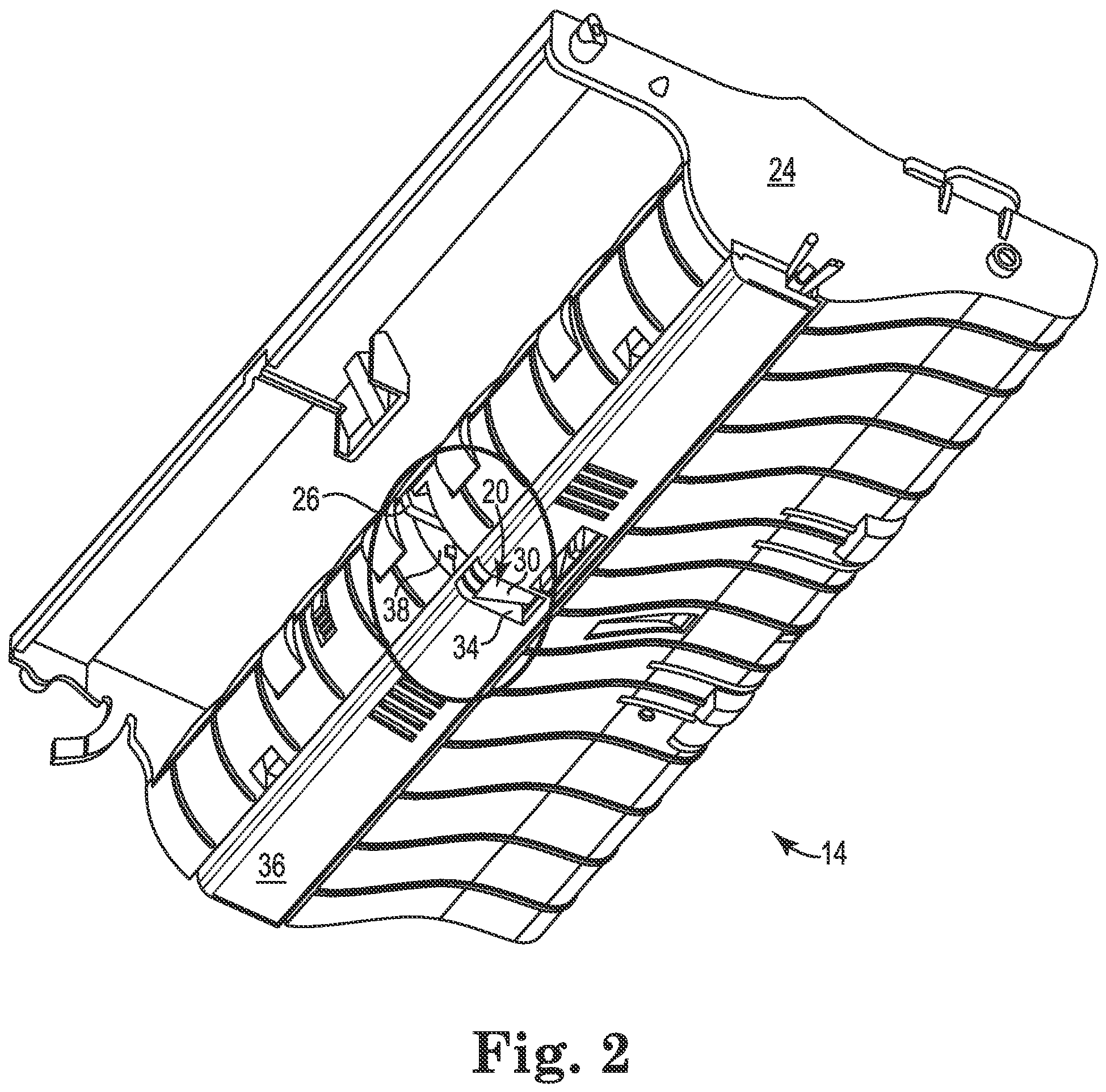 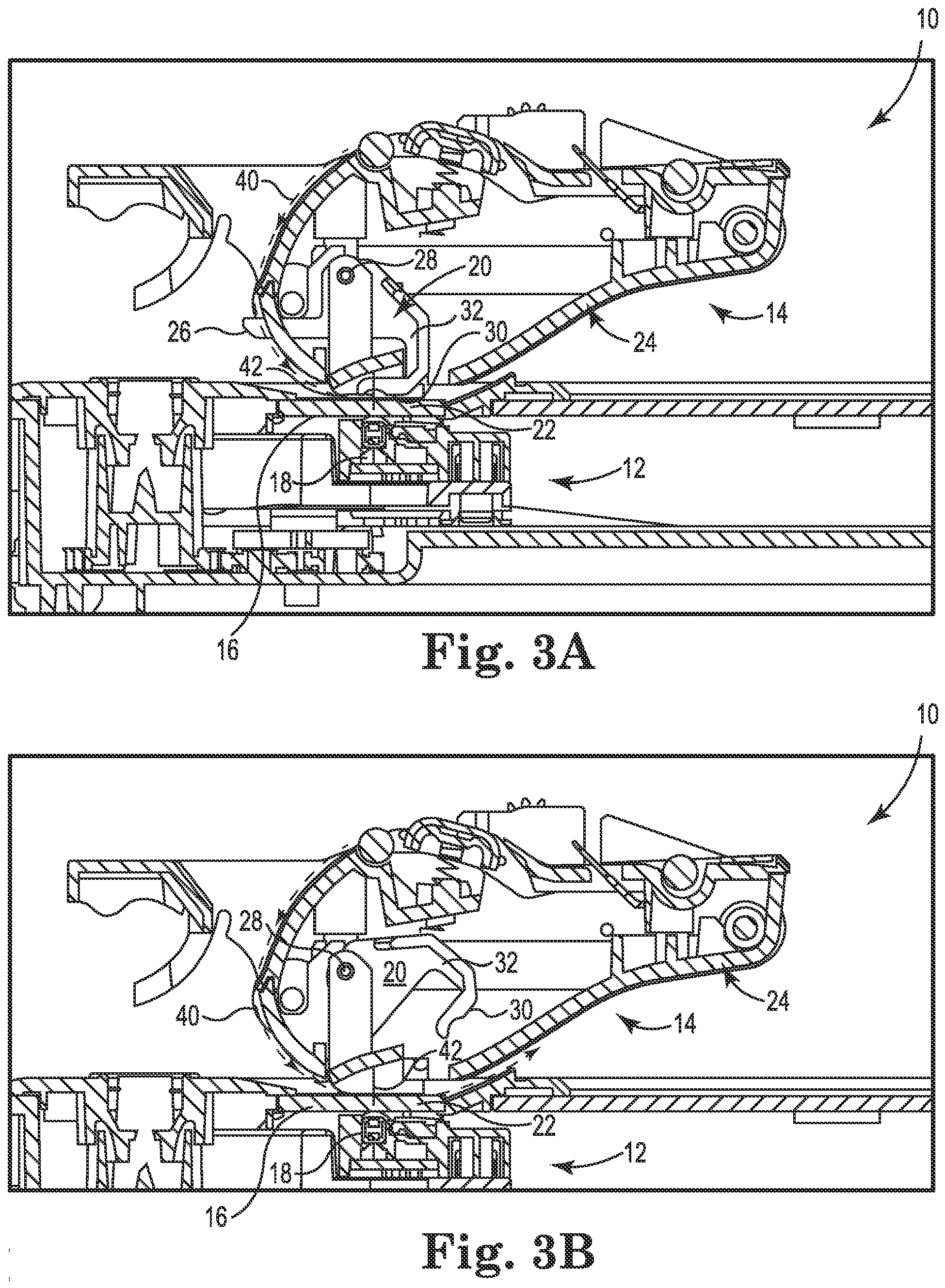 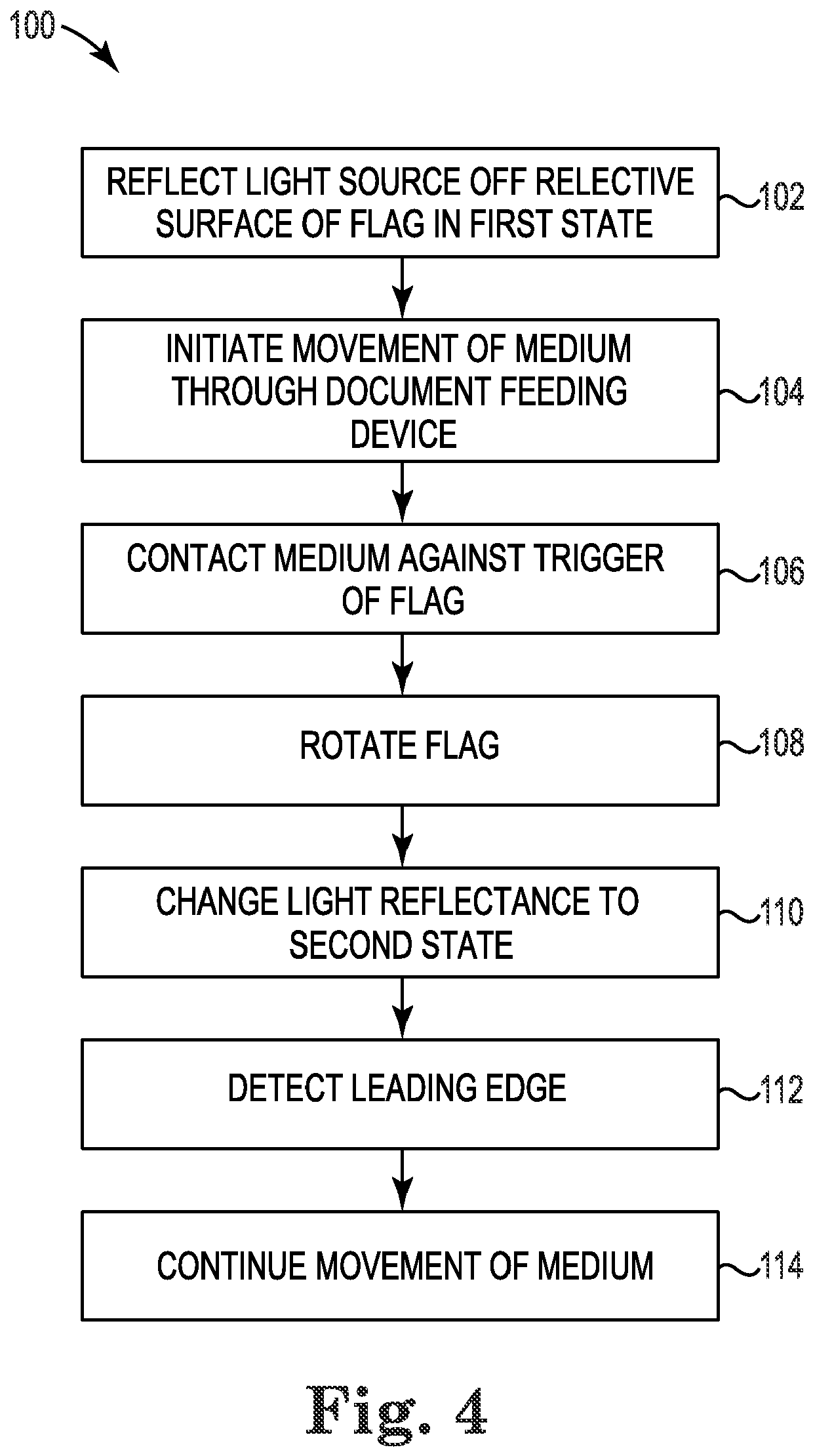