A) Preparation of MNU in THF

B) Preparation of E-Δ-Farnesene using MNU in THF

[0125] The gene encoding Alicyclobacillus acidocaldarius squalene hopene cyclase (AacSHC) (GenBank M73834, Swissprot P33247) was inserted into plasmid pET-28a(+), where it is under the control of an IPTG inducible T7-promotor for protein production in Escherichia coli. The plasmid was transformed into E. coli strain BL21(DE3) using a standard heat-shock transformation protocol.

[0126] For protein production were used either rich medium (LB medium) or minimal media. M9 is one example of minimal media, which were successfully used.

[0128] Small scale biocatalyst production (wild-type SHC or SHC variants), 350 ml culture (medium supplemented with 50 µg/ml kanamycin) were inoculated from a pre-culture of the E. coli strain BL21(DE3) containing the SHC production plasmid. Cells were grown to an optical density of approximately 0.5 (OD650nm) at 37 °C with constant agitation (250 rpm).
[0129] Protein production was then induced by the addition of IPTG to a concentration of 300 µM followed by incubation for a further 5-6 hours with constant shaking. The resulting biomass was finally collected by centrifugation, washed with 50 mM Tris-HCI buffer pH 7.5. The cells were stored as pellets at 4 °C or -20 °C until further use. In general 2.5 to 4 grams of cells (wet weight) were obtained from 1 litre of culture, independently of the medium used.
[0130] The fermentation was prepared and run in 750 ml InforsHT reactors. To the fermentation vessel was added 168 ml deionized water. The reaction vessel was equipped with all required probes (pO2, pH, sampling, antifoam), C + N feed and sodium hydroxide bottles and autoclaved. After autoclaving, the following ingredients are added to the reactor:-

[0136] The following Table 1 shows for two examples the culture volume, optical density and amount of cells both at induction start and induction end as well as the amount of biomass collected (wet weight).
Table 1 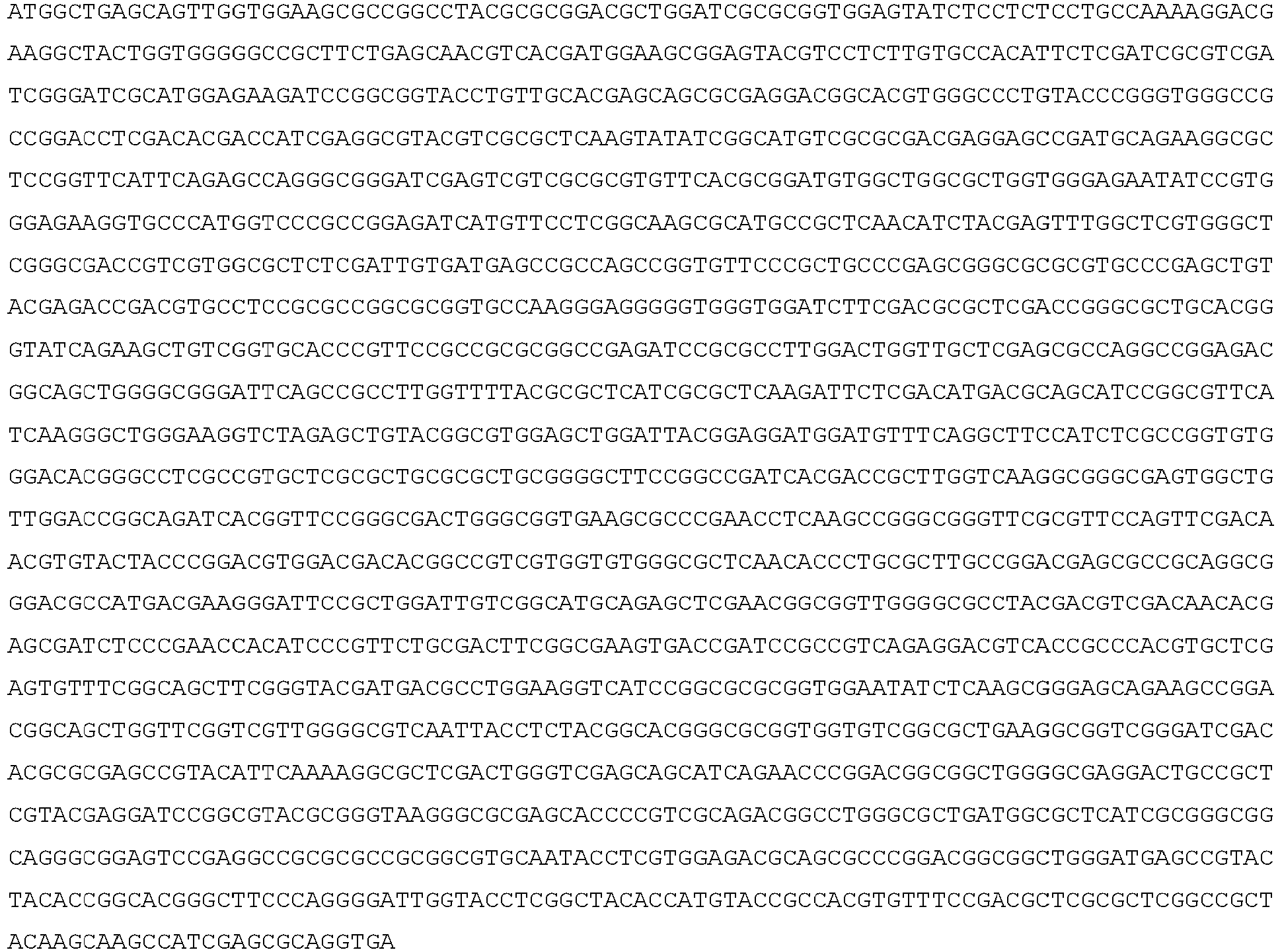 [0137] Bioconversion was undertaken using the following reaction conditions:
The reaction (150.1 g total volume) run in 0.1 M citric acid/sodium citrate buffer pH 5.4 in an InforsHT 750 ml fermenter contained 146g/l total homofarnesol using a homofarnesol substrate, which was a mixture of 7E,3E:7E,3Z of 86:14, 250g/l cells (formed in accordance with the method of Example 2, fermentation) and 1.55% SDS. The reaction was run at 35 °C with constant stirring (900 rpm), pH control was done using 10 to 40% citric acid in water.
[0138] The reaction mixture was subjected to isolation and purification steps as set forth in Example 4, below.

[0139] A reaction mixture formed from the bioconversion of 7E, 3E/Z-homofarnesol (86:14 3E:3Z) was subjected to steam distillation. The distillate was collected as a biphasic mixture. The organic phase was retained and the aqueous phase discarded. The composition of the organic phase was analysed by GC and the results shown in the Table 2 below (see "crude").
[0140] The organic phase was then concentrated to dryness. Ethanol was then added to the crude, dried product and the mixture warmed until the product was dissolved. At room temperature water is slowly added and (-)-Ambrox crystallizes under occasional stirring and cooling in an ice bath.
[0141] Table 1 shows the GC analytics results for the crystallized product. The data show a strong enrichment of (-)-Ambrox, with practically no by-products (a), (b) or (c) being found in the crystallized sample.
[0142] It should be noted that in Table 2, "a", "b" and "c" refer to compound (II), compound (IV) and compound (III) respectively. "EZH" and "EEH" refer to 7E,3Z-homofarnesol and 7E,3E-homofarnesol respectively.
Table 1

Extraction of the solid phase of the reaction broth:

[0143] Given that (-)-Ambrox is not soluble in water and is not liquid at temperatures below approx. 75 °C, these properties were taken as possible advantages to extract the product from the solid phase of the biotransformation using either water-miscible solvents (e.g. ethanol) and water-immiscible solvents (e.g. toluene).
[0144] 200 ml reaction broth was centrifuged to separate the solid from the liquid (aqueous) phase (Sorvall GS3, 5000 rpm, 10 min, 10 °C). This separated approx. 80 ml solid pellet from approx. 120 ml liquid phase. Analysis (Gas chromatography) of the aqueous phase after MTBE extraction showed that it contained not more than approx. 0.3% of the (-)-Ambrox initially present in the 200 ml reaction broth. Toluene and ethanol 99% were used for extracting (-)-Ambrox from the solid phase.

[0146] 80 ml solid phase was extracted (Infors Multifors HT, 35 °C, 1000 rpm, 30 min) with approx. 160 ml (2 vol.) ethanol 99%, followed by centrifugation. (-)-Ambrox did not crystallize during the extraction procedure. After 4 washes (total 640 ml ethanol, i.e. 3.2x the initial whole reaction broth volume or 8x the volume of the solid phase), about 99% of (-)-Ambrox initially present in the reaction broth was recovered. Sufficient ethanol is required in the first extraction step to prevent (-)-Ambrox crystallization (solubility in ethanol). When only 1 or vol of the solid phase was used in the first extraction step, a sticky paste was obtained, which was difficult to handle and (-)-Ambrox crystallized as needles on the pellet during centrifugation. Temperature appeared as not being the factor responsible for this crystallization (extraction and centrifugation tested at room temperature and approx. 35 °C-40 °C).
[0147] The (-)-Ambrox concentration in the ethanol phase as well as the ethanol/water ratio of the liquid phase (residual moisture of the solid phase) appeared to be responsible for crystal formation. It was however noted that it was possible to reduce the volume of ethanol to 1 vol of the solid phase.
[0148] As (-)-Ambrox is not in the liquid phase at room temperature, it separates with the biomass and can be extracted with an organic solvent (e.g. a water-miscible solvent (e.g. ethanol) or a water-immiscible solvent (e.g. toluene). The centrifugation step that separates the (-)-Ambrox into the solid phase of the reaction mixture is advantageous because it reduces the amount of solvent required to extract (-)-Ambrox.

[0155] The sensory analysis of the 3 by-products (compounds II, III and IV) indicates a weaker odour than that from (-)-Ambrox. In fact, the epi-ambrox (Compound III) odor is about 10 fold weaker than (-)-Ambrox suggesting that it is essentially odorless.

Resulting purity of the crude (steam extracted) and crystallized (-)-Ambrox

[0156] The biotransformation of EE:EZ-homofarnesol 86:14 provided a reaction mixture that was steam extracted. The steam distillate was collected as a biphasic mixture. The organic phase was retained and the aqueous phase discarded. The composition of the organic phase was analysed by GC and the results shown in the Table below (see "crude"). The organic phase was then concentrated to dryness. Ethanol was then added to the crude, dried product and the mixture warmed until the product was dissolved. At room temperature water is slowly added and (-)-Ambrox crystallizes under occasional stirring and cooling in an ice bath.
[0157] The tabulated data also shows the GC analytics results for products obtained after the steam extraction/distillation step ("crude") and the crystallized product ((-)-Ambrox). The references in the Table to "EZH" and "EEH" refer to (3Z,7E)-homofarnesol and 7E,3E-homofarnesol respectively.
[0158] The tabulated data below indicates that the particular starting material (EEH:EZH 86:14) produces the desired end product (-)-Ambrox and a very specific mixture of by-products (II, IV and III) using the WT SHC enzyme or a SHC derivative. The data for the selective crystallization show a strong enrichment of (-)-Ambrox, with practically no by-products (II), (IV) or (III) being found in the crystallized sample. Accordingly, this EE:EZ mixture provides an olfactively pure (-)-Ambrox product, which is selectively crystallised in a relatively straightforward and cost-effective matter.
Table : shows the GC analytics results for the crystallized product.

[0159] Steam extraction/filtration are environmentally friendly methods for isolating (-)-Ambrox because it offers a convenient solvent-free isolation of (-)-Ambrox with an associated inactivation of the biocatalyst.
[0160] The (-)-Ambrox produced using the bioconversion reaction may be extracted using solvent from the whole reaction mixture (e.g. using a water-immiscible solvent or by steam extraction/distillation or by filtration) or from the solid phase (e.g. using a water miscible solvent) using methods which are known to those skilled in the art. 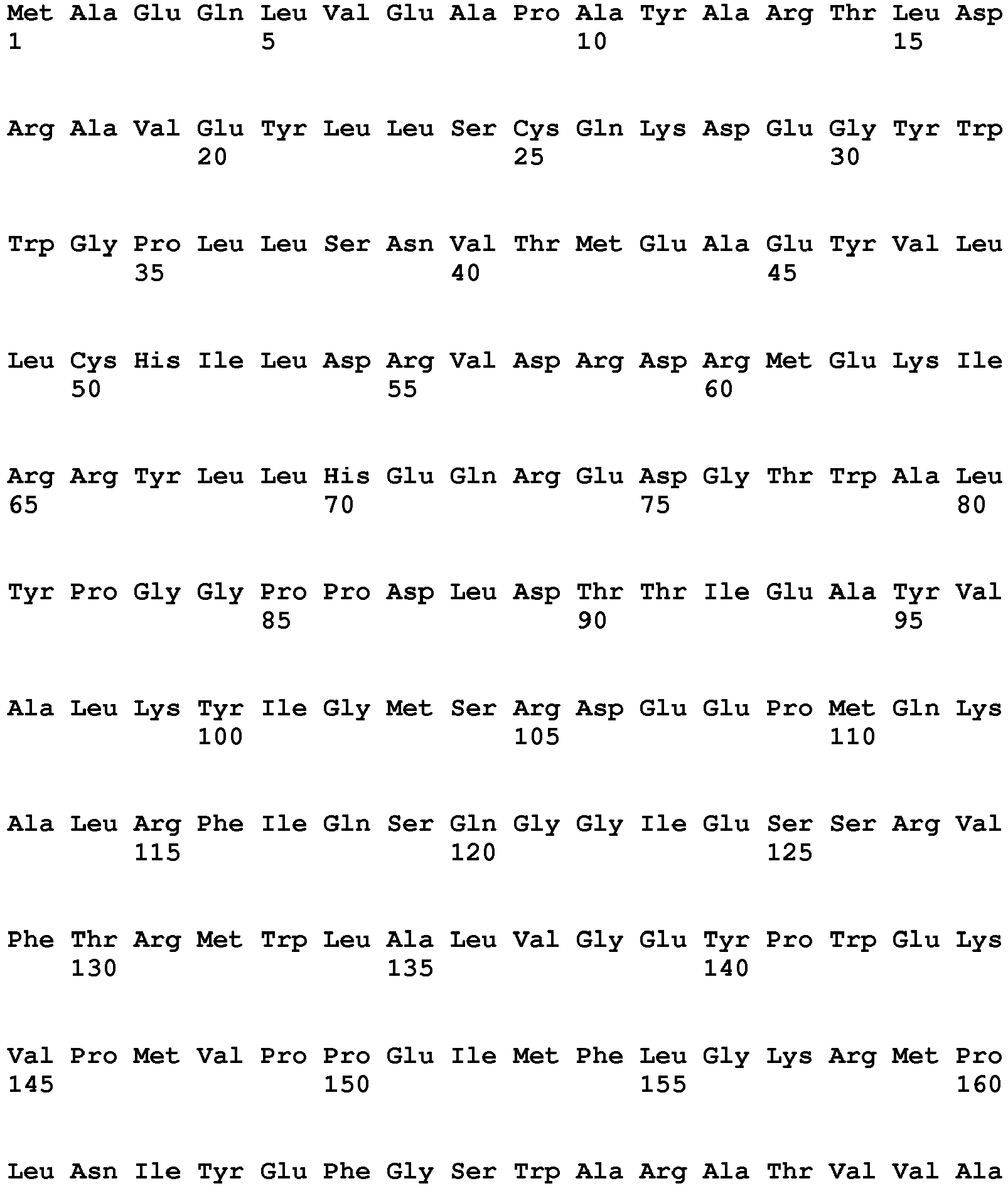 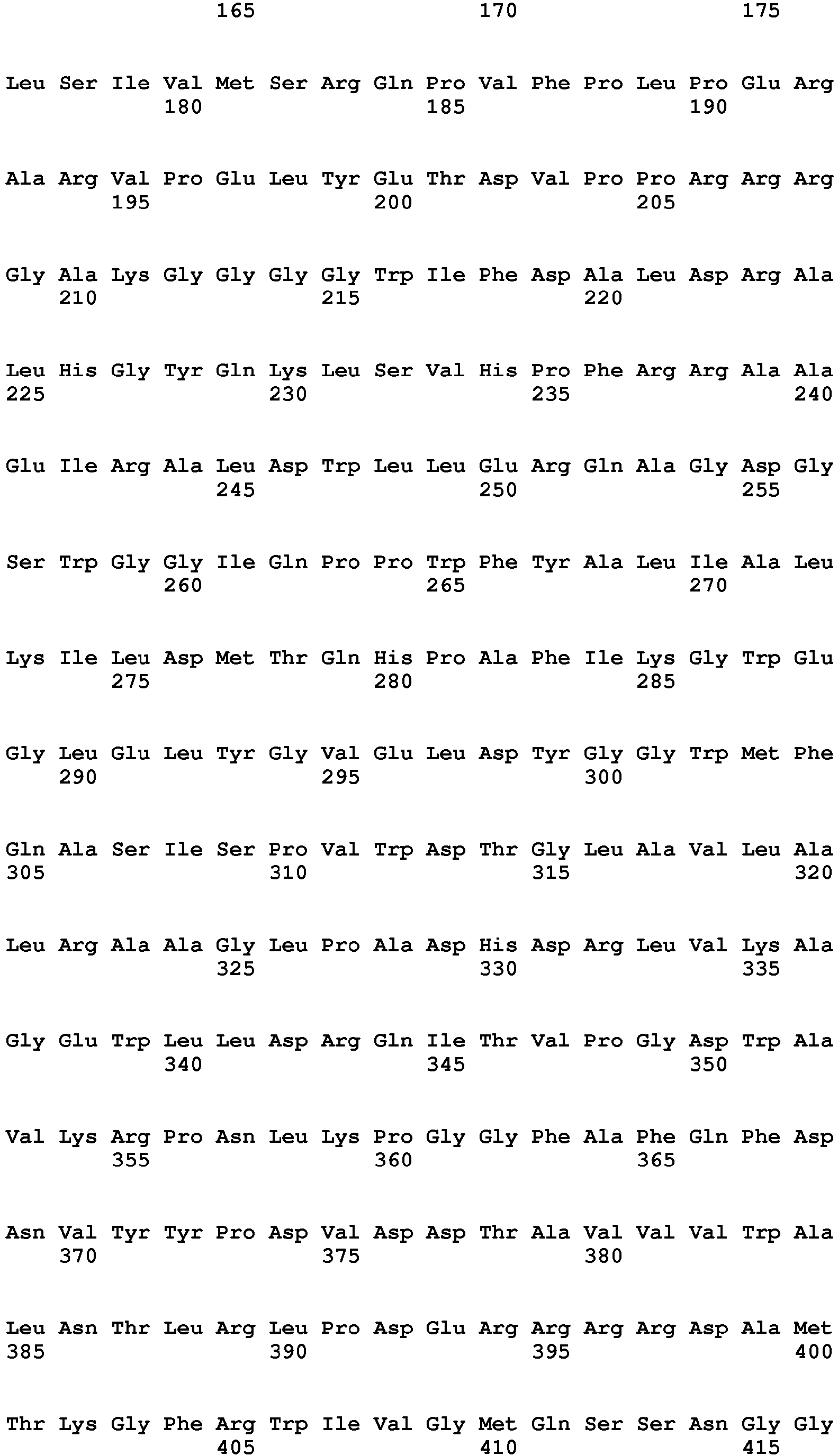 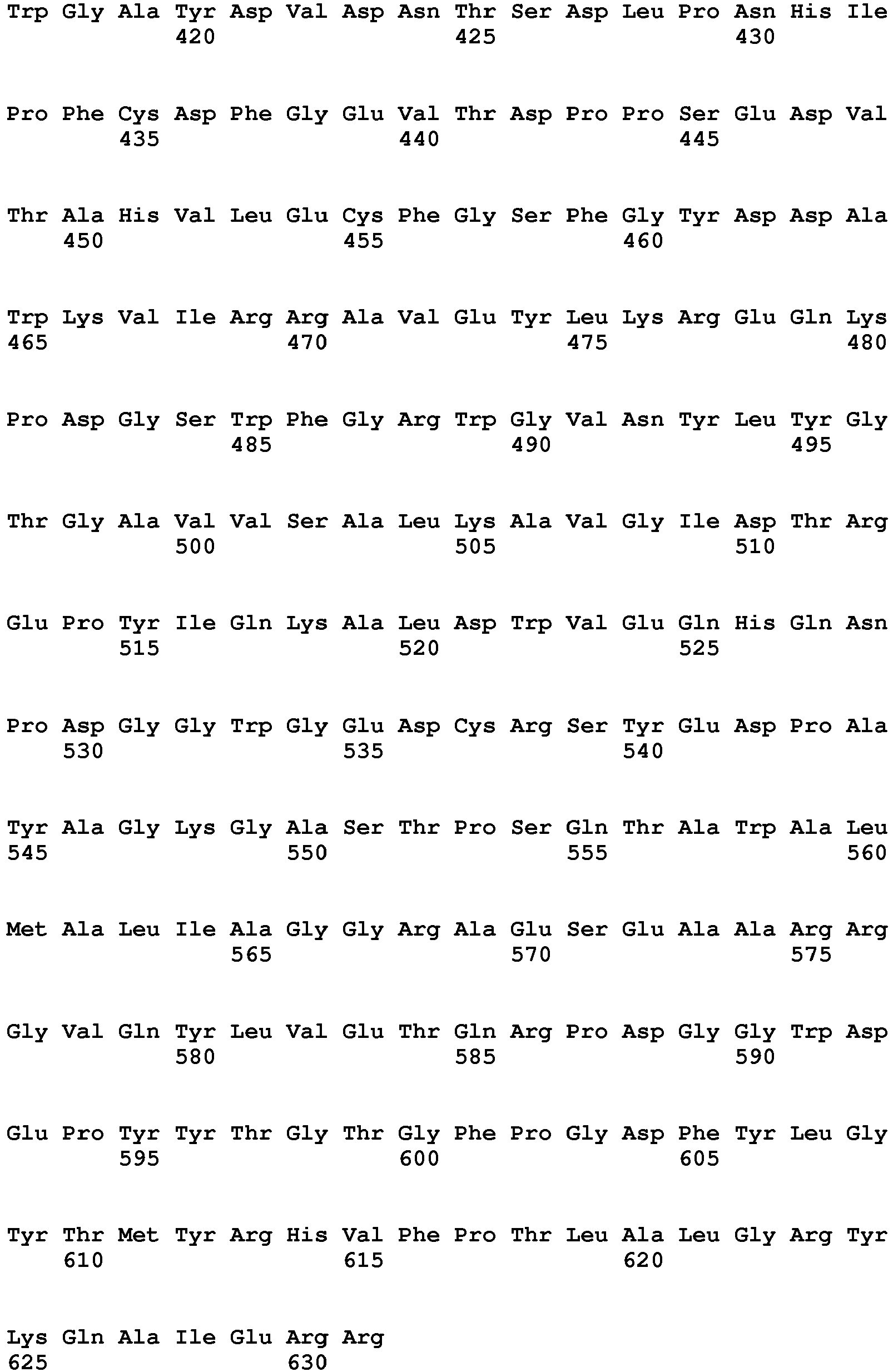 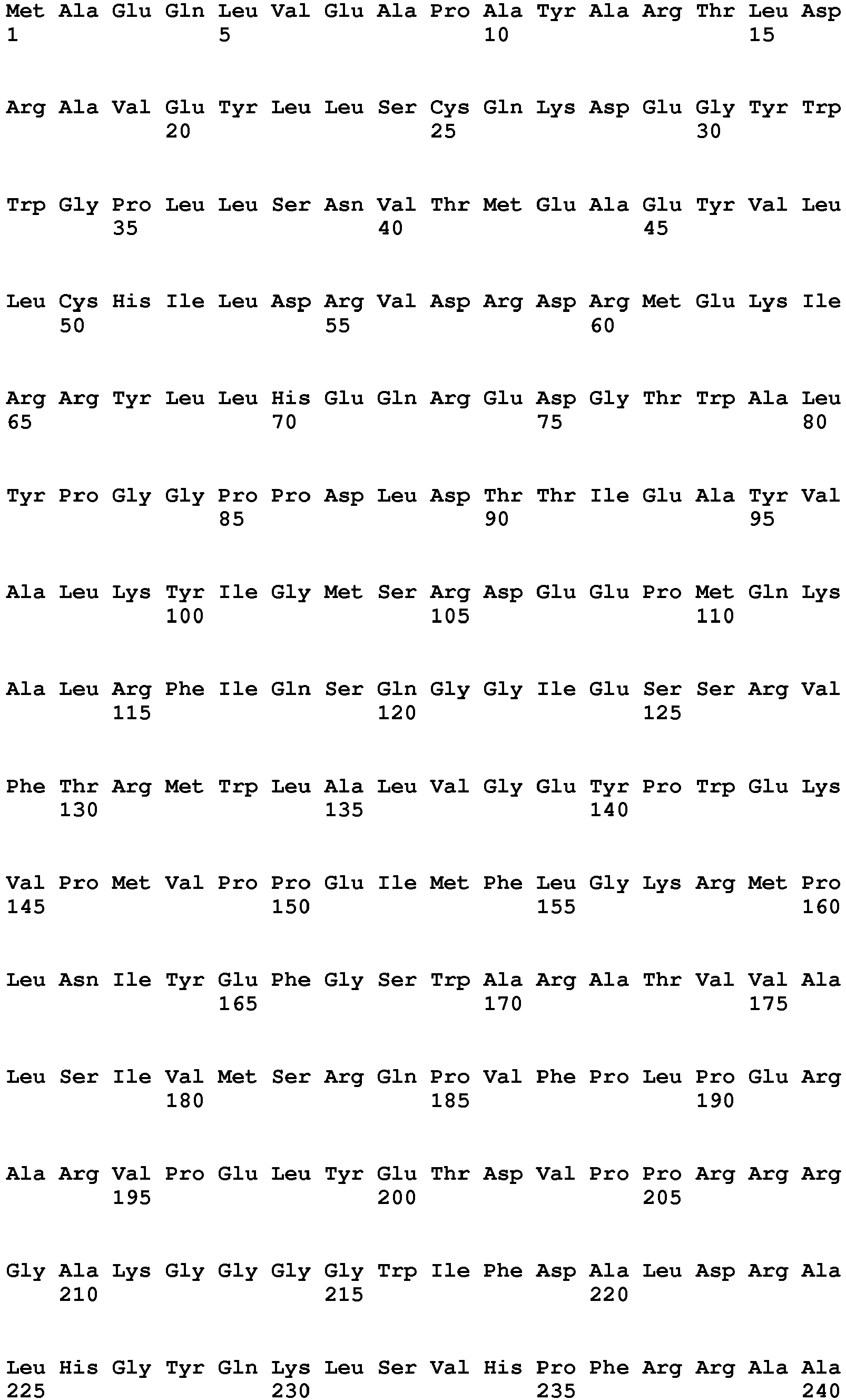 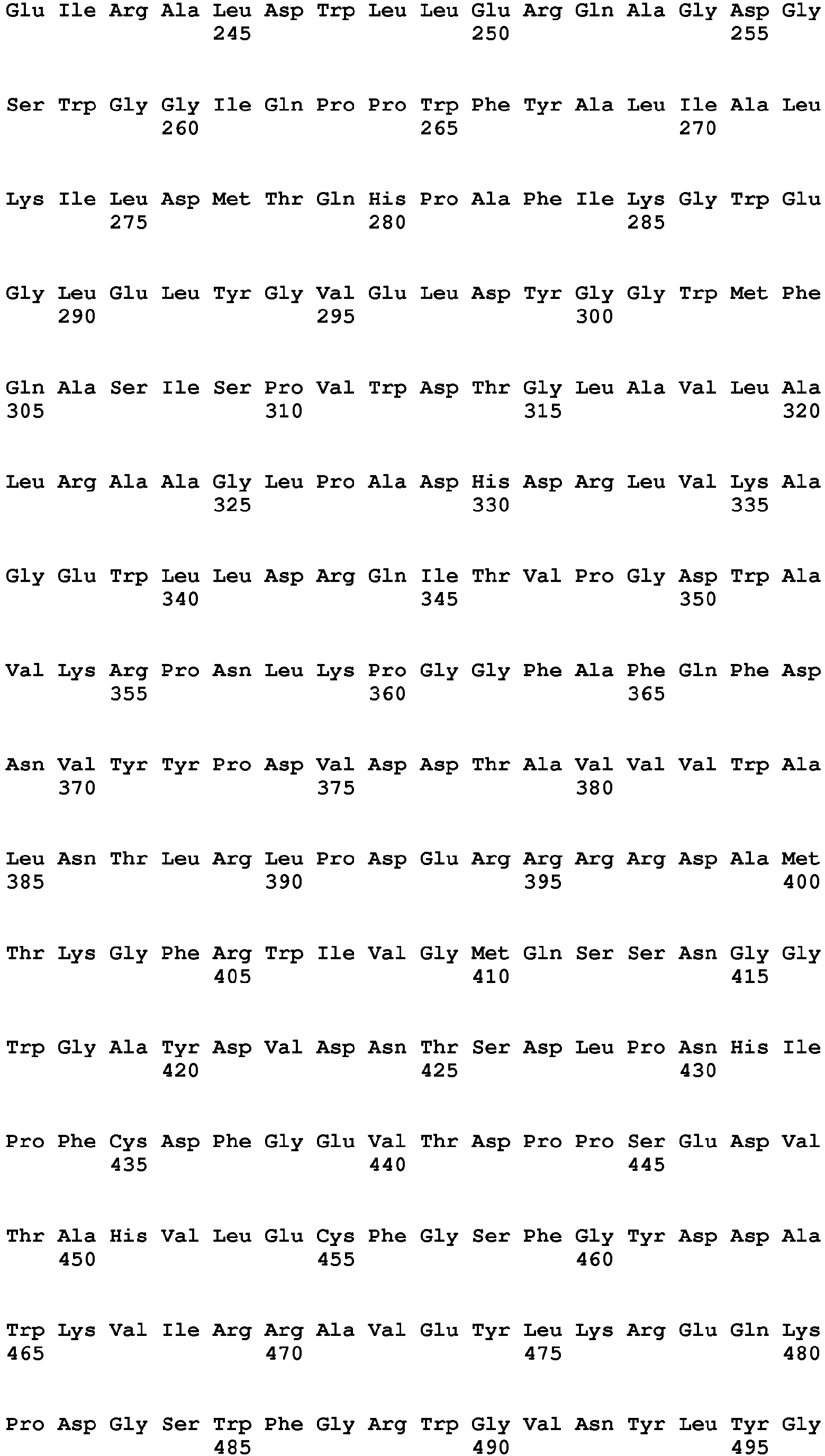 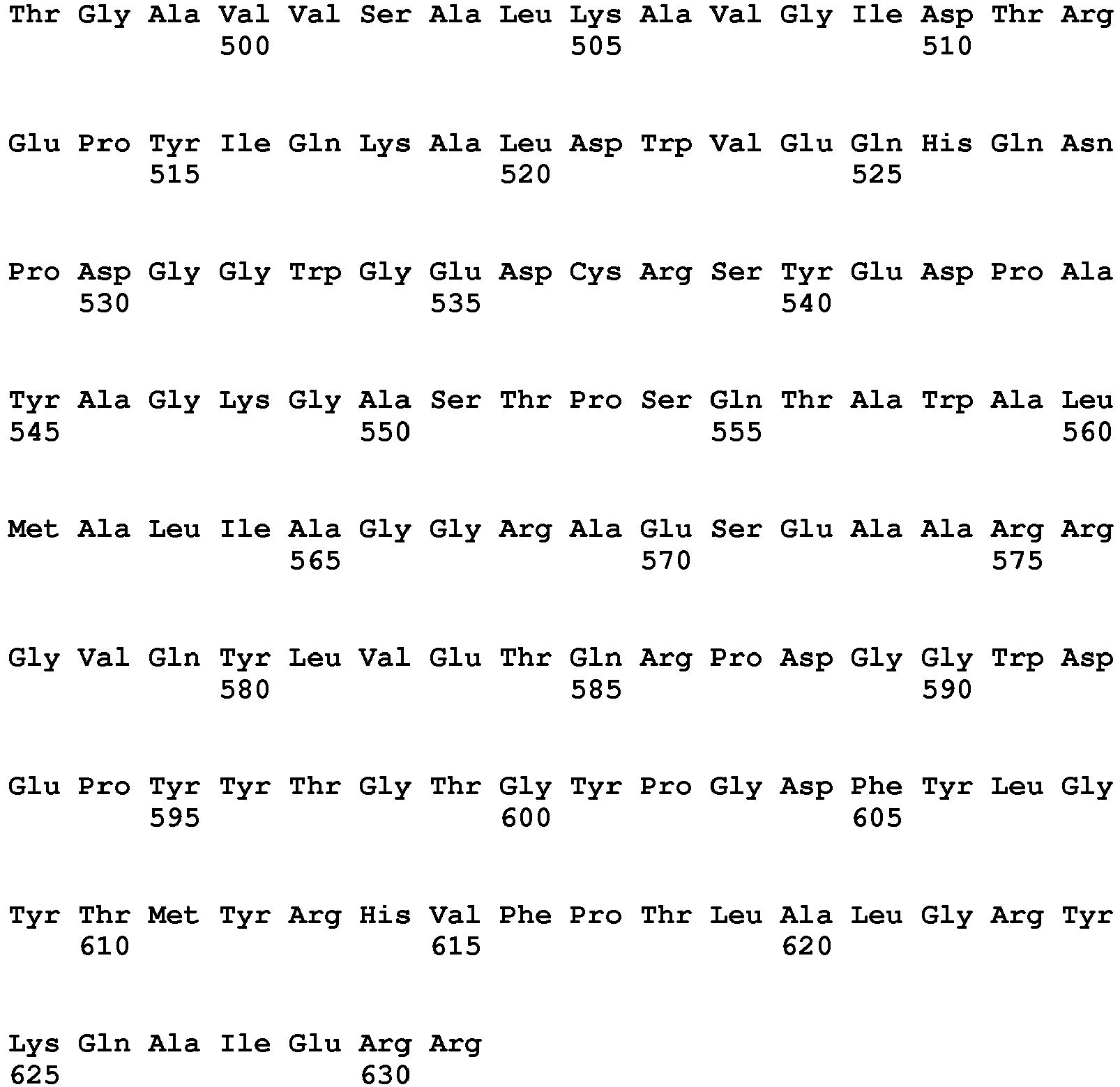 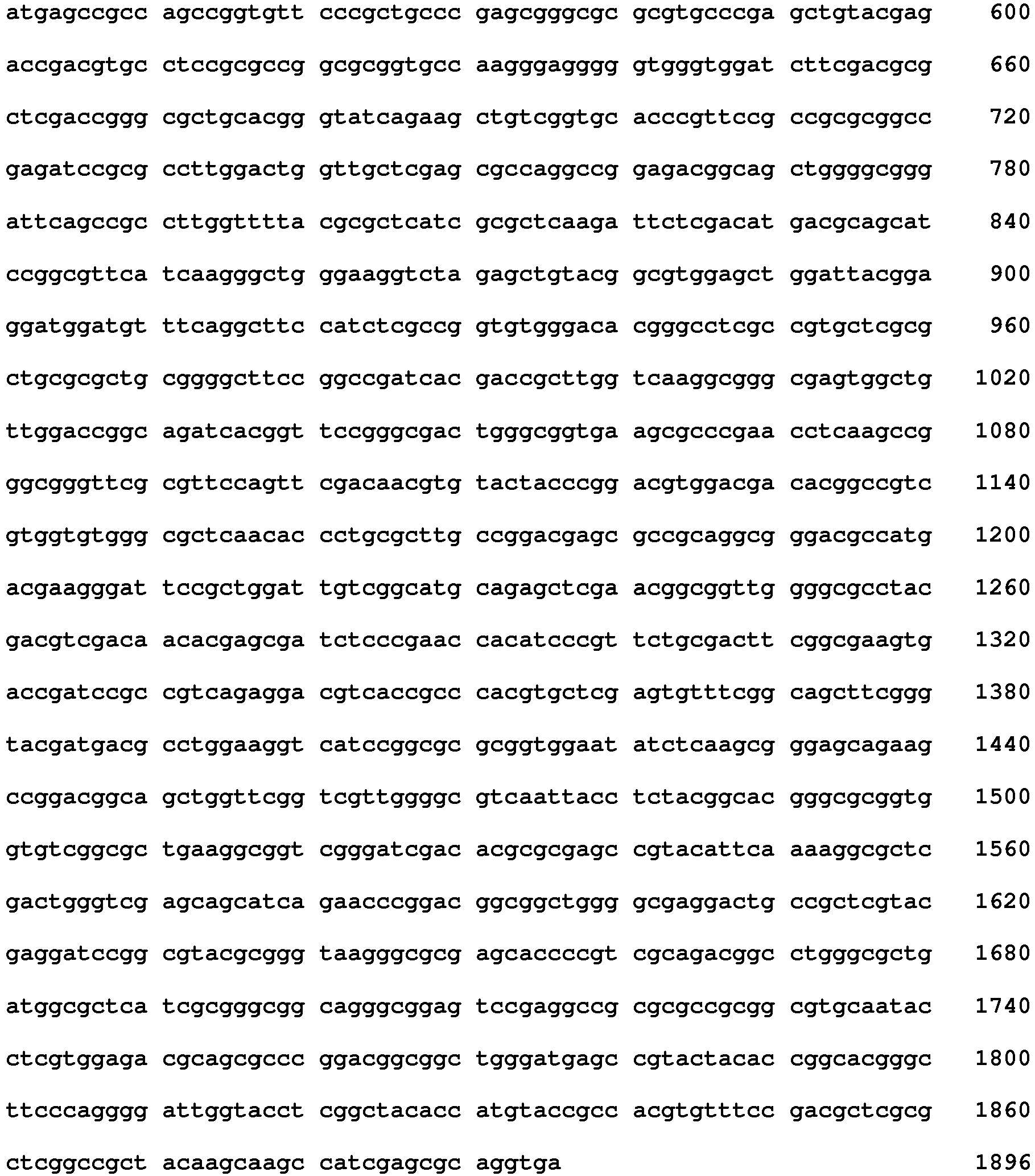 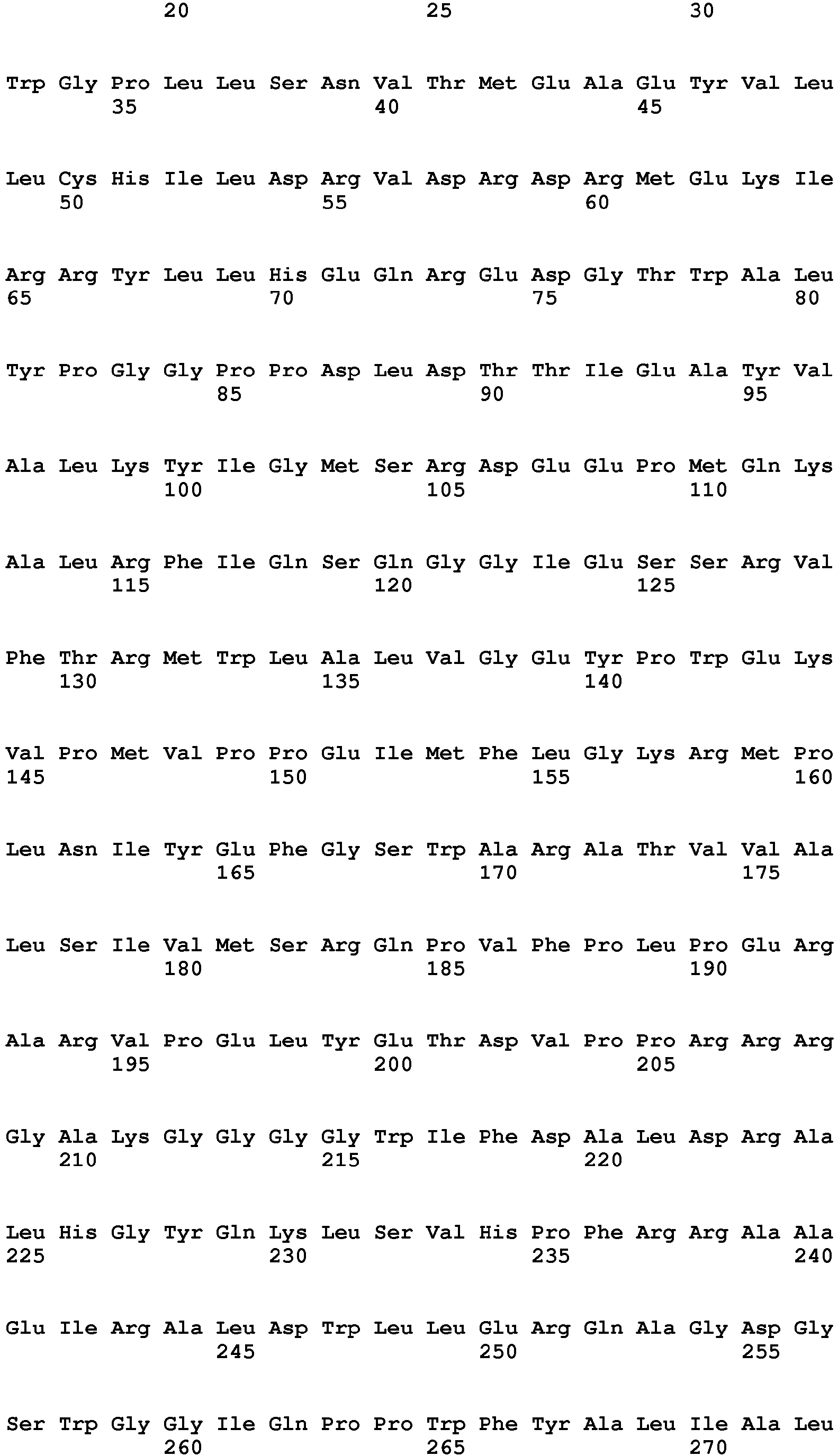 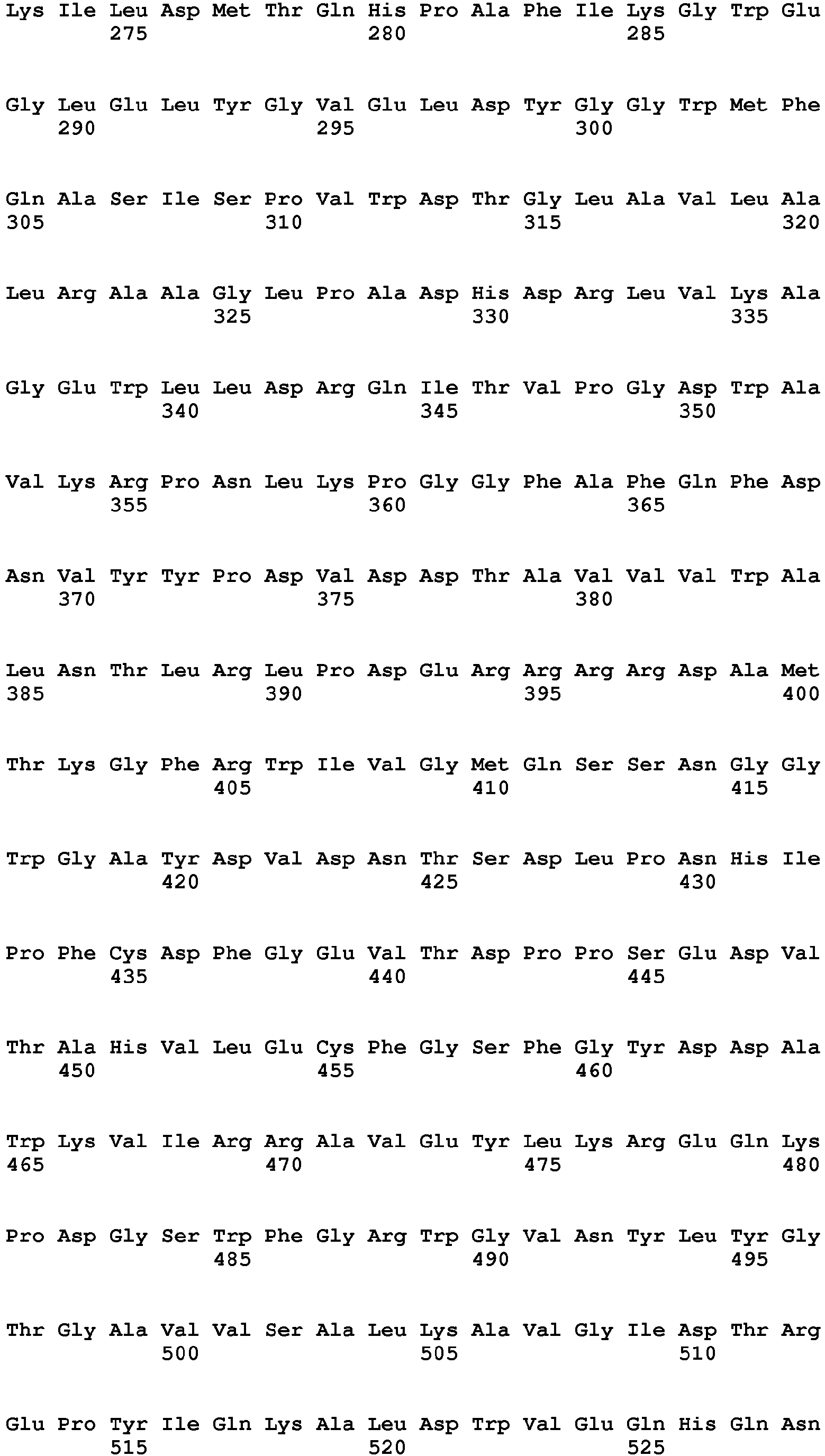 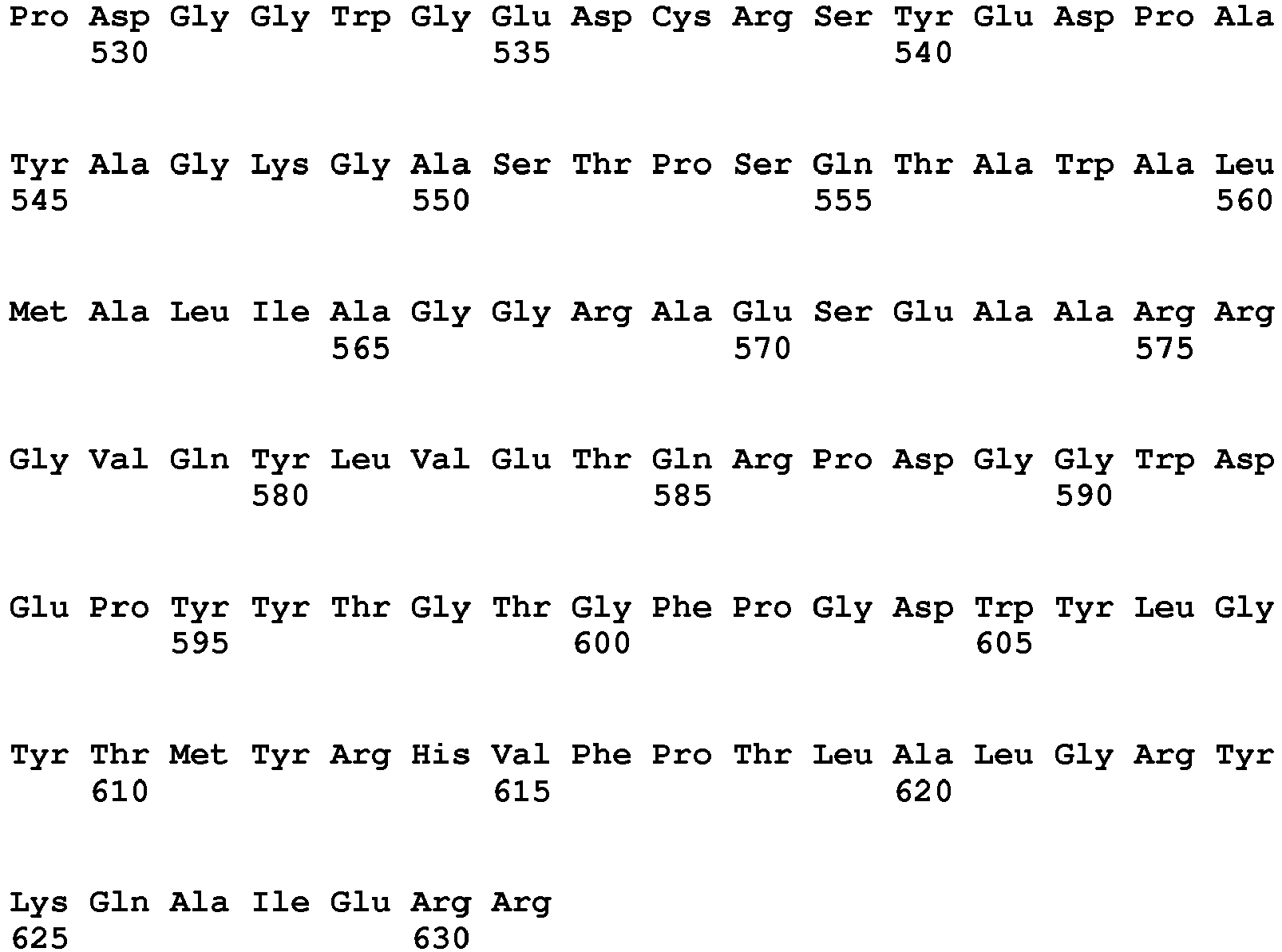 1. A method of isolating and purifying (-)-Ambrox from a reaction mixture, comprising one or more of the compounds (II), (III) and (IV)