Fig. 1: a plastic sleeve inserted into a hole; cutter in an approaching position,

Fig. 2: a cutter in a position when a screwing pole fits into a screw head,

Fig. 3: a cutting crown of the cutter cuts into an insulation board,

Fig. 4: a cutter finishes screwing and presses a fixing plate to defined depth,

Fig. 5: screwing of an insulation board to the base material is finished. 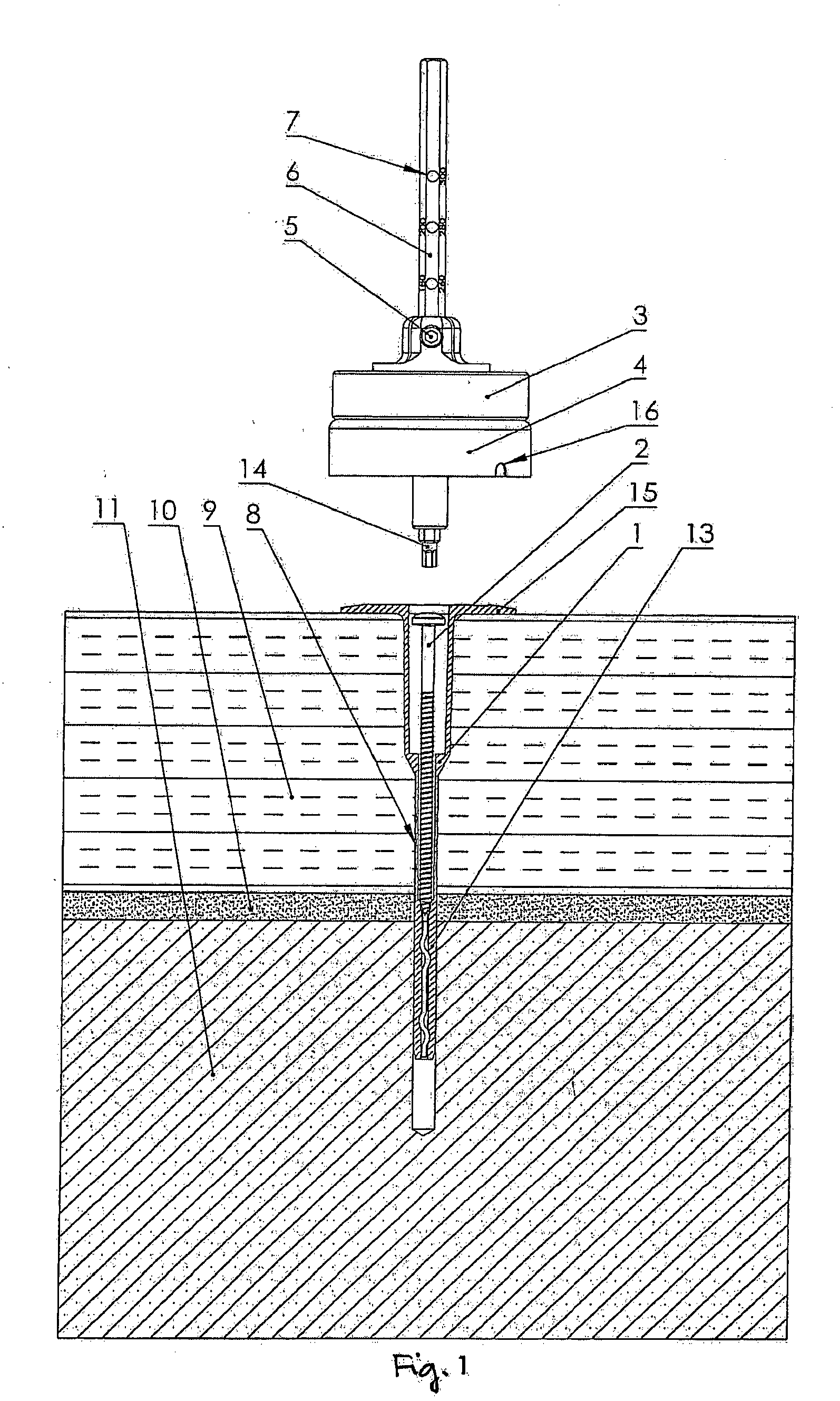 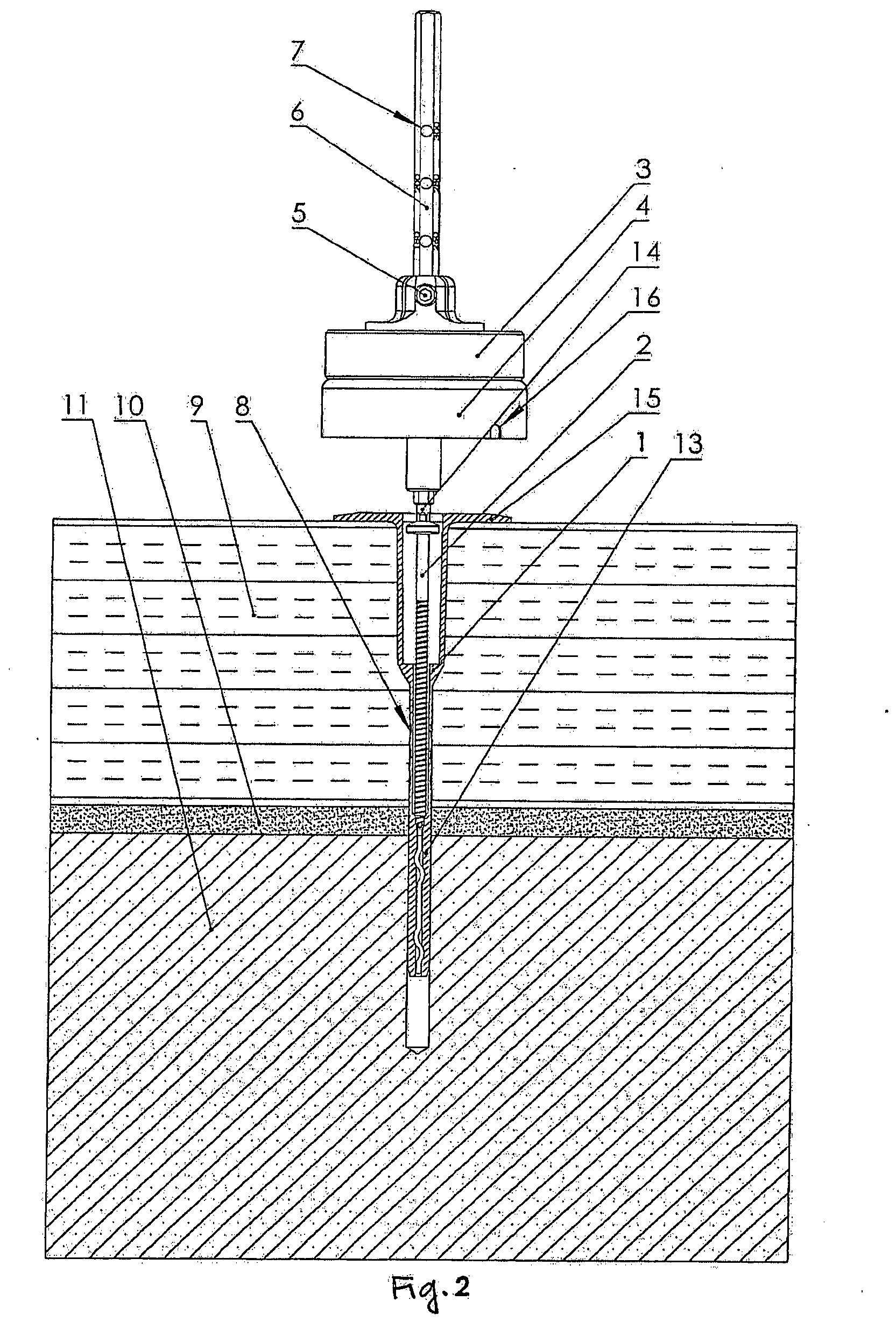 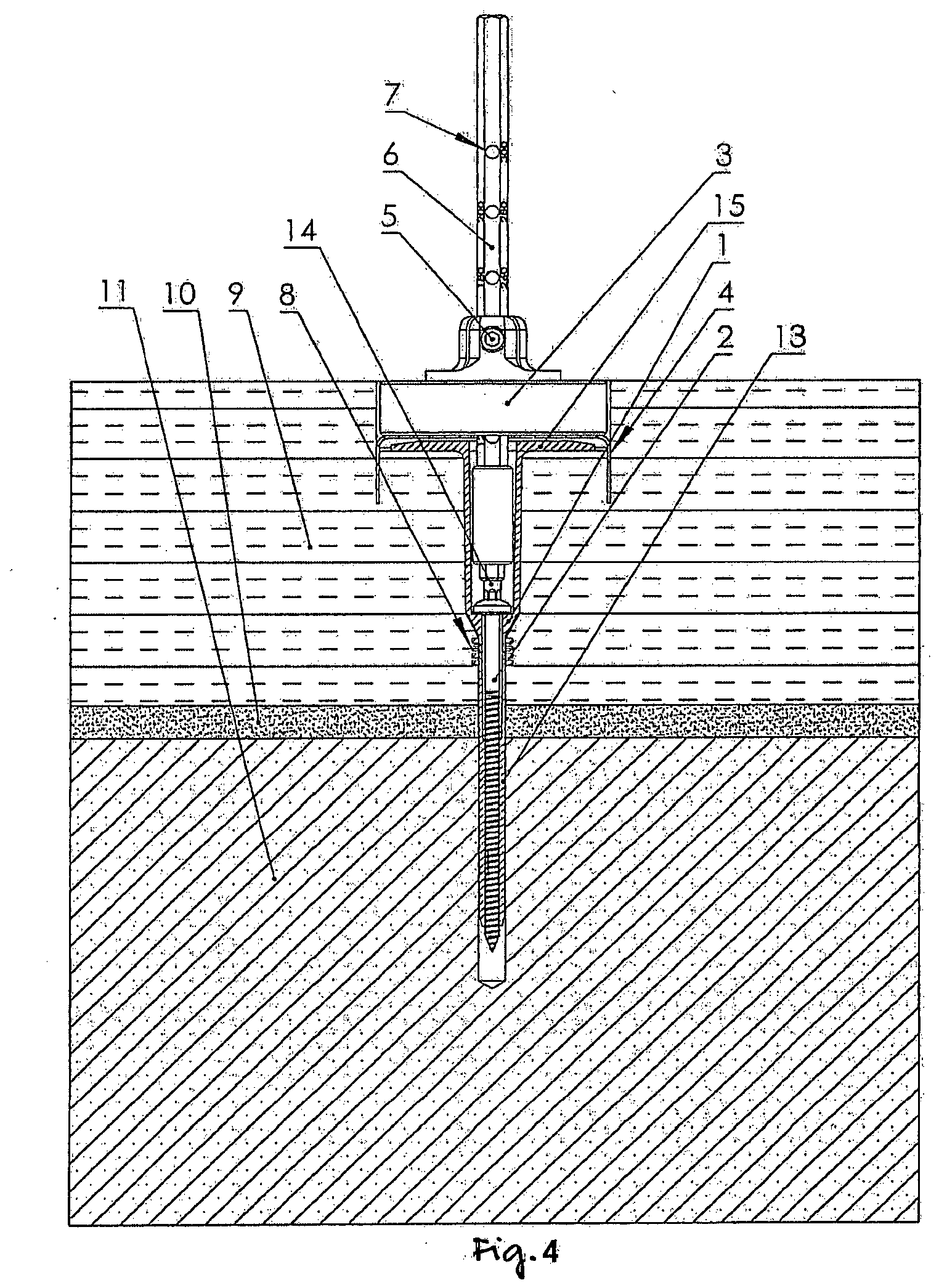 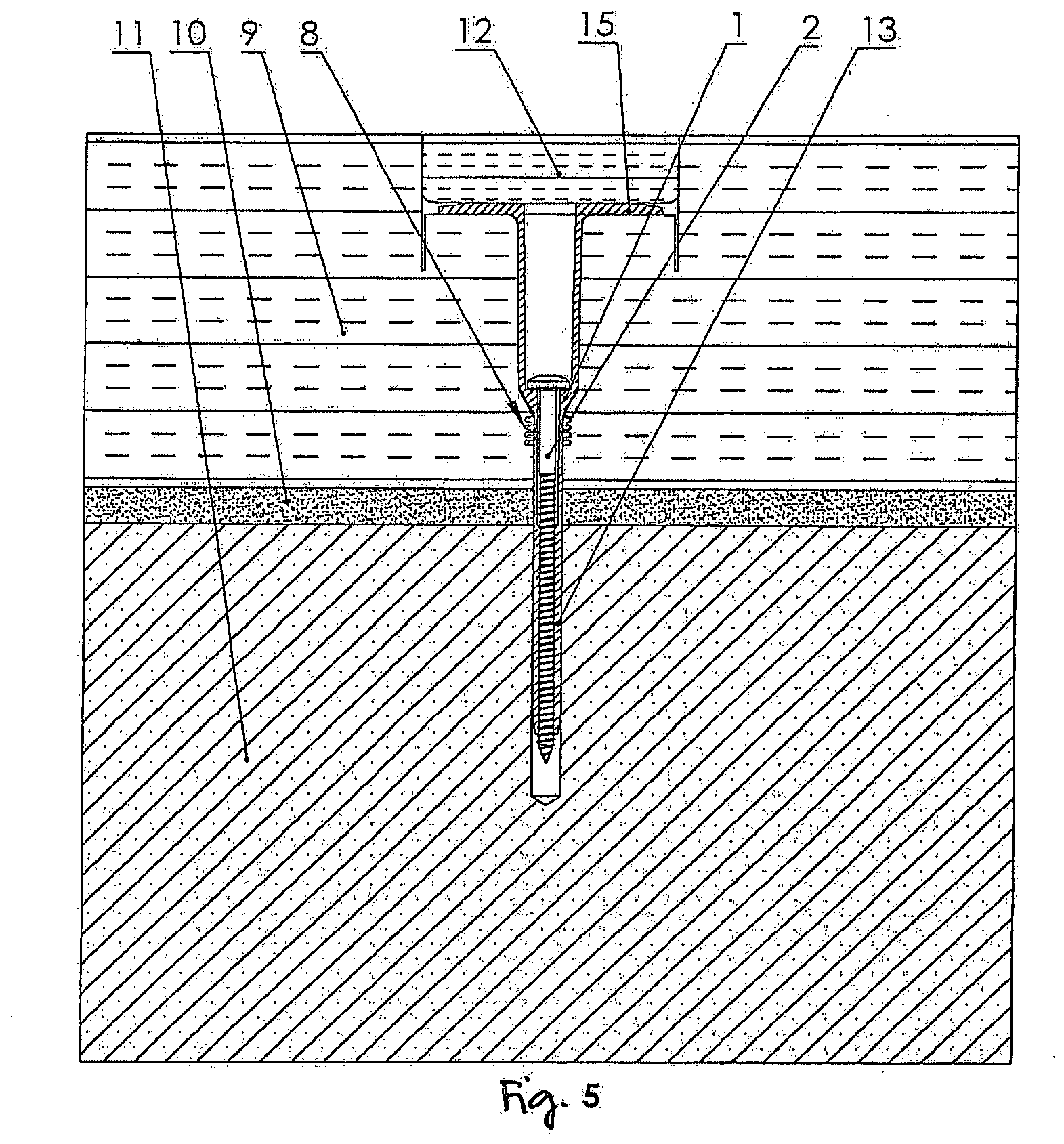