[0002] Network attacks are becoming increasingly sophisticated and malicious, and the risk of data breaches and their consequences grows. Failure to thwart attacks can damage a business's reputation and result in loss of revenue. In addition, governments and other authoritative bodies are taking on a more active role in protecting individual's sensitive electronic information. For example, in the United States and abroad, statutes and standards such as the Health Insurance Portability and Accountability Act (HIPAA), Sarbanes Oxley (SOX), and the Payment Card Industry Data Security Standard (PCI DSS) have been put in place for enterprises to take appropriate steps to ensure the proper use and protection of both corporate and personal communications and information. These regulations and standards are often backed by financial penalties for public or private organizations that fail to comply or where personal data is actually breached.
[0003] Compliance can be a state of comporting with governmental regulations, industry standards, and similar guidelines, or the process toward this state. Conventional approaches for compliance may be inadequate to the challenges facing networks today. Many solutions tend to focus on the network edge (i.e., north-south traffic). Thus, networks using these solutions may be especially vulnerable to attacks occurring within the network (i.e., east-west traffic) and are likely to be non-compliant. Conventional techniques are also typically reactive and cannot resolve security breaches in real time or substantially real time. In addition, conventional networks often fail to gather all relevant information for preventing, diagnosing, and remedying malicious network activity.
[0004] US 2011/069685 describes a system and methodology that facilitates signaling-less call setup and teardown by employing observed Quality of Experience (QoE) and resource demands. Moreover, the system provides an environment for supersonic treatment of observed QoE and Quality of Service (QoS) demands for mobile applications. Specifically, a monitoring component is employed to determine session state information associated with a traffic flow, which includes observed QoE and resource demand data. The session state information is stored in a shared memory location and can be analyzed to modify and/or create a network policy for the traffic flow. The network policy is applied to one or more traffic flows to minimize signaling exchanges between a communication network and a mobile station.

[0005] In order to describe the manner in which the above-recited and other advantages and features of the disclosure can be obtained, a more particular description of the principles briefly described above will be rendered by reference to specific embodiments that are illustrated in the appended drawings. Understanding that these drawings depict only example embodiments of the disclosure and are not therefore to be considered to be limiting of its scope, the principles herein are described and explained with additional specificity and detail through the use of the accompanying drawings in which:

FIG. 1 illustrates a network traffic monitoring system in accordance with an example embodiment;

FIG. 2 illustrates a policy engine in accordance with an example embodiment;

FIG. 3A-3C illustrates a compliance mapping in accordance with an example embodiment;

FIG. 4 illustrates a network environment in accordance with an example embodiment;

FIG. 5 shows an example process for providing compliance via network policies in accordance with an example embodiment; and

FIGS. 6A and 6B show systems in accordance with some example embodiments.

analyzing the first network data to determine (506) a policy applicable to the first flow; and

an actual network action for the first flow.

determining a source endpoint group corresponding to the first flow; and

3. The method of claim 1, further comprising:

determining a first degree of accuracy of first flow data corresponding to the first flow captured by the first sensor;

determining a second degree of accuracy of second flow data corresponding to the first flow captured by the second sensor;

determining a third degree of accuracy of third flow data corresponding to the first flow captured by the third sensor; and

utilizing flow data having a highest degree of accuracy for the first flow.

determining a source endpoint group for the first flow based on the state,

wherein the policy is determined based at least in part on the source endpoint group.

generating a compliance report based on the mapping and the policy conformance data.

10. The method of claim 1, wherein the policy conformance data comprises associations between flows not conforming to policies of the network, and the method further comprises:

11. The method of claim 1, further comprising:

determining a network topology for the network;

memory (615, 620, 625, 675) including instructions that, upon being executed by the processor, cause the system to perform a method according to any of claims 1 through 13.

15. A non-transitory computer-readable medium having computer readable instructions that, upon being executed by a processor of a first endpoint of a network, cause the first endpoint to perform a method according to any of claims 1 through 13. 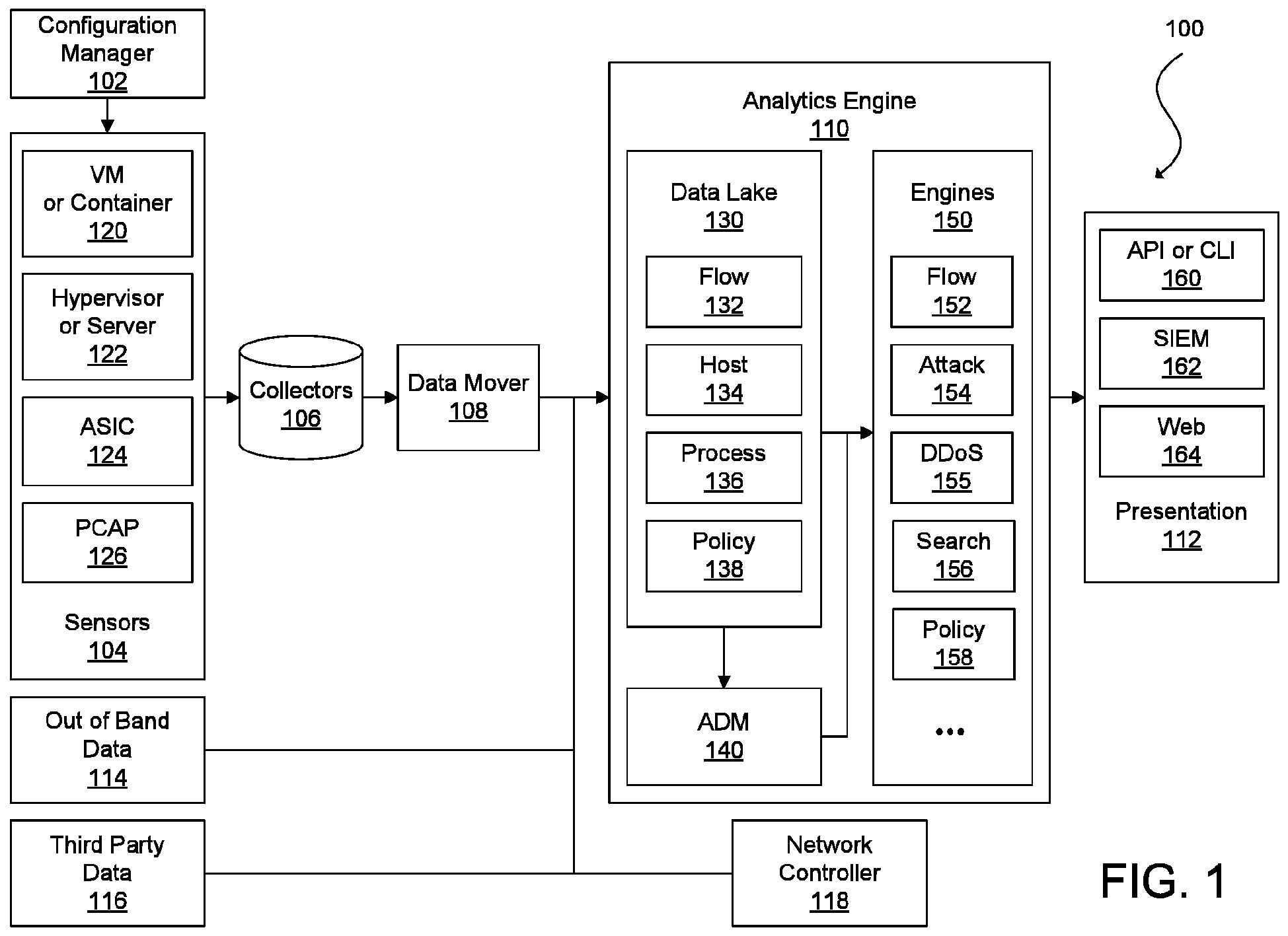 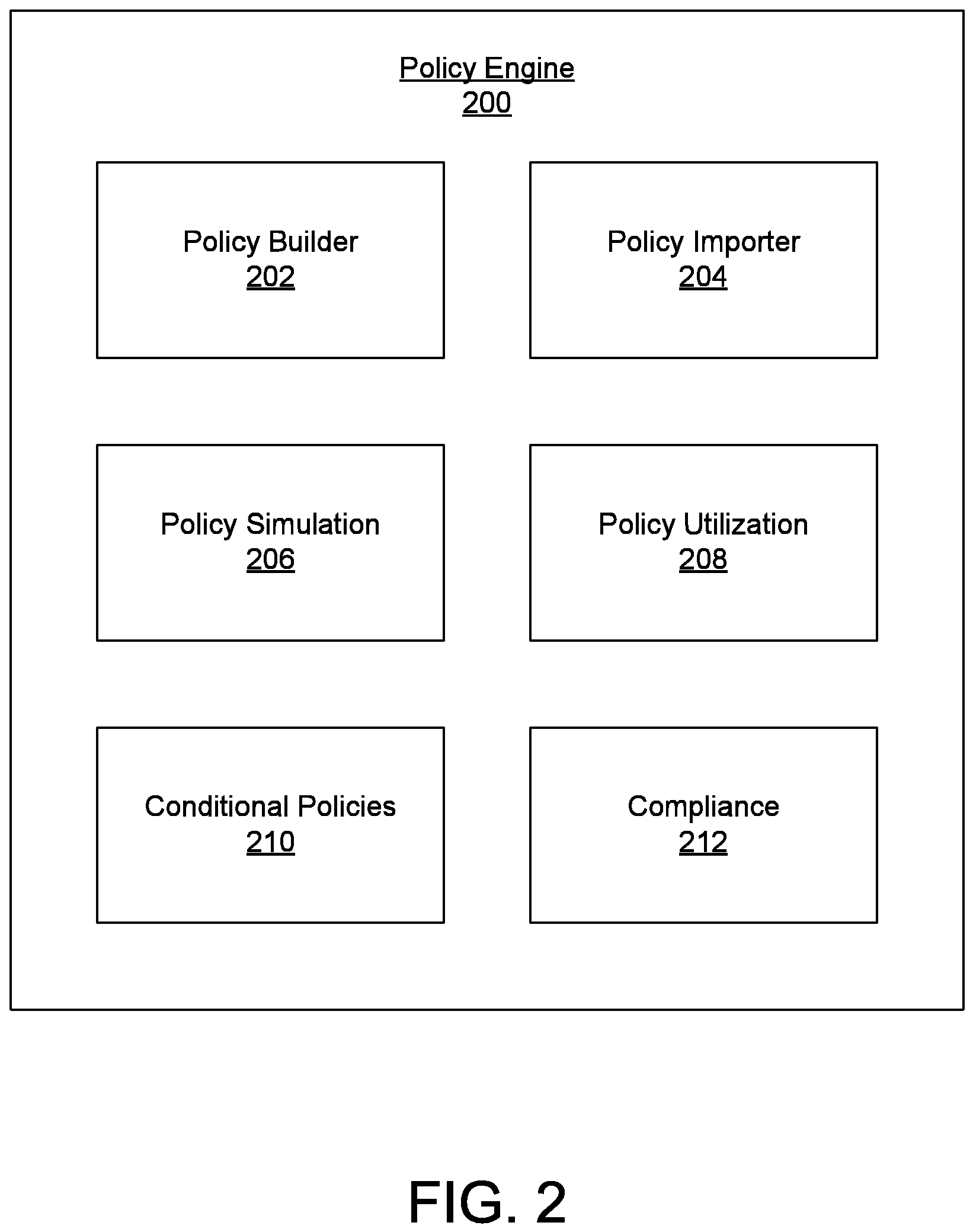 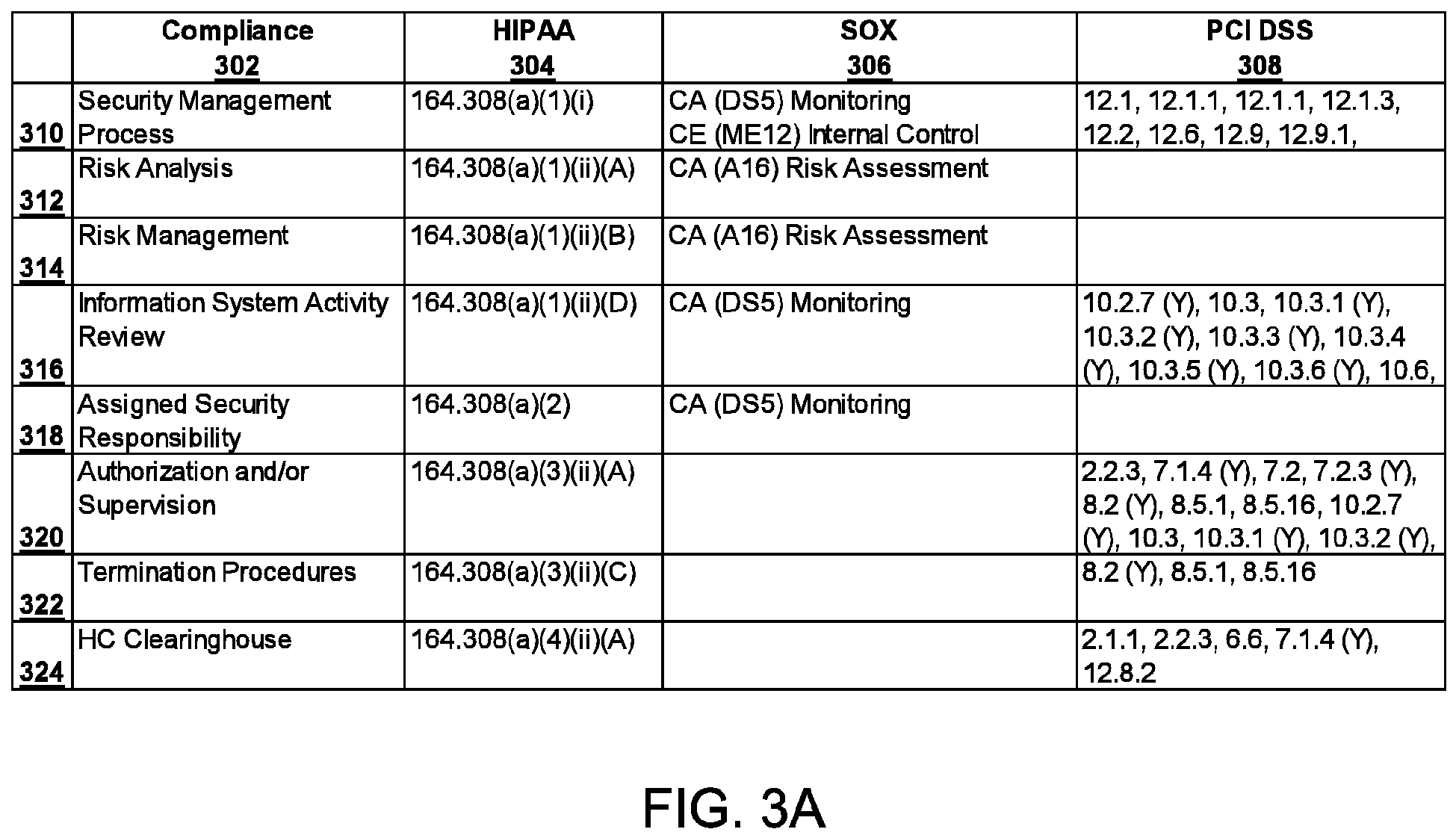 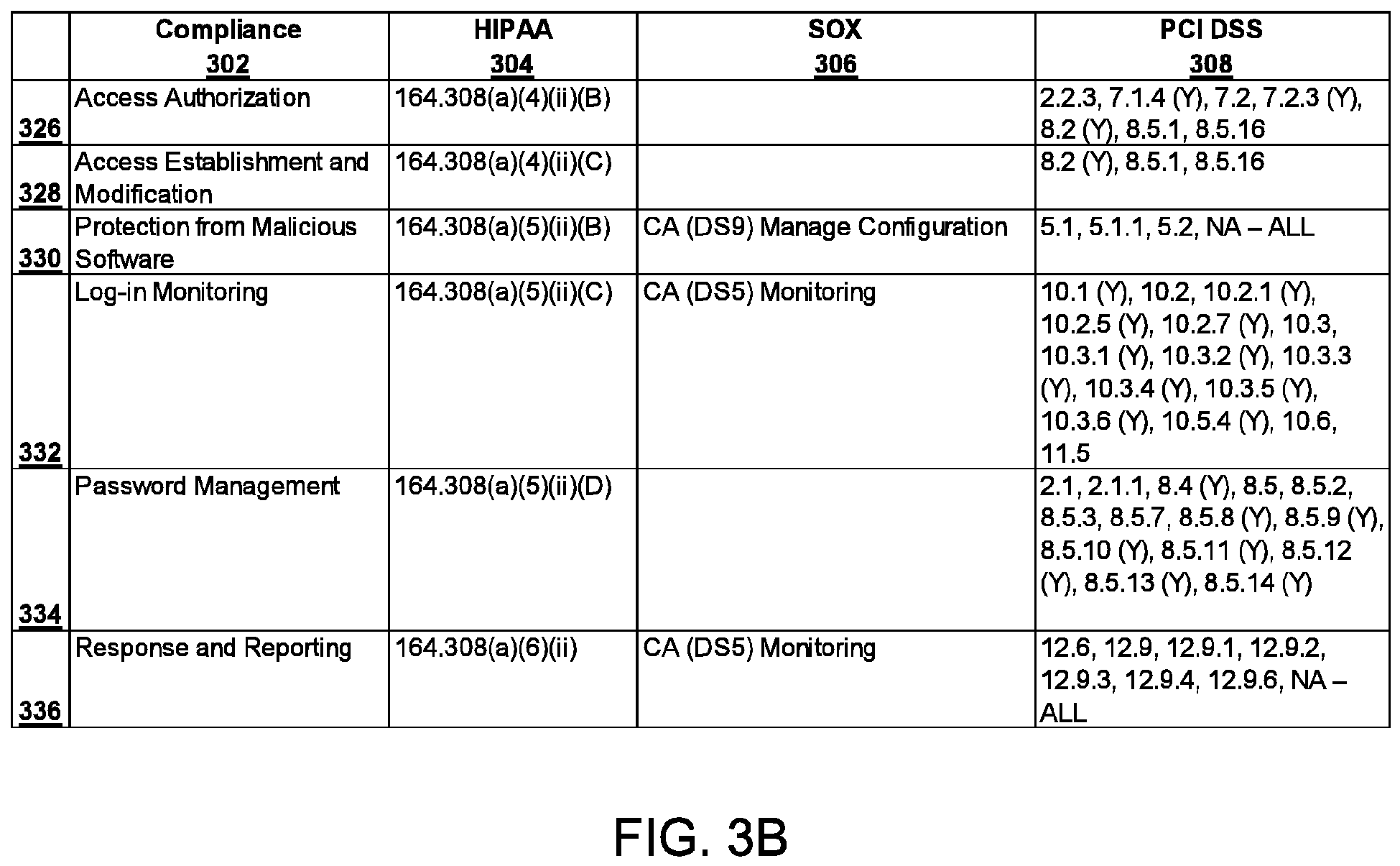 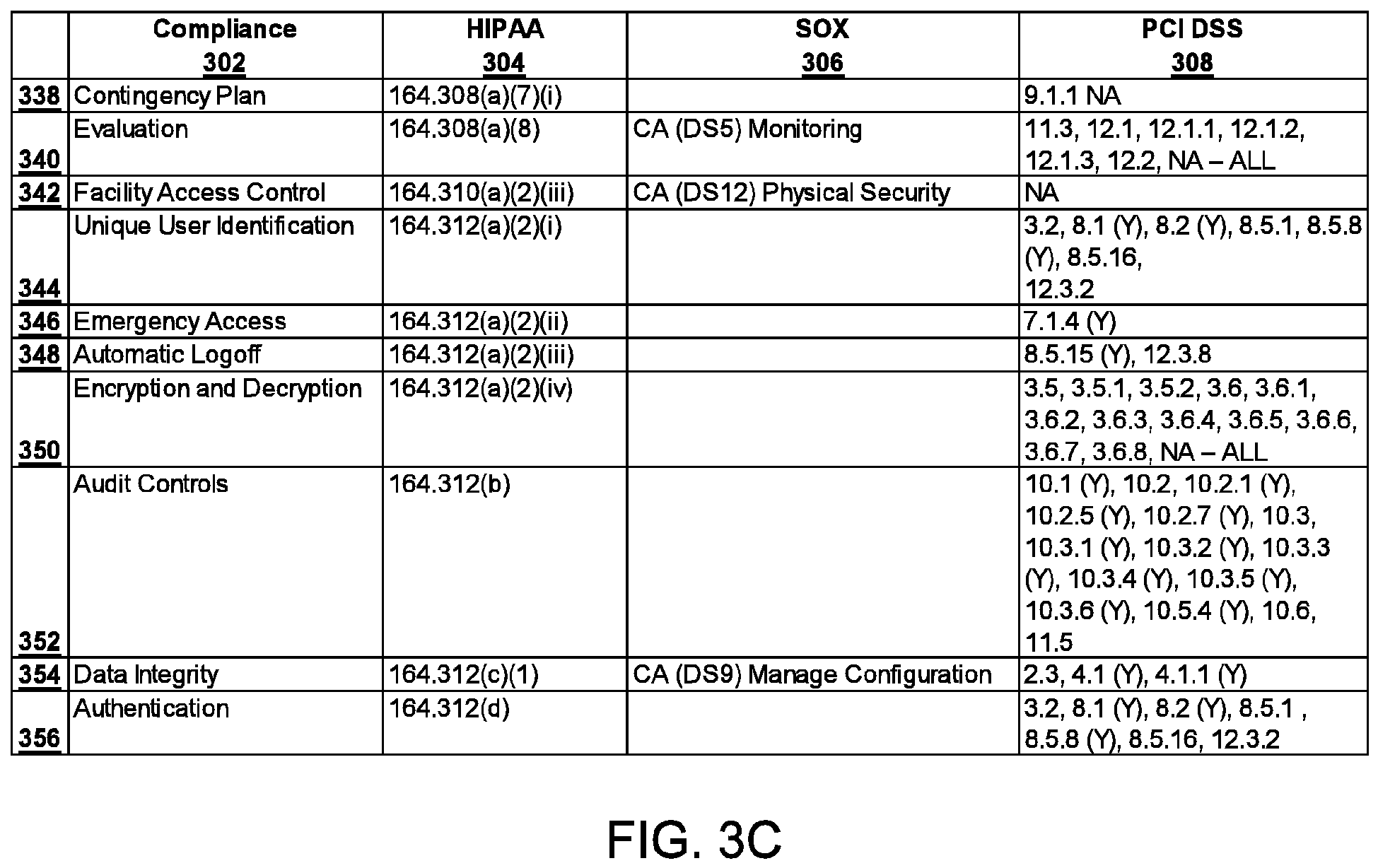 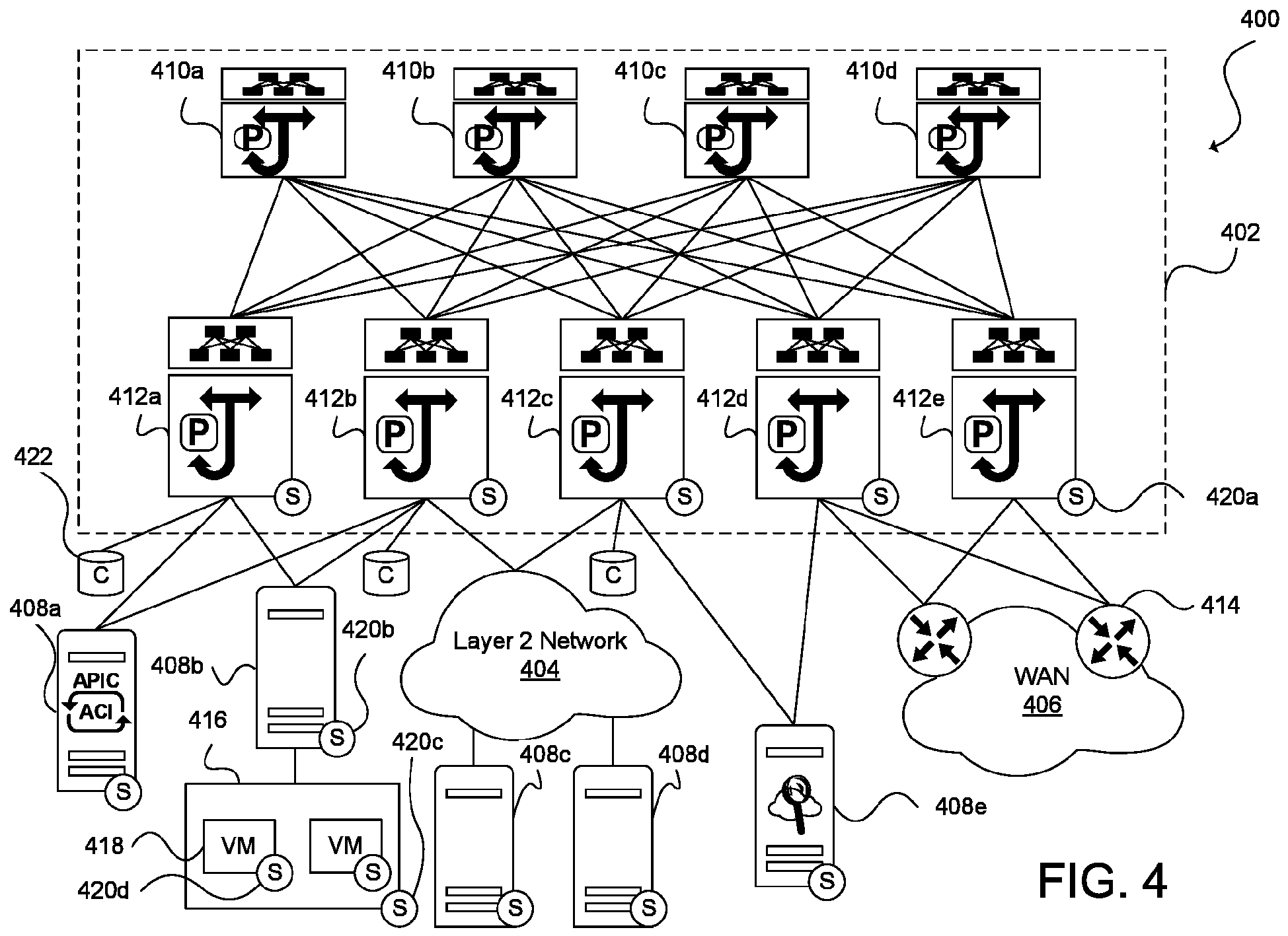 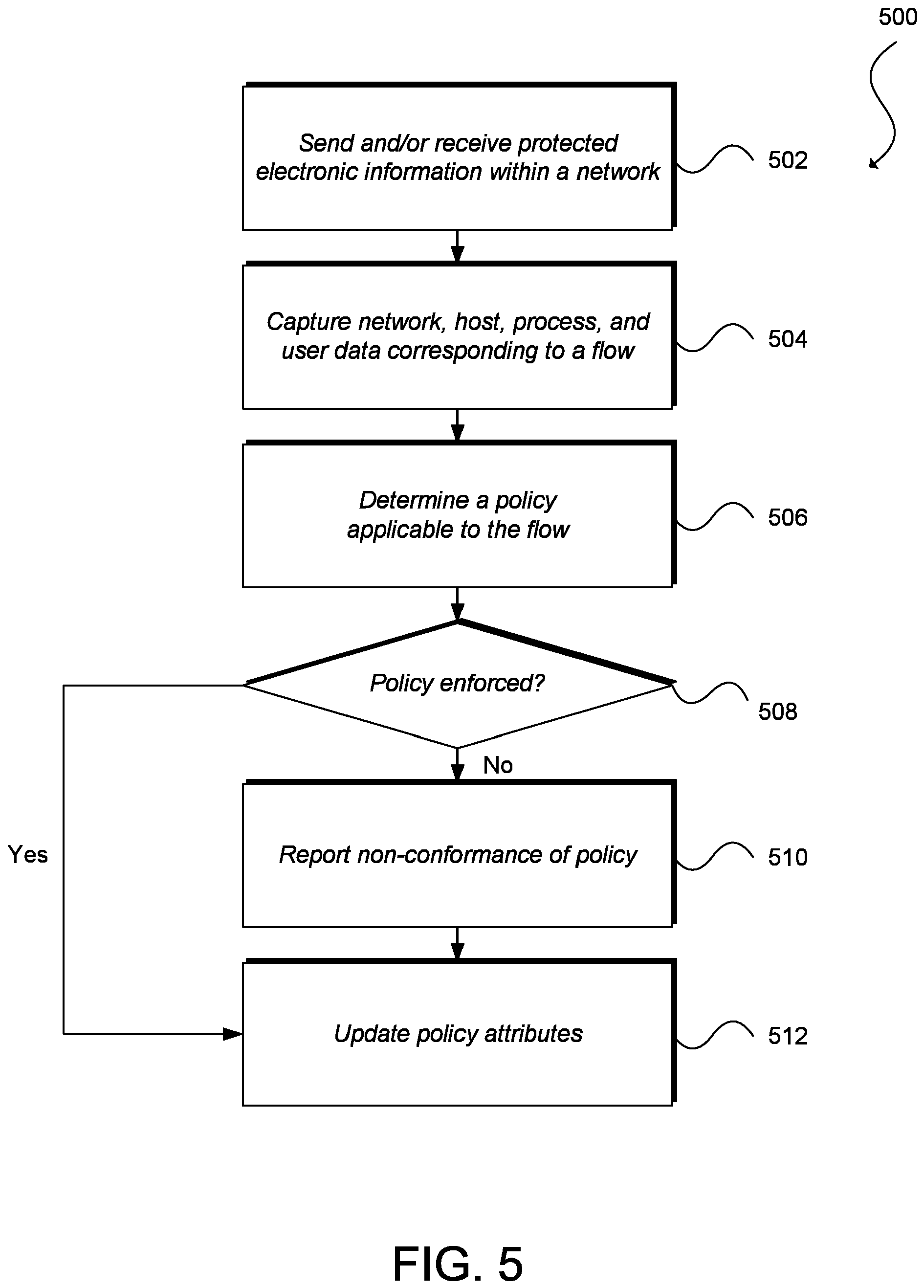 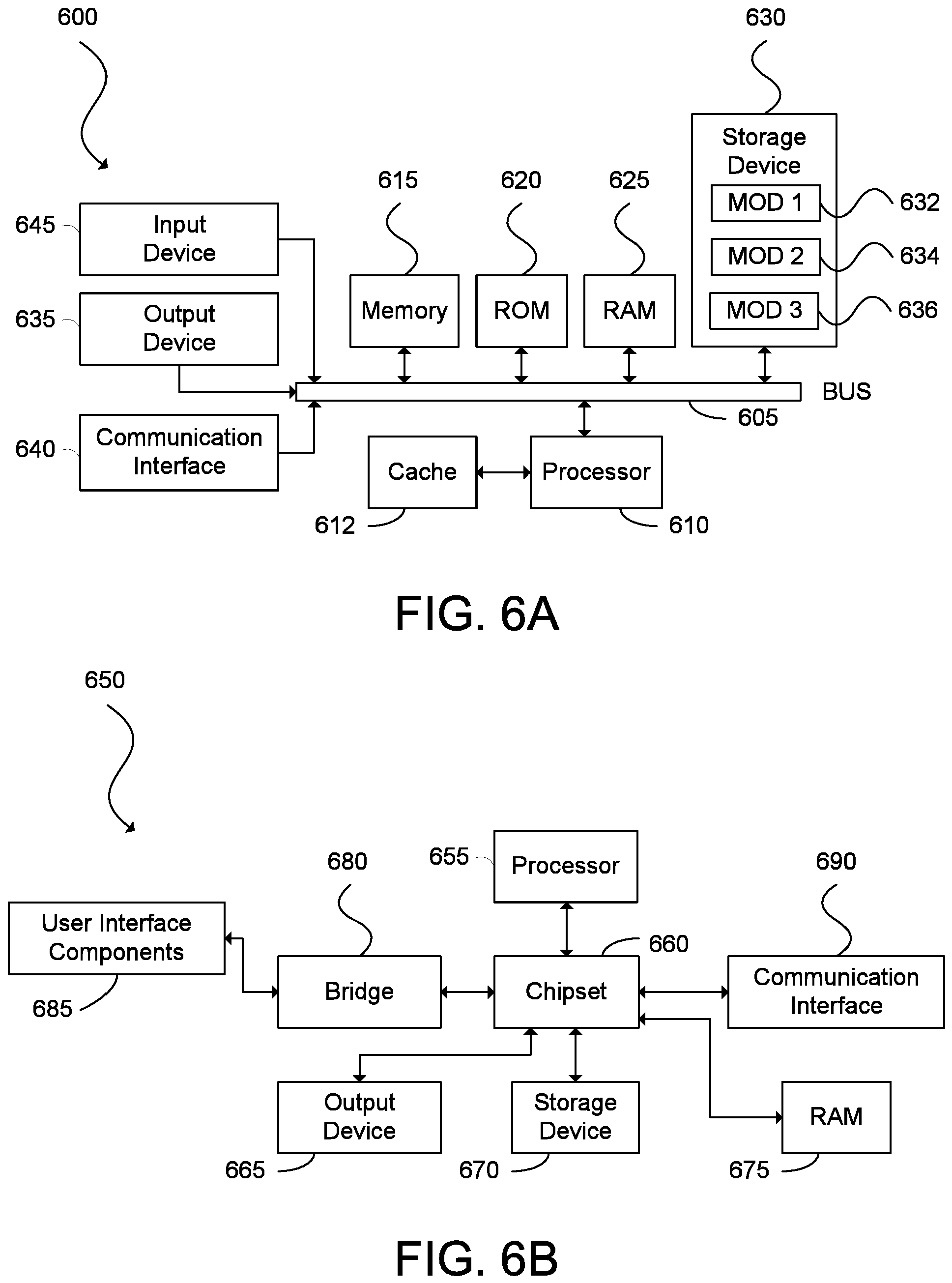