[0002] Protective covers for optical components are used in guns, binoculars and camera lenses, for example, to protect firearm sights, such as riflescopes, or lenses, or other optical components, against rain, snow, vapour (steam), dust, fingerprints, and/or other dirt. Other devices or parts, such as inner sides of barrels, may also be shielded by protective covers. Typically a protective cover can be opened by removing the protective cover by hand, for example by pressing with a thumb an opening button of a flip-open cover or by taking the cover off by hand. A problem with the solutions is that an interesting situation may be missed: many situations occur so quickly that after the cover is removed, the situation is already over. Such quick situations are common when one is stalking or chasing, for example.
[0003] EP 1 457 756 and US 4 596 450 both disclose automatically opening lids for riflescopes opening the lid by means of gravity when the rifle is horizontal. DE 10 2012 004104 discloses a riflescope having a cover. This document also mentions the wish that the cover should open automatically when the user is in a shooting position, without specifying the means for such automatic opening.

[0004] An object of the present invention is to alleviate the above problem. The object of the invention is achieved by a method and an assembly which are characterized by what is stated in the independent claims. The preferred embodiments of the invention are disclosed in the dependent claims.
[0005] The invention is based on the idea of providing an automatic opening mechanism for a protective cover that is movable from a closed position in which the cover protects a part of a device to an open position in which the part is usable, the automatic opening mechanism using action-related information received from one or more sensors to determine whether or not the cover is to be opened.
[0006] Thanks to the automatic opening mechanism using action-related information, the protective cover will be opened when the action-related information indicates a need to use a part, such as the riflescope or lenses in binoculars, for example, protected by the cover, without a delay caused by manual opening of the cover.

[0007] In the following the invention will be described in greater detail by means of preferred embodiments with reference to the attached drawings, in which

Figure 5 and 6 are charts illustrating information exchange; and

Figure 7 and 8 illustrate some exemplary actions.

determining, by the control means, from the action-related information whether or not to open the cover; and

6. A cover assembly (1 -1) according to claim 5 further comprising a magnet arrangement comprising a first magnet (1 -6a, 1 -6b) and as a counterpart a second magnet (1 -6a, 1 -6b) or an element of ferromagnetic material, wherein the opening means (1 -6) are configured to move either the first magnet or the counterpart to open at least one cover.
7. A cover assembly (1 -1) according to claim 5, further comprising at least a second lens cover for the protected device and at least a second control means wherein the two or more control means are configured to exchange information relating to opening lens covers. 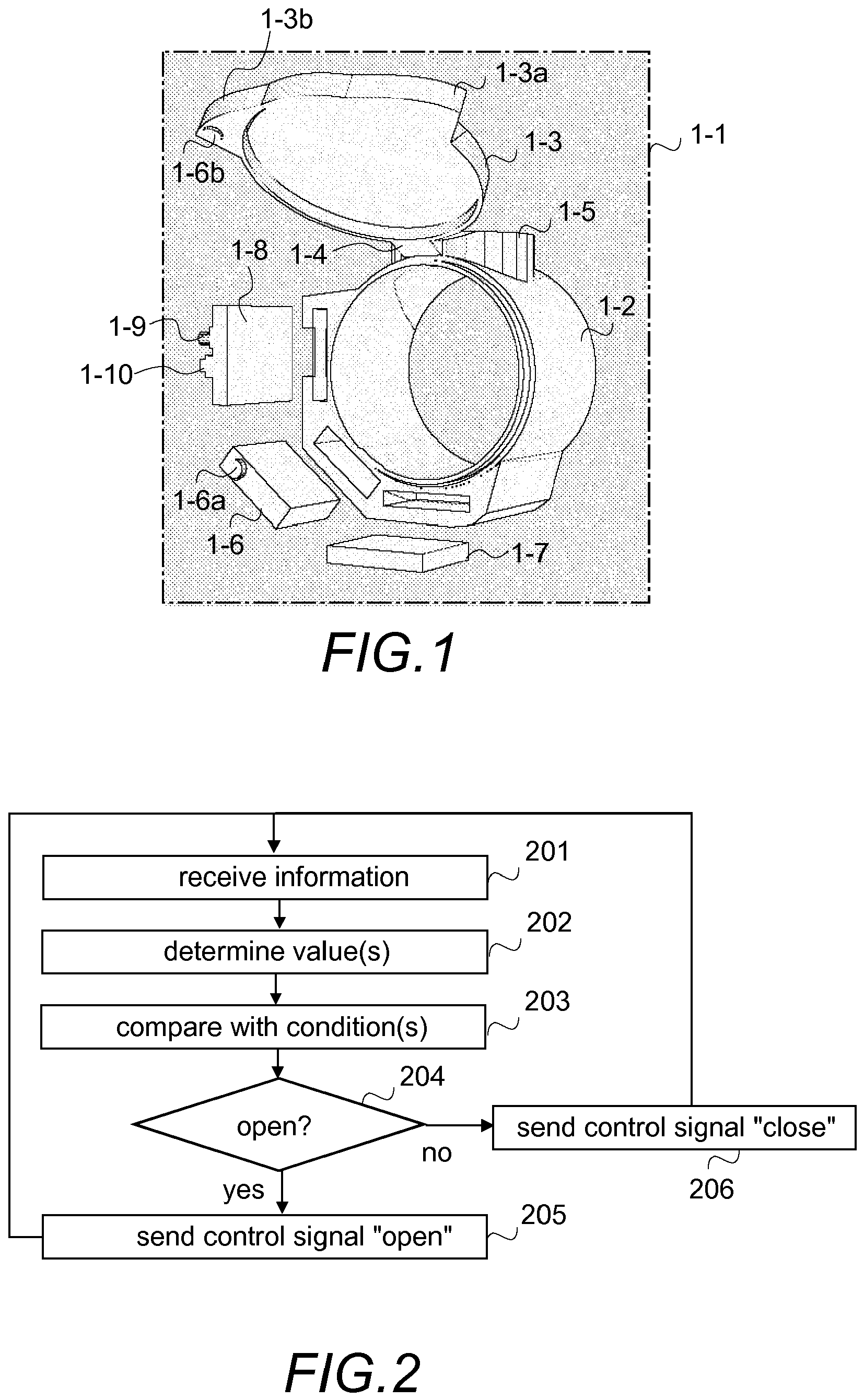 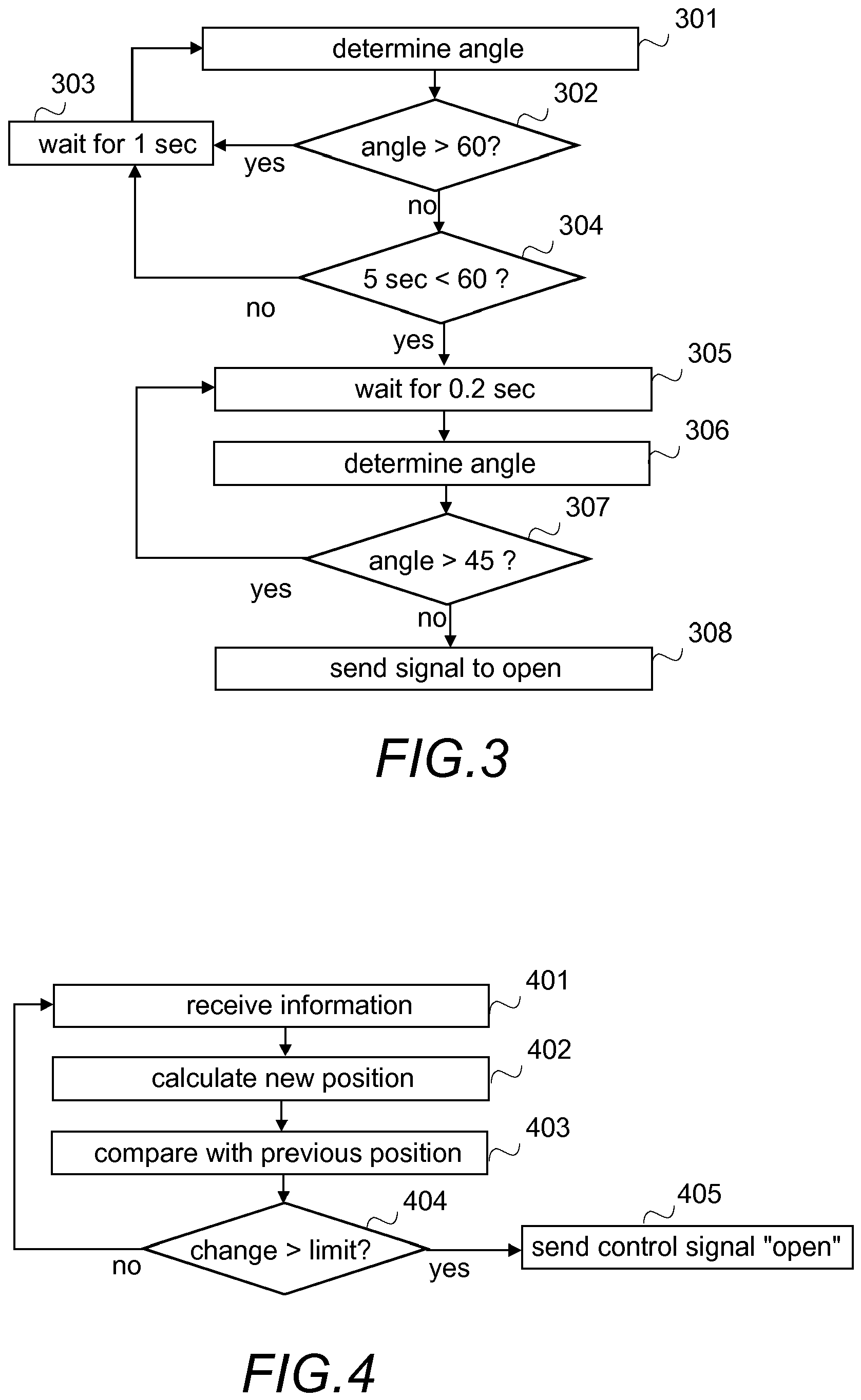 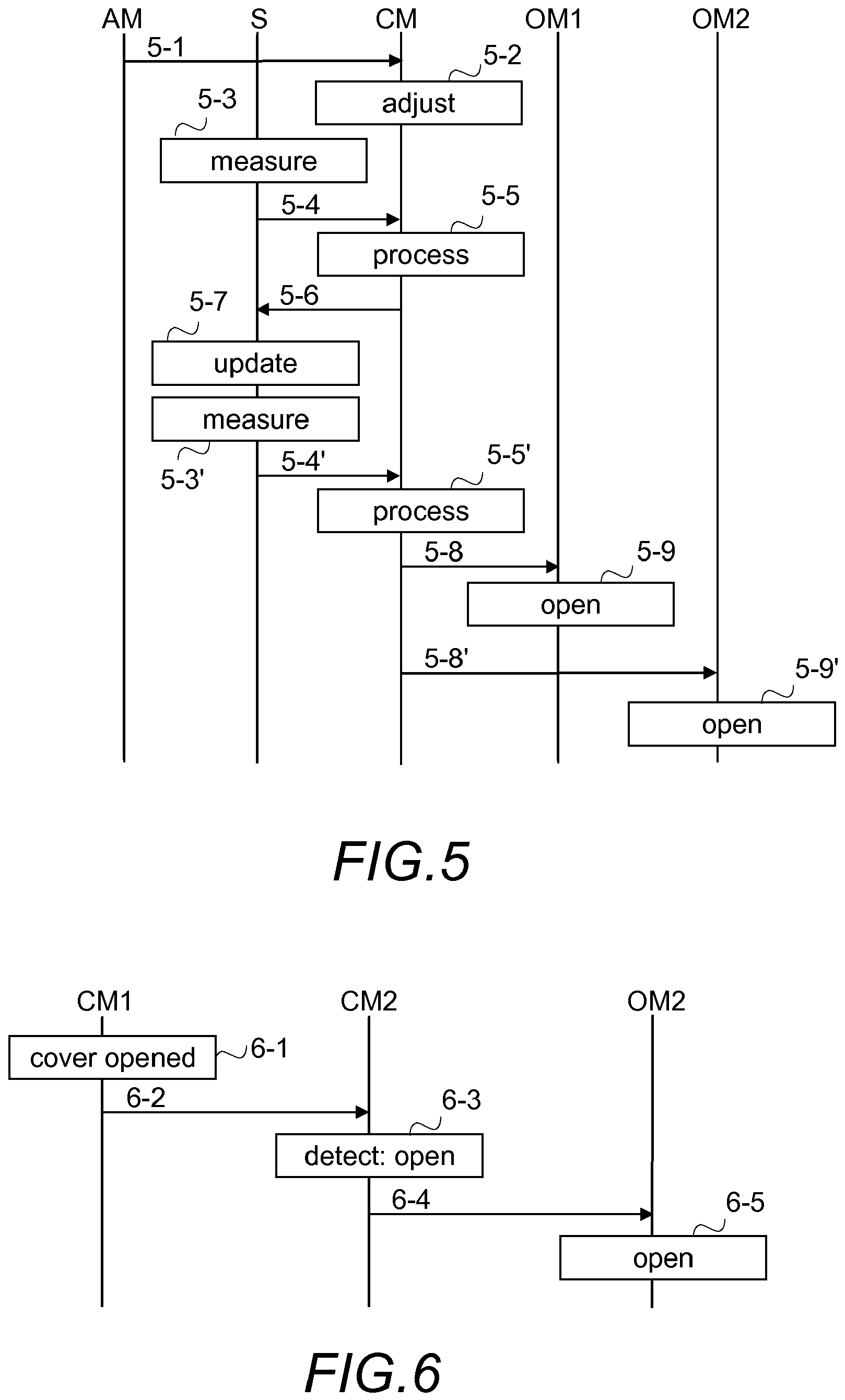 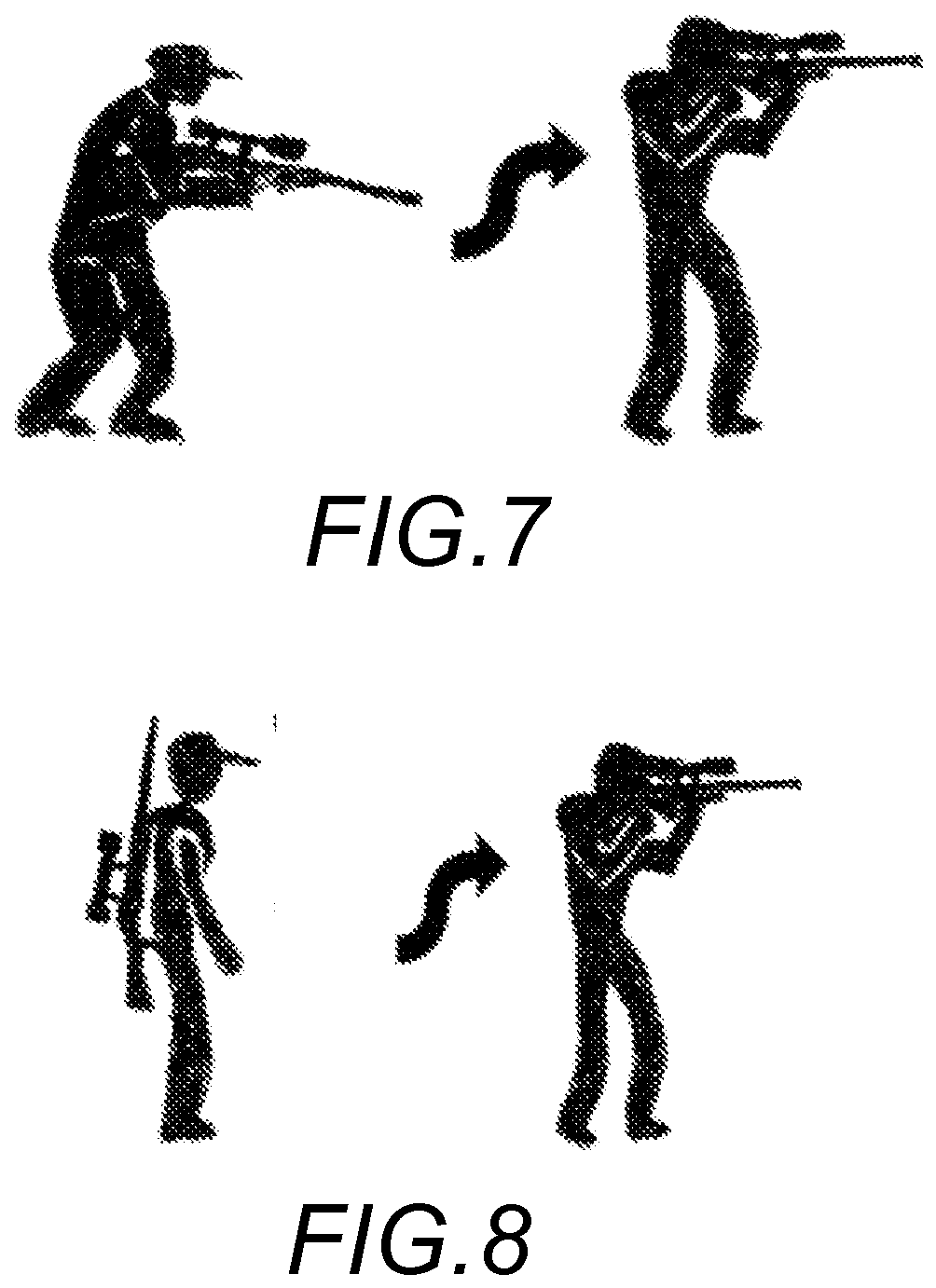