FIGs. 1 and 2 each depict a system block diagram showing an exemplary portable device together with alternate wireless docking environments realized in accordance with the principles of the present invention;

FIG. 3 shows a more detailed representation of the portable device and docking station shown in FIGs. 1 and 2;

FIG. 4 shows another alternate embodiment of a portable device docked with a docking cradle portion of a docking station;

FIG. 5 shows an exemplary method for configuring the signal threshold T to be used in initiating logical docking;

FIG. 6 shows an exemplary docking procedure realized in accordance with the principles of the present invention; and

FIG. 7 shows an exemplary undocking procedure realized in accordance with the principles of the present invention.

1. A method adapted for use in a wireless docking environment for undocking a first device (110) with a docking station (120), wherein each of the first device (110) and the docking station comprises a transceiver and an antenna for transmission and reception of Wi-Fi RF signals for Wi-Fi communication in the docking environment, the method comprising:

5. The method as defined in any of the preceding claims, the method further comprising:

measuring at least one received signal characteristic level for one or more signal characteristics during a defined time interval while the first device (120) and the docking station (120) are separated substantially by one of a particular distance and a range of distances; 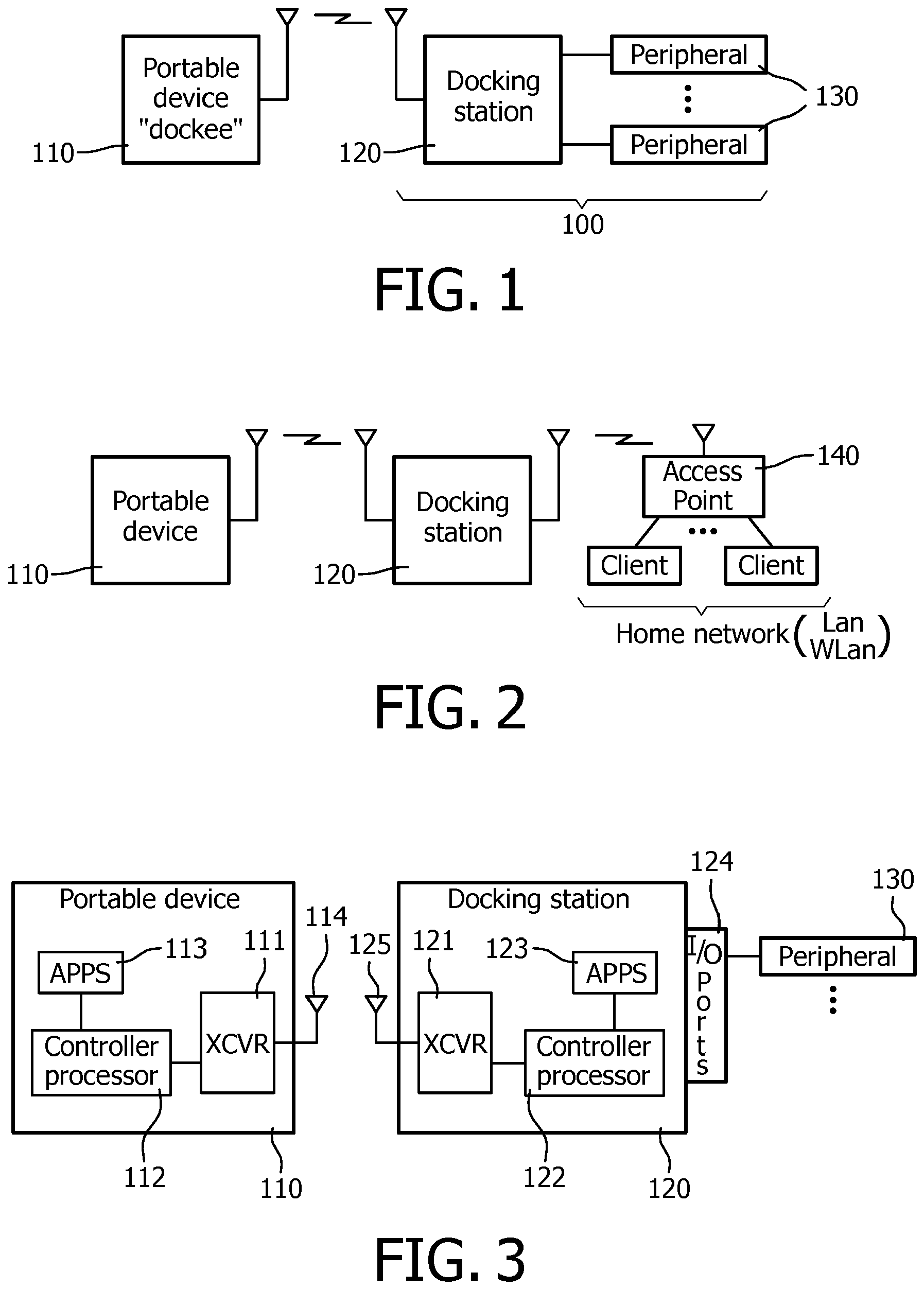 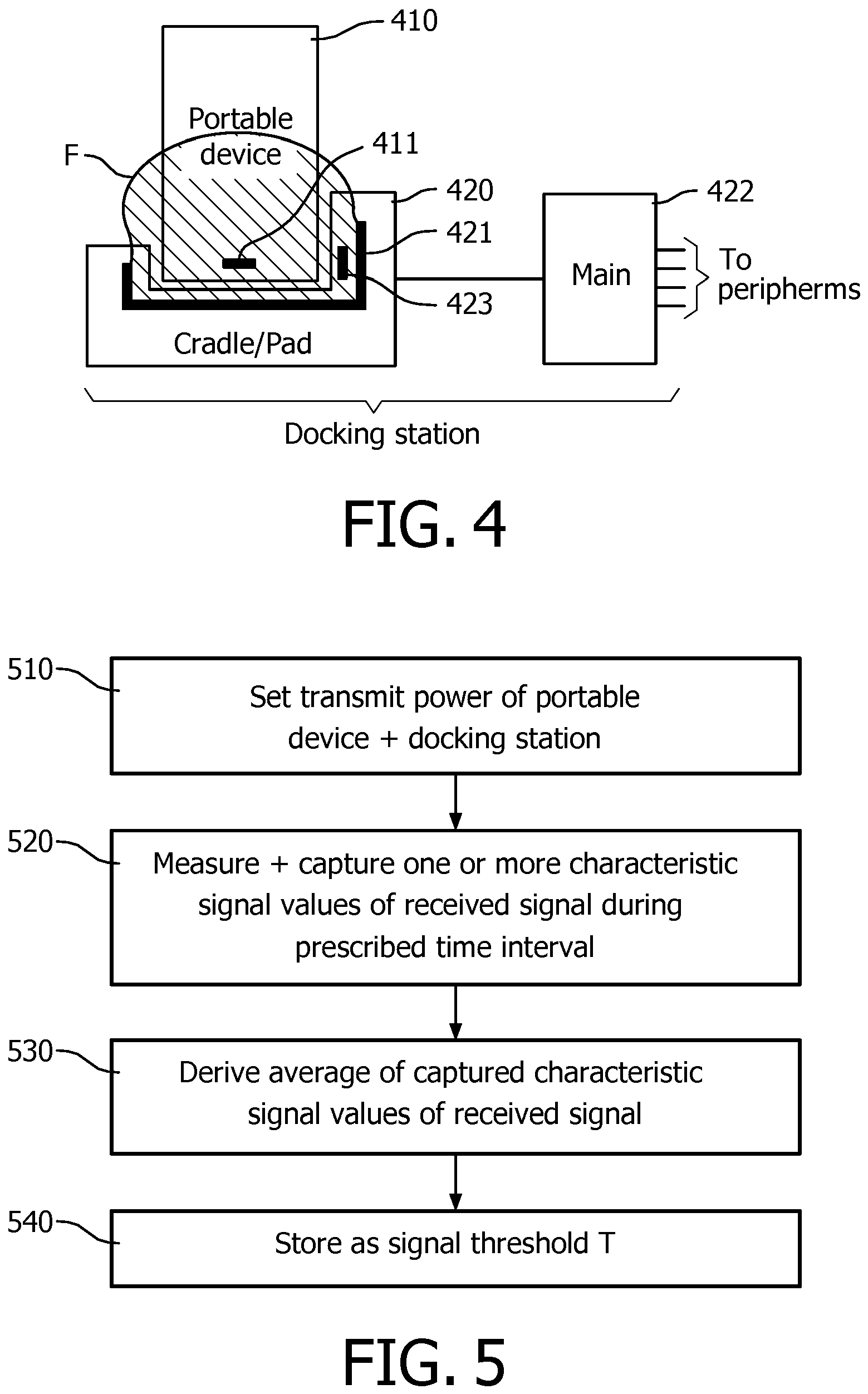 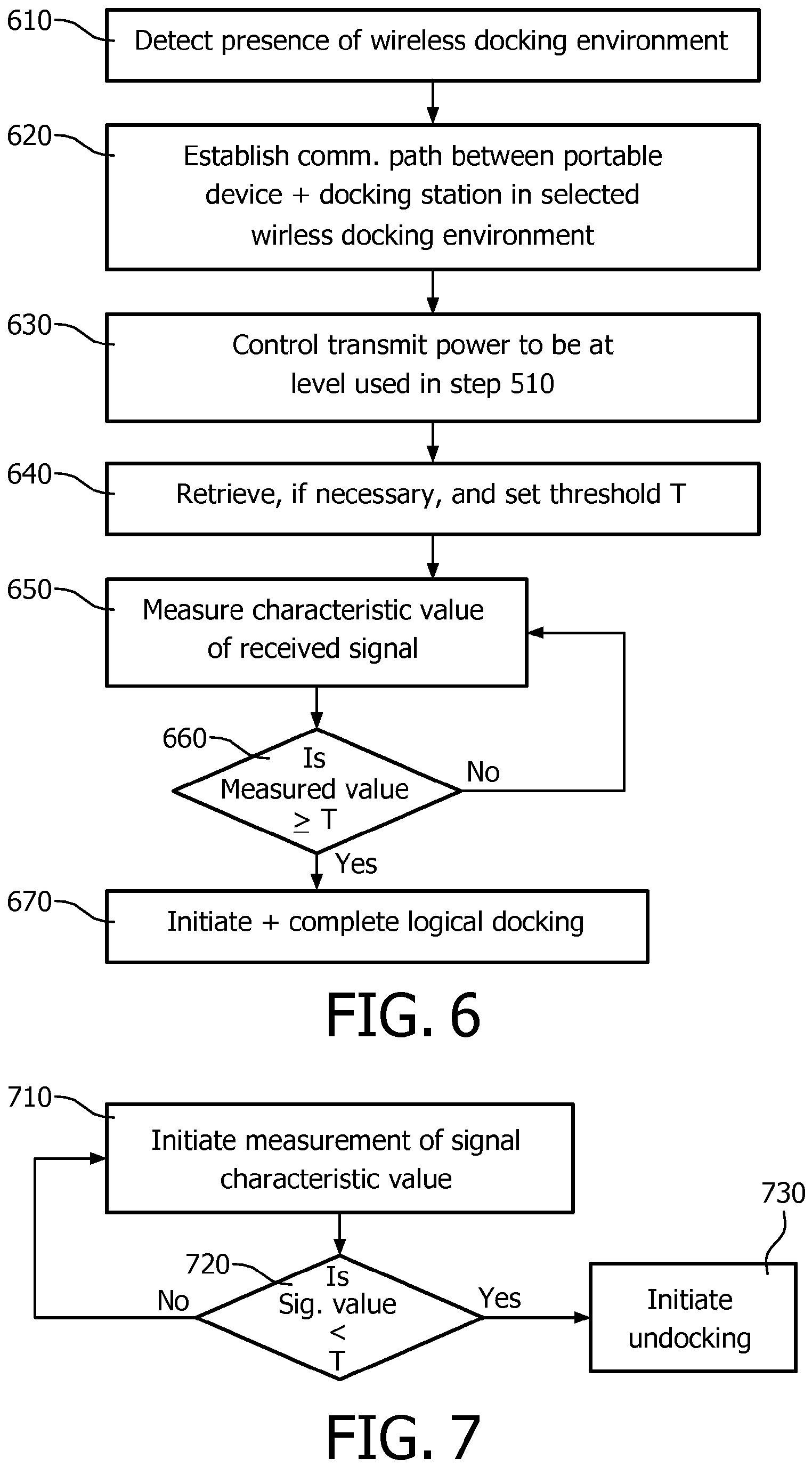