FIG. 1 is a schematic diagram of an exemplary embodiment of a hand-held CPR chest compression monitor;

FIG. 2 is a waveform diagram comparing measured and calculated signals caused by manual compressions of a simulated chest of a CPR recipient;

FIG 3. is a perspective view of an exemplary mechanical layout of a hand-held module for monitoring CPR chest compressions;

FIGS. 5-7 each show a rescuer administering CPR to a CPR recipient utilizing various embodiments of a CPR monitoring device according the present invention;

FIG. 9 is a flow chart of the process utilized by the chest compression monitor illustrated in FIG. 1 in order to convert a detected acceleration signal into a displacement value;

FIG. 10. is a schematic diagram illustrating a model of a system comprising a CPR recipient receiving CPR while an ECG monitor connected to the CPR recipient generates a measured ECG signal em;

FIG. 14 illustrates a mechanism provided in accordance with a specific aspect of the invention for identifying a system and using the identified system to produce a processed measured ECG signal which is processed to remove a CPR-induced artifact;

where θ equals the orientation angle, t equals the time step and w is the rotational rate output by a gyroscope.
[0055] Similarly, position is found with the transitional kinematic equation:

where x equals position, v equals velocity and a equals acceleration, output by an accelerometer.
[0056] Motion and position may be estimated with equations, (1) and (2). Alternatively, motion and position may be estimated using a Kalman filter state estimation algorithm. Once the time-dependent motions and positions of the system are estimated, a pattern recognition scheme such as a neural network, hidden Markov model, or matched filter may be performed with that motion data. The true vertical displacement xt may be estimated as a combination of one translational and two angular displacements x, theta1 and theta2. It is expected that within the expected angular deviation range of +/- 30 degrees from vertical a simple equation (3) will work:

1. A system for measuring and prompting chest compressions to facilitate the effective administration of cardiopulmonary resuscitation (CPR), said system comprising:

a converter for converting said acceleration signal into a distance value; and

2. The system according to claim 1, wherein said signaling mechanism comprises a comparator for comparing said distance value to a desired range.

3. The system according to claim 2, wherein the signaling mechanism comprises means for signaling directions regarding chest compression force and frequency in accordance with whether the value falls within the desired range of distance value.

4. The system according to claim 2 or 3, wherein said converter comprises an integrator converting said acceleration signal to a linear displacement value.

5. The system according to any one of the preceding claims, wherein said hand-held device comprises a rescuer hand receiving portion for directly receiving a downwardly acting force from a hand of the rescuer proximate to a point at which the rescuer is exerting force on the CPR recipient's chest during the administration of CPR.

6. The system according to claim 5, wherein said hand-held device further comprises a chest contact portion, said rescuer hand receiving portion translating said downwardly acting force from the hand of the rescuer to said chest contact portion which thereby exerts the translated force to the CPR recipient's chest during the administration of CPR.

7. The system according to any one of the preceding claims, wherein said signaling mechanism comprises an audible indicator, a vibrating mechanism, and/or a visual indicator.

8. The system according to any one of the preceding claims, wherein said hand-held device is configured to be positioned on the CPR recipient's chest and underneath a hand of the rescuer during the administration of CPR. 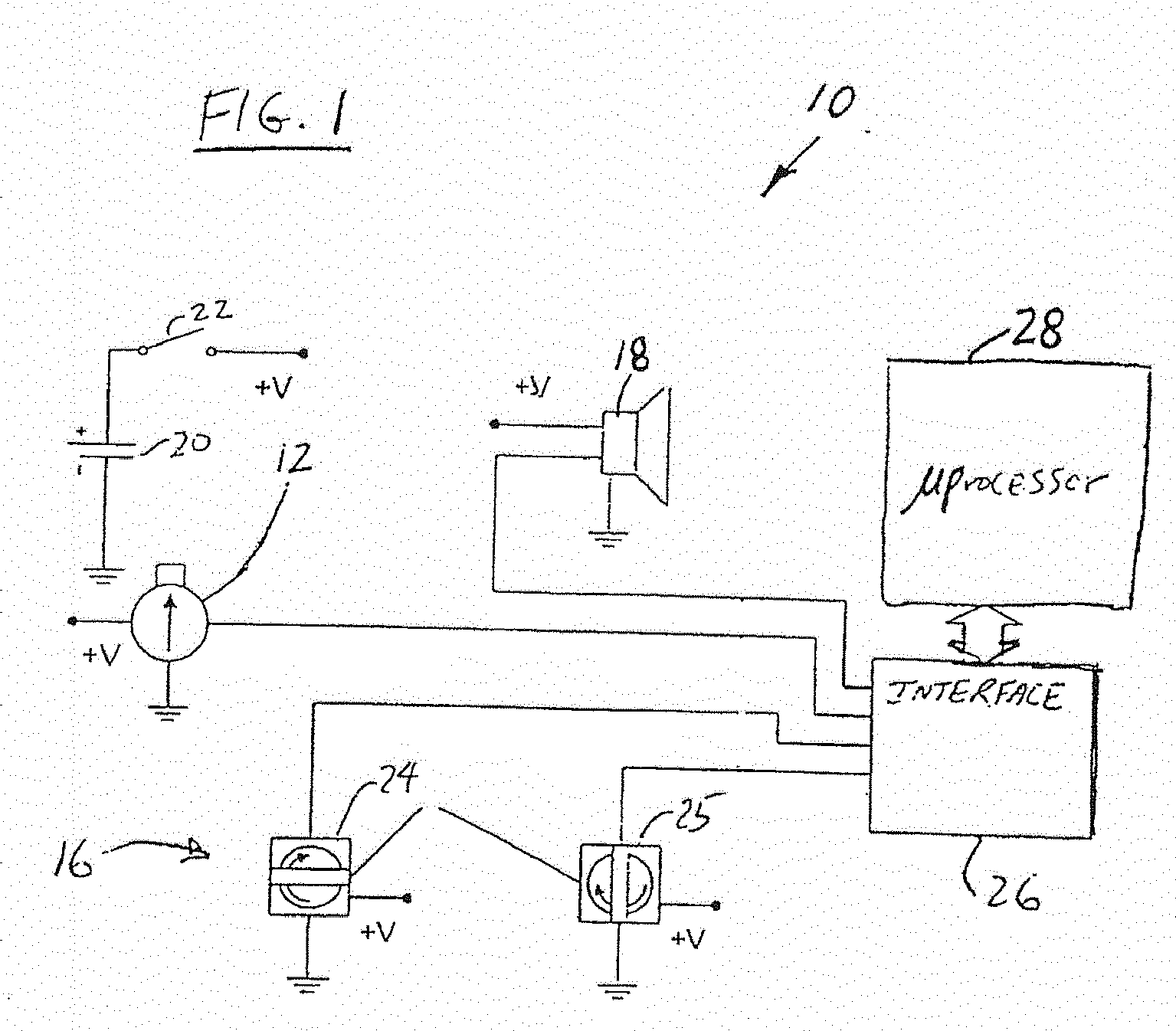 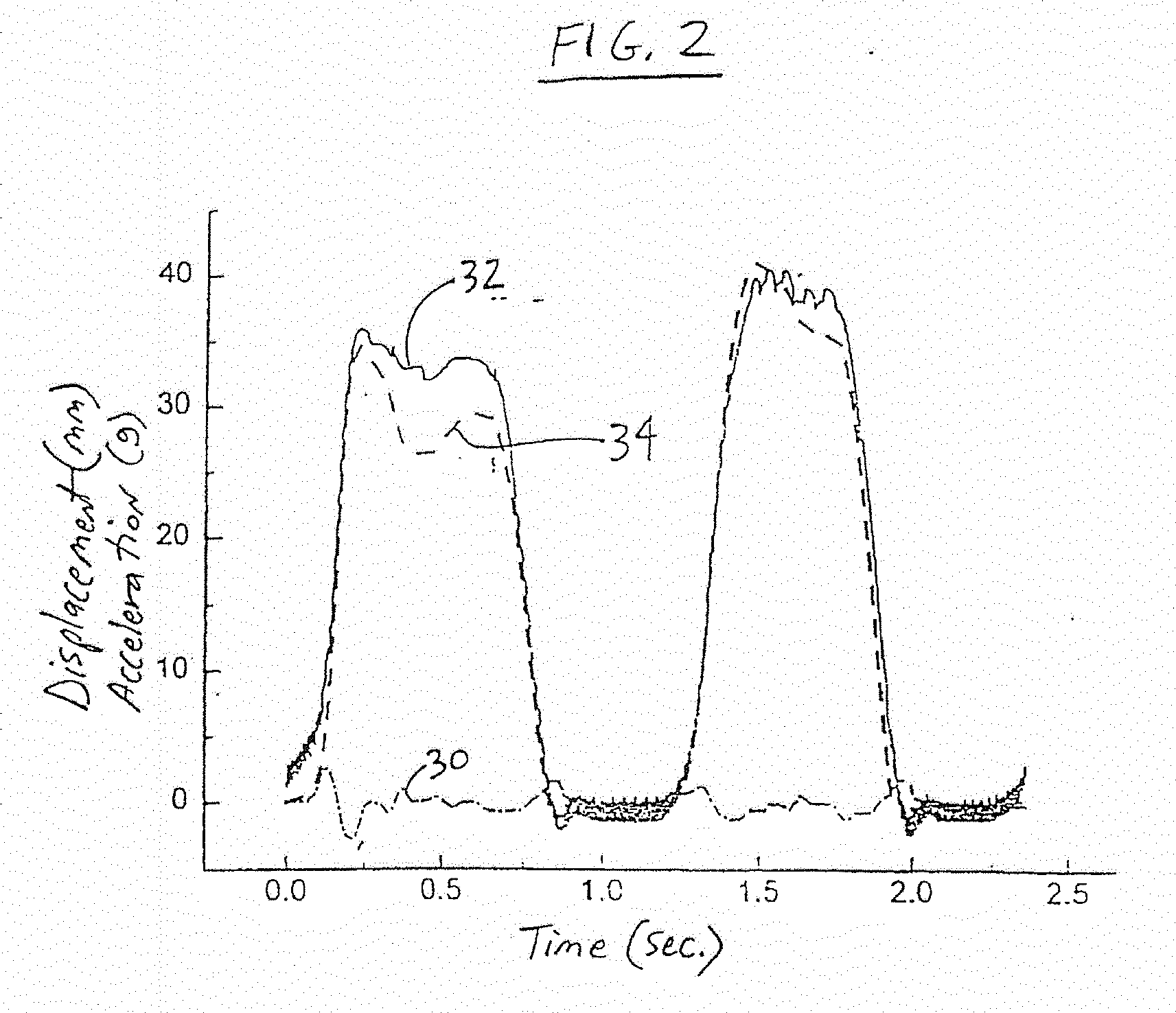 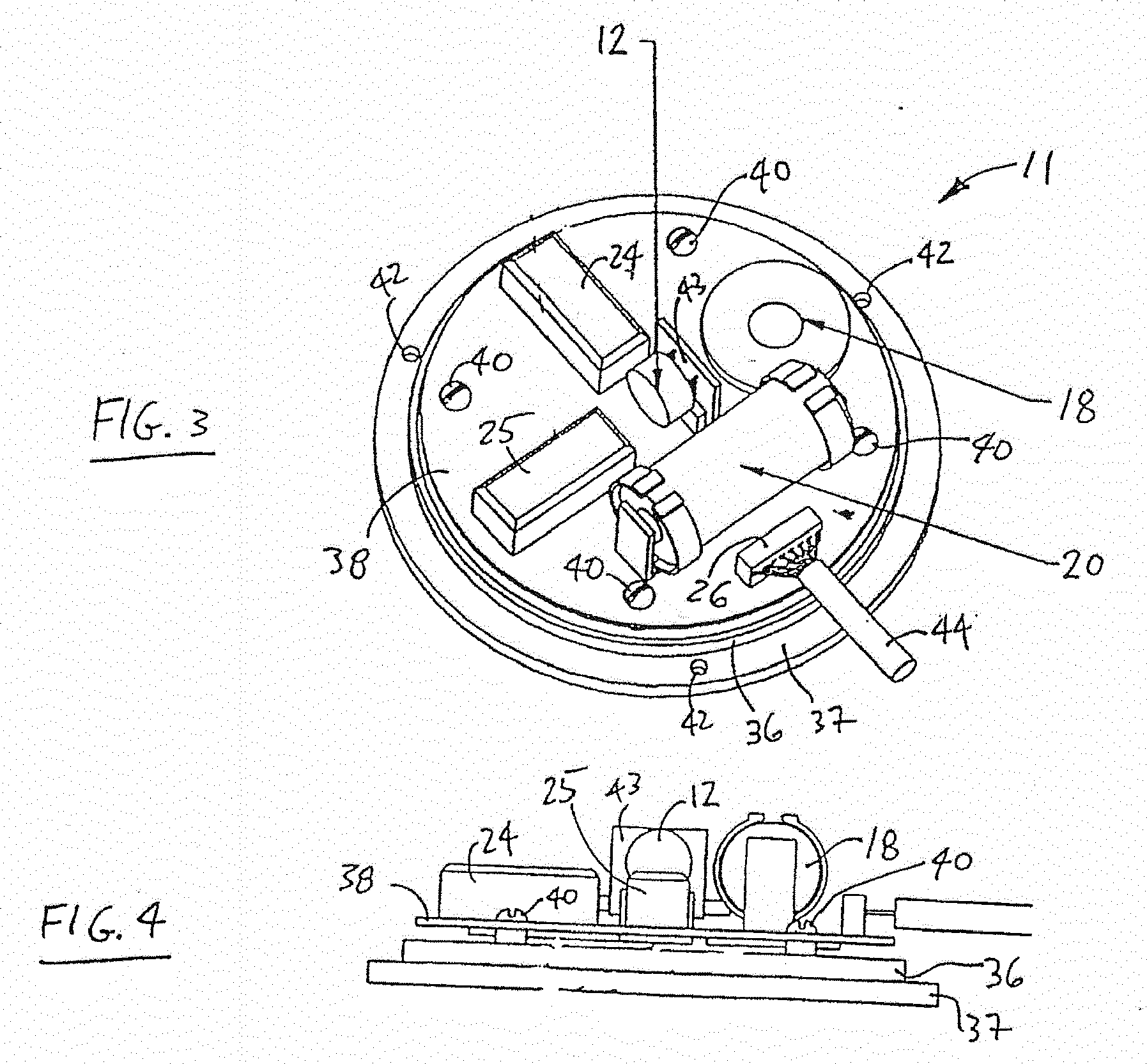 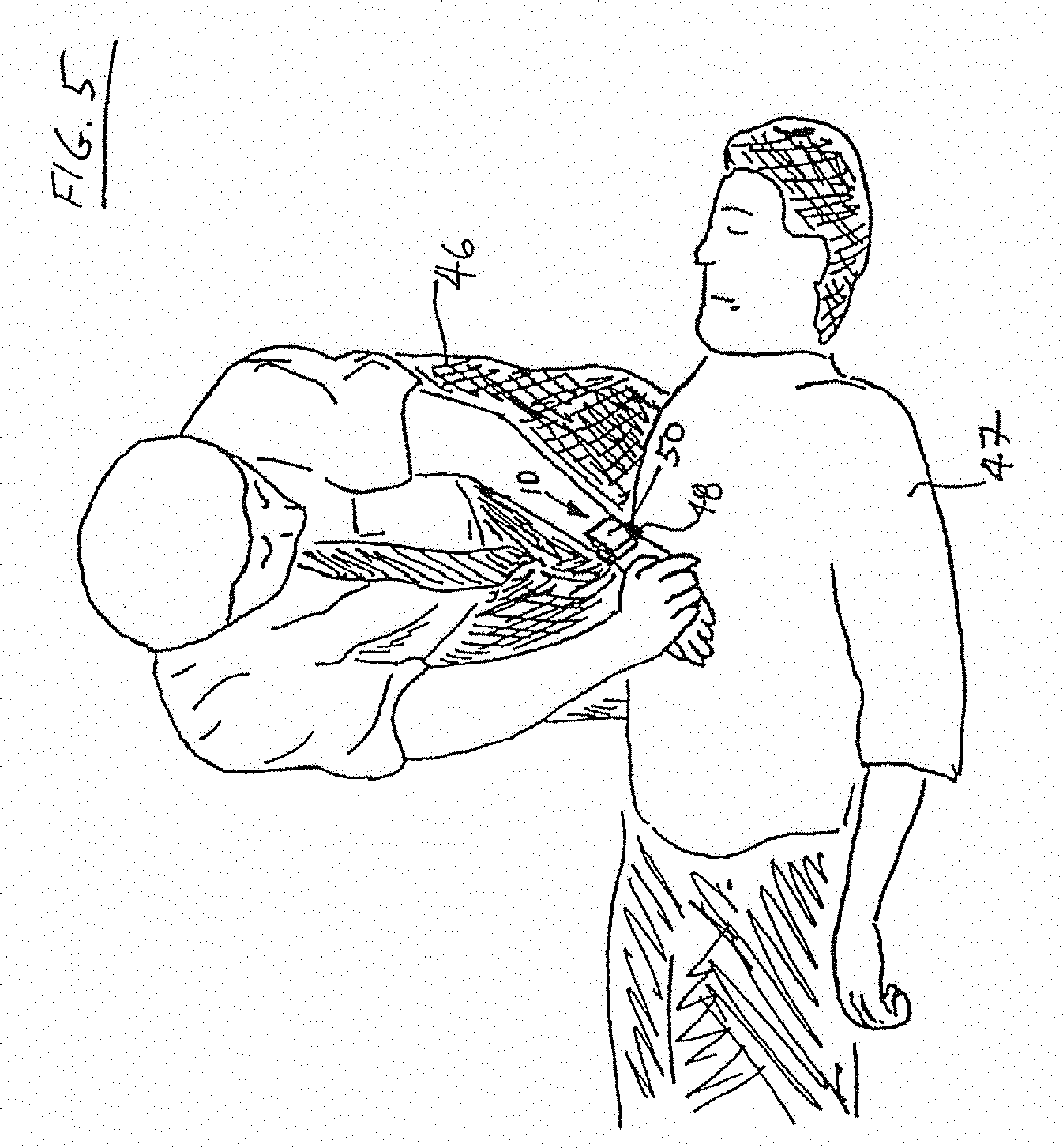 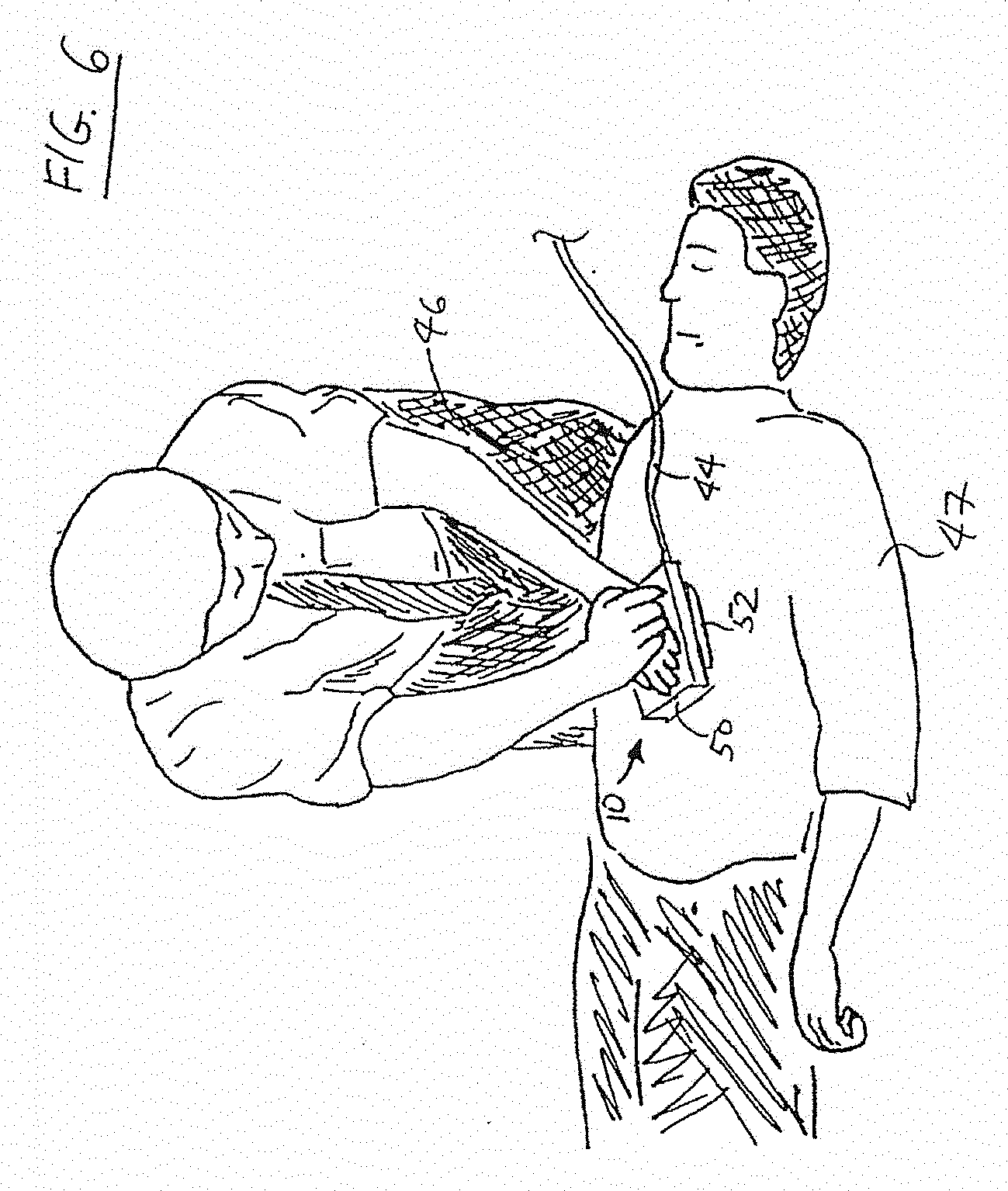 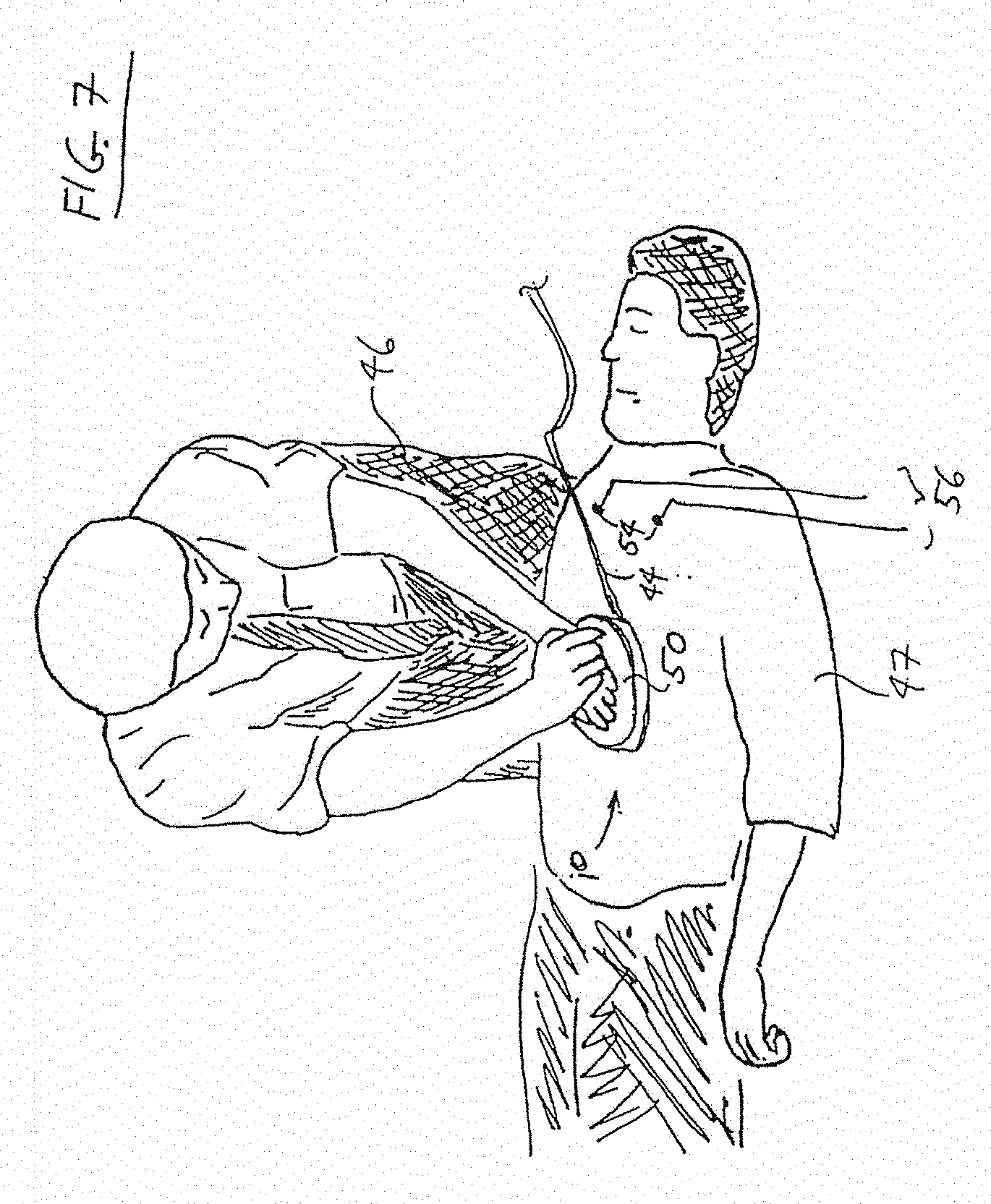 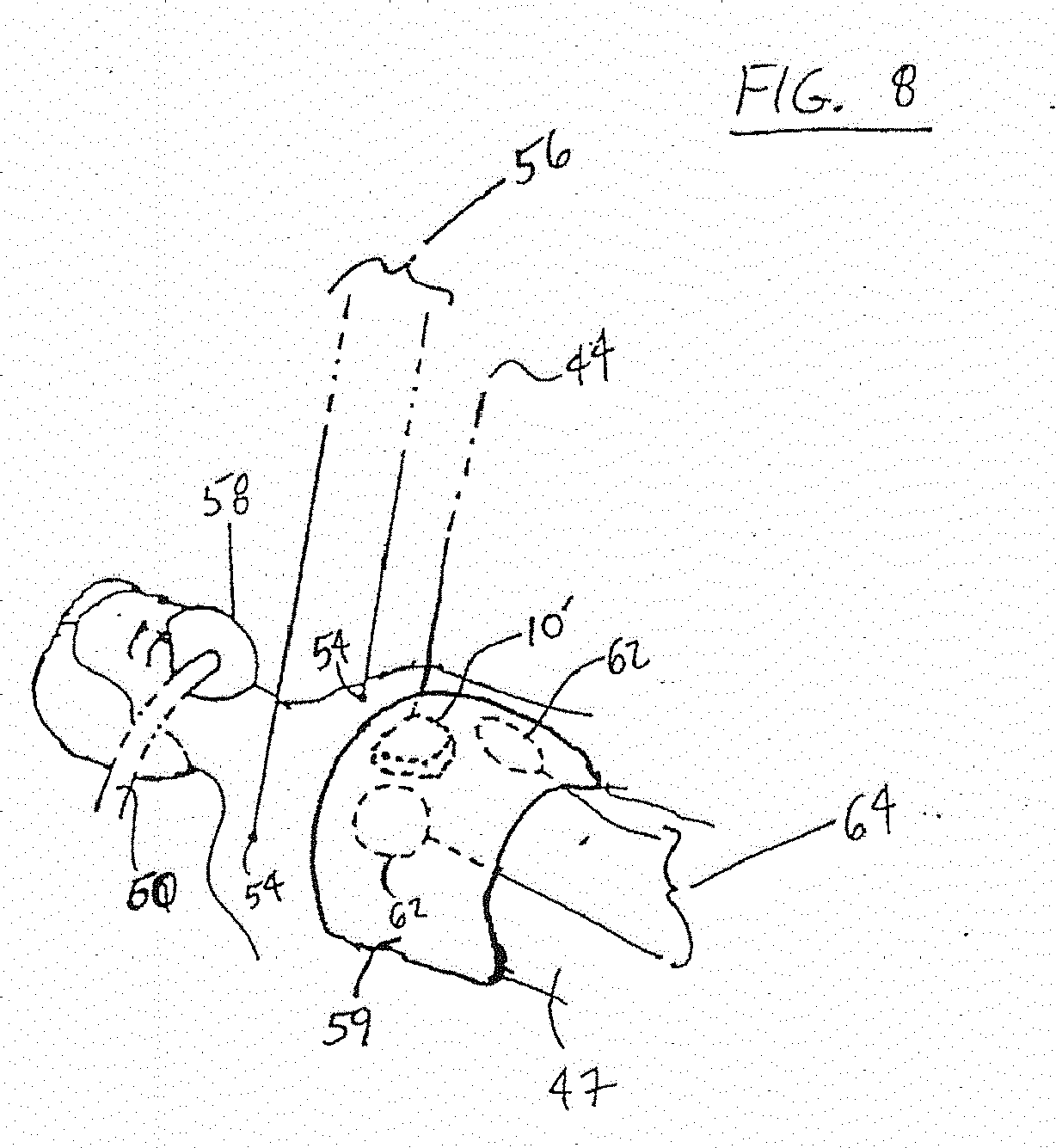 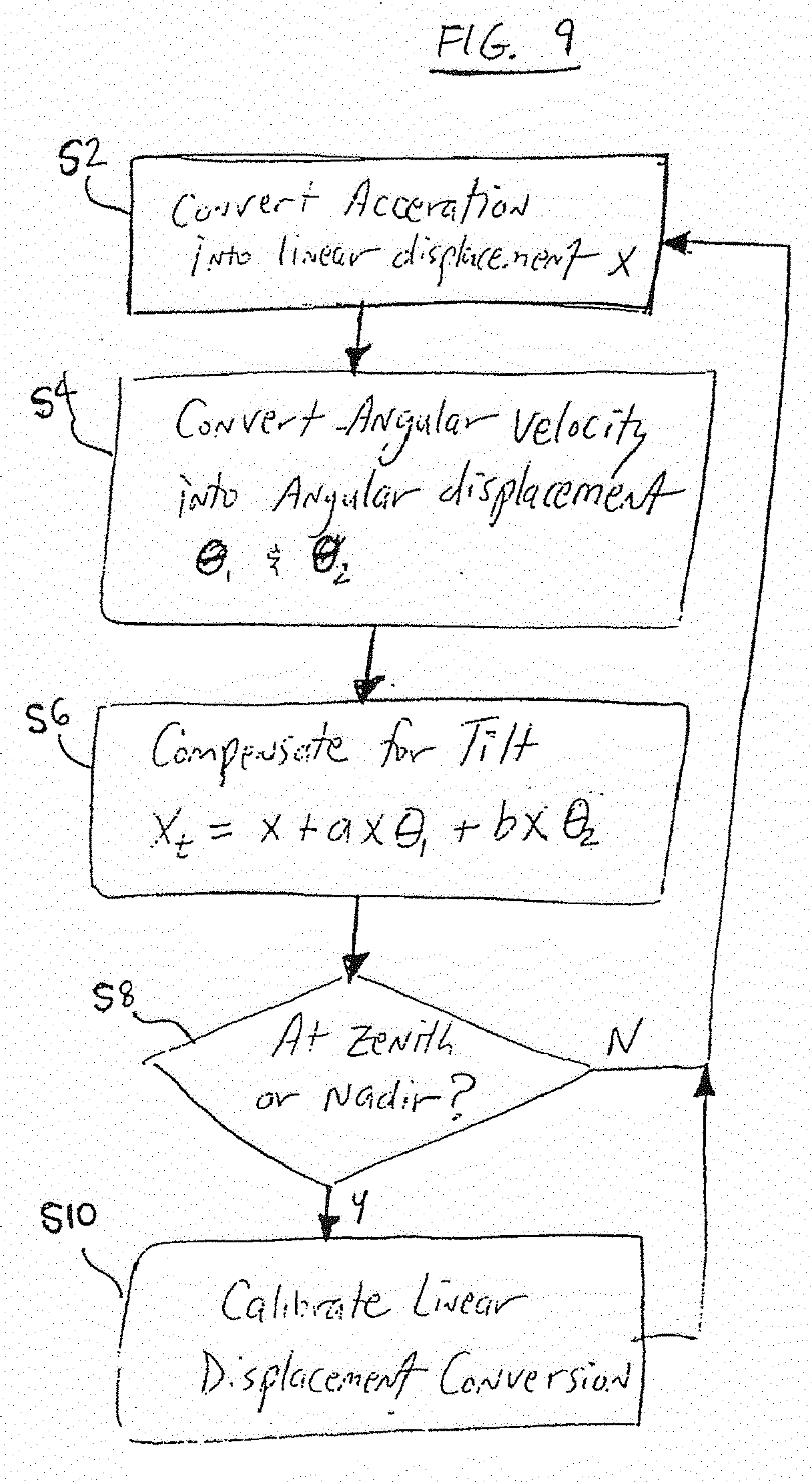 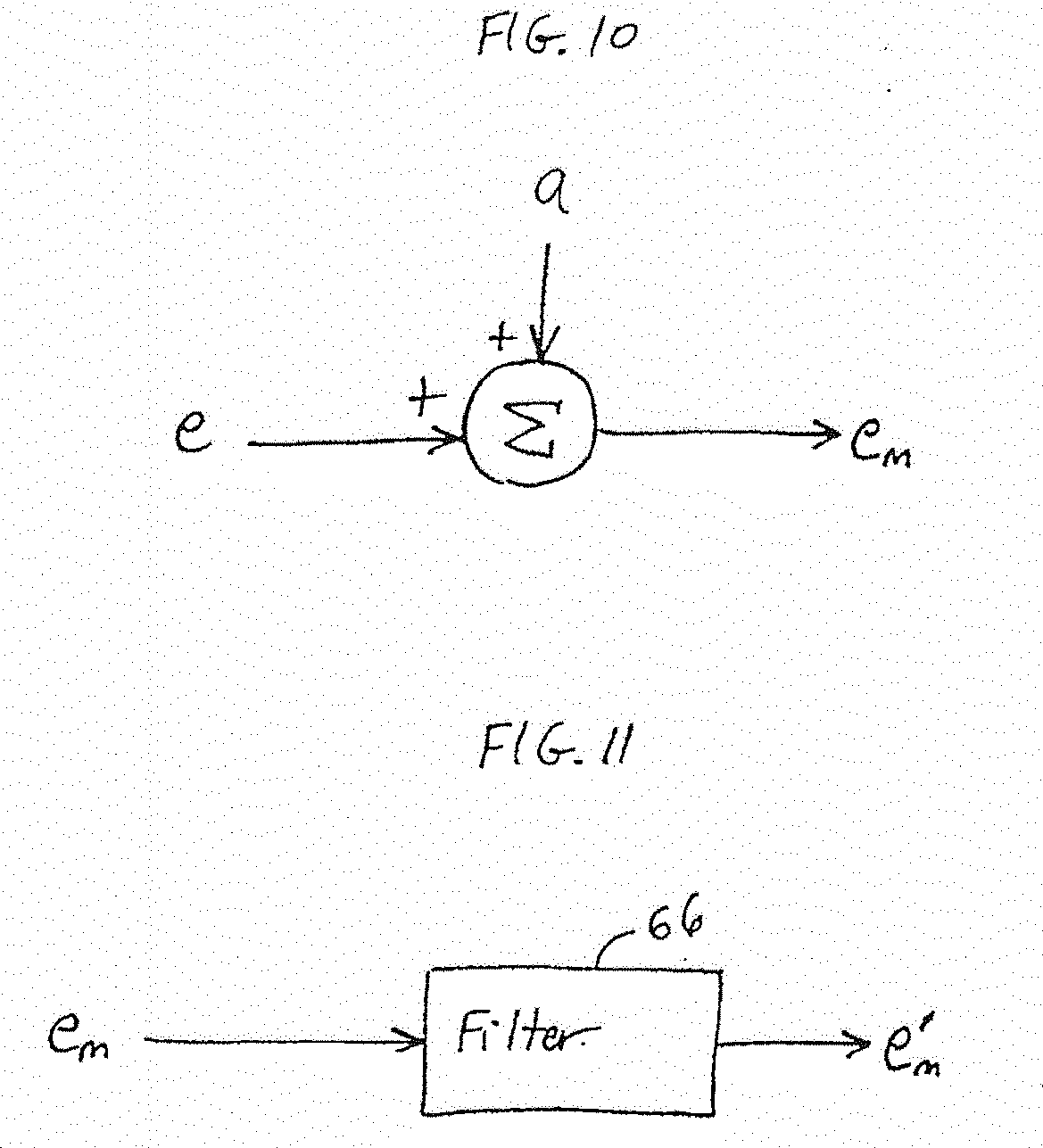 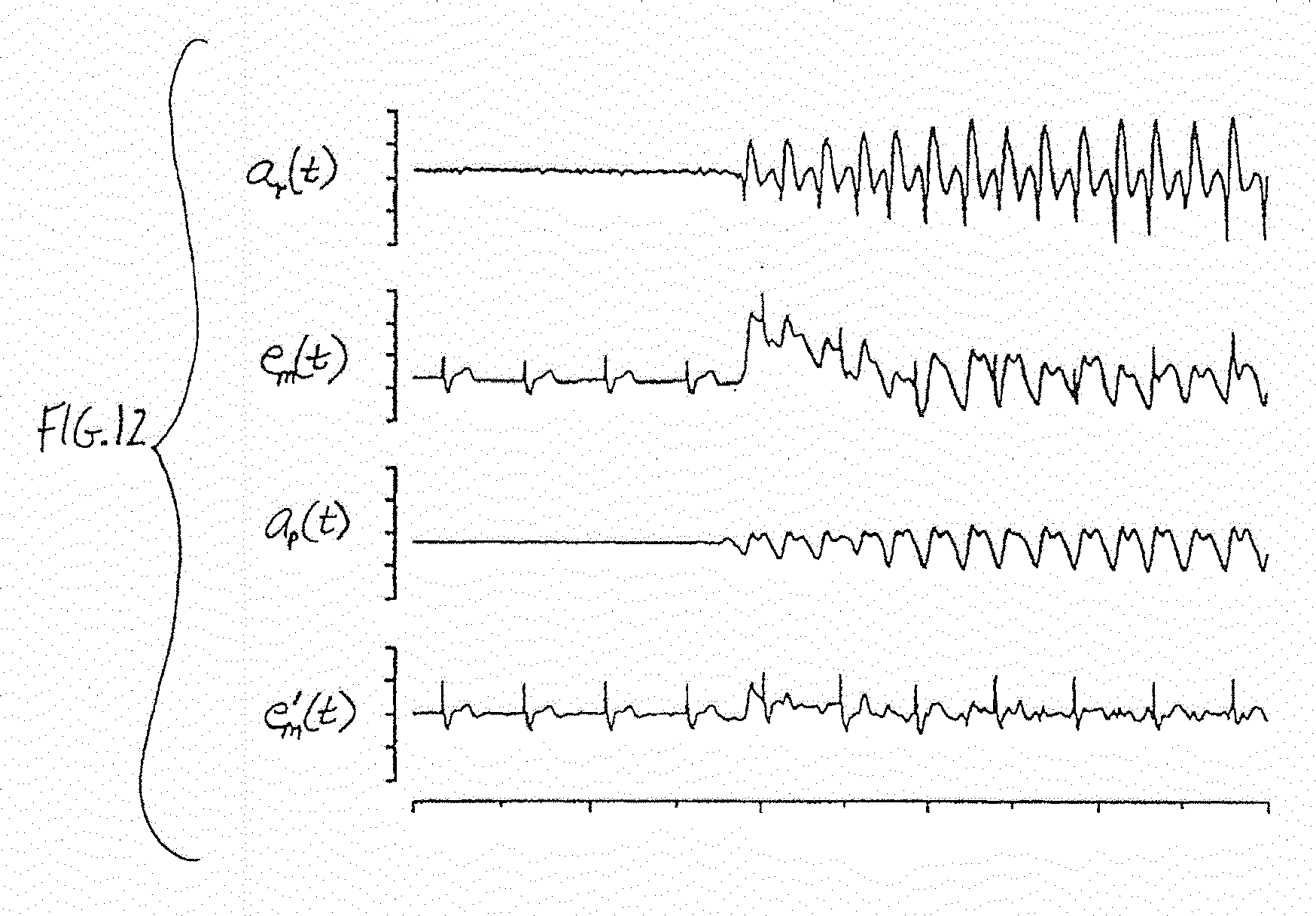 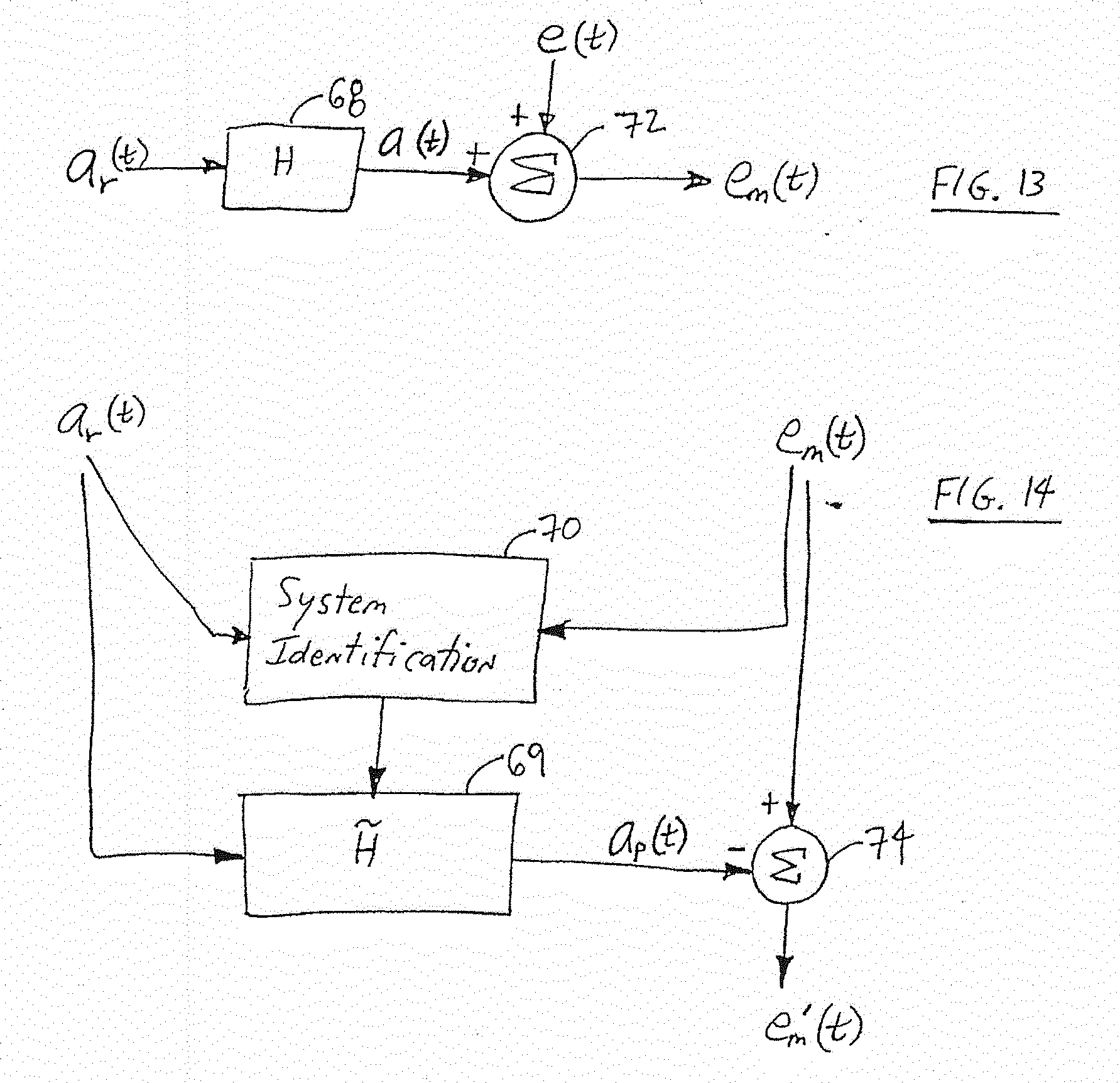 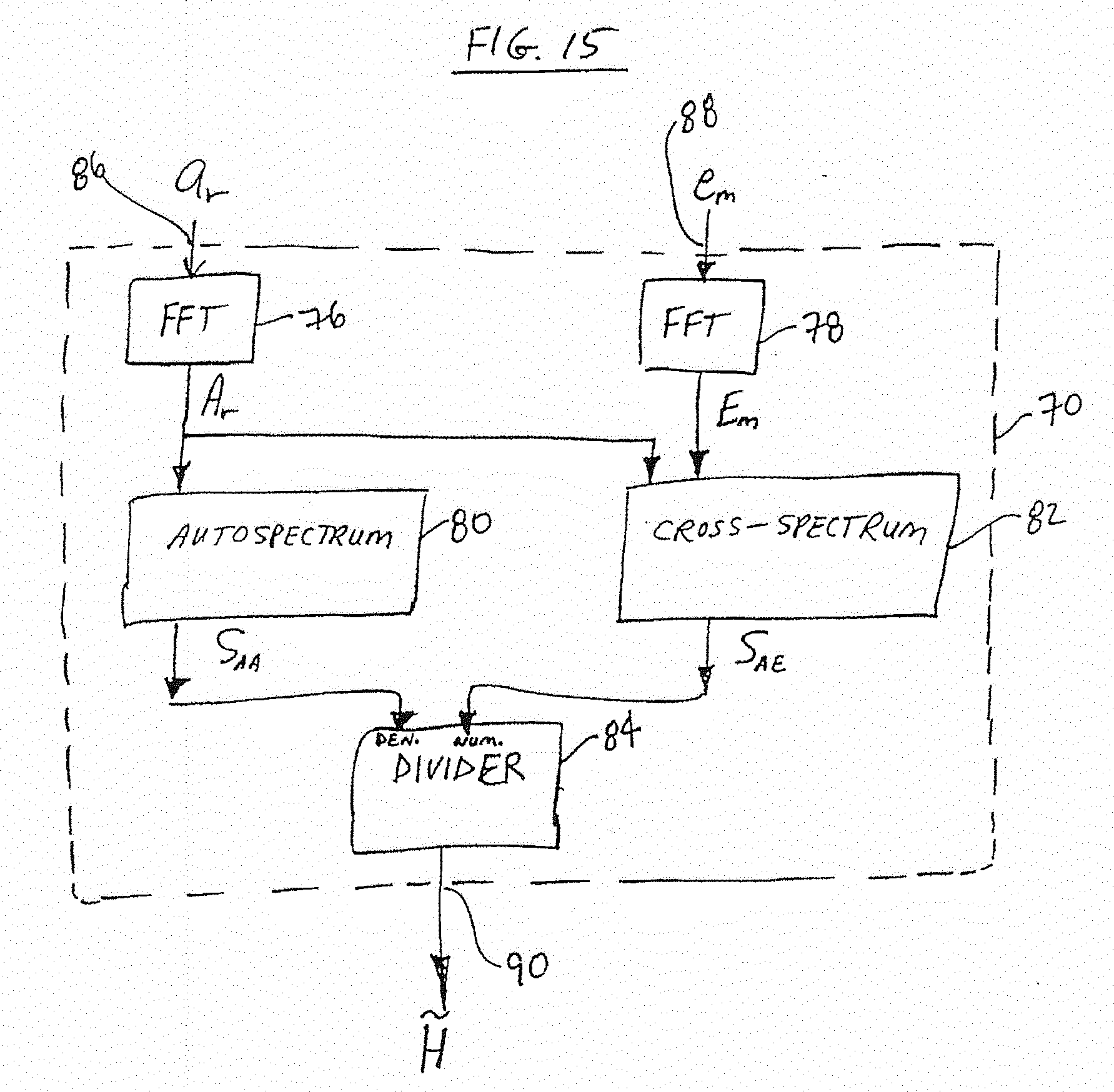 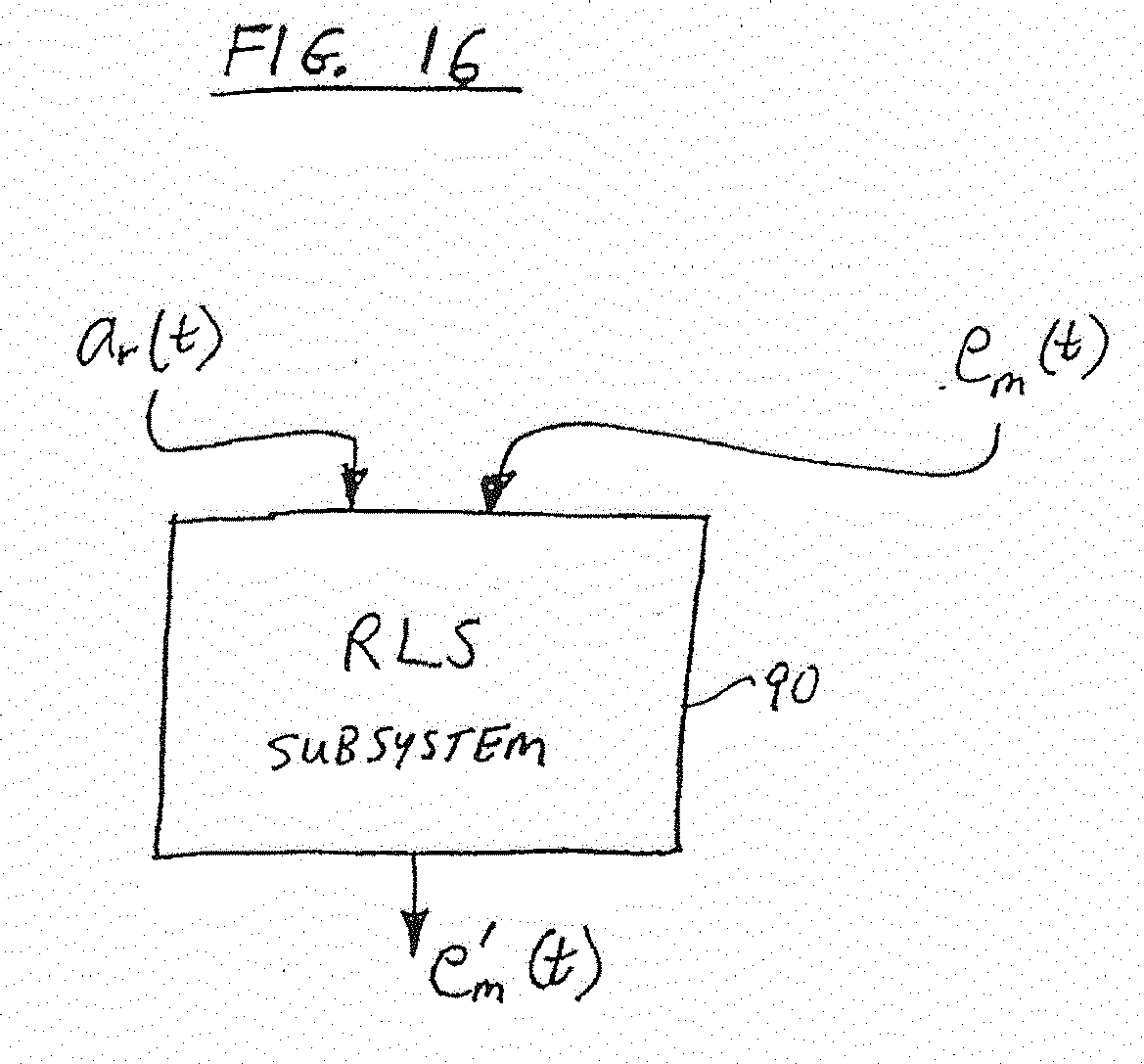 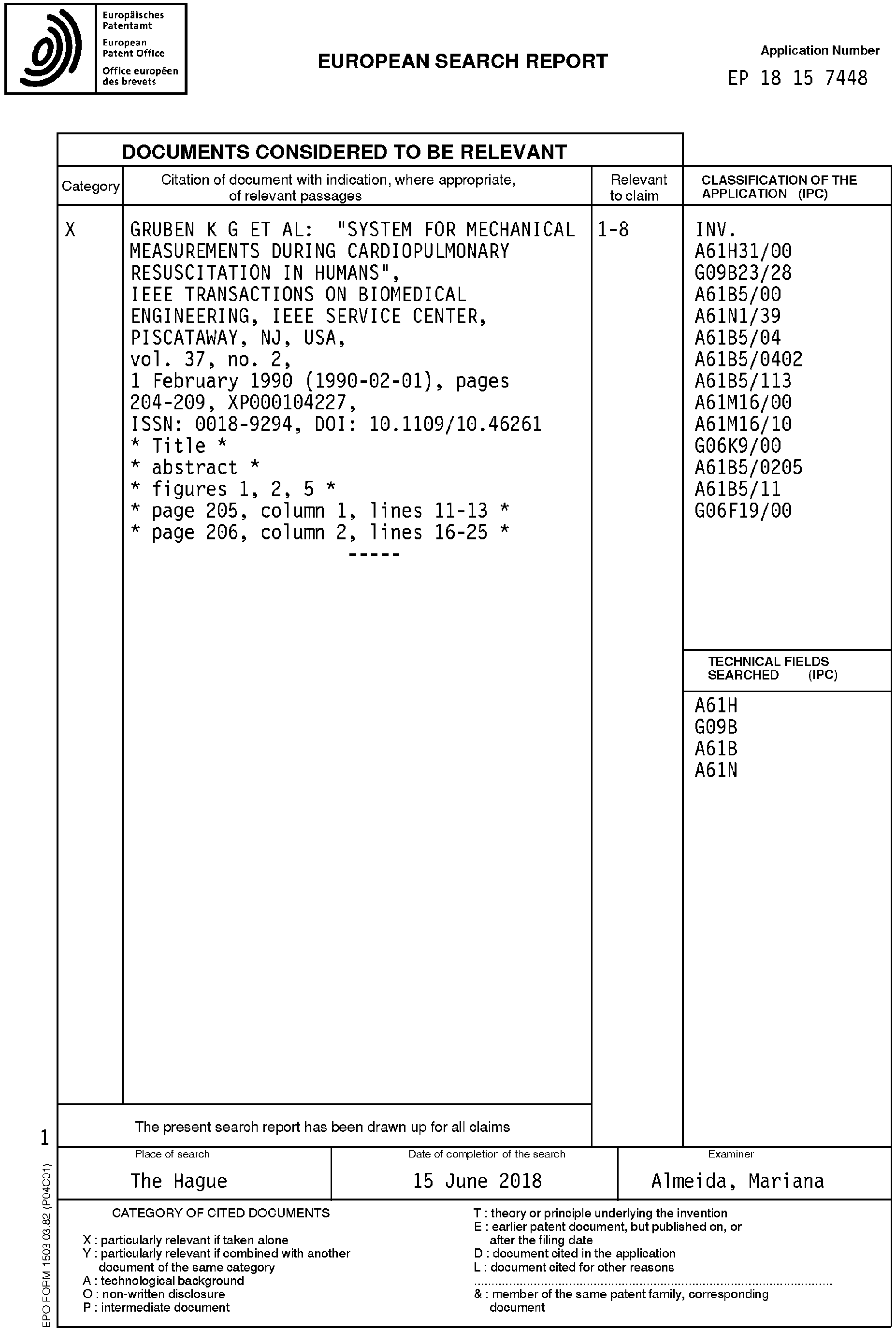