[0001] The present invention relates to fuel injectors used for spraying fuel into the combustion chamber in internal combustion engines, and relates to engine blocks whereon said injectors are placed.

BRIEF DESCRIPTION OF THE INVENTION

[0013] In Figure 1, a representative view of the subject matter engine block and of the fuel injector provided on said engine block is given.

THE DETAILED DESCRIPTION OF THE INVENTION

[0015] In this detailed description, the subject matter fuel injector (10) is explained with references to examples without forming any restrictive effect only in order to make the subject more understandable.
[0016] As can be seen in Figure 1, the subject matter fuel injector (10) comprises an injector body (20) wherein the valve elements (21) are positioned. There is at least one spray pipe (22) extending outwardly from said injector body (20). The tip of said spray pipe (22) is defined as a spray tip (23). There is at least one fuel channel (24) extending through the injector body (20) towards the spray tip (23). The fuel, which is transferred to the fuel channel (24) under the control of the valve elements (21) inside the injector body (20), advances along the spray pipe (22), and it passes through the spray tip (23), and it exits the fuel injector (10).
[0017] In order to provide reaching of the fuel, exiting the fuel injector (10), at the combustion chamber (32) formed inside the engine block (30), the fuel injector (10) is fixed to at least one opening (31) provided on the engine block (30). On the engine block (30), there is at least one channel (33) provided in the vicinity of the fuel injector (10). Said channel (33) at least partially surrounds the periphery of the fuel injector (10). The channel (33) is connected to the exhaust system (not illustrated in the figures) of the engine. In other words, the hot gases formed after combustion in the combustion chamber (32) can be transferred into the channel (33) when desired. Moreover, there is at least one temperature sensor (40) which measures the temperature of the critical region (50) defined between the spray pipe (22) and the wall of the opening (31) provided on the engine block (30). Said temperature sensor (40) transfers the measurement values to a control unit (60).
[0018] In said embodiment, the fuel, exiting the spray tip (23), reaches the combustion chamber (32). The gases formed after the explosions occurring in the combustion chamber (32) try to enter into the critical region (50) defined between the engine block (30) and the spray pipe (22). The gases, which enter between the spray pipe (22) and the engine block (30), condense in cases where the engine operates under low load and cools, and said gases may lead to corrosion in the critical region (50). In order to prevent said corrosion, the hot exhaust gases formed in the combustion chamber (32) are transferred into the channels (33), and the periphery of the critical region (50) is heated. Thus, condensation and thereby corrosion are prevented. The control unit (60) can provide transfer of the hot gases into the channel (33) depending on the measured temperature value. In an alternative embodiment, the control unit (60) checks the amount of load applied to the motor, and it can provide transfer of hot exhaust gases to the channel (33) in case of low loads. By means of said embodiment, the critical region (50) is heated without needing additional energy, and thereby corrosion is prevented.
[0019] The protection scope of the present invention is set forth in the annexed Claims and cannot be restricted to the illustrative disclosures given above, under the detailed description. It is because a person skilled in the relevant art can obviously produce similar embodiments under the light of the foregoing disclosures, without departing from the main principles of the present invention. The scope of the invention is defined by the appended claims. 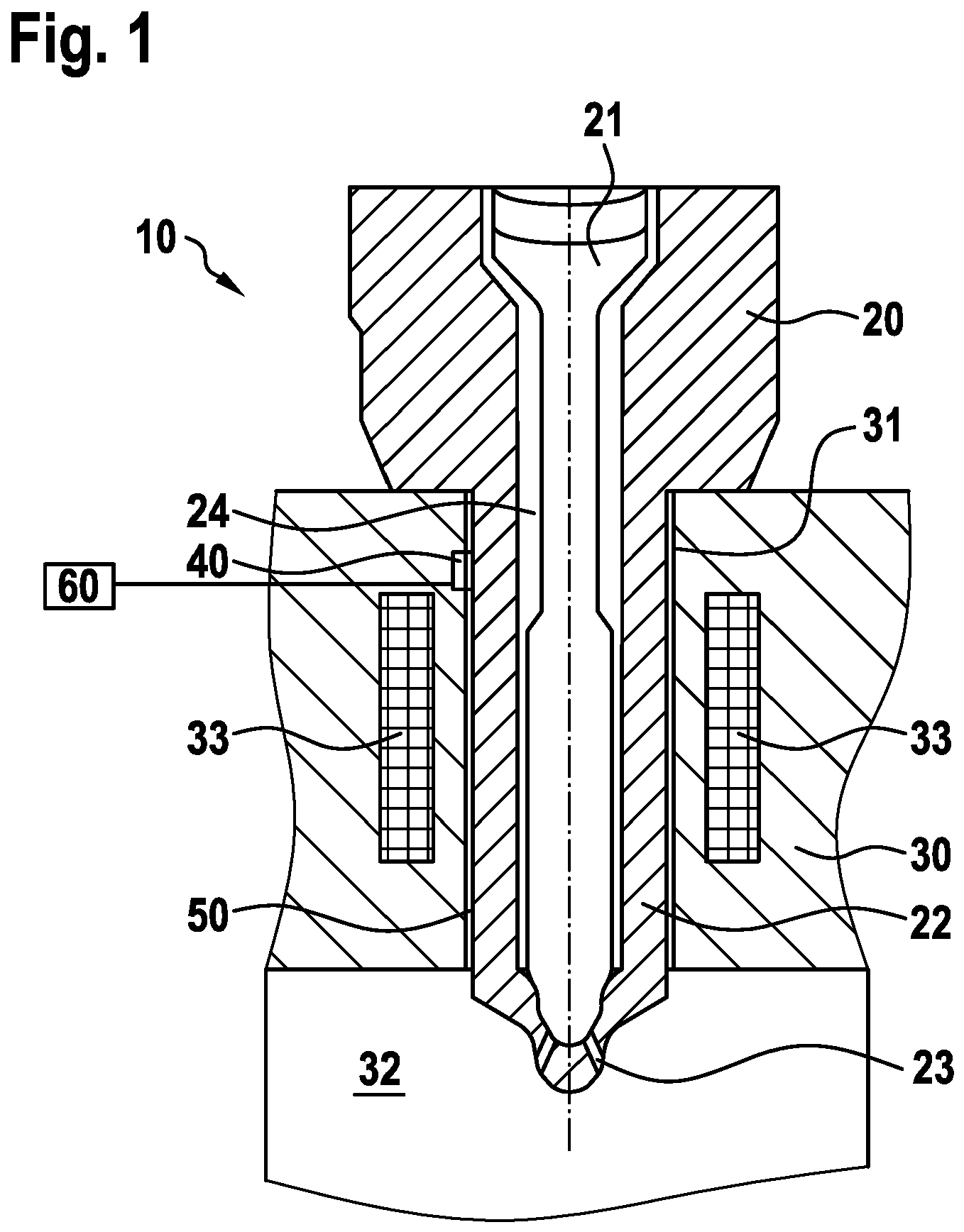