[0002] Tractor-mounted implements for use in agricultural field operations have a working width which varies from machine to machine. When working a field area a tractor and implement combination is driven along a working path which is typically chosen to avoid working areas multiple times whilst ensuring that the entire area is covered. Therefore, it is commonly desirable to align the working edge of the implement as close as is practically possible to the edge of a previously-worked area. Misalignment can result in either overlap or, generally considered worse, missed (unworked) areas.
[0003] Alignment of the implement is particularly difficult when there is a significant lateral offset between the working edge of the implement and the track of the tractor because the driver is unable to use the latter directly to judge the lateral position of the implement.
[0004] Visibility of the implement extremities is often obscured by pillars or the driver's cab or by wide fenders for example, especially in the case of rear-mounted implements. Even when the implement is fully visible from the cab, the driver is frequently turning around to check the alignment of the working edge of the attached implement with the edge of a previously-worked, or unharvested, area. This is uncomfortable for the driver and presents an ergonomic deficiency.
[0005] Various attempts to ease these problems are known. For instance, some implements are fitted with marking devices which leave a mark on, or in, the ground which provides steering assistance for a following pass. In one example, seed drills and planters are known to include a coulter arranged to leave a mark in the form of a groove in the soil at a predetermined distance outside of the working width. The predetermined distance is such that the driver, on a subsequent pass, can simply align one front wheel with the groove resulting in alignment of the implement working edge with the edge of the previously-worked area. Such marker systems are not so easily implemented on implements that do not disturb the soil, for example hay tools.
[0006] Automatic steering systems are also well known in which the steering of the tractor is controlled automatically to ensure alignment of the implement. In one example of such, the tractor is fitted with a GPS receiver and the steering is based upon a sensed position and path plan. In another example, the tractor or implement is fitted with a sensing device which detects the edge of an unharvested area or a previously-worked area, and the steering is controlled based upon the sensed edge. US-6,095,254 discloses a such a system.
[0007] Whilst relieving the driver of the burden to continuously ensure alignment of the implement, automatic steering systems are expensive and are not generally installed on smaller and/or low-spec tractors.
[0008] There remains a desire to provide a steering assistance system which is suitable for a wide range of implements and without the added cost of high-tech automatic steering systems.

[0009] In accordance with an aspect of the invention there is provided a steering assistance system comprising a combination of an agricultural tractor and an attached implement having a working width which defines a working edge, and a laser mounted to the combination and being configured to project a visual representation of an extrapolated path of the working edge forward of the implement with respect to a working direction.
[0010] The visual representation serves as an optical extrapolation of the working width to assist the driver by showing where the working edge of the implement will pass if continuing on the current forward trajectory. The representation may be in the form of an illuminated line or area beamed by the laser.
[0011] The invention offers several benefits. Firstly, the projected representation allows the driver to align the implement without the need to frequently turn around thus making the working conditions more ergonomically friendly. Secondly, steering guidance is provided without the need for expensive automatic steering systems. Thirdly, the inventive system is suitable for non-ground working implements such as hay tools, sprayers and spreaders for example. In the invention's simplest form a laser can be simply mounted to the tractor or the implement and in a manner that can also be retrofitted.
[0012] The laser can be mounted to either the tractor or the implement.
[0013] The laser may be mounted so as to be adjustable either manually or remotely. When mounted to the tractor the laser may be automatically adjusted according to the working width and lateral offset of the attached implement.
[0014] In a first, simple, embodiment the laser is mounted to the implement. The laser may be fixed in position to project a beam forwardly of the implement with respect to a forward direction of travel, the beam corresponding to an extrapolated working edge of the implement. Two lasers may be provided to project respective working edges of the implement.
[0015] In a second embodiment the laser is mounted to the tractor by a mounting device which comprises a first portion fixed to the tractor, a second portion to which the laser is fixed, electrical actuation means configured to adjust a relative angular positon between the first and second portions, and an electronic control unit that is in communication with the electrical actuation means. The angular direction of the laser may be adjustable by user commands via a user input device or automatically in response to a signal that is representative of the working width and/or of a lateral displacement between the implement and the tractor.
[0016] The laser may be selectively powered in one of a night time mode and a daytime mode, wherein the laser is dimmed for the night time mode.
[0017] The invention lends itself well to many types of agricultural tractor/implement combinations. For example, the system may be implemented in conjunction with mowers, hay rakes, tedders, sprayers, tillage tools, or seeding equipment.

Figure 1 is a schematic plan view of a tractor and mower combination having a steering assistance system in accordance with a first embodiment of the invention;

Figure 2 is a plan view of the tractor and mower combination of Figure 1 shown during operation in a field;

Figure 3 is a schematic plan view of a tractor and mower combination having a steering assistance system in accordance with a second embodiment of the invention and shown during operation in a field;

Figure 4 is a schematic side elevation of a laser mounted to a cab roof of the tractor shown in Figure 3; and,

Figure 5 is a block diagram showing constituent parts of a steering assistance system in accordance with an embodiment of the invention.

[0019] In the drawings like characters of reference indicate corresponding parts in the different figures and embodiments. Relative terms such as front, rear, longitudinal and transverse will be made with reference to the forward direction of travel of a tractor and implement combination.

DETAILED DESCRIPTION OF SPECIFIC EMBODIMENTS OF THE INVENTION 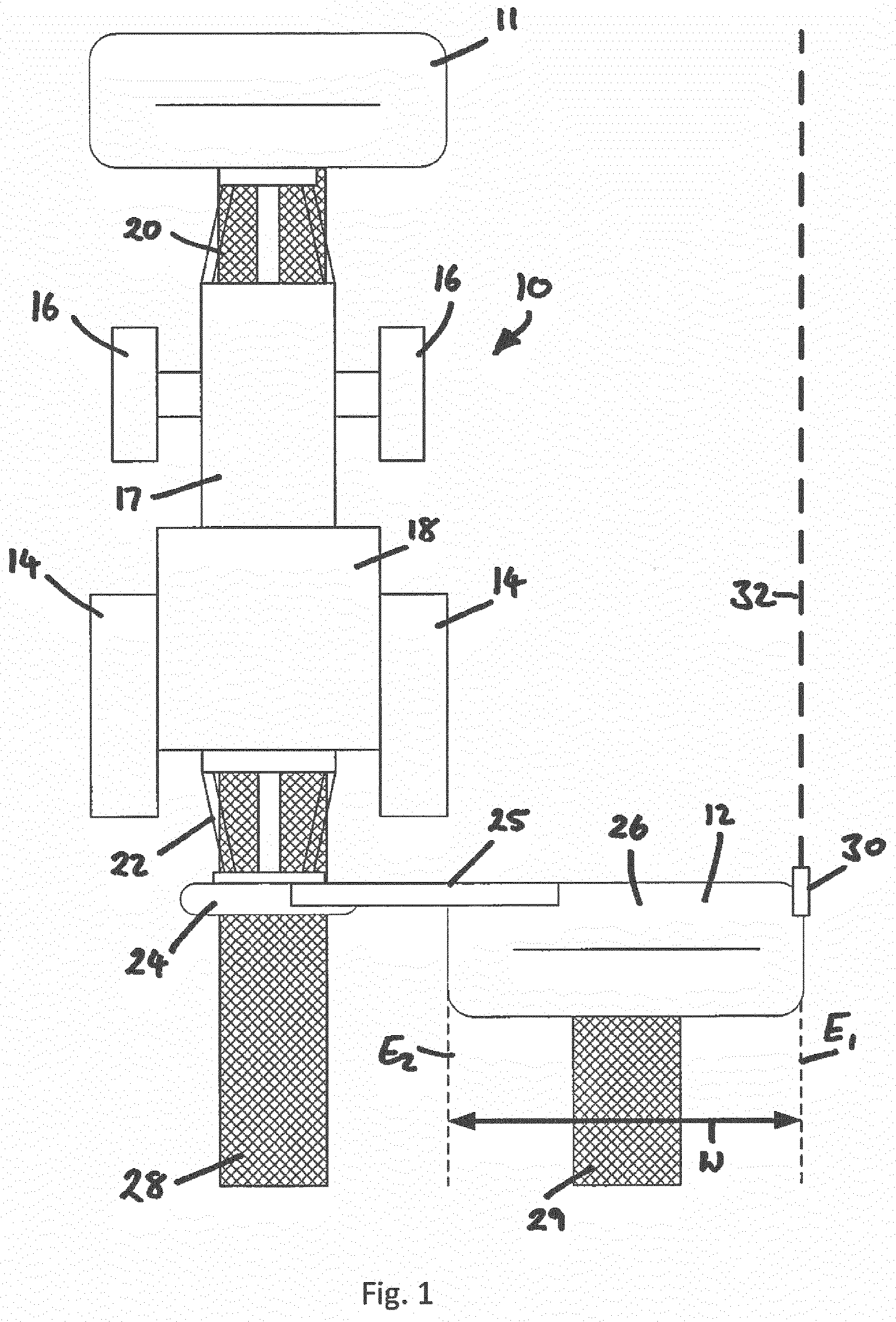 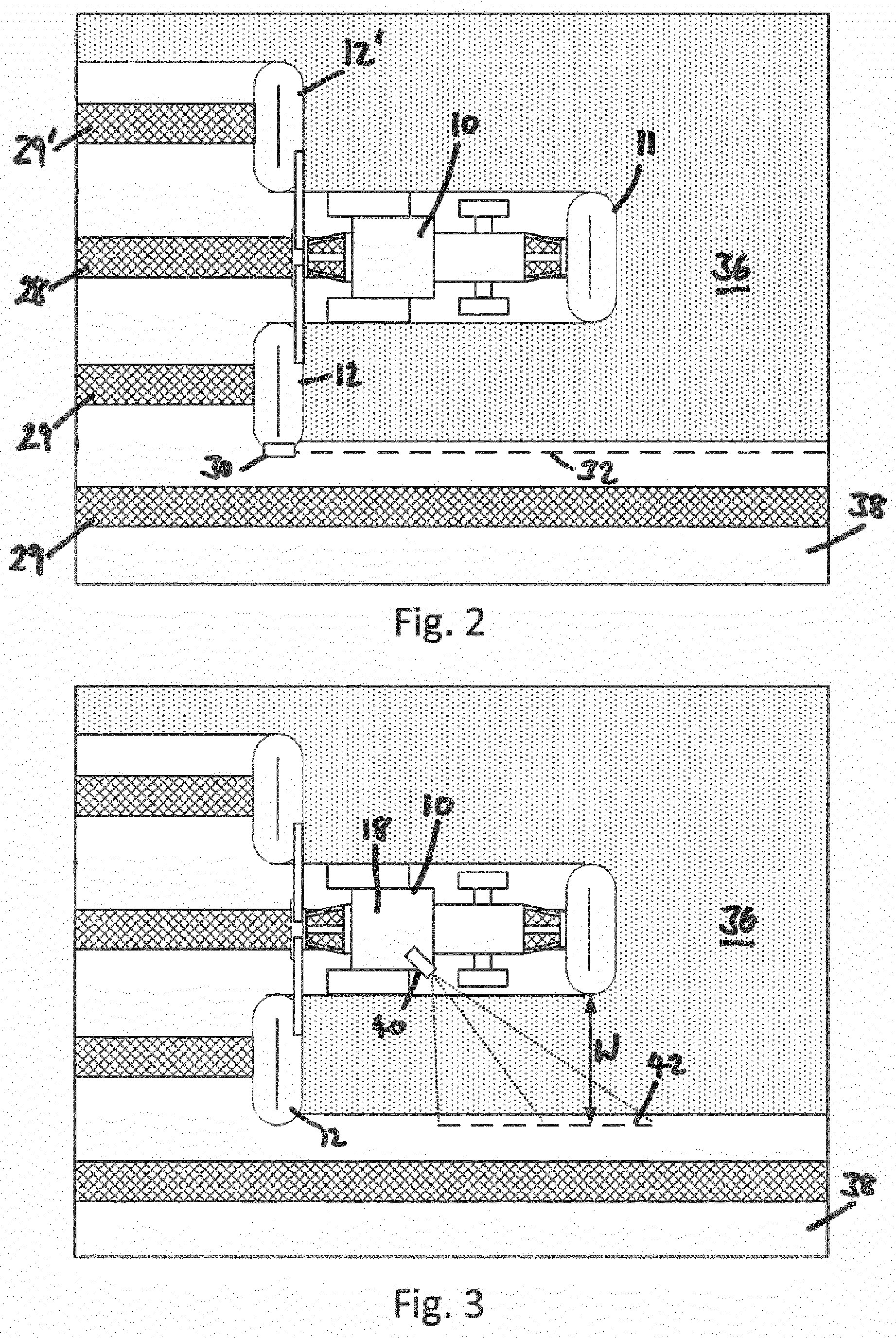 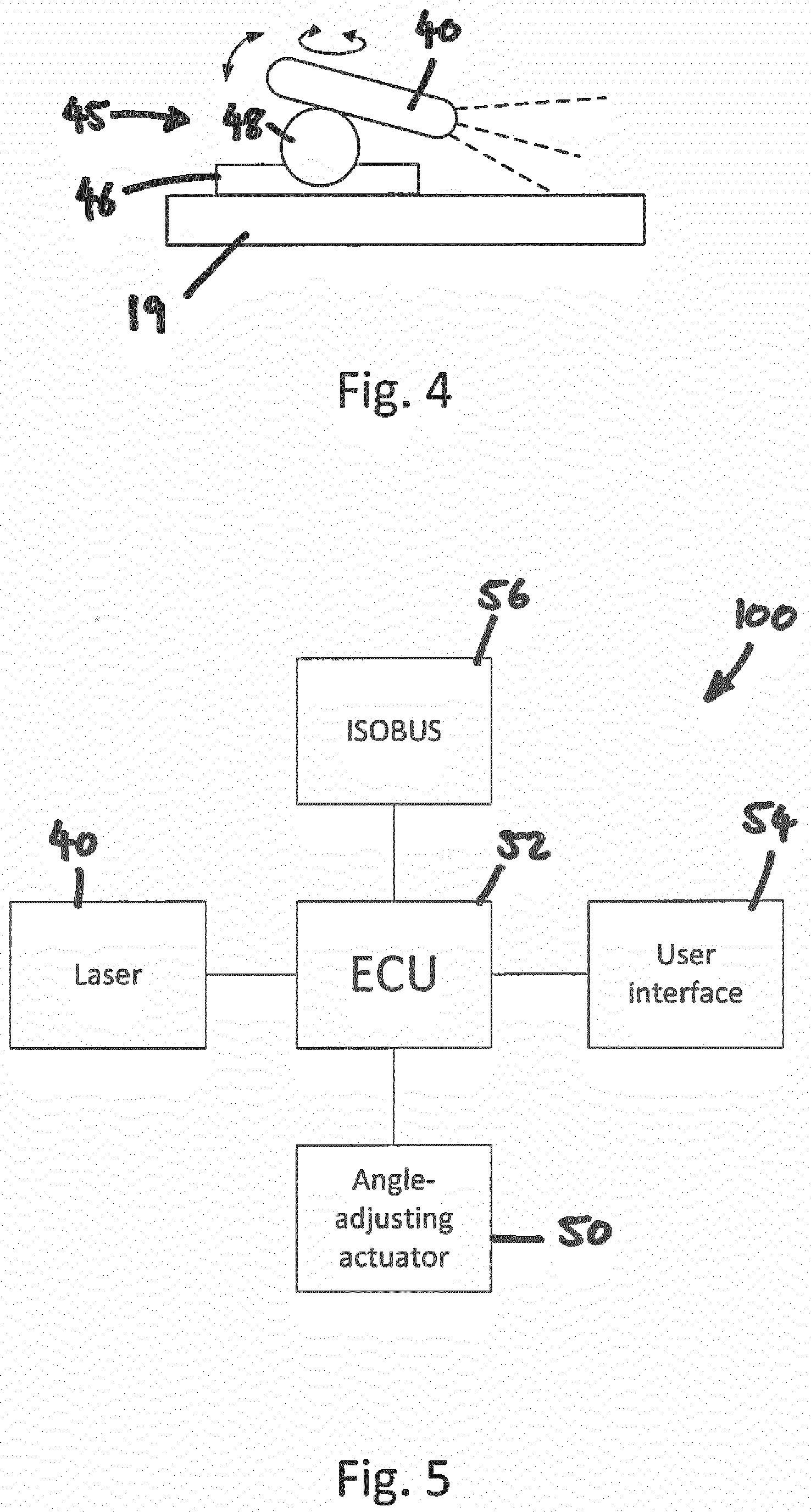 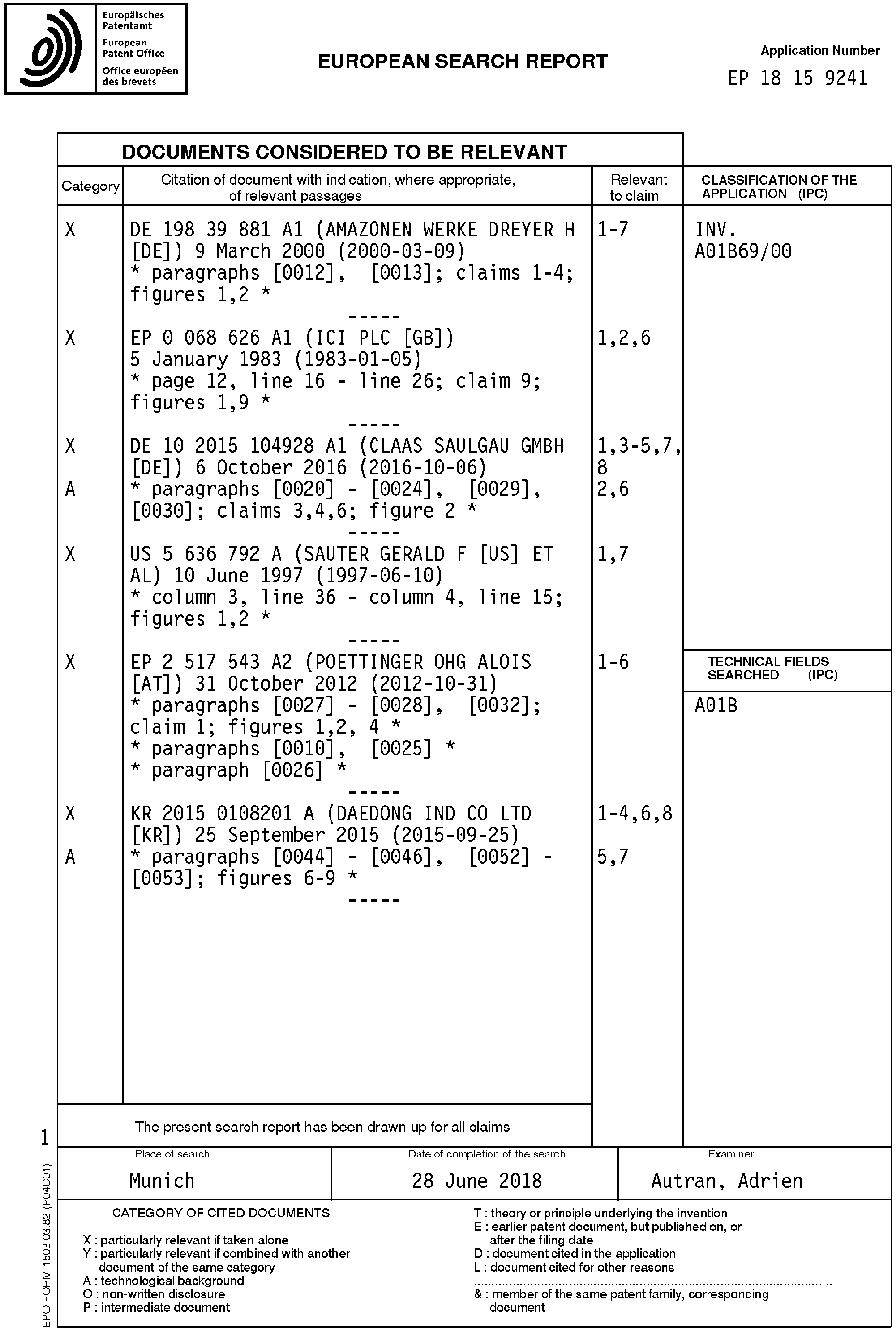 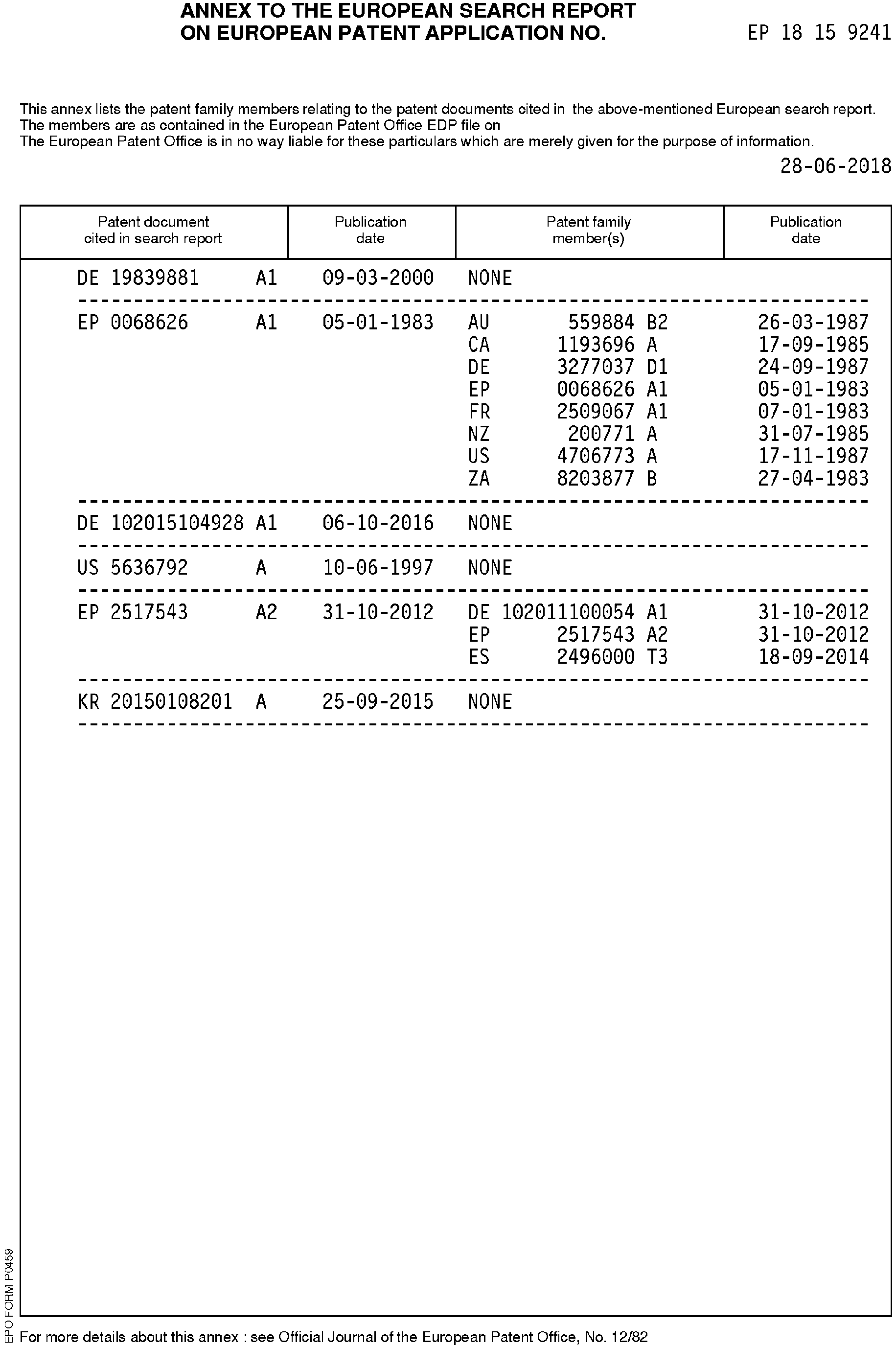