Figure 1 is an enlarged plan view of a strip of planar material bearing electronic devices forming a yarn or filament fibre made according to the invention;

Figure 2, also not to scale, is a plan view of a sheet of material bearing electronic devices according to the invention;

Figure 3 illustrates a procedure for mounting electronic devices and conductive interconnects on a planar material in accordance with the invention;

Figure 4 illustrates a procedure for incorporating a strip in a composite yarn of the kind described in our International Application;

Figure 5 shows a planar support material drawn from a roll through a mounting and cutting station in a method according to the invention; and

Figure 6 shows a variation of the method shown in Figure 5 in which the support material bearing the devices is rewound on a second roll. 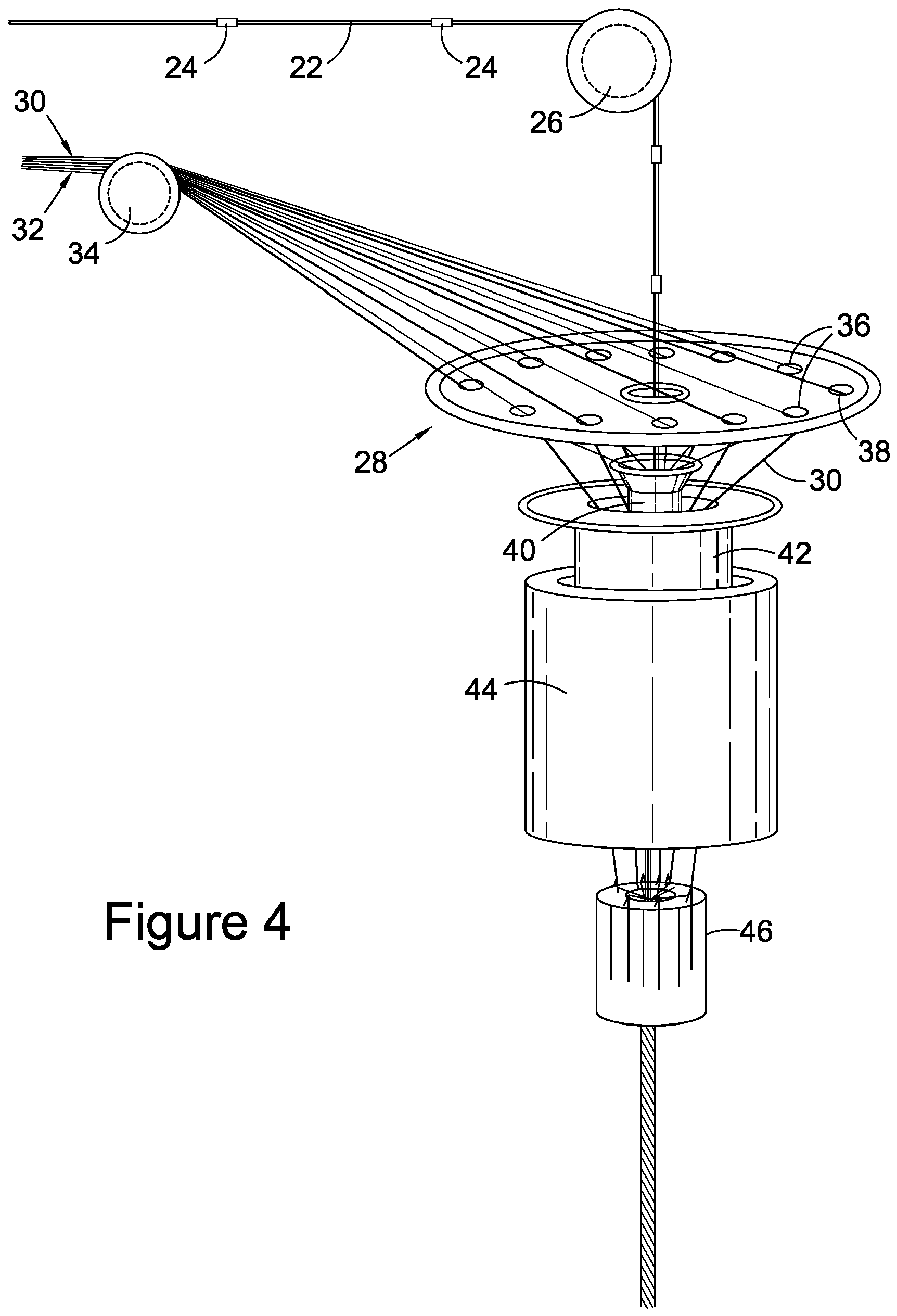