[0001] This disclosure relates generally to coatings for nickel-base superalloy components for use in gas turbine engines.

[0002] In gas turbine engines, various components are exposed to extremely high temperatures. Ceramic matrix composites (CMCs) have therefore been proposed as suitable materials with which to form such components due to their high thermal, mechanical, and chemical stability and high strength-to-weight ratio. For example, it is proposed to utilise SiC/SiC matrix composites, in which a silicon carbide matrix phase and fibre phase are combined, for seal segments form a seal ring around the turbine blades in the turbine stages of the engine.
[0003] However, problems exist in terms of provision of a suitable carrier material on to which the CMC components may be mounted. Whilst nickel-base superalloys are well-established due to their creep and oxidation performance at high temperatures, it is expected that if they are used as a carrier for CMC components that inter-diffusion of elements from the CMC (silicon in the case of SiC/SiC matrix composites) into the carrier, and nickel from the carrier into the CMC will occur. This will form a brittle intermetallic phase which could lead to component failure.
[0004] Q.X. Fan et al, "Microstructure and hot corrosion behaviors of two Co modified aluminide coatings on a Ni-based superalloy at 700°C," Applied Surface Science, vol. 311, pp. 214-223, 2014 (XP028875775, DOI:10.1016/J.APSUSC.2014.05.043) discloses two cobalt-modified aluminide coatings with different cobalt contents prepared by pack cementation process and above-the-pack process. The results indicated that the addition of cobalt improves on the hot corrosion resistance of a simple aluminide coating in mixed sulphate salts.
[0005] J.R. Rairden and M.R. Jackson, "A cobalt surface pretreatment for Ni-Cr-type alloys to attain pore-free aluminized coatings," Thin Solid Films, vol. 64, iss. 2, pp. 291-297, 1979 (XP025719879, DOI:10.1016/0040-6090(79)90523-6) discloses a process for forming dense, adherent aluminised layers on Ni-Cr-type alloys. This process is based on a previous discovery that cobalt additions of 2 to 20 percent significantly affect the morphology of aluminised coatings. To enrich the surface region of the Ni-Cr in cobalt, a layer of cobalt about (2-8) × 10-3 millimetres thick is applied by physical vapour deposition, sputtering or any other suitable process.
[0006] United States Patent No 4 962 005 discloses a palladium-modified aluminide coating for a nickel-base metal substrate.
[0007] European Patent Publications 1 693 478 A2 and 1 063 213 A1 disclose diffusion barriers for assemblies with metallic and silicon containing components, such as nickel-base superalloys and ceramic matric composites. The diffusion barriers proposed comprise refractory oxides.

[0008] The invention is therefore directed to use of a method of coating to protect a nickel-base superalloy component placed adjacent to a ceramic matrix composite, the method comprising steps of: depositing a cobalt layer on a nickel-base superalloy substrate; depositing an aluminium layer on the cobalt layer; and forming a beta-nickel-aluminide layer to produce the component.
[0009] There is also provided an arrangement comprising a component positioned adjacent to a ceramic matrix composite, the component comprising: a nickel-base superalloy substrate; and a cobalt-modified beta-nickel-aluminide coating on the substrate to prevent interdiffusion between the substrate and the ceramic matrix composite.
[0010] The arrangement may form part of a gas turbine engine.

[0011] Embodiments will now be described by way of example only with reference to the accompanying drawings, which are purely schematic and not to scale, and in which:

Figure 2 shows materials in a turbine stage of the gas turbine engine of Figure 1;

Figure 3 shows a coated component for use adjacent to a ceramic matrix composite in a gas turbine engine; and

Figure 4 shows a method of coating a component for use adjacent to a ceramic matrix composite in a gas turbine engine.

[0038] A sample of C1023 alloy was obtained. The sample was subjected to mechanical abrasion with 240 mesh silicon carbide paper. The sample was subsequently acid etched using ferric chloride for 1 minute, and then thoroughly washed and rinsed to ensure removal of all etch residues. The washing was completed using demineralised water in an ultrasonic bath for 2 minutes.
[0039] The sample was then placed in a bath containing an electrolyte which was a solution of cobalt ammonium sulphate, along with a wetting agent. The concentration of the electrolyte was 150 grams per litre. The anode was a rod of pure cobalt.
[0040] An initial strike was deposited by applying a current of 4 amps per square decimetre (with respect to the surface area of the sample) for 2 minutes. The electroplating process was then continued in the same solution at 2 amps per square decimetre until the thickness of the cobalt layer reached at least 2 micrometres. (In this example, 2 minutes was required but in other experiments up to 6 minutes was required.)
[0041] Following the deposition of the cobalt layer, the sample was thoroughly rinsed in demineralised water, and then dried. The sample was then heat treated at 1100 degrees Celsius for 1 hour. Vapour phase aluminisation was then carried out for 4 hours at 1040 degrees Celsius, with post-aluminisation vacuum heat treatment then being carried out at 1100 degrees Celsius for 1 hour.
[0042] The coating obtained was verified as being a beta nickel aluminide with a composition by weight of Ni: 59.15 percent; Co: 15.26 percent; Al: 19.06 percent; Cr: 5.31 percent; Ti: 1.22 percent - the chromium and titanium content being a result of diffusion from the C1023 substrate during the post-aluminisation heat treatment process.

1. Use of a method of coating to protect a nickel-base superalloy component placed adjacent to a ceramic matrix composite in a gas turbine engine, the method comprising:

depositing a cobalt layer on a nickel-base superalloy substrate (301);

depositing an aluminium layer on the cobalt layer;

a cobalt-modified beta-nickel-aluminide coating (302) on the substrate to prevent interdiffusion between the substrate and the ceramic matrix composite. 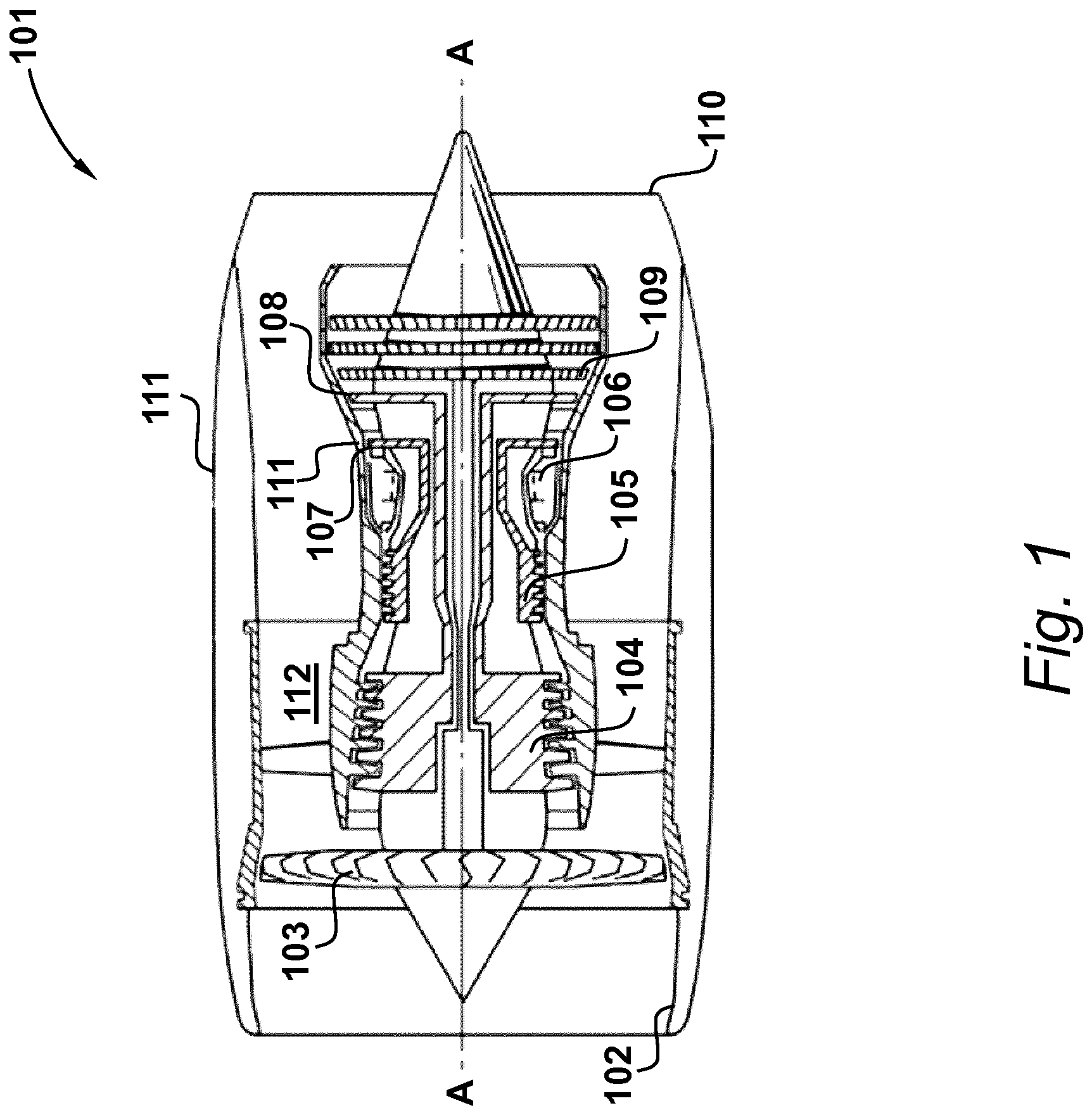 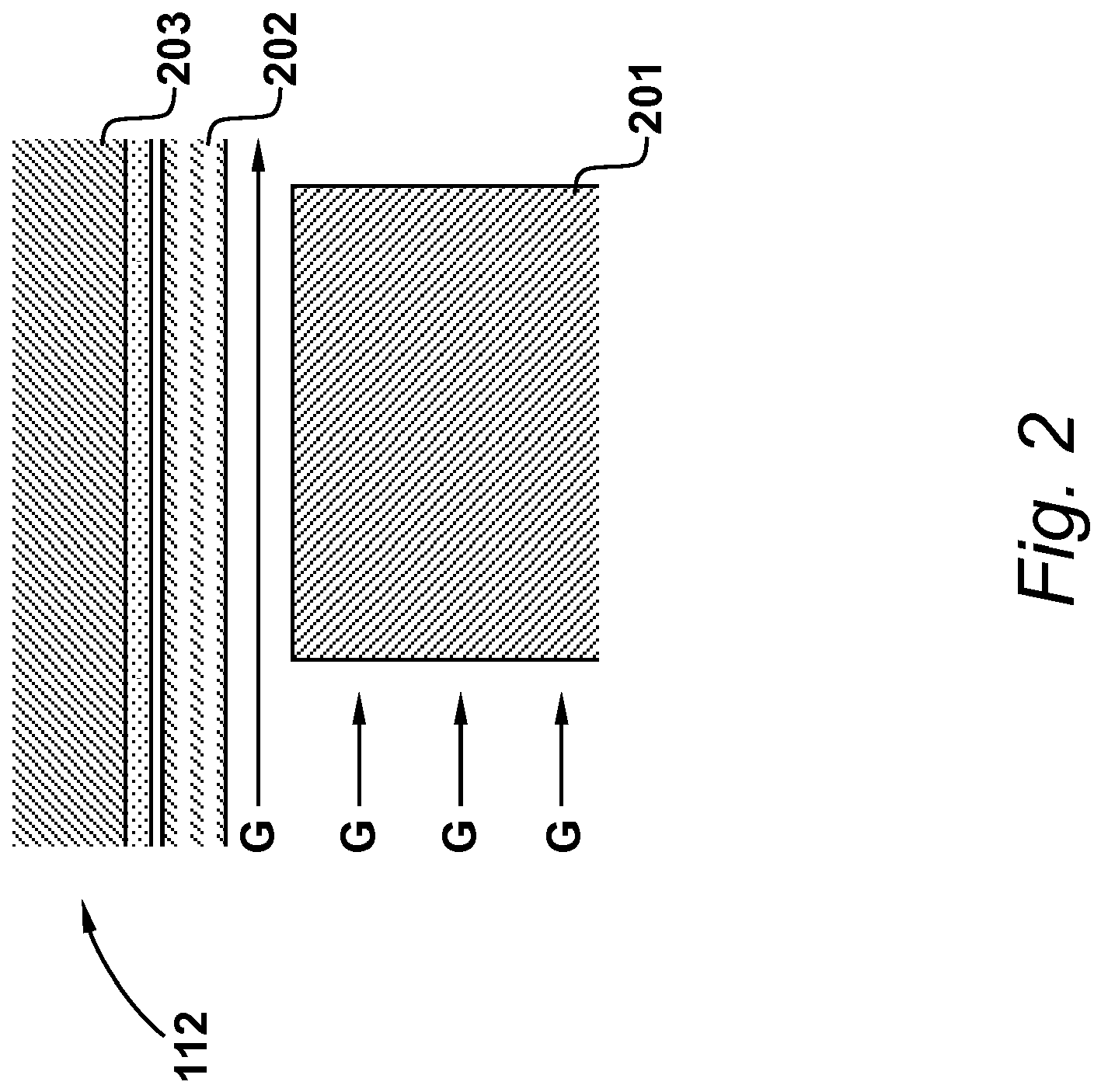 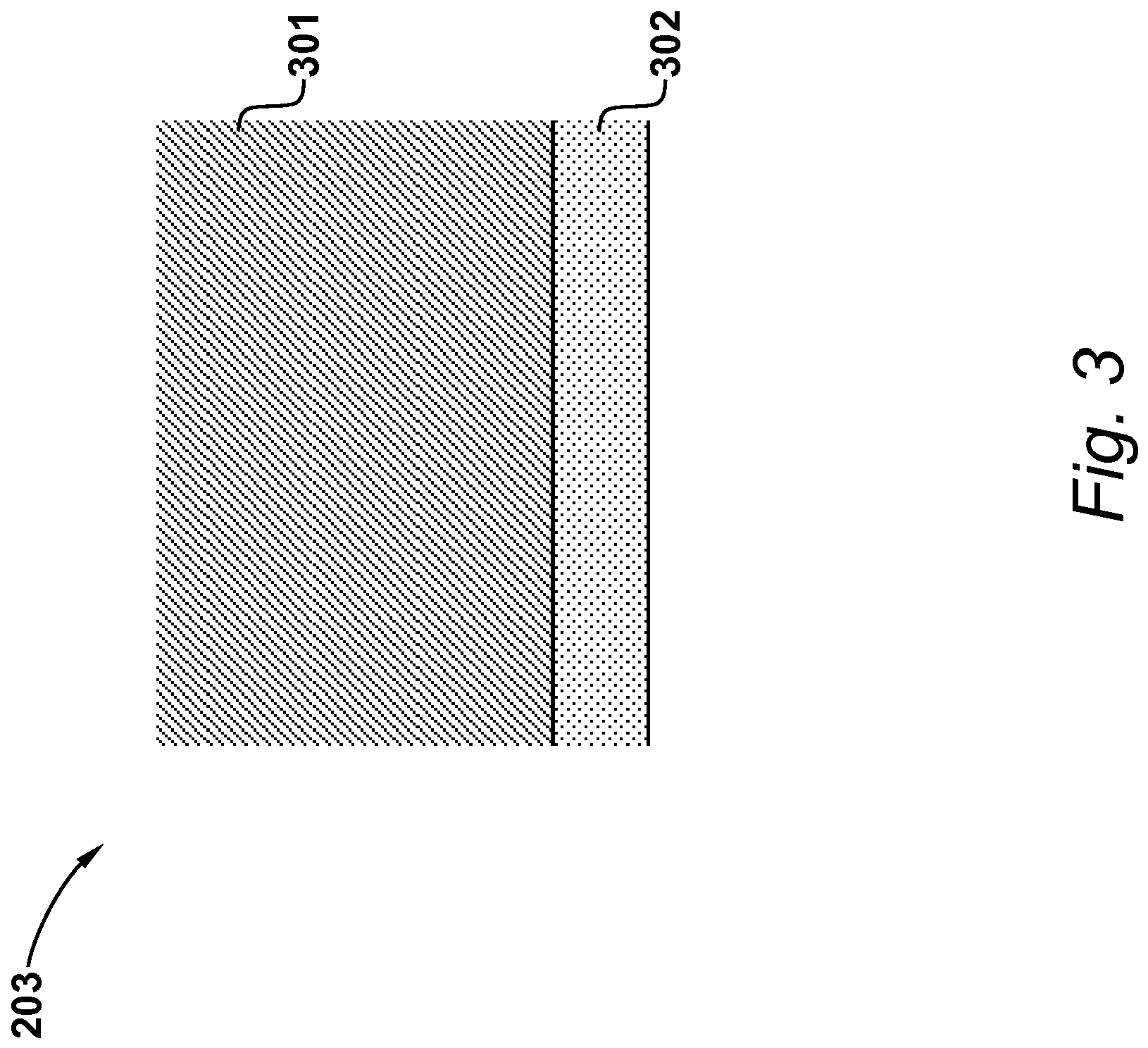