Figure 1 is a diagram of EMI detection and indicator system comprising remote detector units (RDU) wirelessly connected to a central terminal, which can be located offsite from the detector units. Any number of remote detection units can be connected to the terminal. The RDU provide visual indicators (1) of EMI events and system status. The central terminal also provides visual indicators through software via a graphic user interface (GUI).

Figure 3 is a representation of a device with an inverted log spiral antenna curved in Azimuth (the dark colour is the conductive surface and the light colour is the dielectric surface).

a broadband inverted spiral antenna for receiving EMI, the antenna having receiver protection; a logarithmic receiver configured to convert the EMI signal into a direct voltage proportional to the magnitude of the EMI signal; and

a peak/average detector and controller connected to the output of the receiver configured to generate a signal when the direct voltage developed in the detector exceeds a pre-set threshold voltage,

wherein the detector provides a means of indicating that EMI events have been detected.

a) a fixed hardware attenuator is used between the antenna and the receiver, the value of the attenuator being defined by the algorithm;

b) a software controlled potentiometer is used to fine tune the threshold, and 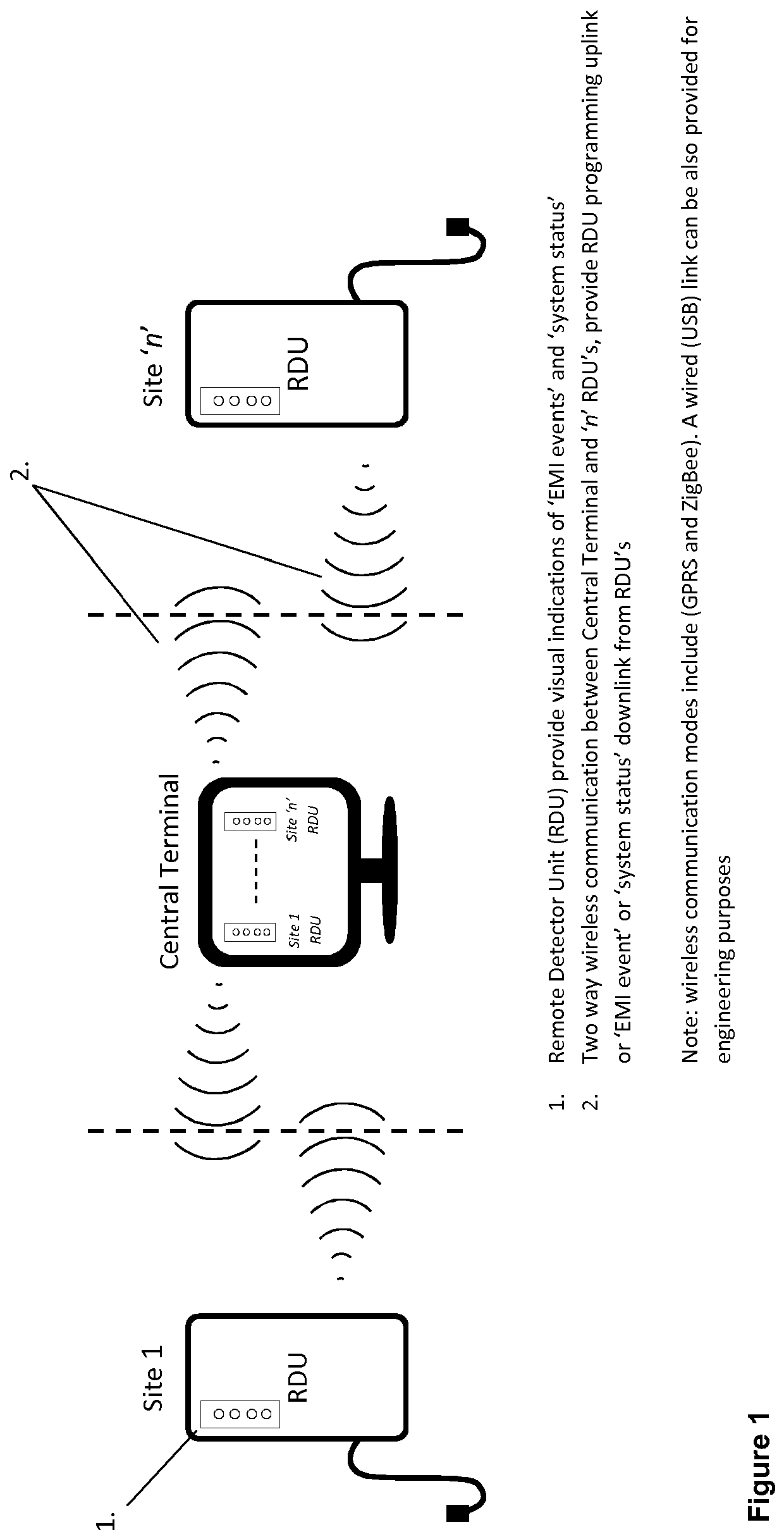 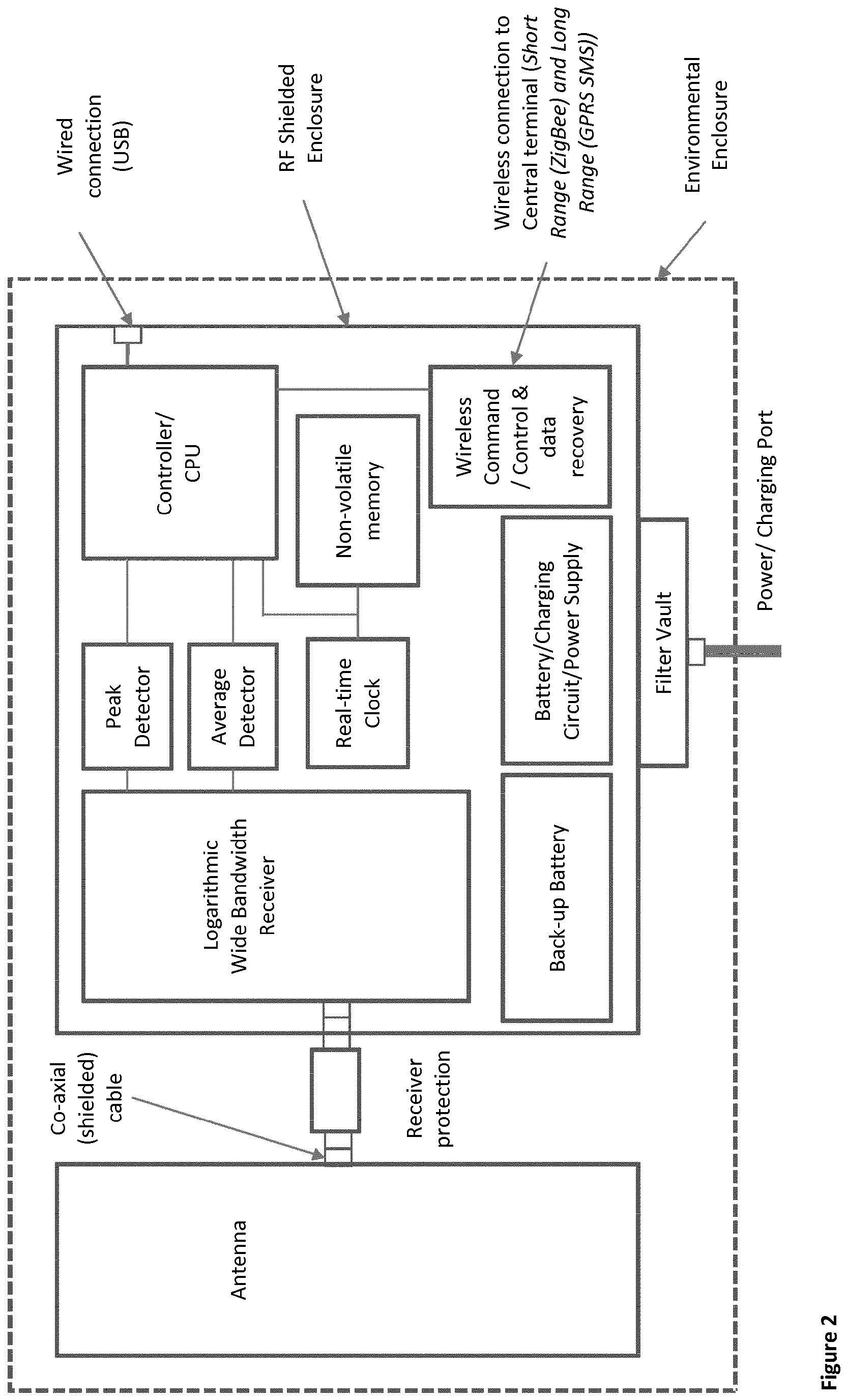 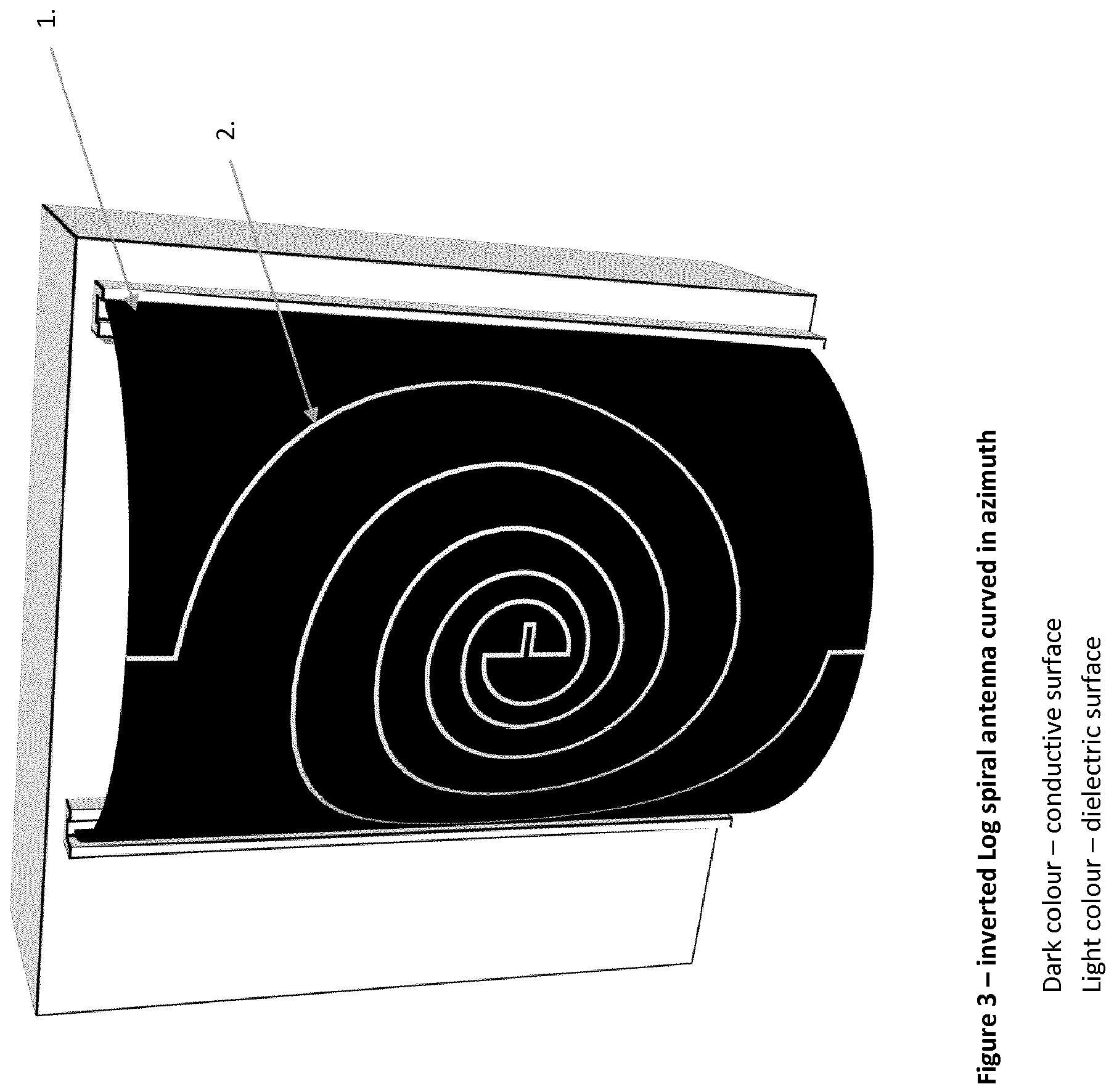